Albegas is the combined form of Alpha, Beta and Gamma robots. This configuration is called "Denjin Dimension".

This is a part of a series of cheap little statues made by an Italian company called Yamato Video. There are about 90 of them in the series, and they feature a cool assortment of robots, obscure bad guys, and even bases. Each retails for about 12 euros, which is pretty inexpensive.

Each comes packaged in a simple blister card. 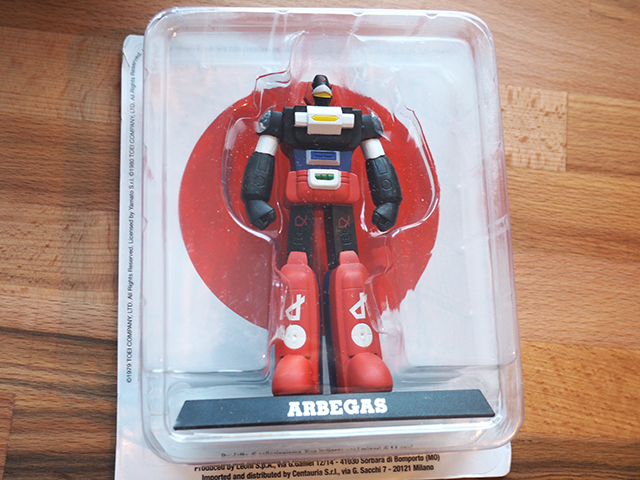 There are no points of articluation, and they are not removable from the base. 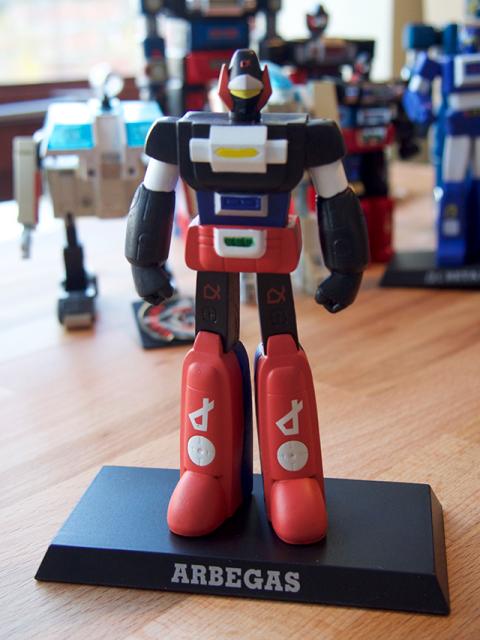 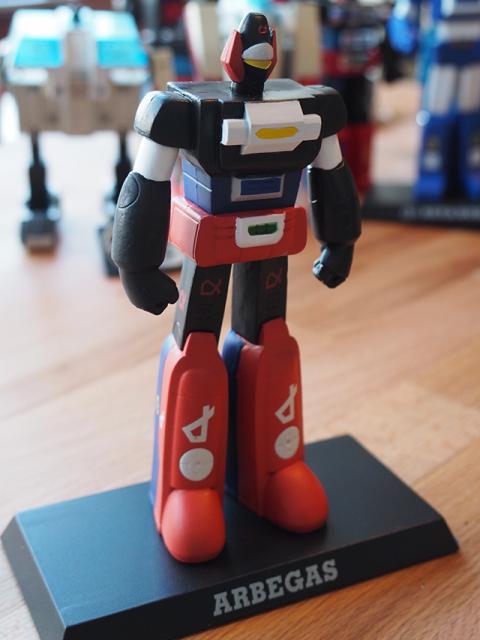 Including the base, they stand about 5.5 inches tall. 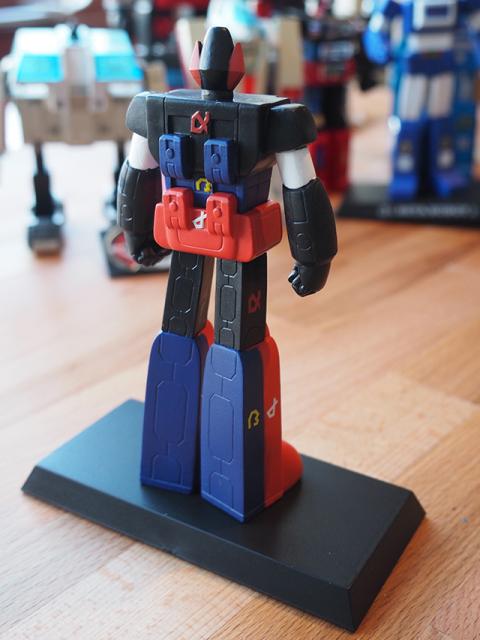 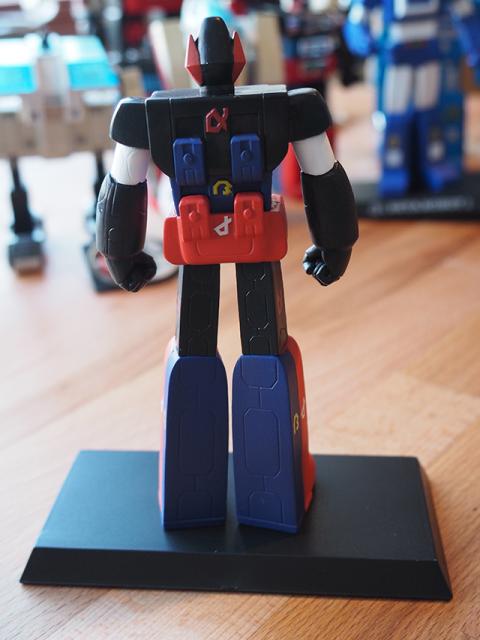 They are cheap, but I could not help inviting them to my Albegas party. The line is really fun to see all the different and odd things they have released.