Soundwave has always been one of my favorite Transformers, and the Rid2015 Warrior class one looked promising enough to me, but I didn't think I'd like it as much as I did.

Soundwave's alt mode is a heavily armored car that looks like "war for cybertron" soundwave combined with "Prime" Breakdown, and although I think it's a little obnoxious for him, it's a really solid vehicle mode that's pretty well detailed for rid2015 despite the semi obvious robot arms kind of sitting over the back wheels. Soundwave's very G1 evocative shoulder cannon can fit in 6 different spaces on top of the vehicle as well so you can easily equip the vehicle with other modern Transformers weapons. 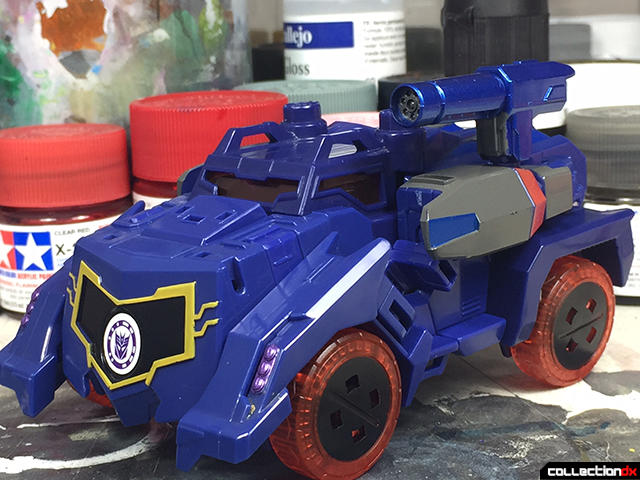 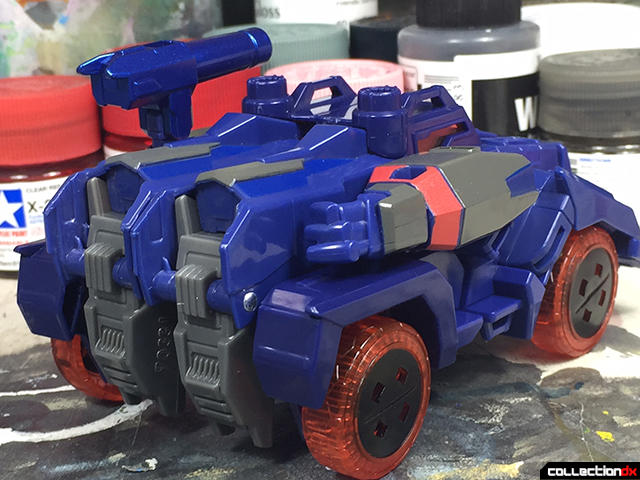 Soundwave's Transformation is really inventive, and surprisingly involved for an rid2015 figure. The back wheels fold in on themselves to form the legs, the more or less obvious arms swing around into place where their panel sections are folded around, and the front of the armored car completely engulfs the cab, completing the robot mode.

Soundwave's robot mode is pretty big and wide, but looks enough like him that I can't complain. This mode as a whole is really solid, and lacks some of the hollowness that plagues other rid2015 figures. I really like the gray lower arms with the red stripes as it's a detail I didn't expect them to carry over from the G1 design. Articulation is pretty standard, but excels in some areas; for instance the shoulders have a very wide range of motion, and he has a diaphragm swivel. Soundwave's sole accessory, the shoulder cannon, can be mounted as such on both sides of his body. One added touch is that this weapon can tilt up on it's own designated hinge for shooting Airborne Autobots (it's rid2015 so all three of them) out of the sky! 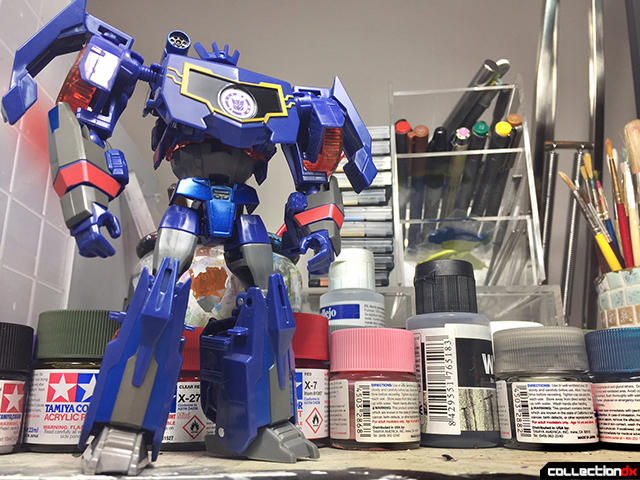 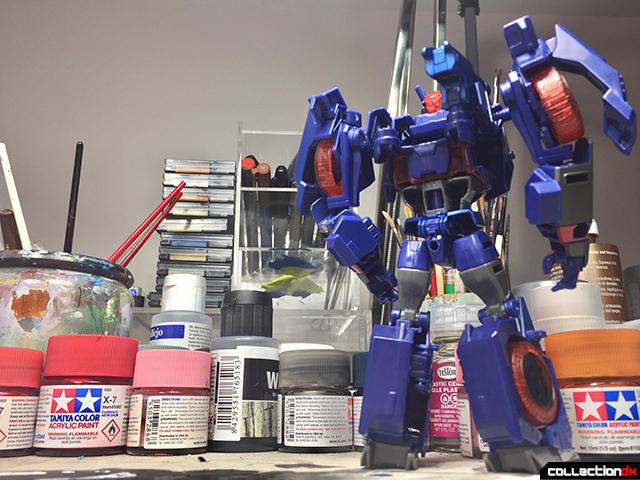 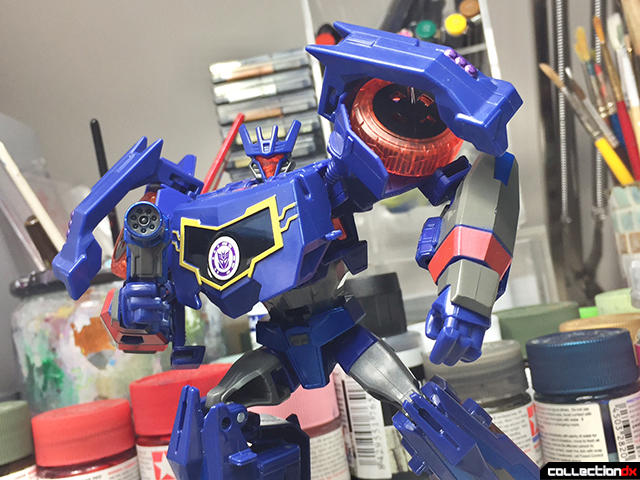 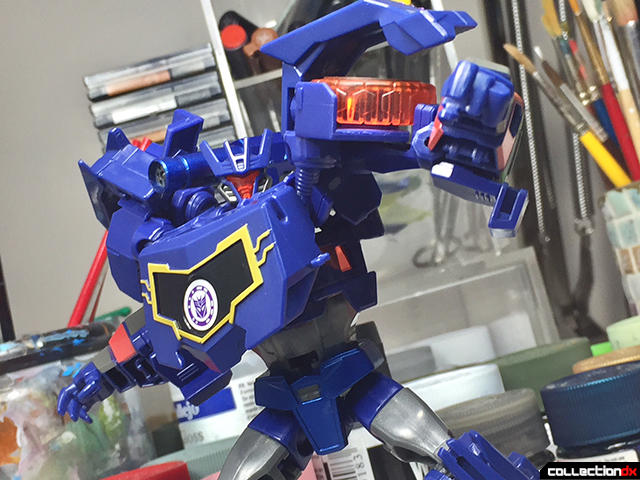 Soundwave is more of an average height as far as deluxes go, but he's very wide as well. 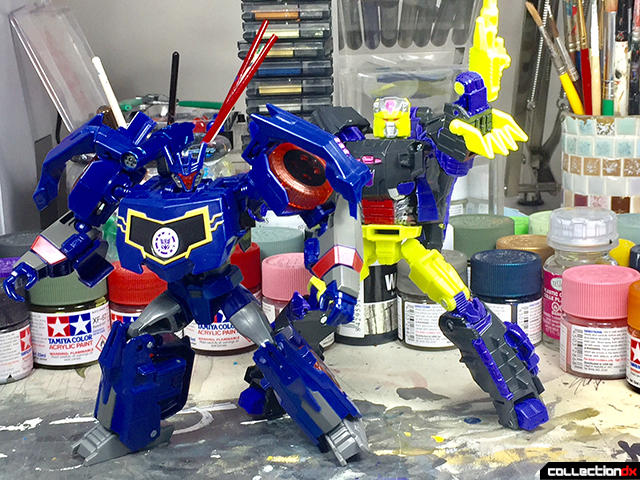 Overall, I think rid2015 Warrior Class Soundwave is probably one of the best in the line, as it doesn't fall for any of the trappings other warrior class figures have. The paint is good, the transformation is well developed and intuitive, and the hollow parts are very few and far between. Honestly, $15 is a justifiable price to pay for a figure that would make a great addition to your collection.

2 comments posted
Just wanted to give you a

Just wanted to give you a little critique; I guess showing your figures with all the paints and stuff in the background is kind of "your thing" but I always have a tough time seeing the figures in your reviews because of all the stuff you have in the background. Its hard to make out the figure's silhouette. Especially when reading them on my tiny tablet screen.

I’m actually going to try out a new background for some reviews in the near future! In the transition phase between then and now however, they’ll be a mix of reviews with both backgrounds before I can exclusively use the new one