Transformers the last knight has come and gone and, although I was admittedly excited for the movie, and hoped it would be good, I never actually saw it! Here's hoping that the Bumblebee movie will be better but honestly I'll believe it when I see it.

To the contrary, I've heard great things about Hasbro and Takara's voyager class Last Knight Megatron (Galvatron?) figure, but due to the shoddy distribution in my area, I still haven't seen one in stores.

In lieu of an original figure, I decided on Black Mamba's recolored, diecast version as it was both less expensive and seemingly even better than the original!

Megatron's jet mode looks amazing. The design itself is very interesting, as it blends contemporary terrestrial fighter jet elements with some more cybertronian features, making for a menacing predator of a fighter, with a more cohesive design than that of say, 2007 movie Megatron. The color scheme is surprisingly bright, as the gray plastic used throughout has a slightly blue-ish tint to it. In addition to that, there are gold and metallic blue highlights used all over the alt mode that look awesome, and help a normally drab color scheme look more dynamic and interesting. I will say that the robot mode feet hanging off the wings annoys me a little bit, but that's just nitpicking. Those parts annoy me a little bit more on Rendsora, as that figure is just so much bigger than this one, but even then I couldn't think of anywhere else they could go, so that criticism might not be very legitimate. 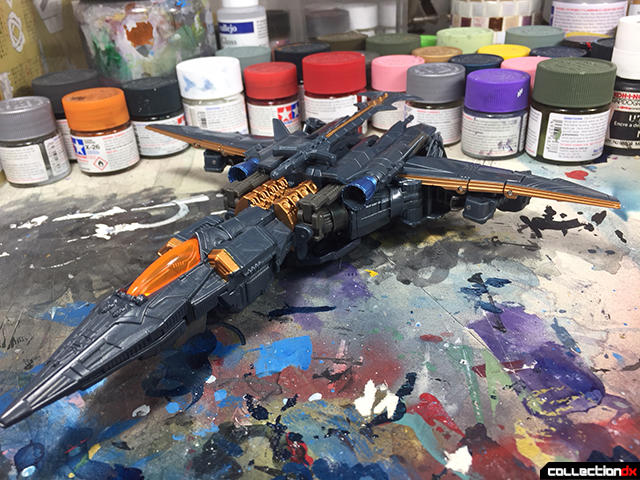 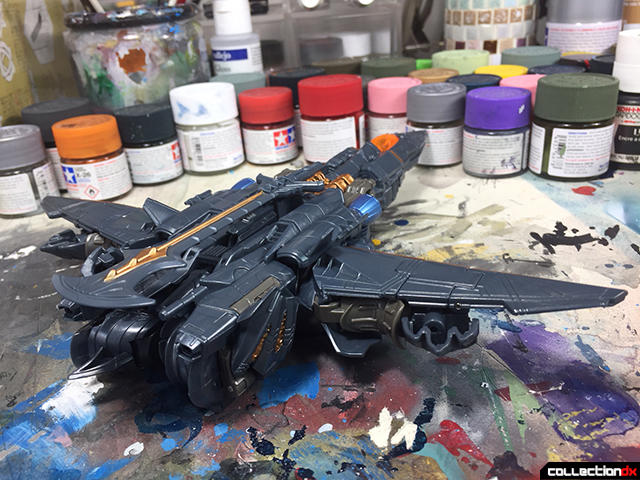 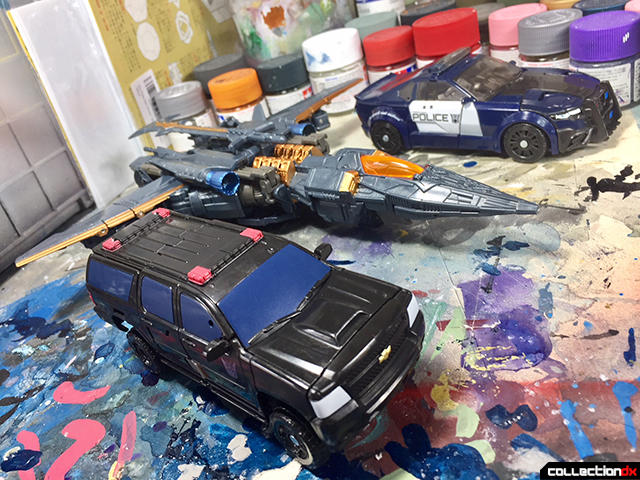 Megatron's transformation is honestly one of my favorite in recent memory as far as American retail Transformers go. Basically no reliance on panels, everything pegs together, and the robot actually makes up parts of the jet mode without just having a huge backpack in robot mode. In fact, there's basically no back pack at all! I don't think I would be doing it justice by walking you through it, so I'll refrain from doing so, but let's just say I could transform this figure all day.

Megatron's robot mode is thankfully, a similar story, as the mostly clean, refined alt mode design definitely carries over here. Because of that, Megatron has virtually no kibble anywhere that isn't an intentional design element, and to be honest, although the live action movie characters tend to stretch the limits of what a transformer can look like, he even then doesn't look very much like one by those standards. Don't take that the wrong way however, because this robot mode still looks awesome! I really appreciate the additional gold details on this Black Mamba version, because it makes the color layout a little more visually interesting than the Hasbro or Takara version. One more additional detail that needs to be said is for the diecast metal on the figure's front skirts. I really appreciate this inclusion, because just that relatively small amount of metal makes a big difference in terms of Megatron's weight. 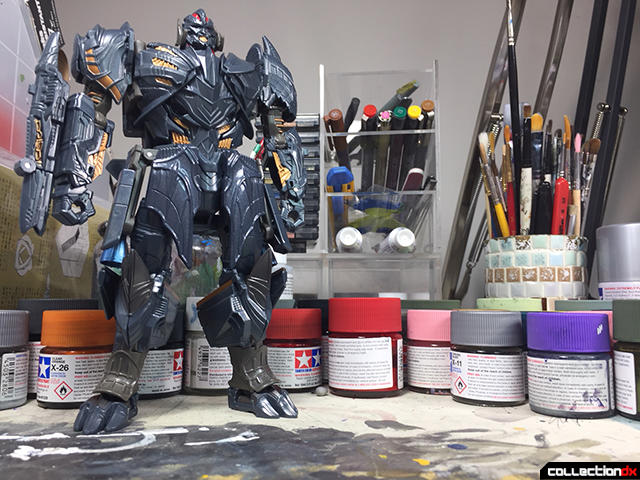 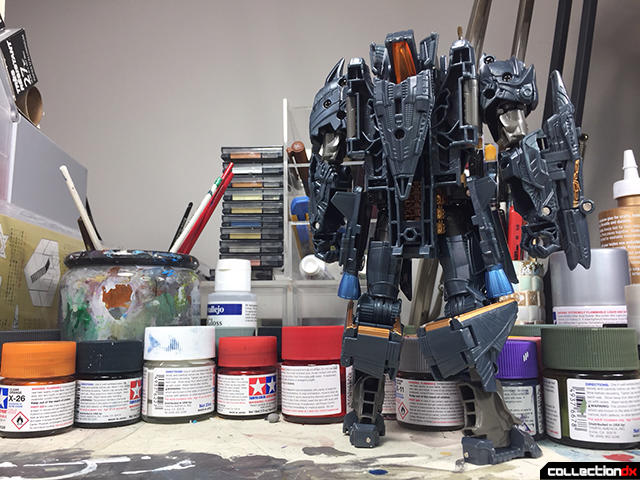 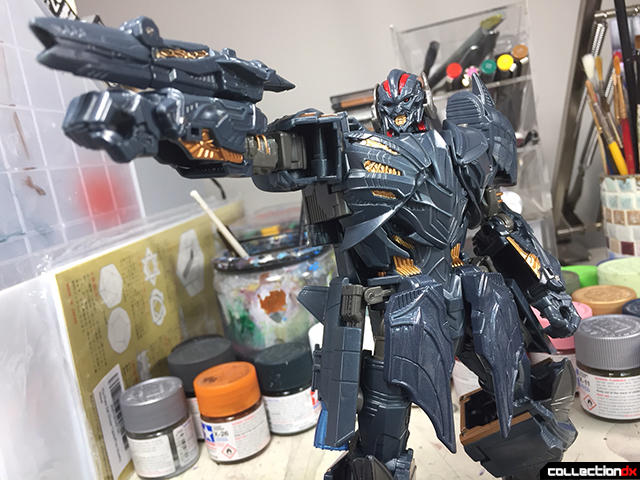 Articulation is nothing too noteworthy aside from an ankle pivot, but that's fine by me. What is noteworthy, comes in the form of Megatron's giant sword! It's not only just a very cool looking accessory, but it's additional gold paint make it fit the more colorful aesthetic of it's wielder. 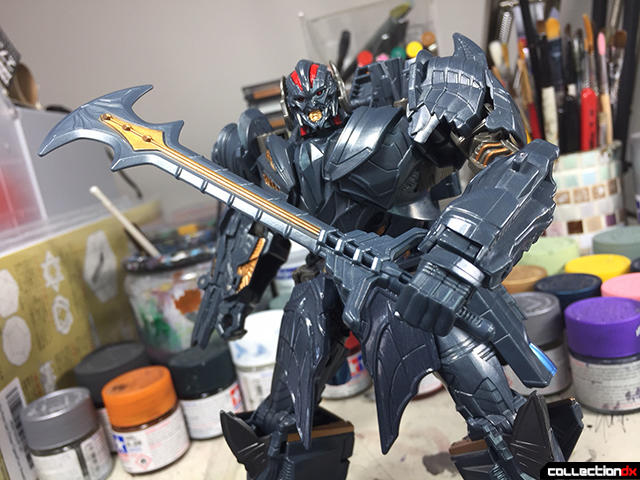 Height is appropriate, as Megatron towers over his fellow Last Knight Deceptions. One question I do have, is why Black Mamba never oversized this Megatron figure to go with their Optimus Prime, because the height difference is really distracting when both figures are seen together. 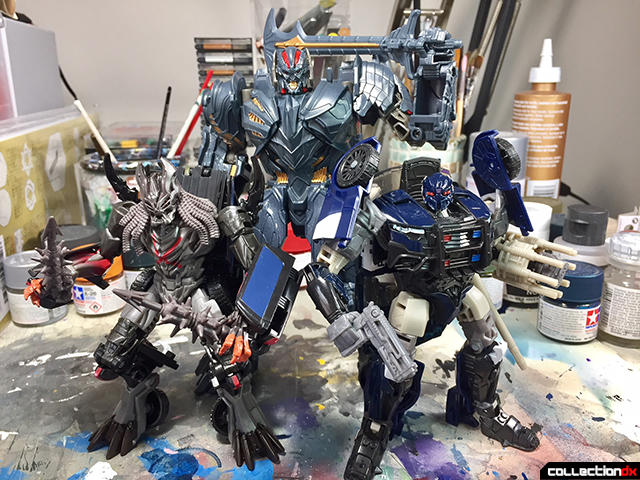 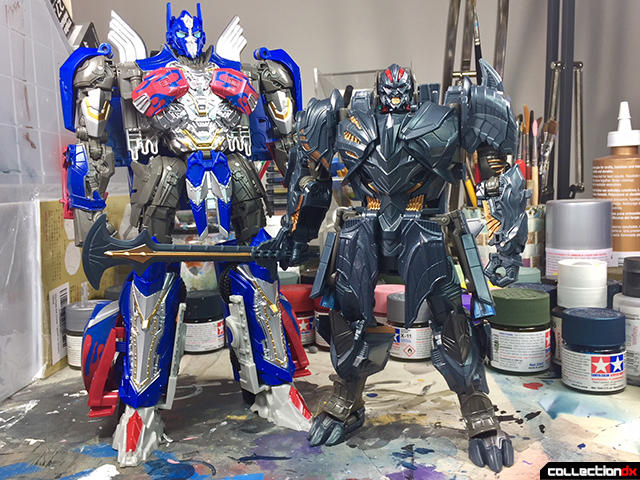 Overall Black Mamba's ko Last Knight Megatron is a solid improvement on an already very good figure. So good, that if you are ok with ko's, I recommend it wholeheartedly. You definitely won't feel disappointed.

You're not missing much, TLK was the worst of the Michael Bay TF movies.