The latest entry in the smash hit Fate series is mobile game Fate/Grand Order, where the player and their favorite historical and/or fictional characters team up to save civilization as we know it. Along with an animated special, the game also has no end of merchandise, including the main heroine Mash Kyrielight. Belonging in the unique Shielder class, Mash’s abilities make her a very powerful ally and appealing character. To go with the rest of my Fate collection, I held out for her Figma release. 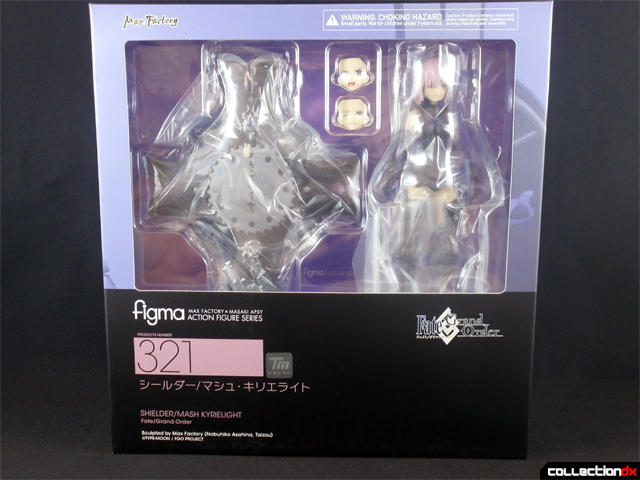 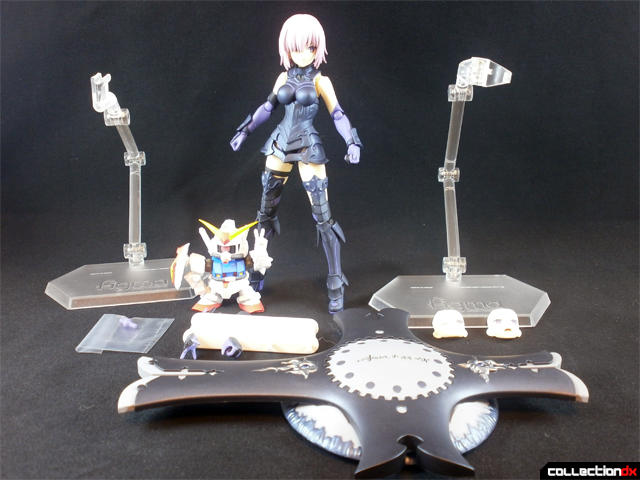 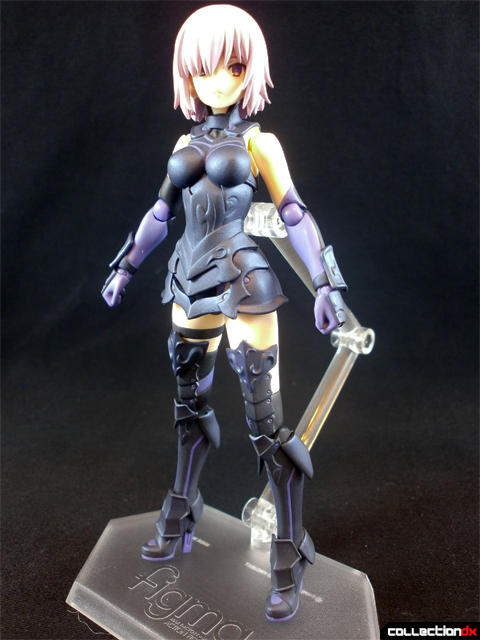 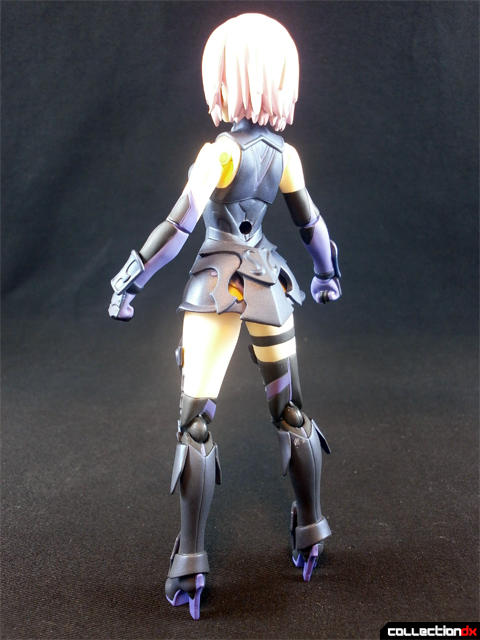 When Servants are powered up in Fate/Grand Order, their appearance often evolves with them. This Figma depicts Mash in her first “ascension” costume. The standalone figure is remarkably detailed but hard to balance without a stand. 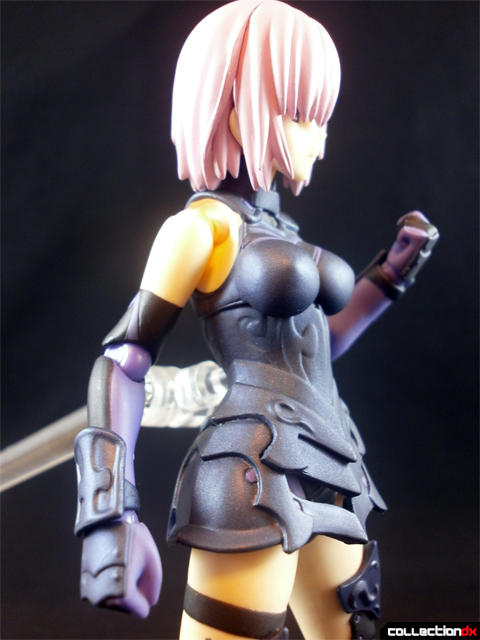 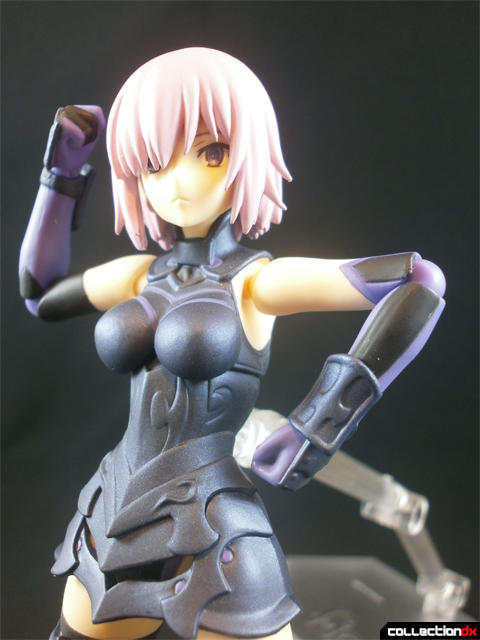 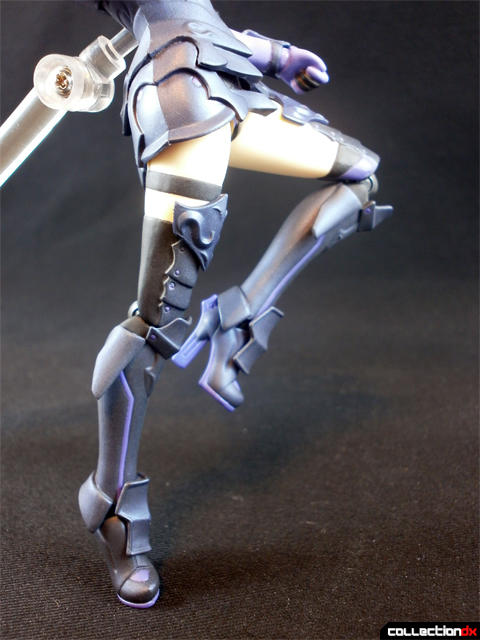 Articulation at the elbow and shoulder is superb for Mash, but her ankle and hip joints are very constrained by her armor. 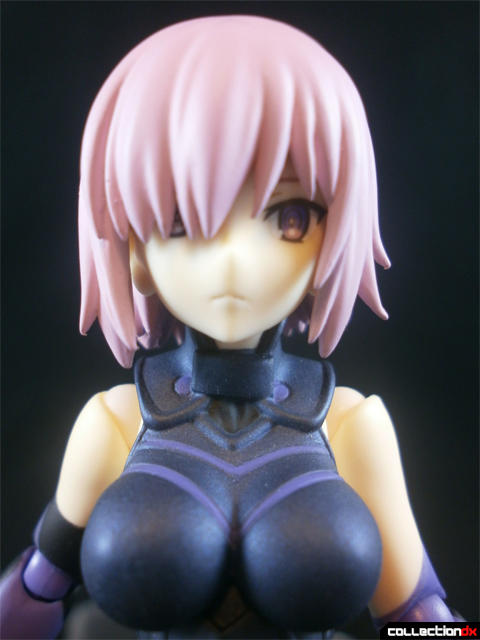 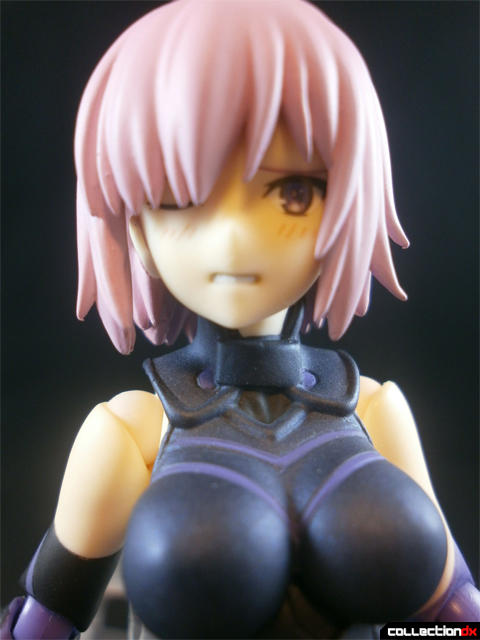 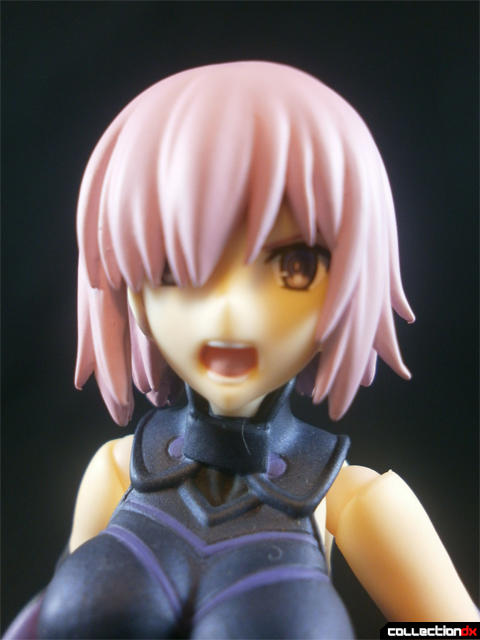 While all the faces that are included are spot-on, I would have liked a smiling face as well. 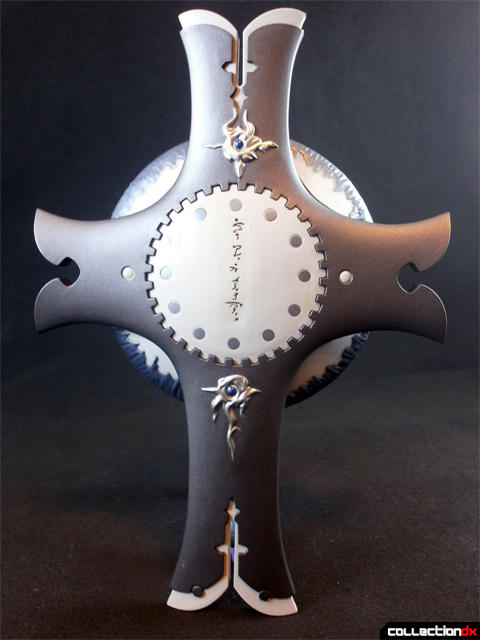 The shield is flawlessly brought to life, it looks great and it’s lightweight enough that Mash’s arm can hold it in the air securely without a stand. 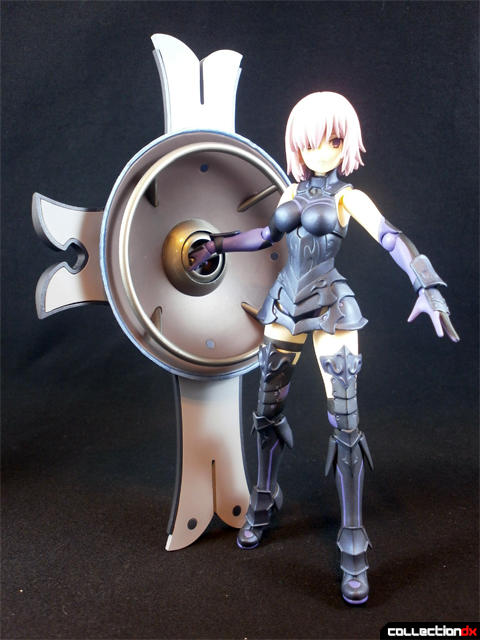 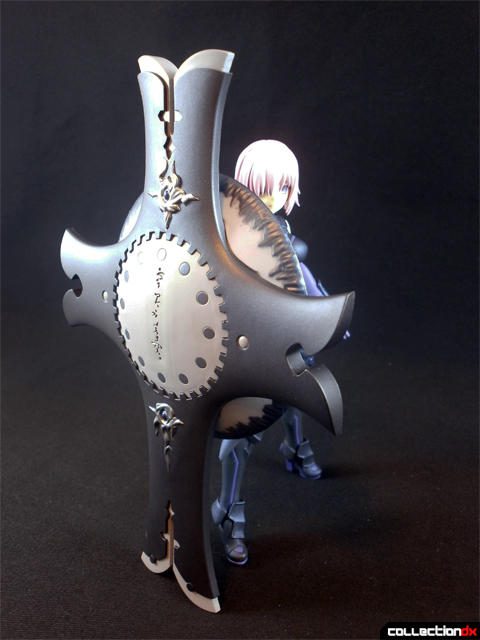 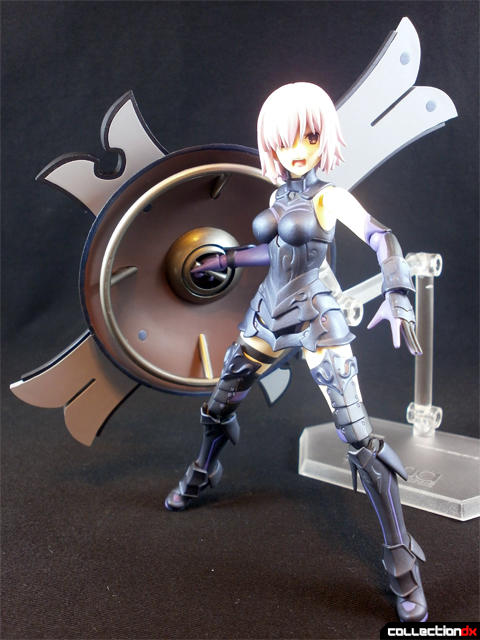 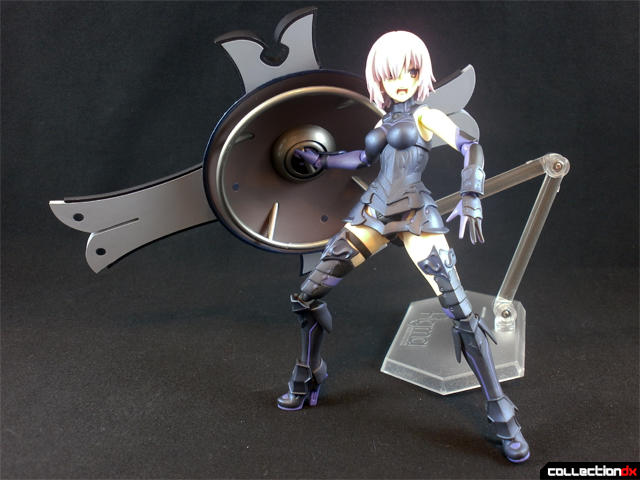 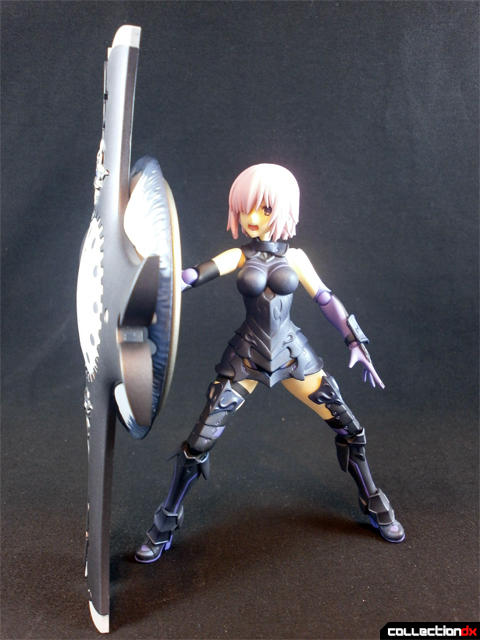 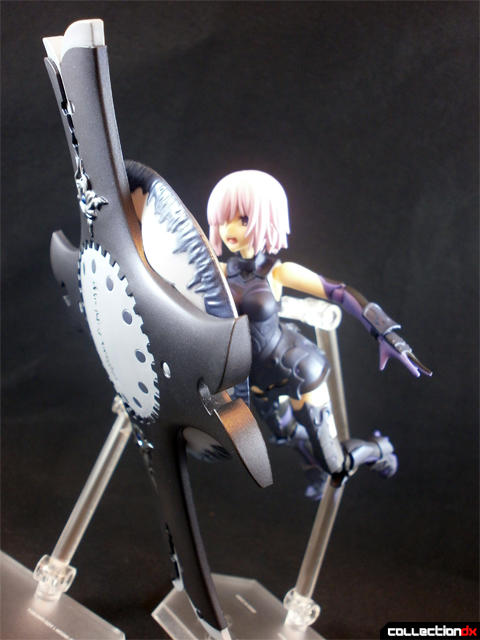 With the help of the included stands you can replicate Mash’s pose for her Noble Phantasm, or have her come in for a Buster attack. 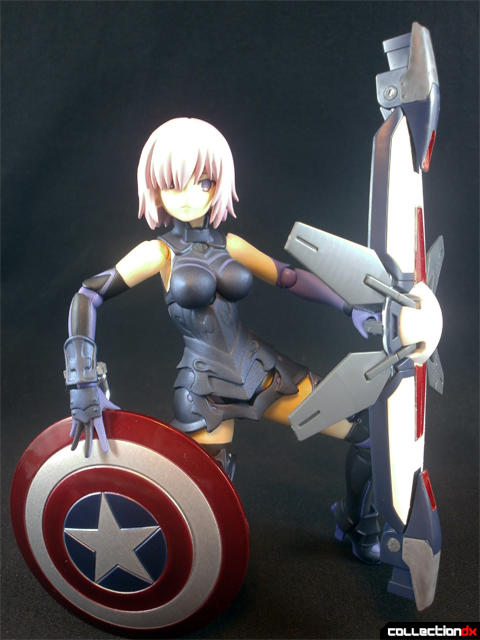 Mash can securely hold other weapons besides her own, so you can give her as many shields as you want. 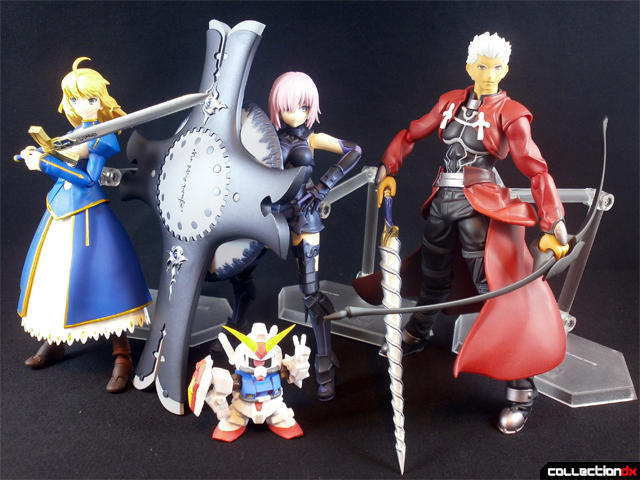 While this figma of Mash is already sold out everywhere, a reissue can’t be far off, and she’s well worth it. In the meantime, you can check out the English version of Fate/Grand Order out this summer.