CLAMP’s Magic Knight Rayearth is the story of three young girls transported to a magical world to battle evil sorcerers and save the princess of the land (this plotline definitely sounded much fresher in the mid-90s). Rayearth was one of the first manga I ever read so I was very excited by the announcement of figma from the series, starting off with the main character, Hikaru Shidou. 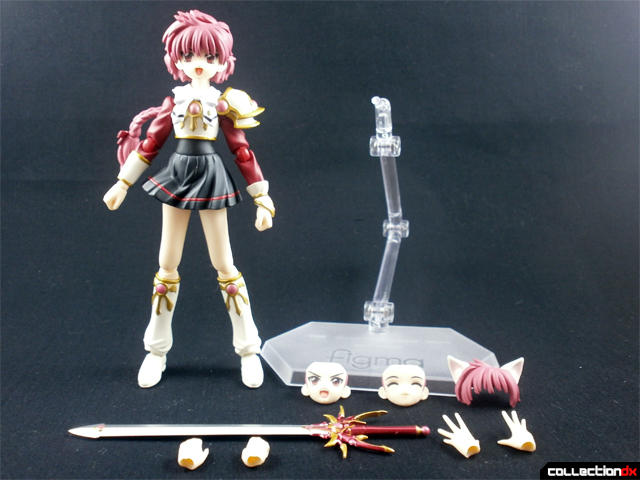 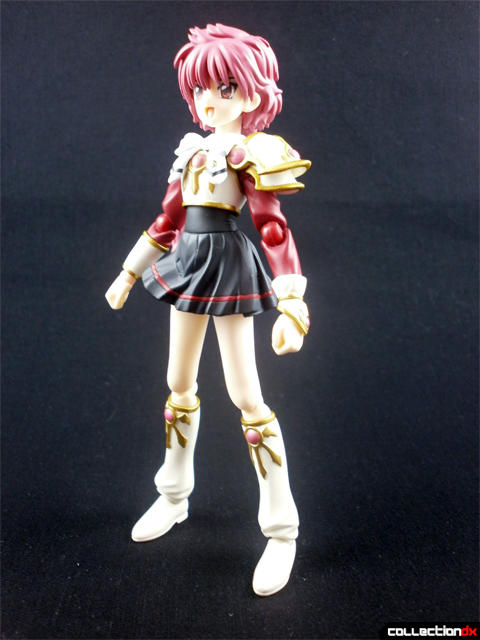 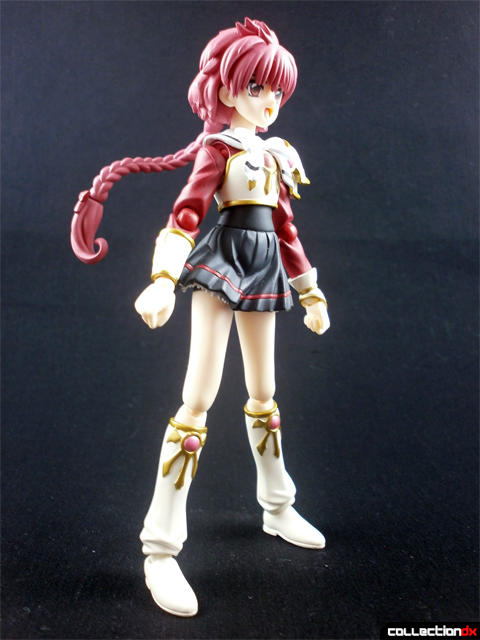 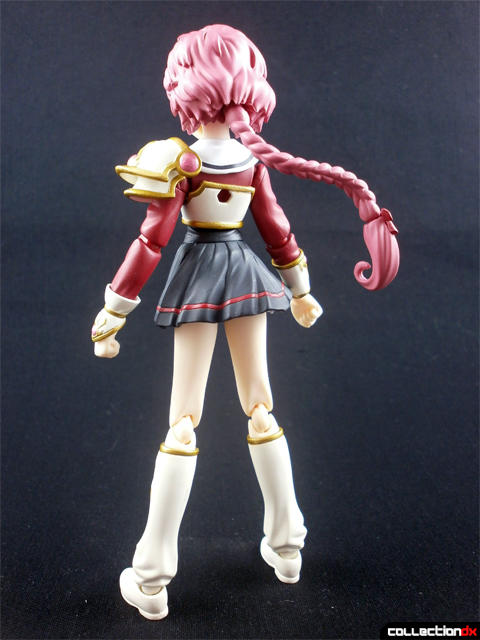 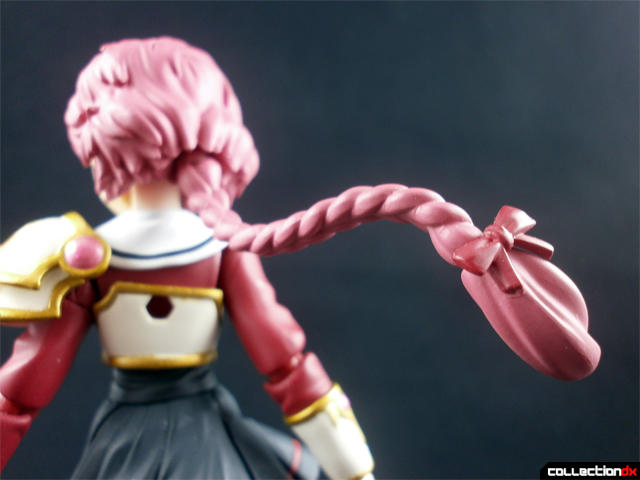 The Figma depicts one of Hikaru’s earliest appearances, as over the course of the series her armor evolves significantly. Her braided ponytail is on a balljoint and can be moved any which way you like. 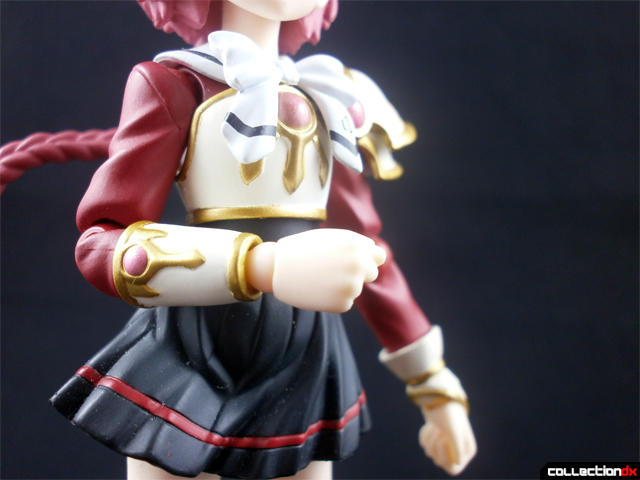 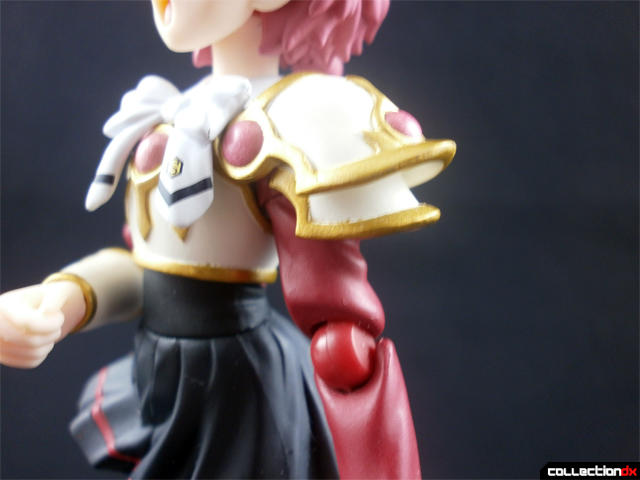 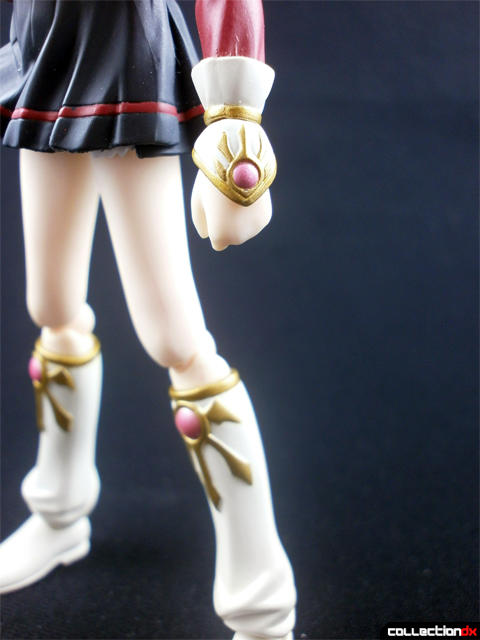 Figma’s usual attention to detail is ever-present across the details of Hikaru’s armor, right down to her tiny glove. 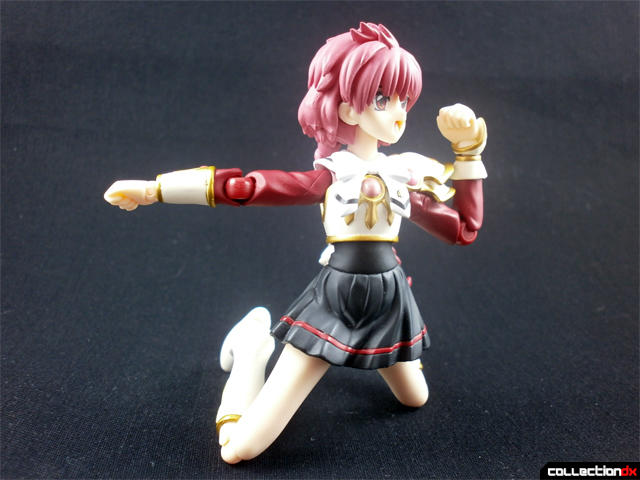 Articulation is slightly hindered by the shoulderpad and the skirt. 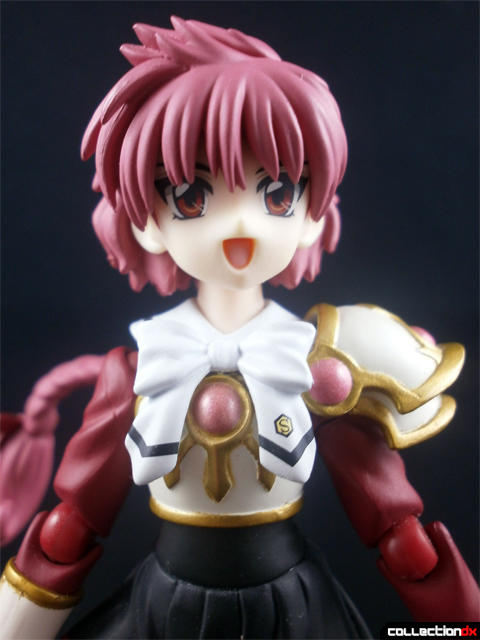 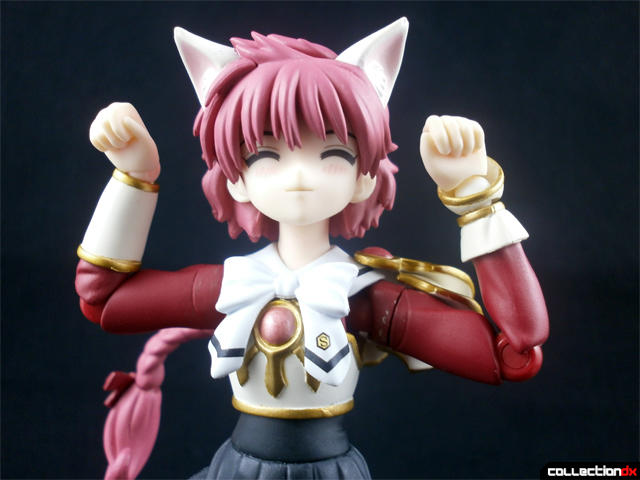 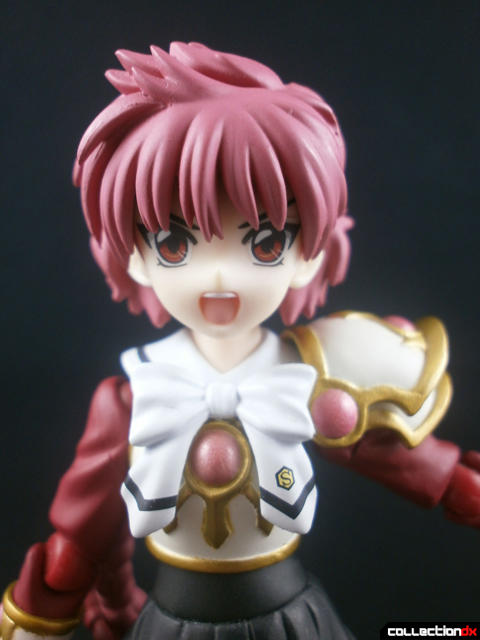 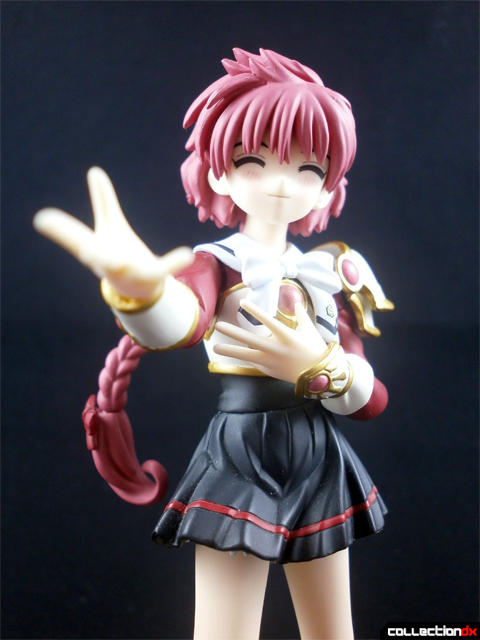 Your three options for faceplates are a wide smiling face, a beaming face that goes with the cat ear hairpiece, and a shouting face. 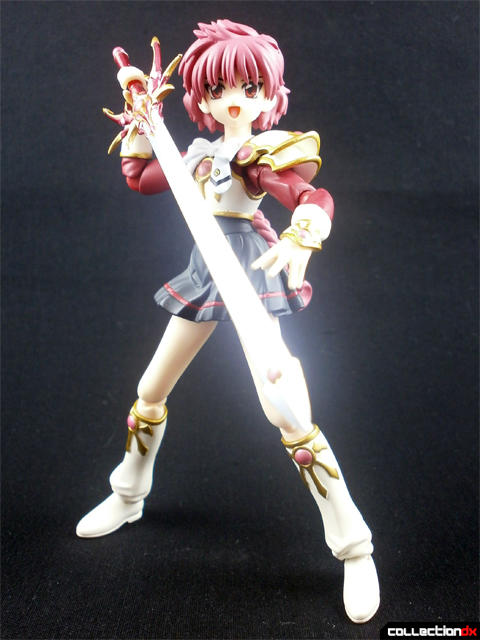 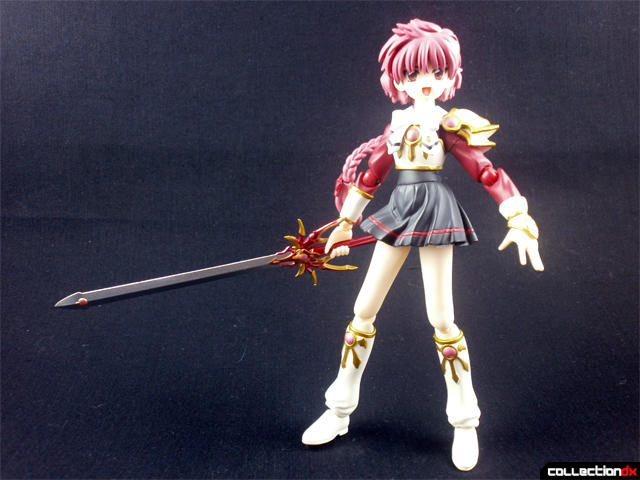 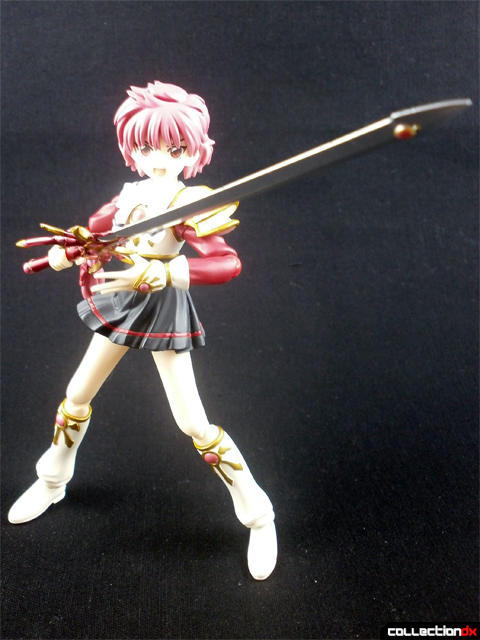 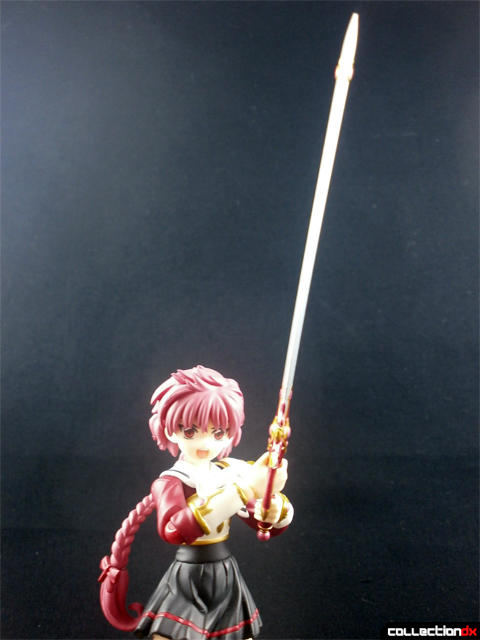 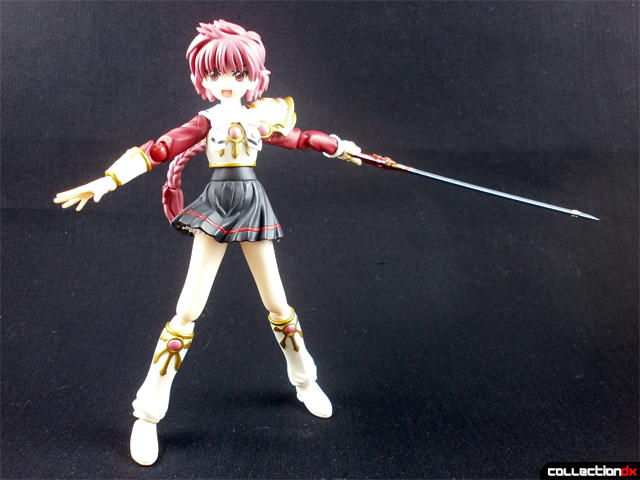 Moreso than any other Figma I’ve gotten recently, Hikaru is incredibly fun to put into all sorts of action poses. She also balances incredibly well, I only used the included Figma stand once during this review. 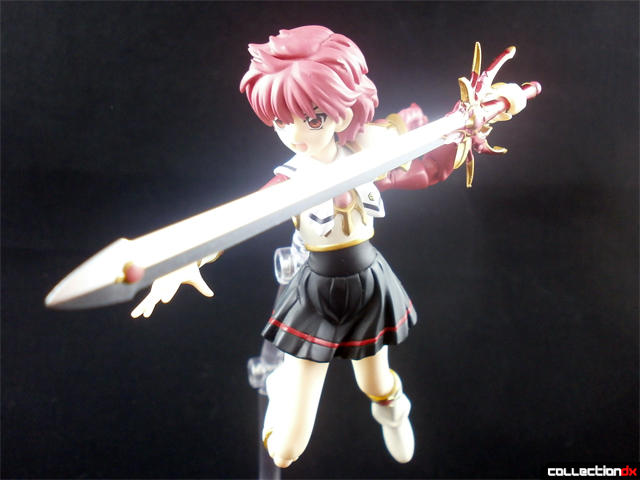 Overall, I really like this Figma, but she could have come with more for her price. Between Rayearth and Cardcaptor Sakura I’m also excited about the prospect of more modern figures of CLAMP series (if anyone from max factory is reading this, two words: Angelic Layer). If you’re at all a fan of Rayearth I’d definitely recommend at least picking up your favorite from the series, as all three main girls are now released or at least announced.