The color scheme threw off quite a few people when it was announced, but I actually think it's fitting for the paladin esq. design, although other colors might suit it better. I really like the Grimgerde inspired armor parts, that make such a bulky mobile suit actually very dynamic and poseable, and while the armor looks like the grimgerde's in parts, and the inner frame is mostly the same, every blue and beige panel covering the frame are all new parts! My favorite aspect of the design, is the head! It reminds me heavily of the Kämpfer as a horned knight, and the piercing yellow mono eye definitely helps. As was referenced earlier, the hg Helmwige Reincar has some great articulation that really defies it's heavily armored design. Every joint present in the Gringerde like the pull out shoulders and diaphragm joint hinge make a full appearance here, and to great effect, as the joints themselves are so solid that posing the figure is just really fun. 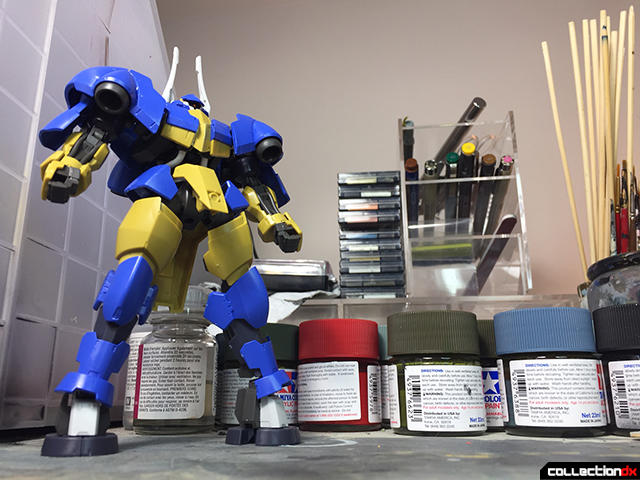 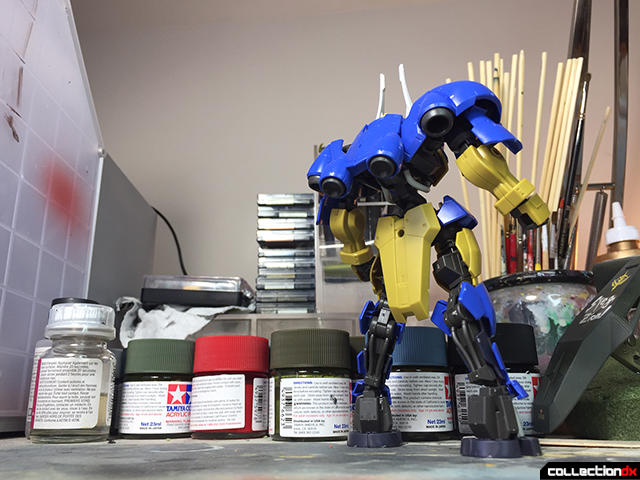 But, what would posing the Helmwige Reincar be without its huge sword! It comes in two parts, a giant sword, and a mace. The former has an extendable handle for double handed poses, and can be held at it's hand guard for some reason. The two weapons can combine (although not very securely) into an incredibly long sword that be extended and retracted just like the sword on its own. For wielding the weapon, alternate feet are included to provide some extra stability. Lastly, an adapter is included that goes in between the Helwige's front skirt and waist in order to store the sword. This definitely favors practicality over it's looks as, honestly this might be the worst looking spot it could have gone, but it does make sense to me, as it is easy to grab. 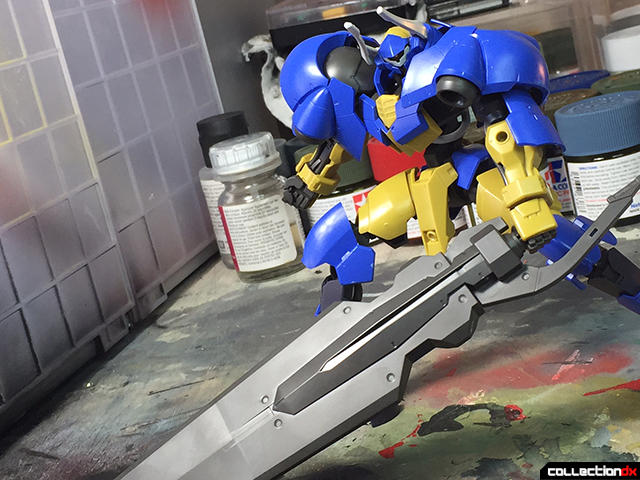 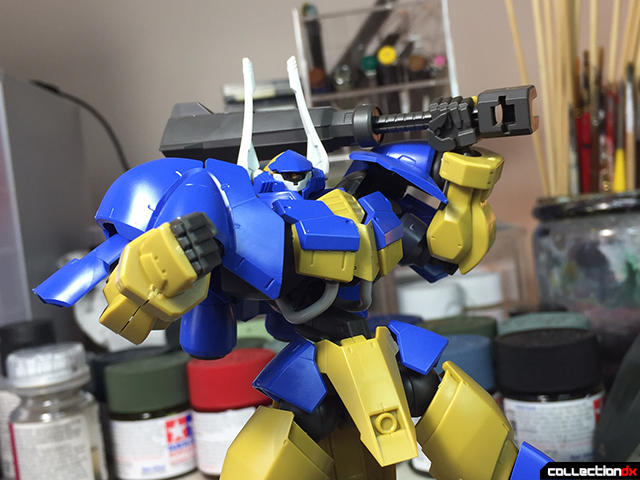 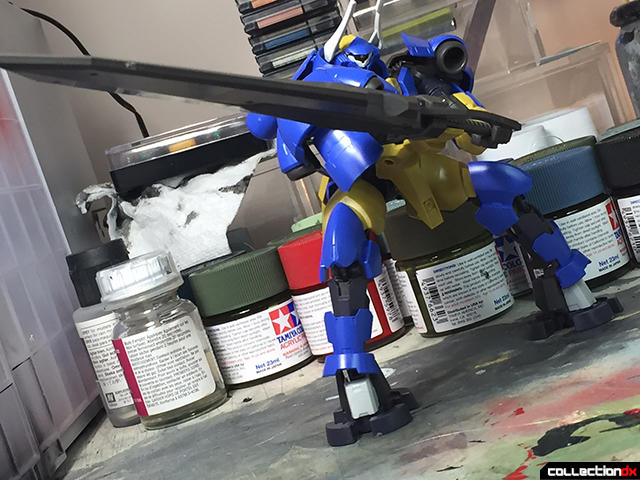 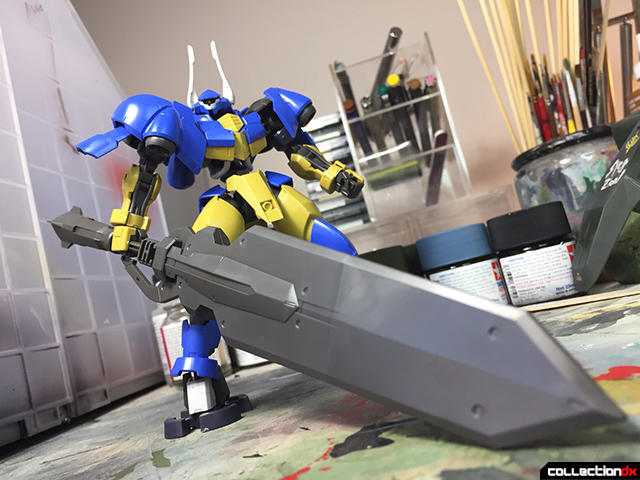 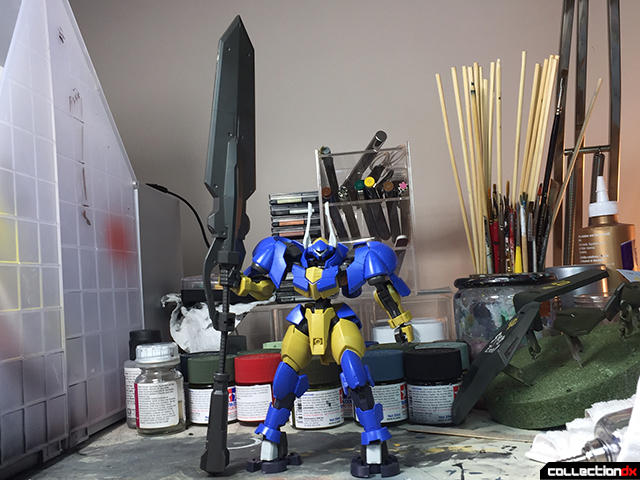 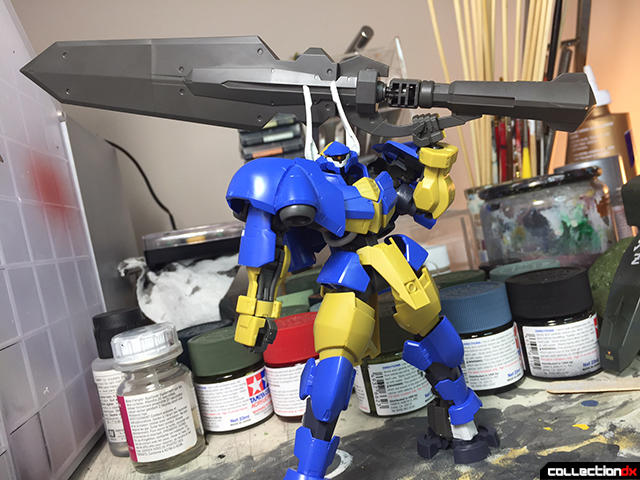 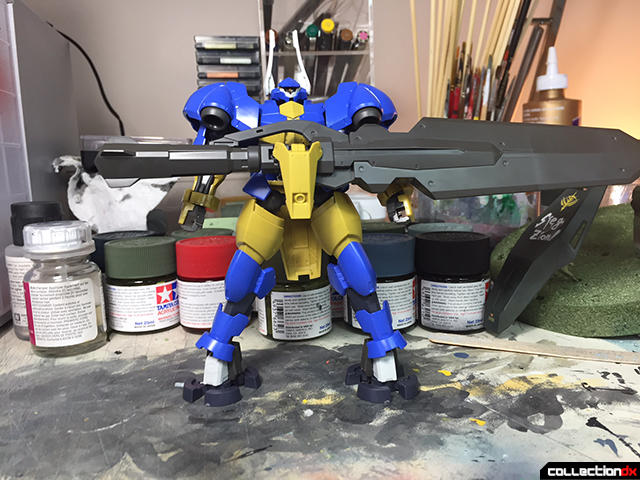 In addition to those accessories, the hg Helmwige Reincar actually has some unobtrusive gimmicks as well! First is that, the horns on his head can fold down to face forward, which looks pretty cool and intimidating. More practical than cool in my eyes, is the other gimmick, whereas the beige armor part right below the neck can be removed, and then reattached as a face plate. This makes sense, but I think it looks off considering it doesn't really look very cool or imposing. 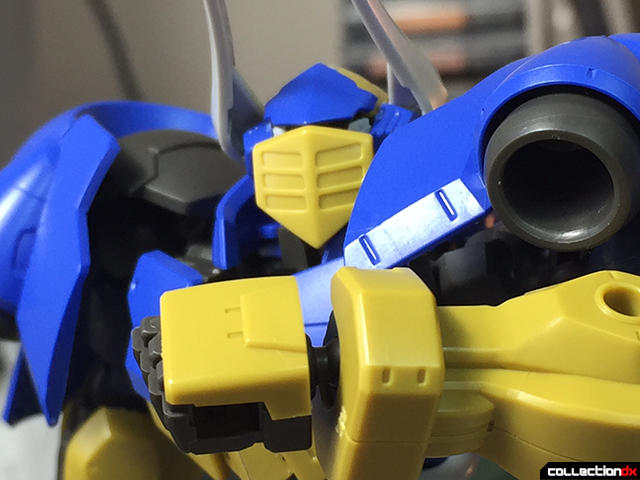 Size is definitely in character for the Helmwige Reincar, as it's about the size and width of Rid 2015 Grimlock. 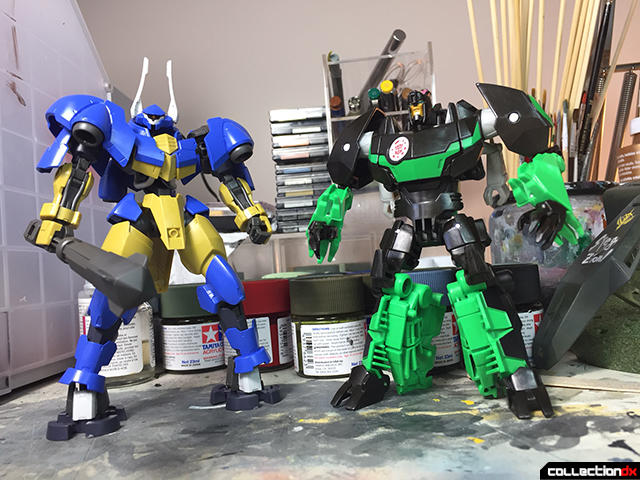 Overall, I really have all positive things to say regarding the high grade Helmwige Reincar. It has a great design, amazing articulation, some cool ridiculous accessories, and an at least interesting color scheme, making it a great figure that is probably one of my favorite high grades I have!

3 comments posted
Anyone like/dislike the color

Anyone like/dislike the color scheme? Also, I apologize but the beginning of the review is in the thumbnail!

I like it. The color scheme and the horns remind me of the SAR mobile suits from Gundam X. Only thing that caught me off guard was how skinny the legs are from behind, but that fits the style of the show.

Thanks! Yeah, I think the legs are skinny just because the grimgerde's are! It is fitting however!