Cosmos is a re-release of of the 2014 release, without his Payload mini-con. The figure has the same sculpt, with slightly different paint details. Like, super-slight. Apparently he was re-released due to perceived rarity at Hasbro.

But I never got this version, so when I saw him on the shelves as part of the Titans Return line, I picked him up.

Note that despite being under the Titans Return label, the toy does not work with any of the Titans figures, nor does it have any additional gimmicks.

Cosmos has a really sharp UFO mode, with all of the panels having some kind of tab or peg to make sure the sections stick together. The green plastic used is slightly darker than the 2014 release. 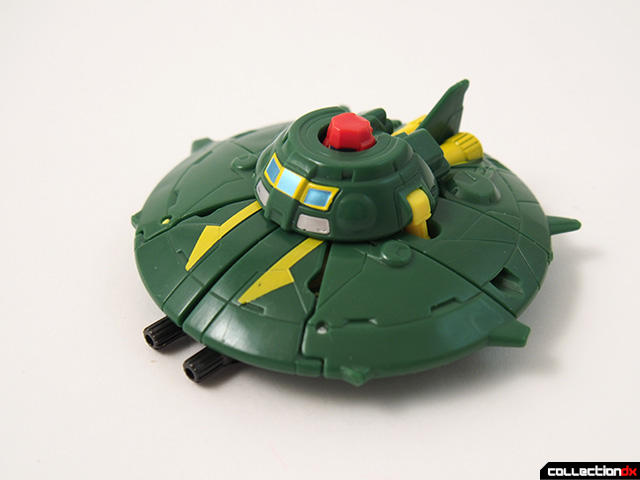 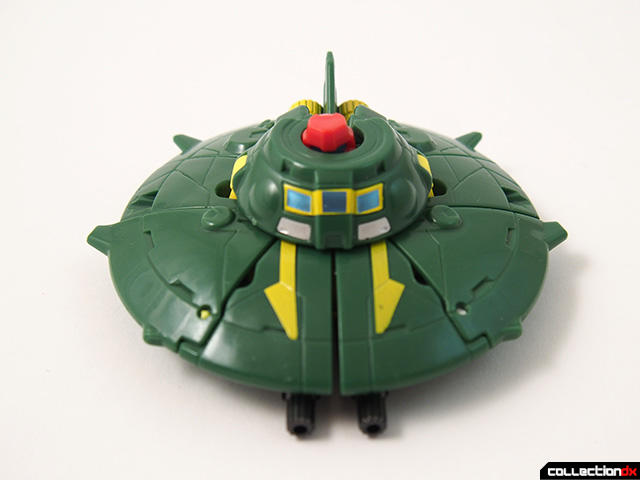 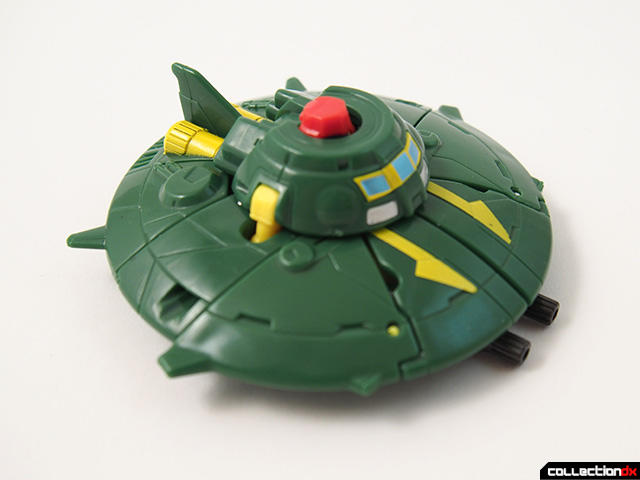 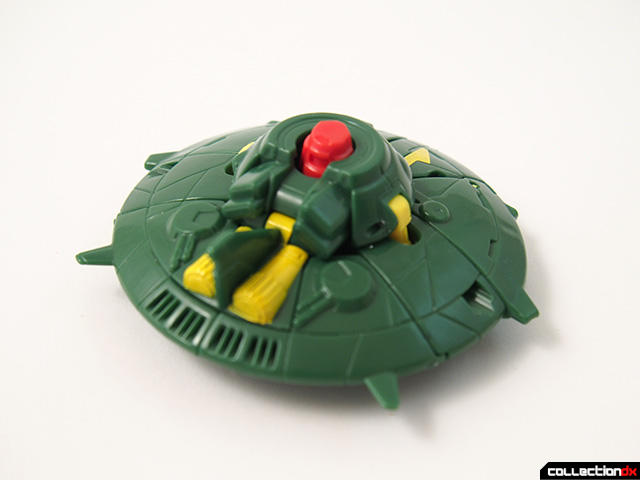 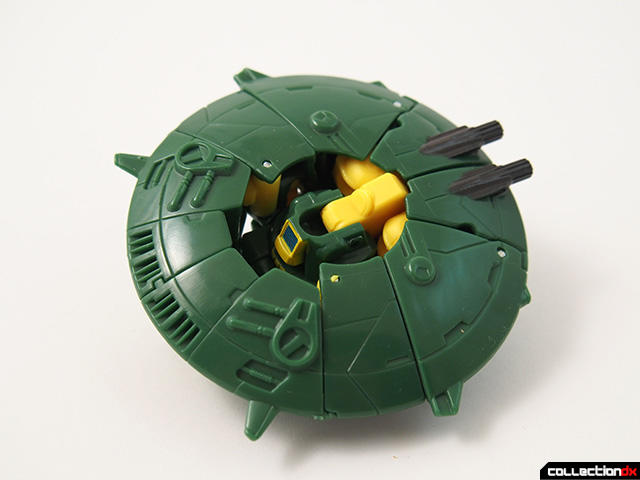 Robot mode is cool, but I am fairly confident that I've got the shoulders in the wrong position. I think the shoulder pads should be upright and turned forwards so you can see the autobot symbol. The Autobot symbol is slightly smaller in this release. Still, I like the look. 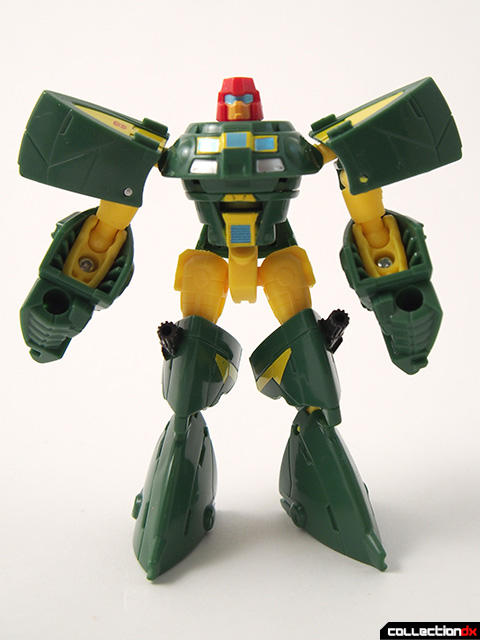 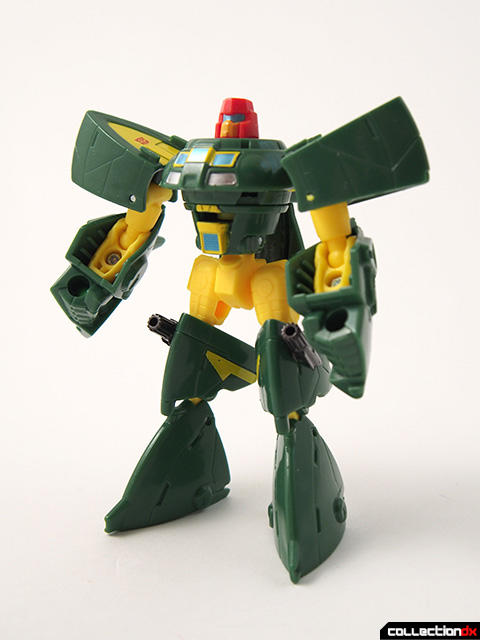 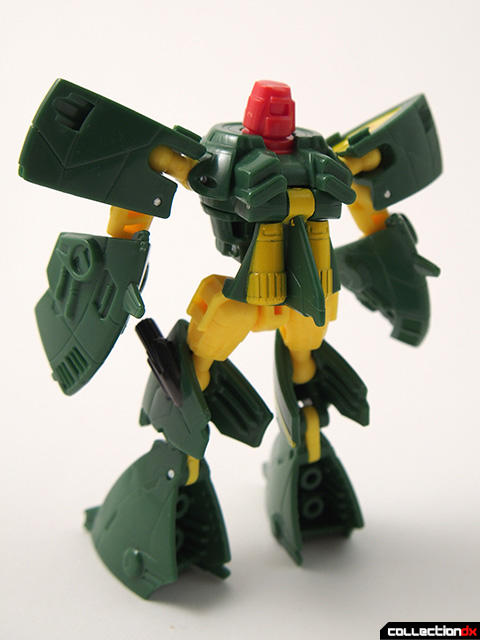 In this version, the head is molded in red (instead of painted) and the visor is now painted metallic blue. 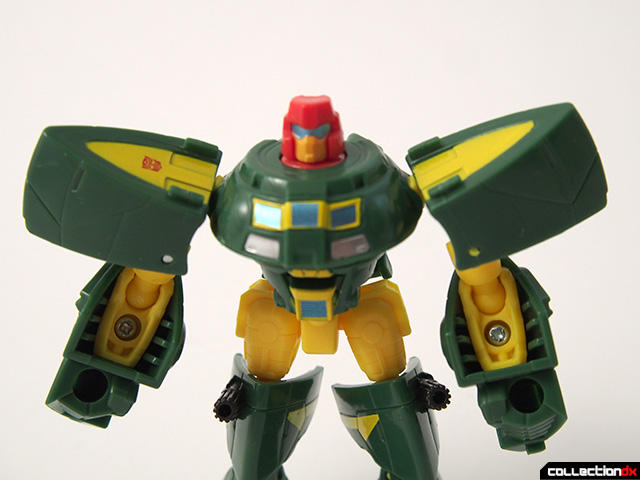 Due to the ball-joint construction, it's naturally very poseable. It's a lot of fun to pose, and the wide feet allow for stable stances. 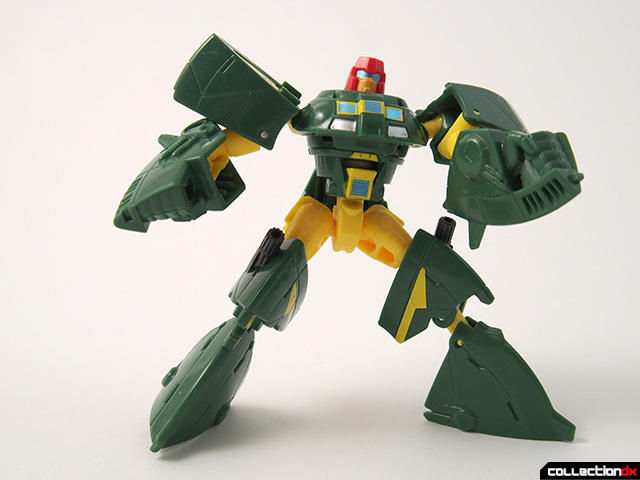 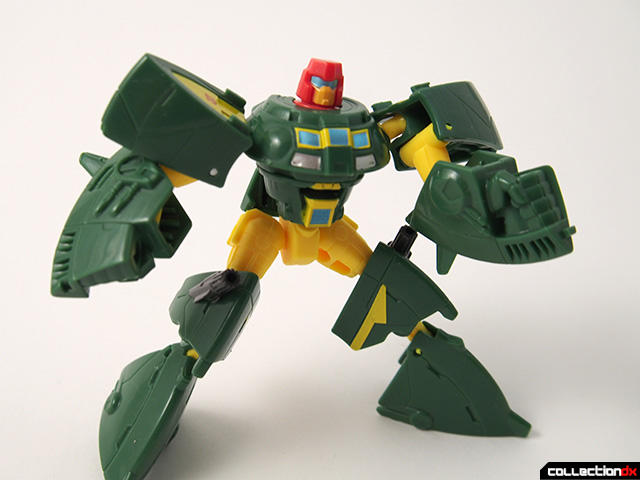 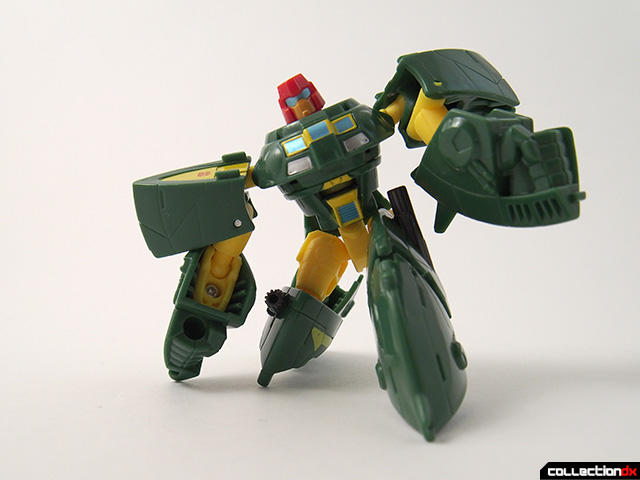 Not much else to say other than I'm glad I got a chance to pick it up the second time around.

Excellent figure with a fun transformation. I actually bought a spare that I'm currently repainting into Gobots Pathfinder.