There really isn’t much english info available for 52TOYS Beast Box line, and from what I can tell, 52TOYS seems to be more of a distributor and the actual manufacturer is some small Chinese company in Beijing. I didn’t even find out about these until I saw a post about this on a japanese toy blog, so I was very surprised to find AmiAmi of all places selling a Chinese toy line.

The Beast Box Dio series seems to be the first line of planned Beast Box toys, small robotic animals that transform into little cubes. It’s a very cute concept, and the perfect size for something to fiddle in your hands, so I had to order some immediately. 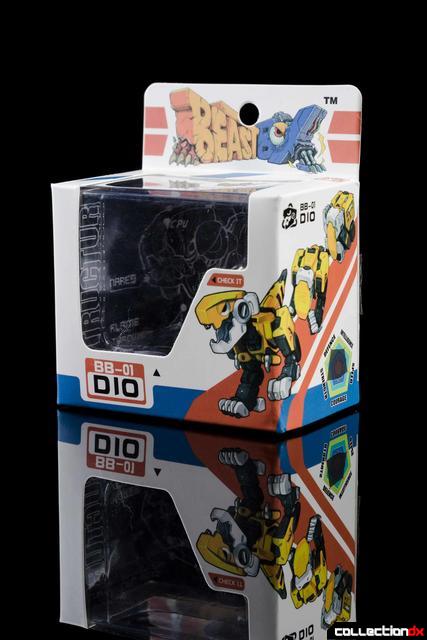 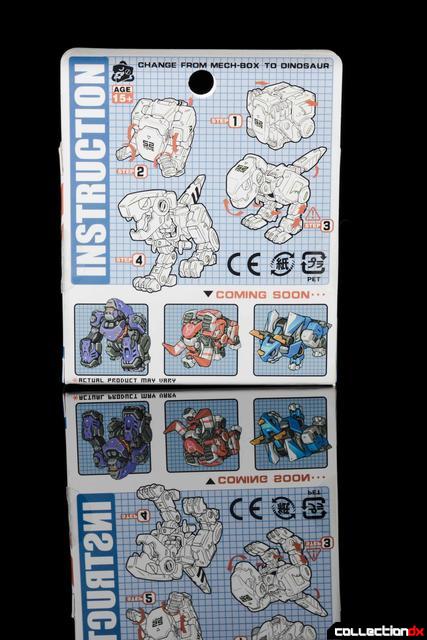 All the Beast Box figures seem to have pretty much the same packaging, a small little square box slightly larger than the actual figure showing some cool artwork and concept designs for the other upcoming animals. AmiAmi had four variants listed but it seems like there are a few additional ones that were sold in China. I went for the police type since it resembled the Japanese police livery which is  awesome and not garish like our boring American police cruisers. 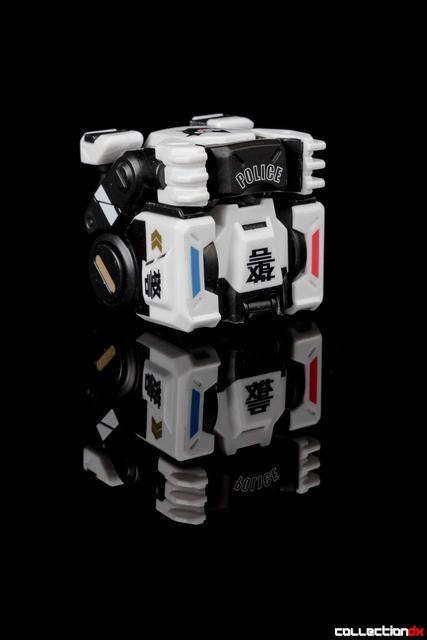 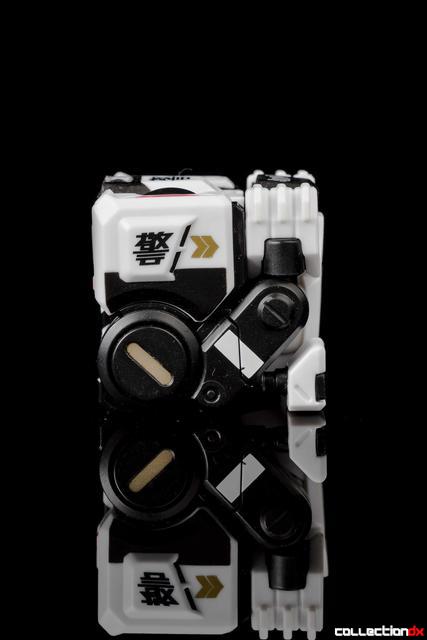 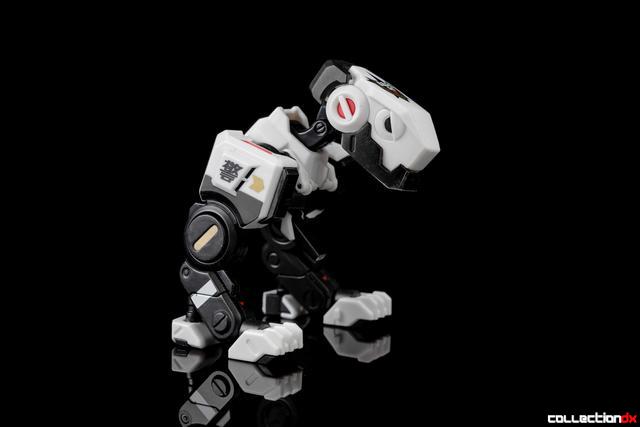 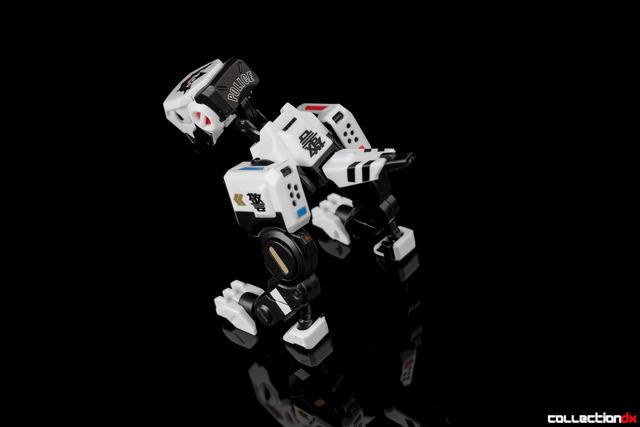 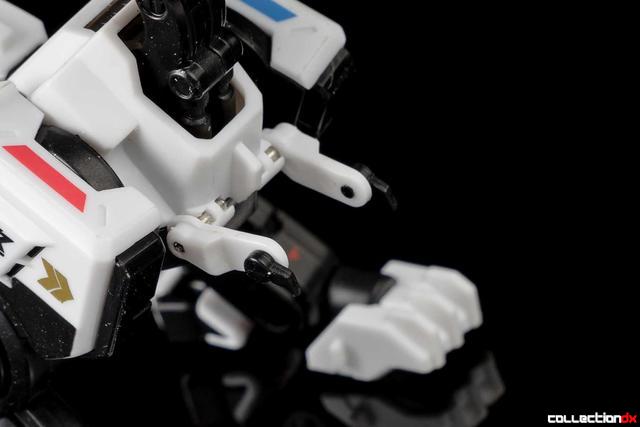 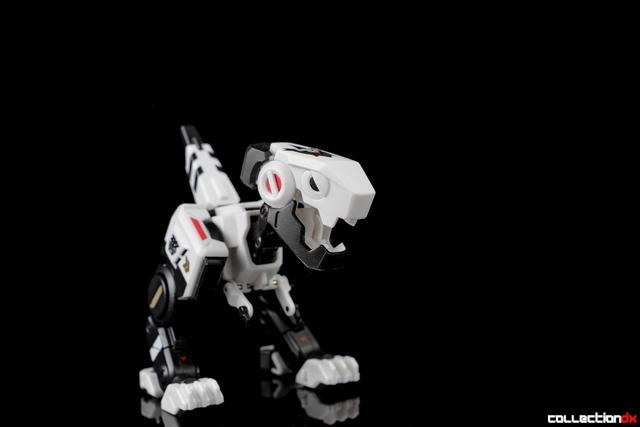 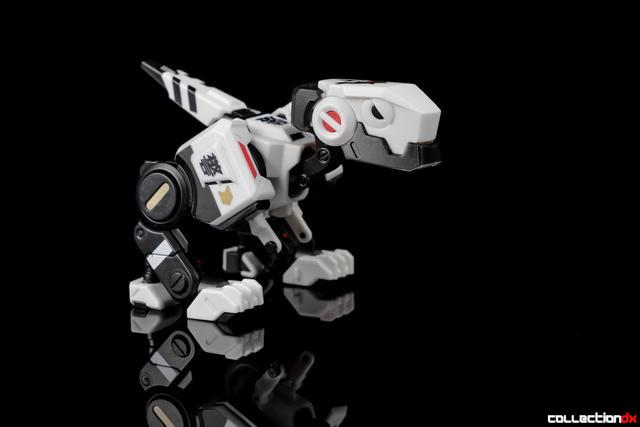 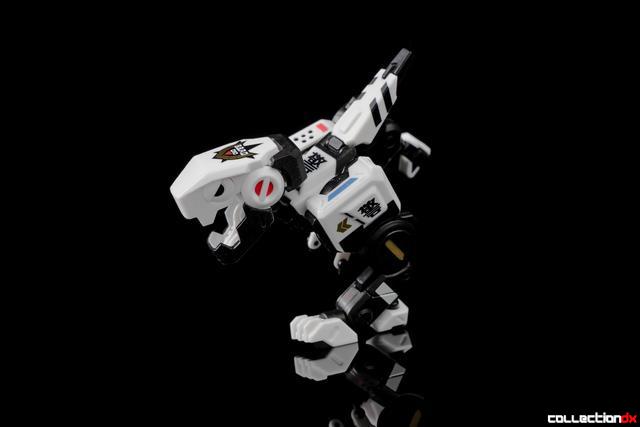 Dio comes packaged in his cube form, and transforms in just couple quick steps into a police themed robot dinosaur. The plastic quality doesn’t feel as nice as most Japanese toys, and not even quite as nice as a Hasbro Transformer, but it doesn't feel like it's going to break or anything. There's enough articulation to get some pretty fun poses, but the heels can only pivot inwards and not outwards, while the toes can pivot in both directions. The only two complaints i really have are the tail and tiny little claws. The tail kind of feels like it's spring loaded, and tends to fold back down unless you have it lifted fairly high. The claws are attached to a metal pin, and will easily start to slide off the pin if you try to move them down too much. A bit of floor polish seemed to fix it but it seems like they could have come up with a better design for them. 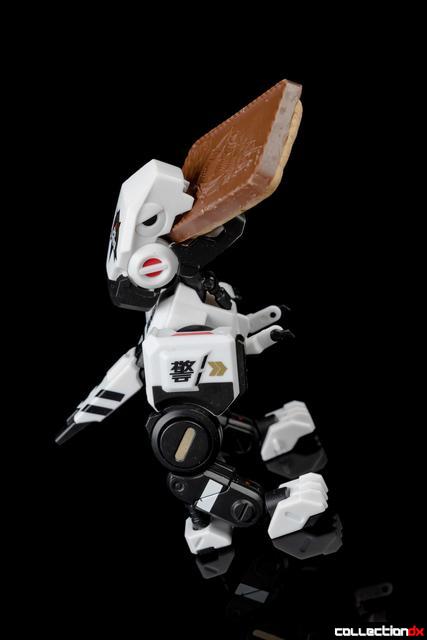 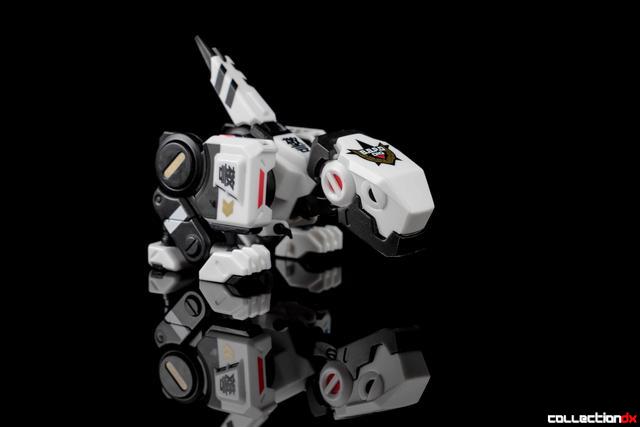 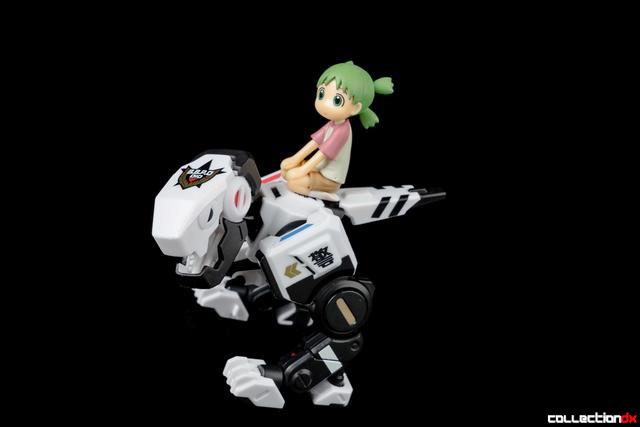 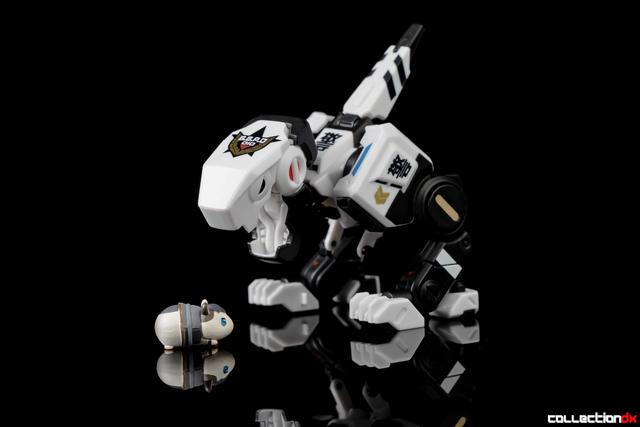 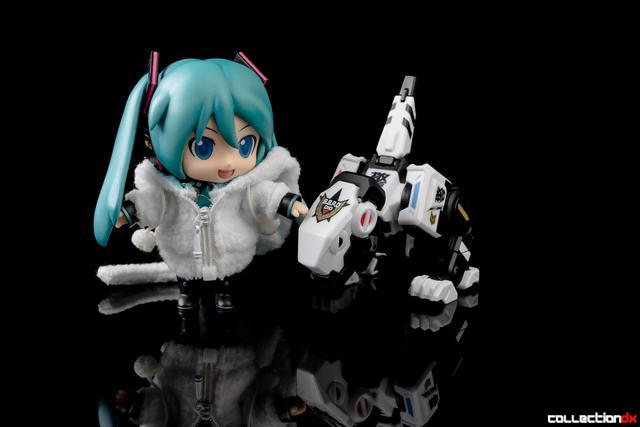 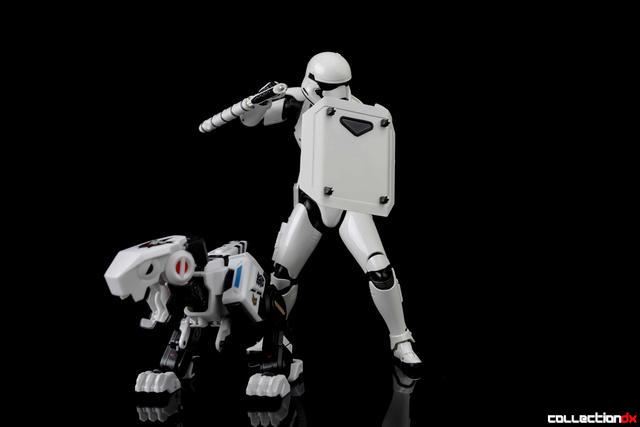 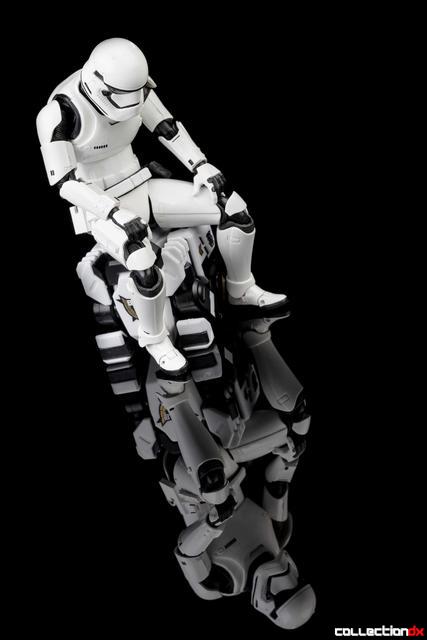 Overall, the Beast Box Dio Police Colors is really great and a lot of fun to mess around with. As a first entry from a new company, it's still got some small issues which hopefully will be be worked out once they have released more products but I am definitely looking forward to the other animals they have planned. Chinese toys have improved in quality tremendously over the past decade, and while most are either released only domestically or aimed at collectors, it feels like  they have finally been legitimized by being a small cheap toy being sold by japanese retailers.

That seems surprisingly well matched to the Stormtrooper.

Do you have any TMNT figures to pit Dio against? Because this is the transforming Mouser toy I never knew I wanted until now.

I love the packaging this has!