It is the distant future, the year 1999. Ryouma Kagawa is just your ordinary delicious-looking Japanese Police Superintendent who also happens to have a sweet set of cool super armor. Future crime is rampant here in the future, so he decides to do something about it! Of course, taking on the evil future criminal underbelly on his own would be terrible and less flashy, so he takes along his two robot brotherfriends, Bikel and Walter.

SPECIAL RESCUE POLICE WINSPECTOR: LOVES PEACE, HAVE FAITH IN FRIENDSHIP, FACING THE CRIME TO PROTECT THE LIFE OF THE PERSON, AT THE POLICE HEADQUARTERS SPECIAL EMERGENCY POLICE TEAM. 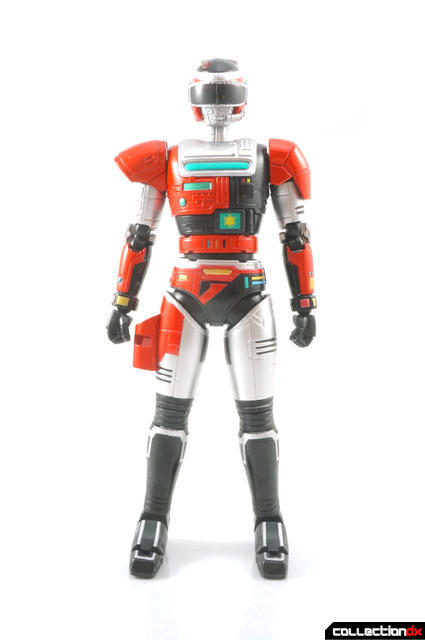 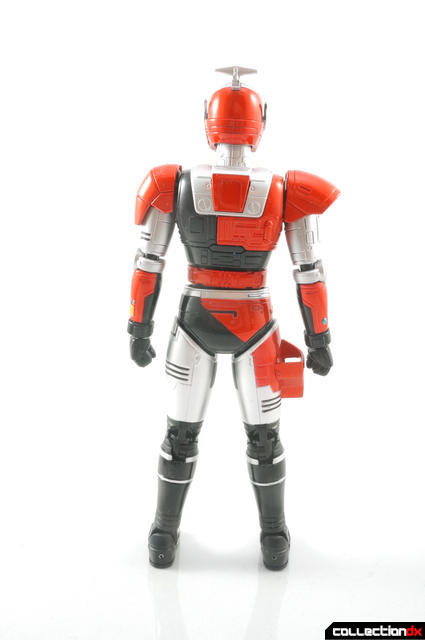 So, this is the latest Metal Hero release in Bandai's S.H. Figuarts toyline. WINSPECTOR FIRE looks fantastic, and all the paint applications and details are crisp. 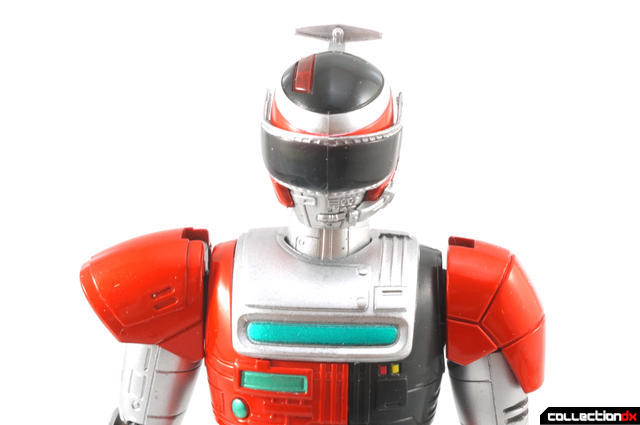 Fire's visor can even swivel to reveal his creepy yellow eyes! Neat! 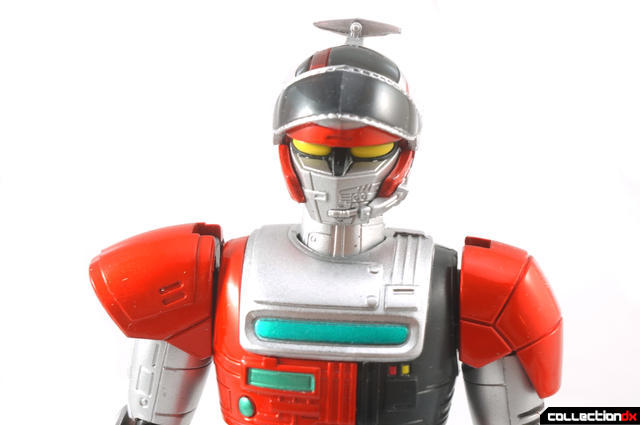 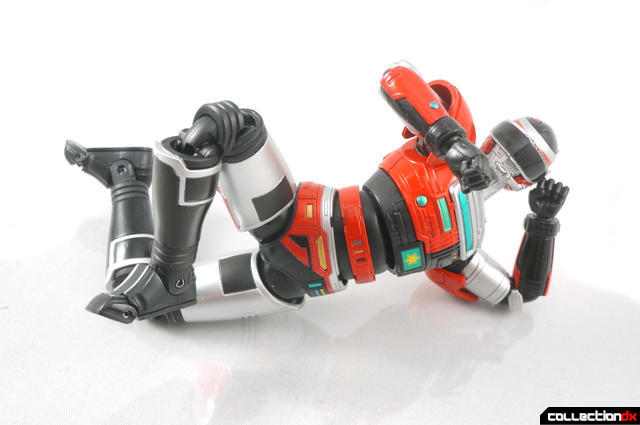 The articulation is pretty decent. Fire is on par with earlier Metal Hero releases, especially the B-Fighter figures. His leg joints are basically identical to those. I didn't have any particular trouble getting Fire into any cool poses, but he does have at least one glaring flaw: his torso. 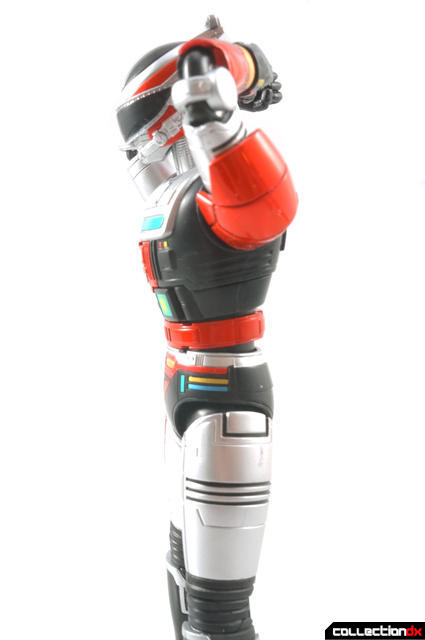 I can move the abdoment back as much as I'd like, but the joint won't allow me to move the chest forward much at all. As such, it makes running or crouching poses fairly difficult to pull off. It's a sad issue that mars an otherwise spectacular figure. 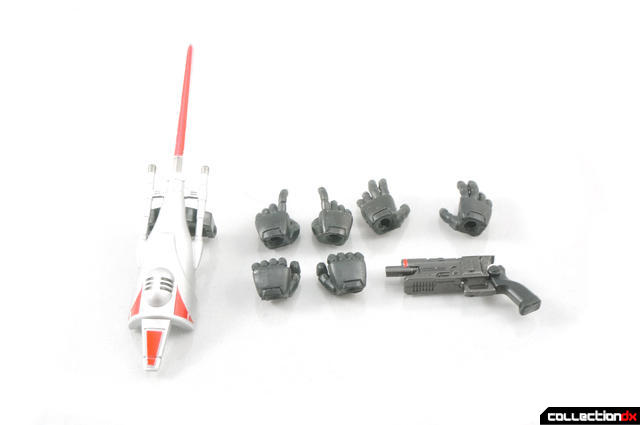 He also comes with some decent accessories: four pairs of hands (fists, open hands, holding-things hands, and gun-holding hands), The Daytric M2 (his gun thing), and the MaxCaliber. 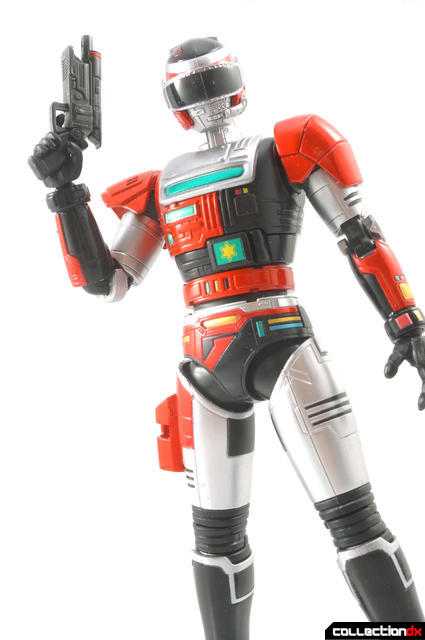 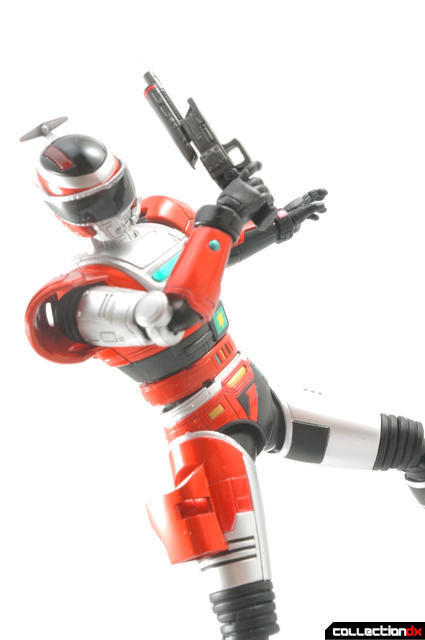 The M2 is really neat because it can transform into beat-stick mode. I like it. 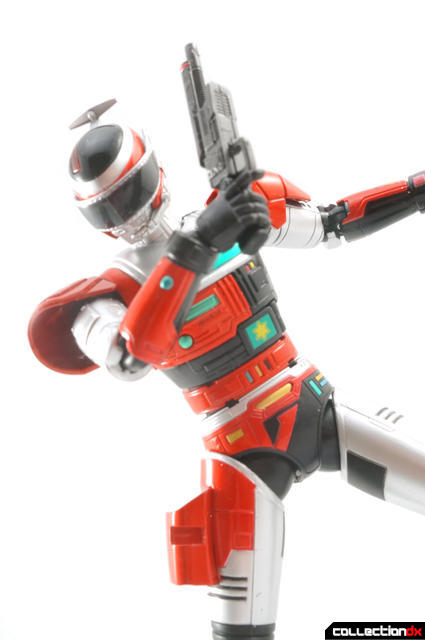 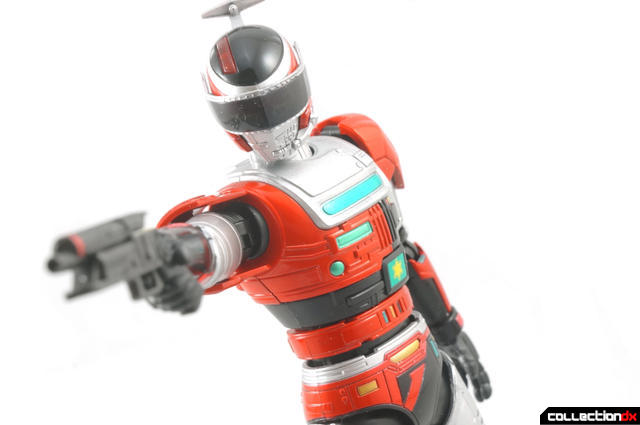 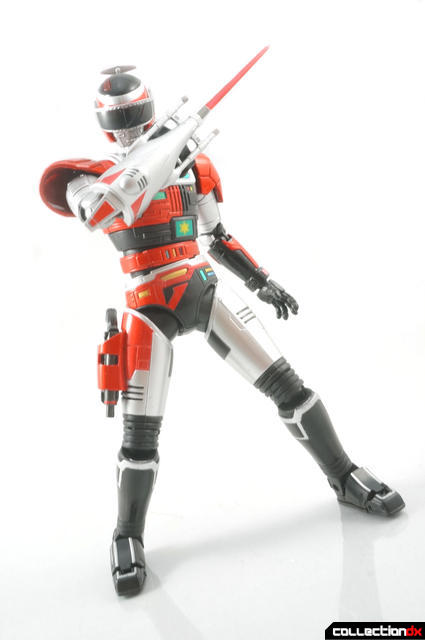 Basically, playing with Fire has never felt so nice. 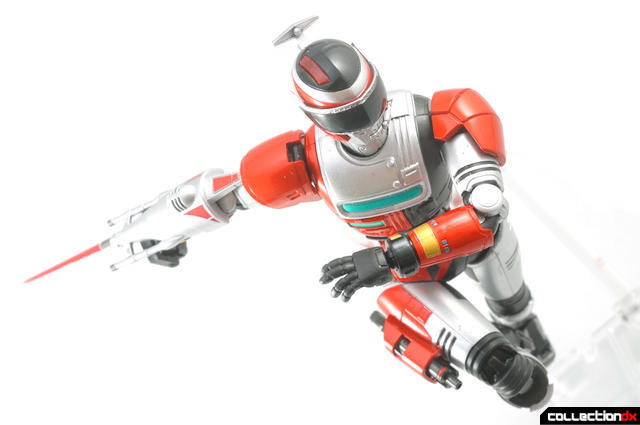 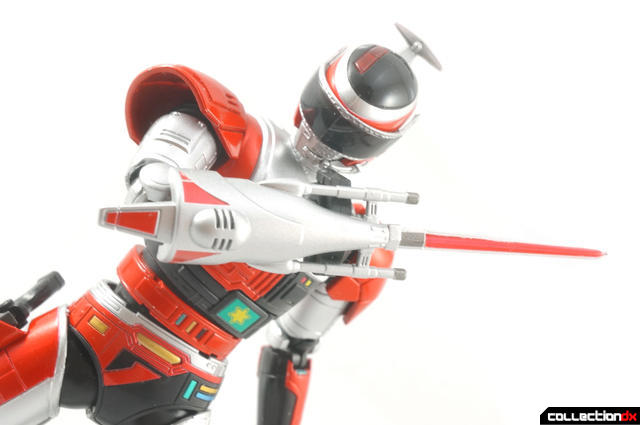 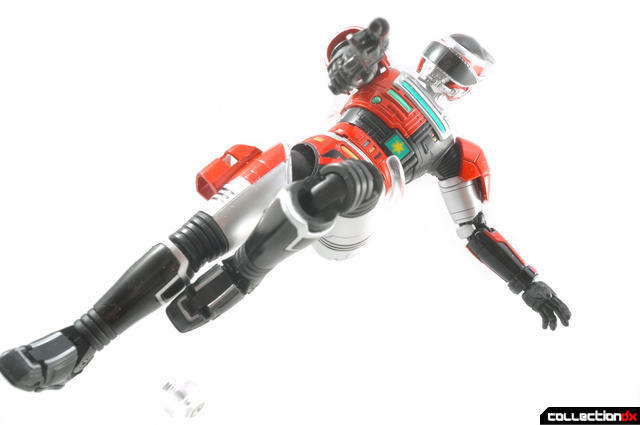 I highly recommend picking him up since Fire is a mass release figure! He's even being released in the U.S. next month! This is really weird since we didn't even get the B-Fighter figures distributed in the U.S. despite there actually being an American adaptation of the series. 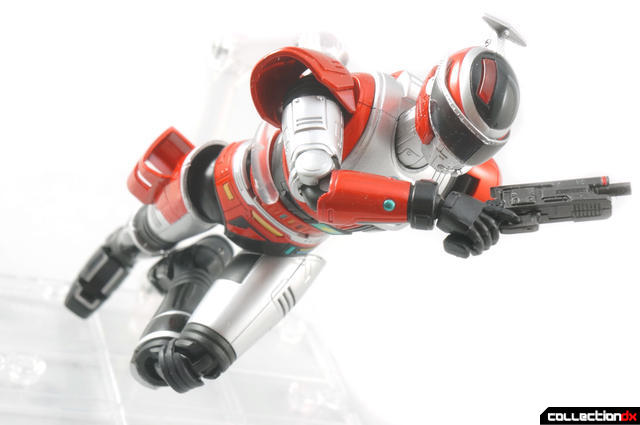 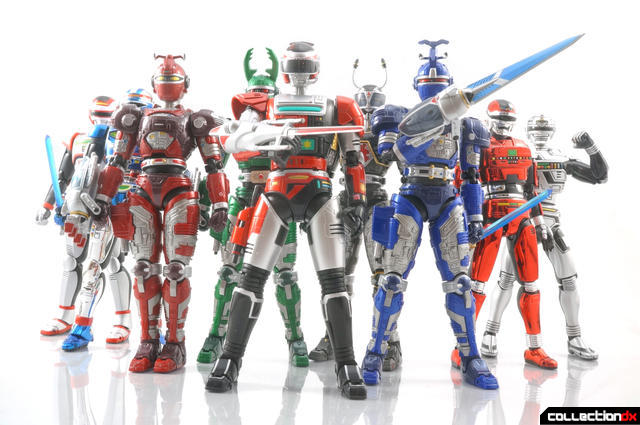 Great review! Beautiful pics as always. And a Figuarts Metal Hero for less than $100, unthinkable!