Pegasus Seiya is, as you might have gathered, the young hero of the classic shounen hit Saint Seiya. Wearing the first incarnation of his Bronze Pegasus Cloth, this D.D. Panoramation release depicts Seiya as seen in the first half of the original anime; as he and his friends fight their way through the Twelve Houses of the Sanctuary. 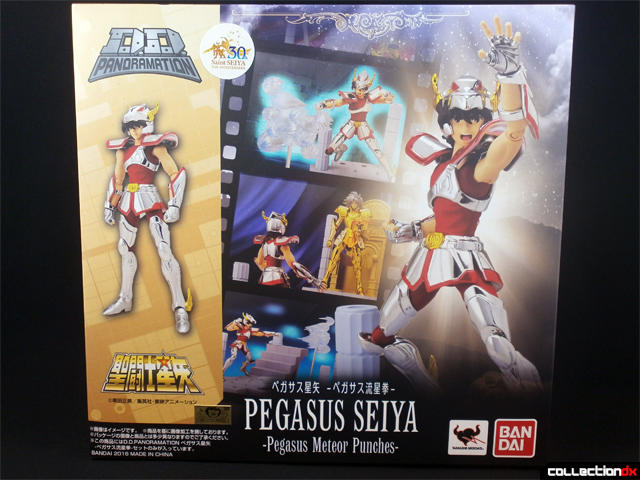 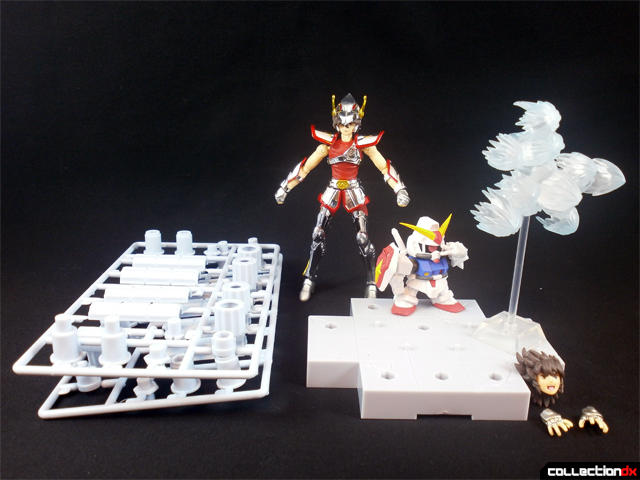 Seiya’s personal accessories are two splayed hands, another helmetless head, and an effect part. The diorama parts included are a base and two runners of pillars and joint parts. 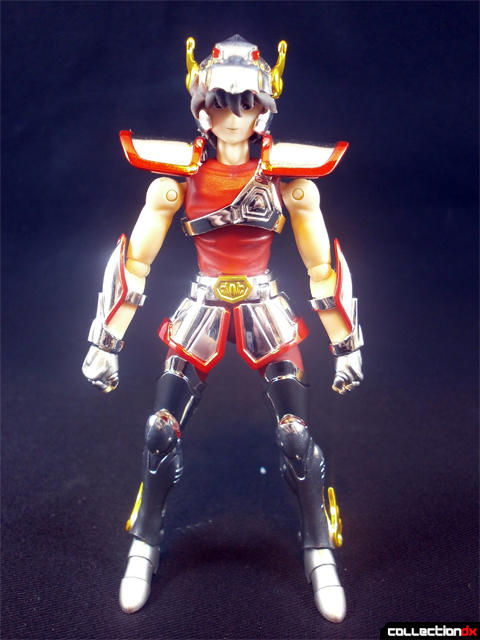 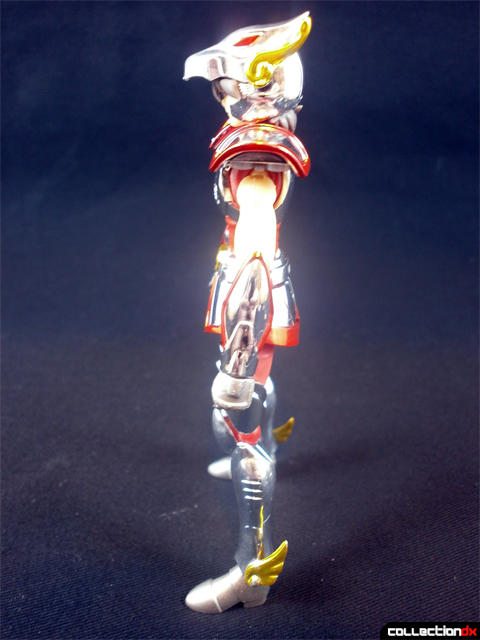 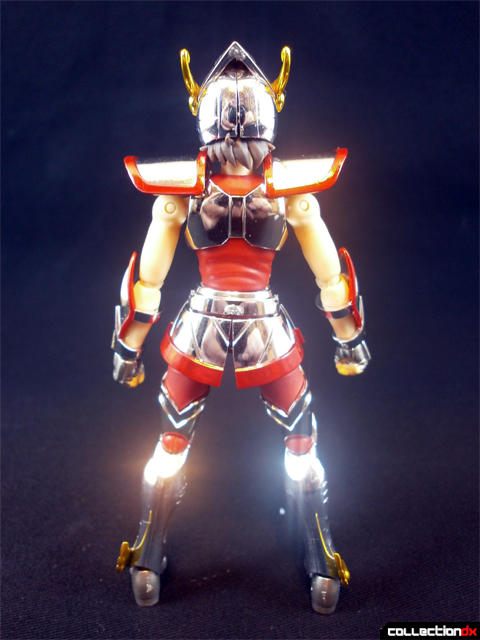 The four-inch tall Seiya figure looks quite nice for his size and is also incredibly shiny. 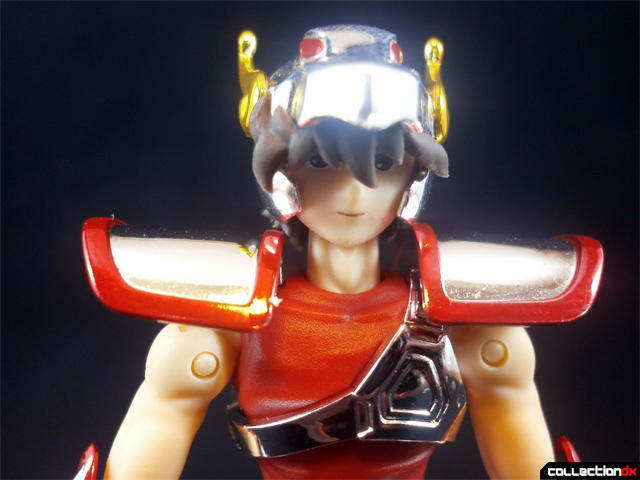 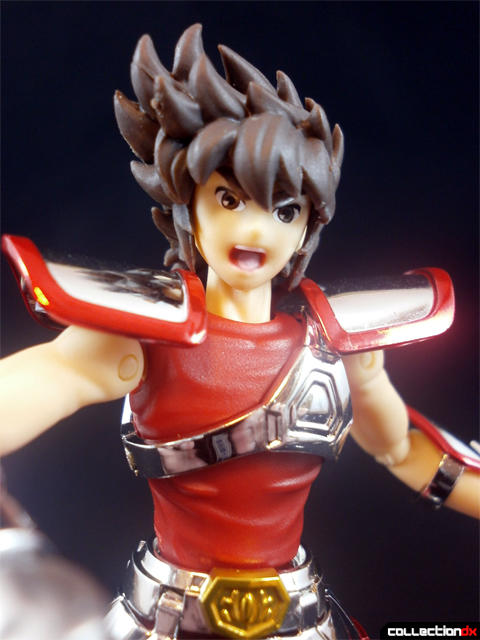 Both heads feature two different faces that can be swapped from one to the other. The shouting expression looks fine but his neutral face definitely doesn’t look quite right. So far with this line I’ve found I like switching the shouting face to the helmeted head and the neutral face to the normal head and then never touching them again because it’s kind of a pain to do. 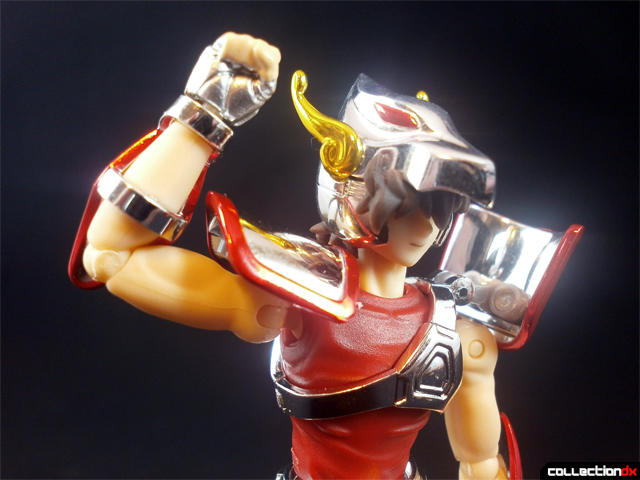 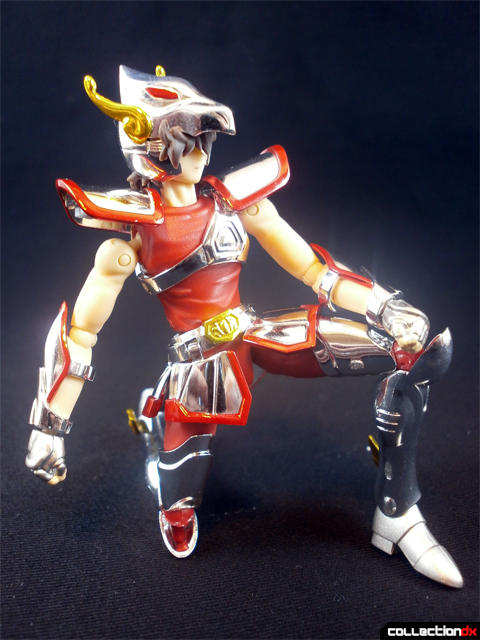 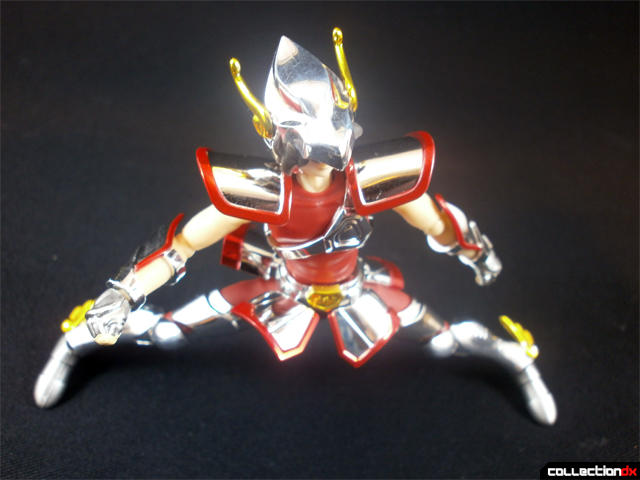 Articulation is also pretty good. The shoulder and skirt armor are both sufficiently movable as to not interfere with any poses. 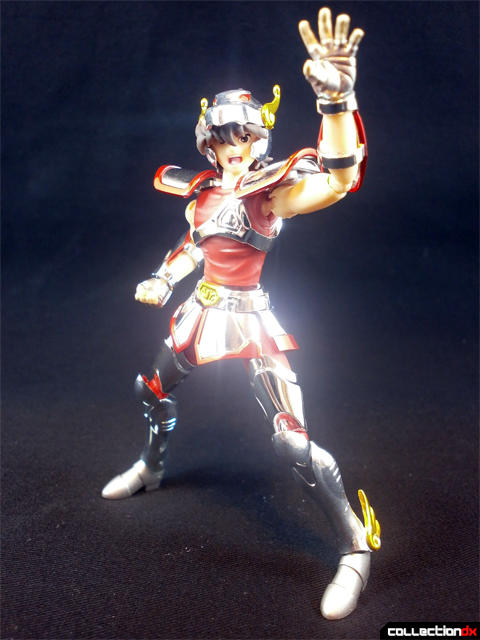 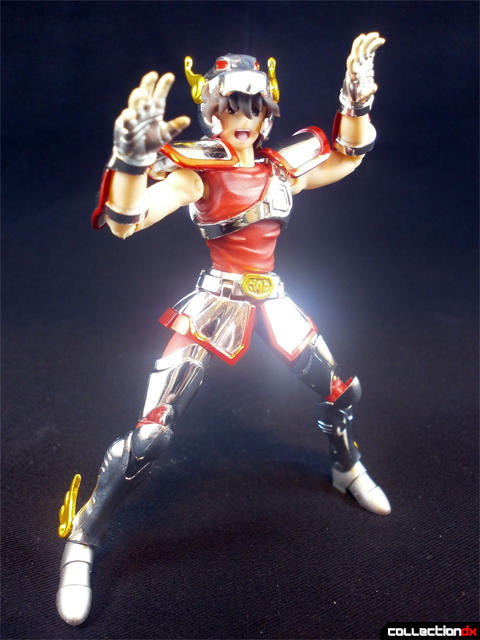 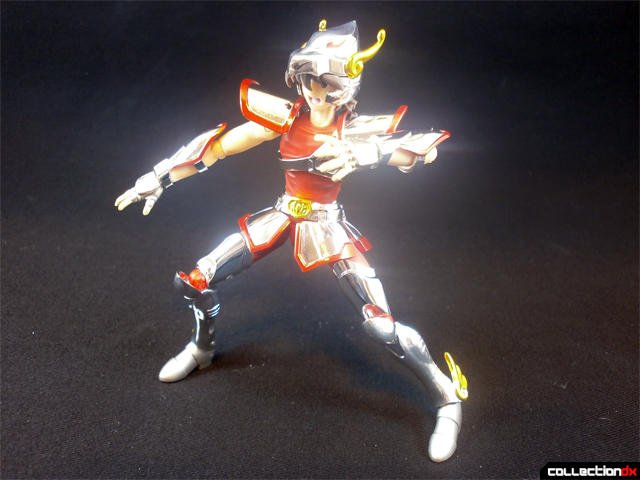 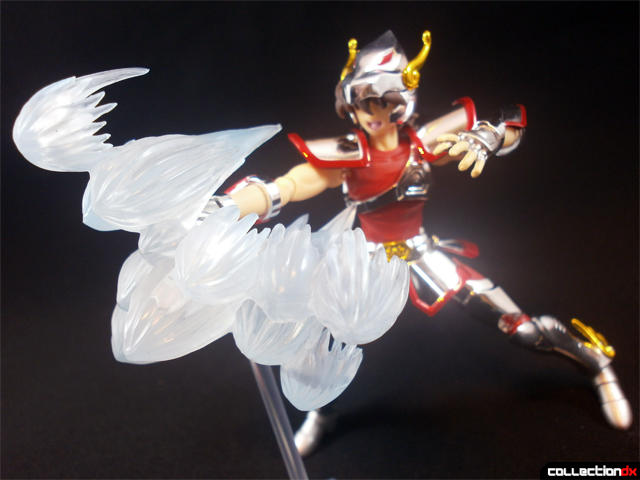 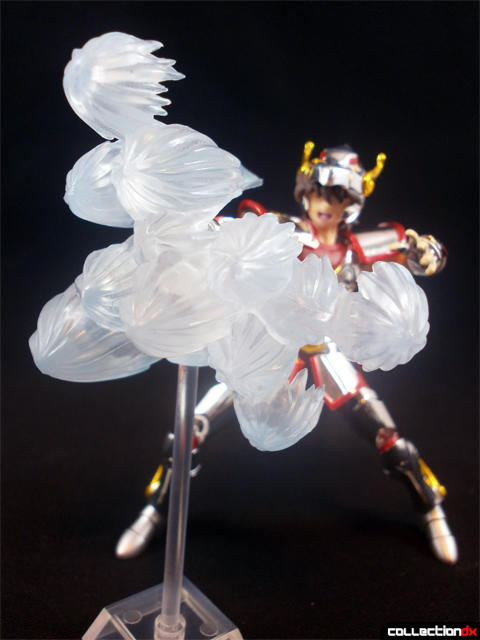 Seiya can pull off a cool action pose on his own but it looks even better with the included effect part for his signature Pegasus Ryusei-ken attack. The peg hole at the bottom of the effect part is a little too big for the stand and tends to fall off a lot. 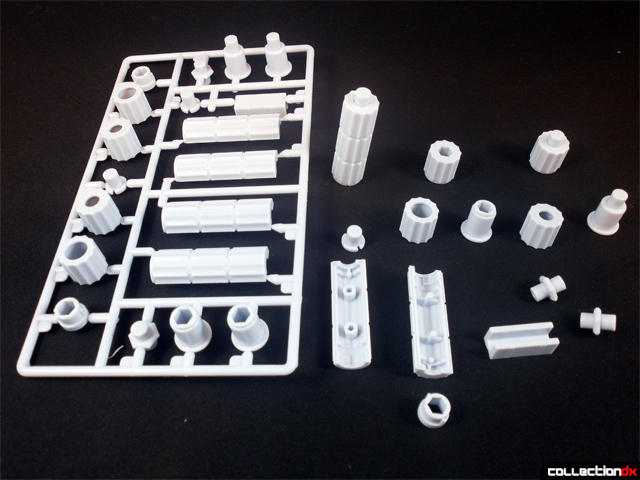 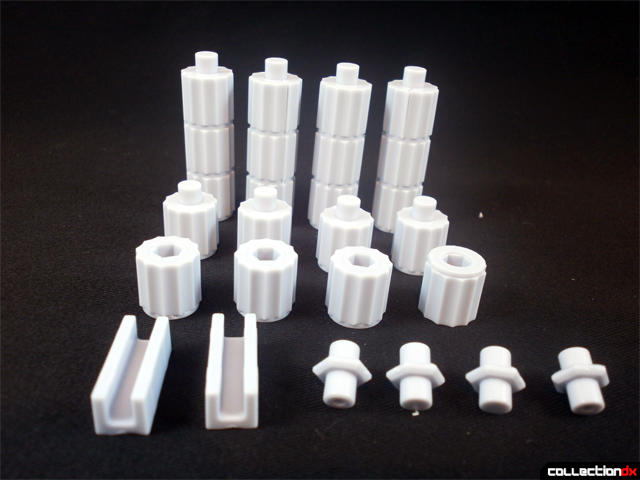 Some assembly is required for the pillar pieces, once again I recommended taking off the excess from the runner with a hobby knife if you’ve got one. 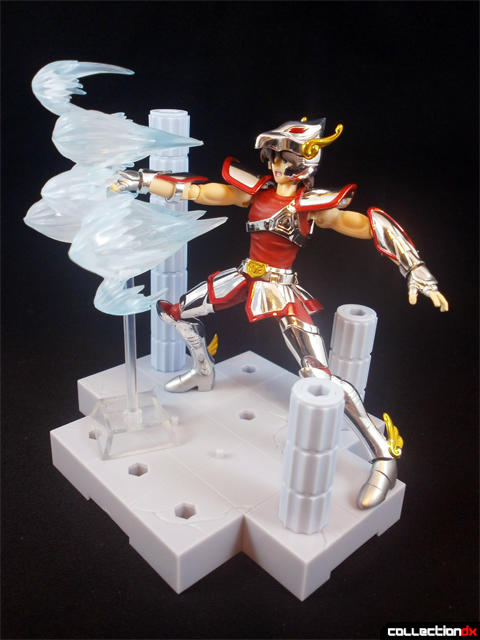 The diorama pieces really do enhance the appearance of the entire figure. Of course, if you have more figures from the line to display as well, that doesn’t hurt either. 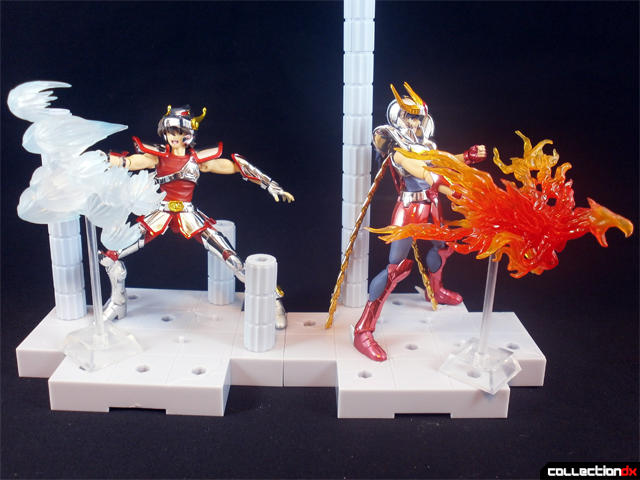 D.D. Panoramation Pegasus Seiya’s not quite perfect, but for what he is he’s not bad at all. If you’ve got any interest in the line and you find one for a decent price, give it a look!