Need to burn down a Resistance enclave in a hurry? Call in the First Order Flametroopers.

These specialty troopers appear in the beginning of The Force Awakens, when they burn down the Village that Poe Dameron is at. Variations of the standard Stormtrooper armors have always been fan-favorites and this one is no exception.

The figure is #16 in the Force Awakens Star Wars Black 6" series. As such, it comes in the usual box with the very brief summary on the back. 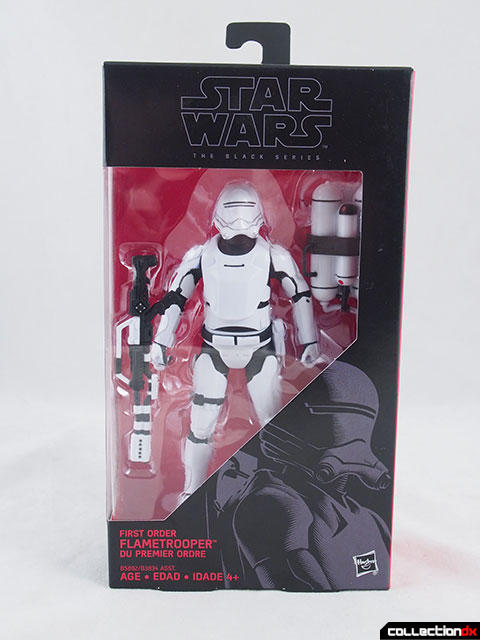 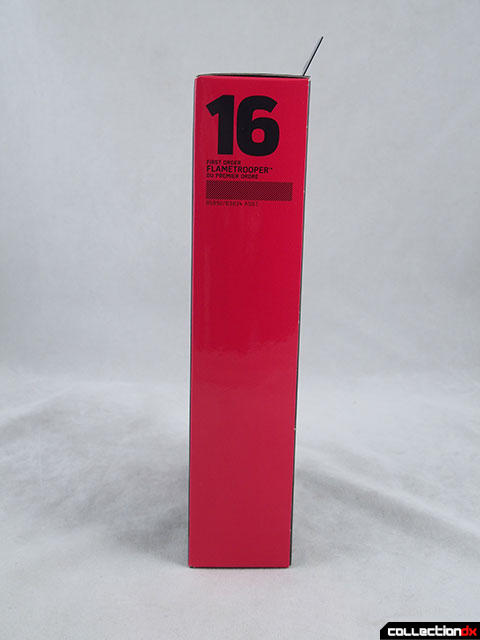 The Flametrooper's armor gives him the appearance of being a little bulkier than the standard StormTrooper. Finally, someone I can cosplay as. 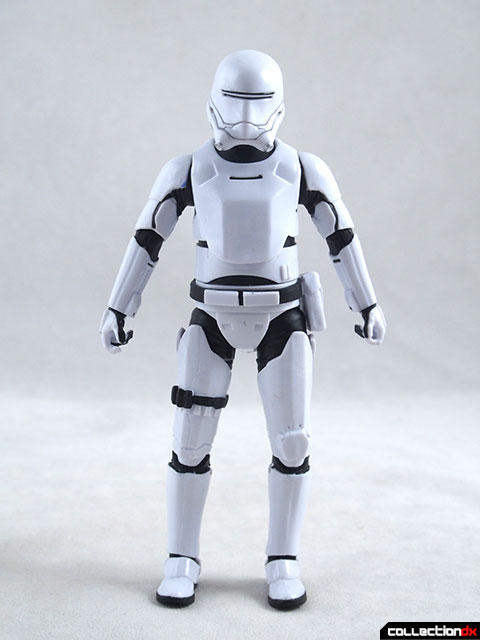 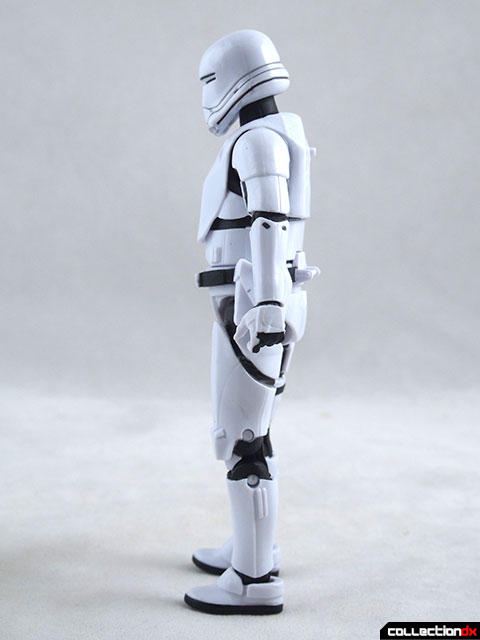 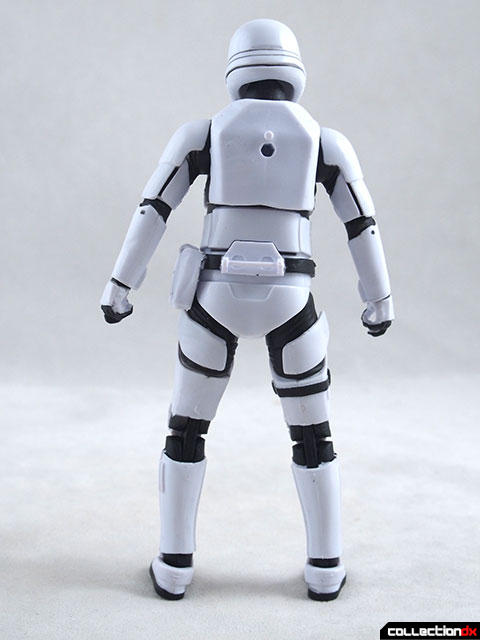 The bulk does not deter the figure's articulation. 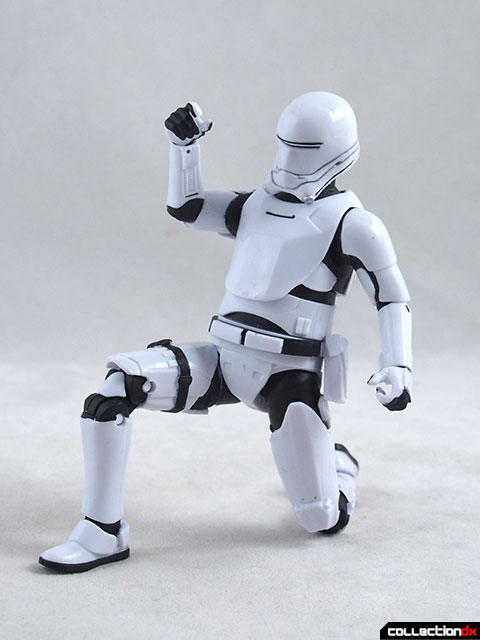 The draw here is the flamethrower backpack and weapon. It plugs into a hole on the back. The hose from the pack connects to the handle of the gun. 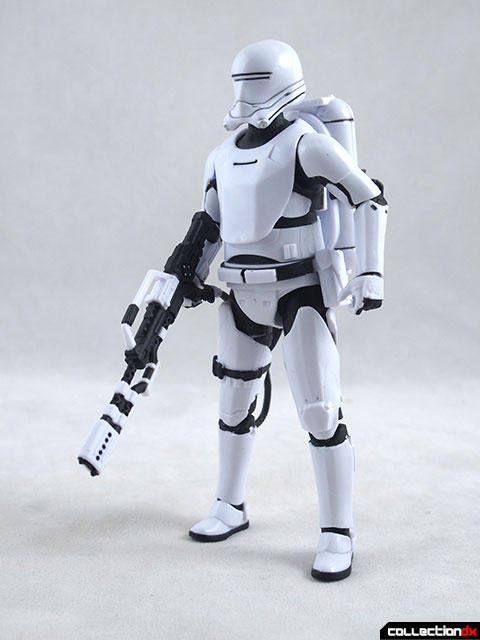 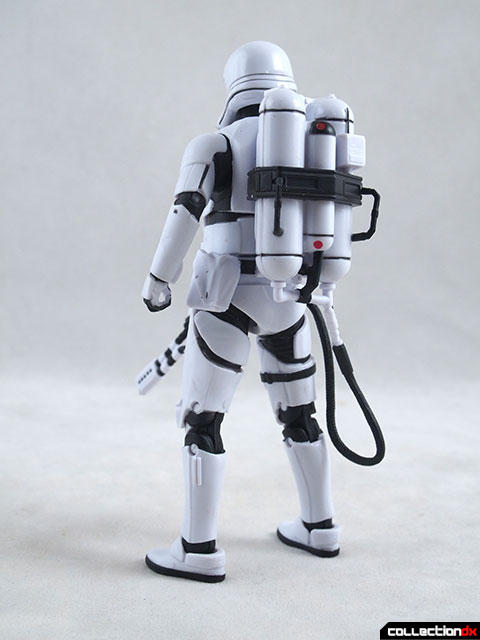 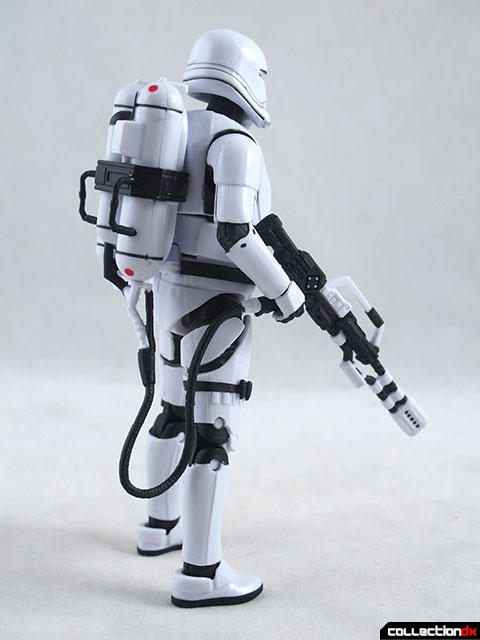 The gun makes this guy positively badass. I love the idea of a Stormtrooper with a flamethrower. 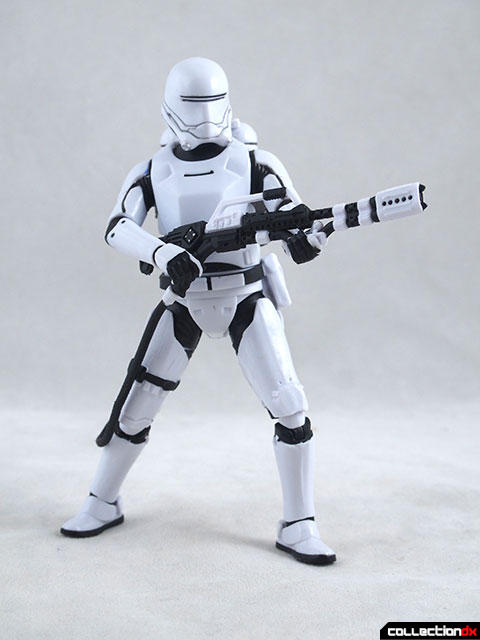 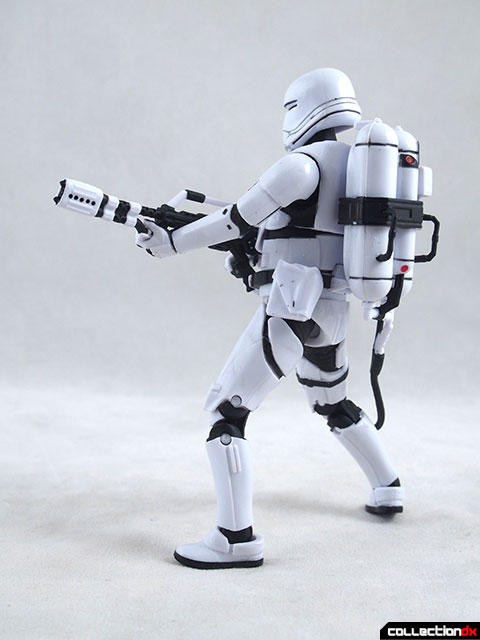 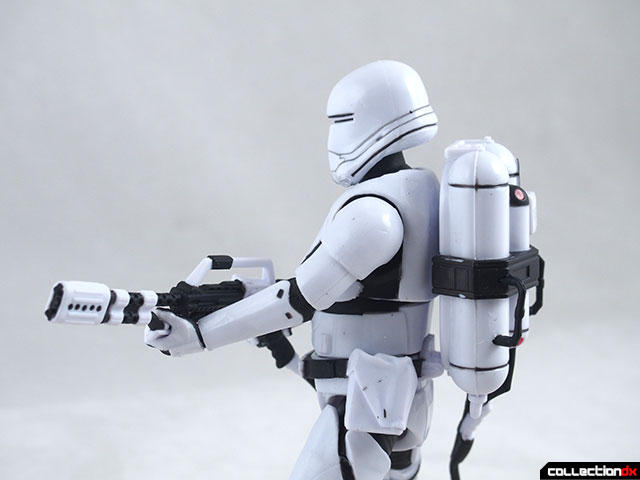 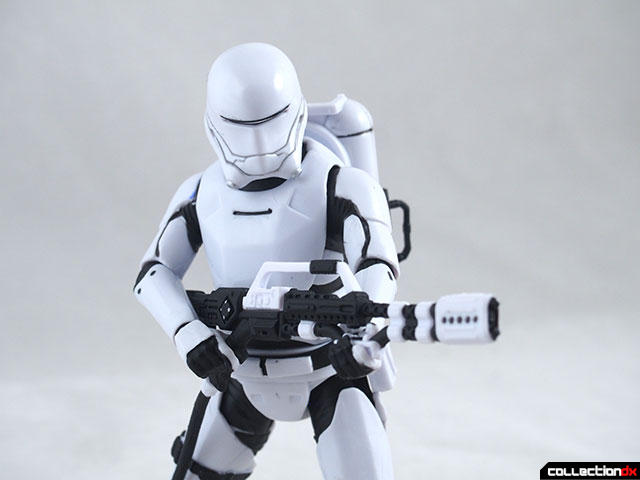 Holding the flamethrower from underneath tends to bend the weapon a bit, but there's no such issue when grabbing it from the top. 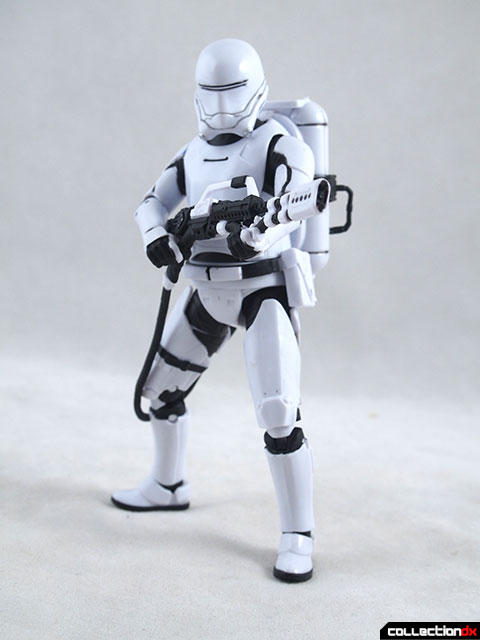 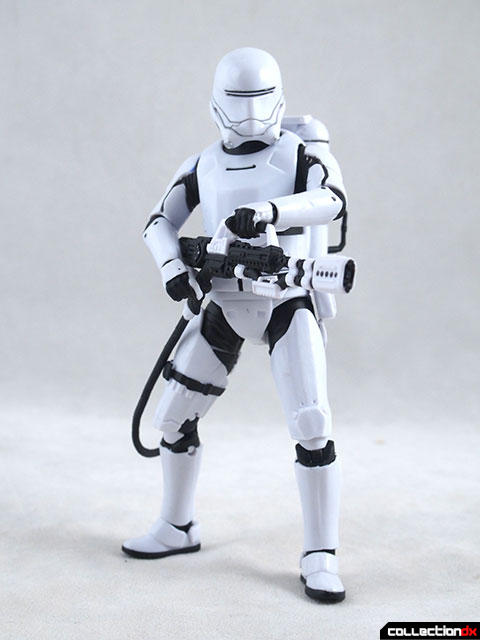 Tell me i'm a badass. 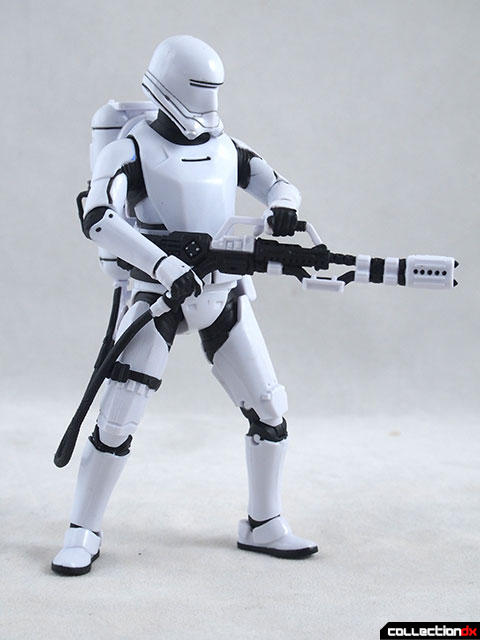 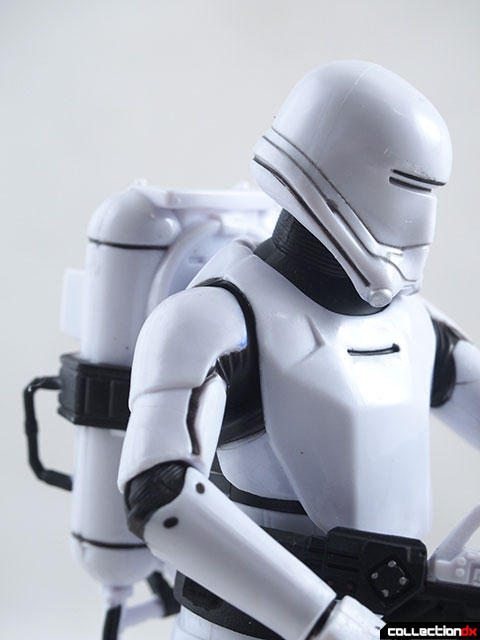