Whenever I go somewhere new, I always make a point to check out the discount and dollar stores, because it's there that I find the shitty, off-brand toys that I love so much. So when I checked into my hotel in the UK, I walked over to the plaza and went to a shop called B&M. It was there that I found Firenado.

It comes in a large box with "Robot Heroes" across the top, and windows for "Sgt. Justice" on one side and "Fire Storm" on the other. Combined they form Firenado!

Come to find out they are bootlegs from a series called Robo Revolution, and original series from China. The originals were made by Hyperwiz, which you may remember from their Macross-style transforming jets. 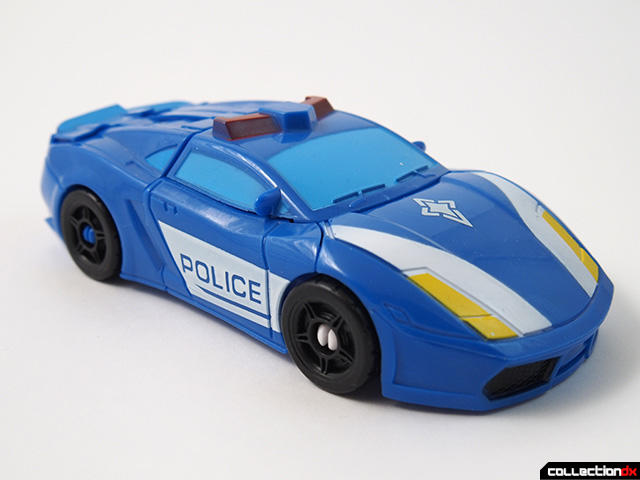 In car form, it's voyager-sized, and made of cheap plastic. The molding is good though, and it stays in car mode well. Tires are plastic but they do turn. In Robo Revolution he was called Rumble Thunder. 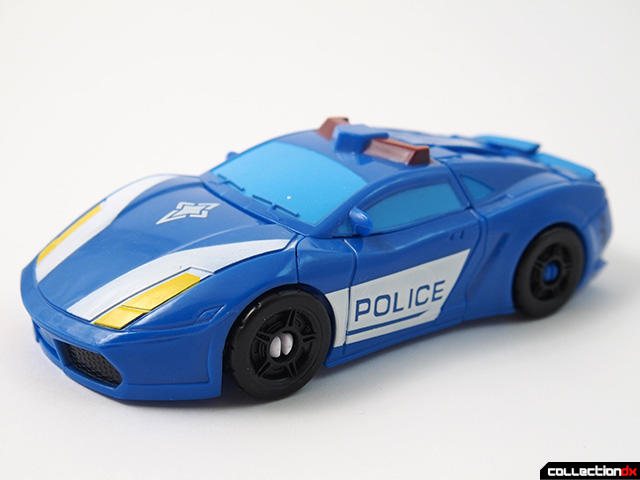 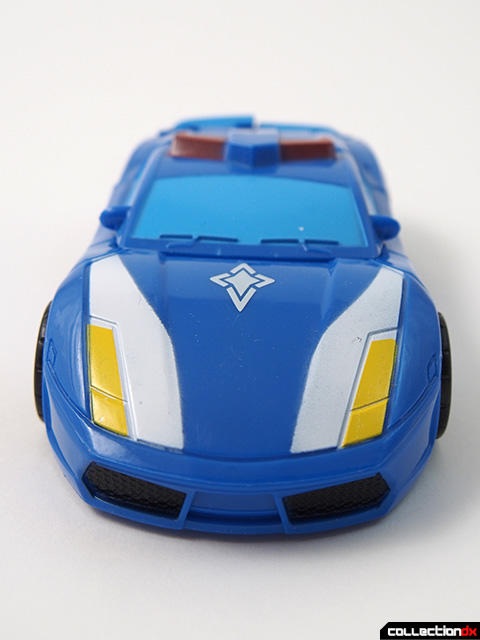 The back doesn't line up that great, but you can see there is good detail in the molding. 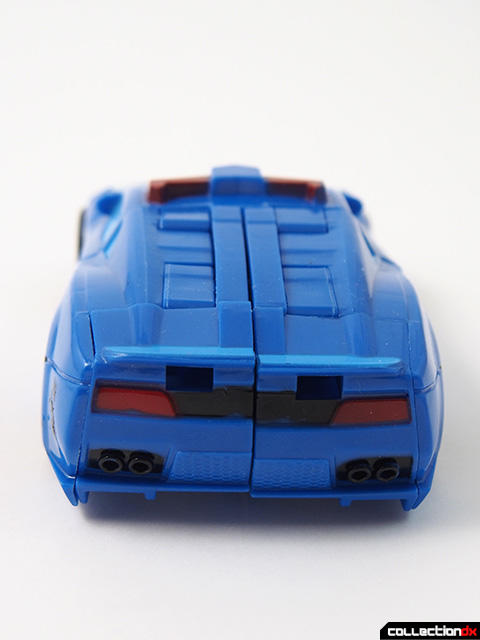 Underneath all the robot parts tuck in nicely. It's here you can see the engineering isn't too complicated, and you can see some of the sprue marks from the factory. 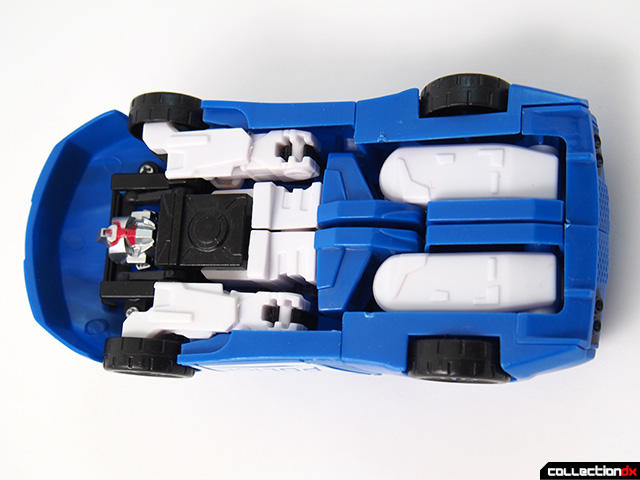 Transformation is simple and the resulting robot is light and loose. The hands are tiny and I don't know whatever those things that are meant to be feet are. 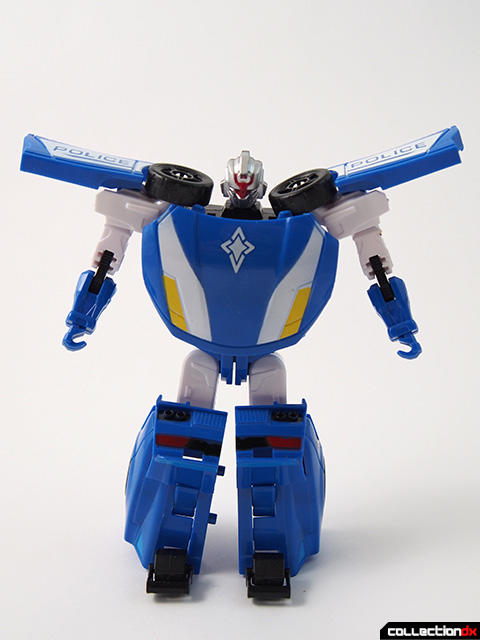 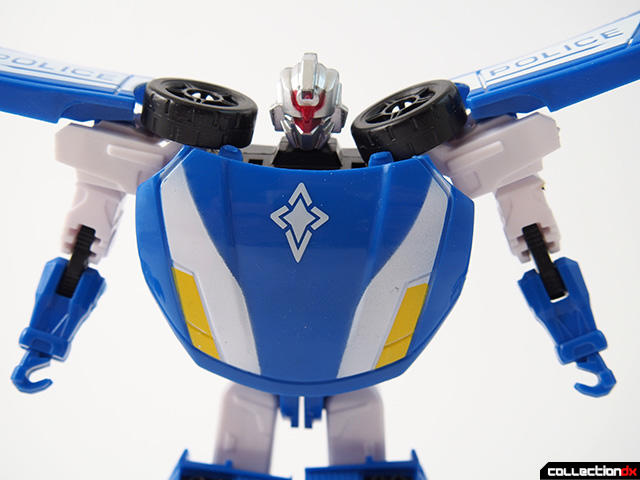 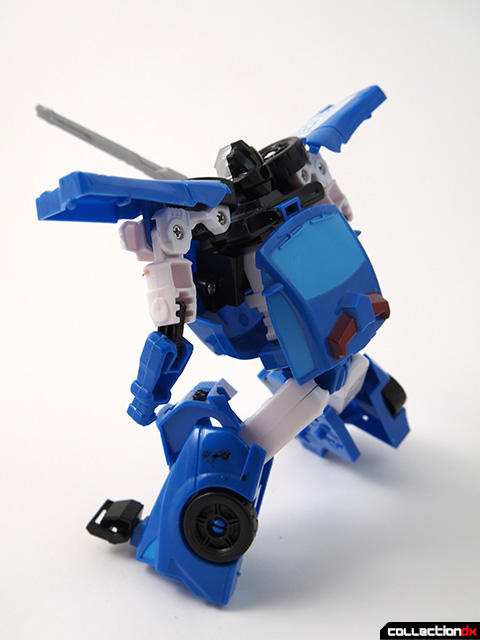 A grey sword is included. 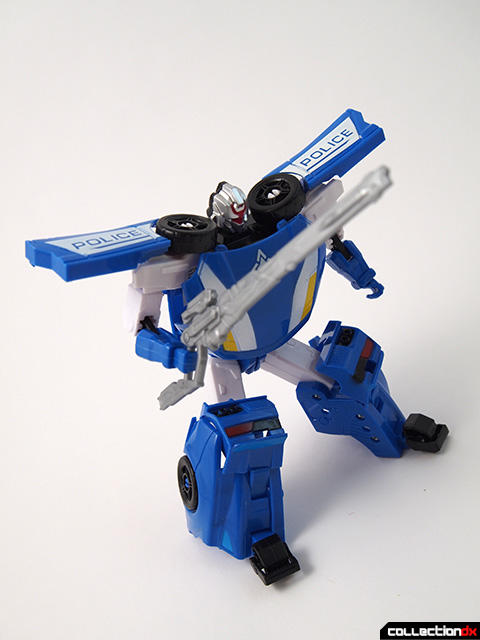 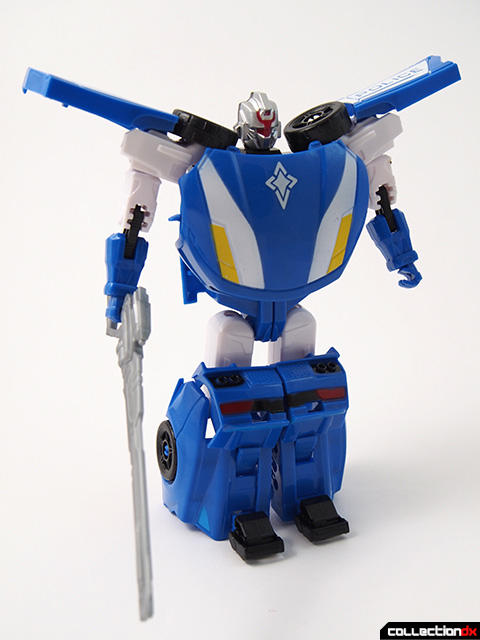 The firetruck, named Fire Storm, is reminiscent of the Transformers Universe Inferno, but it actually is called Drikold from the same series. No doubt the design is heavily "inspired" by Inferno. The build is actually very solid and everything clicks together well. 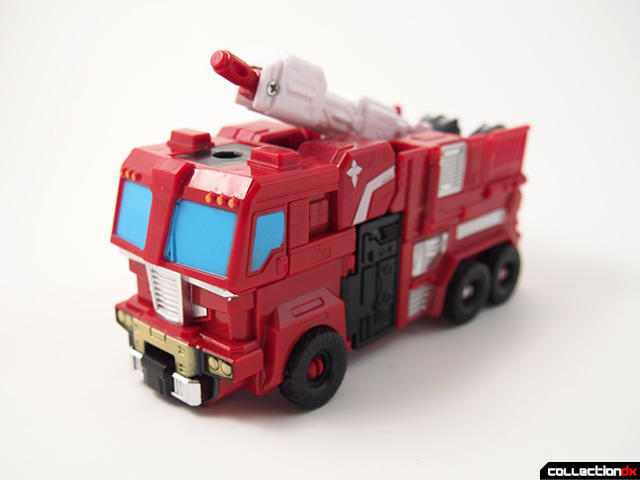 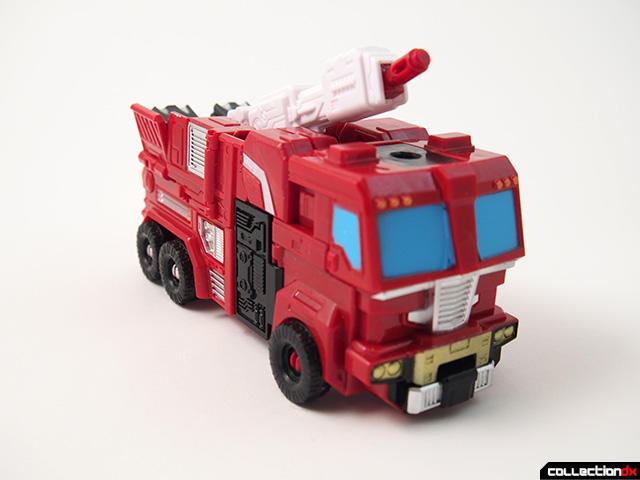 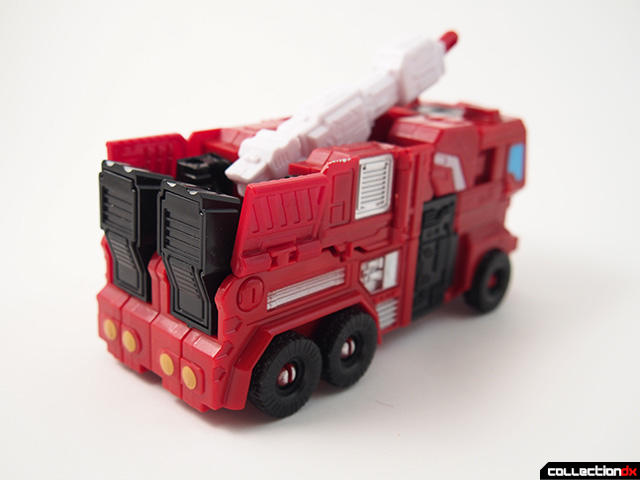 Transformed he's a blocky robot but he looks great and feels solid. 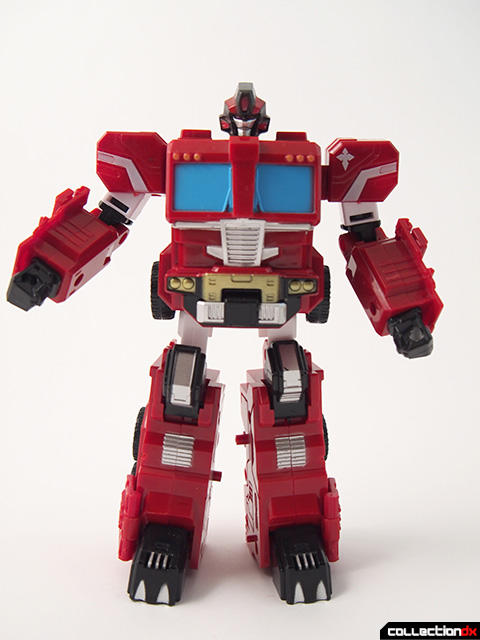 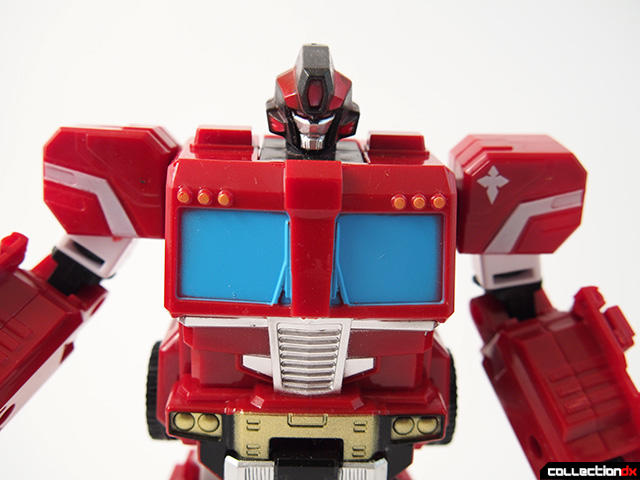 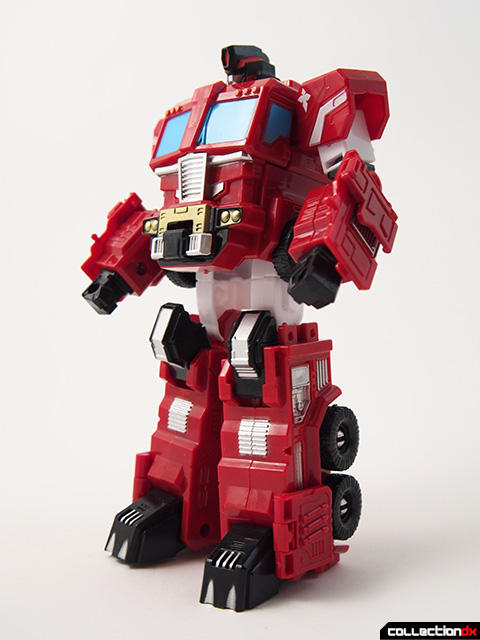 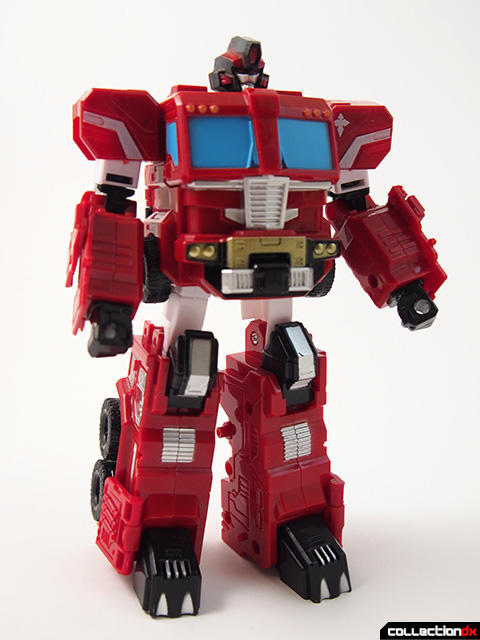 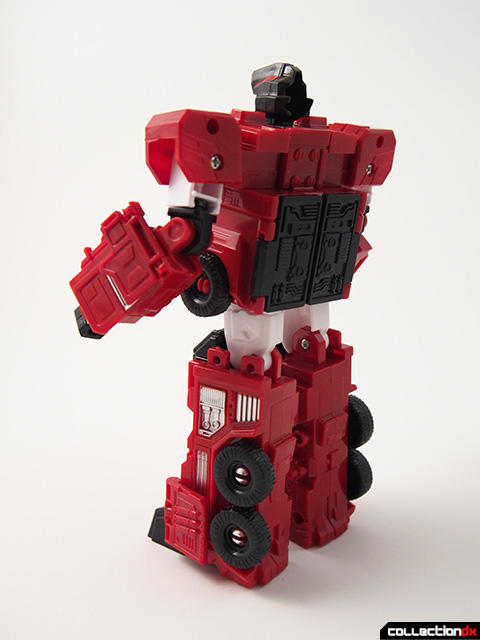 The water cannon can become a weapon in this mode. 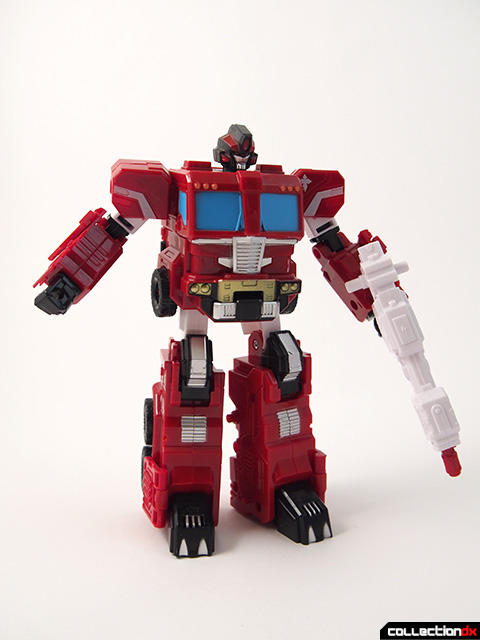 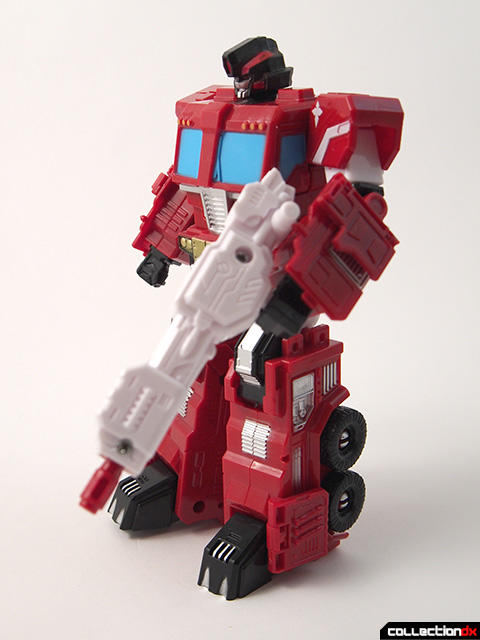 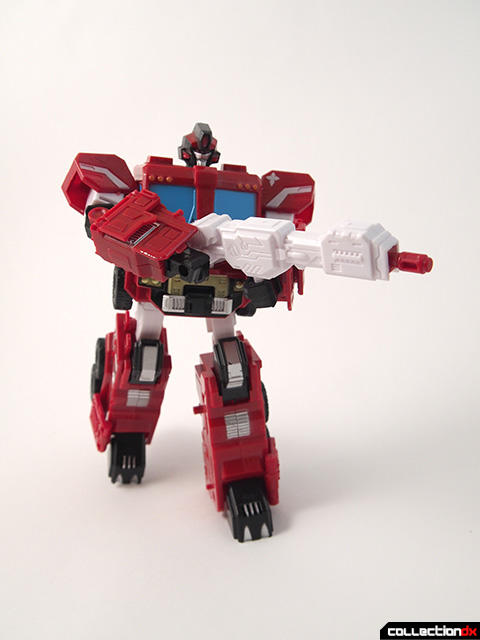 To form Firenado, first you have to alter Fire Storm, but only the top section. 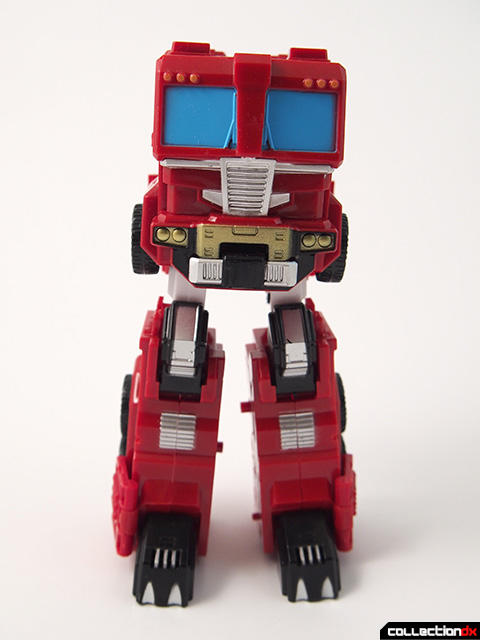 Sgt. Justice splits apart at the waist and the legs now become the hands of the combined robot. A separate helmet covers the original robot's head. The helmet has nowhere to go when not in use, so don't lose it. the helmet is missing the large yellow crest from the original Robo Revolution release. 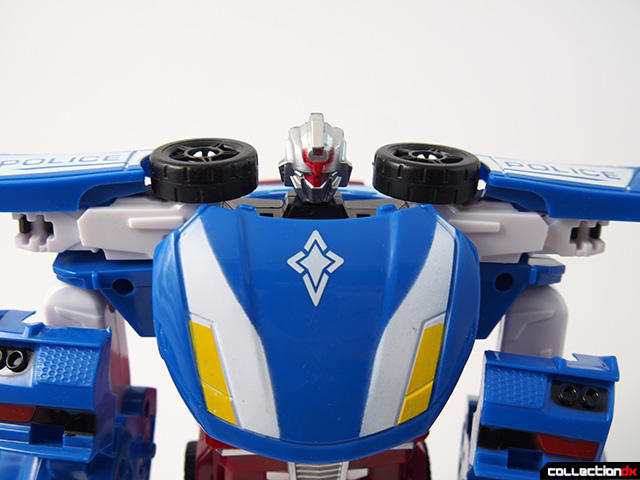 Combined, the toy is lanky, loose, unbalanced, and quite frankly - ugly. The top-heavy design is just awkward and the feet that became hands are kind of useless. 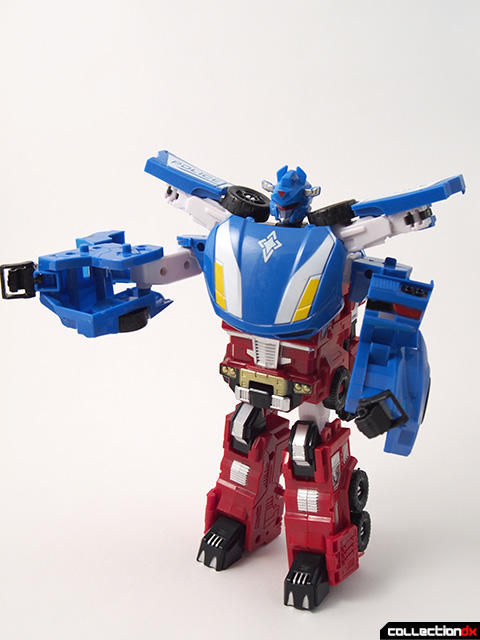 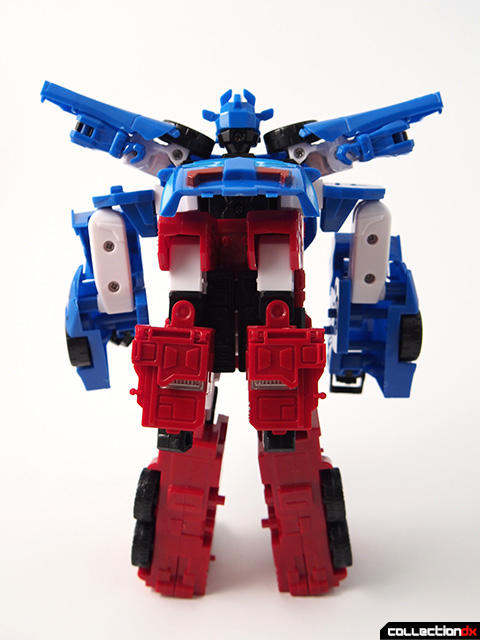 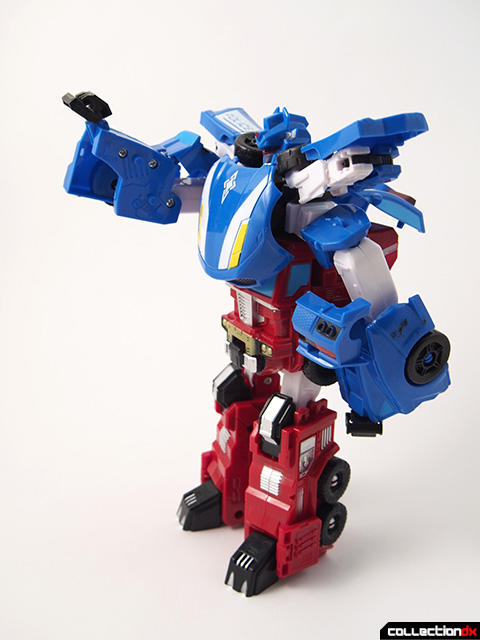 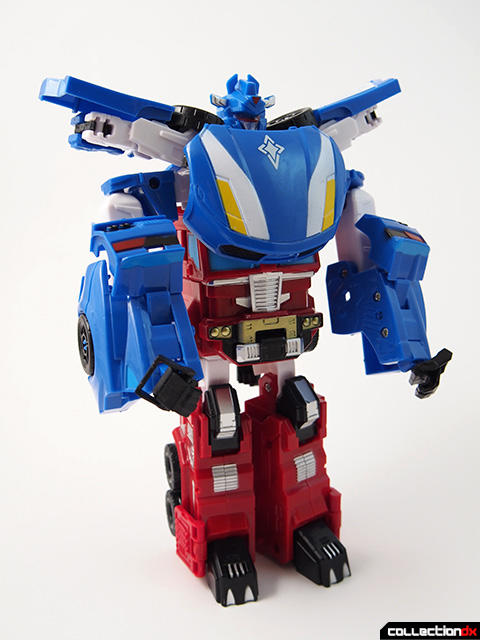 This copy of the Robo Revolution toy was made exclusively for B&M in the UK. There's a nice sticker on the inside of Sgt. Justice's hood explaining where it came from. 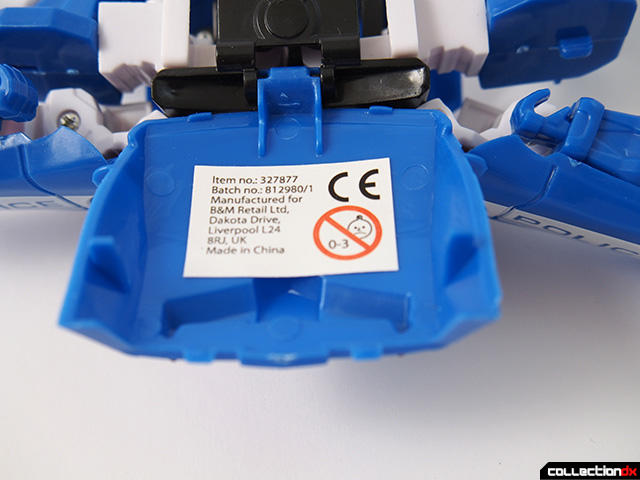 If you are in the UK, you can get the set for about 9 pounds, which is a deal for a unique robot.