Captain Phasma commands the First Orders Stormtroopers with an iron fist, and the Figuarts does an excellent job of capturing her on screen presence. She comes packaged in the standard light weight Figuarts window box. She comes with three sets of hands and her gold blaster. 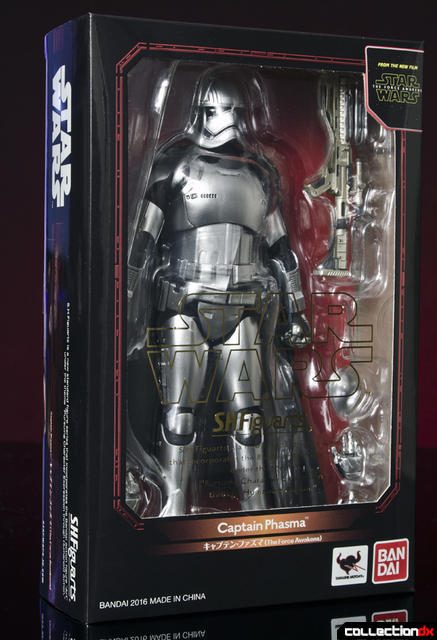 Phasma stands almost exactly 6 inches tall. This makes her a little short when compared to other characters in the Star Wars Figuarts line. She's taller than the average trooper, but she doesn't cut quite the imposing silhouette that she does in the movie. 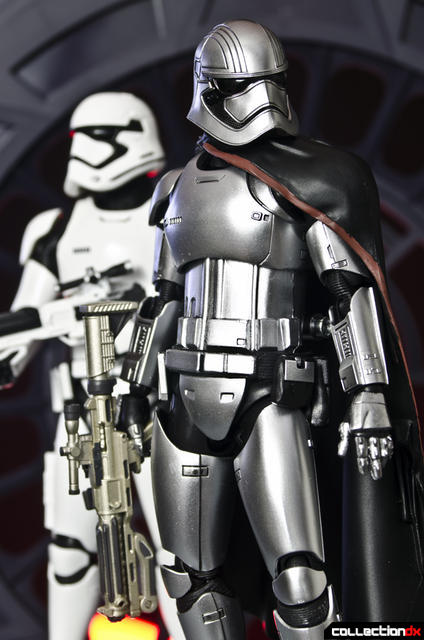 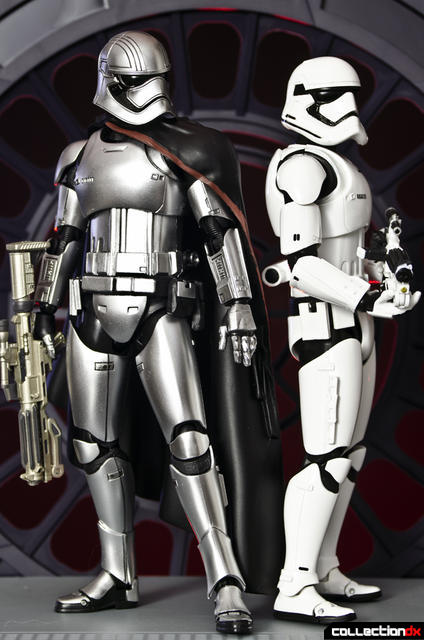 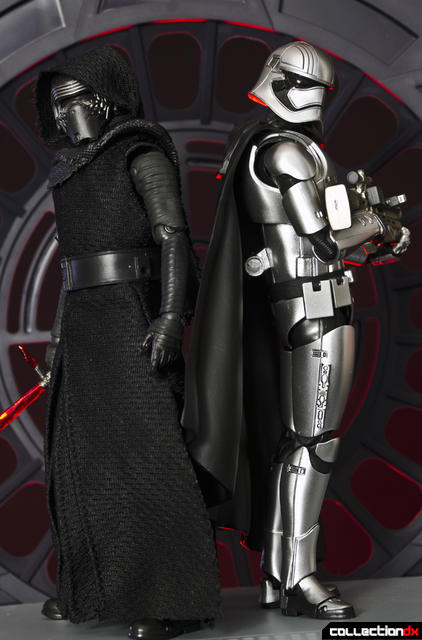 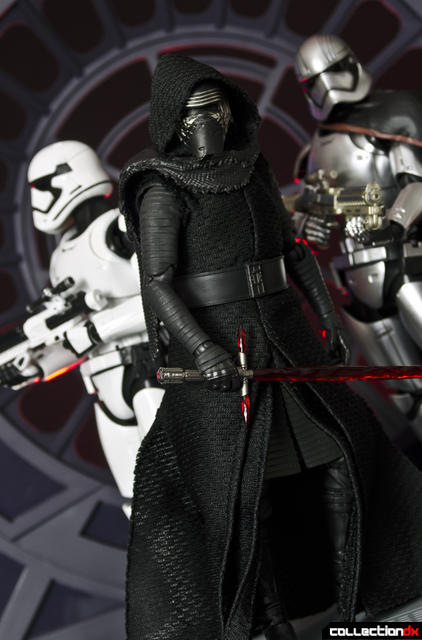 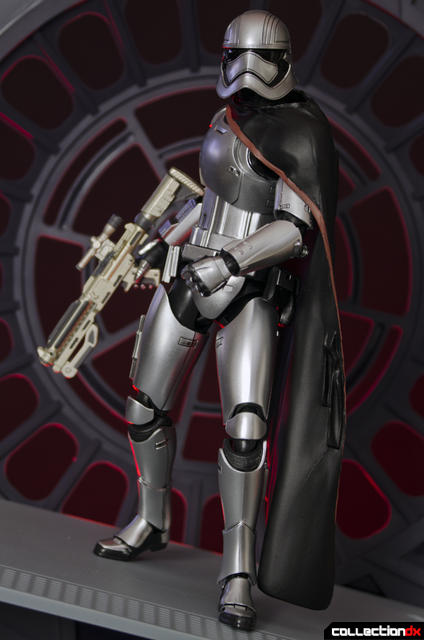 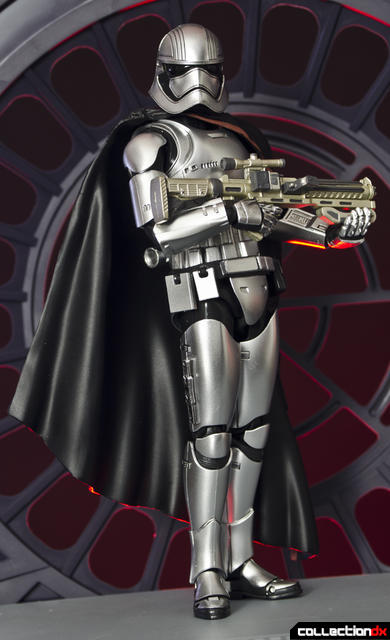 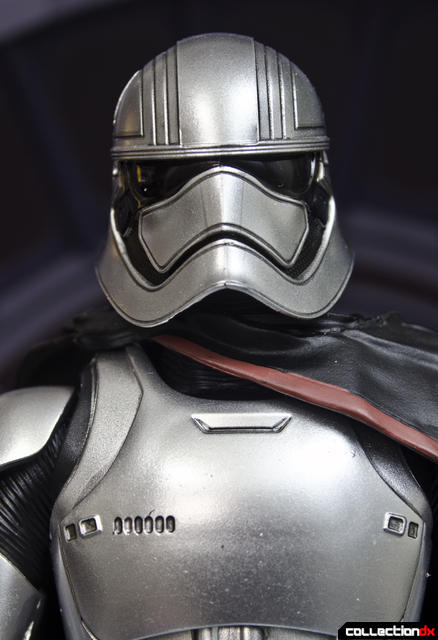 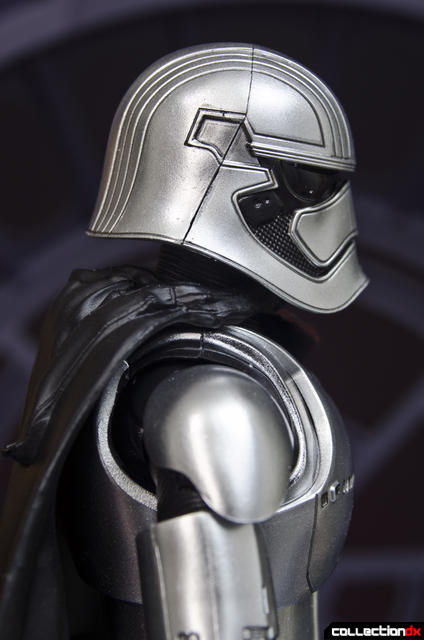 Being that this is a retooling of the First Order Trooper, Phasma's articulation shares the same dynamic range. 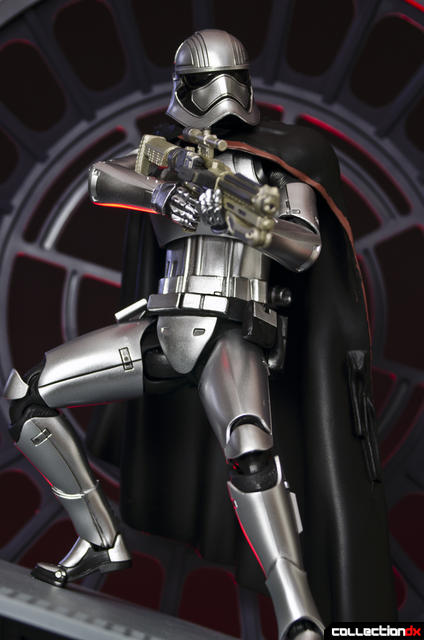 The figure doesn't have pull down hips like previous Figuarts releases, but the range is still excellent. The pouches on the belt are on a hinge so they can swing out of the way. 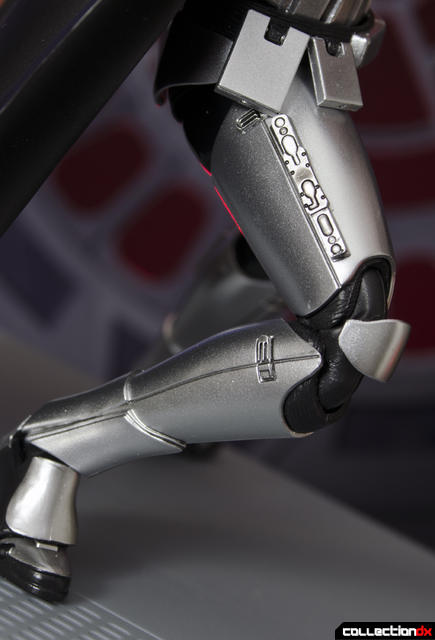 The First Order Trooper may be one of the best releases Figuarts has ever put out, and for the most part, Phasma shares everything that made the FO Trooper so great, with a few exceptions. First of all, Phasma's cape is just god awful. It is completely molded around her left shoulder. What that means, is that if the left arm is lifted, or moved forward or backward more than a little bit, the cape sits unnaturally. Not only that, but the cape is long enough that is hinders kneeling poses. 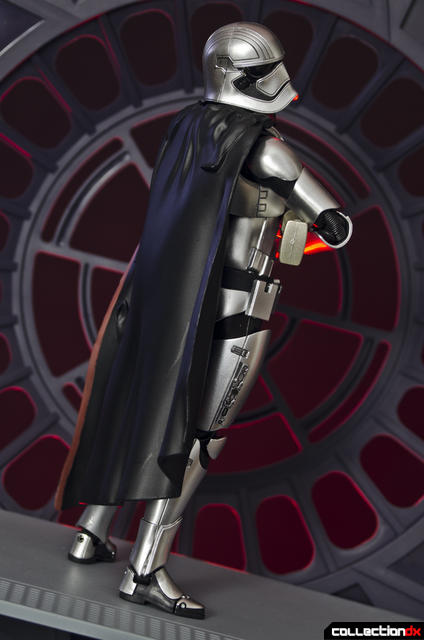 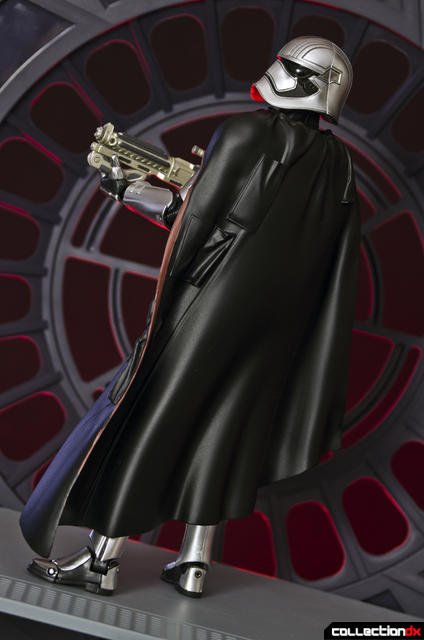 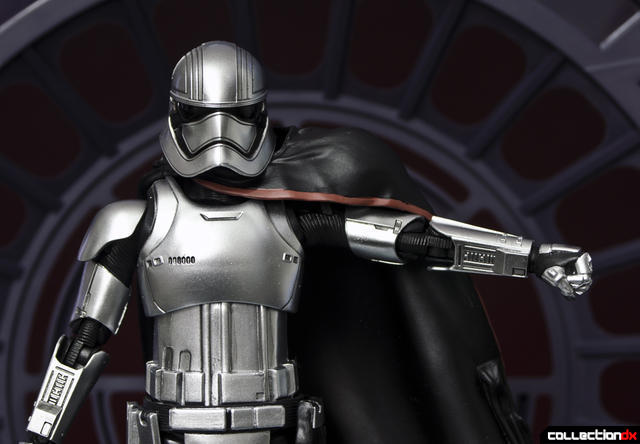 Of course, the cape can always be removed, but Phasma just looks strange without it in my opinion. 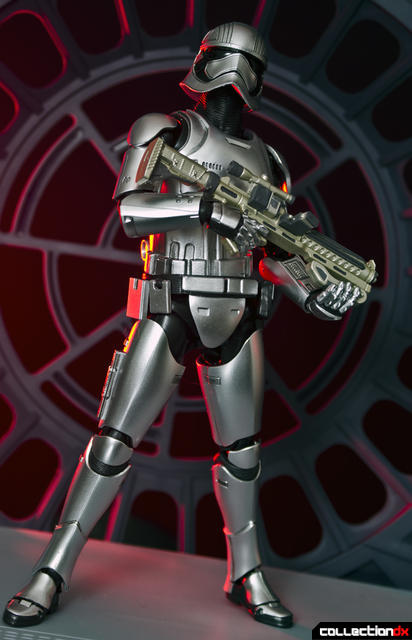 Second of all, I'm not a fan of the hand that grips the gun. The fingers seem too short for the handle. As you can see, the fingers don't even reach the trigger. 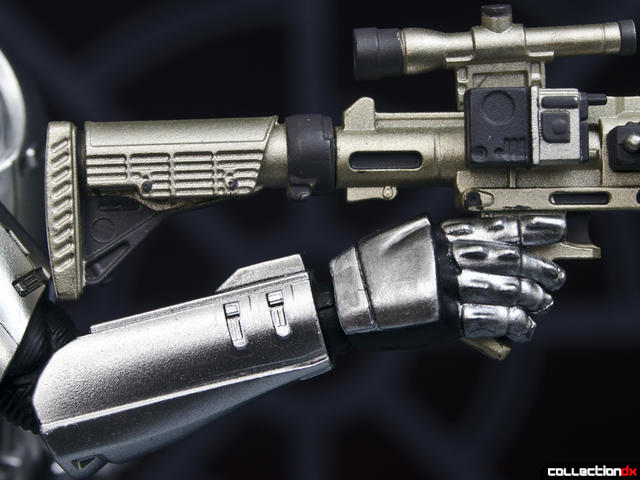 Another small complaint is that the guns stock doesn't come off or collapse, which can make it hard to pose in some circumstances. 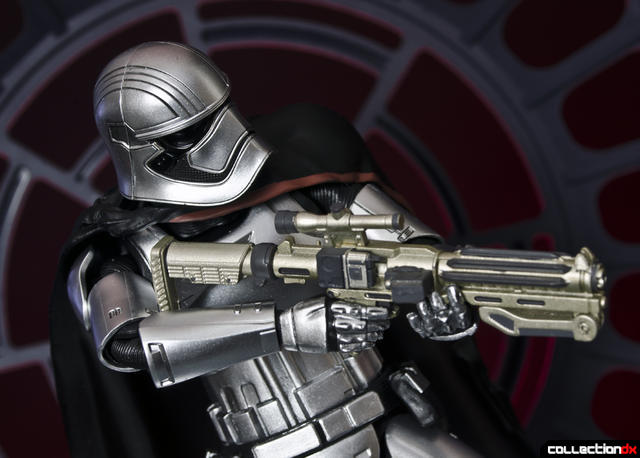 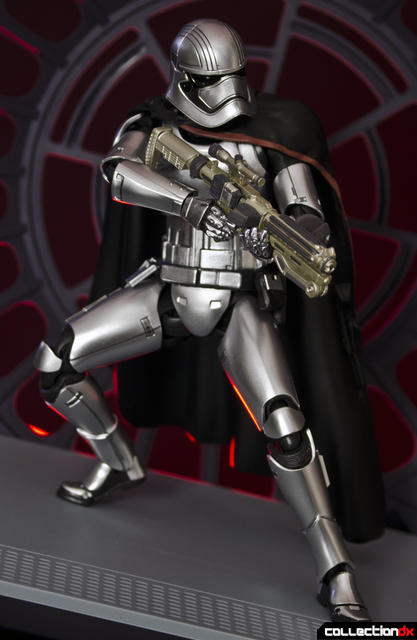 Initially, the cape really put me off to the figure. I was all set to give this a terrible review, but after handling the figure for awhile, the cape doesn't bother me as much as it initially did. The figure shares everything that made the FO trooper great, articulation, balance, ect which goes a long way towards redeeming the figure. All said and done, I really do like this version of Phasma, she looks great posed with other Figuarts, and does a great job of capturing the look of the character. That said, I can't guarantee that she won't get replaced by the MAFEX or model kit when they come out. 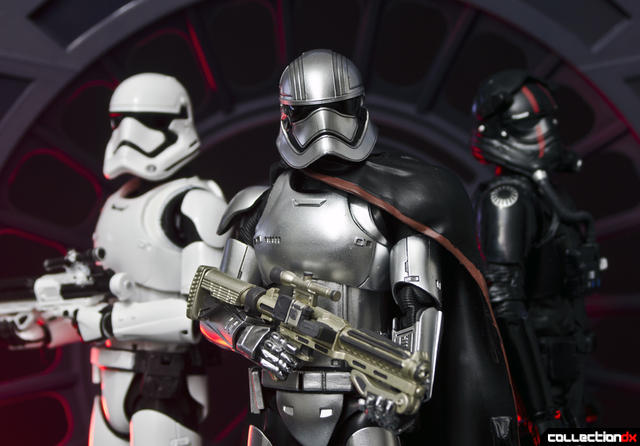 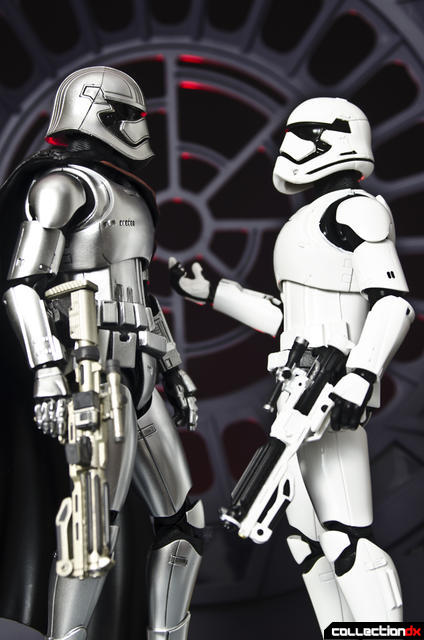 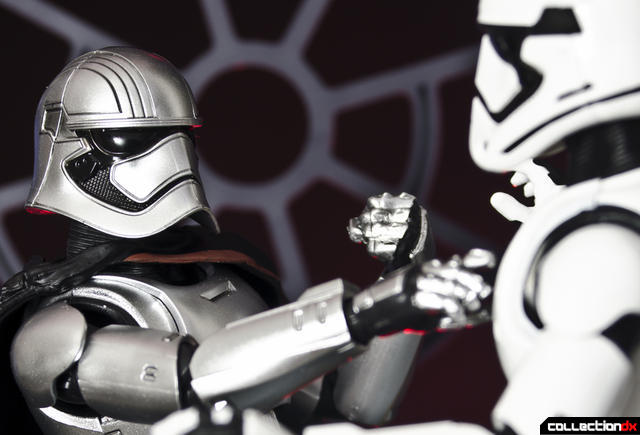 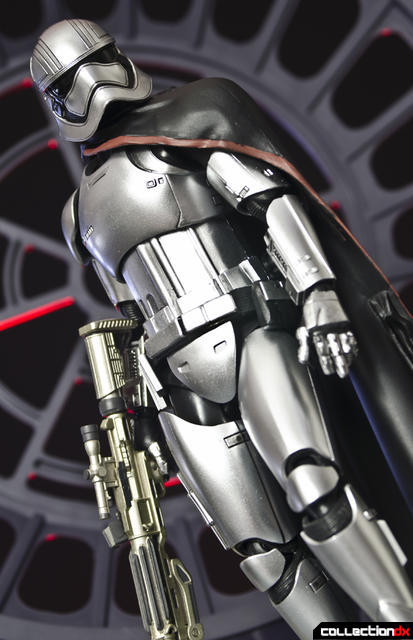