By now, if you have any interest in Japanese toys and animation, you probably have some idea of who Black Getter is. Various iterations of the Black Getter have been reviewed on the site previously so all you really need to know is that the Black Getter is from a cartoon about giant robots violently murdering other robots. Since the Black Getter is simply a slightly retooled version of the SRC Getter 1, there won’t be too much to say about the figure that hasn’t already been said. 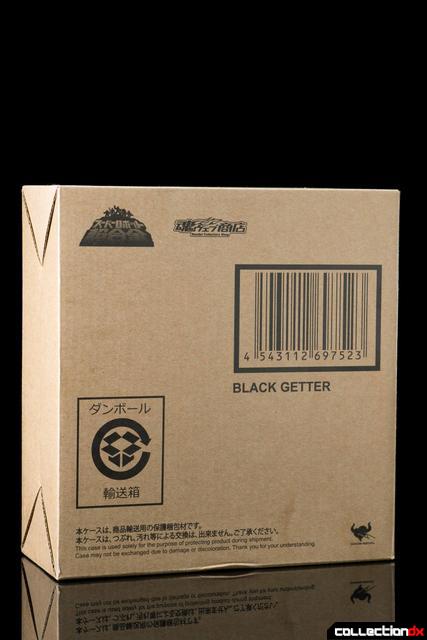 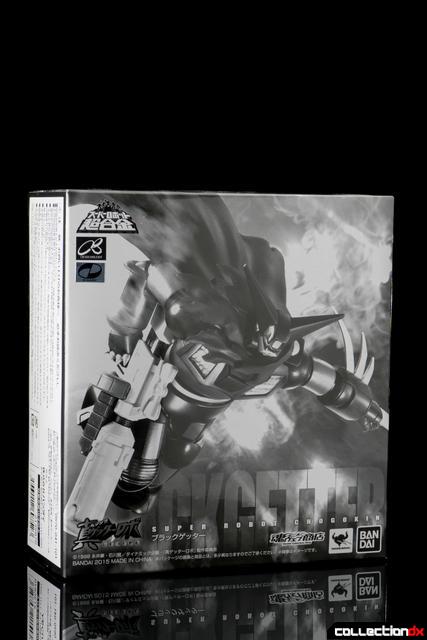 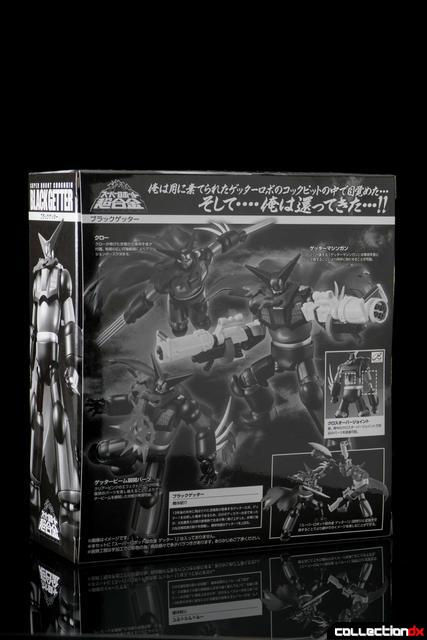 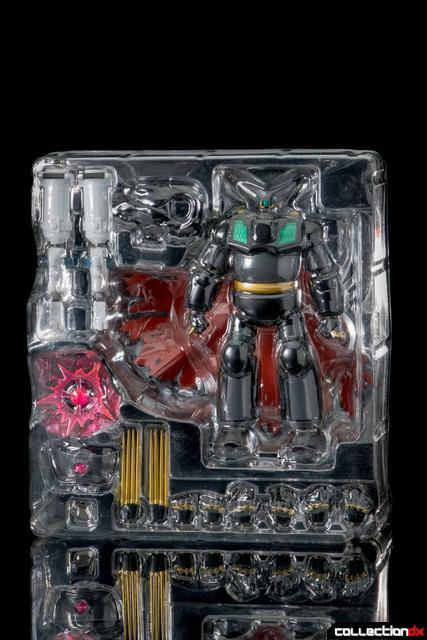 Unlike the normal Super Robot Chogokin Getter 2, Black Getter released as a Tamashii Web Exclusive and comes packaged with the typical cardboard outer box and windowless inner box. Included are four pairs of hands, two Getter machine guns, alternate chest piece, getter ray effect part, and cape. Unfortunately no Getter Tomahawks are included, as they came with the SRC Getter 1, but it’s kind of annoying that the weapon Black Getter actually uses in Shin Getter Robo is not included. 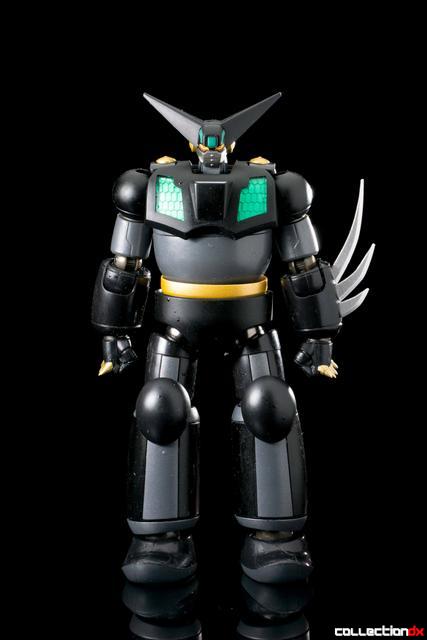 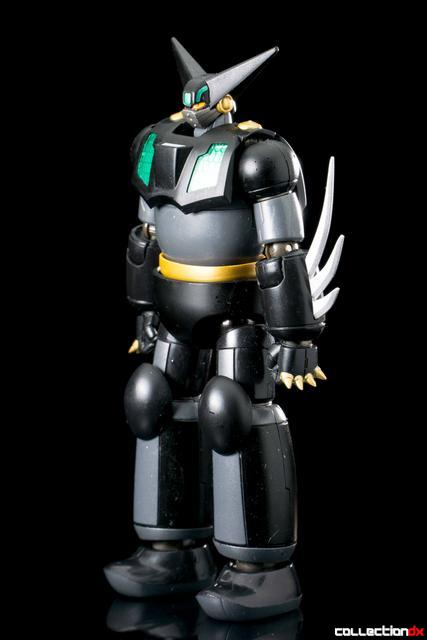 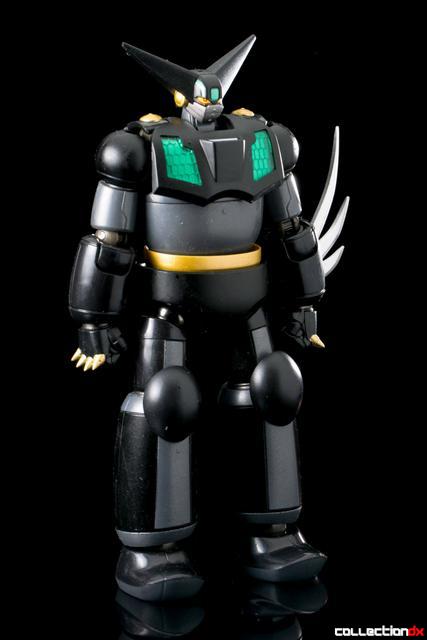 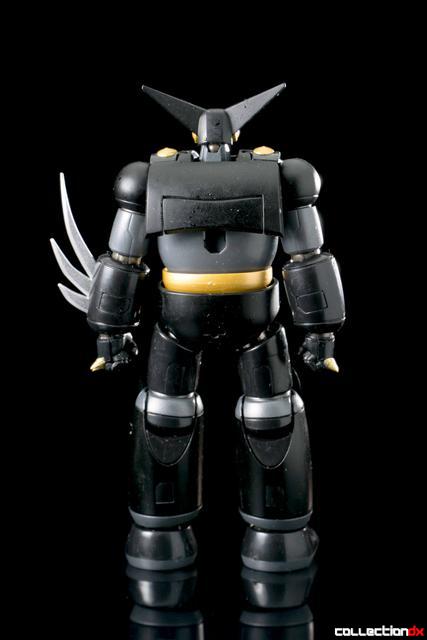 Black Getter looks great anime accurate. Unlike many of the other iterations of the figure that are uniquely stylized, the SRC is kind of like the vanilla ice cream of Getters. It’s a little plain but exactly what you expect it; a screen accurate rendition of the design. 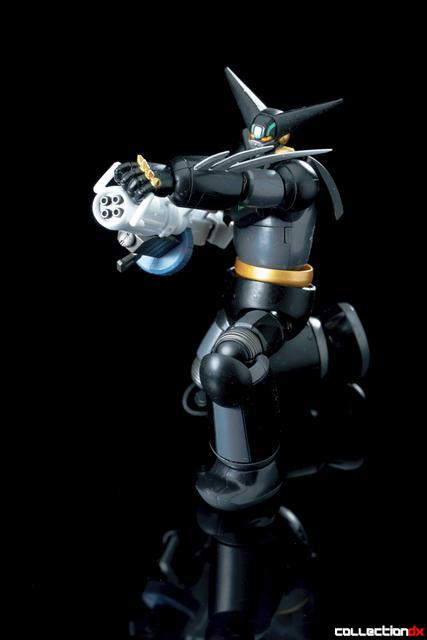 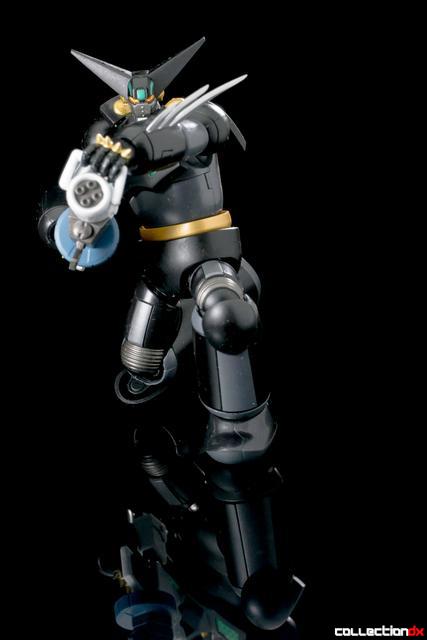 It’s been over a decade since I last watched Shin Getter Robot, but I don’t recall the Getter machine guns ever appearing. The handles are a bit too far forward to hold with two hands but the guns can be held one handed just fine. Articulation is surprisingly good, vastly better than the SRC Gunbuster but not as good as the SRC J-Decker. You aren’t going to be doing any Iron Man landing poses, but given the restrictive nature of the original design, it can pull off a pretty wide range of poses. 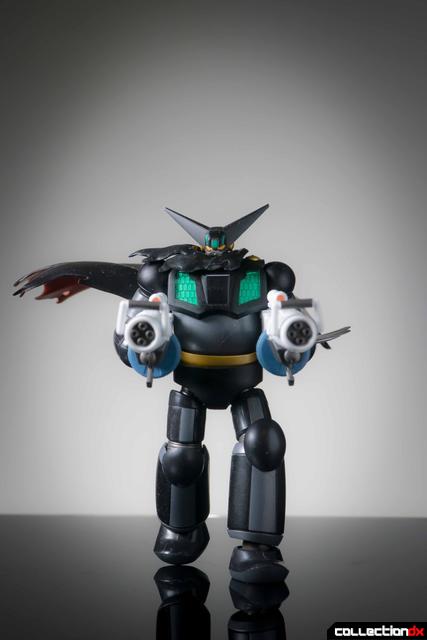 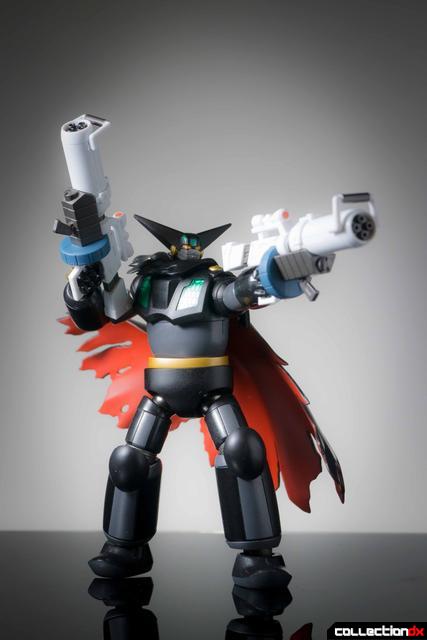 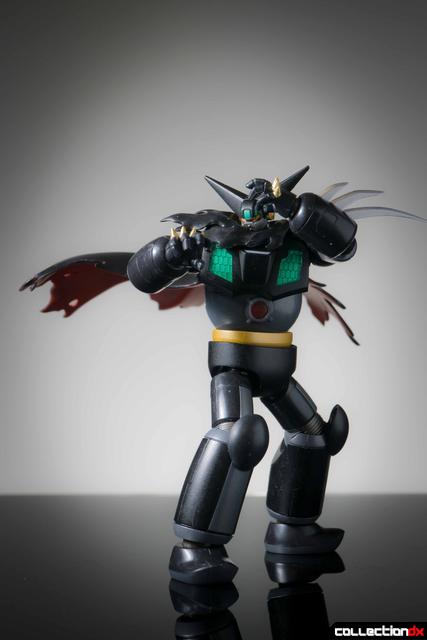 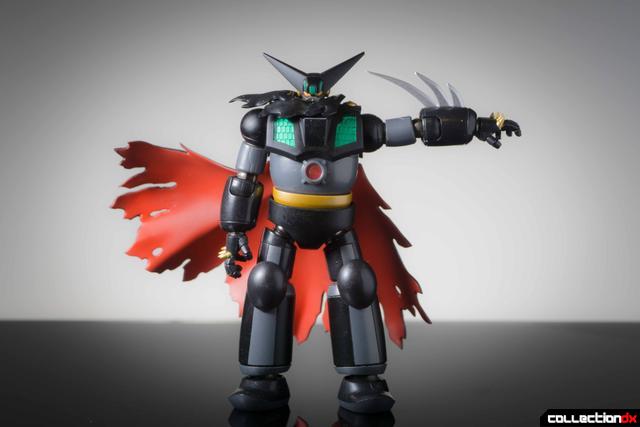 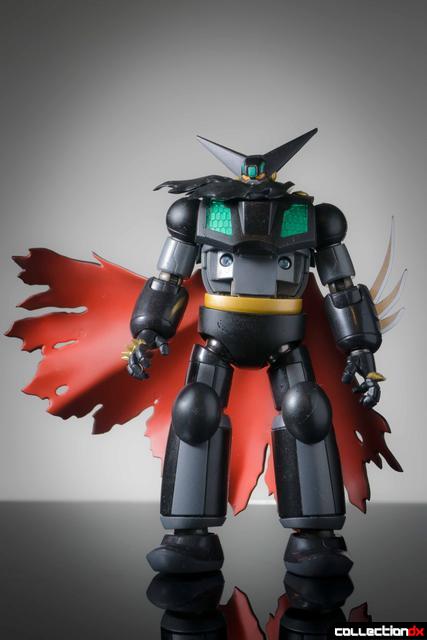 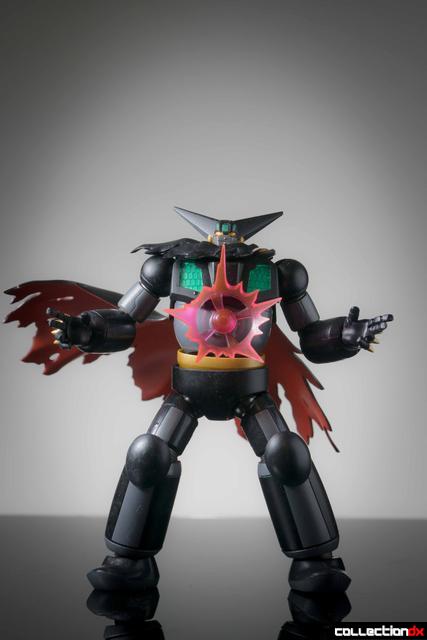 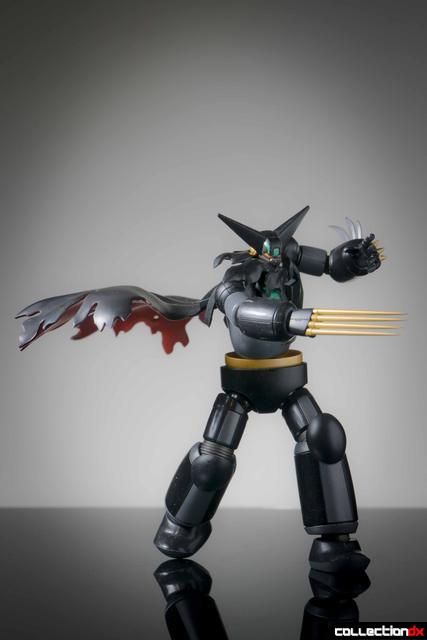 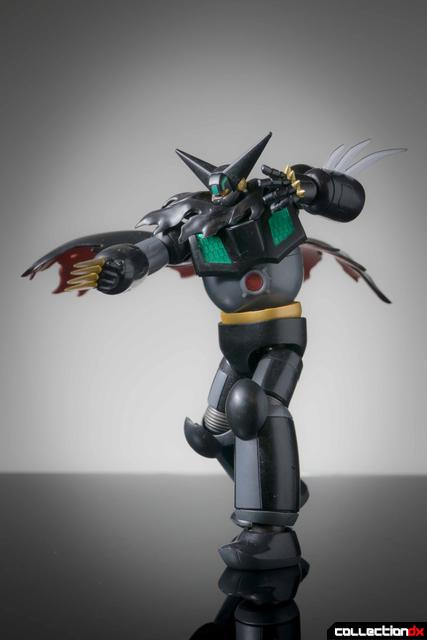 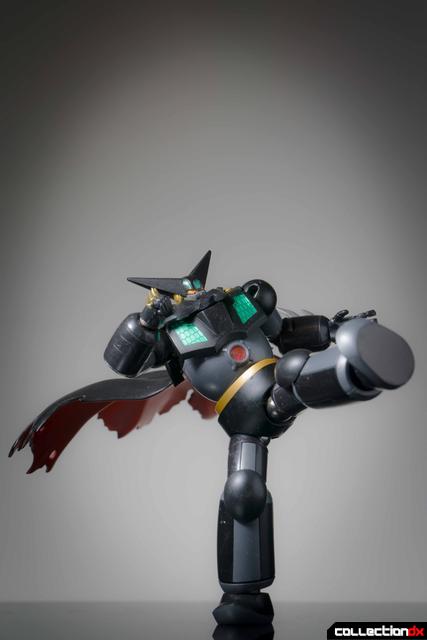 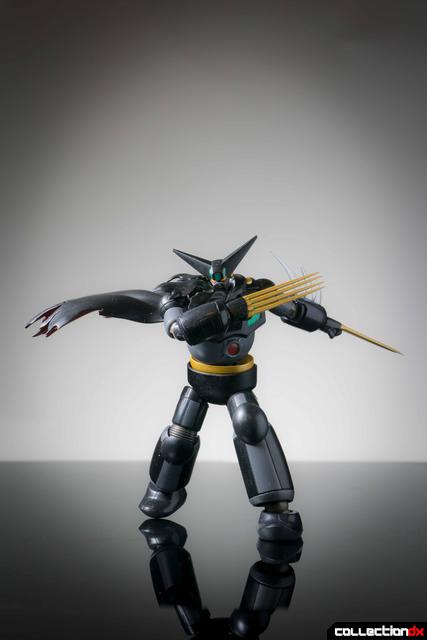 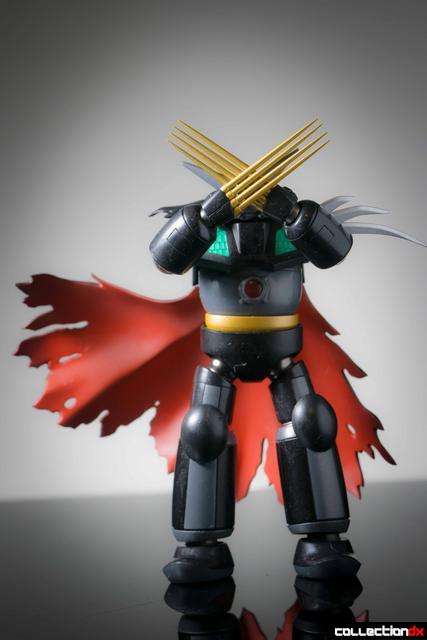 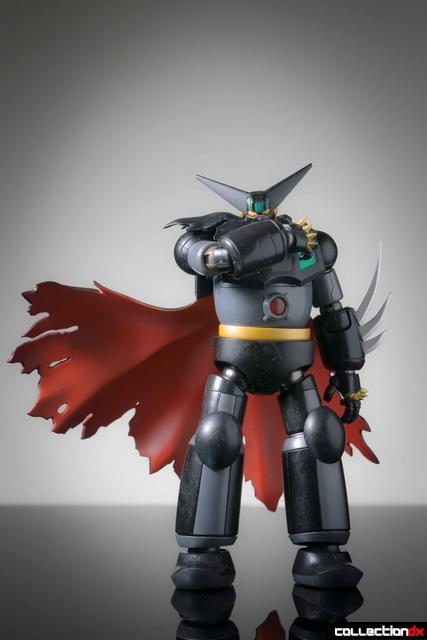 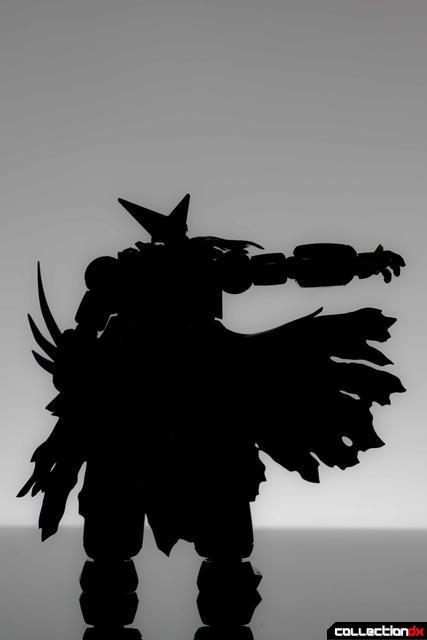 I’ve only owned two previous versions of the Black getter previously, the Revoltech and Aoshima. Of the three, the SRC is definitely my favorite. It’s not as poseable as the Revoltech and doesn’t have as much metal content as the Aoshima, but it’s an accurate screen representation with good weight and actually feels sturdy enough to really play with.  My only real complaint is that the Getter tomahawks were not included and that the figure itself is a web exclusive. If anything, the Black Getter should have been the normal release given its prominent role in Shin Getter Robo. If you are only looking to pick up one SRC Getter, I think the Black Getter is definitely the one to get.

The Getter Machine Guns did show up in the first episode, but it was regular Getter Robo and not Black Getter who used them.

They've been a popular accessory for Getter 1 toys pretty much since that show came out.