The idea behind the WeGo is that in some alternate universe these exist as actual vehicles - for kids. They're designed to be safe and easy to use for kids to traverse tough terrain on their way to school or around town. They are fulfilling the dream that the Segway never did.

"A new Mechatrobot has been announced by "CHUBU Mechatronics" who have change the course of the whole Mechatrobot industry worldwide with "CHUBU 01"!

The WeGo is the world’s smallest Mechatrobot which was designed to be used for children’s school commute in under-populated areas and for various recreational purposes."

Sentinel (in collaboration with MODERHYTHM / Kazushi Kobayashi) has produced 1/35 scale versions of these robots in glorious diecast and plastic.

They are really small. 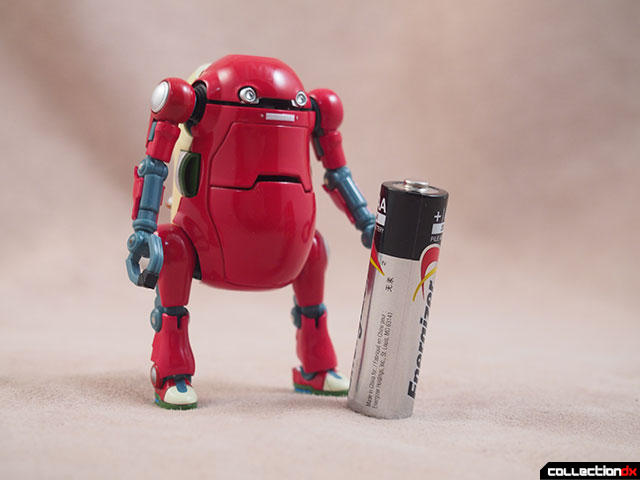 WeGo comes in a small, compact box, with attractive graphics. It's very industrial and minimalist in design. 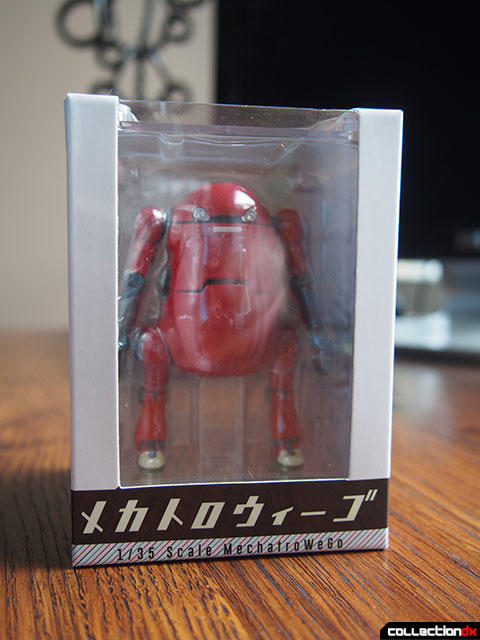 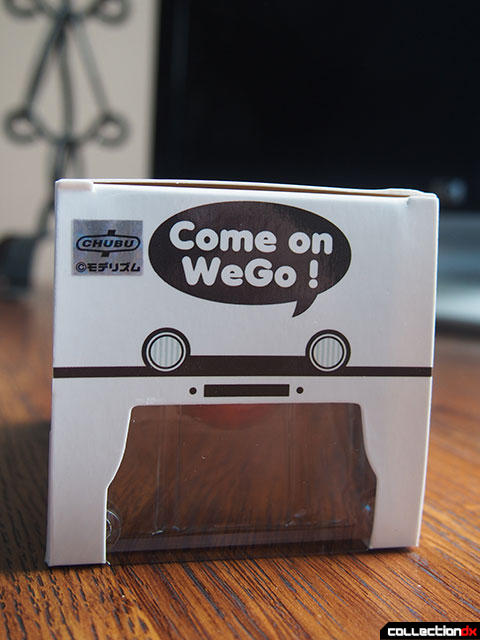 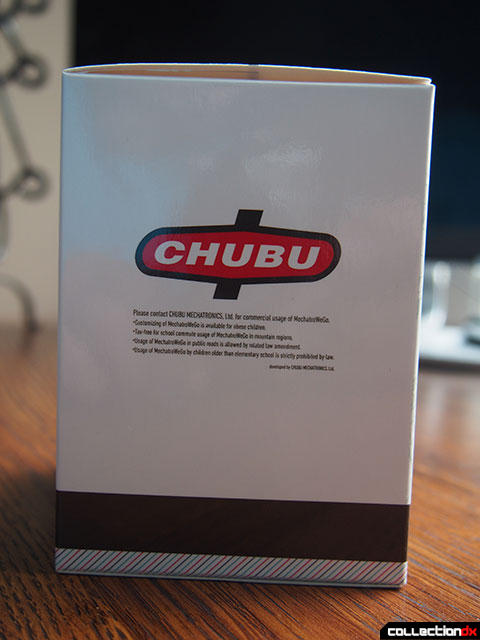 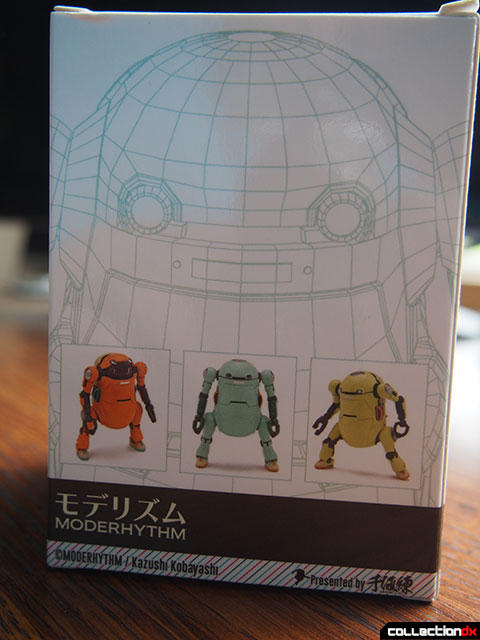 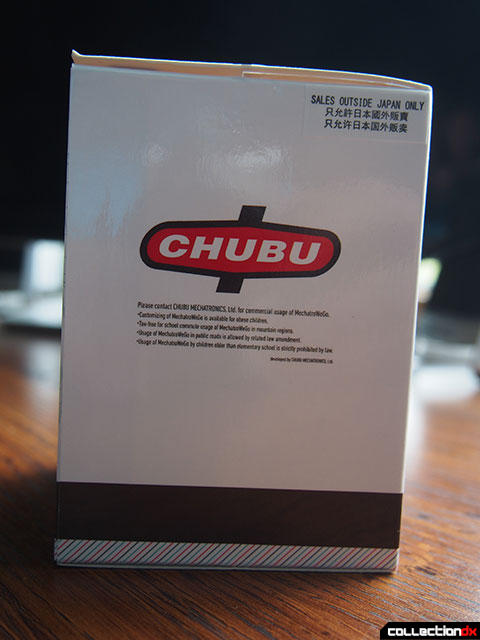 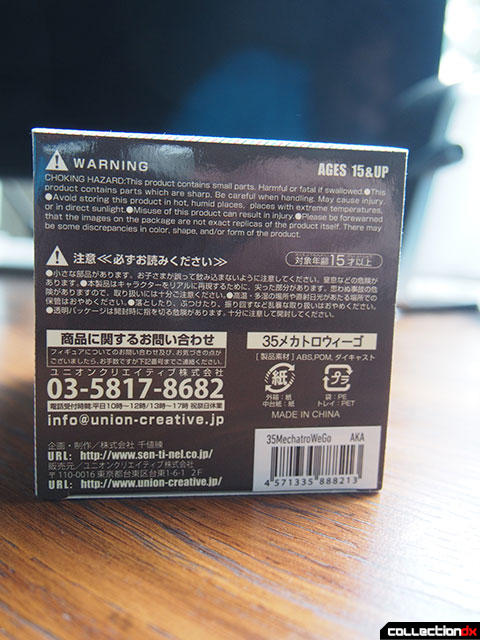 Inside, the WeGo is stored inside a rigid plastic cube, and suspended inside a thin plastic tray is the robot. 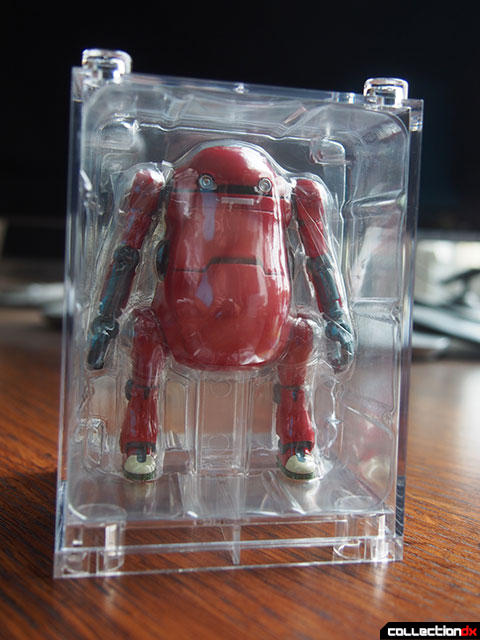 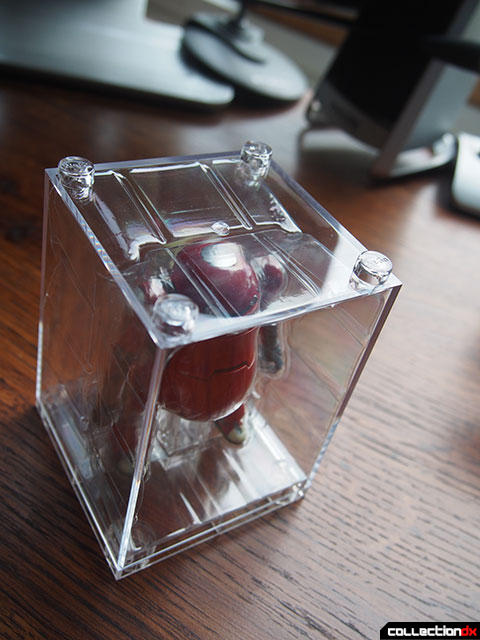 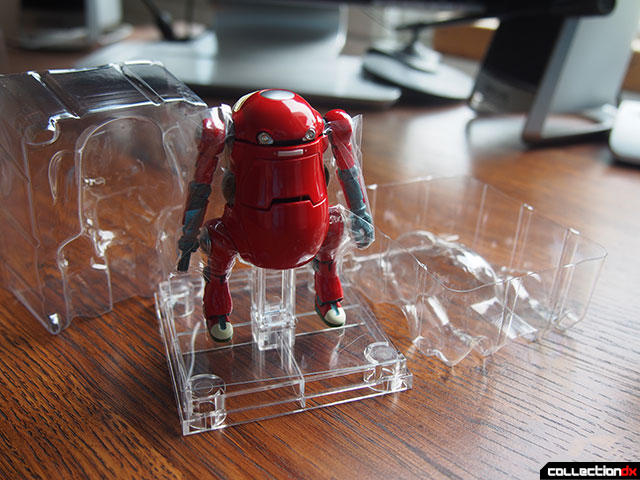 The cube features pegs and holes so if you have multiple WeGo units you can stack and display them. 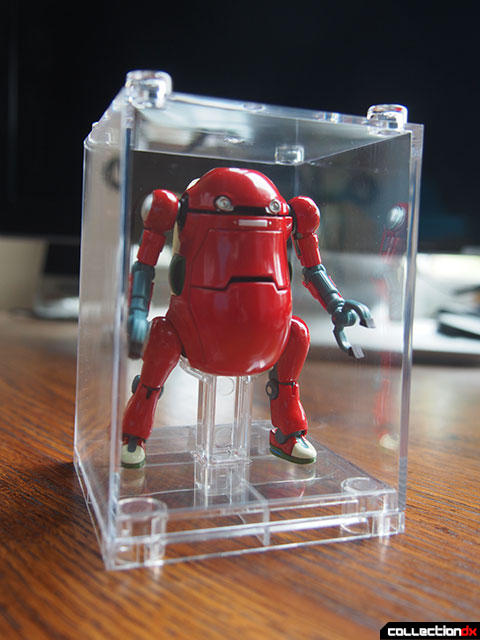 There's also a clear stand that pegs into the base and clips onto the WeGo. 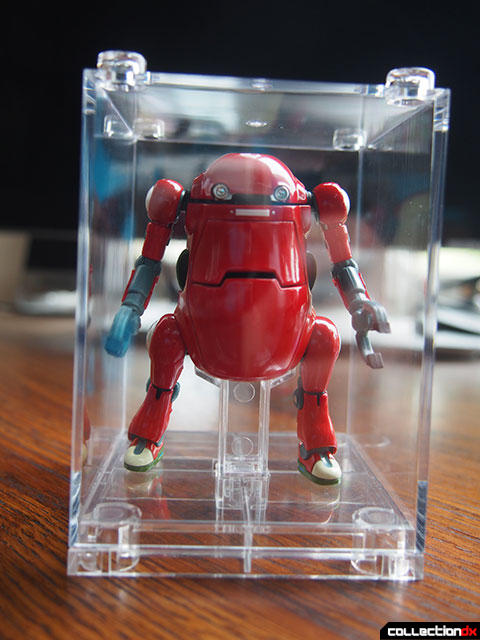 But honestly, the case is only great for display. The fun is taking it out and playing with it. 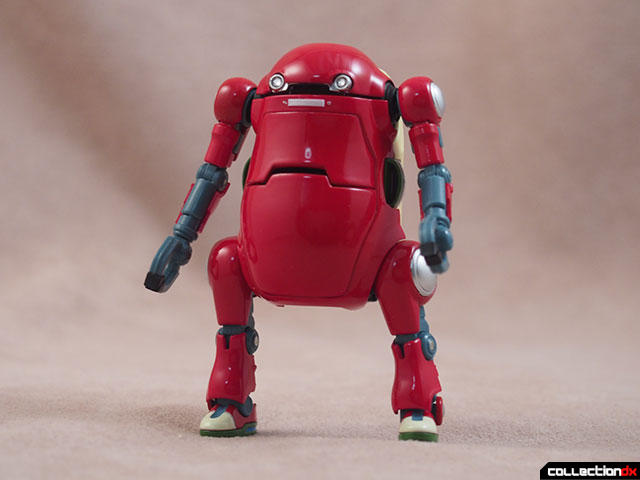 Broken free of its acrylic casing, the WeGo is a fantastic piece of shiny red hand-candy. This thing wants to go in your pocket and go everywhere you do. 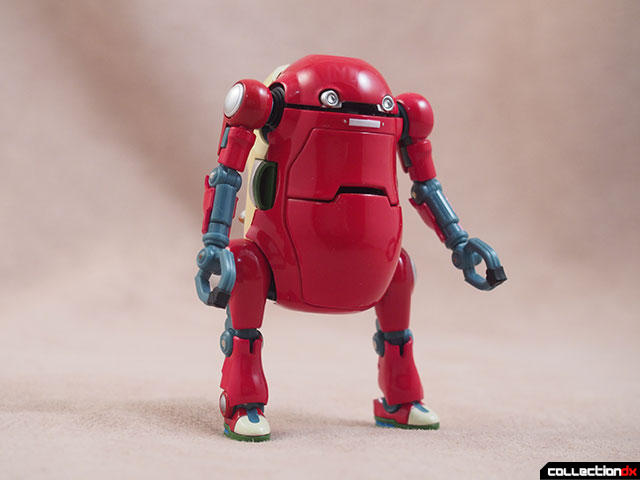 The toy features a sleek nostalgic industrial design that makes a plausible real-life Mecharobot. The back even appears to have tail lights. 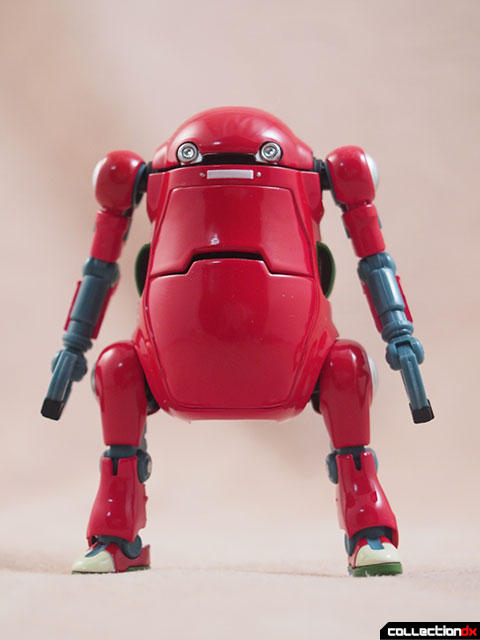 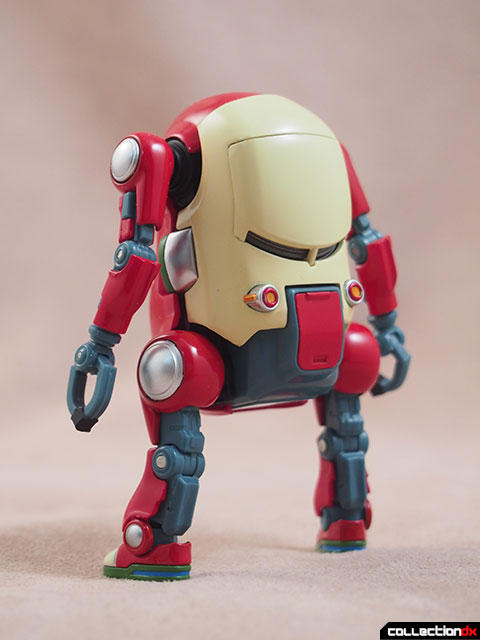 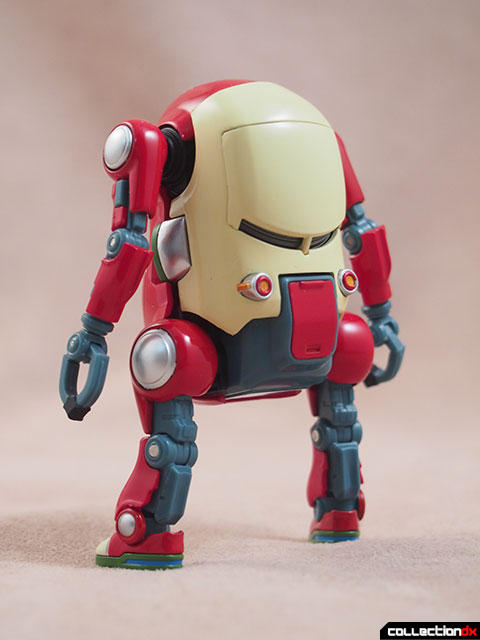 The small red panel and large cream-colored panel on the back are removable. 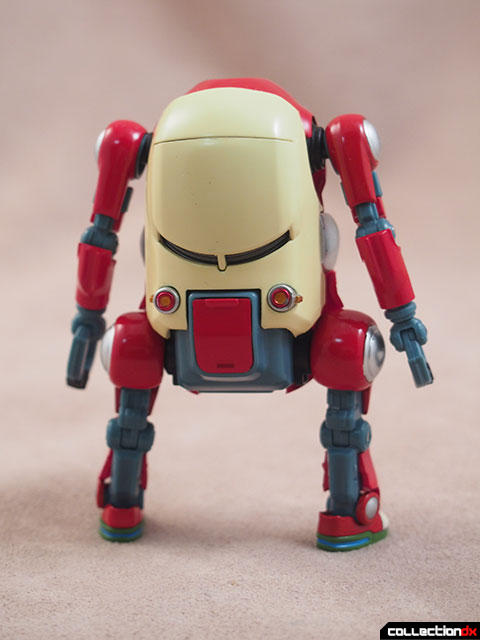 Articulation is great, with ball joints at the shoulders, hips and feet, hinge joints at the elbows and knees, and working articulated claws. 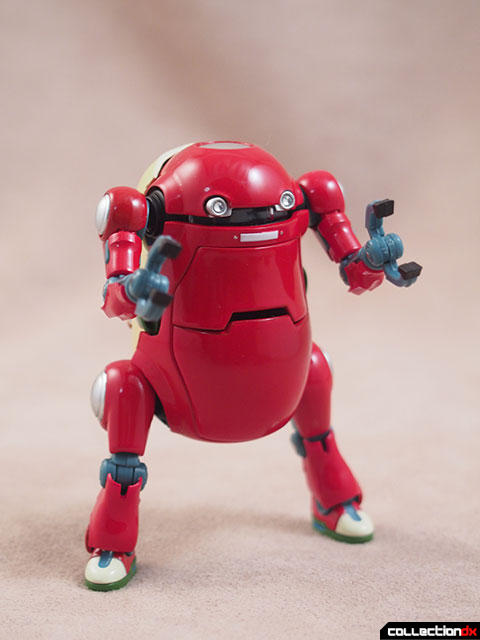 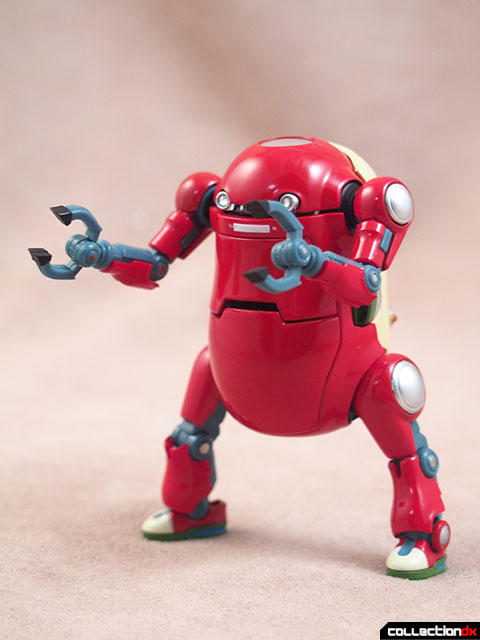 The key feature though is that almost all of the armor being is removable. Several parts are diecast, most notably the large panels in the front. Small parts come off of the limbs and even the back. 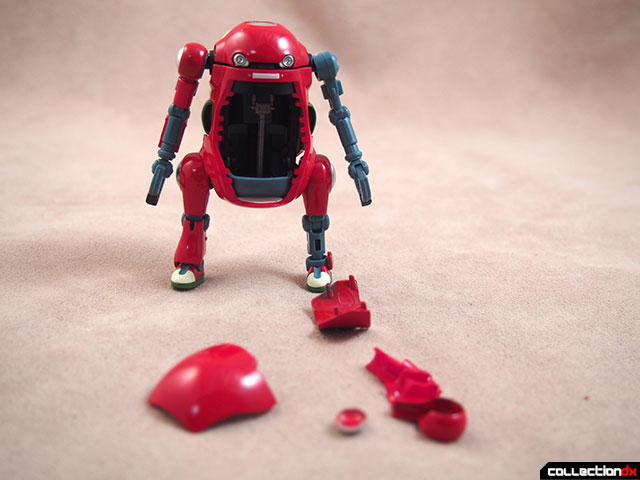 With the front armor off you get a good look at the cockpit. The WeGo is meant to be driven standing up with both hands on the yoke in the center. 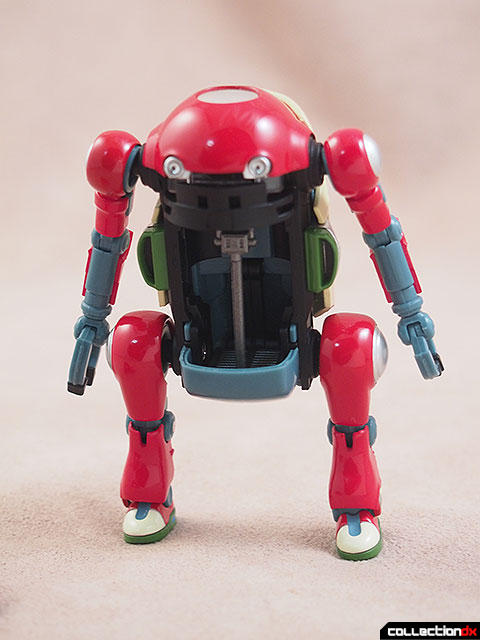 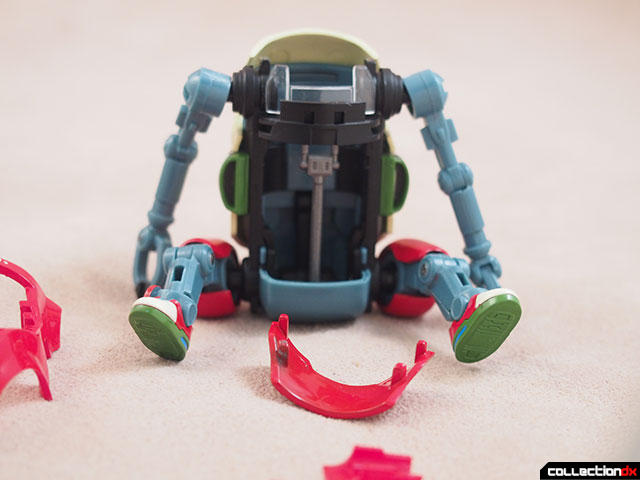 I wish I had more than one WeGo so I could mix and match parts between the two. As it is I have to make WeGo put himself back together again. 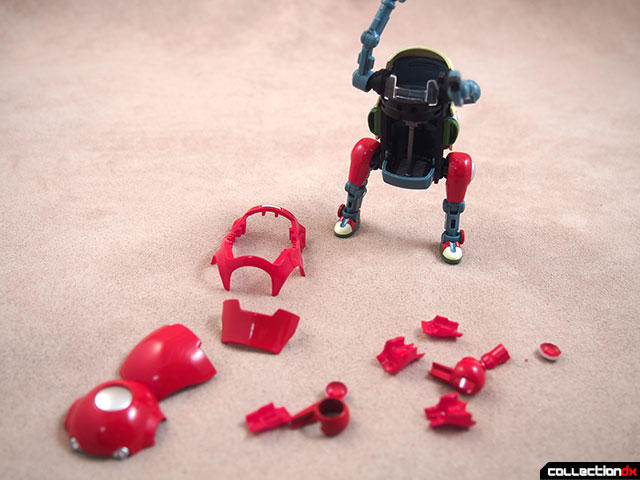 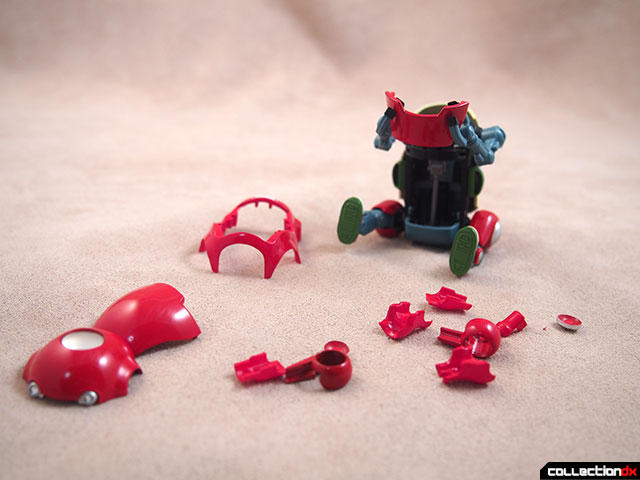 I'm in love! Who wants to come to the wedding? My wife should be okay with it. She's pretty used to me adding more toys to the marriage.