ARE YOU READY TO CHOU HENSHIN!?

Kamen Rider Kuuga is responsible for jumpstarting the Heisei era of the Kamen Rider franchise (Black RX and the 90's movies notwithstanding). Naturally, Kuuga was one of the first S.H. Figuarts releases back in 2009, but that was six years ago. Since he was so old, glorious Bandai decided that Kuuga needed an overhaul before actually making a base Kiva figure. Seriously, we are getting figures they have already made before we get a base Kiva SHF. WE ARE GETTING A MASS RELEASE KIVA-LA BEFORE KIVA.

This is the new Kuuga. 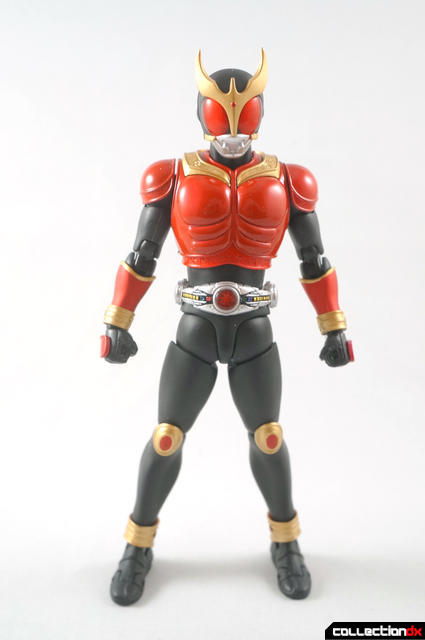 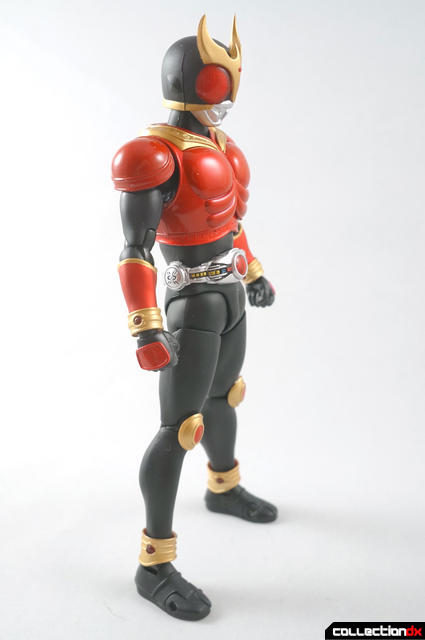 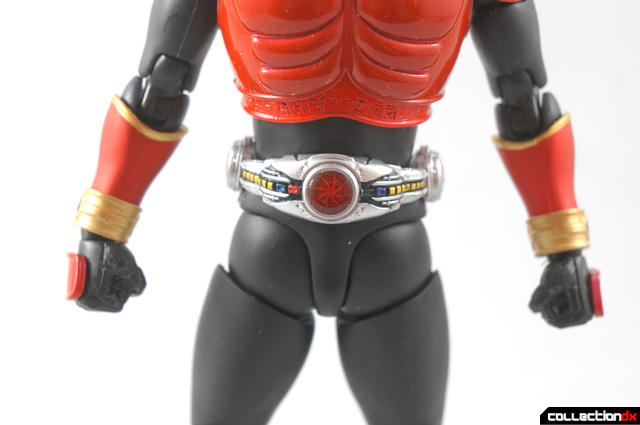 He looks like Kuuga. The armor is really detailed, and the matte black plastic looks gorgeous next to the shiny red.The belt is also meticulously crafted. 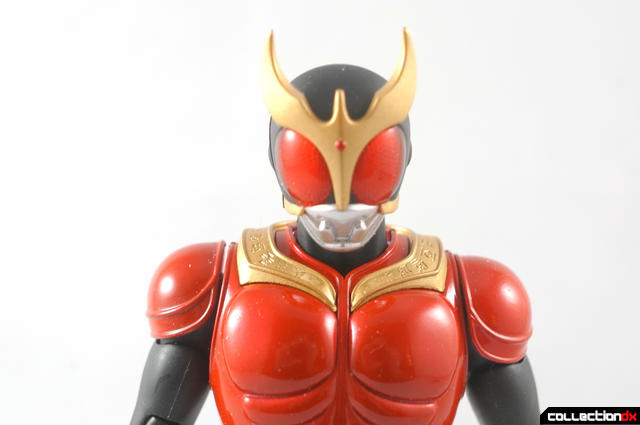 The headsculpt is phenomenal as well. The body is very sleek and way more proportional than the old one. I'll have a full comparison between the two later on. 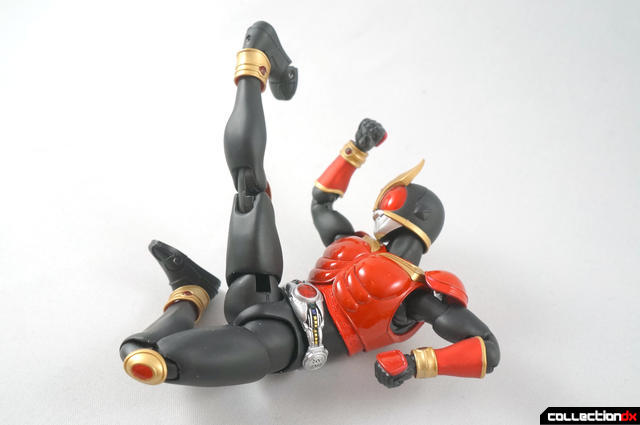 Articulation is great. It's using a new body that is very similar to the Hibiki release. I absolutely love the ab crunch. The bottom of the chest piece is separate so that whenever you move the chest really deep the sculpt isn't torn. I freaking love that. 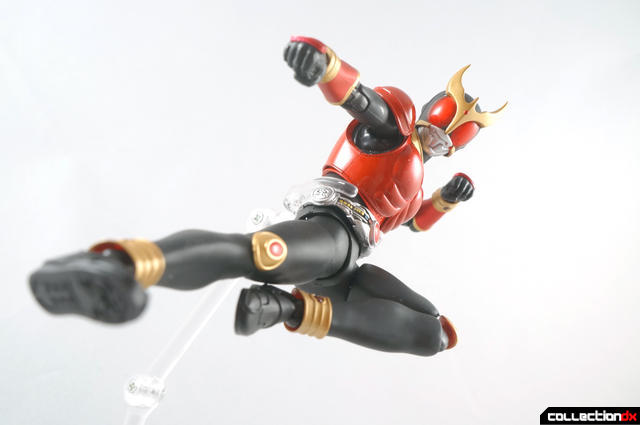 Also, the shoulders are really nice. 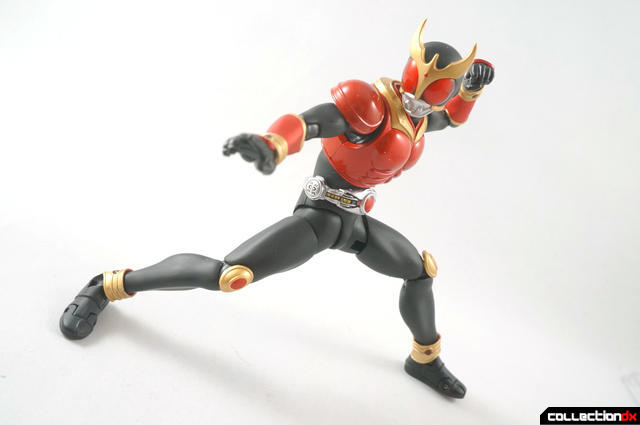 So are the hips. Moving the hips is like rubbing a mound of jello all over your bare chest and then diving into a pool of hot chocolate. 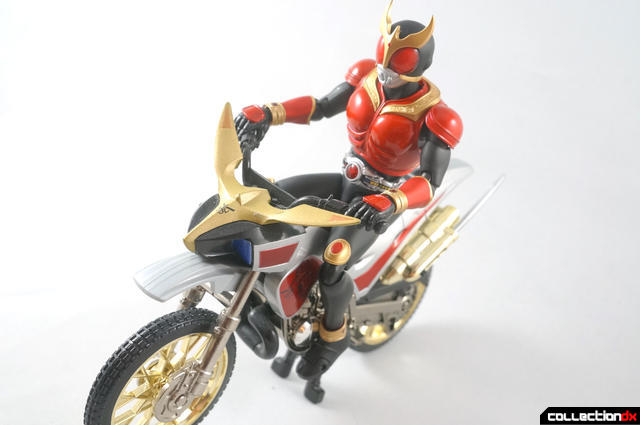 The thighs are really limited though. You can twist them out, but you can't really twist them in so some poses are a bit harder to do. Still, it's one of the only gripes I have with this figure. 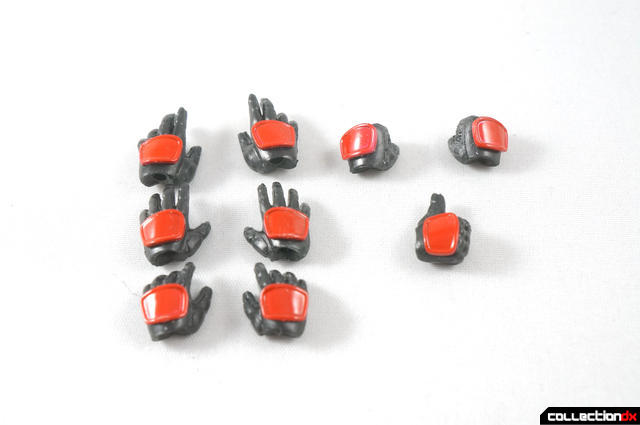 Oh, yeah. He also comes with some hands. He doesn't really need anything else though. He can hold things, punch things, be calm, and even save the lives of gladiators who are fighting for his honor. 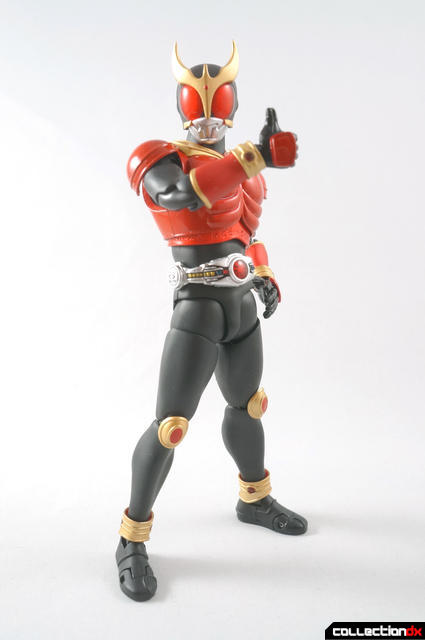 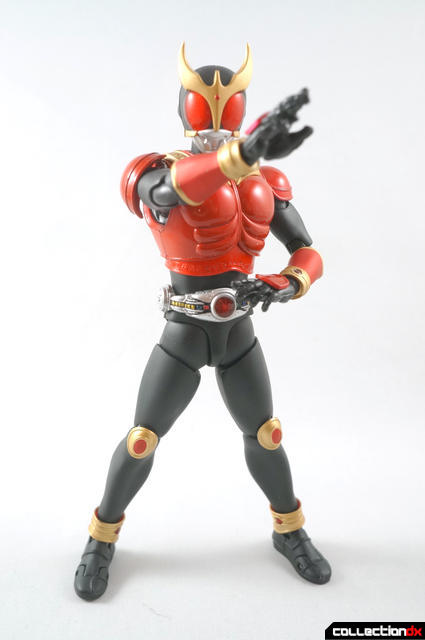 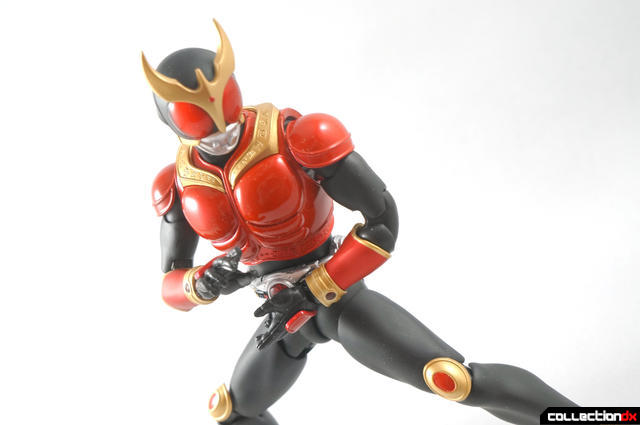 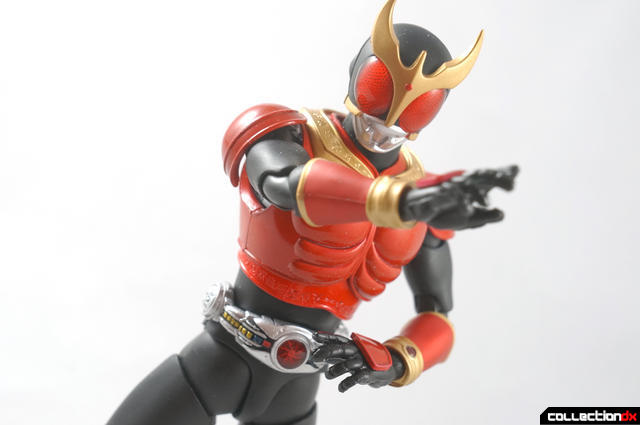 Basically, he comes with everything he needs. 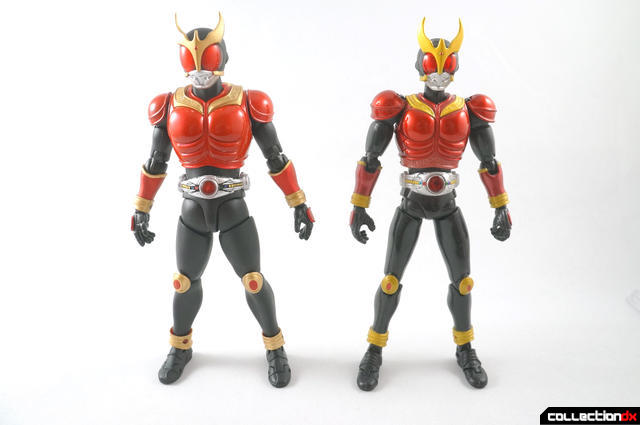 Overall, he's a real improvement over the other Kuuga. I like to think of this new Kuuga as Godai and the old one as Yuuseless. Godai is better than the other in almost every way (except for the thighs). 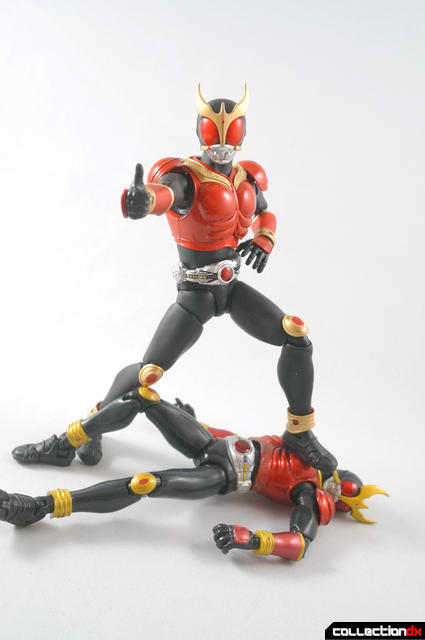 If you can manage to find the new Kuuga for a decent price, then go for it. He's sold out almost everywhere, though. So that's a bummer. But they are going to be restocking him at some point in the future. Of course, this also means that you can find the old one for pennies if you only need the character and don't mind having an inferior toy. 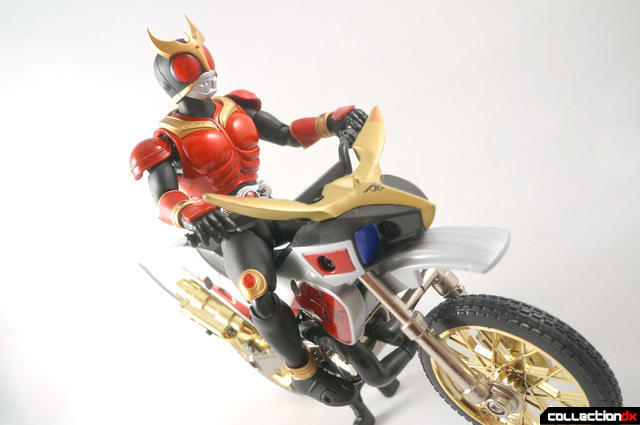 Bottom line: Do yourself a favor and pick this guy up. He's great.

Kabuto is probably my favorite rider but Kuuga has a special place in my heart. I remember getting the whole series on vcd one summer in china when i was in highschool and watched the entire thing with chinese subtitles with no idea what was really going on (this was long before it got subbed in english). I still love how simple his armor is, I love the Gaim figures but there's too much junk that gets in the way of articulation. He's a good benchmarking figure modern SHFs.

Also, I really like how this picture turned out.