COME ON BOY! I really love Metal Hero, so it just made sense that I would review the Champion of Jusice! Juspion is the main hero from Megabeast Investigator Juspion! Of course, while he was fairly popular in Japan, his popularity EXPLODED when he was localized in Brazil as JASPION! Seriously. If you know a brazilian who was alive in the 90's, ask them about Jaspion. 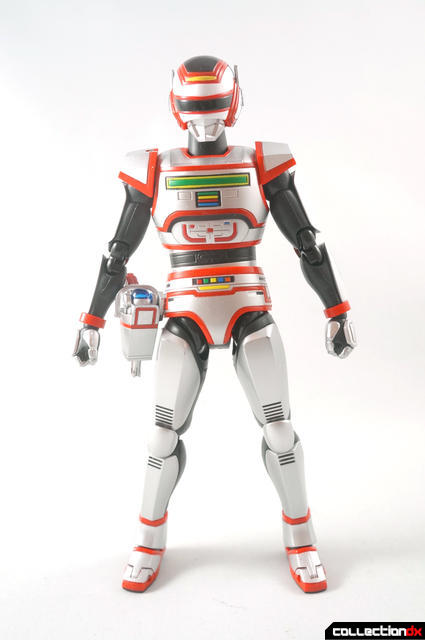 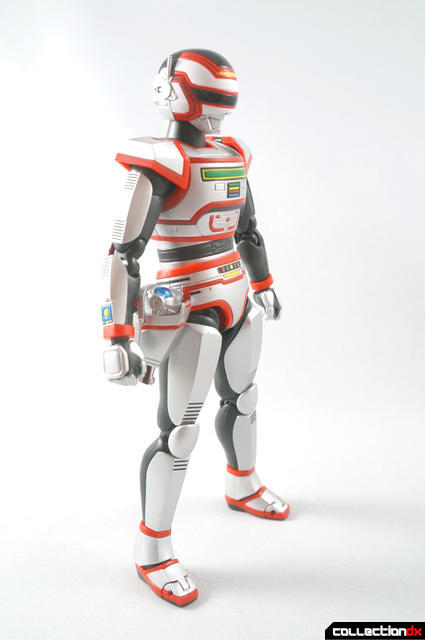 But enough about history and our YouTube channel, let's talk about the TOY. Juspion is rendered beautifully here. The paint and sculpt is very crisp and clean. He isn't shiny like the Space Sheriffs, but his finish is very nice. 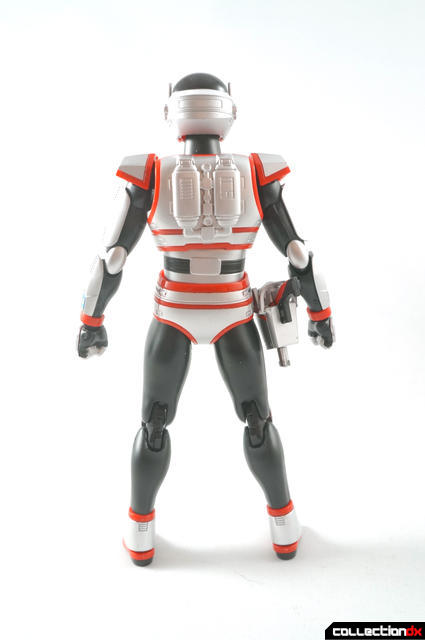 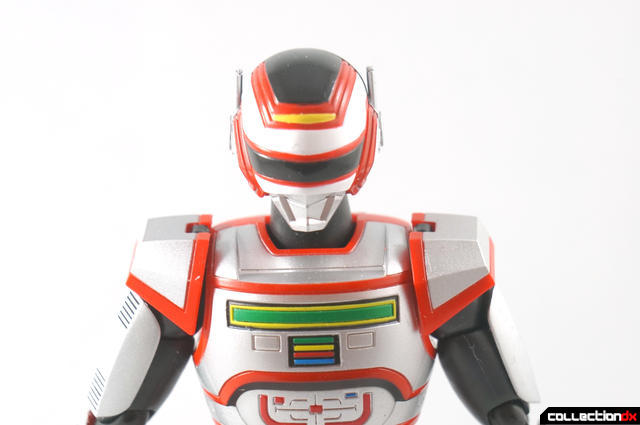 This is a very classic design and they definitely did this champion justice. 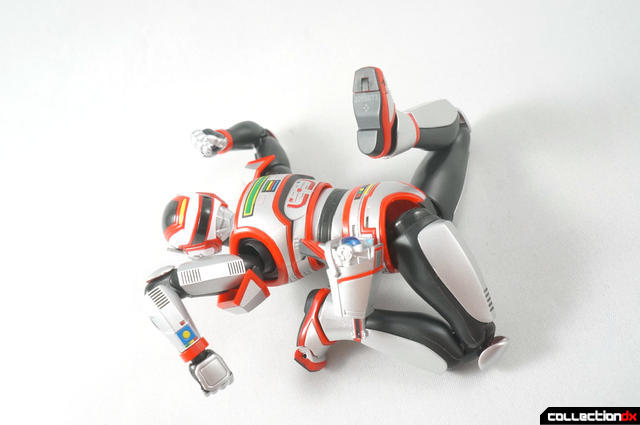 Articulation is decent, but I have some issues. While the shoulders are completely unrestricted thanks to the shoulderpads being on a system of three swivels, the hips are very restricted. In order to get any articulation out of them, you have to pull the hips down and bend them as far as you can. This causes some rubbing on the thighs. 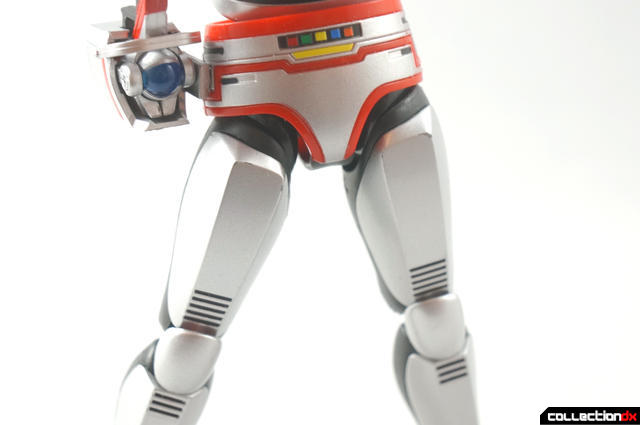 You can see that mine is starting to chip from light posing. This is almost unacceptable for a figure like this. 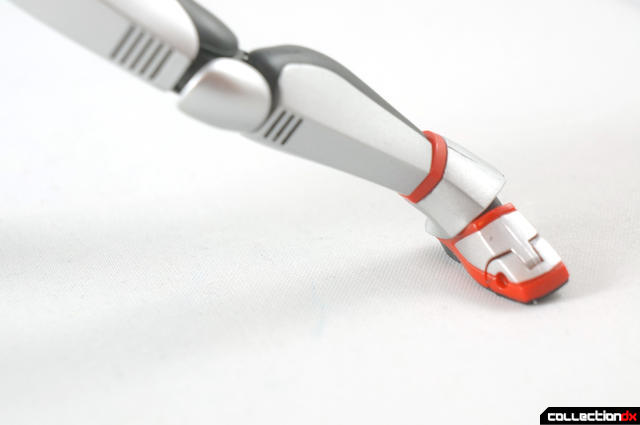 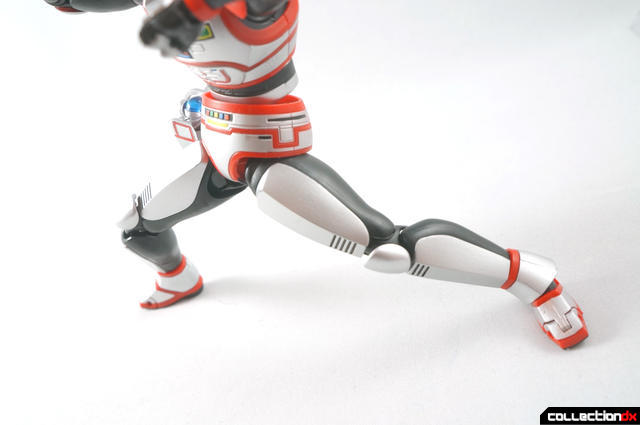 The ankles are also fairly limited, but that's mostly due to Juspion's design. Thankfully, they used soft plastic for the ankle guards so you can still pose him without much hassle from the ankles. 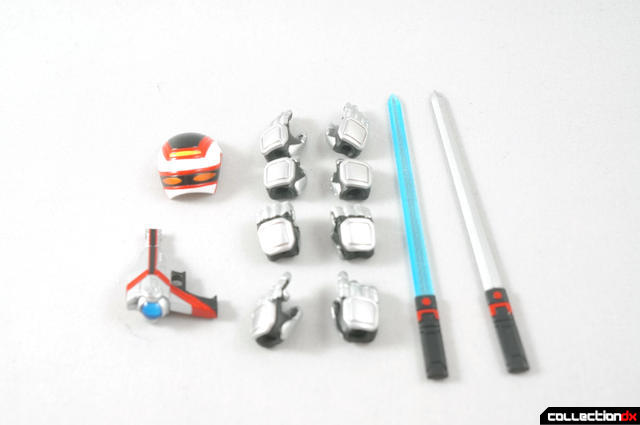 Juspion comes with a bunch of accessories. He has a nice collection of hands (fists, holding-things hands, calm hands, and gun-holding hands), along with his laser blade (both versions), his beam scanner pistol, and an extra face with glowing eyes. 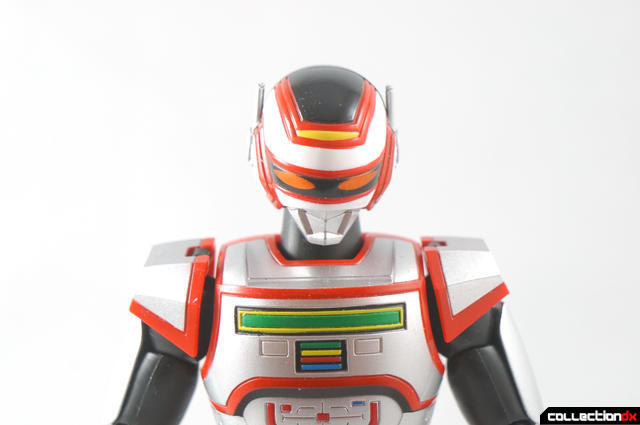 He can hold everything just fine, and he looks great with the extra face. 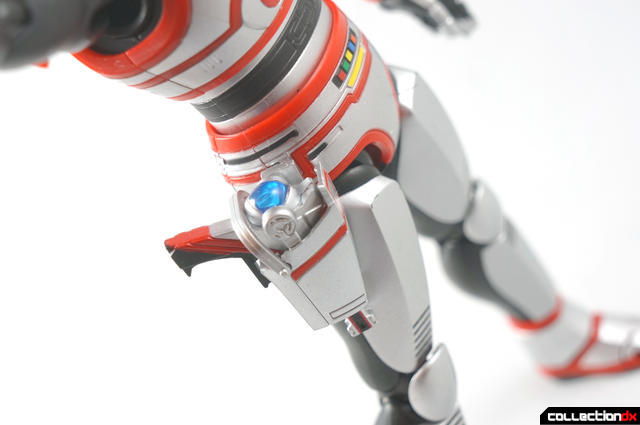 The holster is pretty good. It doesn't really get in the way of anything, and comes with a strap on top that holds the gun in place. 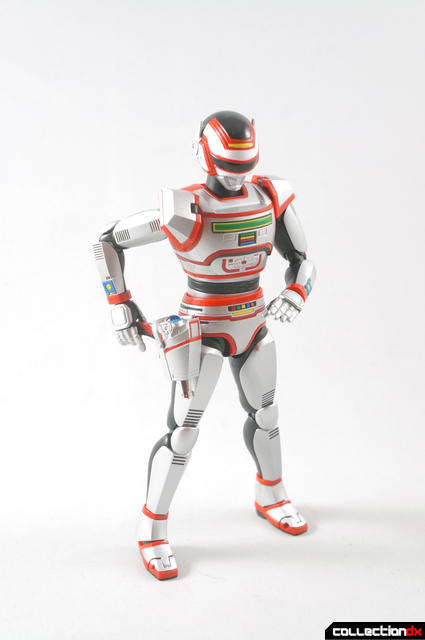 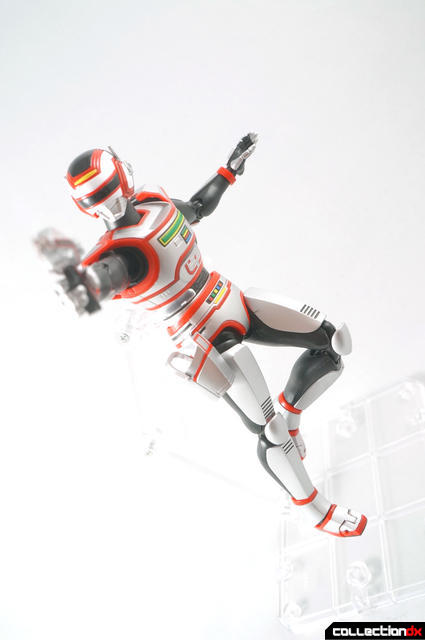 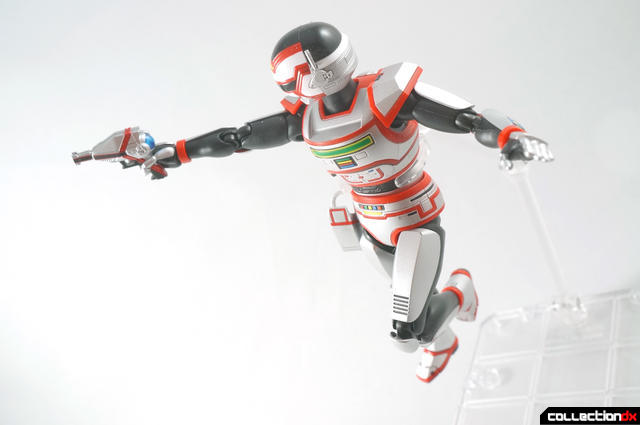 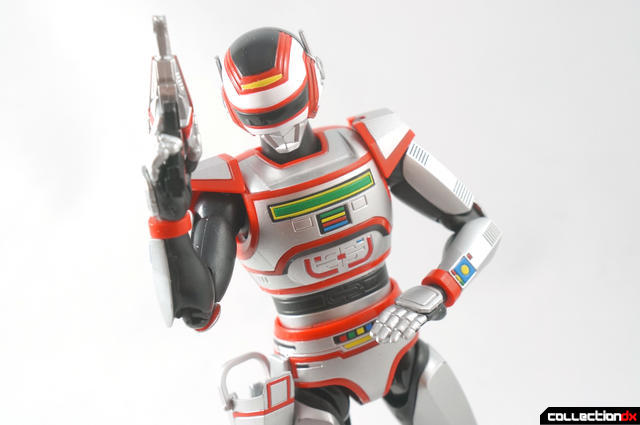 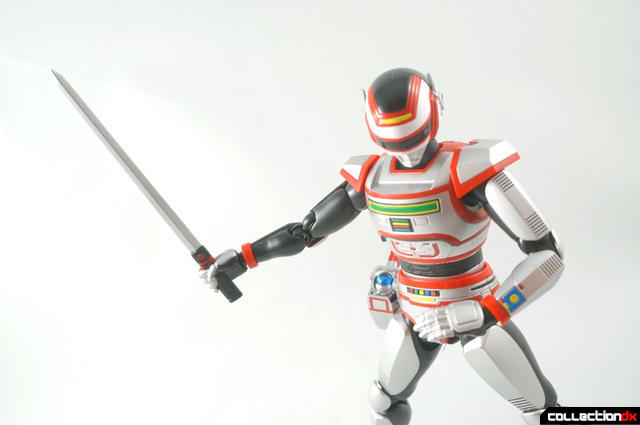 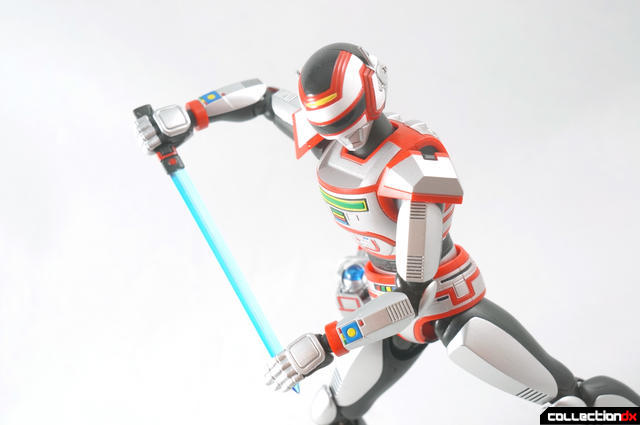 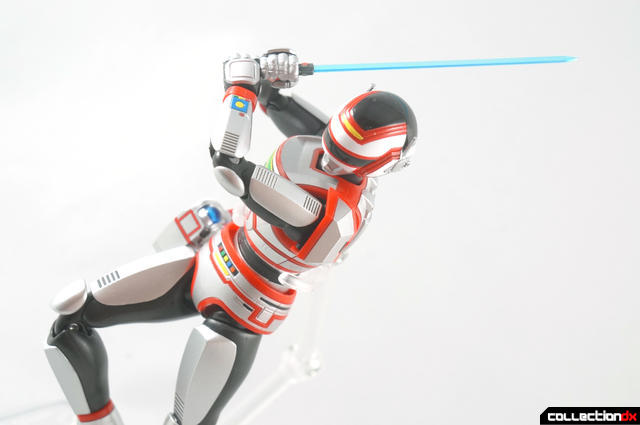 I also love how Juspion can hold his sword with both hands. 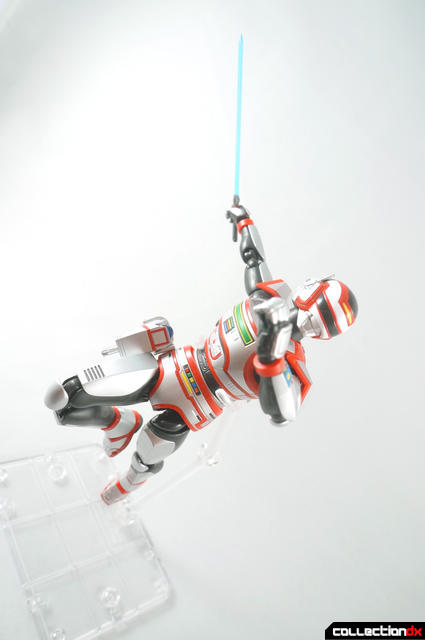 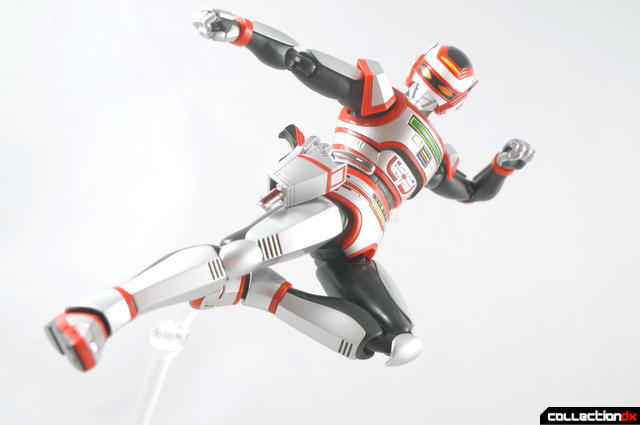 Overall, Juspion is pretty fun, but falls short in some very important aspects. The hips are terrible, and the paint chipping will definitely sully an otherwise brilliant release. Juspion is also a Tamashii Web Exclusive figure, so getting him on the secondary market will be fairly expensive. Basically, if you are already collecting Metal Heroes, then you've probably already made your mind up on this guy. I can really only recommend him for fans of the show, because if you're just looking for a cool superhero to play around with, there are much better options out there. 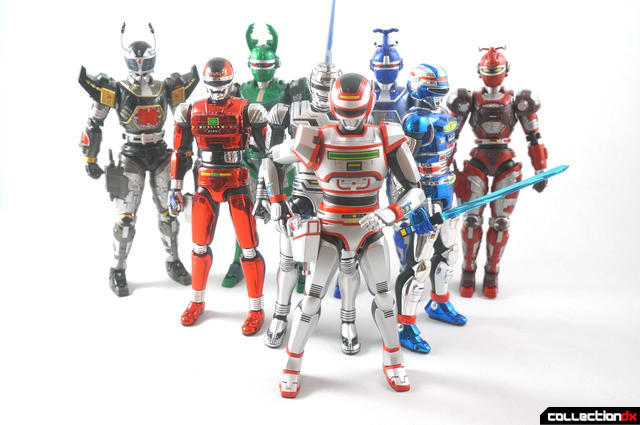 3 comments posted
Juspion...is this the toku

Juspion...is this the toku that was inspired by Robocop?

This was the toku inspired by afros.