Honesty is one of the "elements of courage" from the IamElemental line - a line of action figures that "create toys for play experiences that allow girls (and boys) to envision themselves as strong, powerful and connected beings at the center of a story of their own making."

If we are being honest though, It's an action figure line targeted at girls. I mean, on their 2014 kickstarter campaign, it blatantly states "IAmElemental Action Figures for Girls". This is not a bad thing, in fact, it's a good thing, but lets call a spade a spade.

The IAmElemental action figures come bagged in a countertop display box. Each package is the same, but the specific figure is marked by a check on the box on the back. Inside, you get a lot of stuff. 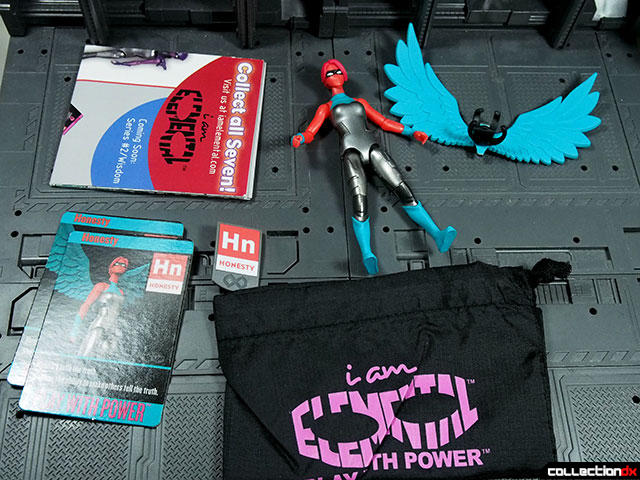 You get a pull-tie bag for storing the figure and all accessories. 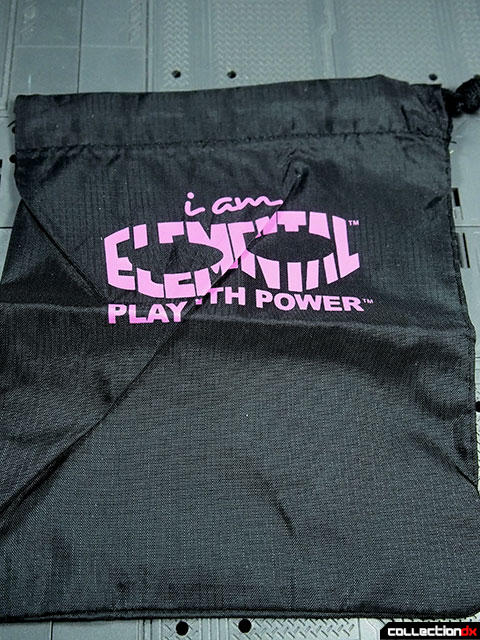 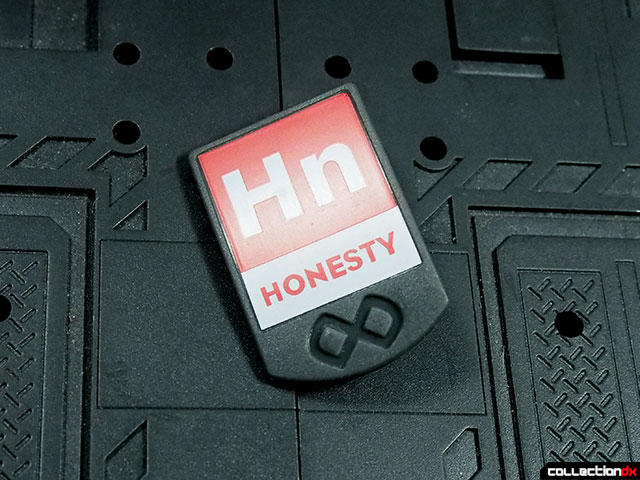 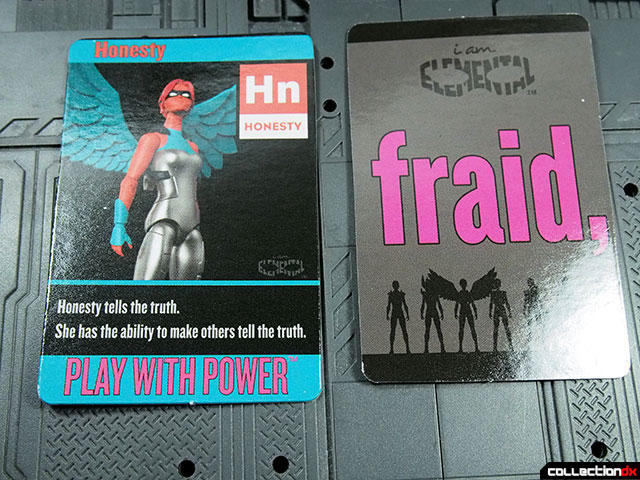 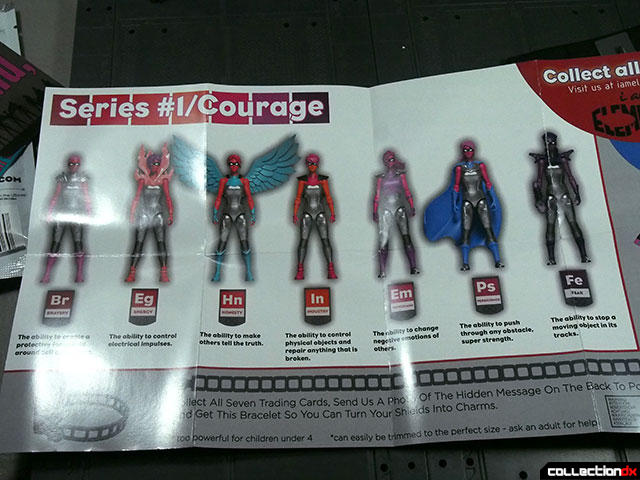 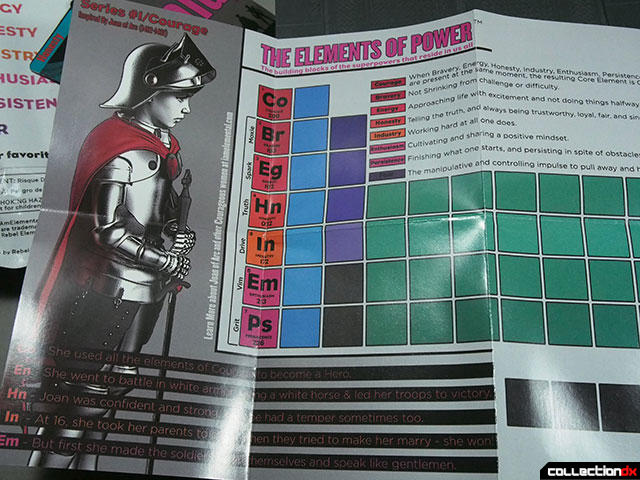 An interesting thing to note is that you can apparently link the shields together with a cool bracelet. 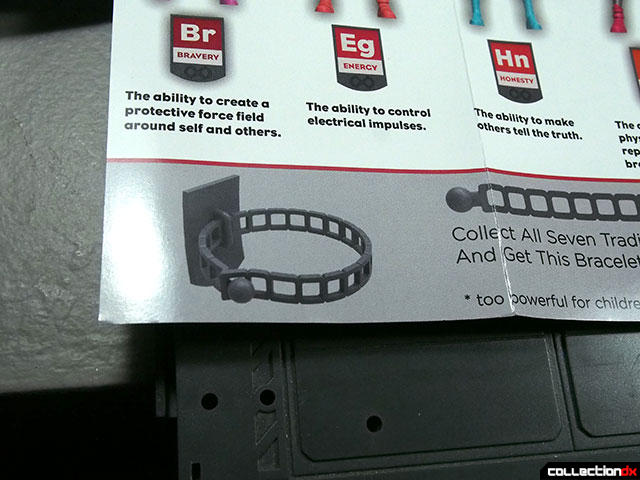 Of course you also get an action figure with an accessory. The figure is maybe 4 inches tall and I have to say it's really nicely made. The plastic is of good quality and the paint is really nice. It appears that all the figures share the same body with differences with color and accessories. 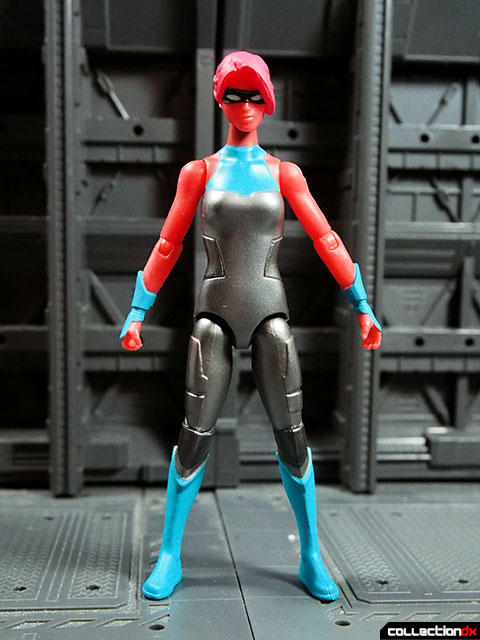 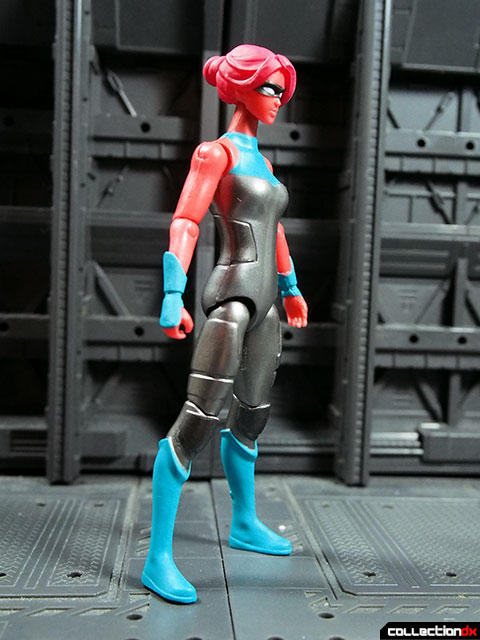 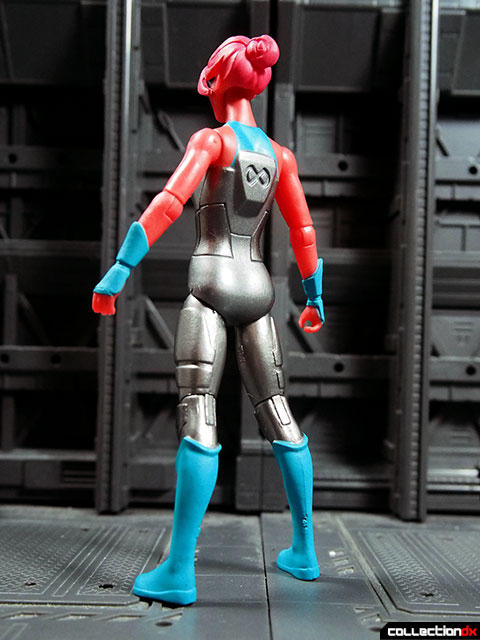 I'm not a huge fan of the articulation. Being bigger than a standard 3 3/4 scale figure, I expected a few more joints, such as waist and ankles. The waist I can live without, but with such thin legs, the figure can have a hard time standing on its own. 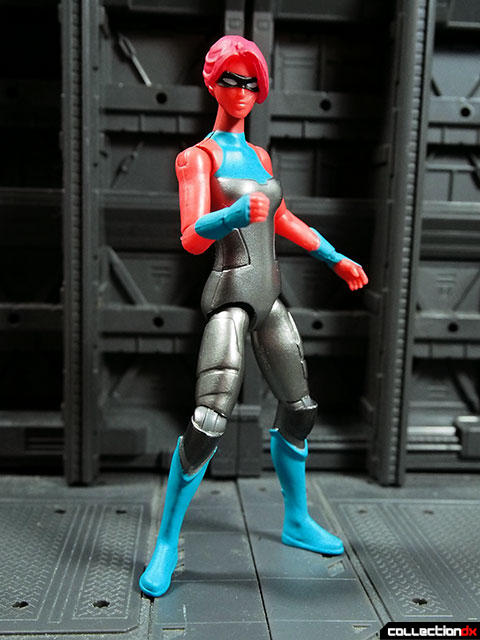 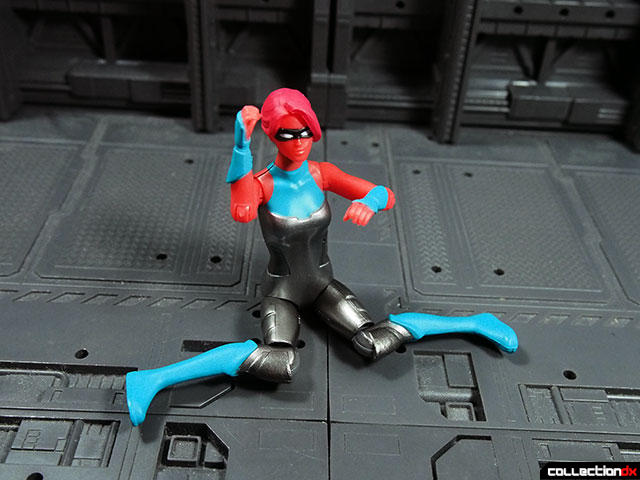 The highlight of the figure is the beautifully sculpted wings. They clip on firmly with a harness. 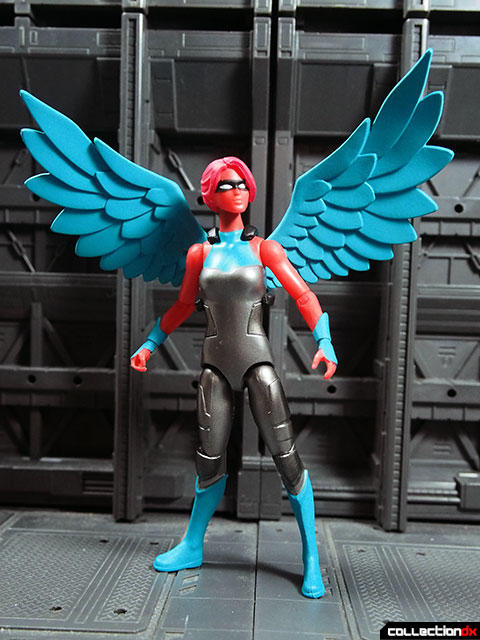 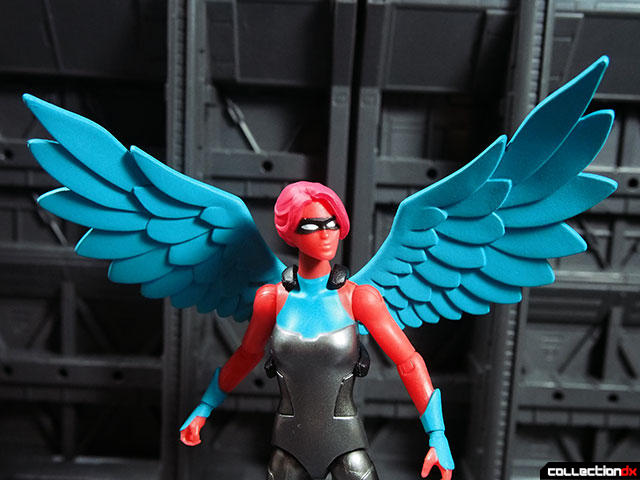 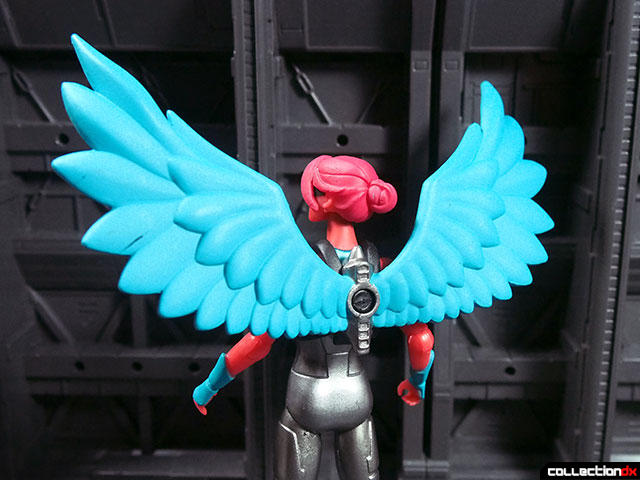 The wings just add a beautiful dimension to the figure. Sadly, there isn't enough variation in each figure to make me want to track down each one so I just bought the one I thought looked best. 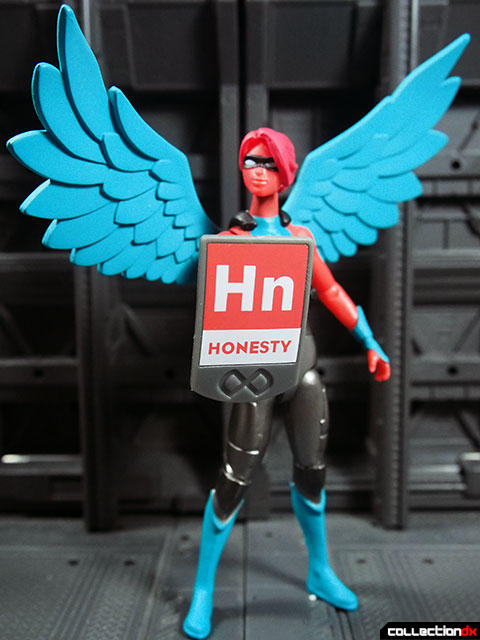 Honestly, I like the concept, and I think if it had a broader audience it would gain a lot of traction. I never really saw these as a blind-bag figure, rather, these would be amazing on a card hanging from a peg on the shelf. I wish them luck, just tell it like it is. These are action figures for girls, but it's OK for boys to like them too.

I had no idea these existed. I really like the aesthetic. Thanks for the review!

Interesting figures. I hope they do well with their unintended audience of middle aged male collectors... Because I fear they are in for some rude awakenings with regard to their intended core audience. Short answer, there is a reason that you don't see much in the way of fully plastic sculpted action figures targeted at girls on store shelves.

I think these are terrific figures. Been giving them out as Xmas gifts to my friends who have little girls. Most recently the 6 inch Courage action figure was released and it's really well done!