Getter Dragon is the 18th entry in the Dynamite Action line from Evolution Toy.

Dragon comes packaged in a sleek box with an image of the toy on the front, along with the Getter ships. 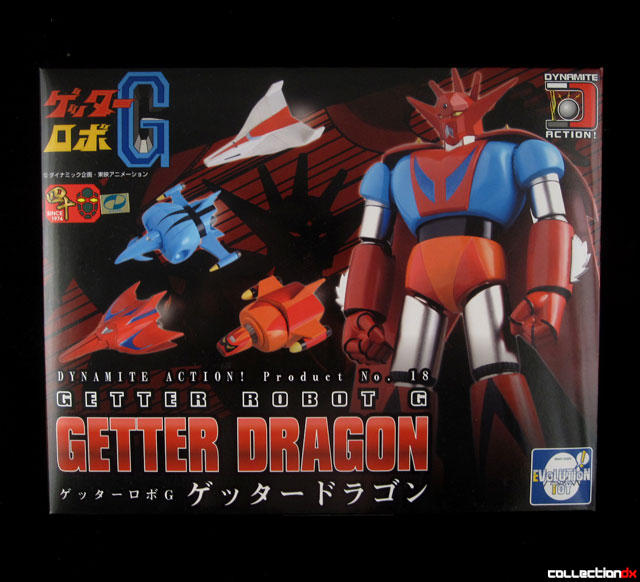 The back of the box highlights some more of the gimmicks and accessories included but I'll touch on those in detail below. 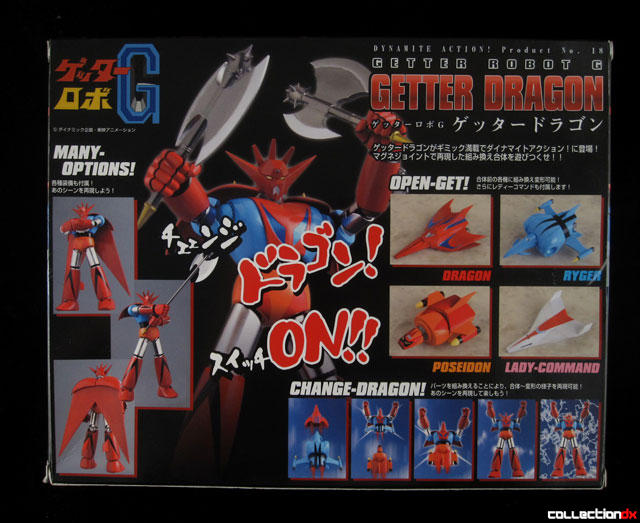 When you open the box, you'll find two plastic trays inside, along with an instruction sheet. One tray features the main body of the robot along with it's wings and weapons. The second holds all the extra fists and parts to create the Getter ships. 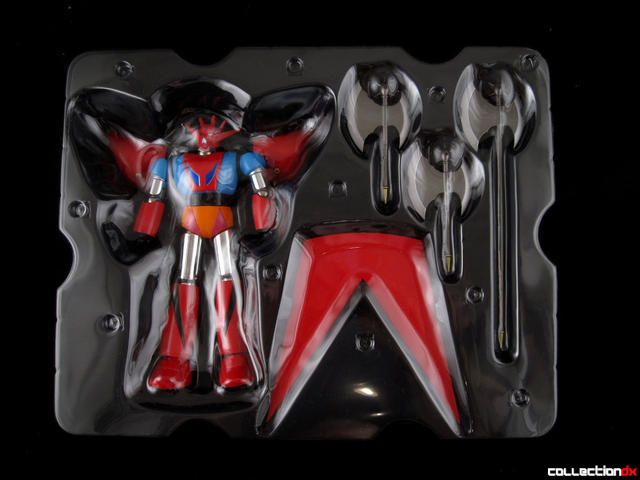 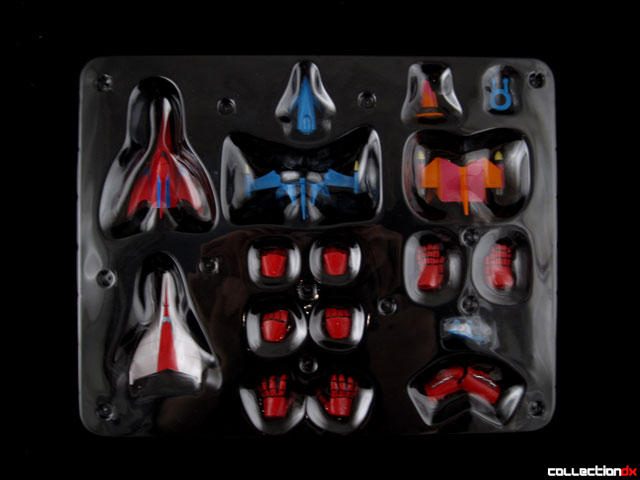 As with all the other entries in the line, the main gimmick is that nearly all of the joints on the toy are held together by strong magnets, which allows for plenty of parts swapping with other toys. The magnets are extremely well hidden and at first glance the toy appears to be just a standard representation of the character. 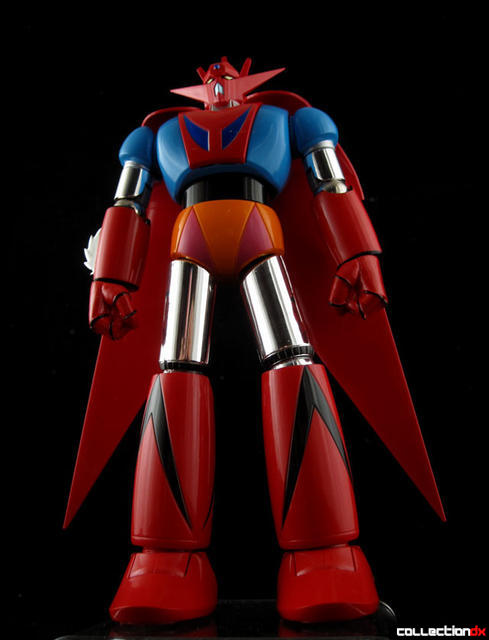 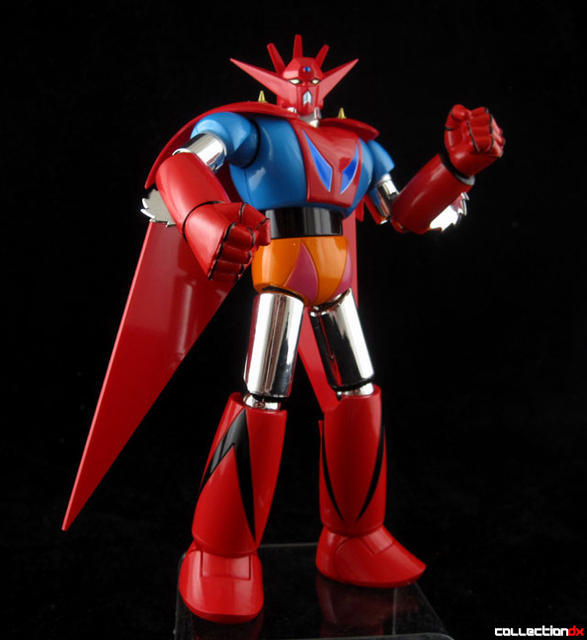 The robot features a great deal of articulation in several forms. Some parts (like the upper arms, waist, feet and wrists) feature simple swivel joints while the shoulders are on very satisfying ratchet joints. Most of the other points of articulation are essentially magnetic ball joints. The elbows actually feature a magnetic ball joint / hinge combination. This allows for a wide range of motion but can look a bit unsightly if posed too sharply. The only time this might actually be necessary though is when using the included crossed arms accessory. 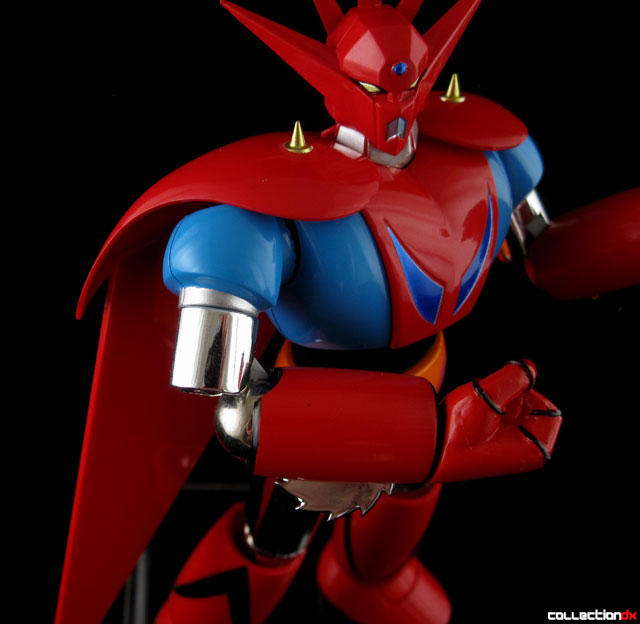 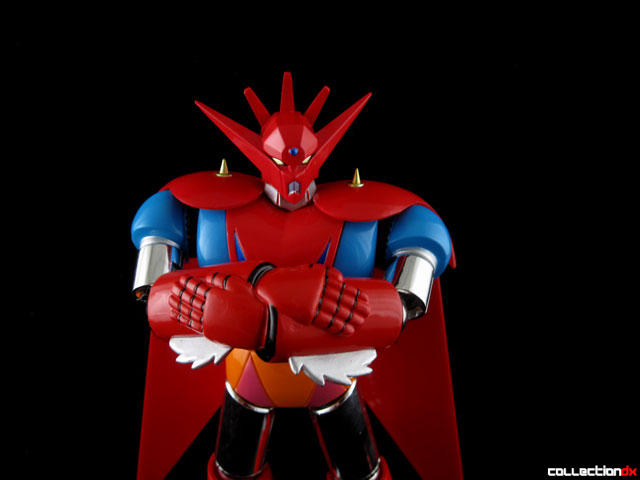 Besides that single piece, 8 pairs of fists are included with this set. You get closed fists, open fists to hold the weapons, open palms and pointed fingers, which I think is intended for a flying pose. I should point out here that the magnets are actually very strong and you can hold the robot perfectly horizontally and none of the limbs will drop down. This was not the case with my Dynamite Action God Mars toy, although I do think in that case it had less to do with the magnets and more to do with the hinge joint on the hip.

The included weapons include 2 shorter Double Tomahawk hatchets ("Double hatchet boomerang!") and one longer one. 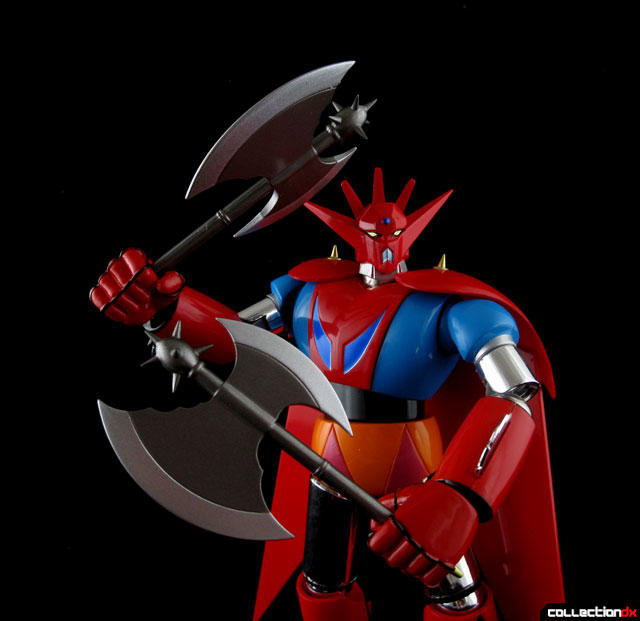 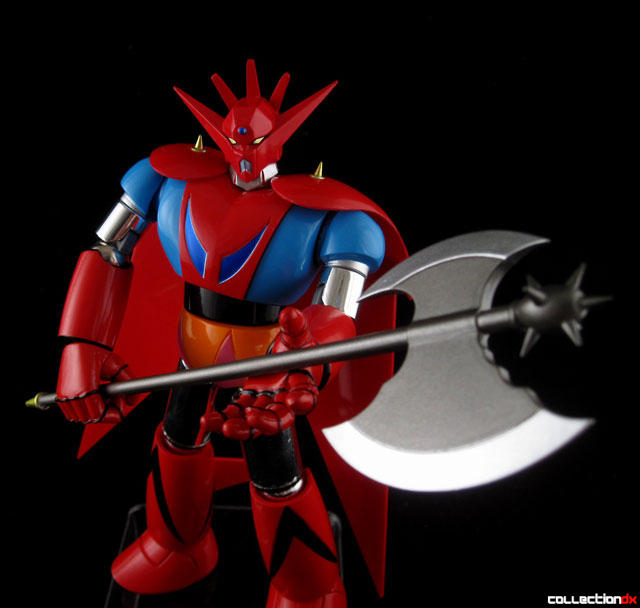 Miniature wings can fold out of the back of the legs. 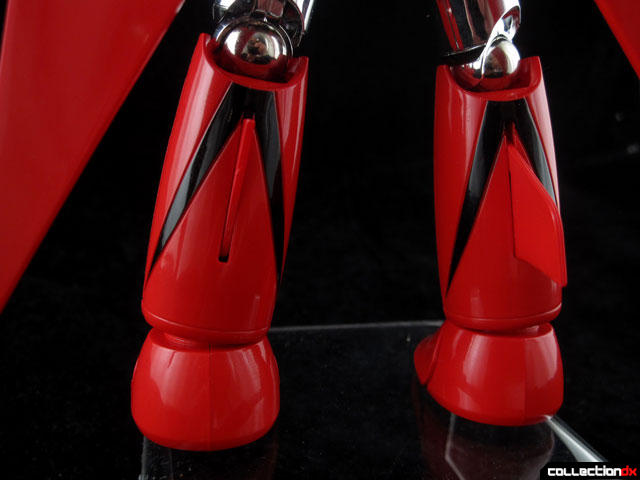 The back of the toy has 2 holes in the middle into which you place the main wing, while the two white tabs connect to the shoulder pieces. The remaining holes are simply screw holes and little colored pegs are included if you'd like to fill them in. 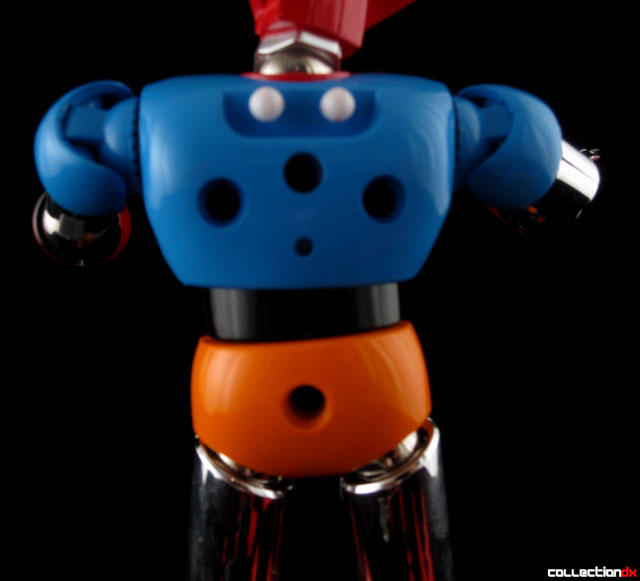 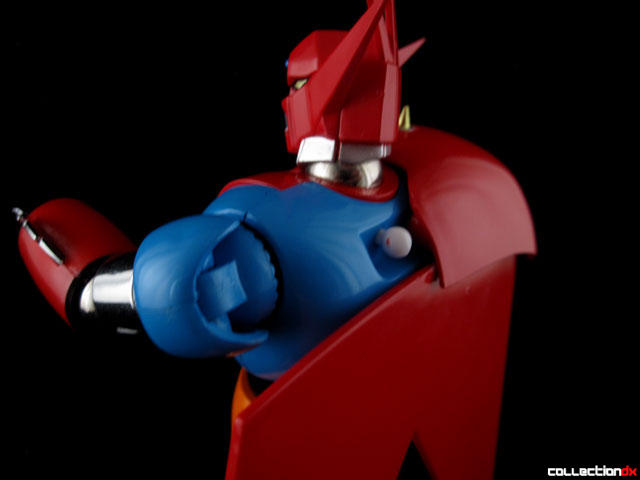 Although it won't be visible when the toy is all put together, some of these parts are subject to paint rubs as they go on and off. 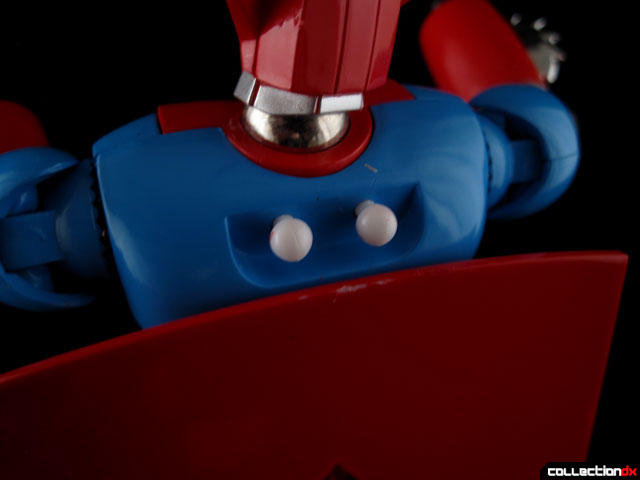 The "Open Get" feature is for when Getter Dragon disassembles to form the three Getter ships. 2 of the 3 ships need parts of Dragon's body to form and while this adds an element of authenticity, it is a little disappointing on a couple of levels. Firstly, and most obviously, if parts of the ships are contained within the robot, that means you must choose which form to display and you that one. You cannot display the robot with all three ships next to it the way it's shown on the box front.Secondly, and most importantly to me, the look of the ships, specifically the Getter Liger ship, is not accurate. In fact, it's way off. 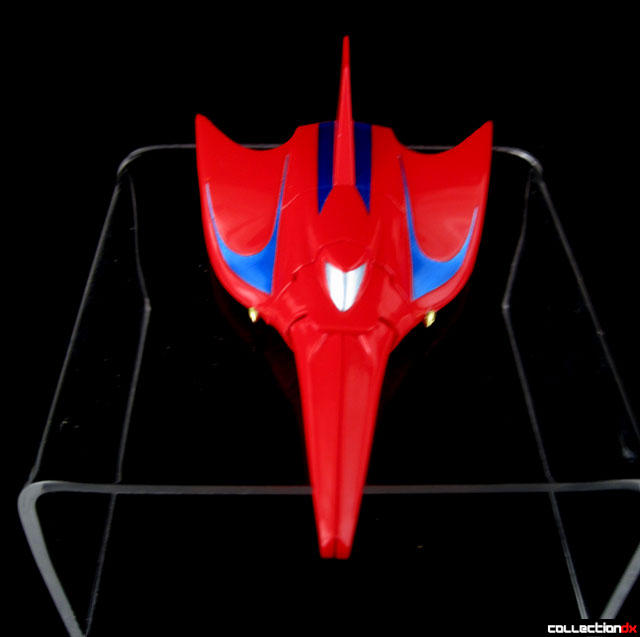 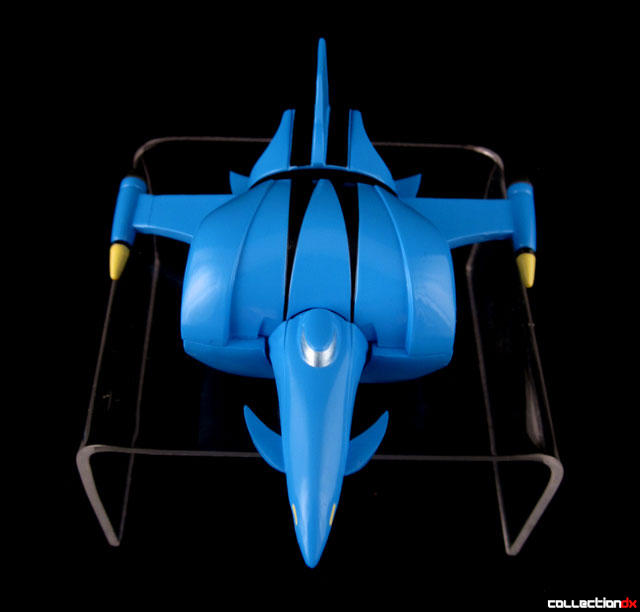 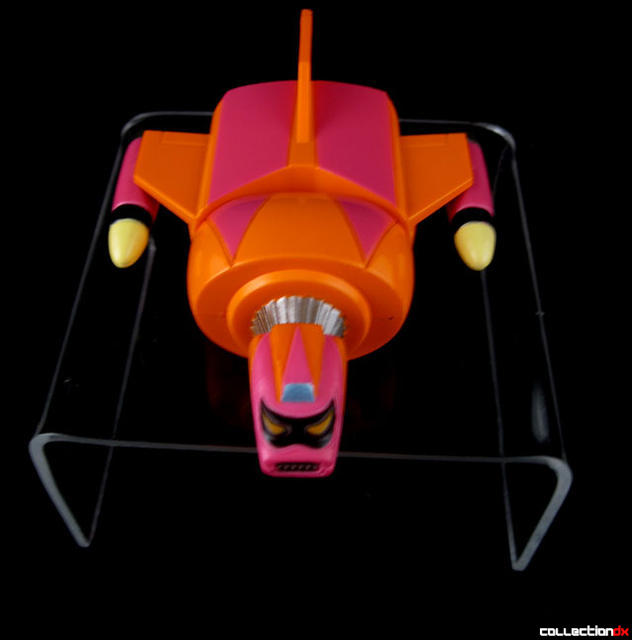 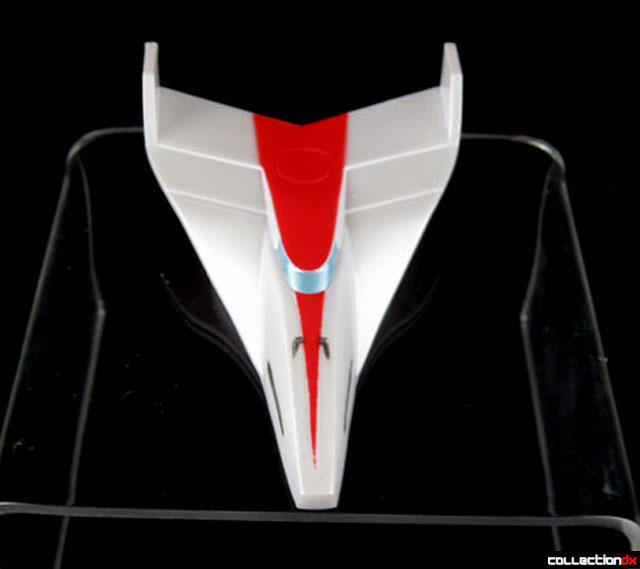 As you can see in the picture above, most of the ships look fine but the Getter Liger ship is much too fat in comparison to the anime. Considering that the Dragon ship and the Lady-Command do not use anything from the robot, I think they would have been better served to simply include separate pieces for each ship. Now obviously Getter Dragon is only one of the three robots in the set and perhaps the others will be released at a later date that will include more accurate parts and ultimately it will be possible to have all three robots and all 4 ships on display. But that remains to be seen.

Although it does not use any of the parts of the robot, the Getter Dragon ship comes in 3 parts.The nose cone of the ship and the engine meet in the middle and connect via magnet. 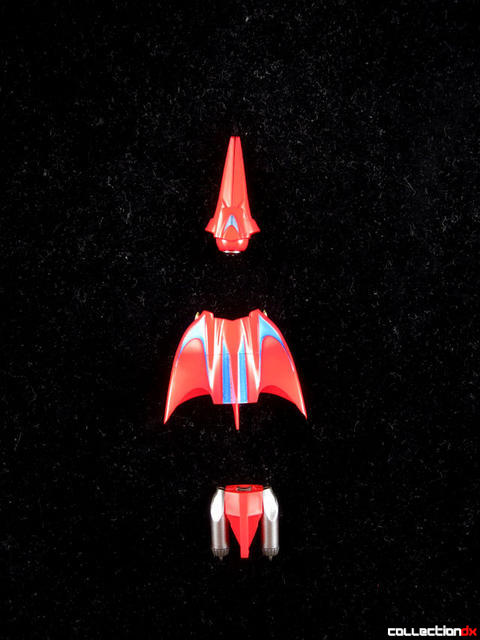 Furthermore, the instructions show that you can use one of these parts to basically form what seems to be a sort of bust of the robot with just the head, chest plate and shoulder pads visible. But not only did the wings seem too tight to pop onto the part, the whole thing is stupid anyway so I didn't take a picture. Nobody is going to do this. Ever.

You can see on the back of the box that you can use the parts to replicate the combination sequence that happens with Dragon forms! 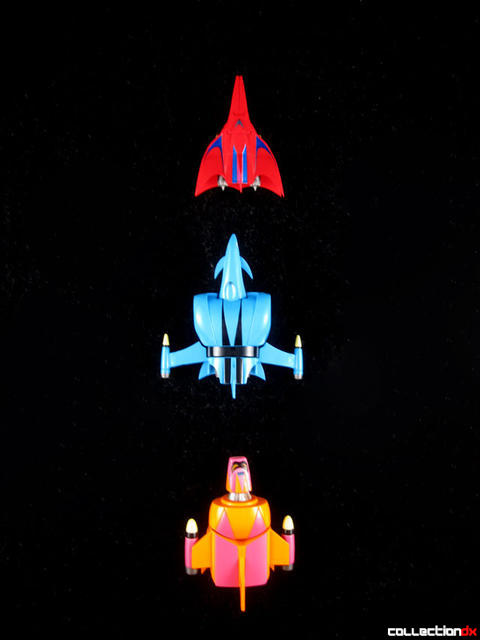 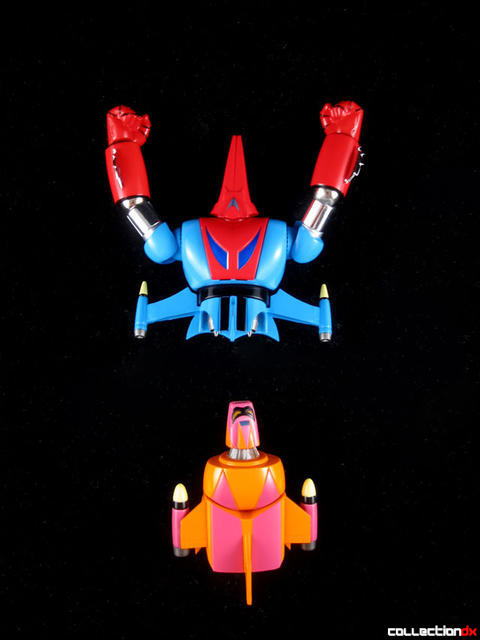 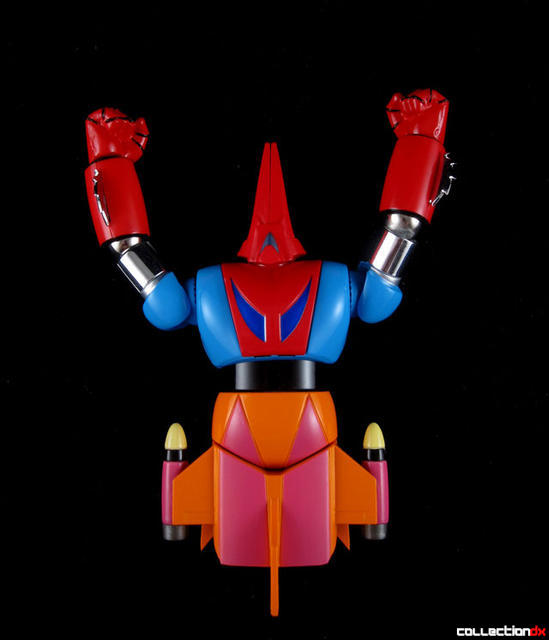 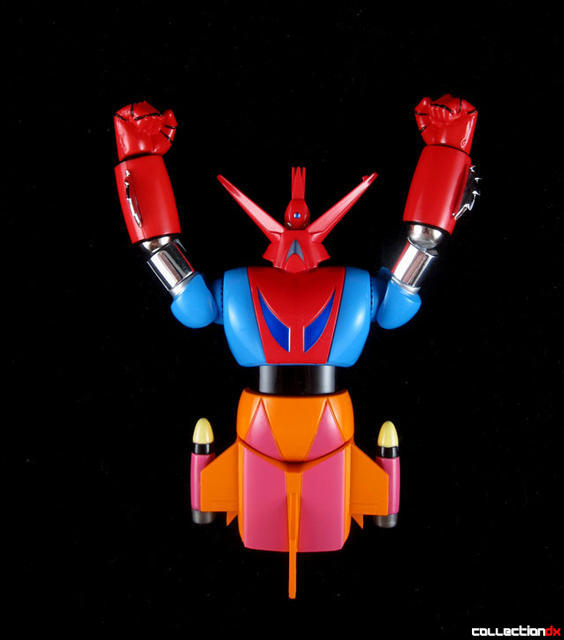 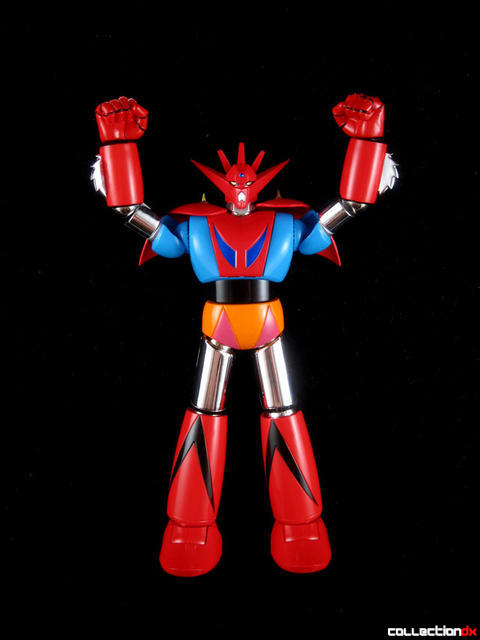 Finally, the best part of these toys is the potential for crazy combinations with others in the line, To date, Godmars is the only other one I have but I think I was still able to get a couple of weird looking mash-ups! 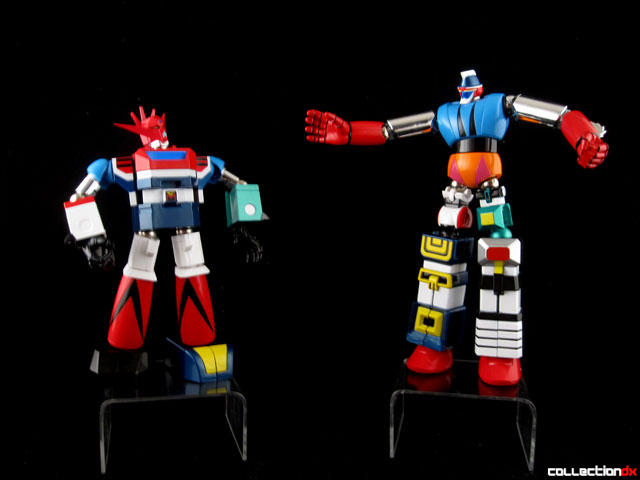 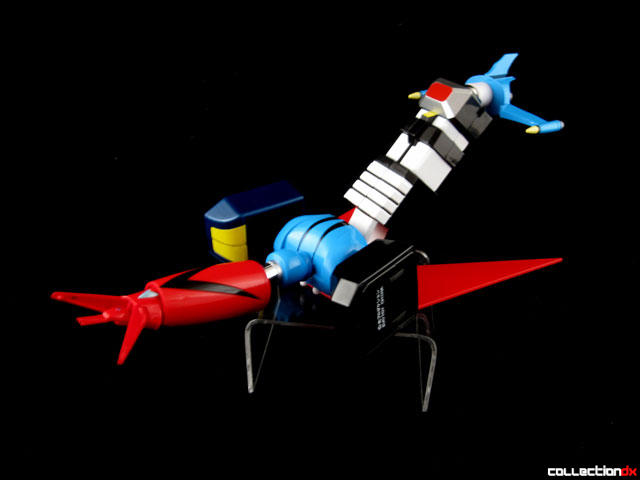 Despite a minor disappointment regarding the Getter Liger ship, I'm really happy with the toy. It is an excellent representation of the character that will stand on it's own as a great display piece, while also being a lot of fun to mess around with when you take advantage of the magnetic gimmicks.