Check out the review of Gatchaman G1 here!

Joe Asukarua, also known as Joe the Condor, is the second-in-command of the Science Ninja Team Gatchaman. The second Gatchaman released in Sen-Ti-Nel's Tatsunoko FightinGear line, he is little more than a straight up repaint with different accessories. 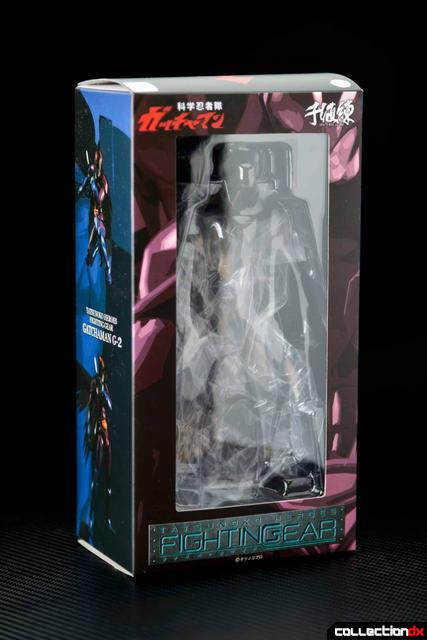 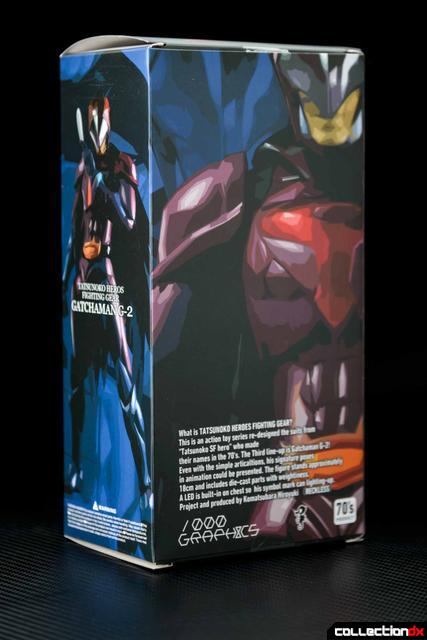 Not much to say about the standard FightinGear box, it is still the same compact window box featuring images of Gatchaman G2 on the sides. 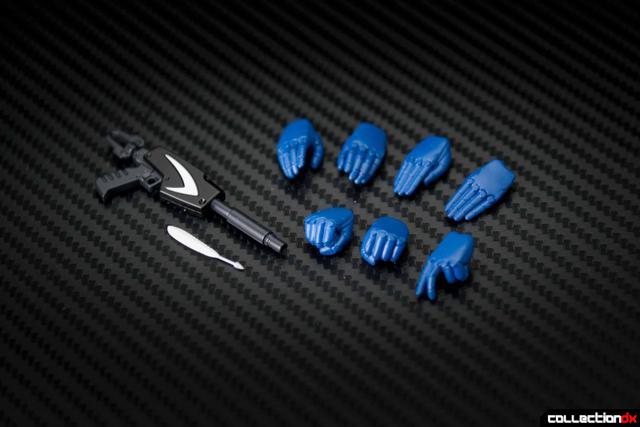 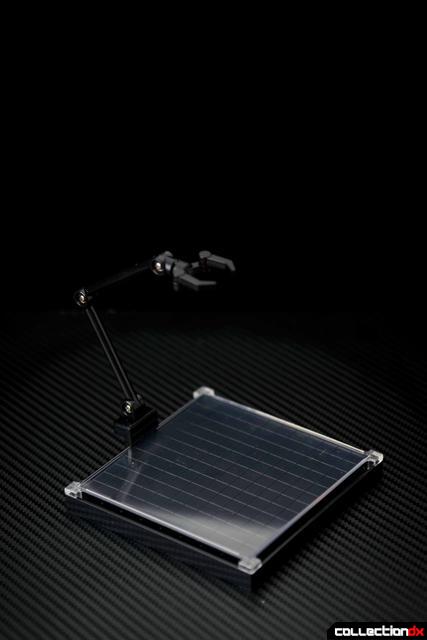 Joe comes with three and a half pairs of hands, and two new accessories: The Feather shuriken and the Pistol Fire gun. I’ll get straight to the point about the gun, it could have been a great accessory but Sen-Ti-Nel apparently thinks it’s just for decoration and did not include a proper trigger finger hand to hold it. All the reviews and production images show it always attached to the belt and never being held by the actual figure. Joe can sort of hold if flimsily in one of the hands but it doesn’t look very good. I don’t remember Gatchaman enough to really remember how the gun was used, but not including a trigger hand for it seems like one of the stupidest decisions I’ve seen in a toy. This is Mattel level stupidity. The Pistol Fire also attaches to the belt via a ball peg that is incredibly tight. I kept it off for the majority of the images because I was worried about snapping the peg trying to remove it. The Feather Shuriken can be held with the special left hand but it’s not very secure and can be a real pain to sit properly. Finally the standard Sen-Ti-Nel stand is included which looks great, but pretty mediocre as far as stand functionality goes. 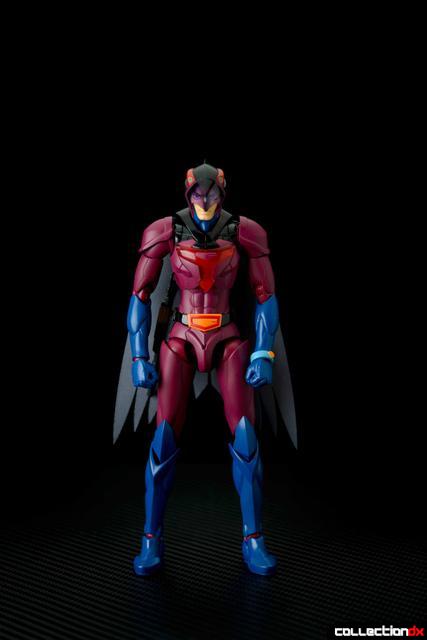 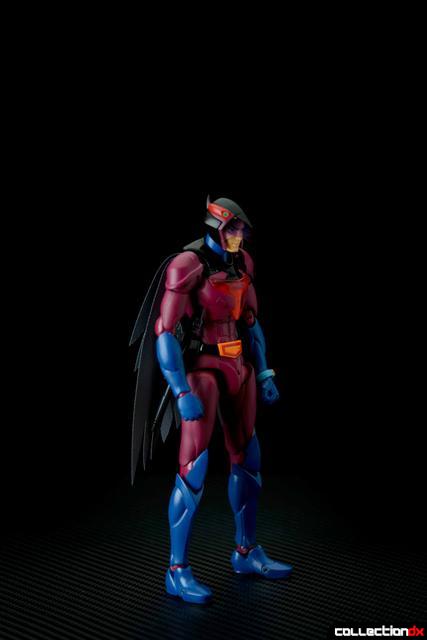 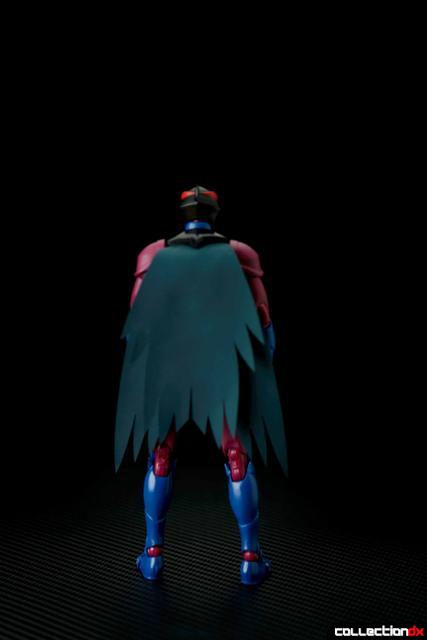 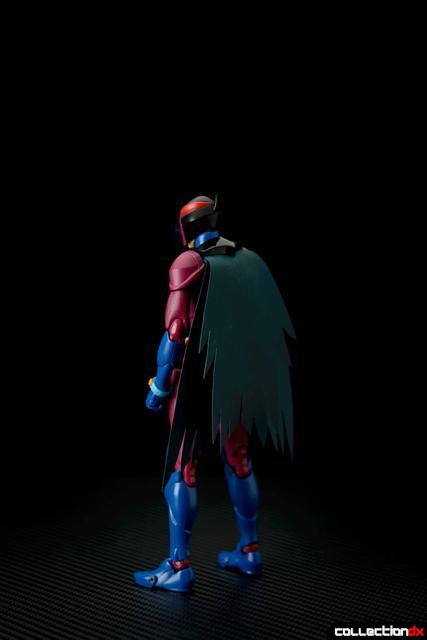 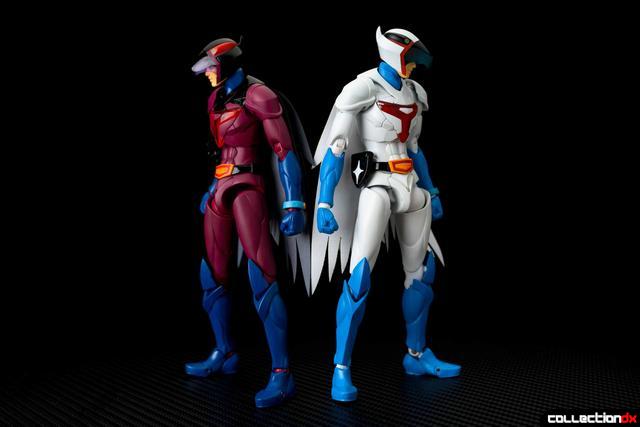 The body is identical the Gatchaman G1, with a burgundy colored suit instead of a white one. It’s still a cool looking modern combat suit design, but I still don’t like the nylon cape that I’m constantly worried about tearing and can’t really be posed dramatically unless you want to grab a blow dryer or something to make it flow. 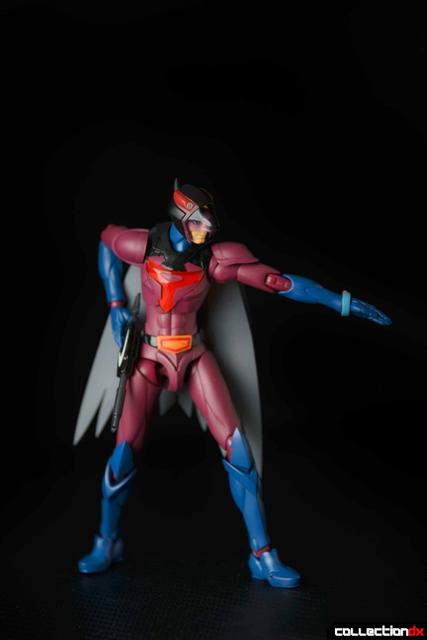 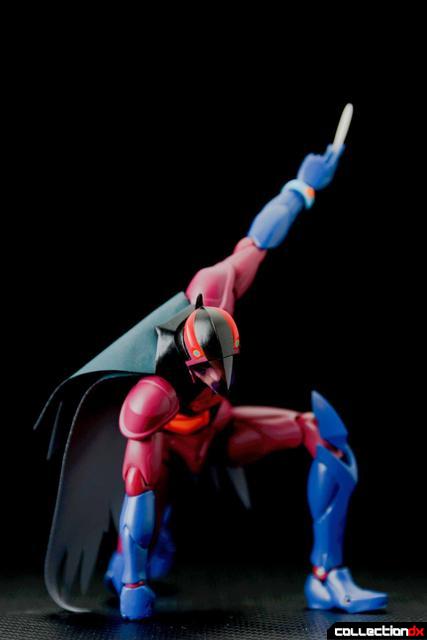 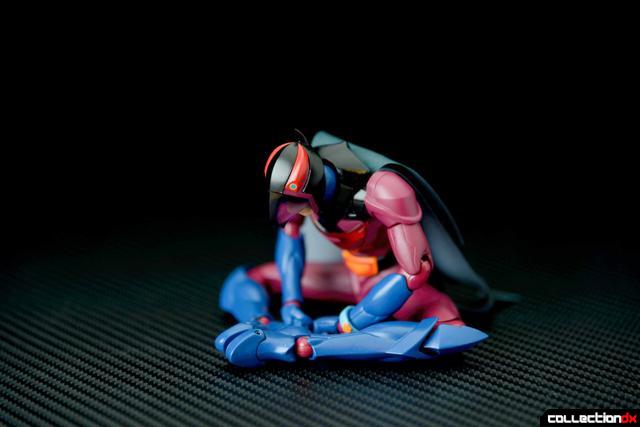 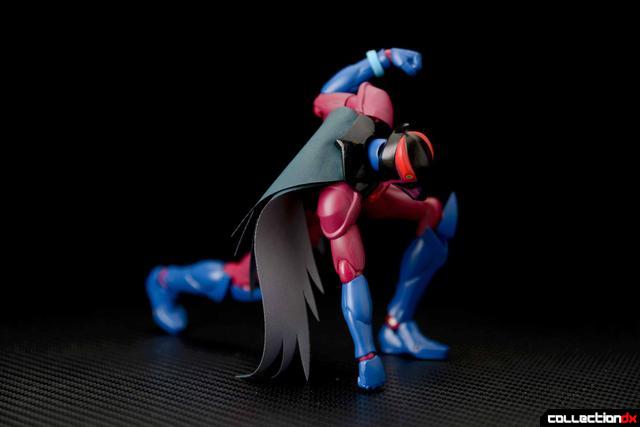 The light up chest is a still a neat gimmick and articulation is actually pretty good, but the crotch joint still has the giant gap that looks really weird and is no fun to adjust. While diecast parts are nice, it really is a detriment to the figure, making it really off balance. The ball and socket ankle joints are angled which makes them look very unnatural in more extreme poses and should have been a hinged ankle joint instead. 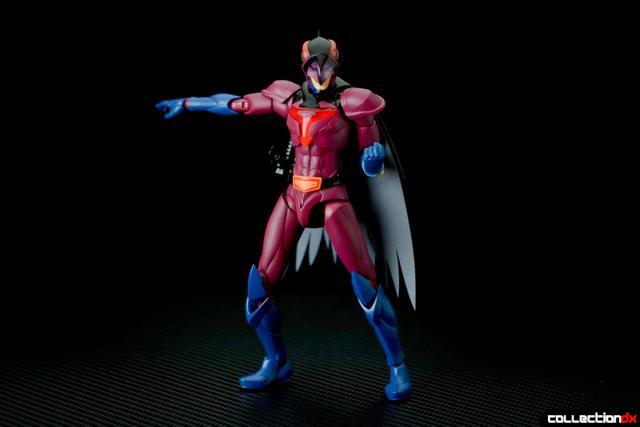 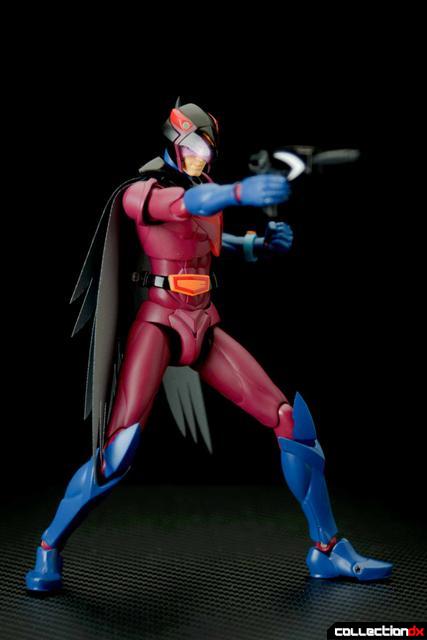 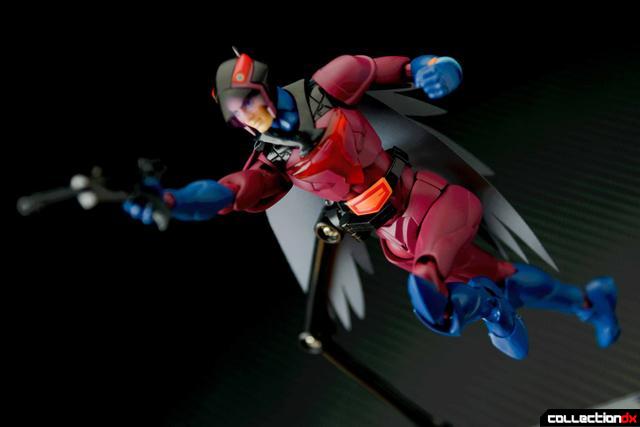 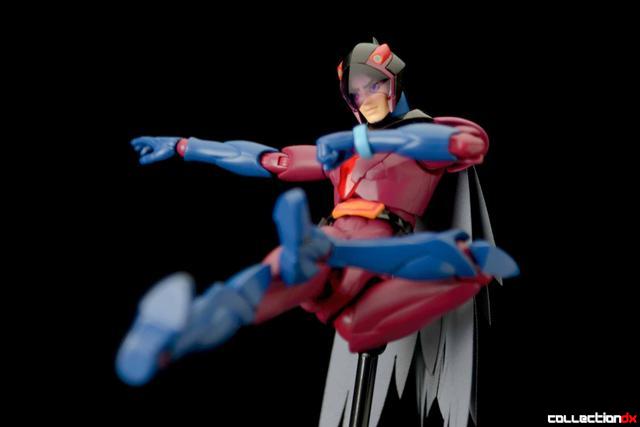 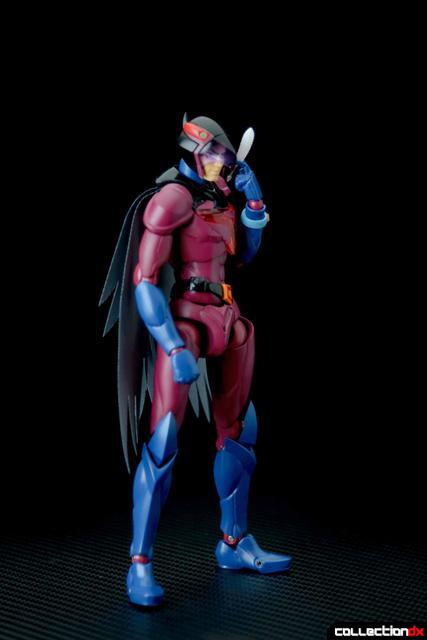 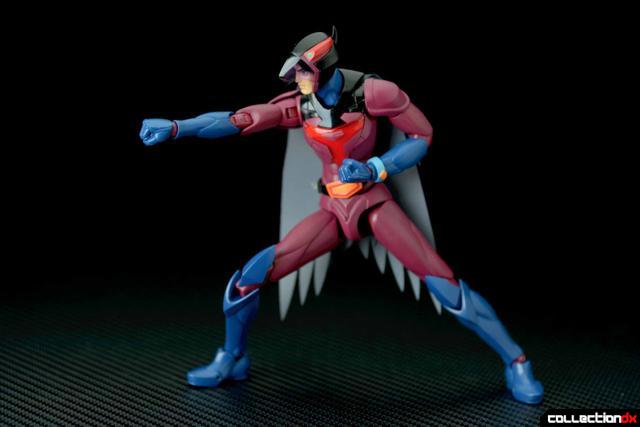 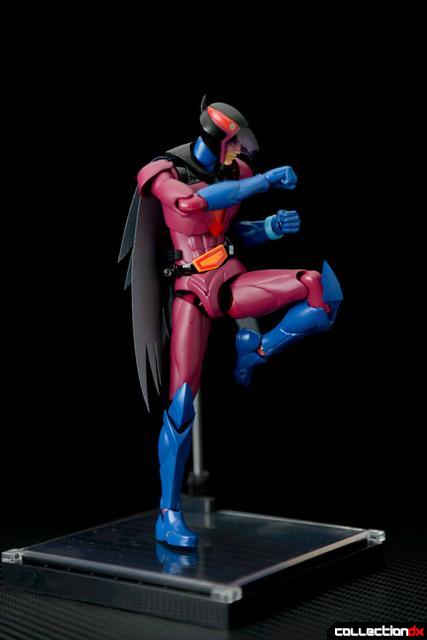 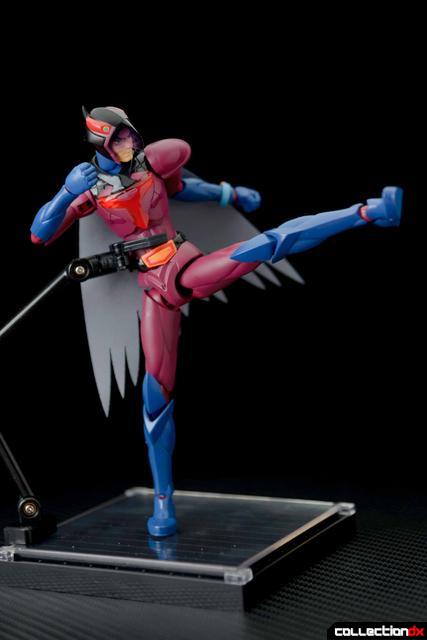 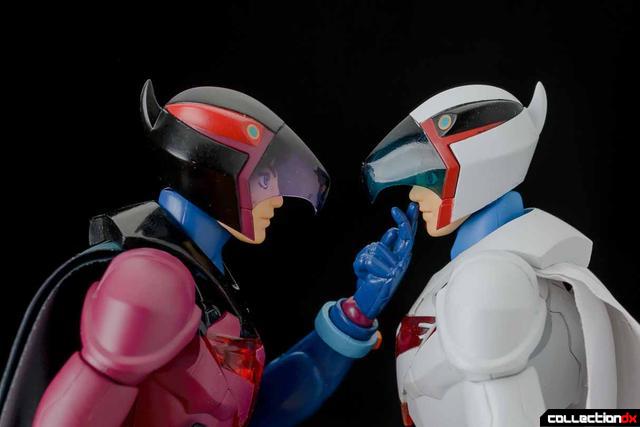 The Gatchaman G2 is slightly improved from the G1, mainly due to tighter joints but my opinion has not changed. It’s still a fairly mediocre figure, hindered by some really bad design choices. The fact that it has a gun without a trigger hand says a lot about how much thought it seemed Sen-Ti-Nel put into the design. Given the price, I don’t think anyone should ever pay full price for the figure, and only hardcore Gatchaman fans should consider picking it up on sale. While the figure looks good, it was pretty unenjoyable trying to pose and photograph it in anything other than a neutral pose. Sen-Ti-Nel products generally seem to fall in two categories: exceptional or mediocre. Sadly, it seems the entire FightinGear line falls in the latter category.

3 comments posted
It sucks to hear this line

It sucks to hear this line still isn't getting any better; what's worse is that they have Tekkaman and Muteking--of all characters--planned, and I sure as heck would love either (especially Muteking). But if they're still gonna be this bad, I'll just wait for the AIM line to come out and see how they fare...

Most of the sentinel products actually made by them seem to be pretty disappointing (excluding re:edit and some other lines) but the stuff they distribute for other companies also seem to be really amazing. A gun that cant be held is just plain stupid.

with all the odd and just bad design choices made with this line so far, Muteking seems a perfect fit in the lineup