In recent years, the quality of Gashapon figures has improved immensely, with the popularity of lines such as Cup no Fuchiko, many companies really stepped up their miniature toy game. Bandai has joined the functional accessory figure market with their Ganbare! SD Gundam line of classic SD Gundam desktop figures; five figures were released in the first series. HLJ also sold these in cases of eight, which are actually just a plain white box randomly filled with Gashapon capsules. I bought two boxes, which each included a complete set along while the extras were different. 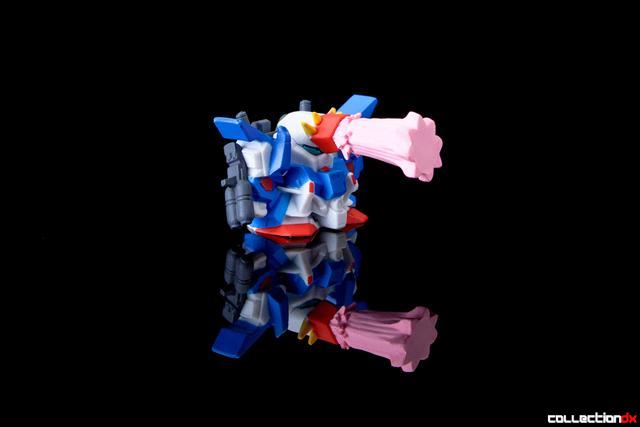 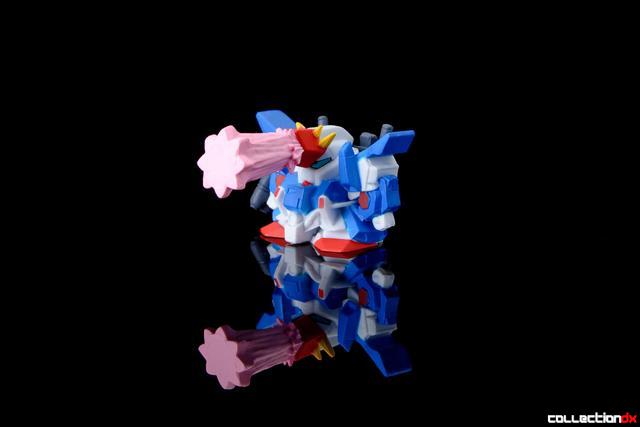 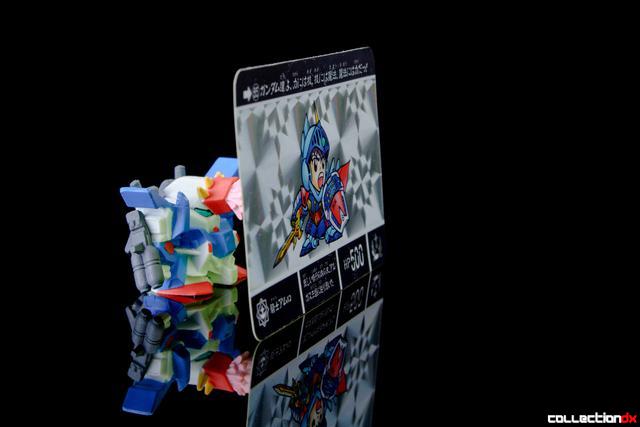 ZZ Gundam is the largest of the bunch, with a giant high mega beam cannon firing from his head. The beam effect acts as a ‘business card’ stand, but let’s just use a much more superior SD Gundam Carddass instead. 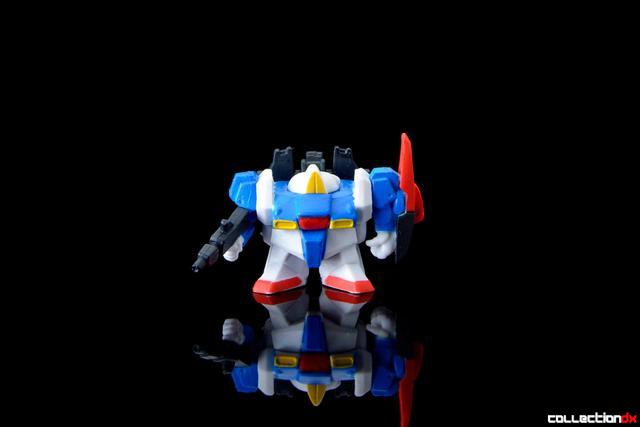 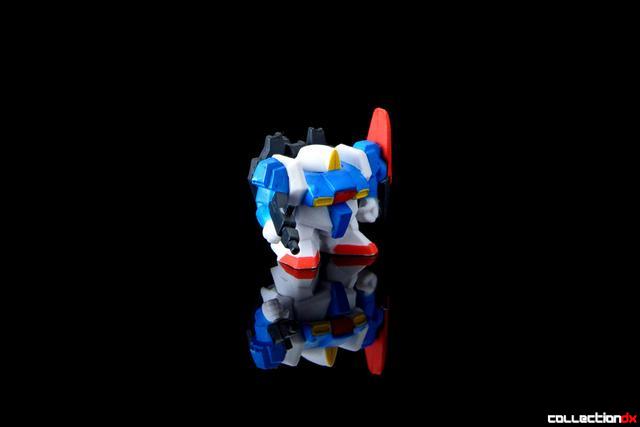 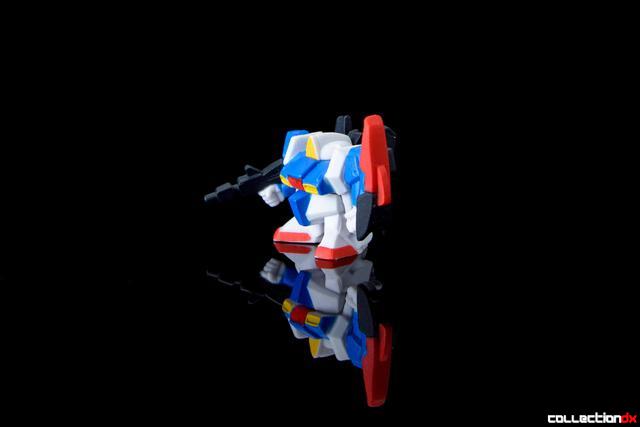 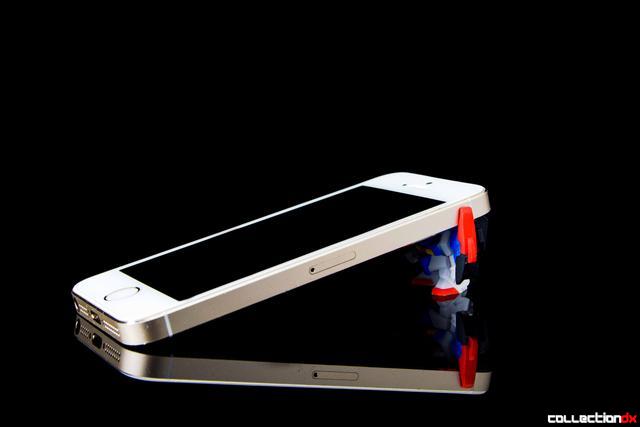 Zeta Gundam has his head pushed into body as if Mario had jumped on him like a Koopa. He acts to keep objects sitting at an angle and works decently as a phone stand. 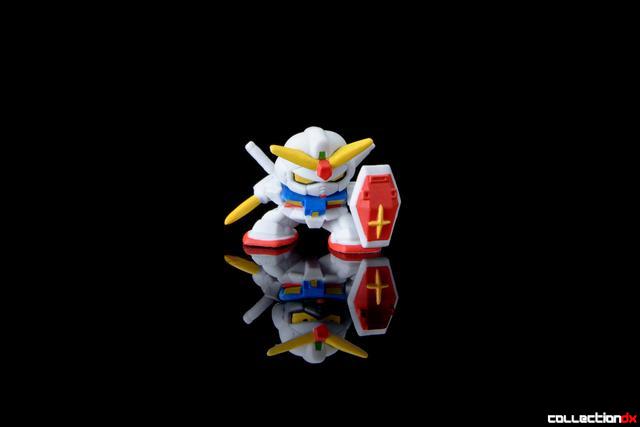 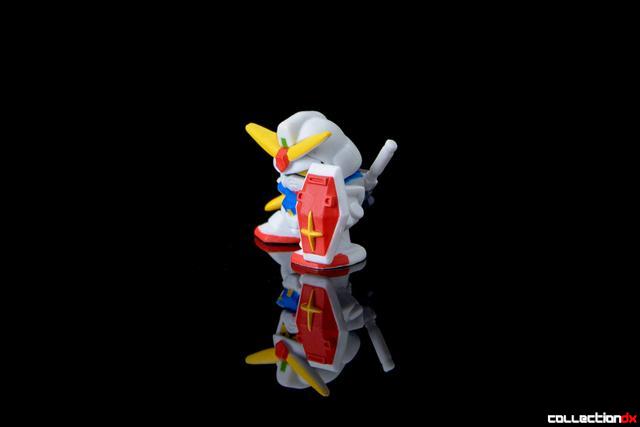 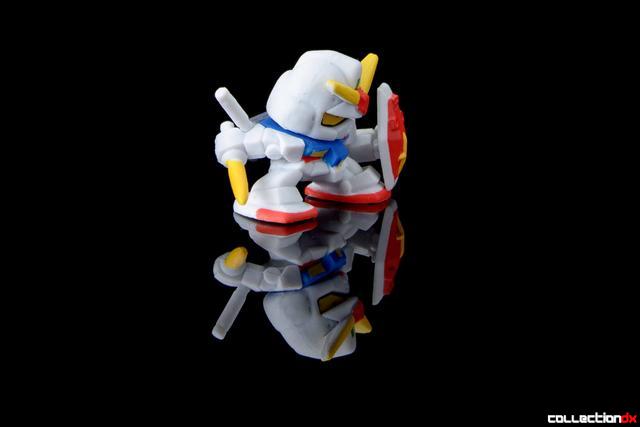 The RX-78 doesn’t seem to have a function, but he’s great just the way he is. 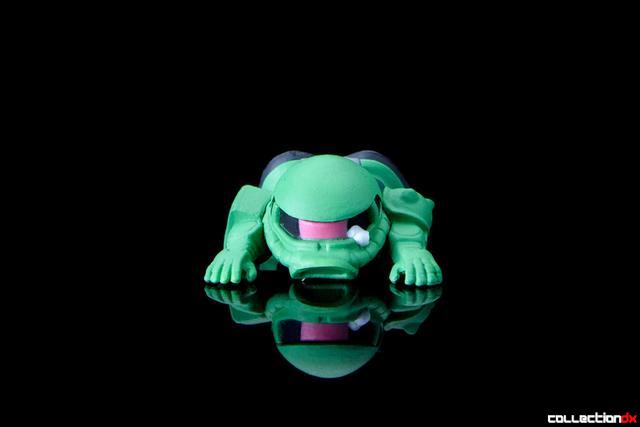 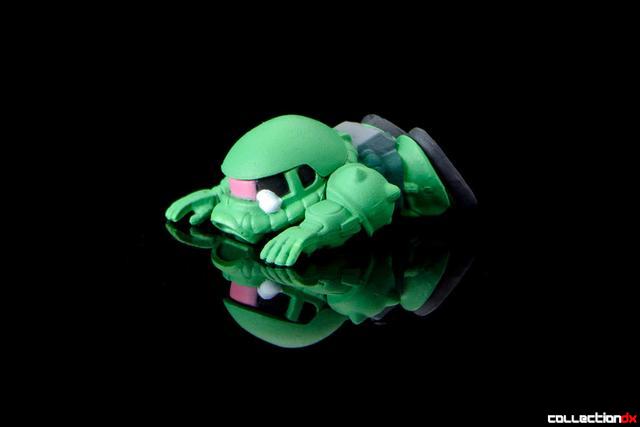 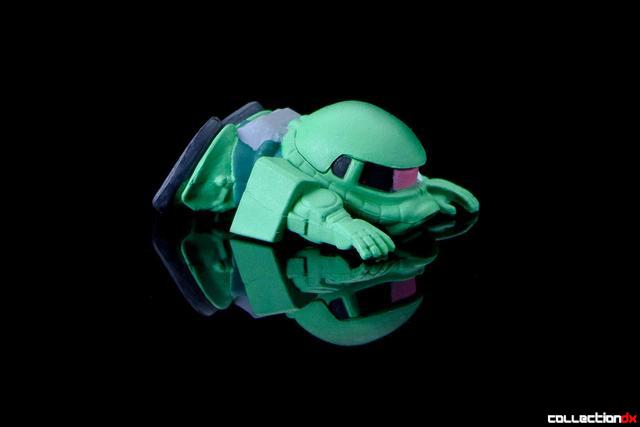 The cutest figure of the set is the crying Zaku II. I forgot to take a picture of his function, but you can rest pencils on top of him, crushing his tiny body and making him cry. Why would you do that!? 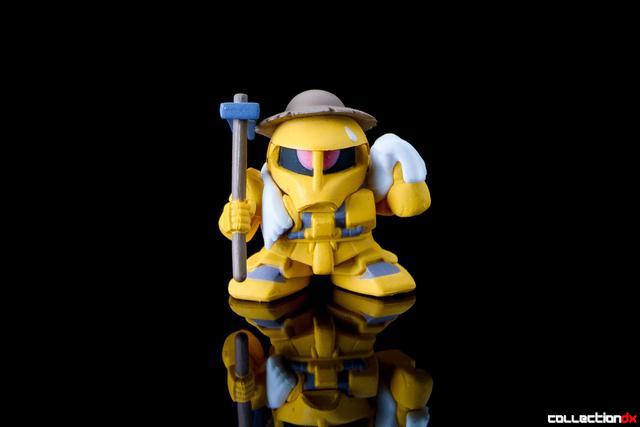 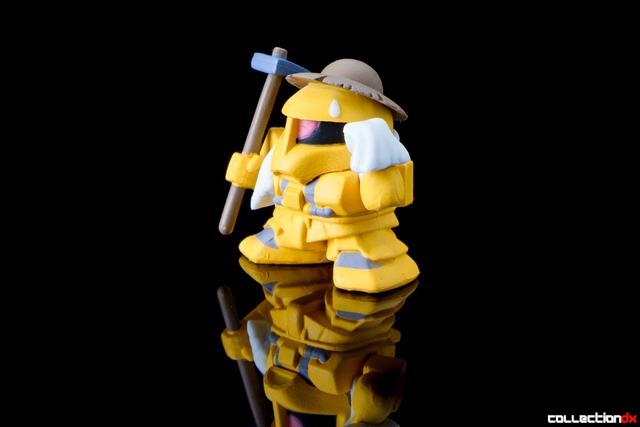 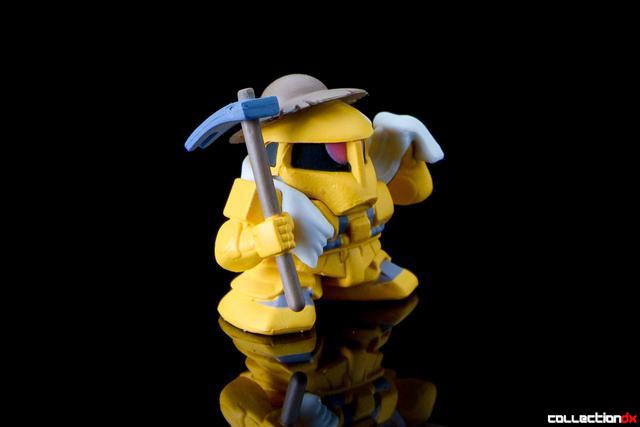 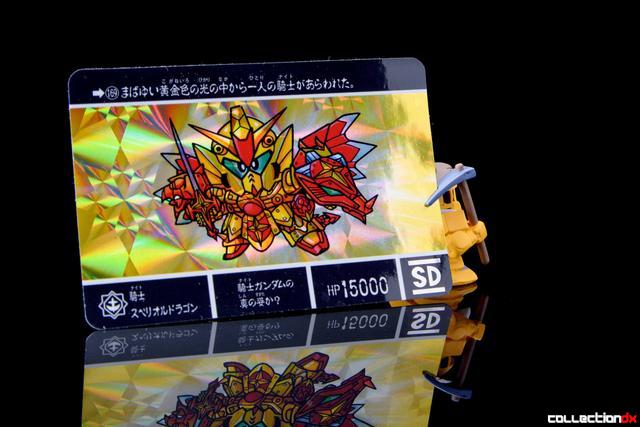 Finally we have old farmer Zaku I, wiping sweat from his head working out in the summer heat. His pitchfork acts as a little memo holder, because I bet you are the type of person that keeps passwords written on post-its. 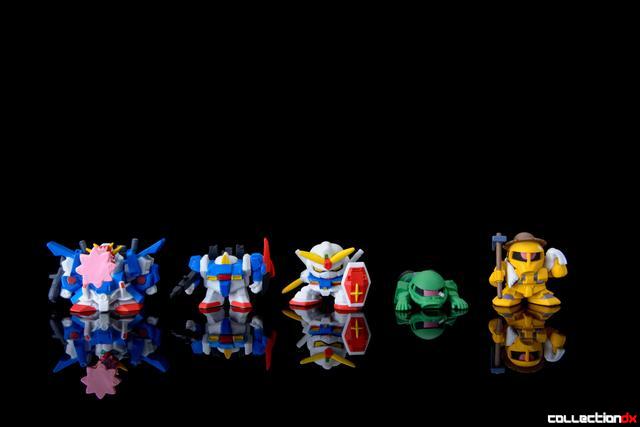 I absolutely adore the Ganbare! SD Gundam figures and whole heartedly recommend these to everyone. As a fan of classic SD Gundam, it’s great to see the return of the wonderfully cartoony SD Gundam designs rather than the shortened realistic Gundam designs that are popular these days. These figures are cheap, but absolutely adorable and I can’t wait for the next series to come out. If you love classic SD Gundam, there is no reason you shouldn’t own these.

3 comments posted
Right between the... eye

This continues to bug me: why do several Zaku suits, like the Zaku I here, have a bar running down the middle of the face, blocking the mono-eye sensor if it's in the center? Even two of my favorites, the Schuzrum-Gallus and the Zssa, do this too. I get that it deflects punches and is a structural feature, but why not, y'know, make it clear? Or create an entire visor around the head?

...I suspect the main one is that it serves as a simple visual aid for the audience between the Zaku I and II, and in later designs simply as a stylistic call-back.

I always thought of the center bar as a support for the armor on the forehead. Since MS also use melee weapons, you can assume that the head would be exposed so some type of blunt force attack. If all you have there supporting that armor is the clear glass of a visor (like the Zaku II), it could collapse and block the pilot's visibility altogether. Even though the Zaku II doesn't have a central bar, it still has two bars on the sides of the visor, just like the Zaku I. I love that crying Zaku, BTW. I need one of those for my desk.