I love me some Gamera, but I have mixed feelings about this S.H. Monsterarts Release. Gamera is my favorite Kaiju, and friend to all children. This is Gamera as seen in Gamera 2: Attack of Legion, and as such, has a more modern styling than the classic 60s Gamera that I grew up with. The box is bigger than it needs to be as Gamera is rather compact, but it does come with a good assortment of replacement and accessories. 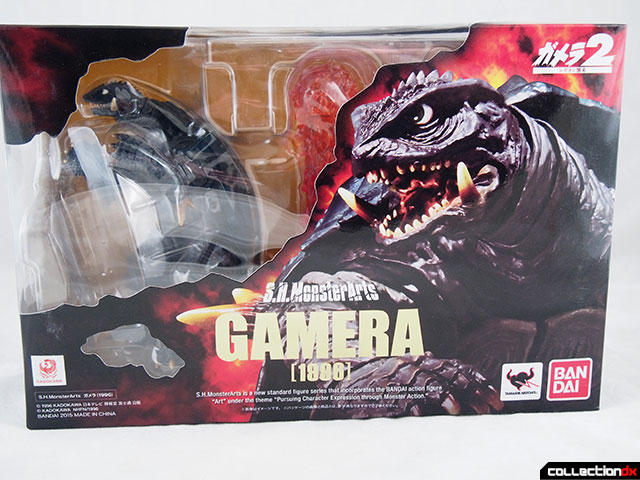 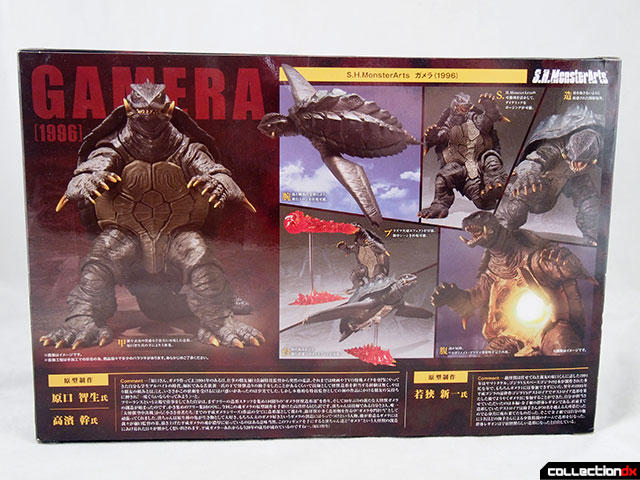 Gamera stands, but always also rests on his tail. This is not the toy (or the character) for extreme poses, but there are plenty of joints nonetheless. It's subtle posing. 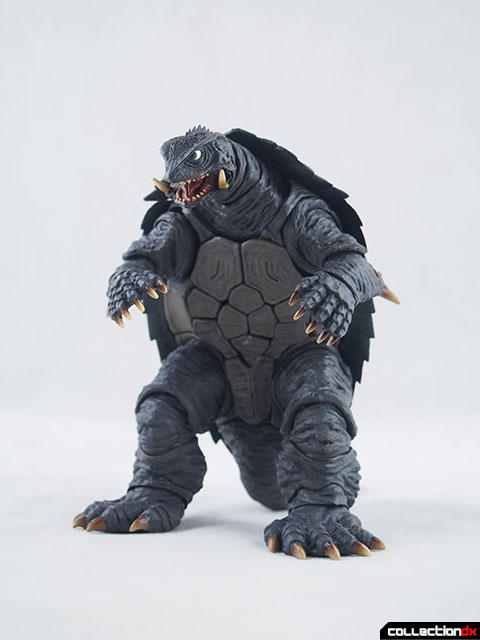 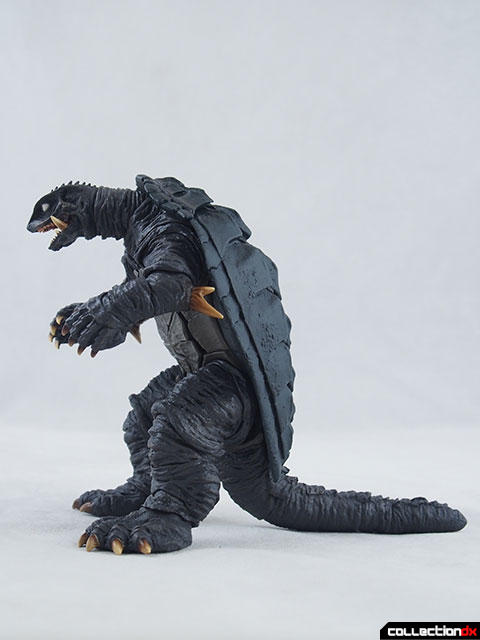 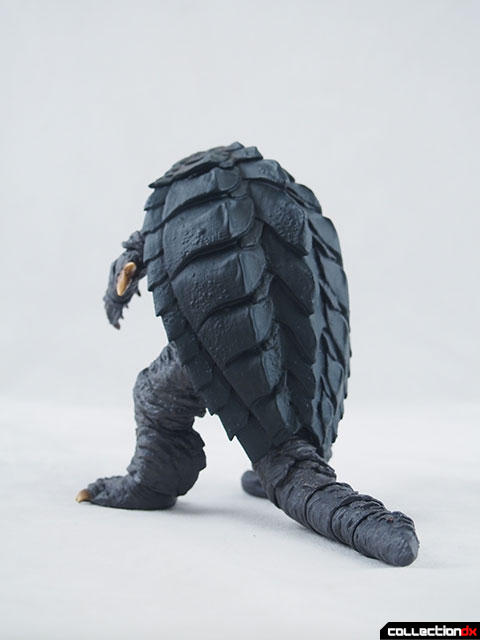 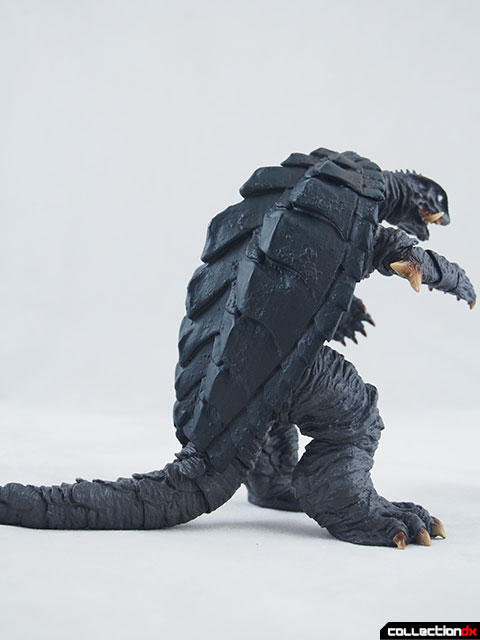 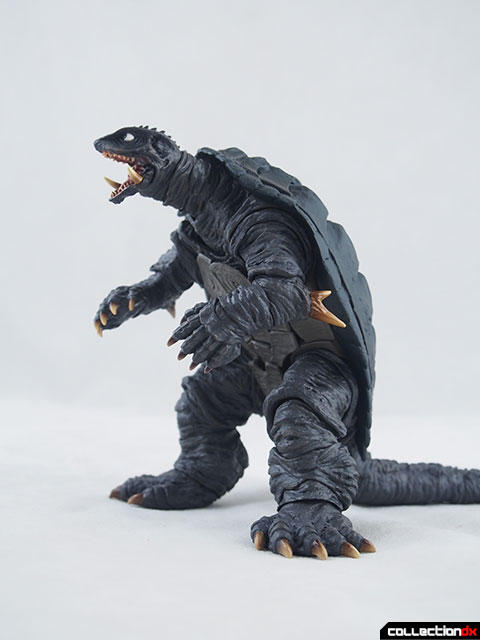 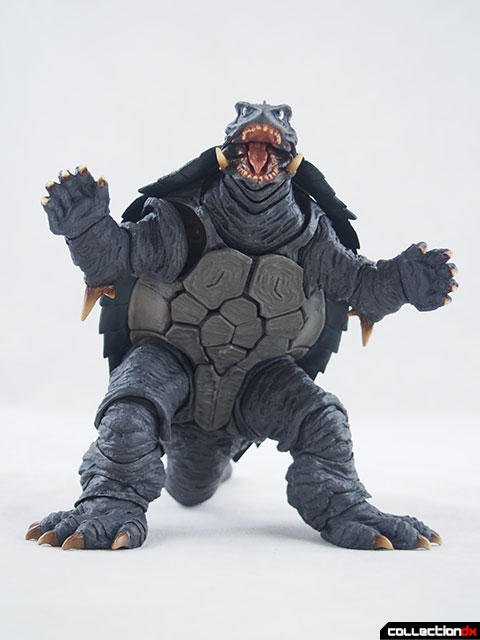 The facial expressions are top-notch, with an opening jaw, and eyes that seem to be full of expression. MonsterArts can be a bit wonky with the eyes sometimes, but these are well done. Also, the tongue is articulated! 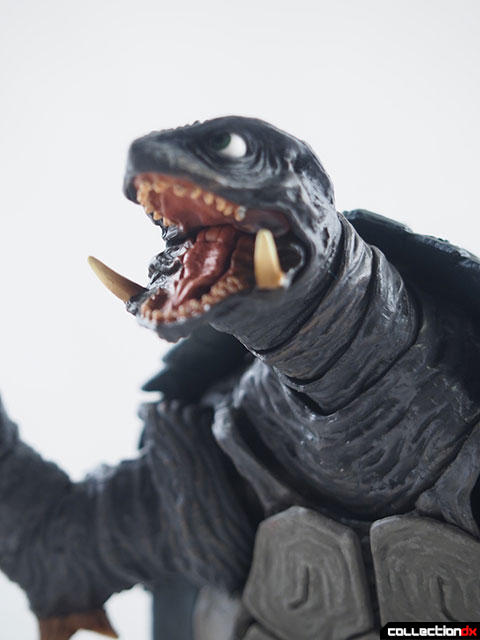 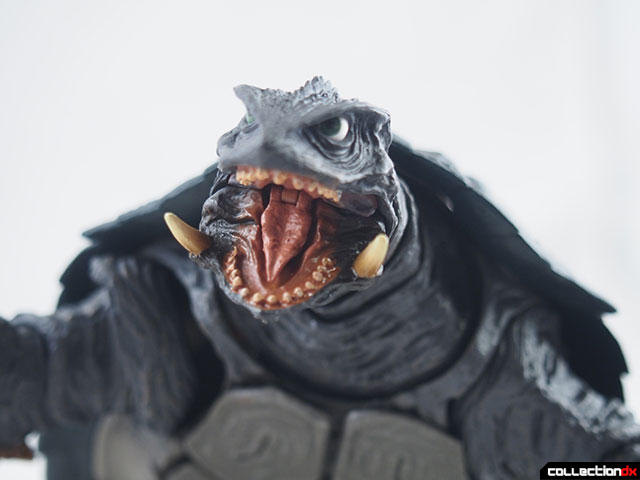 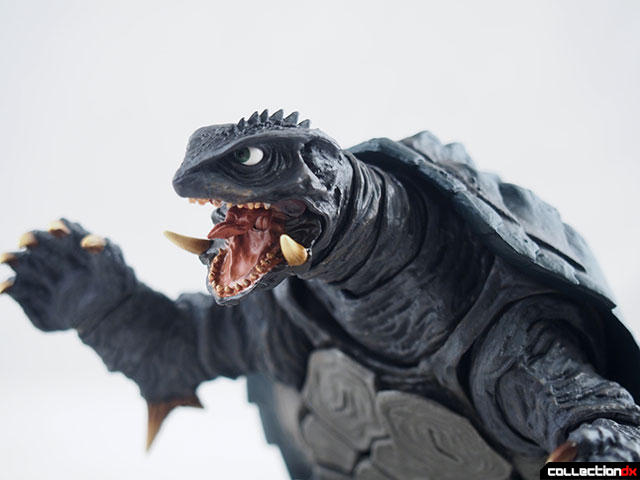 The chest of Gamera opens up to reveal an organic Plasma cannon, which is used to defeat Legion at the climax of the movie. The whole section consists of several moveable panels, which move out of place easily. I would have rather had a replacement part here rather than the self-contained gimmick. It doesn't look great, and honestly gives me a bit of Trypophobia. 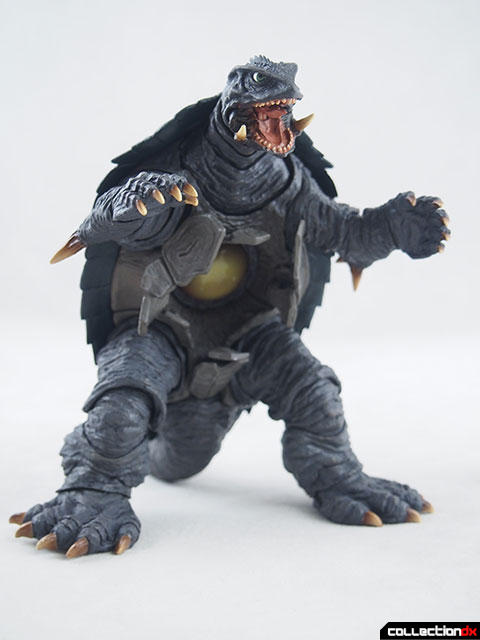 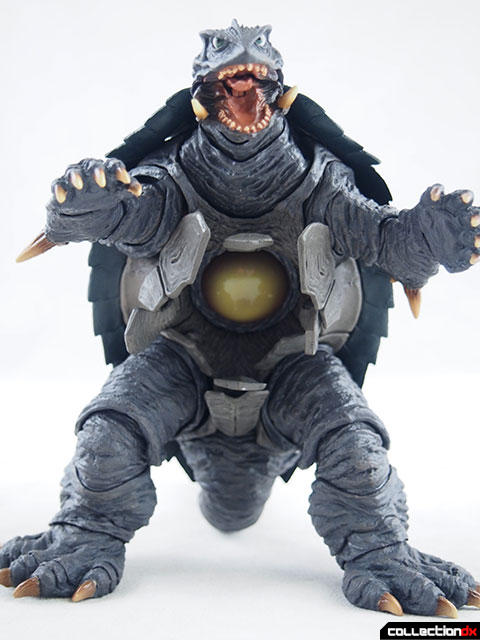 A flame effect part is included that also uses a flame effect as a stand. It's a cool visual effect, and the flame fits right into Gamera's mouth. 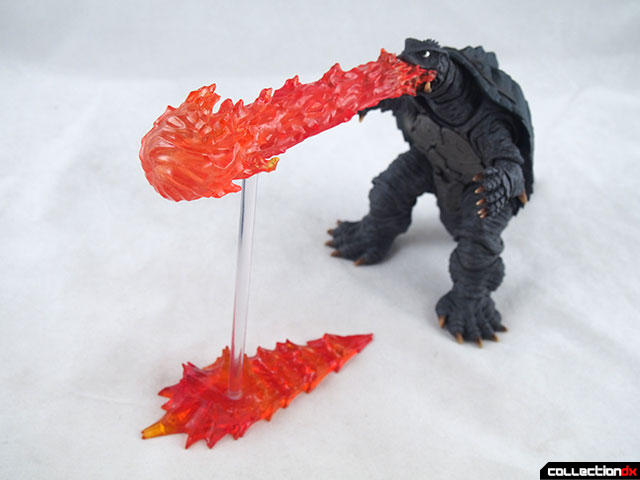 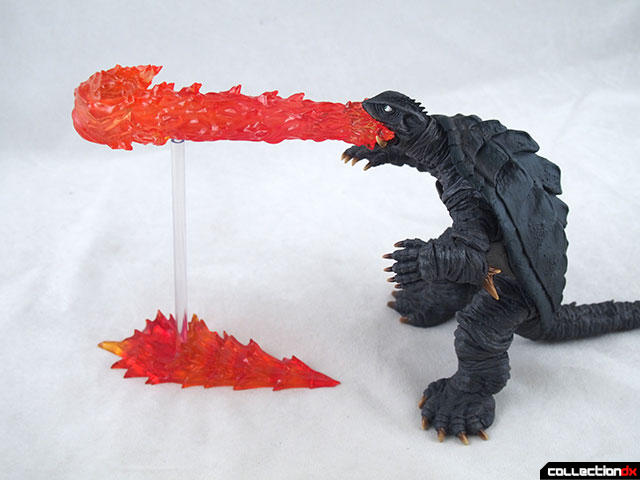 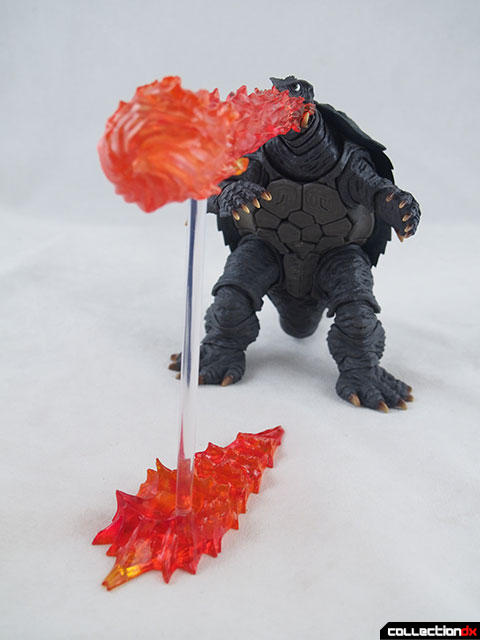 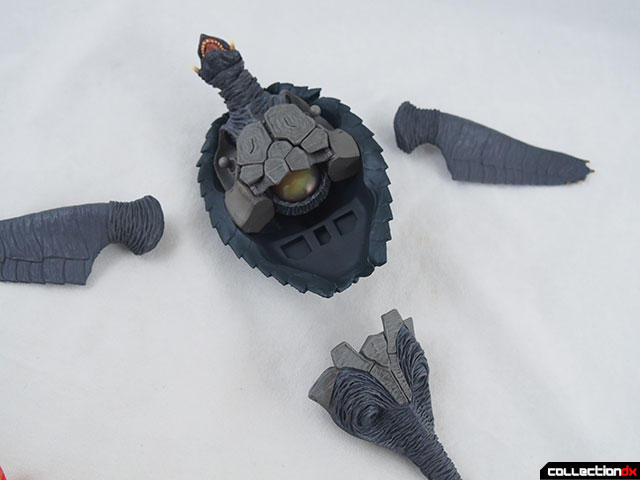 The same effect part is re-used as a base for the flight mode, now with a different connector. 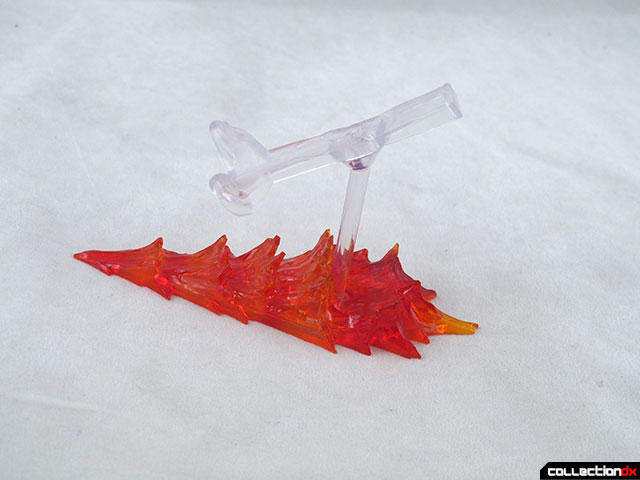 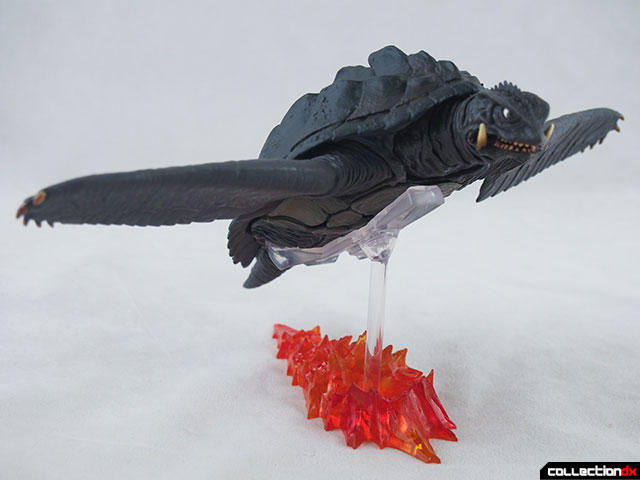 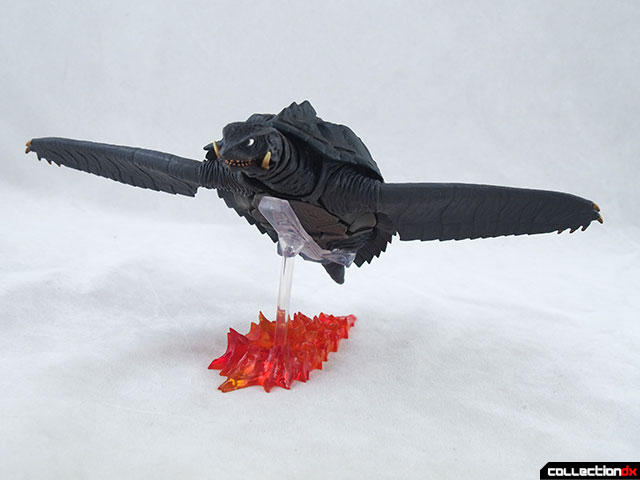 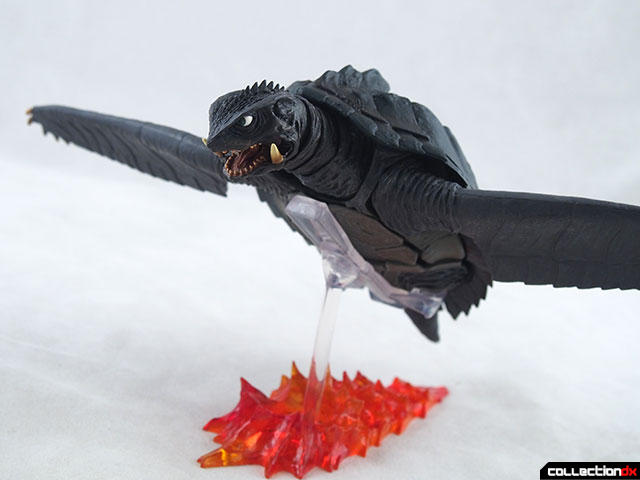 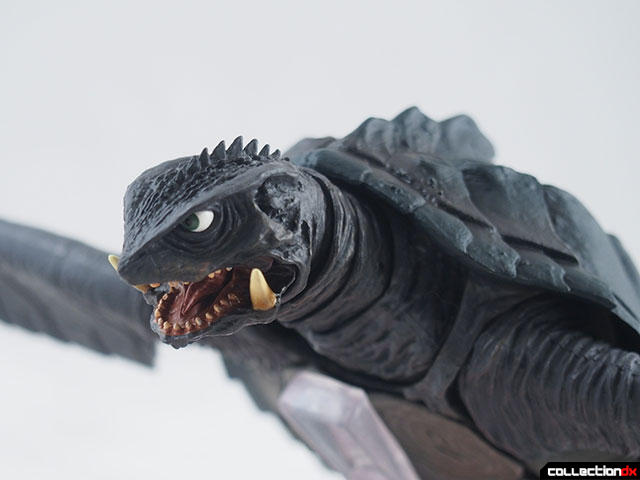 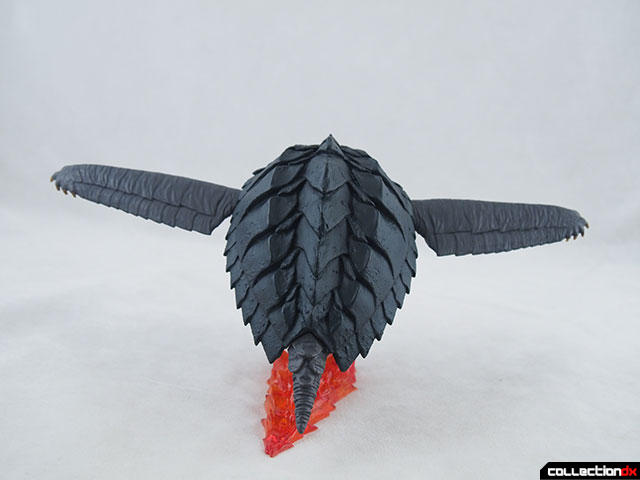 It's a cool idea, but you are basically going to choose the mode you like best to display, and the rest goes into the box, never to be seen again. 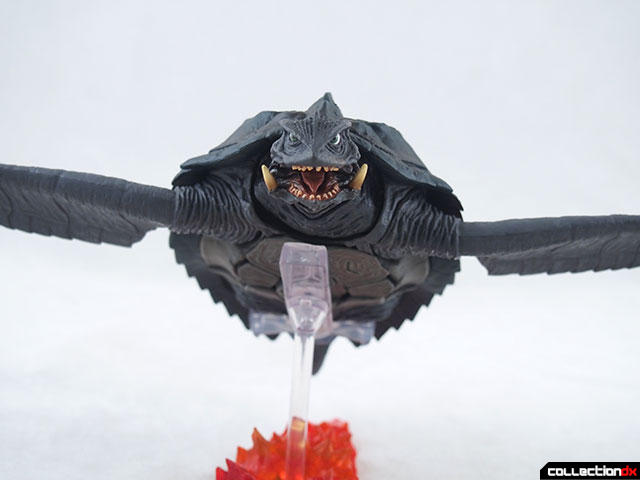 Overall, it's a decent piece, but it's small, I don't like the chest gimmick, and it's not very poseable. I chose to display mine without the effect parts, and that suits me just fine. Oh, and we need a Gamera reboot, ASAP.