Writing about a toy when you know nothing about the character can be a daunting task. I can only make assumptions about the First Order Stormtrooper, and for now that will have to do.

This is the evolution of the classic Stormtrooper design from the original trilogy. No longer are the troopers clones, rather now they are individuals who have joined the First Order, the new name for what was once called the Galactic Empire.

These new Stormtroopers are more sleek than their predecessors, but are still instantly recognizable.

This is one of the toys I picked up at Force Friday, the midnight unveiling of the new Force Awakens toys. 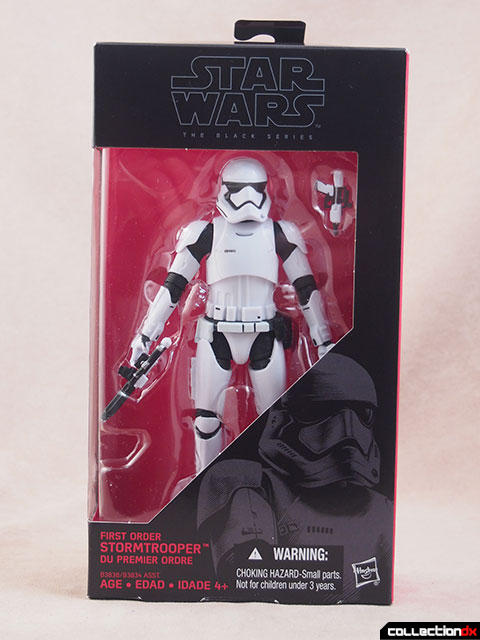 The new Black Series packaging is striking, and just slightly larger than the previous. I love the large numbering on the sides. 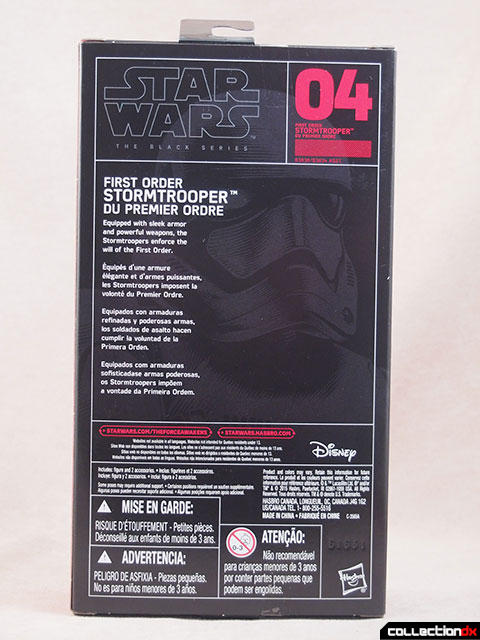 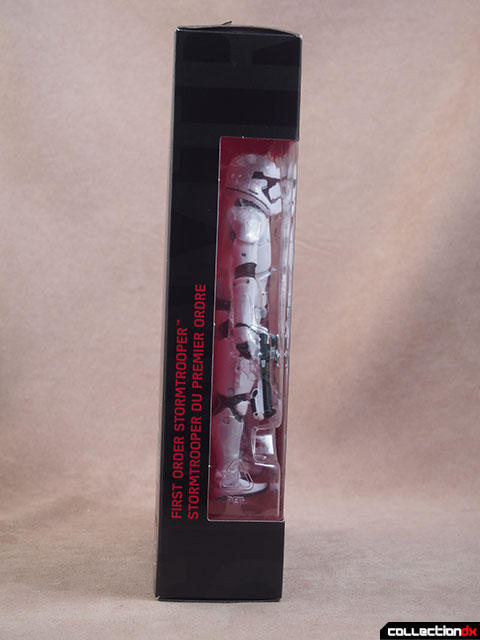 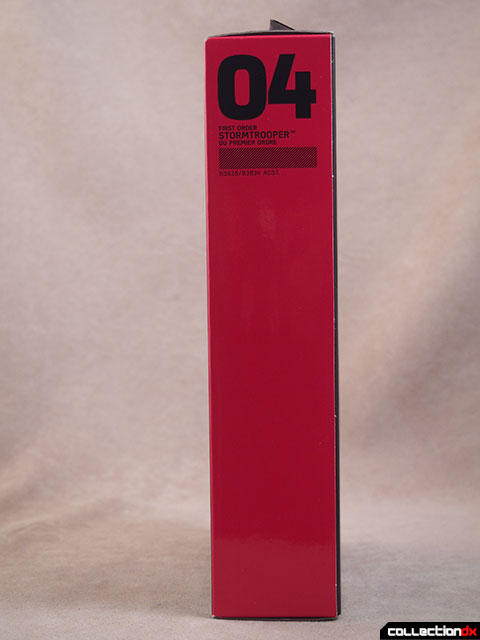 The Stormtrooper stands roughly 6" tall and is fully articulated. If you are familiar with the Black Series, there's nothing new here in terms of articulation. Ball joints, swivel joints, hinge joints. All are reasonably firm and hold a pose well. 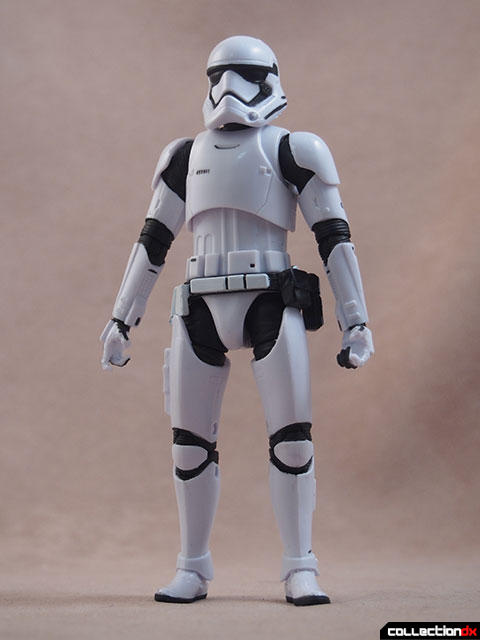 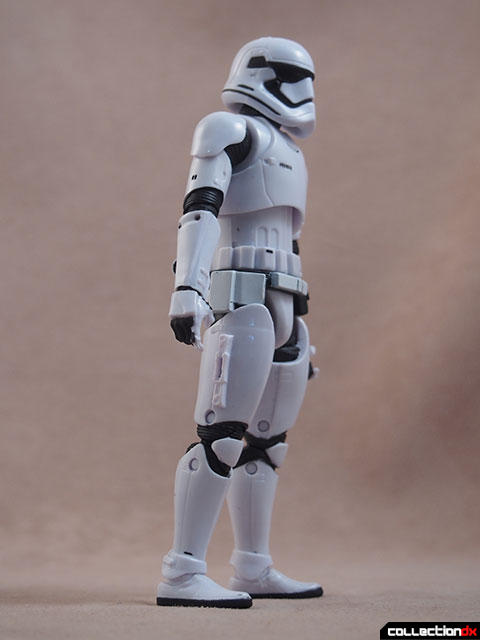 Some of the hallmarks of the old Stormtrooper armor still exist. Note the cylindrical canister on the back of the belt. 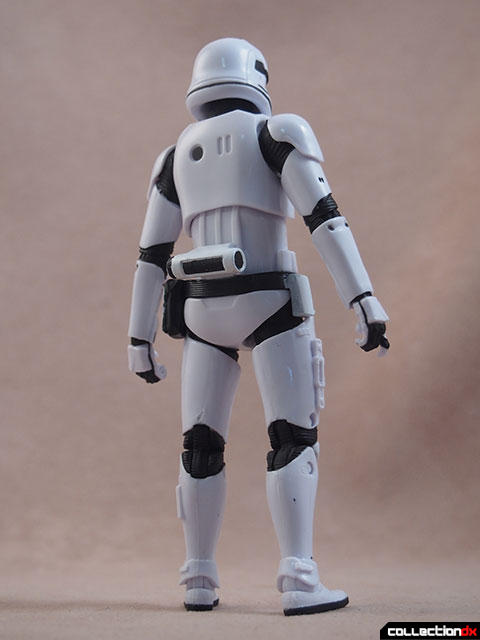 Both hands are molded in weapon-holding poses. Really, the only thing lacking for the Black Series is alternate hands. 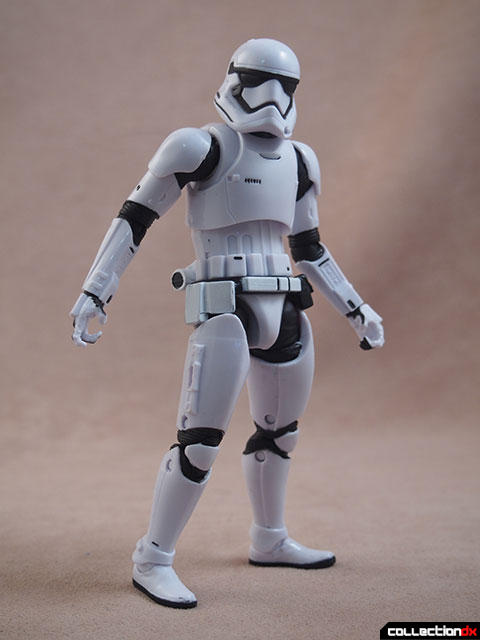 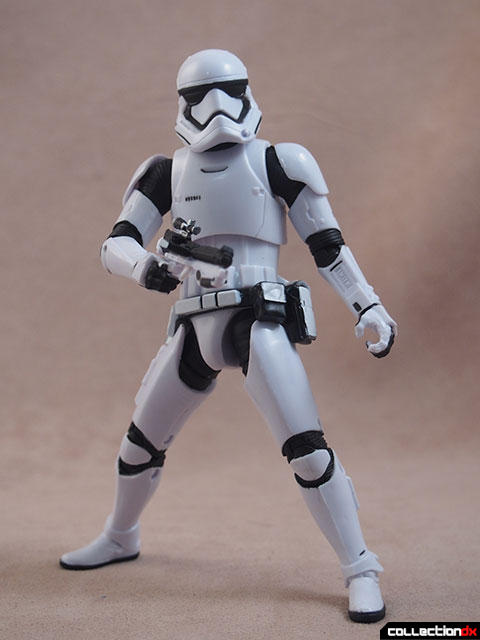 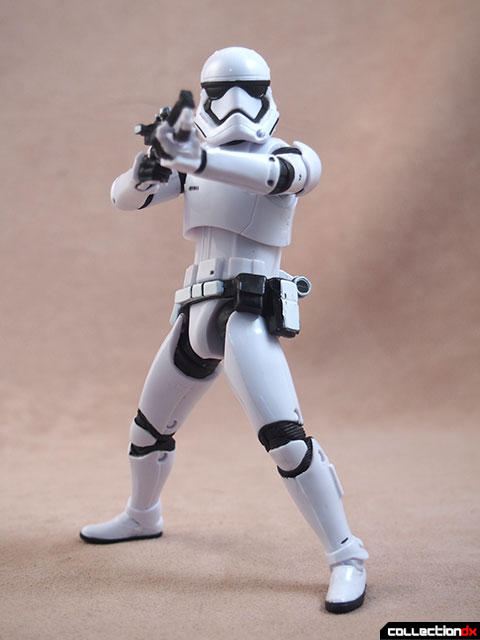 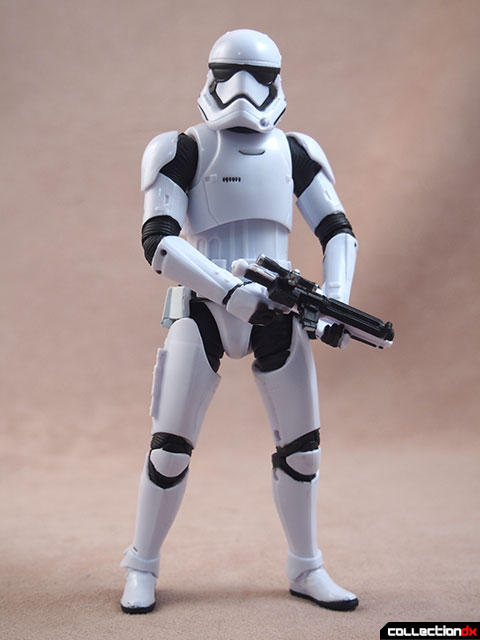 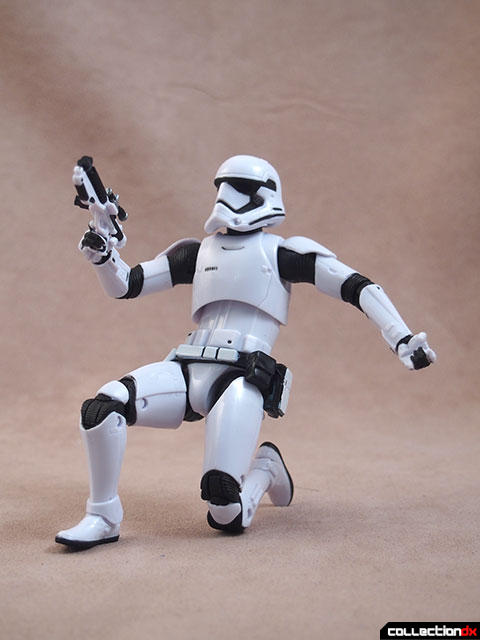 Next is a smaller pistol, which reminds me a bit of the Biker Scout pistol. 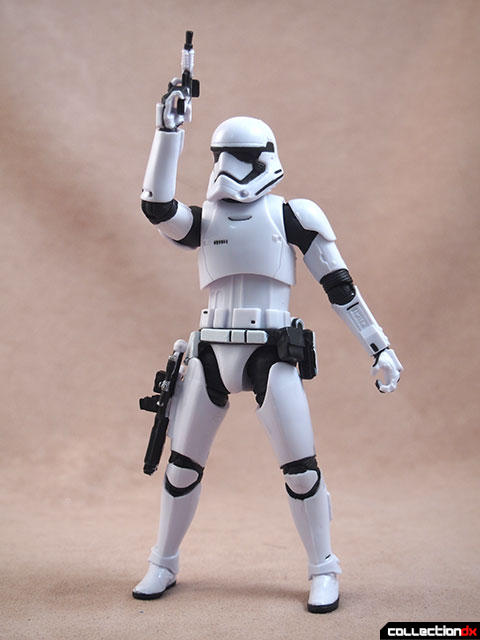 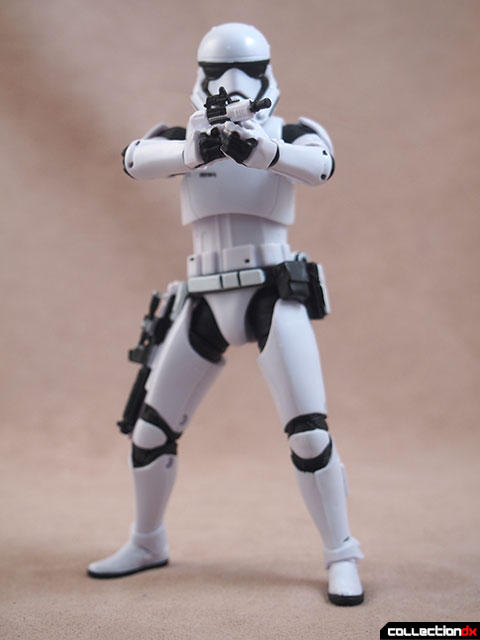 Note that either weapon can be attached to the leg via a tab on the weapon. 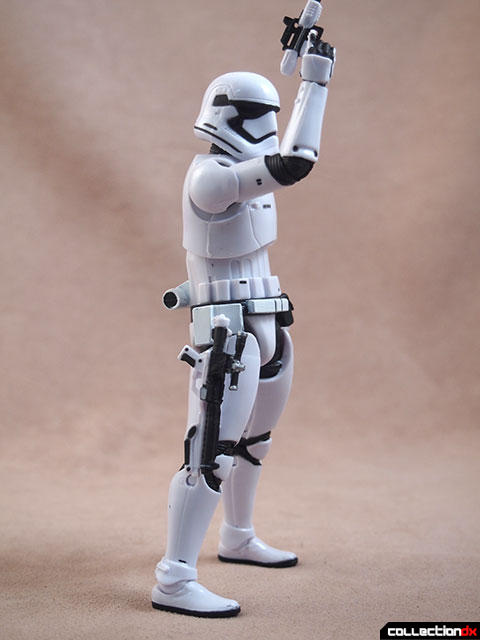 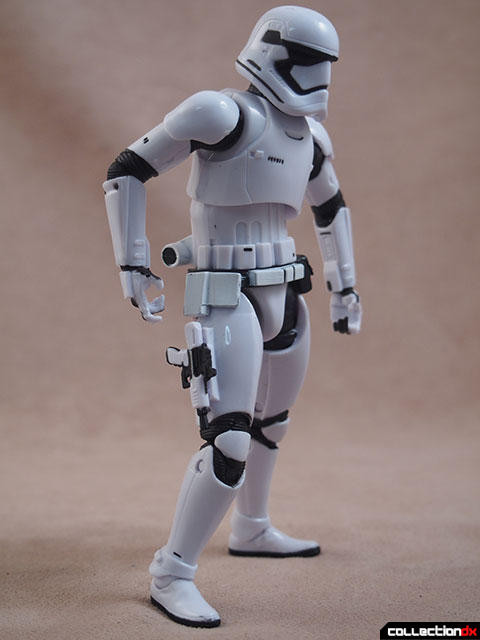 The new design has really grown on me. I am eagerly awaiting the premiere of the new movie in December! 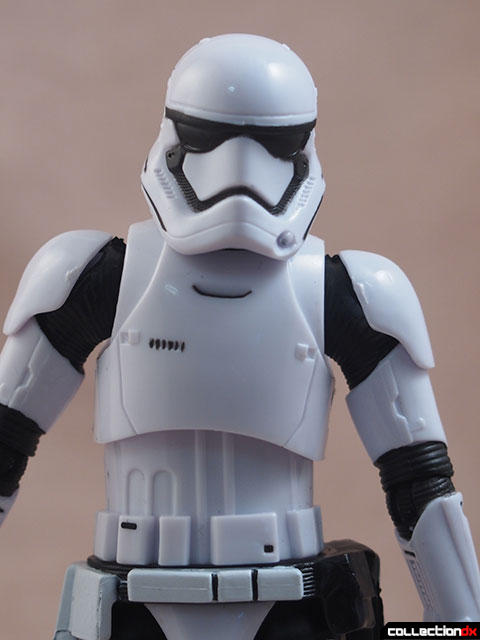 It reminds me a bit of the later tron film, in a kind of too clean to be Star Wars way. I'll have to see the suits in the film in their setting to get the whole picture, but they need some grit, the white on the weapons is a bit mass effect-y as well. I guess my opinion could be colored a bit by the odd super sleek designs from the prequels?

It's just too clean because it's a toy, I think once we actually see a costume in motion it'll look better. The closest we've seen is the glimpse of Phasma walking with her gun drawn...
...oh my gods... I'm talking about Star Wars and excited about it... I even bought the Sphero BB-8.
...where was I?

I think the design looks great. like it's taken the Empire a few years to perfect the aesthetic of the Storm Troopers, make it modern, even a few pieces out and a throw back to the look of the Clone armor types. For the life of me I've never understood the old troopers' asymmetric knee armor, but the first draw to the suit is the helmet's new face that makes me think of a menacing grin and not the evil fish scowl.

Isn't it great getting excited for Star Wars!? Thinking about it more, you're absolutely right, the flat shiny ness and slight translucence of bare white plastic really is a poor translation of the design. It's funny you mention the knee armor, I was thinking of zaku 1 sniper and it's cool knee plate and how maybe a further development of the knee would be cool. But like you said, it probably wouldn't improve their aim much! I gotta say i really love that asymmetrical plug bit in the chin of the helmet, and I kinda miss the fish scowl, but the classic design will always be there, onwards and upwards!