The Drumlo serves as the mass-produced backbone of Drake Luft’s Aura Battler armies. While it’s not as well-known or recognizable as some other grunt suits, it’s been one of my favorite robots ever since I watched Dunbine. I was ecstatic to hear that it was getting a Robot Spirits release, and I’m even happier now that I have the final product in my hands. 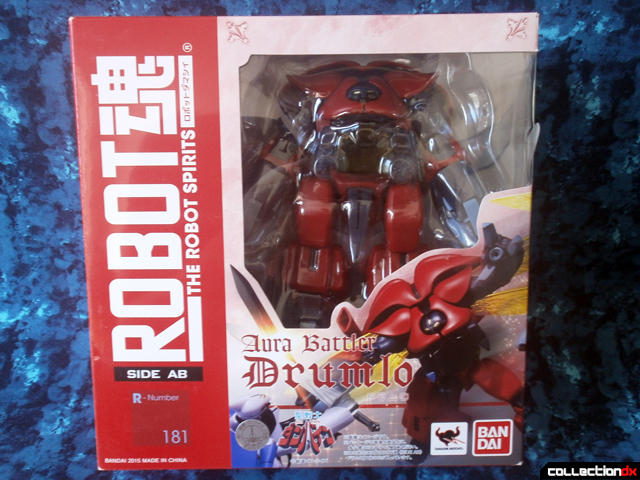 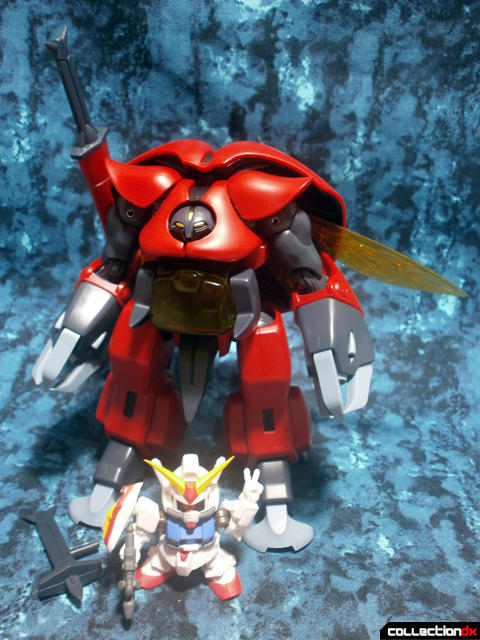 The Drumlo isn’t much taller than most other Robot Spirits figures but it’s a whole lot wider. After attaching the wings and sheathed sword, the Drumlo comes with nothing else but an alternate handle for the sword. 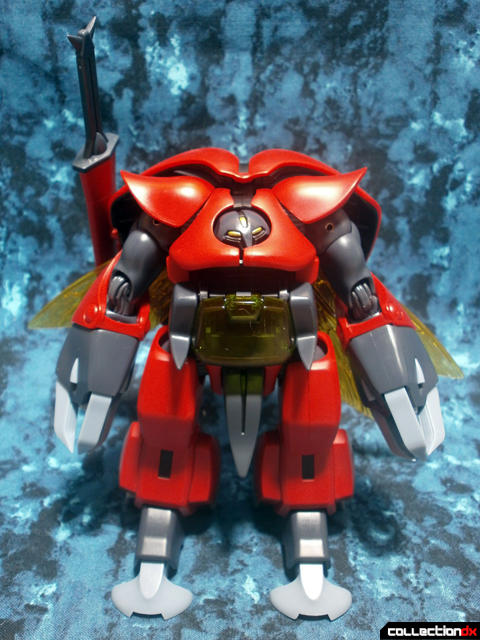 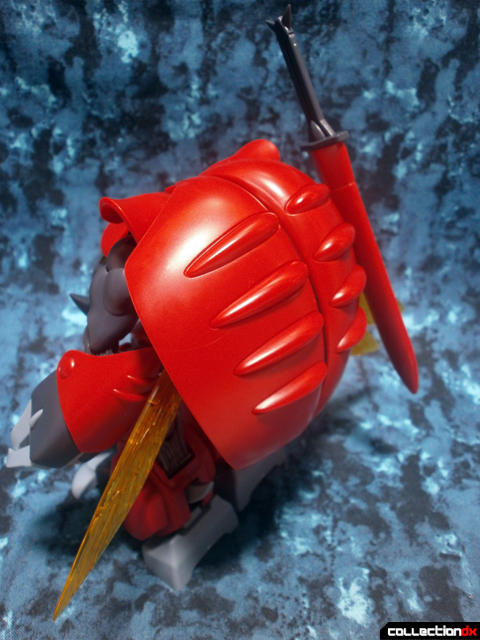 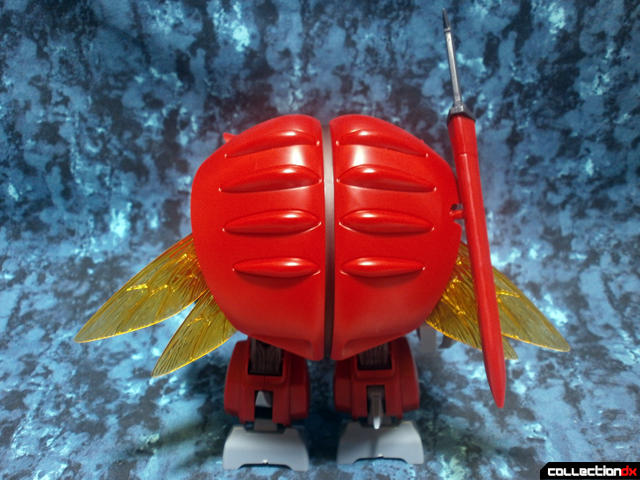 While some of the insect influences are a little more subtle on some other Aura Battlers, Drumlo is very clearly based off a ladybug. 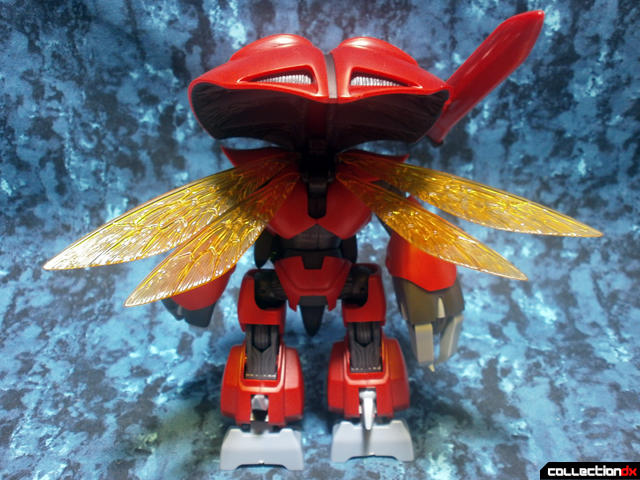 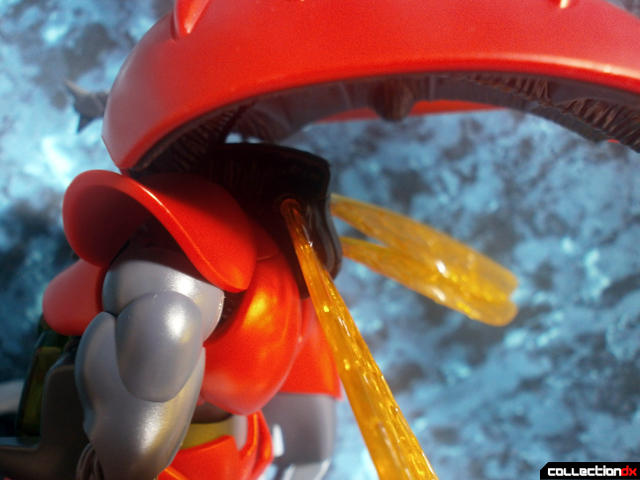 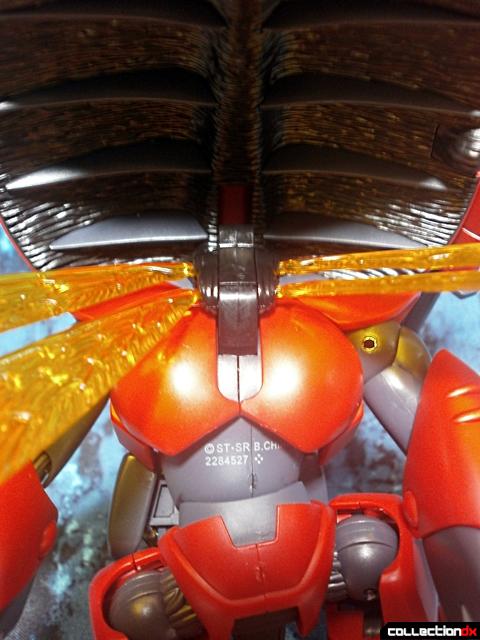 The oversized backpack is not nearly as prone to lowering itself due to its own weight as the previously released Zwarth. I still feel like a ratchet joint would have been a great addition here. 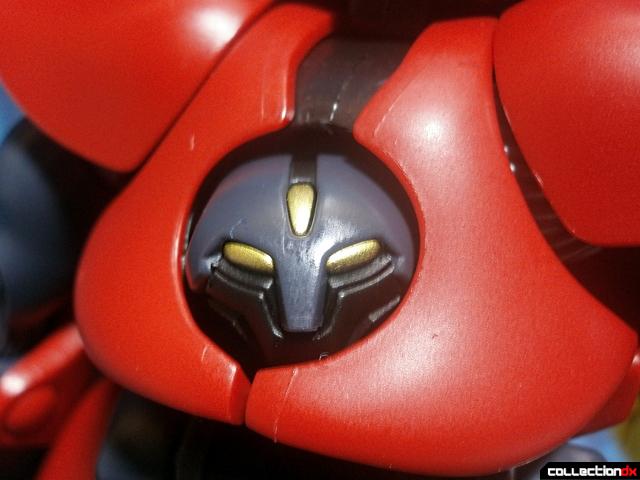 The Drumlo’s head and its positioning is one of the most unique parts of this design. Considering it doesn’t have a neck the head has as much articulation as it needs. 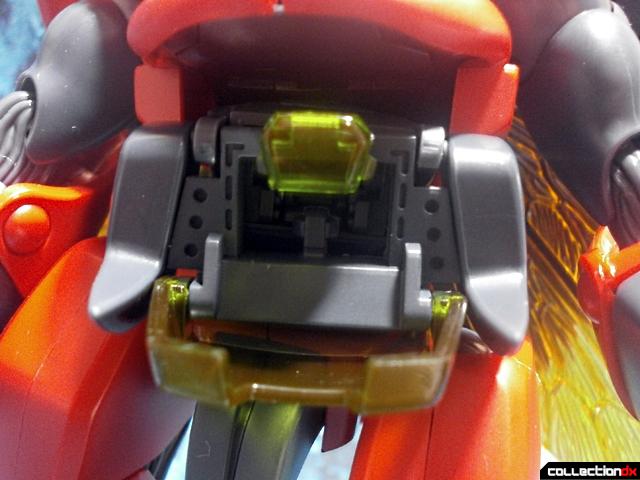 Once again, the Robot Spirits AB line continues having cockpits that open. On previous Aura Battlers it doesn’t get in the way of the rest of the figure but the waist feels like it’s less secure than it should be due to this addition. 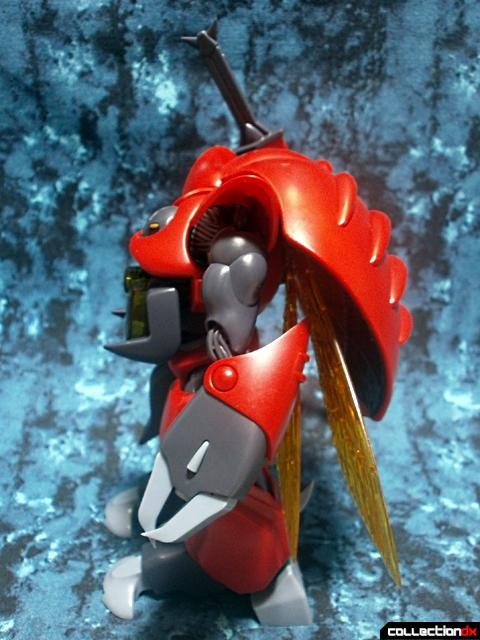 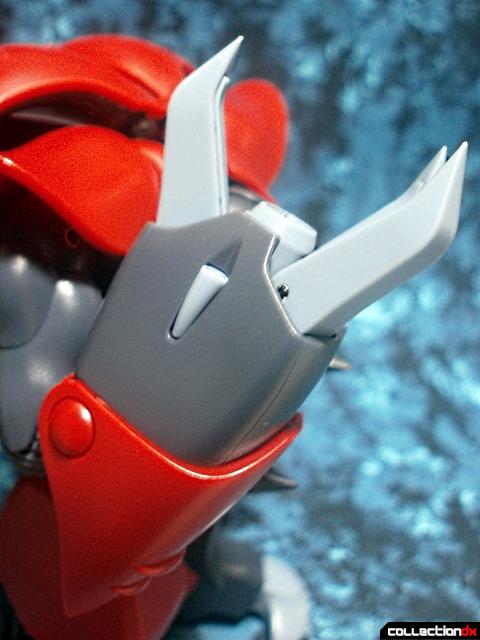 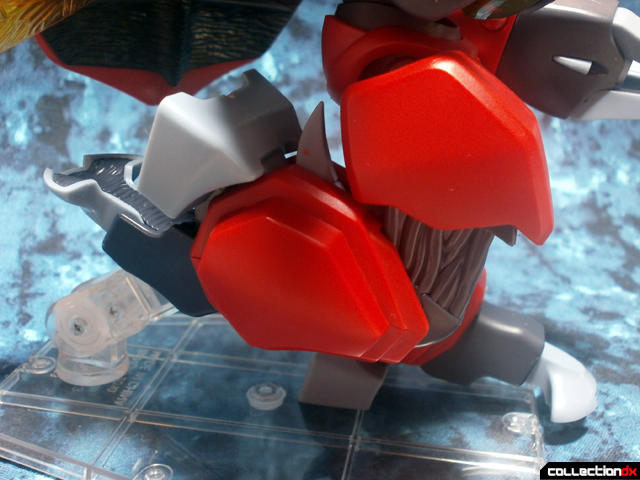 The Drumlo is articulated everywhere it should be, and has a much greater range of motion than you might expect from such a bulky design. 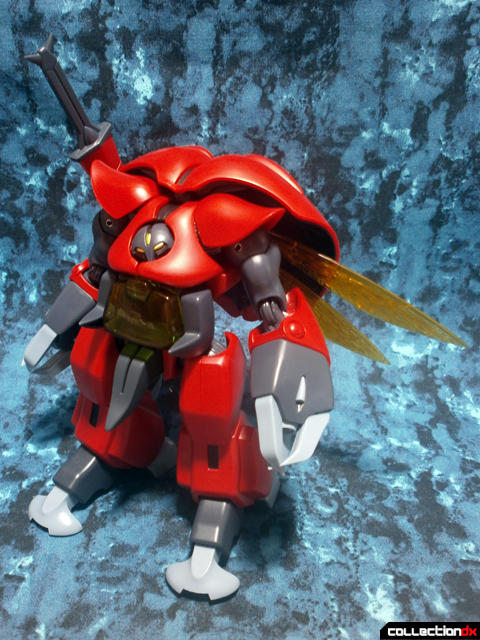 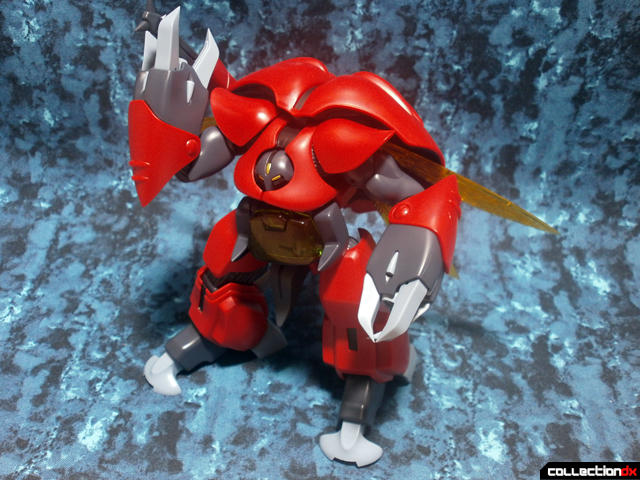 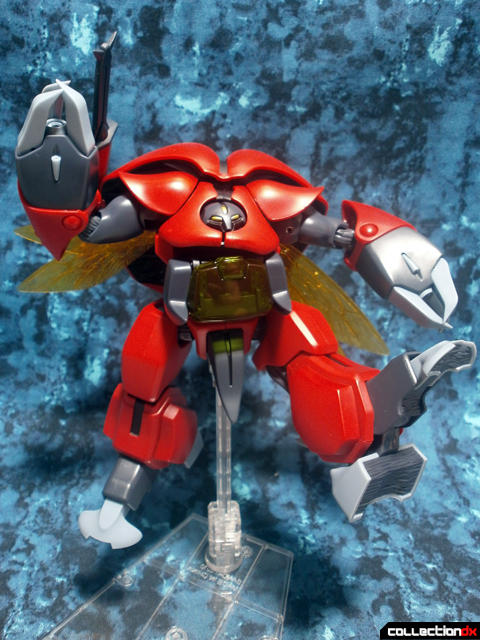 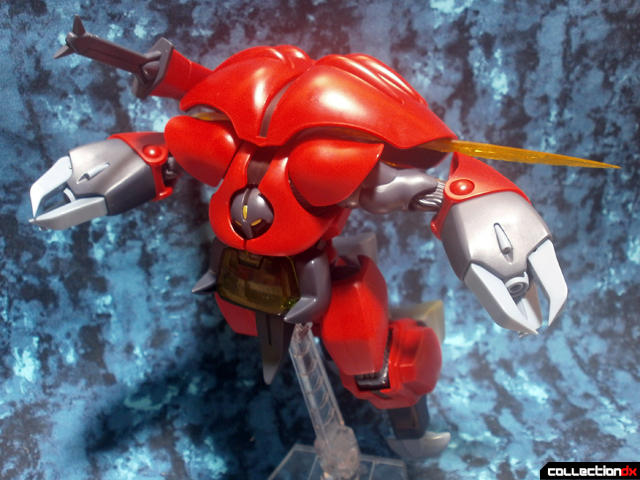 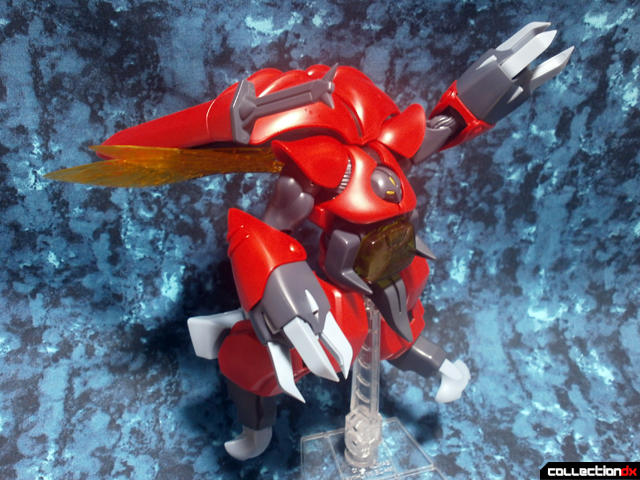 This figure looks even better when you get it off the ground. There’s no Tamashii adapters, the Drumlo plugs right into any stands you might have. To use the sword, swap out the handles, the alternate one has a peg that goes into the center of the clawed hands. Somehow, it looks less imposing to me when armed. The Drumlo’s sword can fit the effect parts from the Robot Spirits Dunbine or Billbine, although I must admit it doesn’t work as well. Of course, the big draw to having a mass produced unit is to have it fight the protagonists’ mecha. Unfortunately, that never seems to end well for the Drumlo. While I’m extremely glad to own this figure, it’s a little pricey at 6000 yen. But any fan of the Drumlo or Dunbine in general will glad to add this to their collection.

3 comments posted
This is one of my favorite

This is one of my favorite designs, it's like the Rick Dias of dunbine

That's an incredible comparison, and it really fits. Maybe it's just cause I've always been very fond of both of them.