This two-pack was one of seven released on Force Friday, 2015. While some of the two-packs are re-releases of existing figures, this set features the debut of these two new sculpts.

While the packaging features branding for The Force Awakens, the characters are from their depictions in Star Wars Rebels. 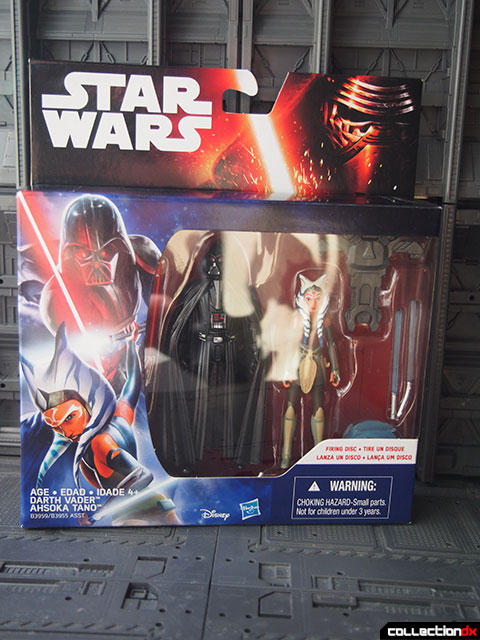 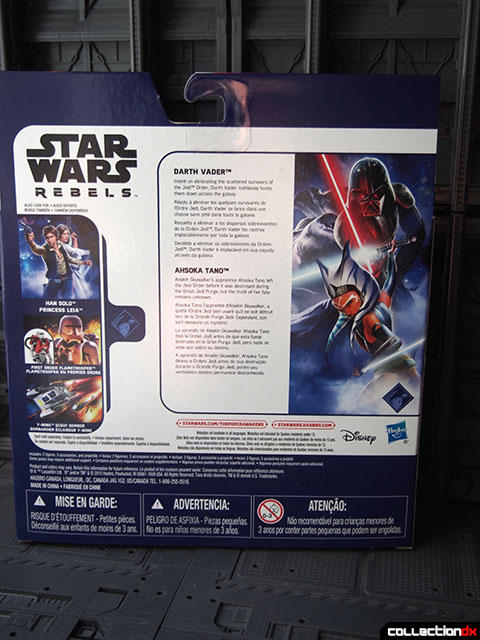 Darth Vader's likeness is based on his appearance in the Rebels cartoon, which is inspired by early Ralph Mcquarrie renditions of the character. The result is a more svelte, more angular look at the Sith Lord. 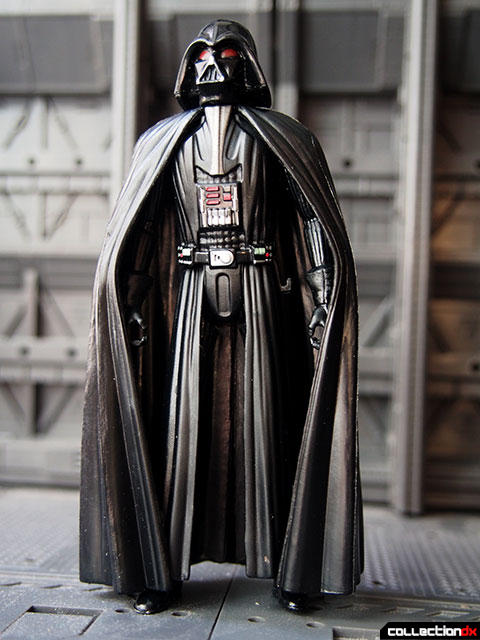 I love the red eyes that the figure gets. While not transparent, they certainly do look evil. 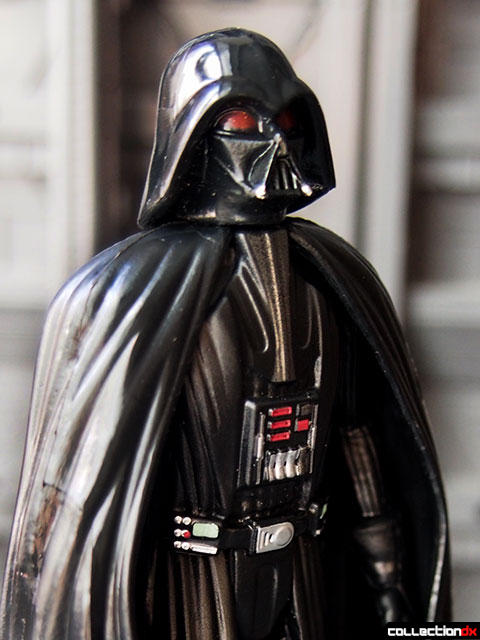 There was a small QC issue on the back of the helmet, not uncommon on these inexpensive figures. 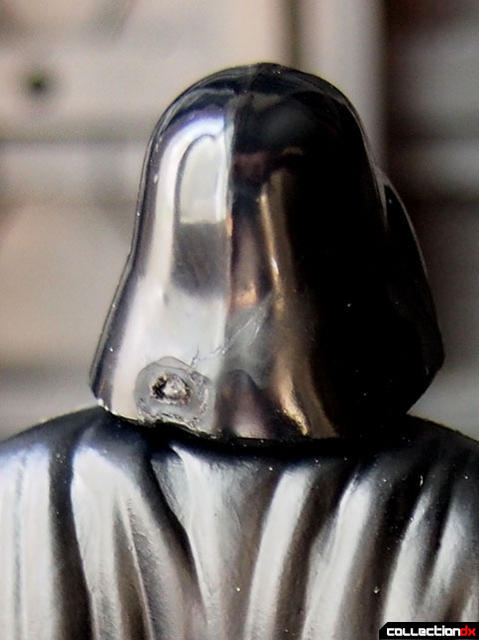 The long cape is one molded piece which features slight bends in the outer sections where the arms would come out allowing the arms to raise up. 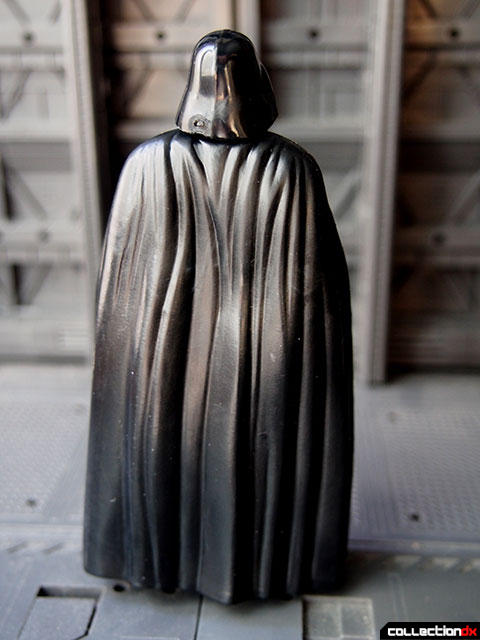 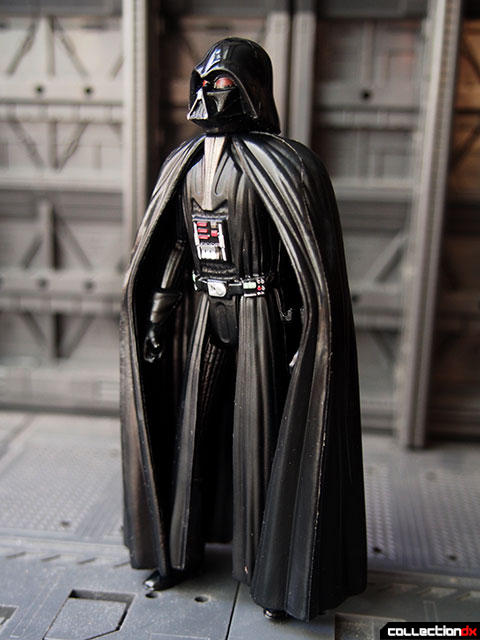 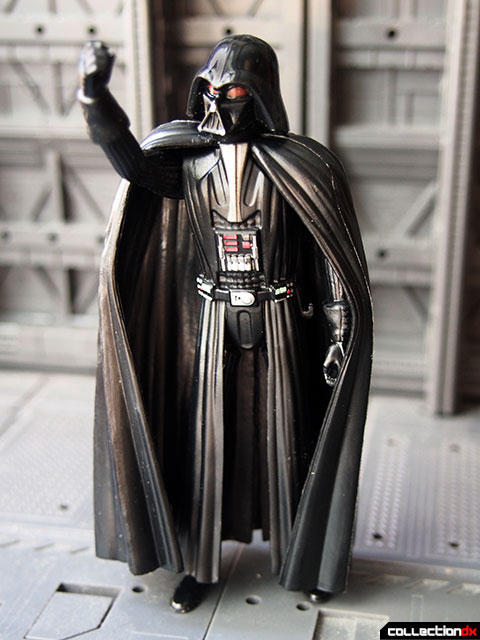 Included is his signature red lightsaber. Note that there is a hook on his belt to hold a lightsaber hilt, the hilt and blade are not removable, and therefore this feature is useless in this version. 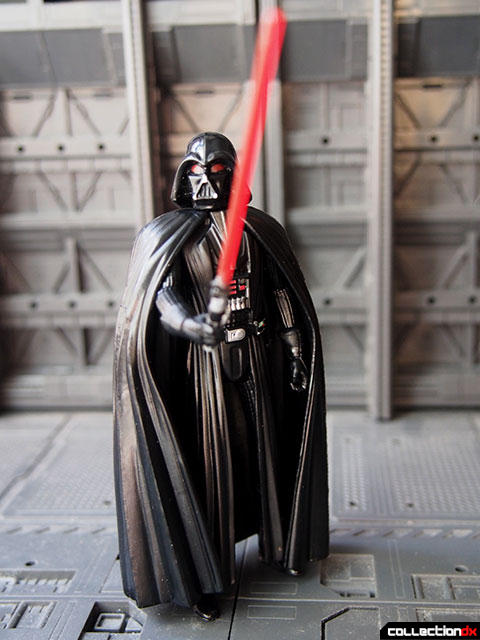 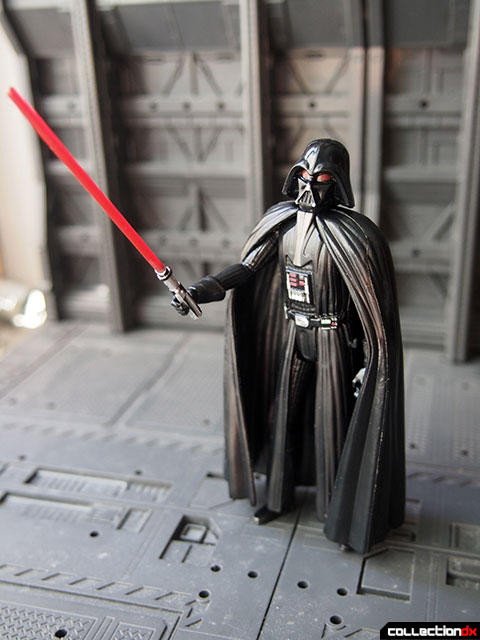 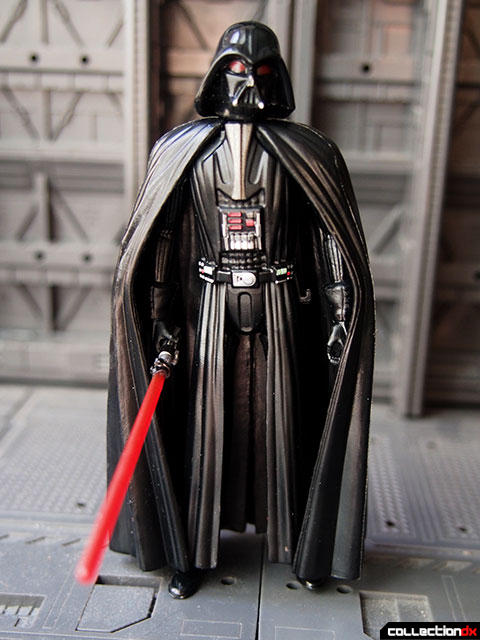 Also included is a neat little Force Pusher with Disc Projectile. Vader can hold onto the launcher and launch the disc across the room. I think it is meant to resemble a thrown lightsaber. 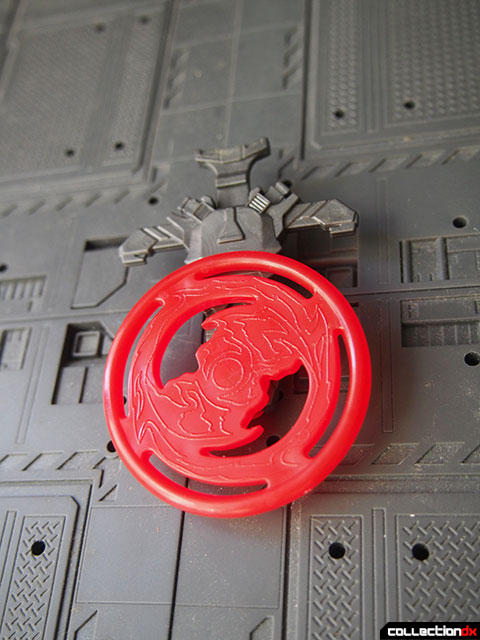 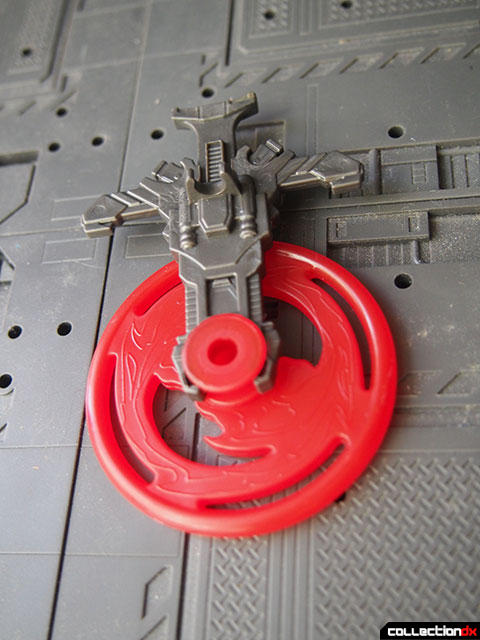 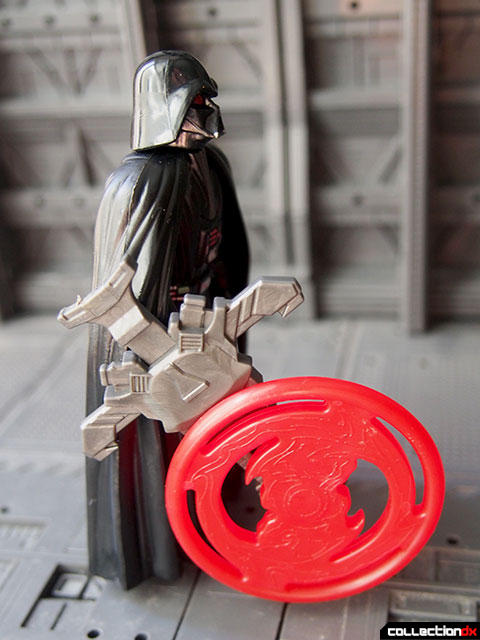 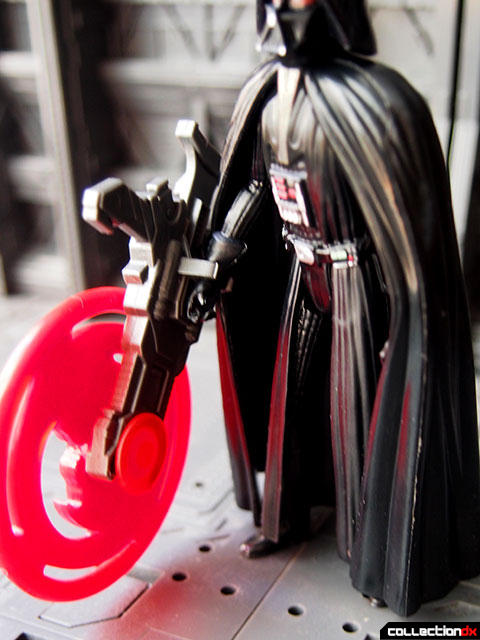 Ahsoka Tano is looking more mature as she appears in Rebels. The figure is nicely detailed but lanky, which makes it difficult to stand. The center skirt on her outfit inhibits posing. 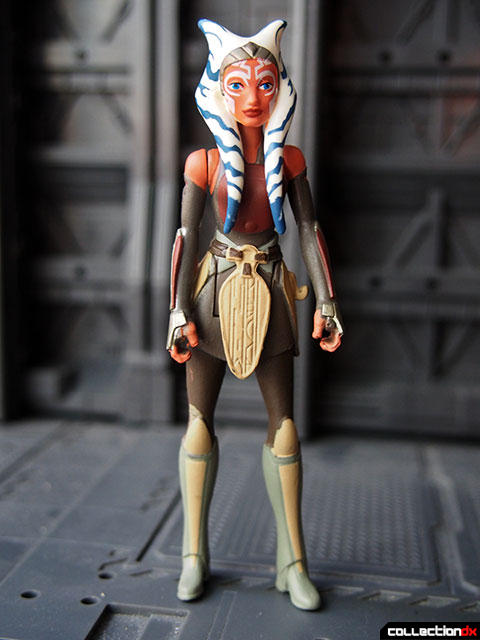 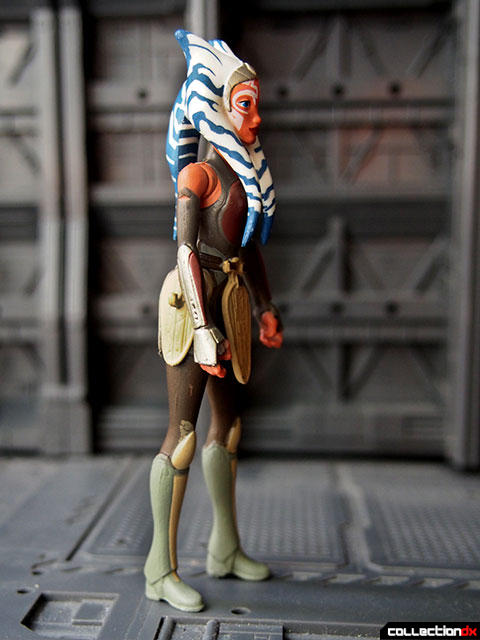 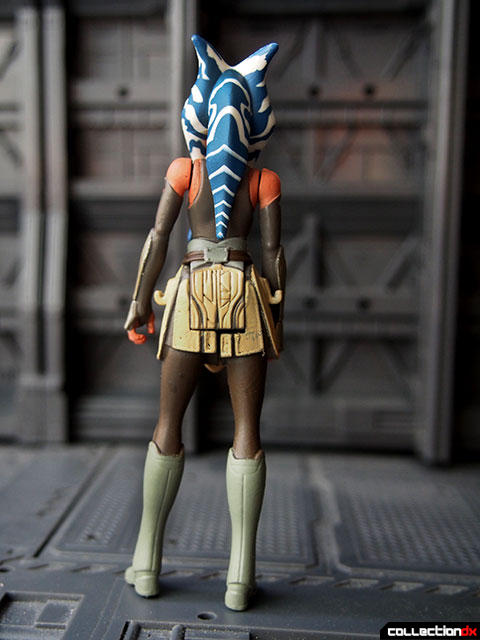 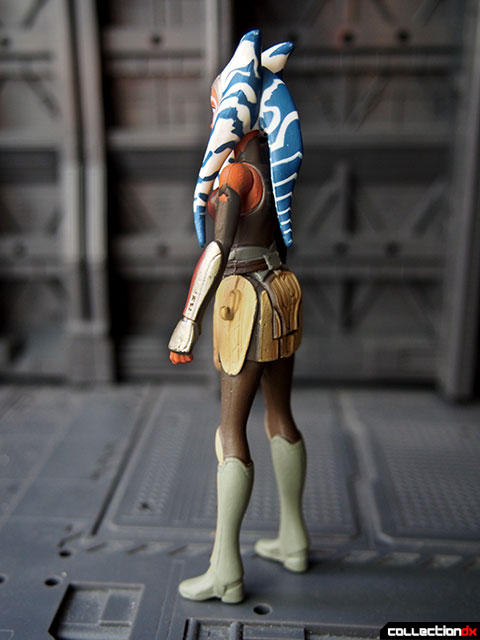 Included are two lightsabers, one with a bent handle. Again, Ahoska has hooks on her sides for sabers, but the sabers have no loops and are unable to detach from the blades. 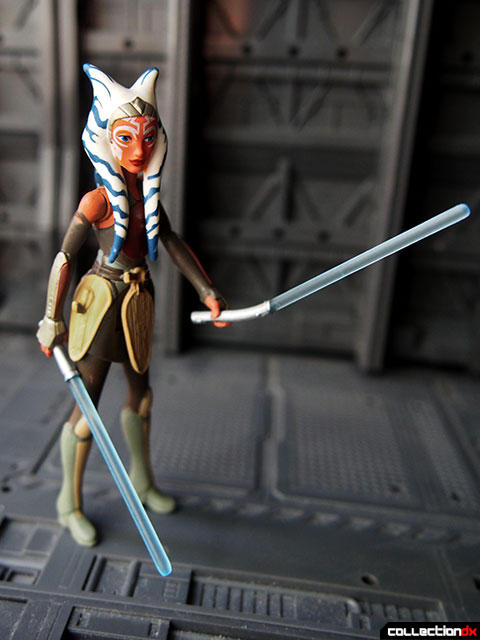 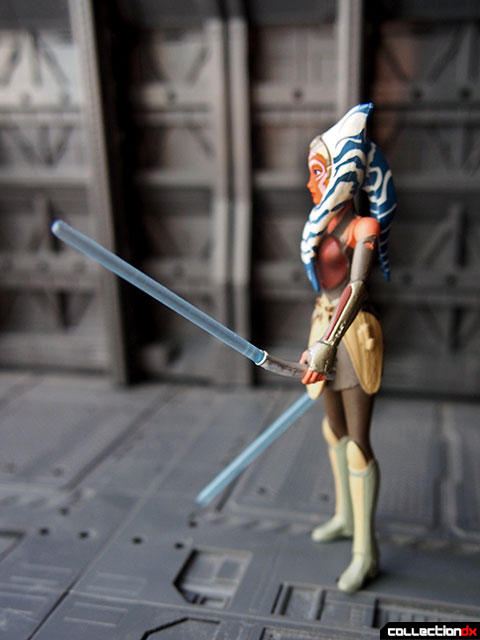 Also included is a Spinning Lightsaber Hilt. The figure can hold onto the handle in the center and both lightsabers can be attached and then spun. It's a cool effect, however with one handle bent it looks a bit odd. 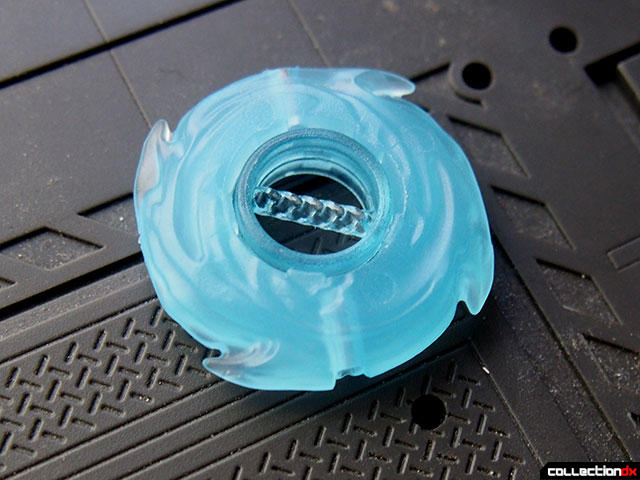 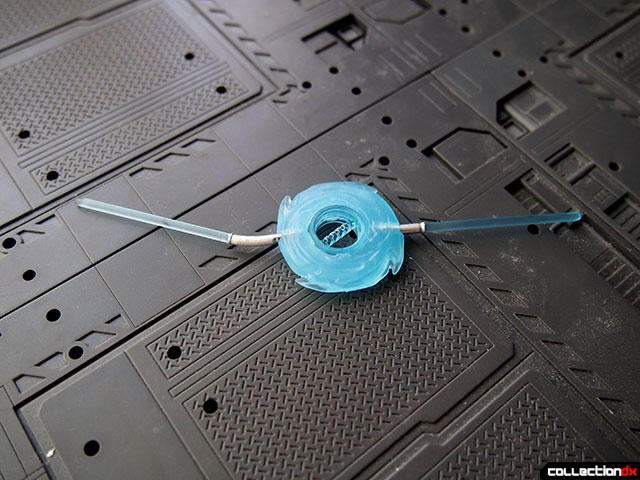 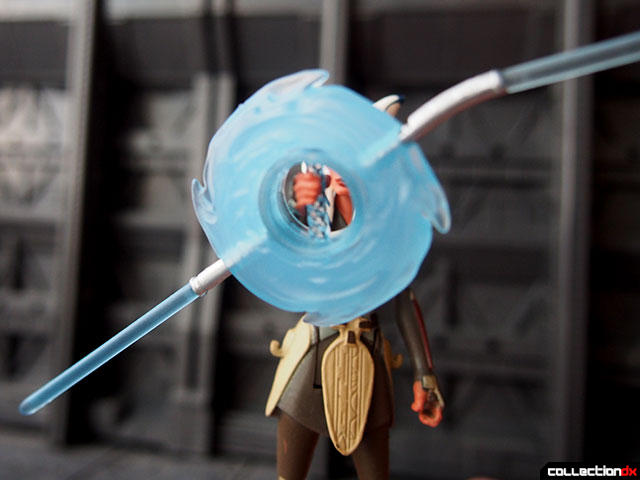 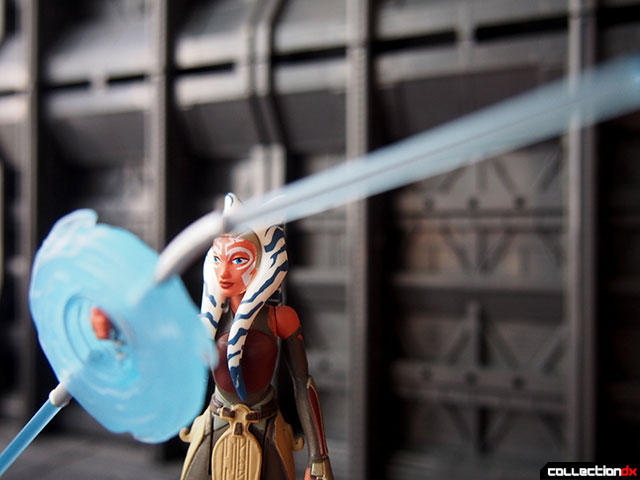 This set is worth it just for the Vader. While I don't collect many new 3 3/4 Star Wars figures, I couldn't resist this set.