For those unfamiliar, Carddass are a line of trading cards from Bandai dispensed in vending machines that covers a wide range of series. There are multiple types of cards, with characters, equipment and monsters and various stats such as HP and MP to be used as a card game that I have absolutely no idea how to play. I never bought any Carddass directly, but I do have a lot of nostalgia for them; trading many middle school lunch snacks to the Japanese kids who happened to have these cool looking cards with Gundam and Dragon Ball characters on them (Being Asian means superior lunches and much more leverage during lunch time trades). Sadly I was only ever able to get my hands on a few and there was never a lot of information for me to find them. Even now, there is almost no English information regarding Carddass unless you can read Japanese.

The Knight Gundam Carddass Quest series in particular is based on the SD Gundam Gaiden animation released from 1990-1991 with volume 2 featuring cards from the second episode “The Legendary Giant.”  This is actually the second time the SD Gundam Carddass line has been reissued to the best of my knowledge; the first was a few years ago as two boxed sets which now fetch quite a hefty price and for some amazing and unfathomable reason Bandai has decided to rerelease the cards again in 2015. While I am extremely grateful that Bandai has rereleased the cards at retail, they aren’t exactly the cheap, especially compared to traditional TCGs. A full box of SD Gundam Carddass costs 4320 yen, with 20 packs per box and a shocking 3 cards per pack. This puts each pack at 216 yen a pack for 3 cards, which is pretty expensive when a booster pack of Magic Cards is only 3.99 for 15. Part of this new pricing has to deal with QR codes printed on the back of each card which can be used to play the game online, but it’s still quite a premium for a piece of cardboard with pretty pictures. At least the overpriced Amiibo cards have an actual NFC ship inside of them. 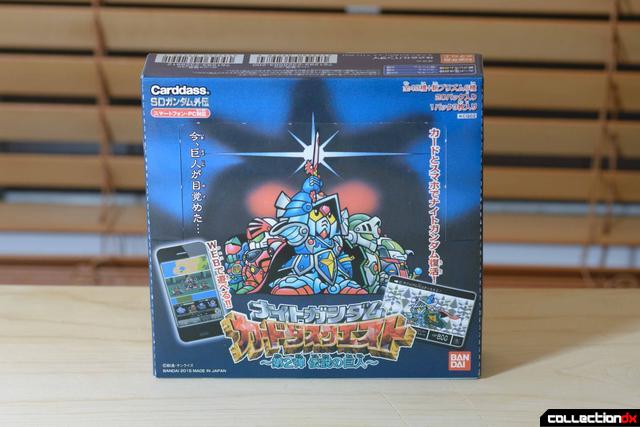 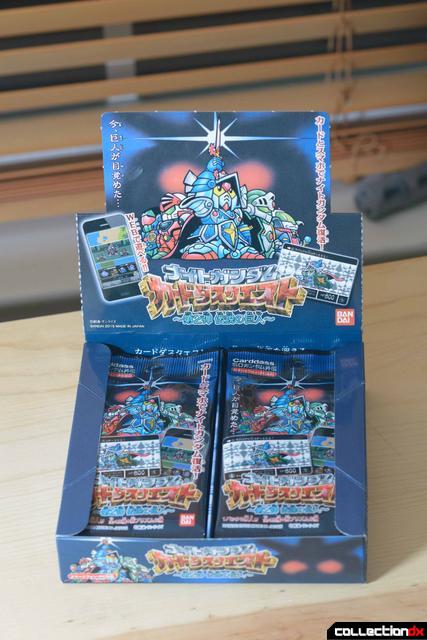 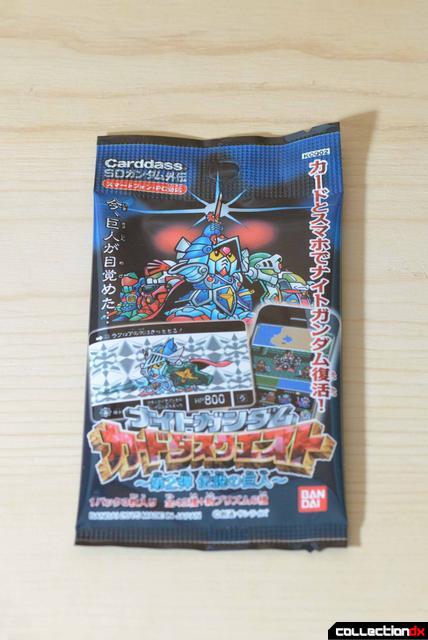 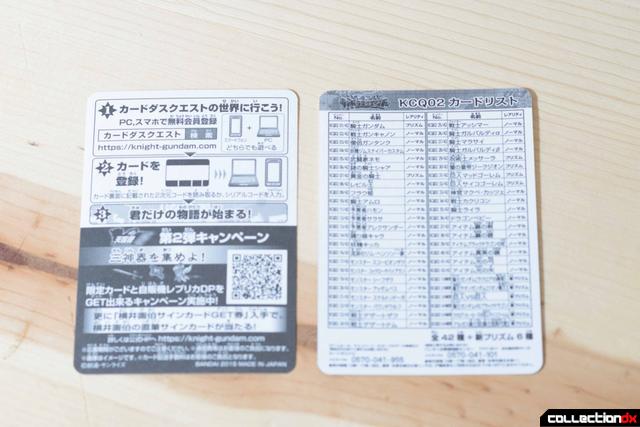 I was pretty shocked to see how small and light the actual box of cards was when I received them, and honestly a little angry. I knew just how few cards there actually were when I preordered them but it was still surprising to have them in hand. Inside each box are 20 packs of cards, with 3 random cards and a checklist card in each pack. There are 48 cards in total, 42 normal cards and 6 exclusive prism cards. To the best of my knowledge, the 42 regular cards are identical to the originals on the front, but the backs are new, with a QR code, stats and images compared to the plain text of the originals. The six additional prism cards are entirely new with cool new artwork. 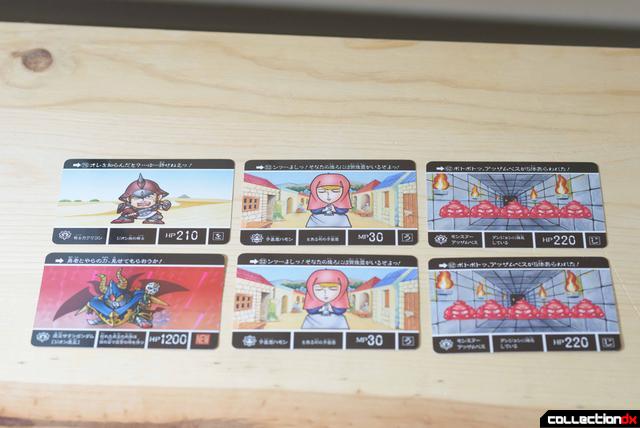 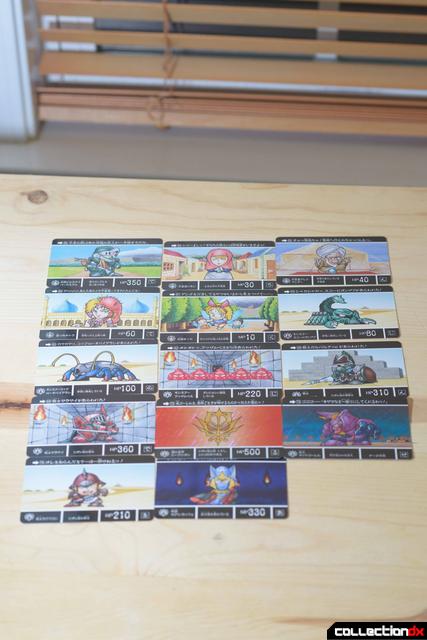 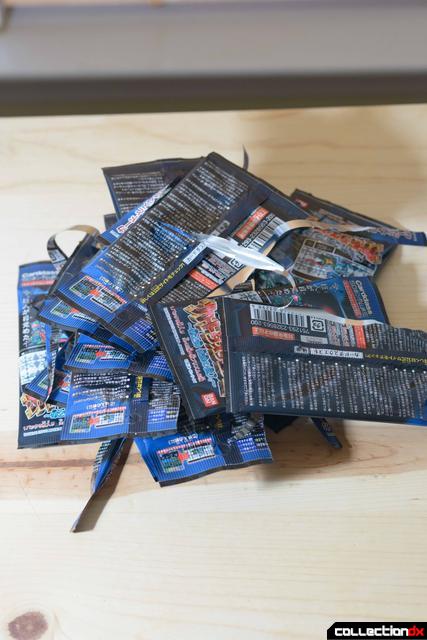 I ended up with 2 sets of duplicates from the first two packs I opened, and ended up with a total of 14 duplicates. Out of 60 cards in the box, I received a complete set of 42 regular cards and 4/6 prism cards. I’m very thankful that Bandai included a full set of regular cards in the box but it’s also going to drive me crazy knowing I’m only missing two prism cards now. 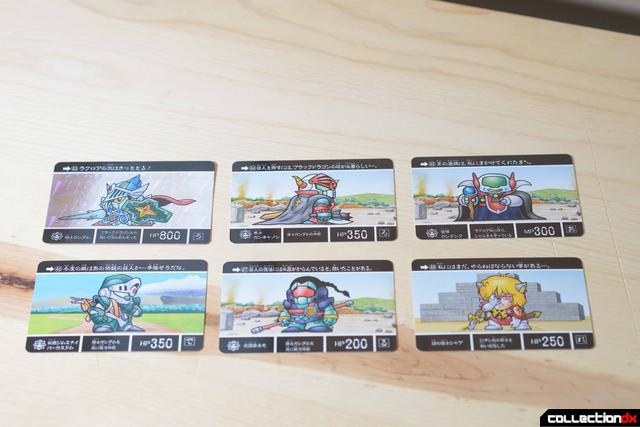 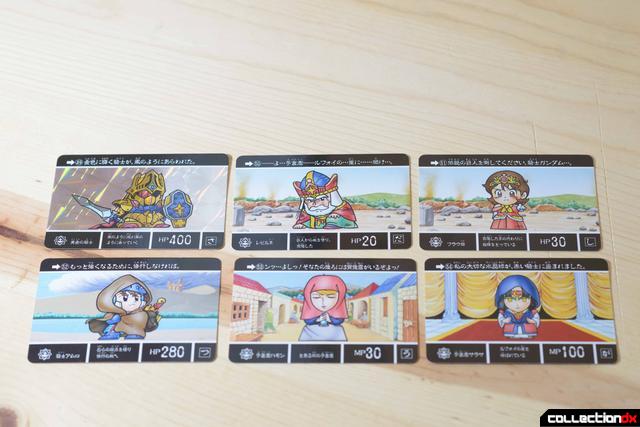 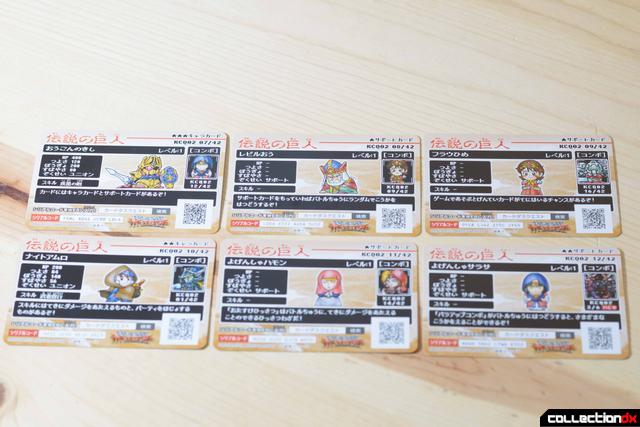 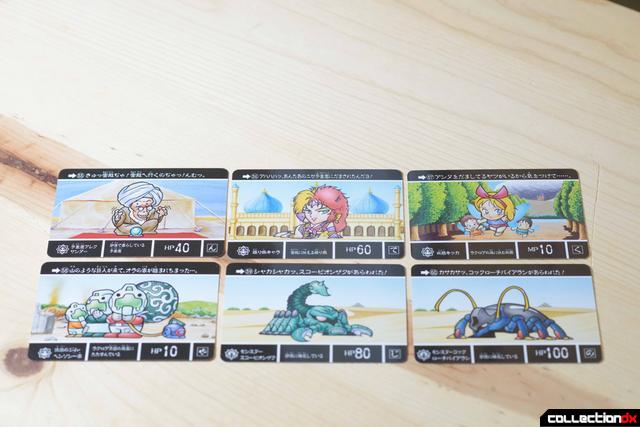 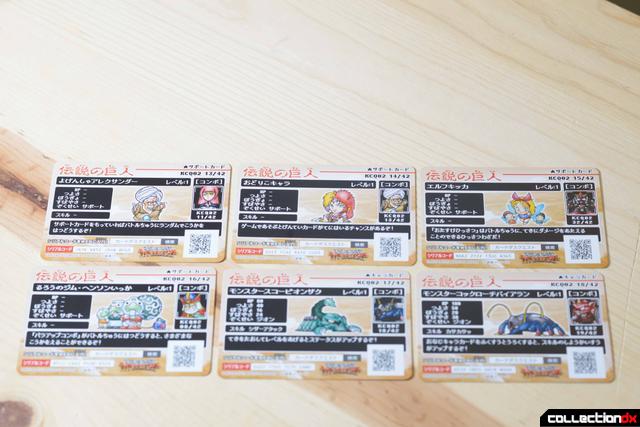 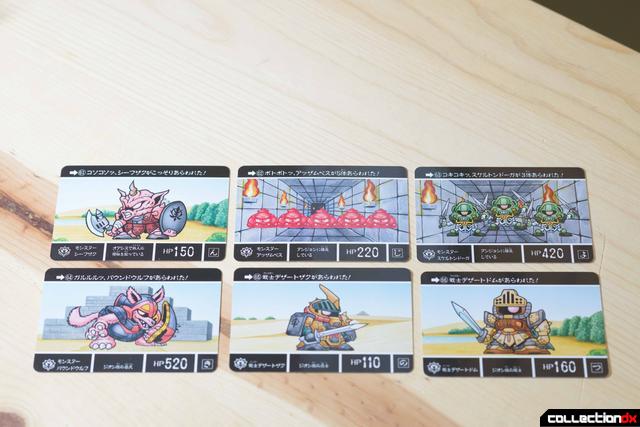 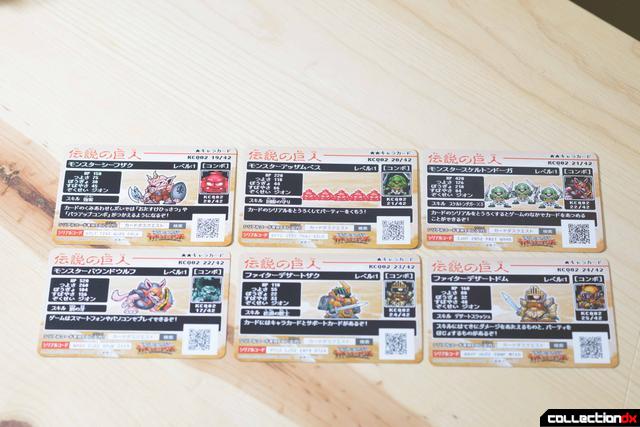 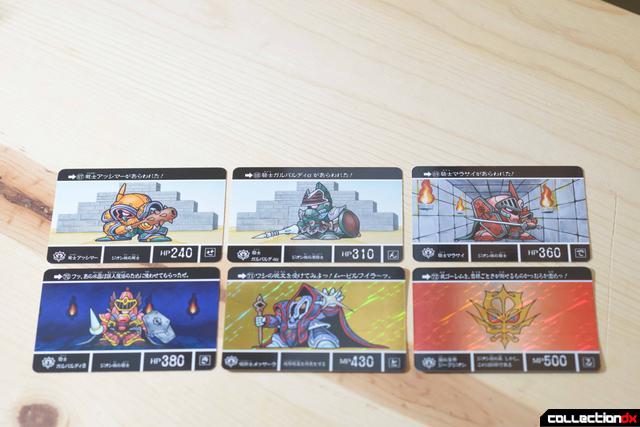 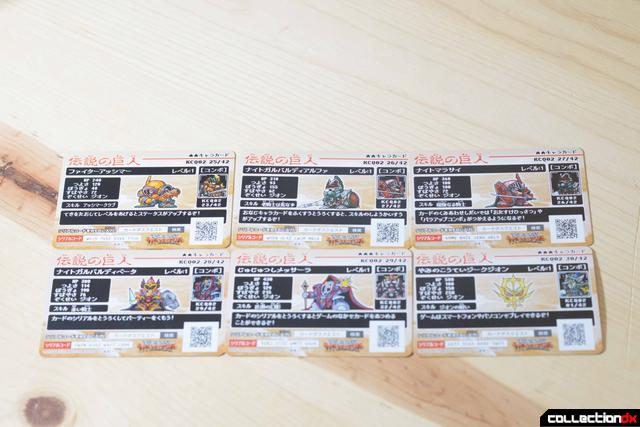 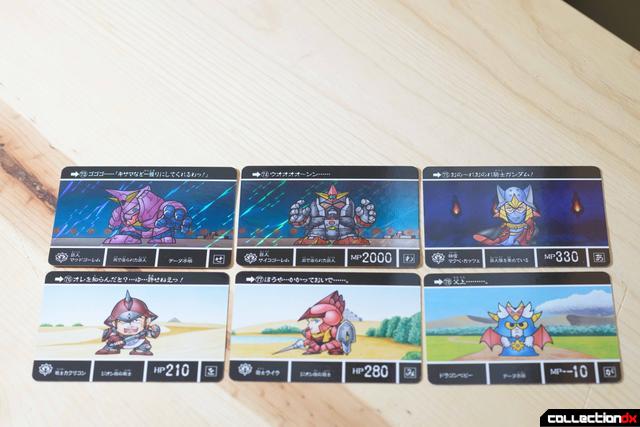 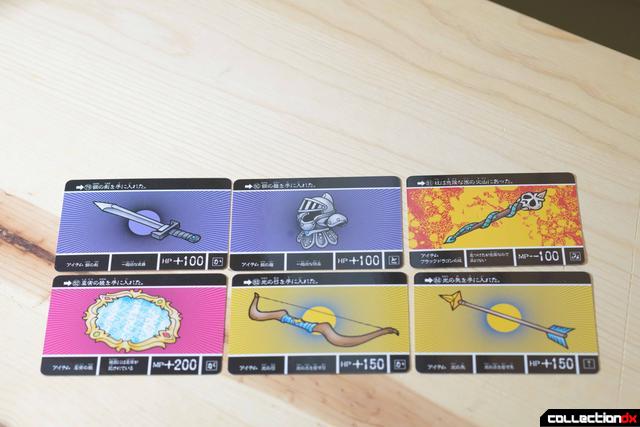 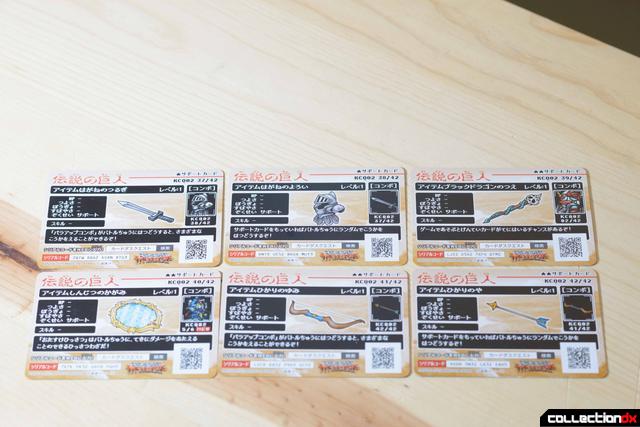 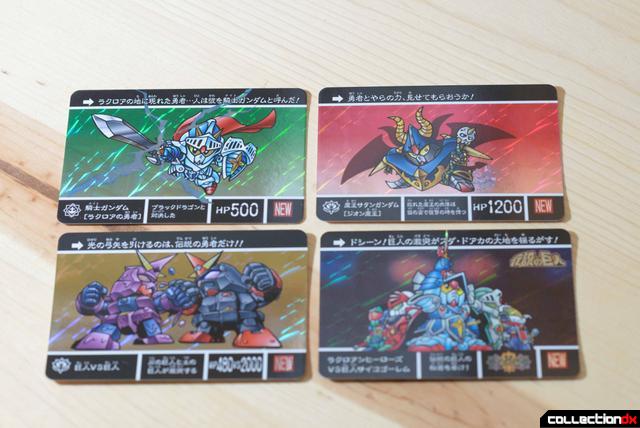 As a big fan of SD Gundam and the Gundam Gaiden OVA, I was super excited to be able to get a set of the cards at retail. For me, they are not only nostalgic but feature awesome artwork from a series I love. Even though they are still pretty expensive compared to other TCGs, the price is still reasonable considering the fact that you can get an entire regular set in the box. Trading cards aren’t for everyone, but I would highly recommend the SD Gundam Carddass to anyone that loves SD Gundam or collects trading cards. I already purchased Vol 1 but Vol 2 ended up arriving first