We all know Bossk as one of the Bounty Hunters amassed on the bridge of Darth Vader's Star Destroyer in Empire Strikes Back. He, along with the other Bounty Hunters, were hired to track down the Millennium Falcom. If you didn't know this already, should you be reading this site?

This particular figure of Bossk is part of the 6" Star Wars Black line, and in my opinion, one of it's finest entries.

Bossk's details are perfect. His space suit has all the random controls and hoses, his skin has a great texture. 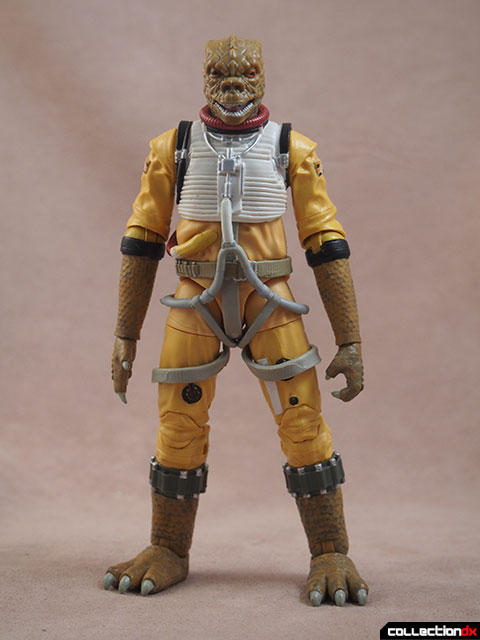 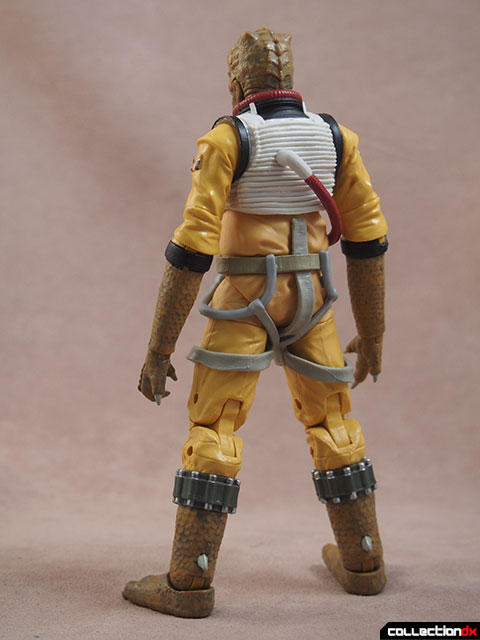 Bossk's only accessory, his Relby-v10 micro grenade launcher, can be slung over his shoulder. 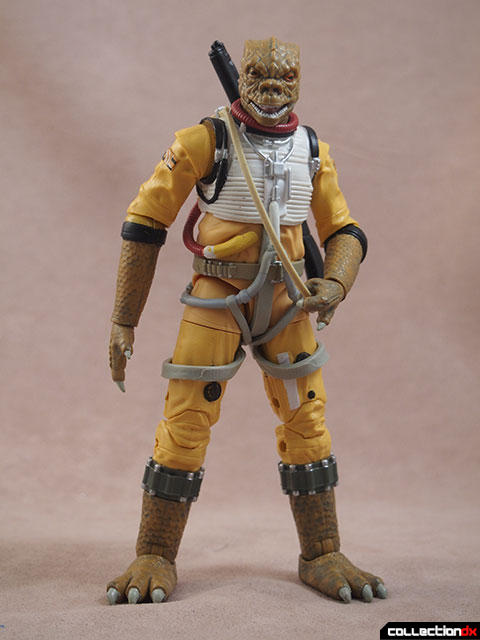 The gun can only be held in one hand. Who knew Bossk was a southpaw? 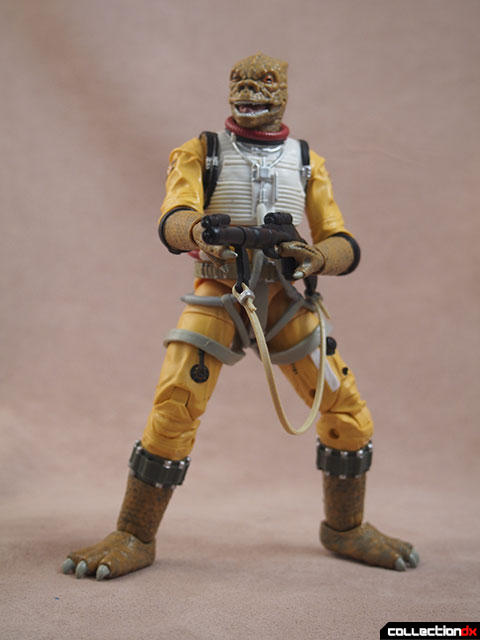 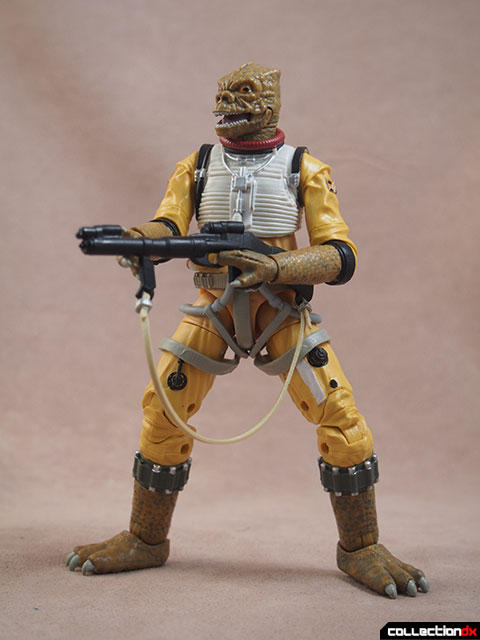 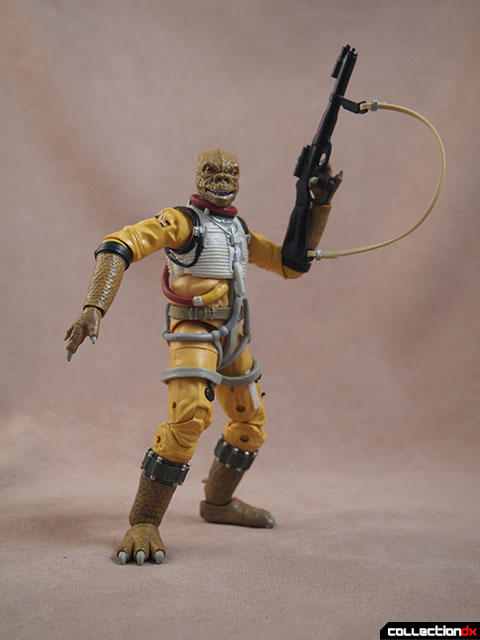 Articulation is the only area in which I have an issue with this figure. The straps on the flight suit greatly hinder the movement of the legs. But hey, he's got an articulated Jaw! 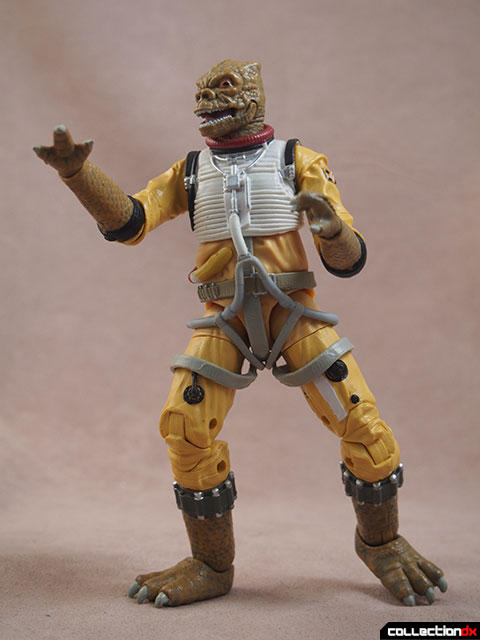