One of the questions I've had for Assault Kingdom since the early days has been the topic of transforming mobile suits. Would they bother doing them, and how would they acknowledge the transformation? Sure they did the Re-Gz previously, but that was a bit of a special case which also used extra parts with the BWS to function.

Zeta Gundam answers that question quite promptly: It doesn't. 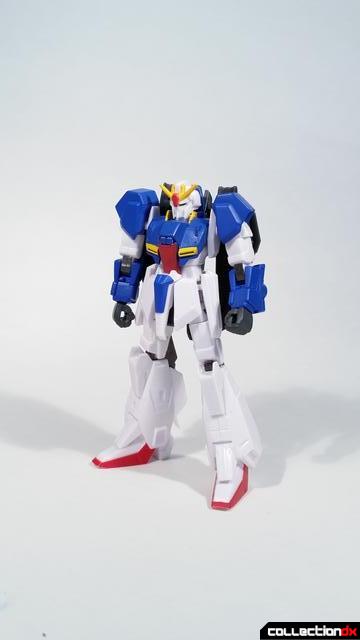 That isn't a bad thing though! Looking at the figure it looks quite sharp. Lots of sharp edges in the right places and a deliciously white plastic hue. 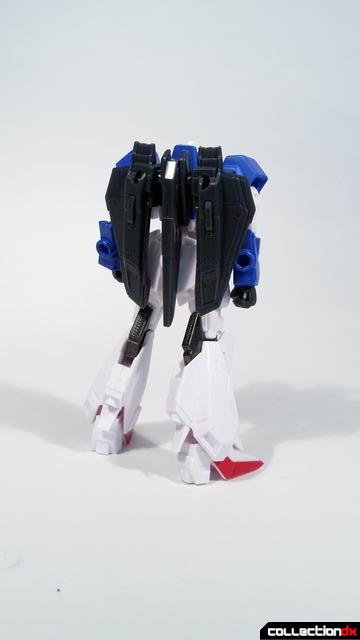 The back is unfortunately rather plain, but hey that comes with the candy toy price point. 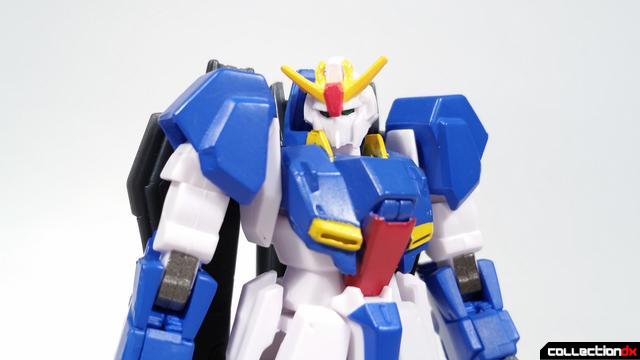 I'm impressed with just how clean the head looks. 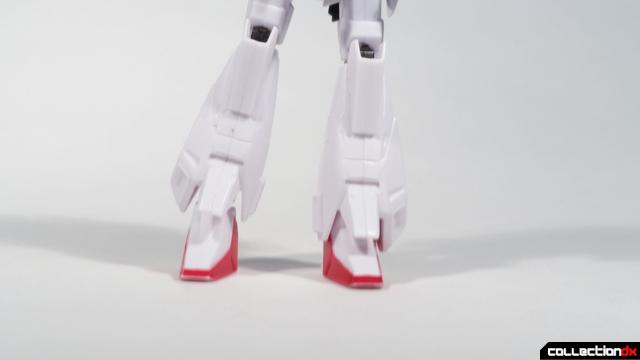 The Zeta Gundam marks a first in the line as the first Gundam design to feature the pull down ankle joints along with the swing out ankles as well! It's incredibly tight, and I didn't even notice it moved until I was taking pictures. 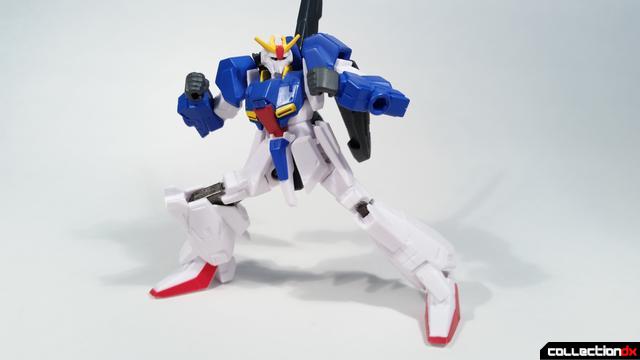 With this, the Zeta can take very dynamic deep stances. 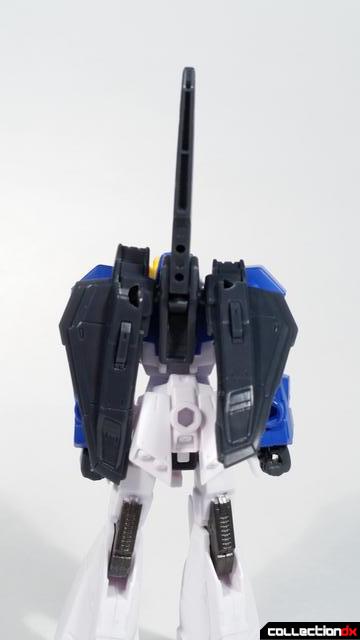 Even though it does not transform, parts of the back pack still move. Both wings are ball jointed and the main fin is on a swivel. 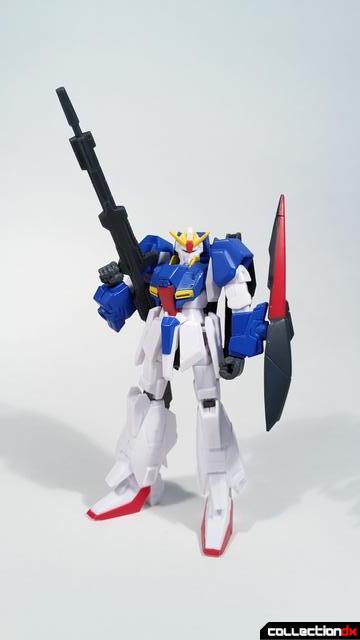 The Zeta Gundam comes with its signature beam rifle and shield. I do have to admit I love how weaponry from Zeta Gundam looks. They're all so sleek and covered with random wire bits. 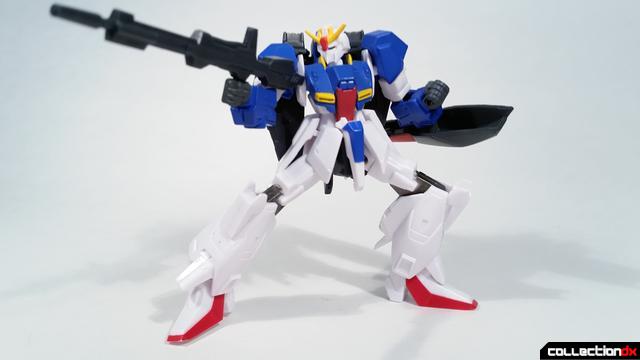 Zeta also comes with a beam saber as well. 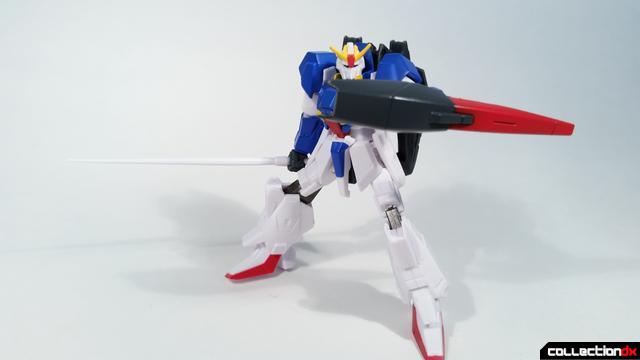 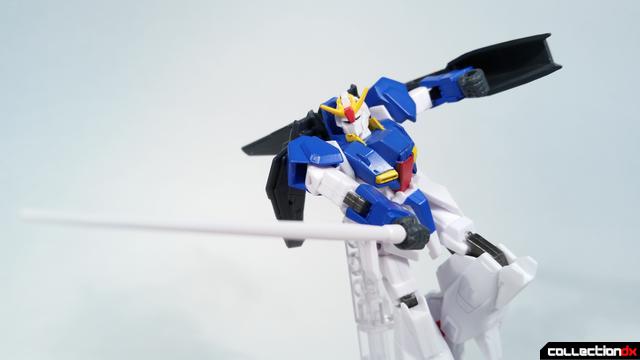 As an added bonus, a special beam saber blade is also included to allow you to use the Zeta's beam rifle as a beam saber! 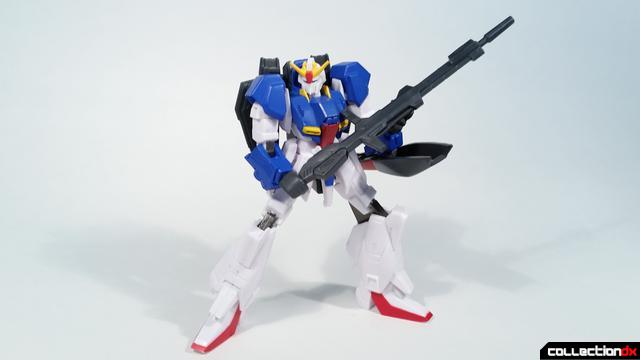 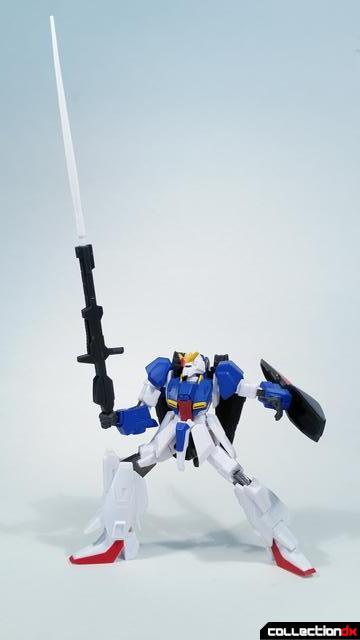 As a massively unwieldy weapon, this sword looks ready to cleave evil in two. 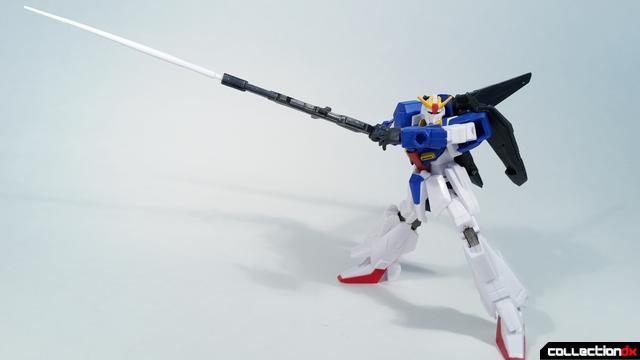 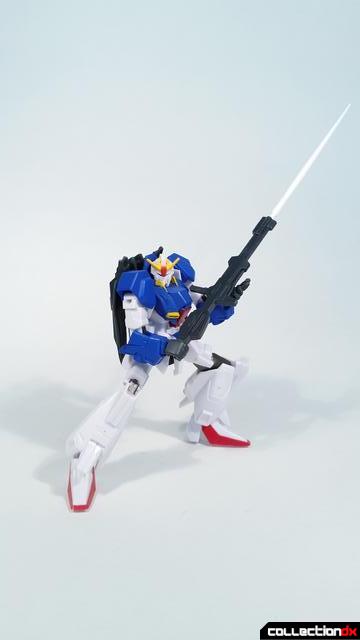 Objectively, Zeta Gundam might be the best figure in wave 6. It's one of the best looking figures in the line and is loaded with articulation and handy accessories. As long as you ignore the part where it doesn't transform, it's a great toy. 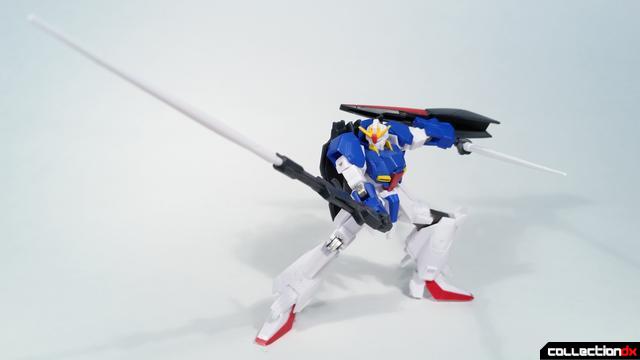