Next up is the Variblune, the first carrier vehicle from GoRanger. This flying dog-like vehicle was the very first Super Sentai base vehicle and it contains many of the same design elements that would carry over to its successor, the Varidorin.

As part of the boxed set, the Variblune comes in a nice small box with a clear window. It looks like a box for a much larger toy. Inside you get the Variblune and a LOT of accessories. 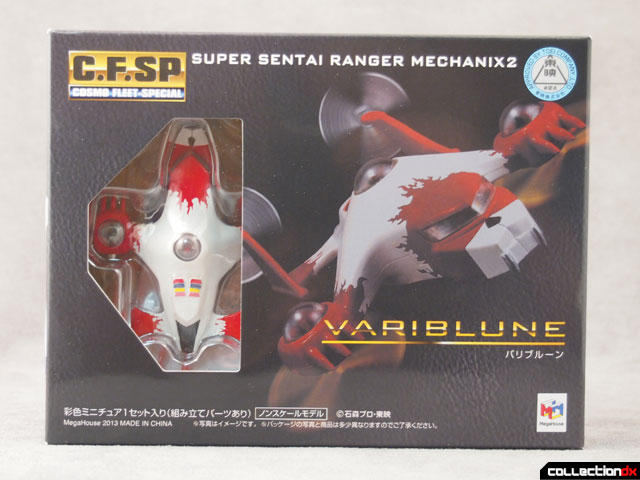 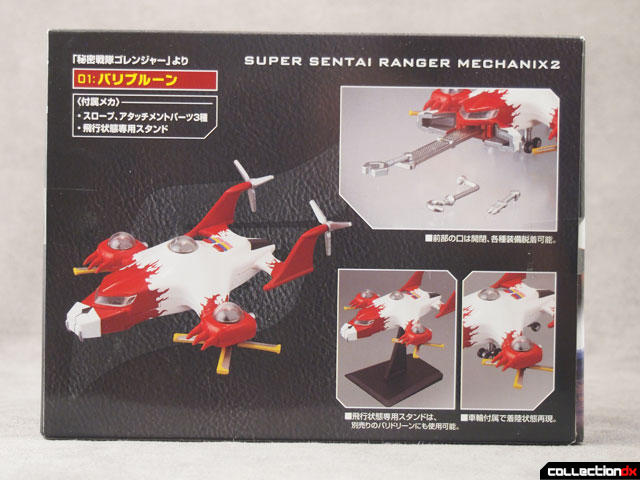 The ship comes with a two part stand that also includes a connector for the Varidorin. This view lets you get a good look at the spinning front blades and the stationary back blades. Both sets of blades need to be attached. 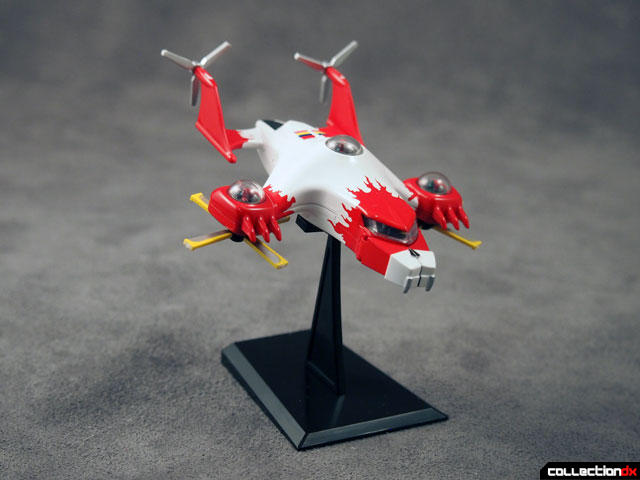 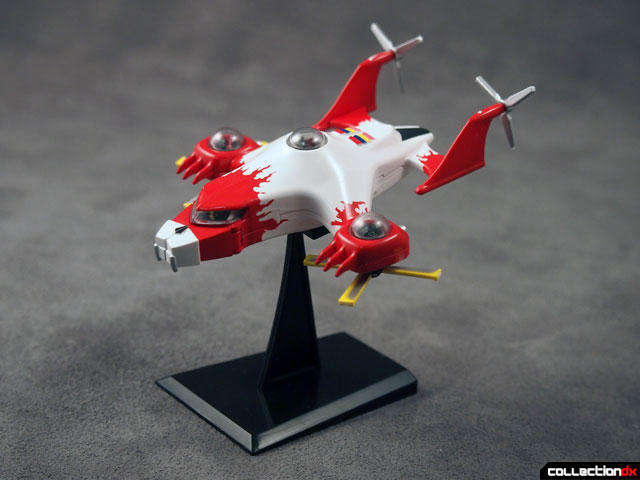 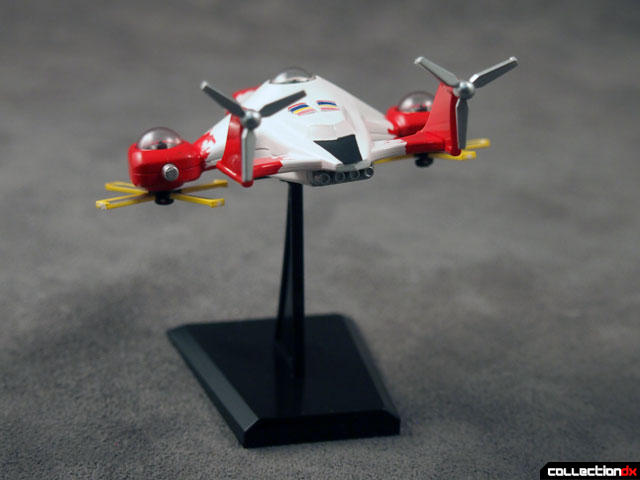 It looks most natural perched atop the stand but it also includes a set of landing gear. 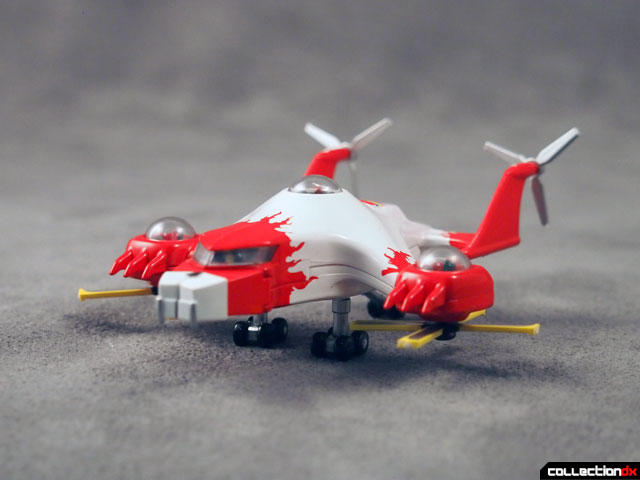 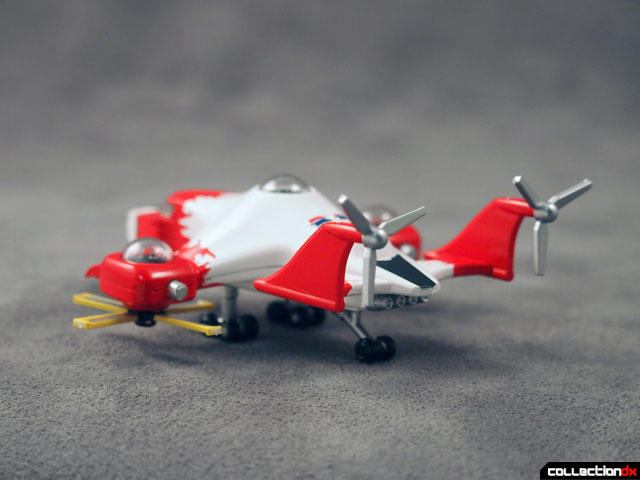 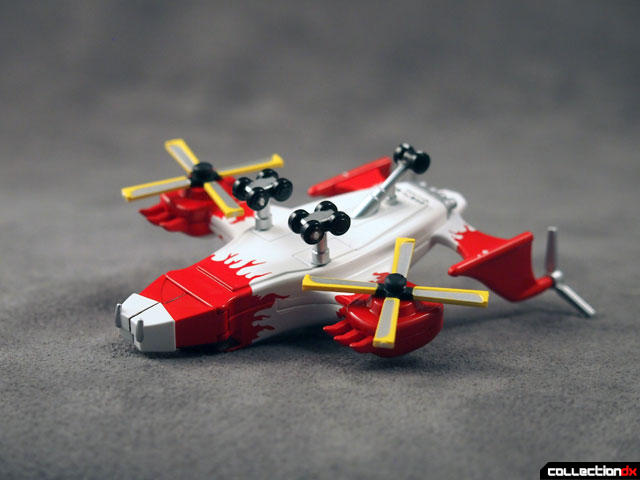 The front mouth of the vehicle can open and you can attach a segmented ramp which can have any one of three interchangeable accessories on it. 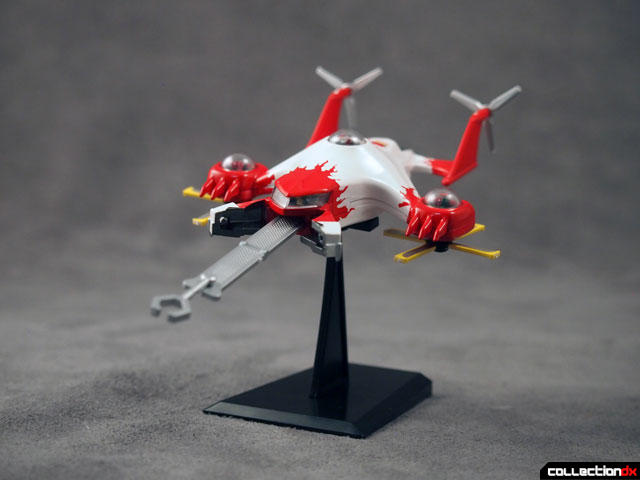 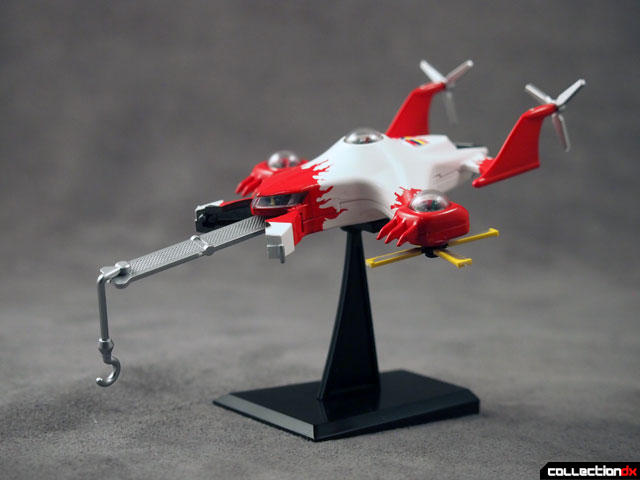 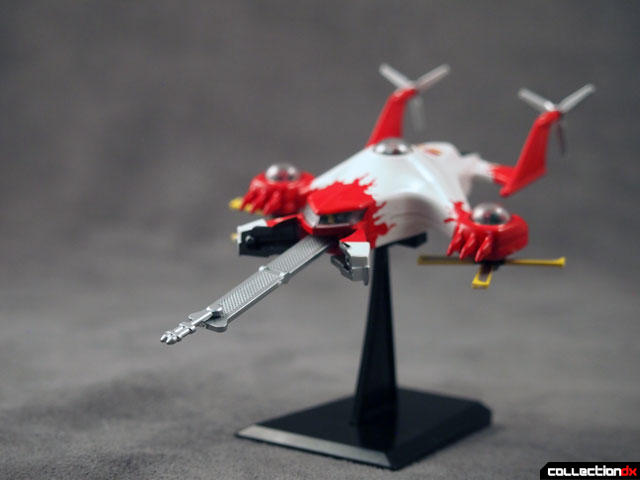 The Variblune would later make an appearance in Gokaiger where it actually combined with Gokai-Oh to make Goren GokaiOh!