Kamen Rider Agito’s final upgrade is Shining Form, which is one of my longtime favorite designs. I have yet to actually see the series, but Shining Agito’s twin swords and simple but eye-catching look makes it stand out amongst his brethren. Many years after the original Agito Figuarts, Shining Form finally received a much-deserved release. 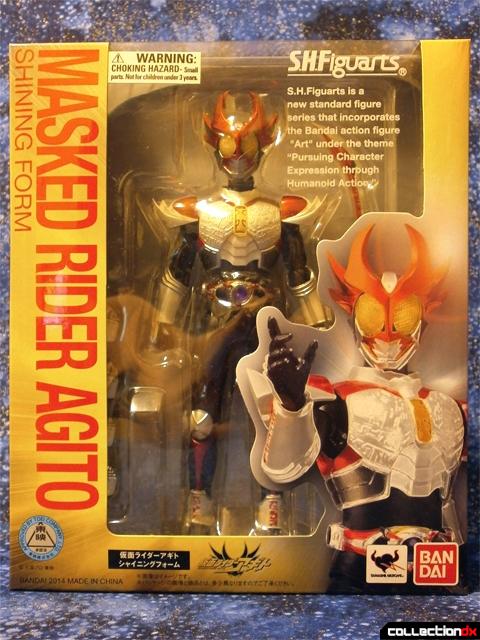 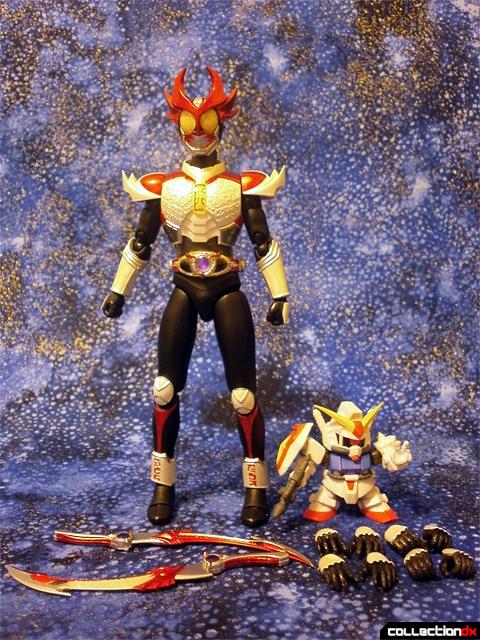 Agito comes with eight extra hands and his two swords. 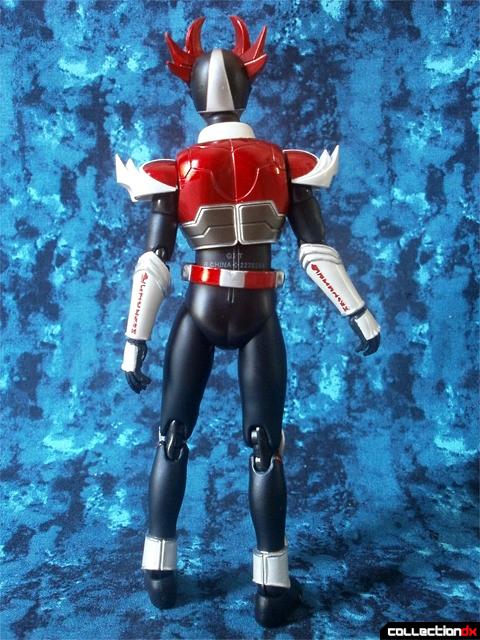 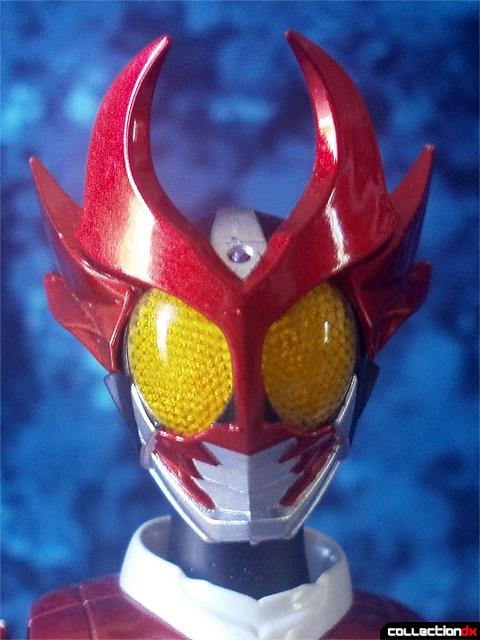 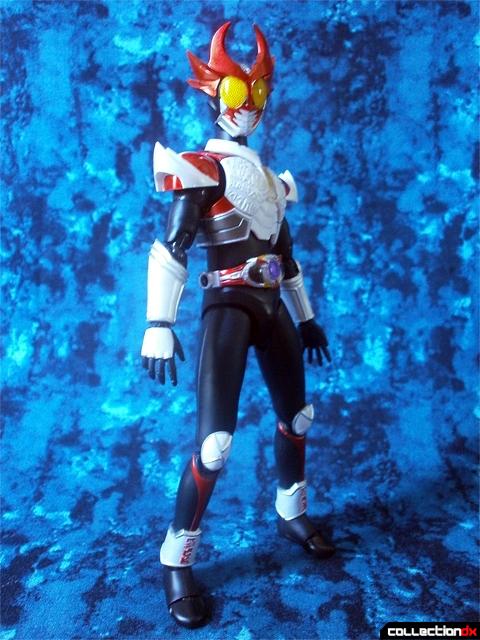 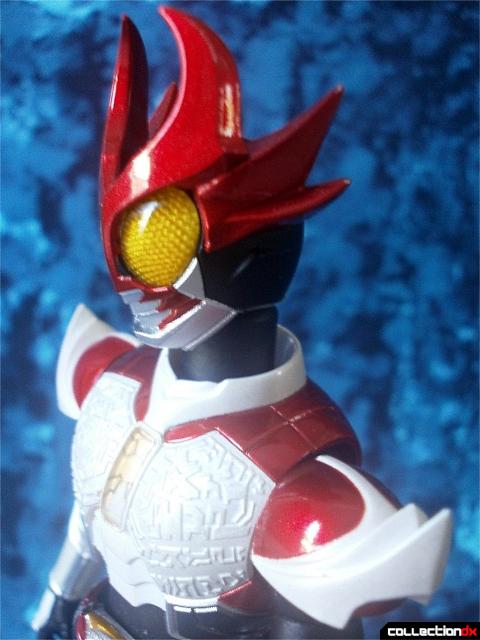 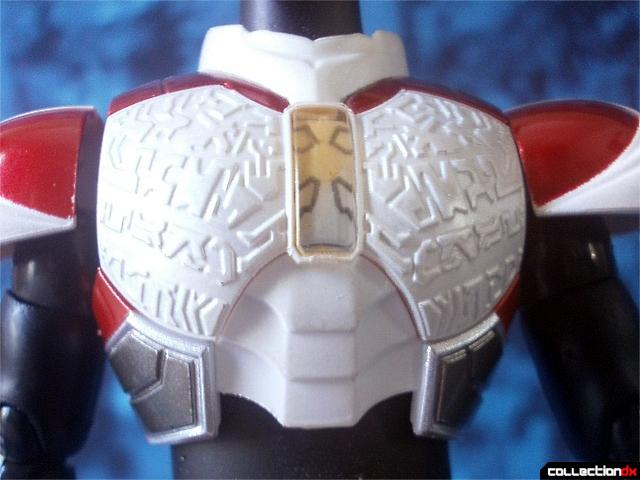 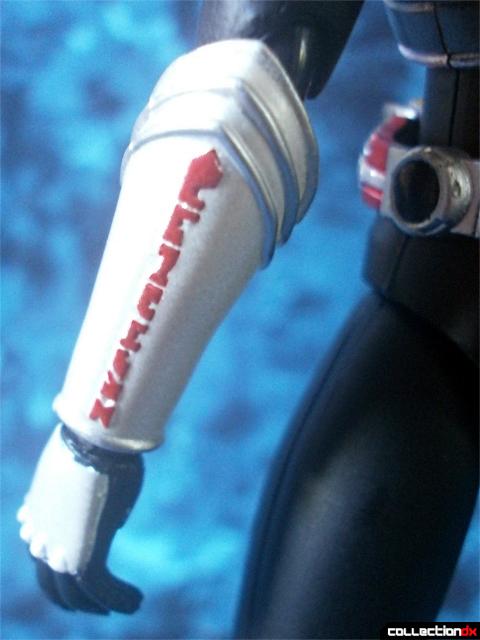 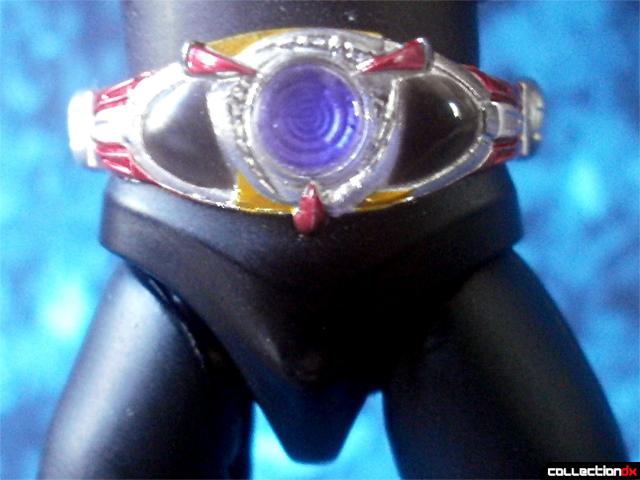 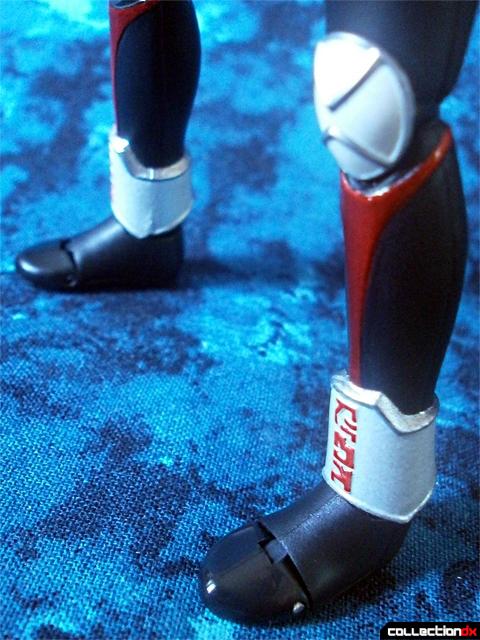 The first thing you notice about Shining Agito is his appropriately shiny paint. The figure lacks no detail in any department; even his crotch bulge is accurately depicted. 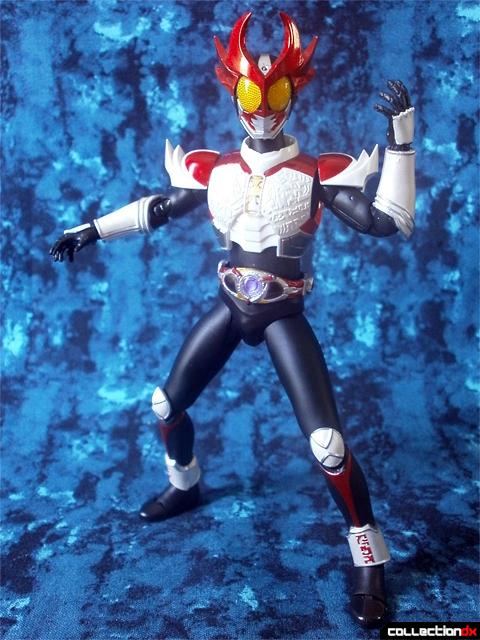 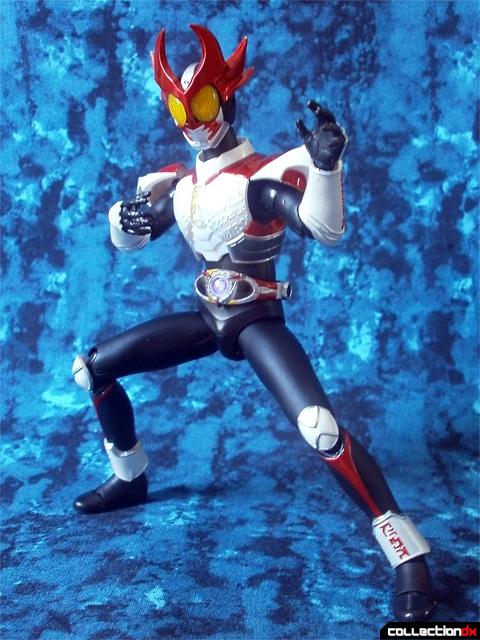 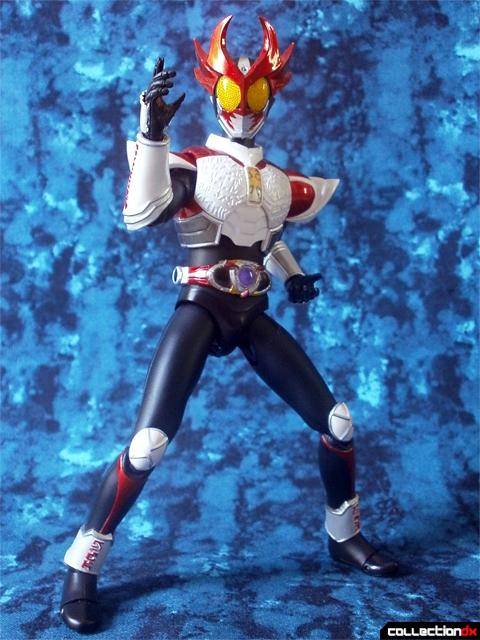 Action poses are not hampered by armor, Agito’s shoulder pads are on a movable ball joint in the shoulder so that the arms can be raised as much as necessary. The kneepads are similarly placed in the middle of the knee joint, but they do tend to fall off a lot. 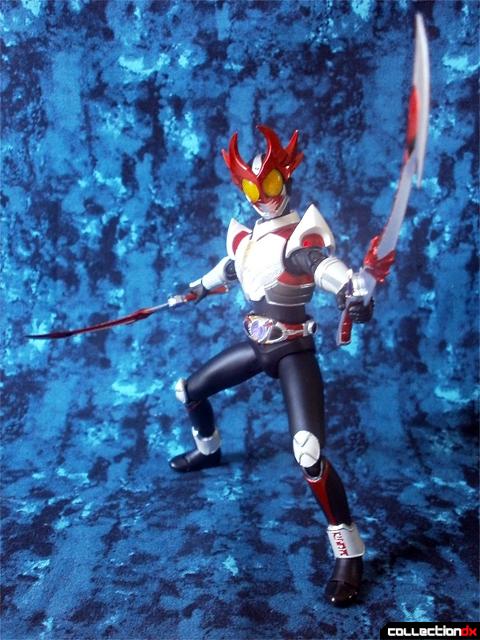 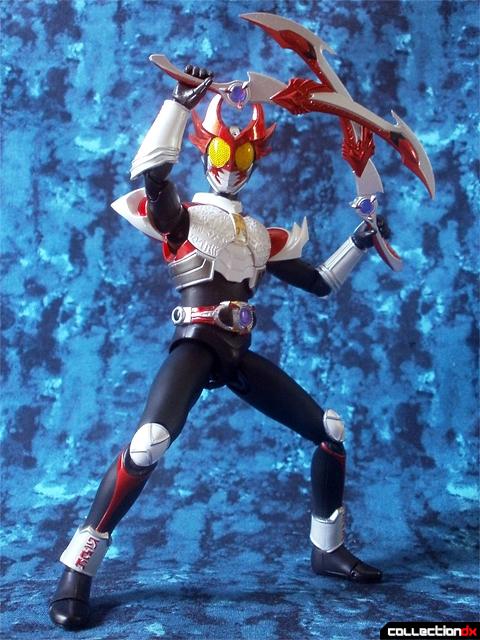 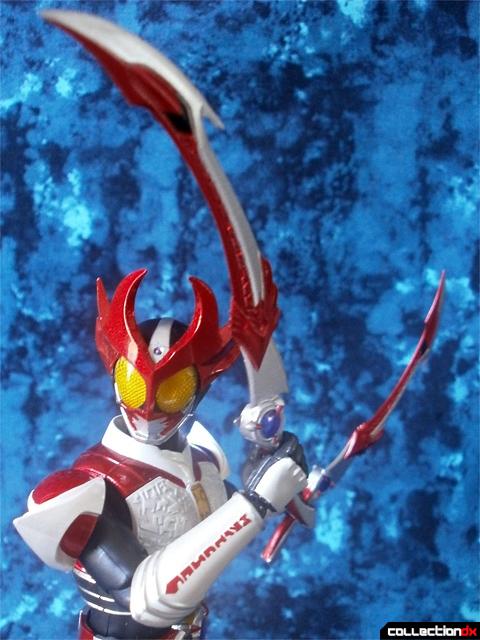 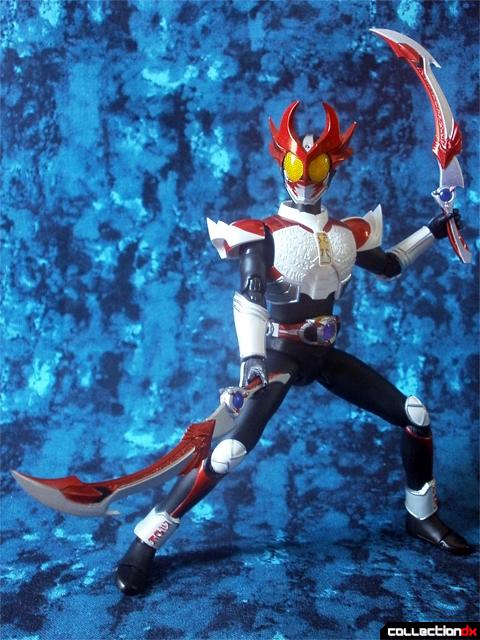 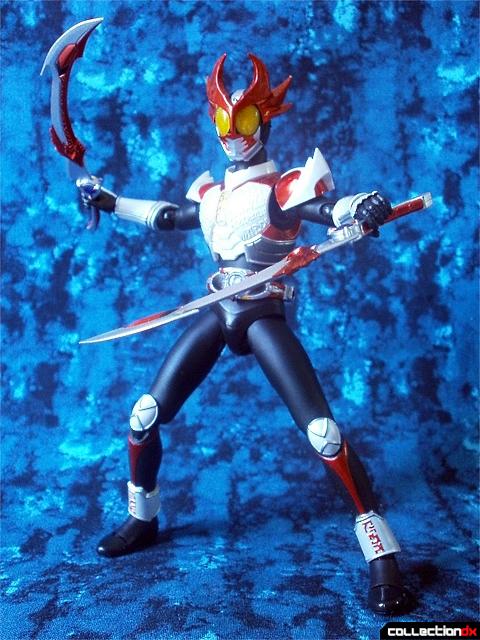 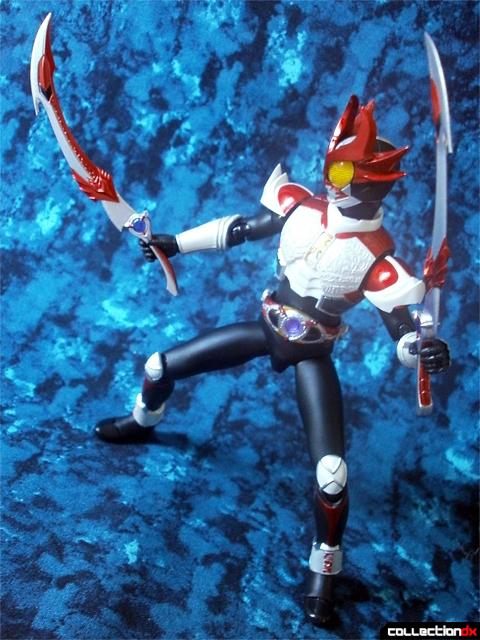 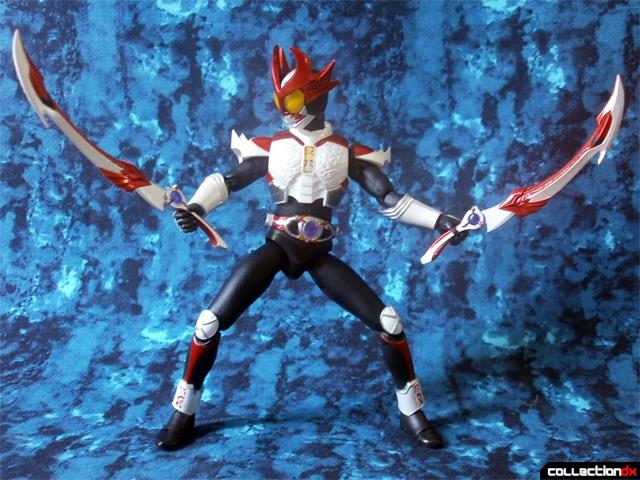 Many modern Kamen Riders have swords, but few of them have TWO swords, and Shining Agito looks great wielding them. 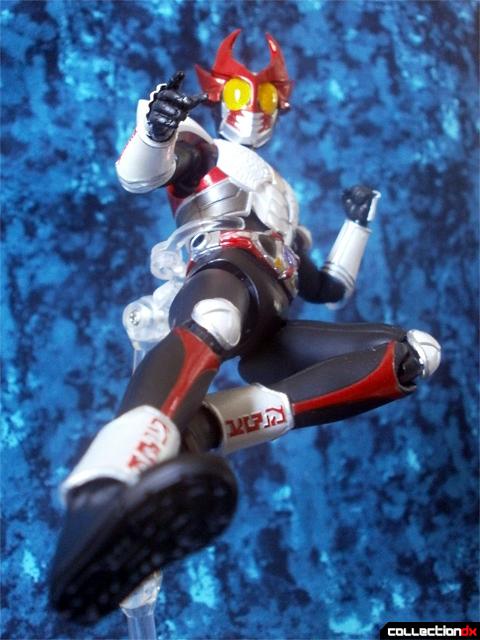 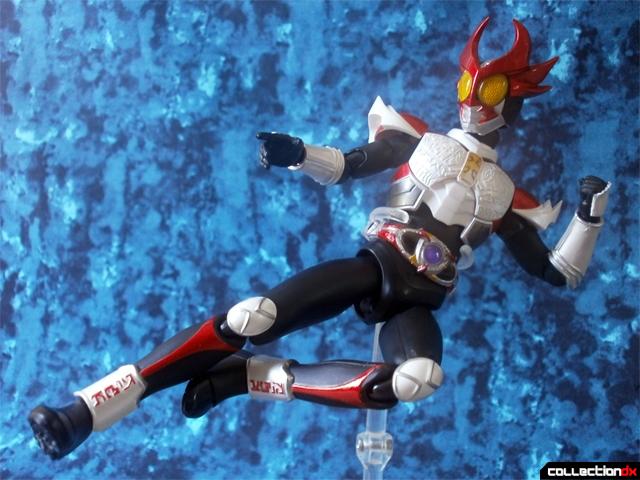 But the most important test of any Kamen Rider toy is seeing how well it pulls off the classic kick finisher. Shining Agito passes with flying colors.

S.H. Figuarts Shining Agito is a great figure, and at press time is pretty easy to find for half off or better. I’d absolutely recommend any Kamen Rider fan to add one of these to their collection.