While my feelings have been mixed about the Black Series from Hasbro, I actually really like the Sandtrooper. And this figure is what nails down what I DO like about the line. I really seem to like the non-human figures in the line much better. What I mean by that is figures without human face sculpts or exposed flesh. This is because I don't think the Black Series is capturing the actors likeness very well, and I think the joint system fares much better on armored figures than not.

This Sandtrooper is the first version released in the first wave of the 6" Black Series (With the black/orange package). The package itself is unremarkable.

Included in the package is the figure, backpack and three weapons: A blaster, heavy blaster, and light repeating blaster. His construction is largely PVC with the pin-hinge style joints that is standard for the black line.

The orange pauldron denotes that this is a squad leader. Later releases would have just a black pauldron.

The figure just looks awesome. Stormtroopers and Sandtroopers are slightly different, and Hasbro did a good job capturing the differences. Here he is holding the DLT-19 Heavy Blaster Rifle. The ample arm articulation allows him to hold the weapon with both hands. 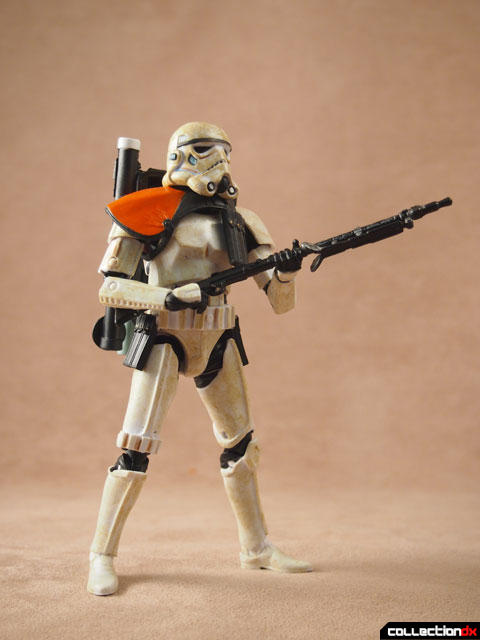 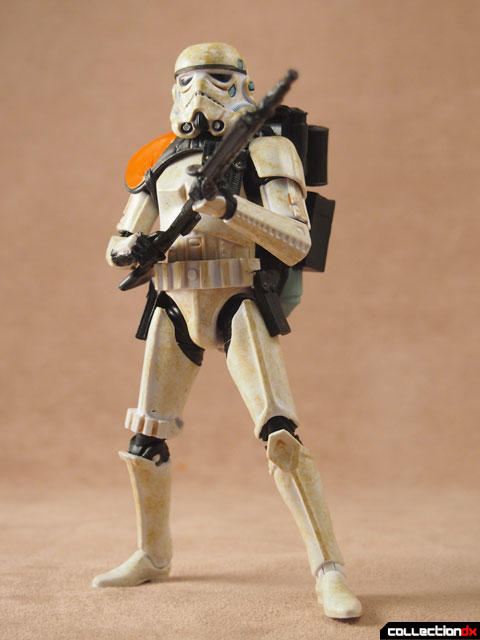 The pauldron is a separate piece that can be removed once you pop off the head. The Backpack is also removable and many have noted that it sits a little high on the back. It secures via a peg and is easily removable. 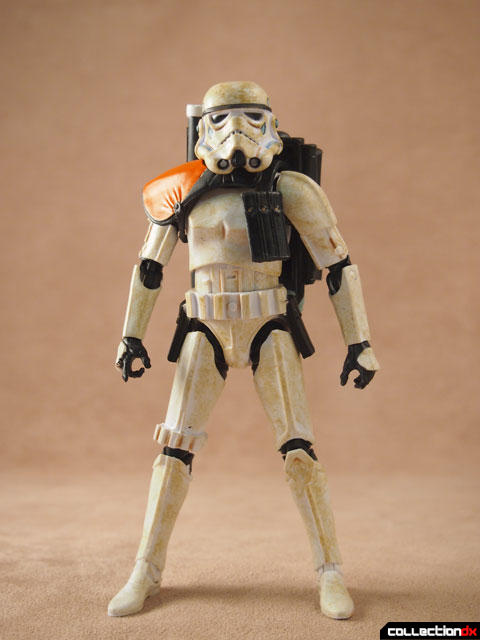 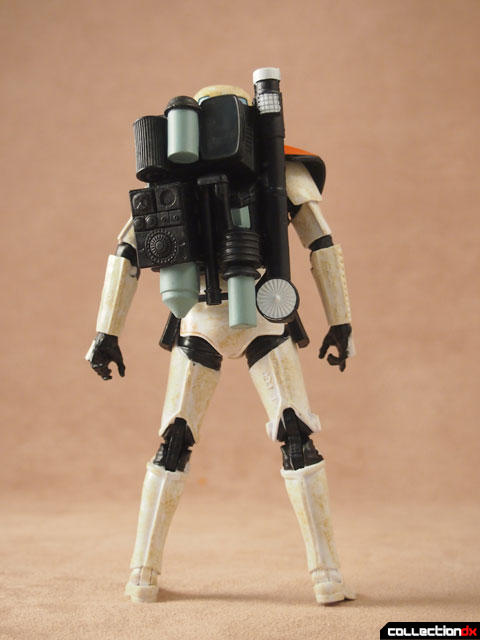 Here's the trooper without the backpack on. 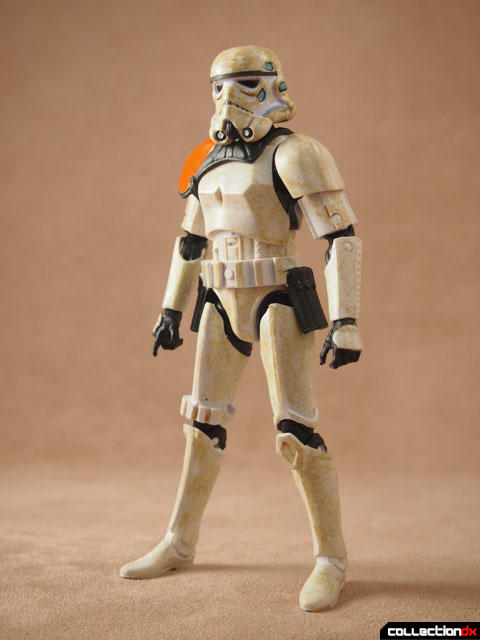 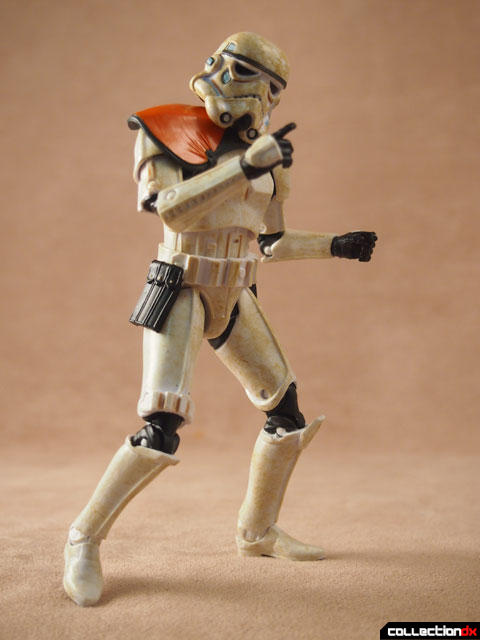 And here he is without the paldron. This Sandtrooper has a nice wash over it that gives it that well-worn look. Without the armor you can see the slight differences between this and the Stormtrooper, most notably the different belt and different detailing on the torso armor. 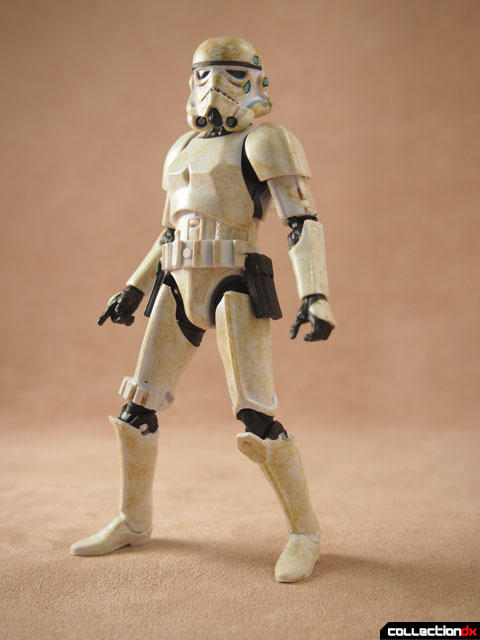 Note the black pouches on the belt and lack of canister on the back of the belt. 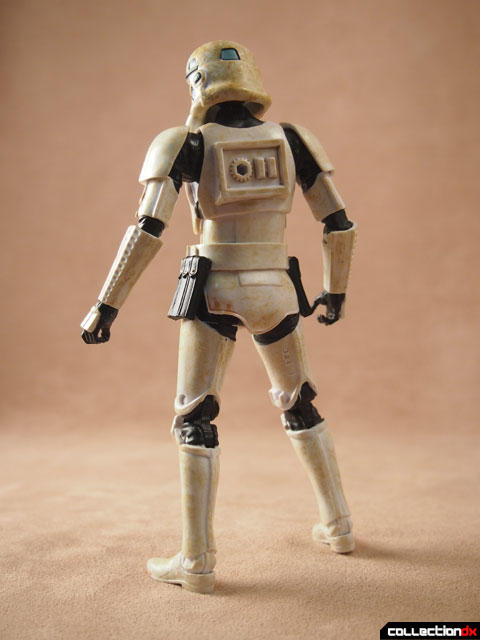 He can ALMOST pass as a Stormtrooper holding his E-11 blaster rifle. 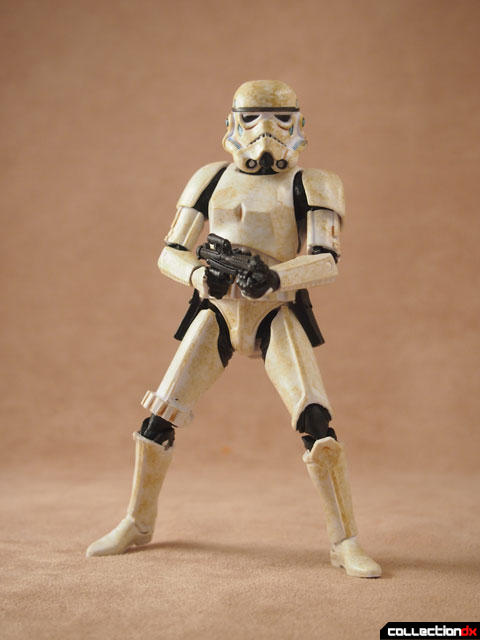 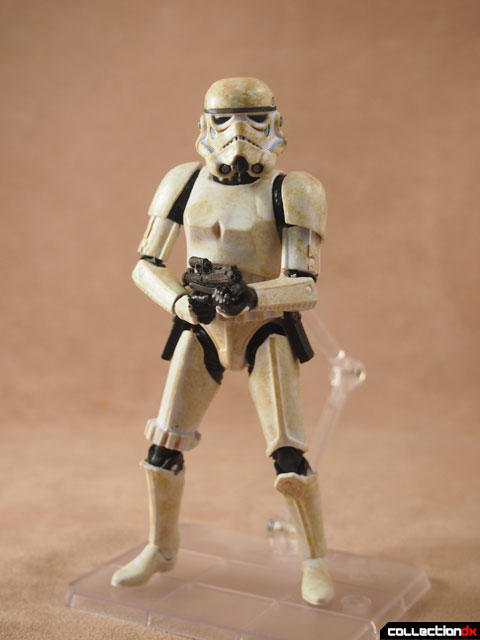 Fully armored he gets a little back heavy so I have used a Tamashii Stand to help prop him up. Here he his holding his T-21 Light Repeating Blaster. The strap enables him to wear the gun over his shoulder. 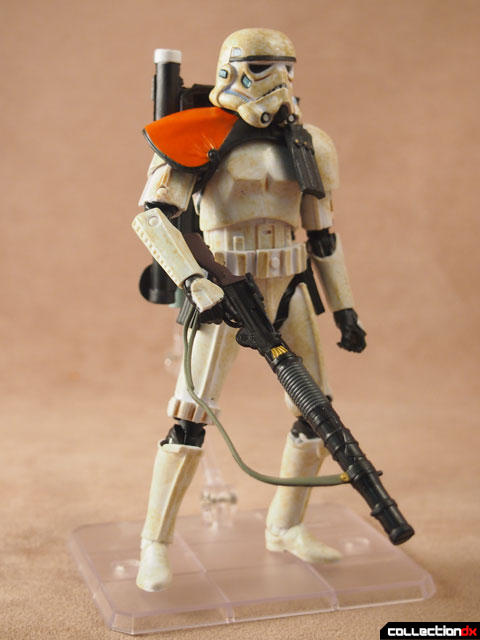 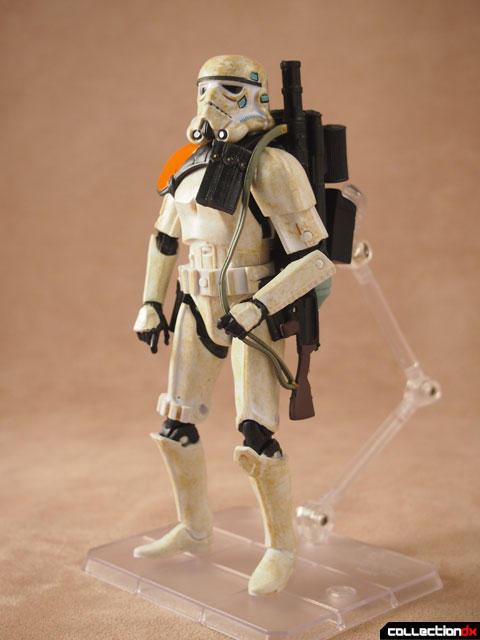 Overall, a fun figure. You don't see the squad leader as often as you do the later releases. He's worth picking up. 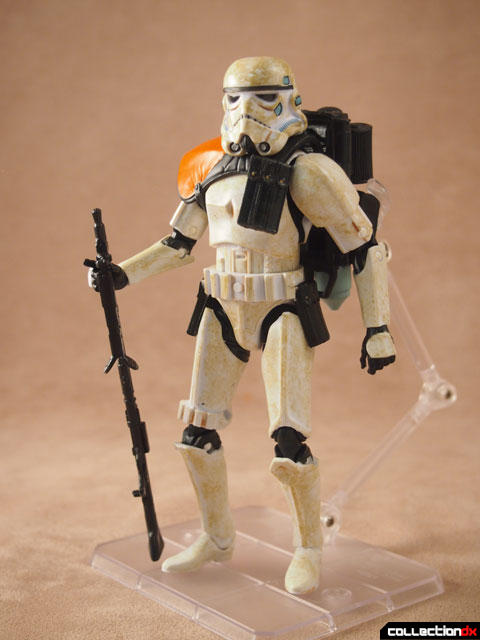 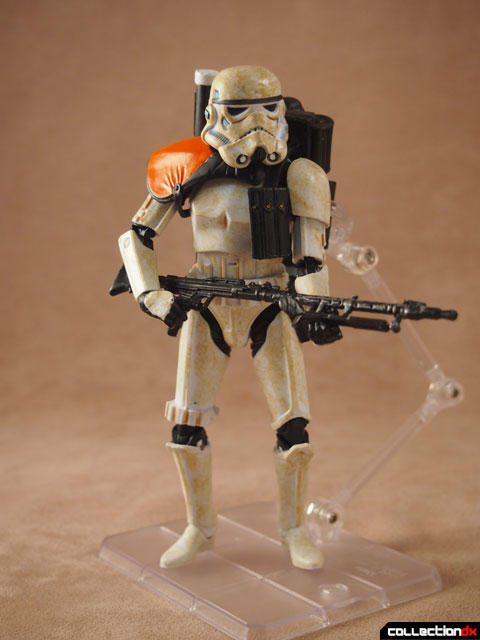