The gist of this is that in the 2003 movie Godzilla: Tokyo S.O.S., Kiryu is repaired after the battle in the previous film, Godzilla against Mechagodzilla. The repaired Kiryu features upgraded weaponry and details.

The toy shares most of the same body components as the earlier Mechagodzilla release. The body is a mix of ABS plastic with some die-cast parts, most notably the feet.

Being a Tamashii Web release, the box lacks the transparent window that accompanies retail releases. 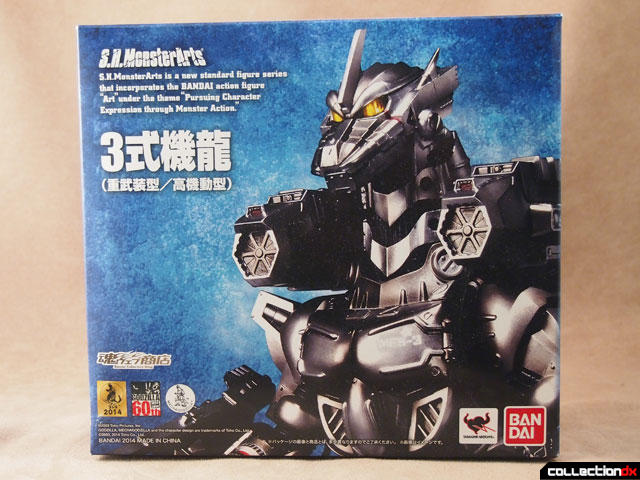 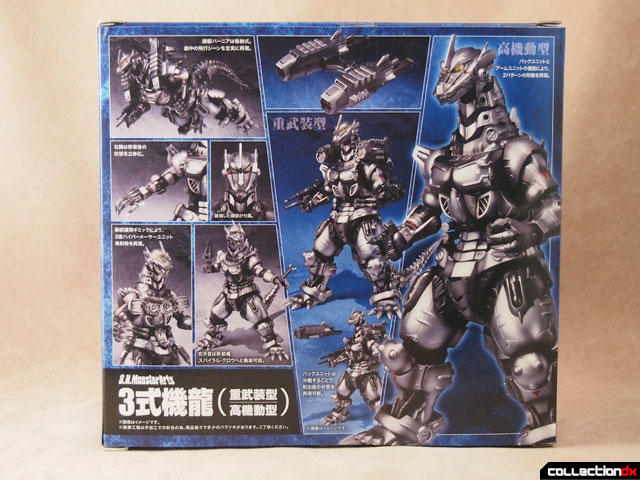 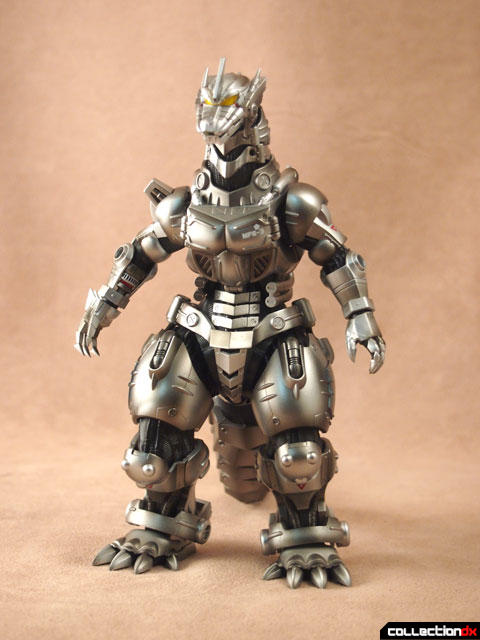 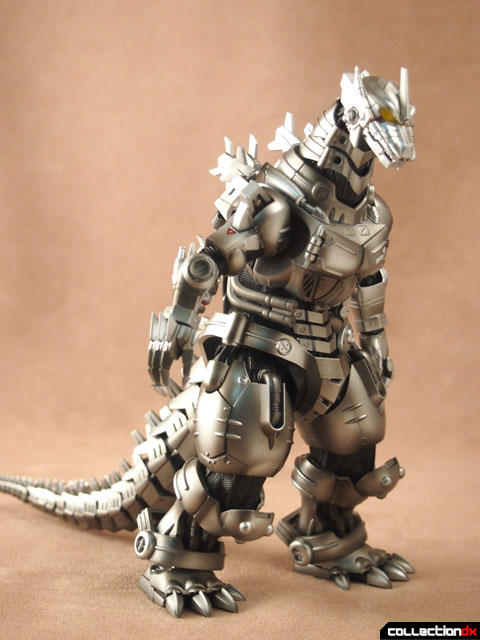 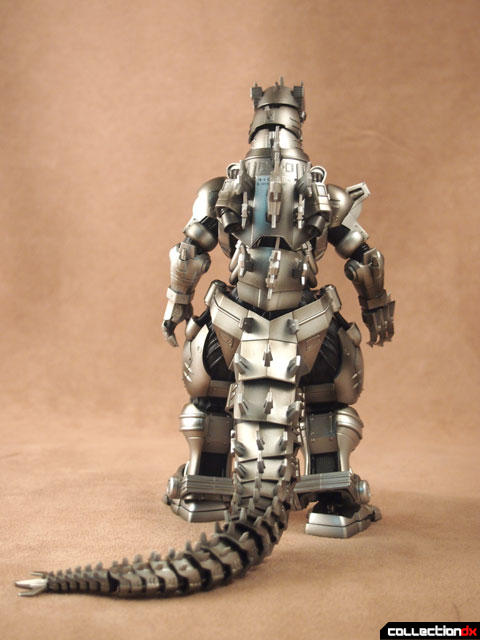 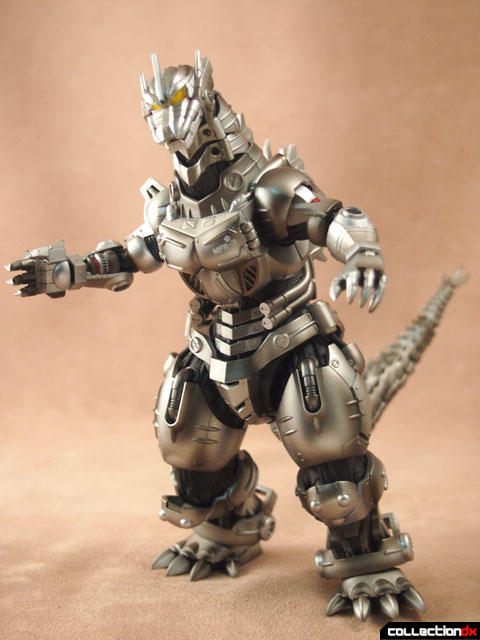 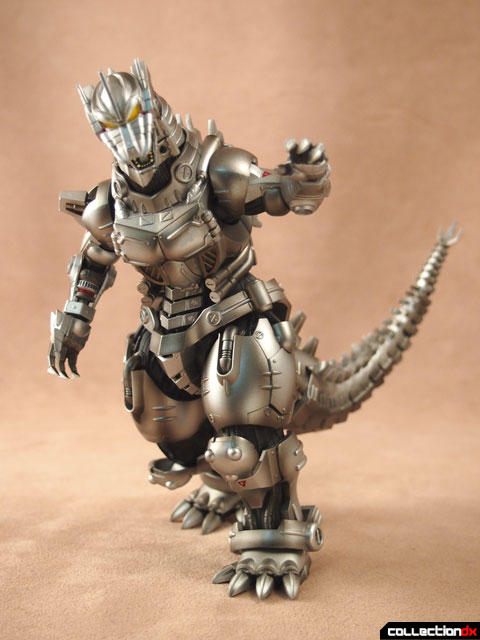 The first change you notice is that the right arm has been remolded with a newer, larger hand. The new arm sports exposed mechanical detail. 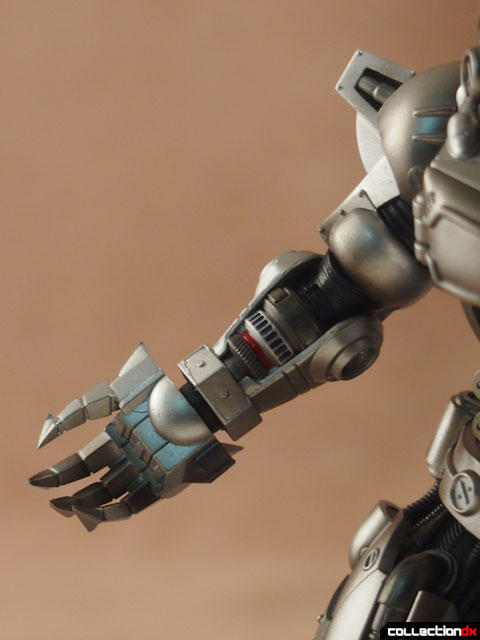 The Absolute Zero cannon has been replaced with a Hyper Mazer Cannon. 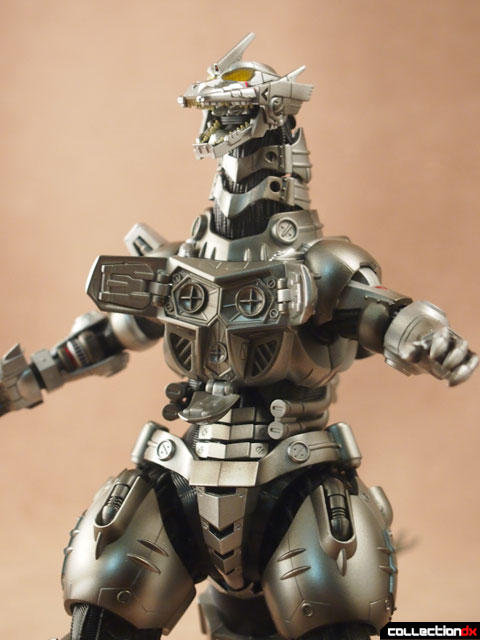 The base head remains the same as the original, but now includes a second damaged head. 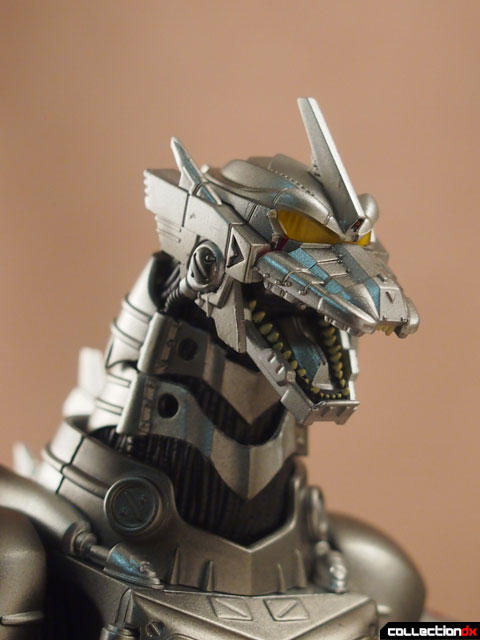 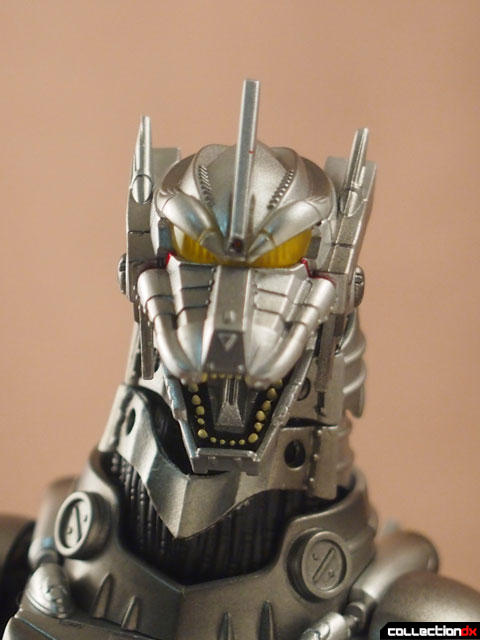 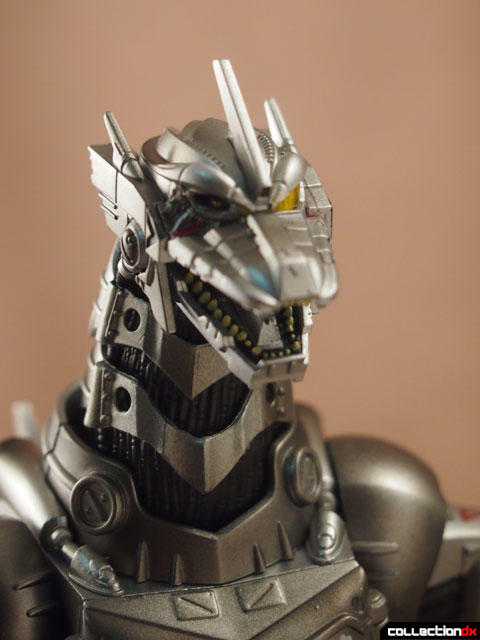 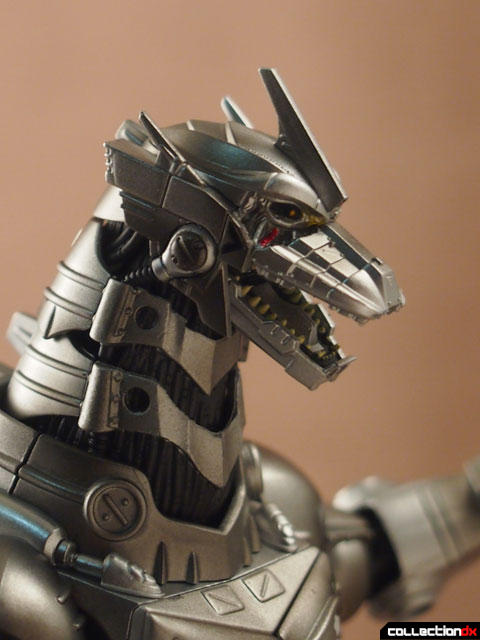 The right hand can be swapped out with a drill. I like how the pegs remain in the hands as opposed to the arm. 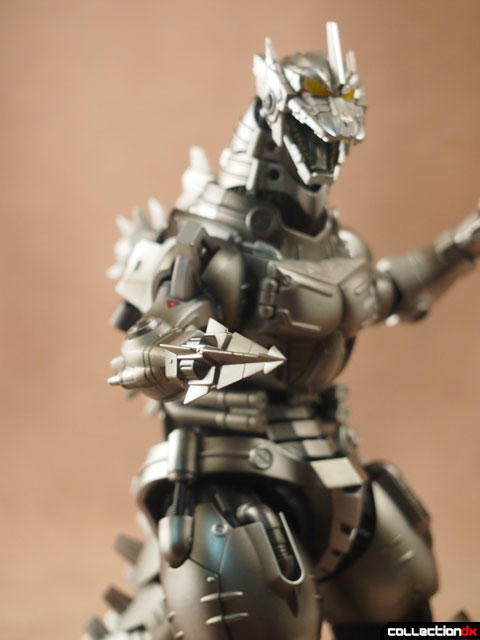 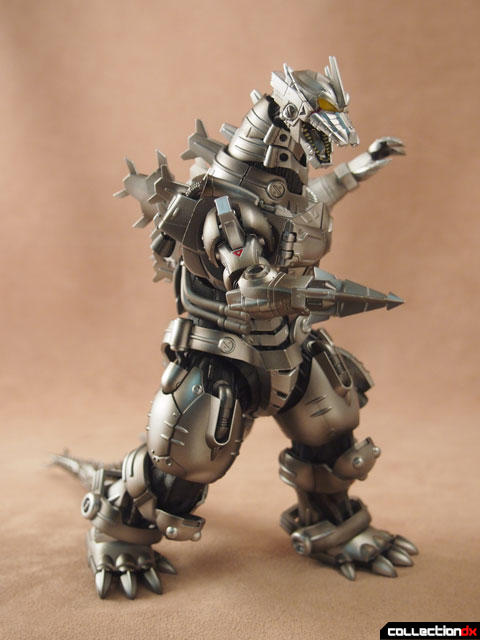 The new flight pack is attached to the back when you remove one of the fins. This redesigned pack features removable weapon pods. 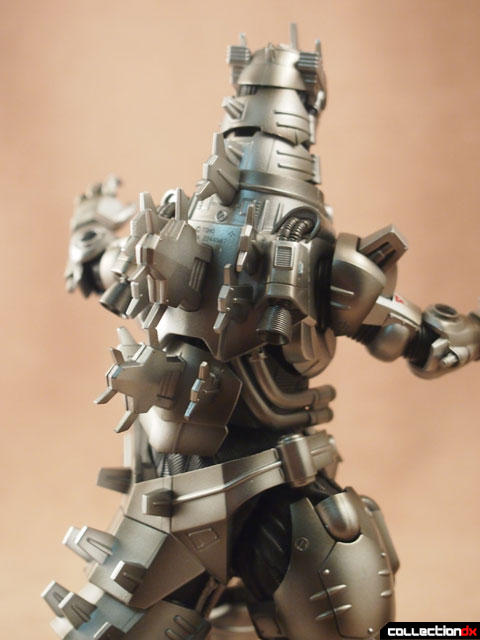 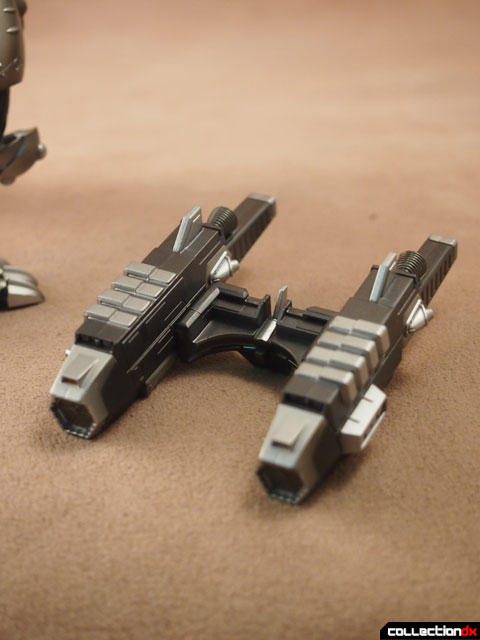 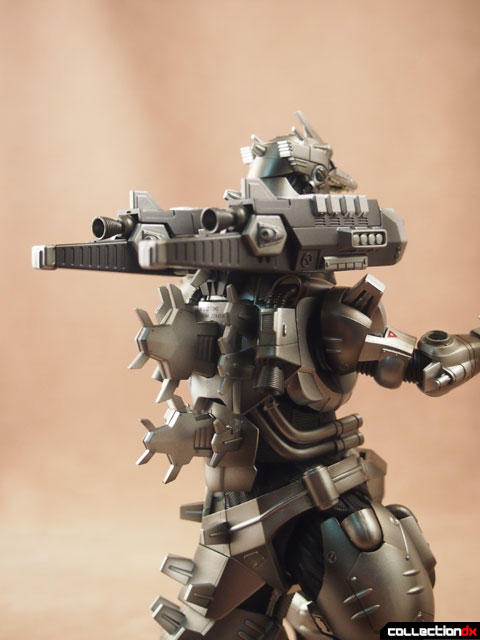 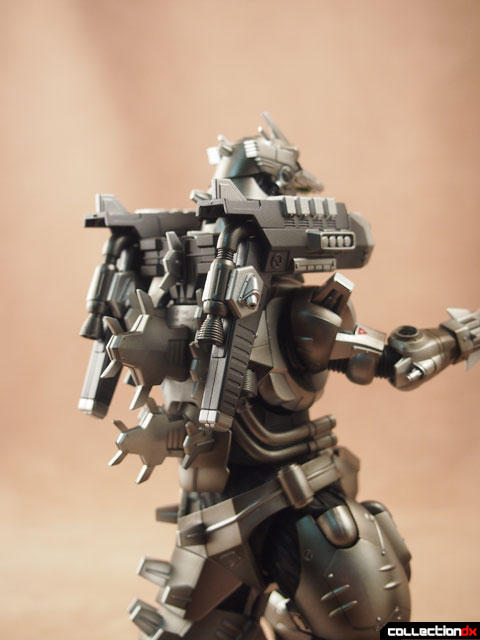 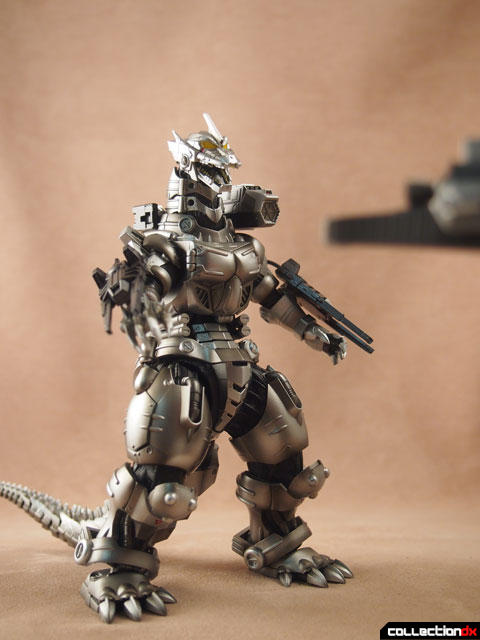 Finalizing the changes are the redesigned dual arm lasers. These removable cannons plug into the side of the arms, and the hose plugs in to the back of the forearms once you remove the placeholder plugs. These plugs are SMALL. I dropped one and spent 15 min searching the floor for it. 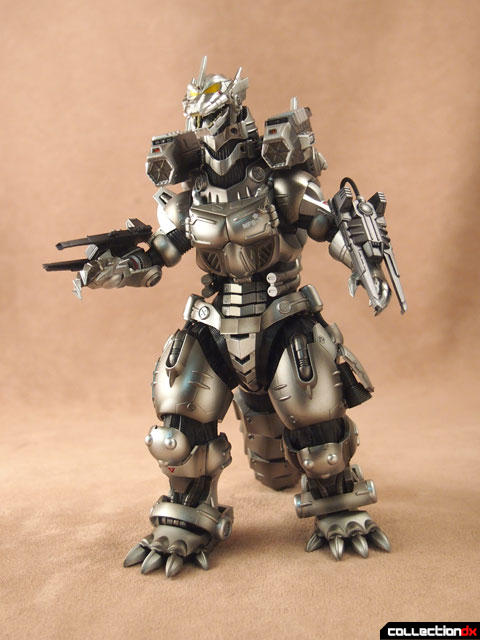 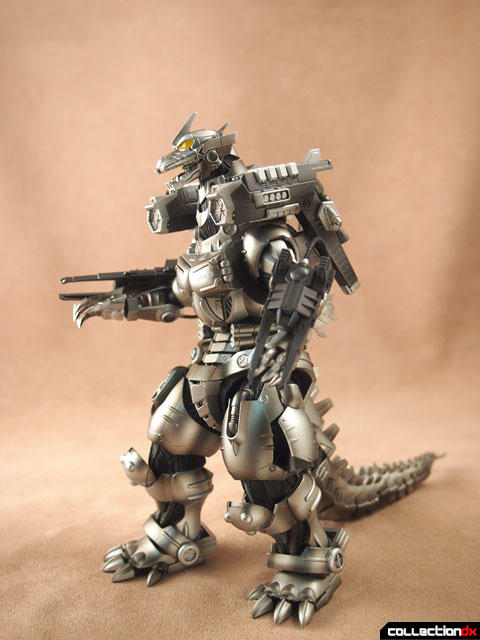 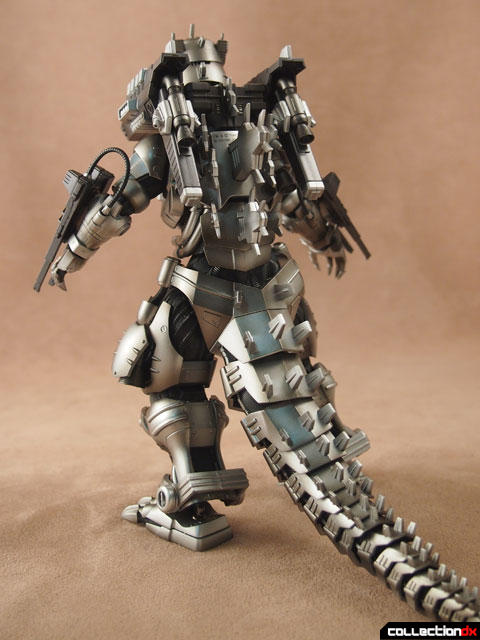 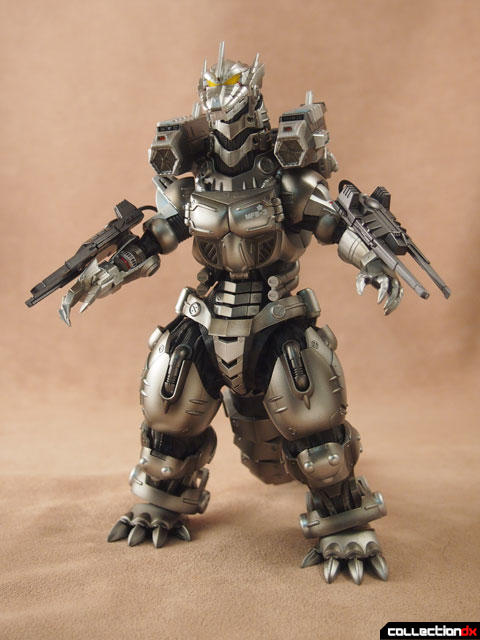 While Kiryu technically does fly in the film, the head does not bend out enough for a satisfying flight mode. There are boosters that come out of panels on the legs as well as moveable boosters on the back. These remain unchanged from the first release. 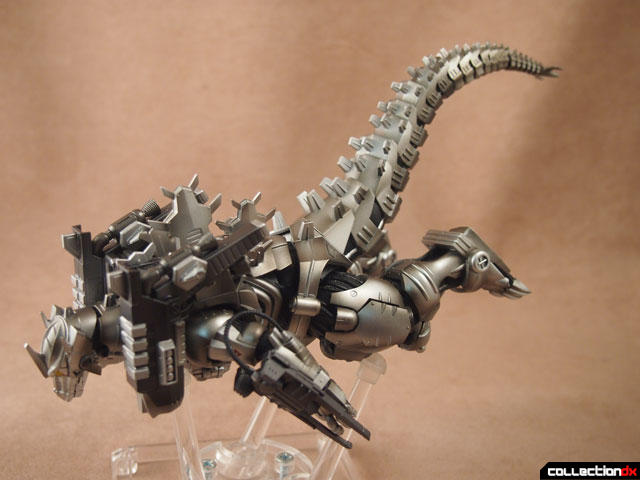 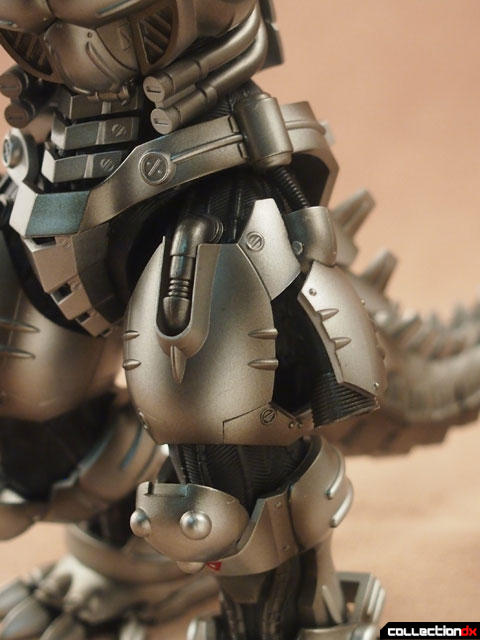 Lets check out Kiryu next to other versions. First up is the vinyl version of the Heavyarms version. It was a good placeholder for a while but is now deemed totally unnecessary next to the MonsterArts version. 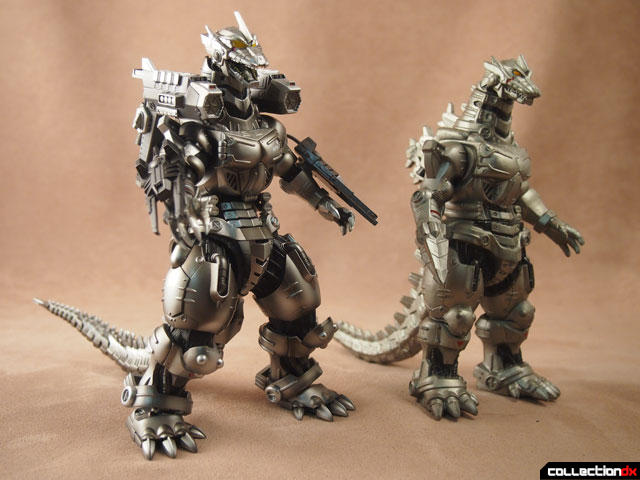 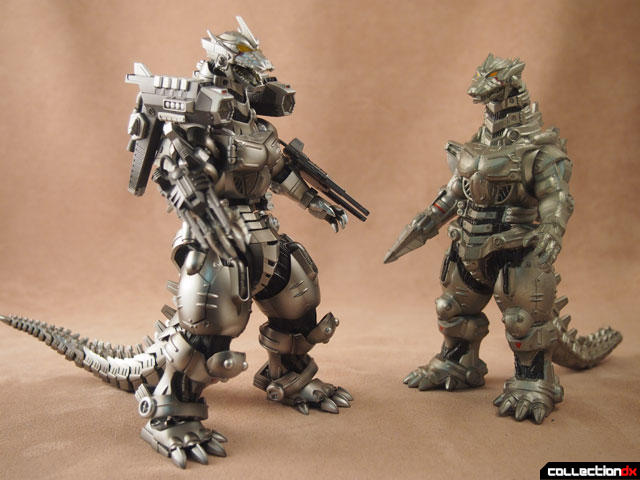 Here he is next to the early Chogokin release of MechaGodzilla. They never released a HeavyArms version of this toy, making this SHMA the first modern articulated toy of the design. 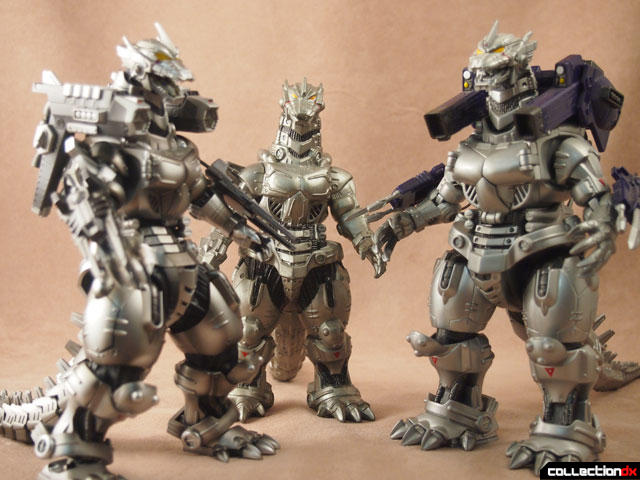 Finally, one of the MechaGodzilla shelves. I may or may not have more that what you see on display here. In my opinion, one can never have enough MechaG! 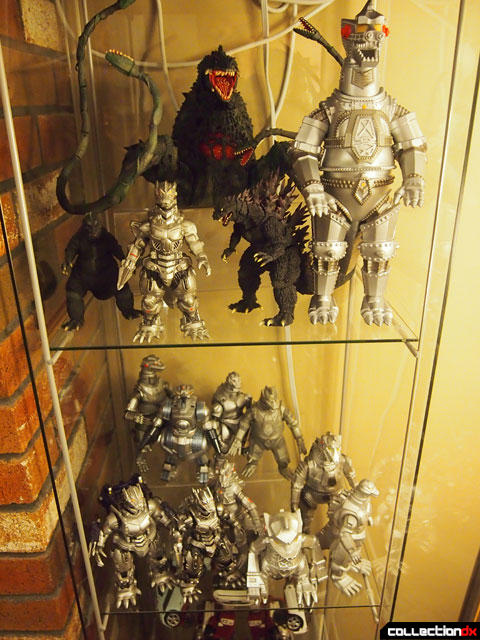 Actually, they did release a Chogokin version of Kiryu Heavyarms. They even had a black version.