Trying to figure out how the Japanese came up with their English-language names for characters and vehicles is an exercise in futility. Machine Buffalo? It doesn't even look like a Buffalo. Do they even have Buffalo in Japan? There's a great Japanese band called Buffalo Daughter, but this show was before their time. In reality, it's best not to think too hard about these things.

The Machine Buffalo is the carrier ship from the show Liveman, the 12th entry into the Super Sentai franchise. I've never seen Liveman, nor have I owned any of the toys. Liveman fell into that grey area that was post-godaikin and pre-power rangers, where every Sentai robot looked like it was made out of boxes. Inexplicably, they are now stupid expensive, which practically assures that I will not get one.

It's an ugly ship that looks more like an Airbus Beluga than a buffalo. 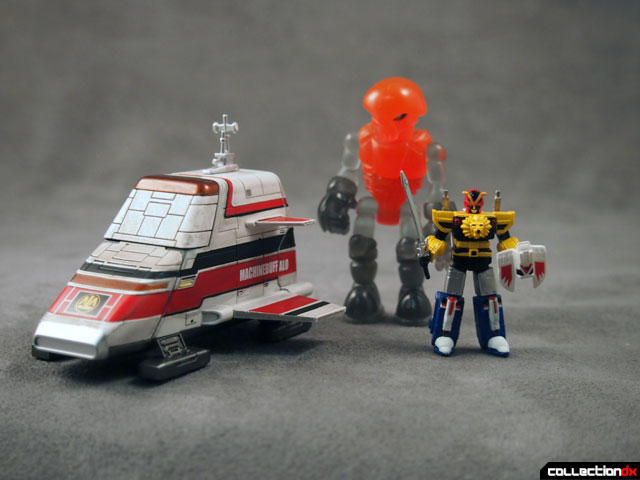 Once again, it comes in a nice box with a die-cut window. 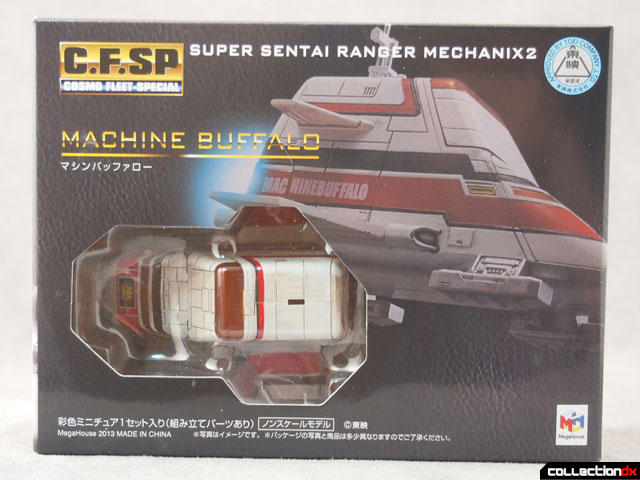 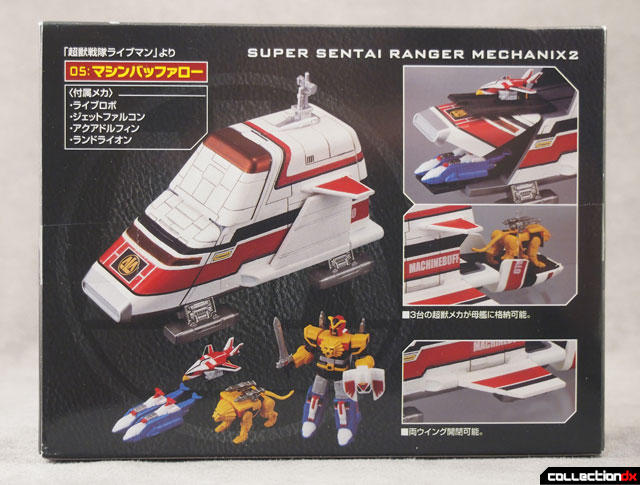 The weathering is nice, and it makes it look screen-accurate. 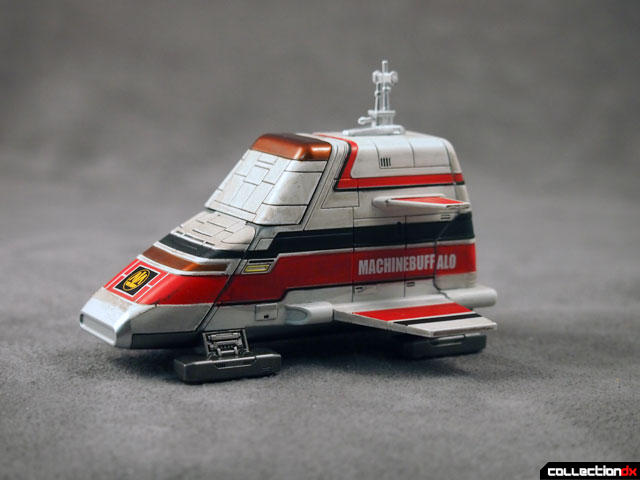 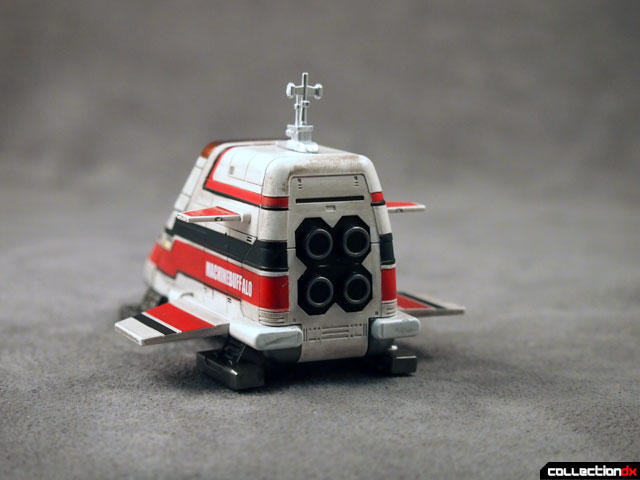 The wings on the side can fold up. 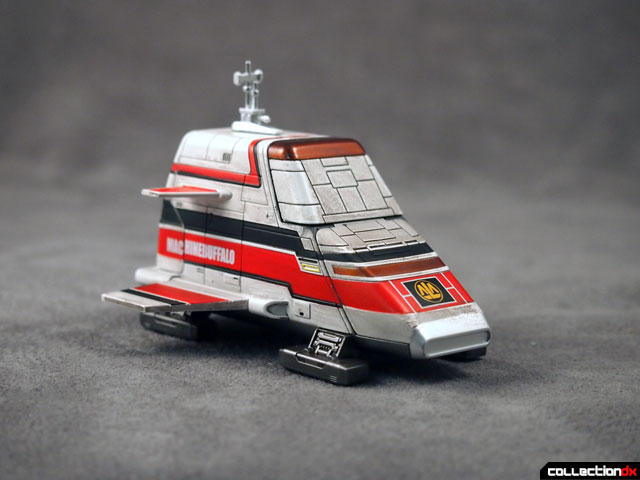 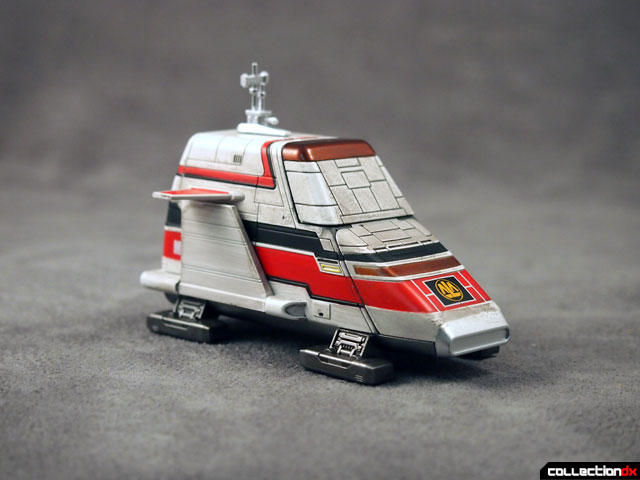 The vehicle needs its bulk because it has to carry around the three vehicles that comprise Liveman. Three separate doors open to store Jet Falcon, Land Lion and Aqua Dolphin. 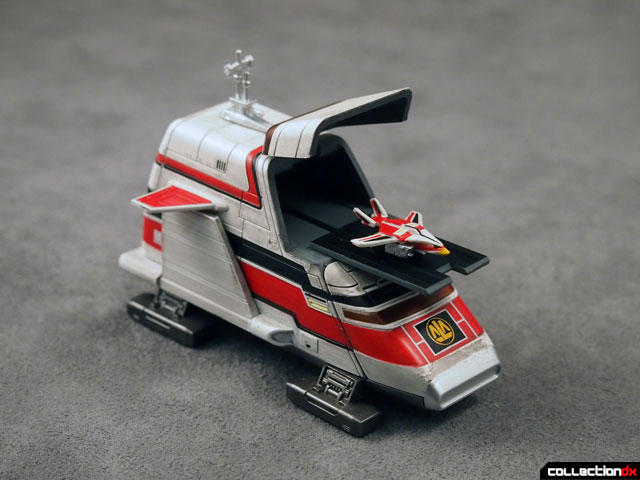 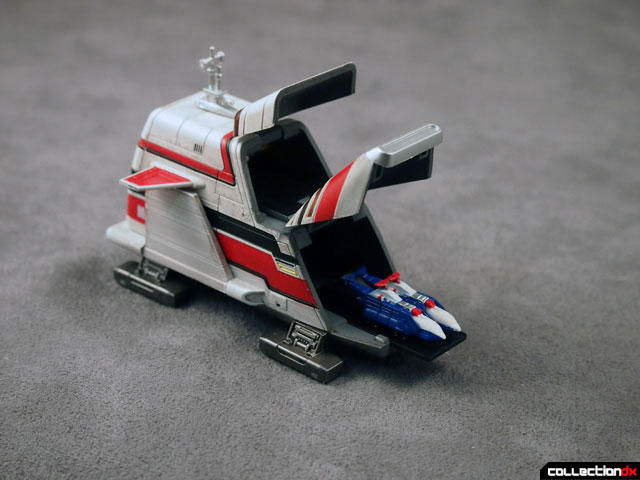 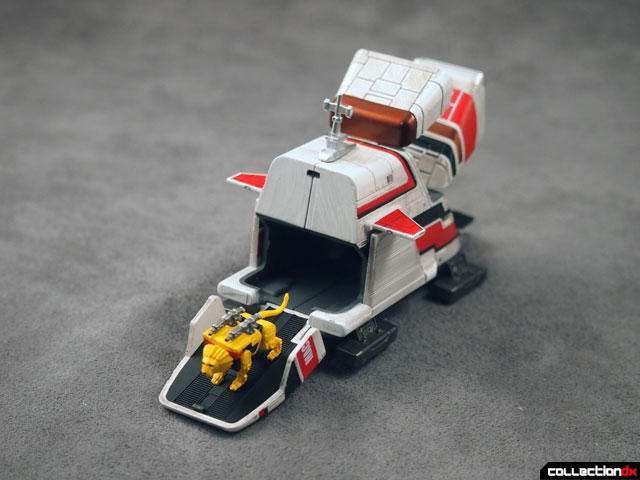 The included Liverobo figure is only about an inch tall and incredibly detailed considering its size. 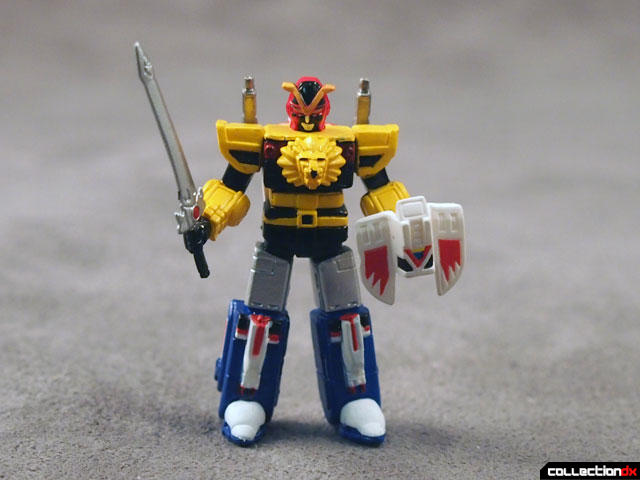 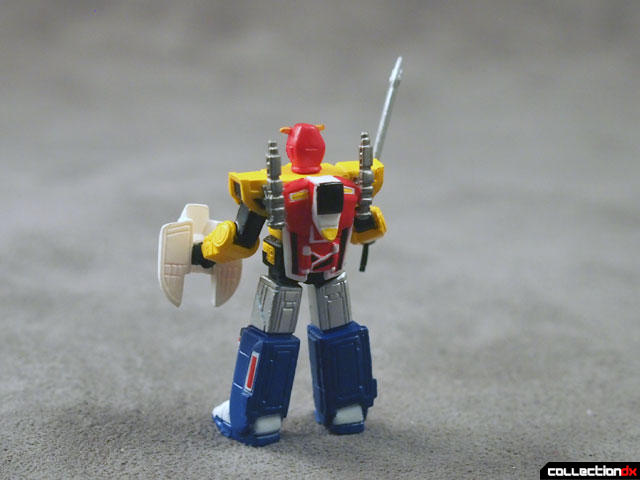