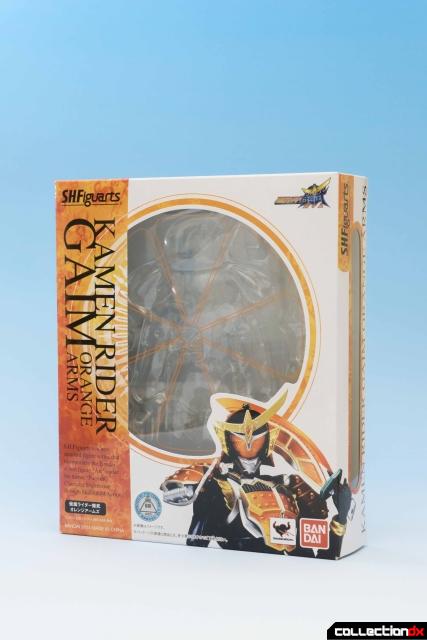 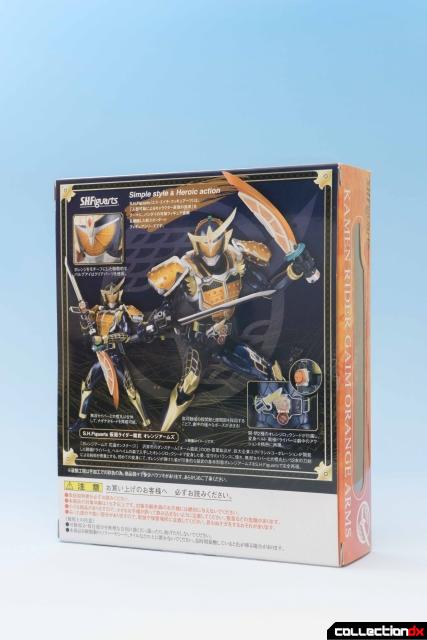 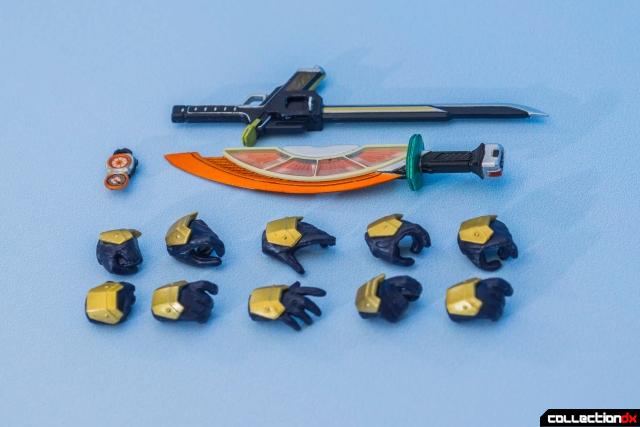 Gaim comes in a beautifully designed box featuring an orange shaped window. Inside the plastic tray contains the Gaim figure itself, five pairs of hands, an open and closed Orange Lockseed, Daidaimaru, and Musou Saber. 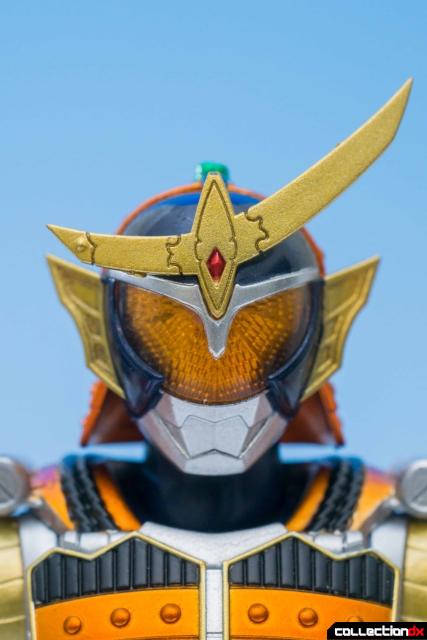 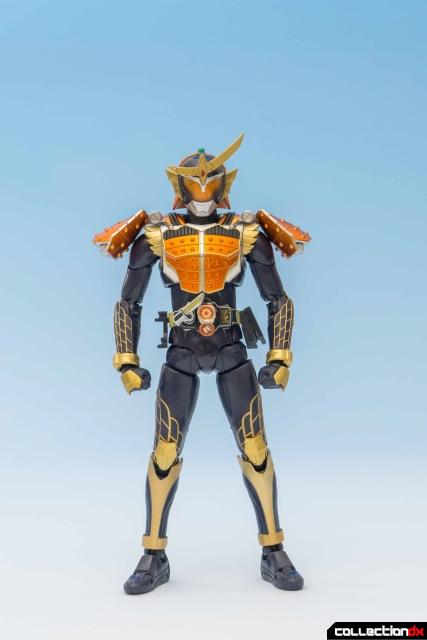 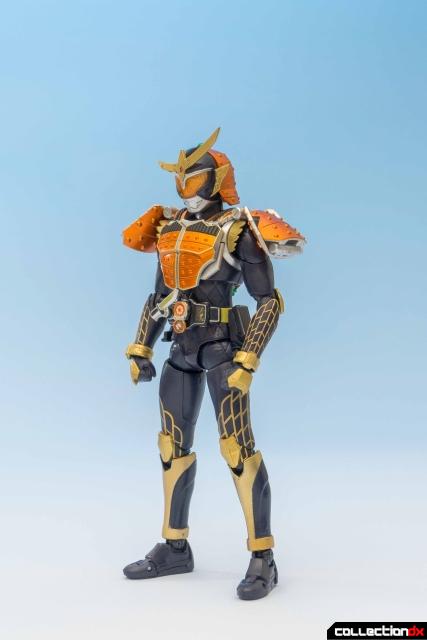 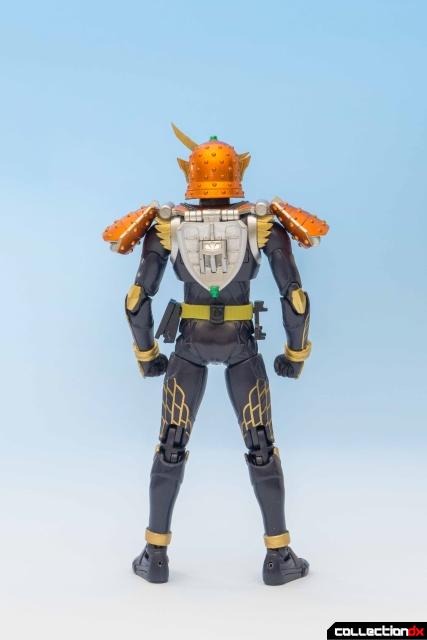 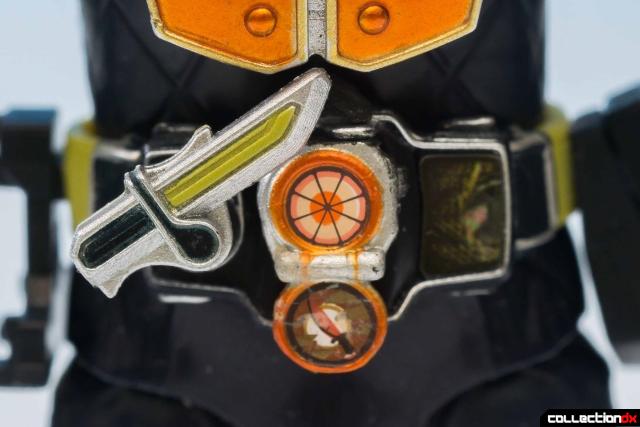 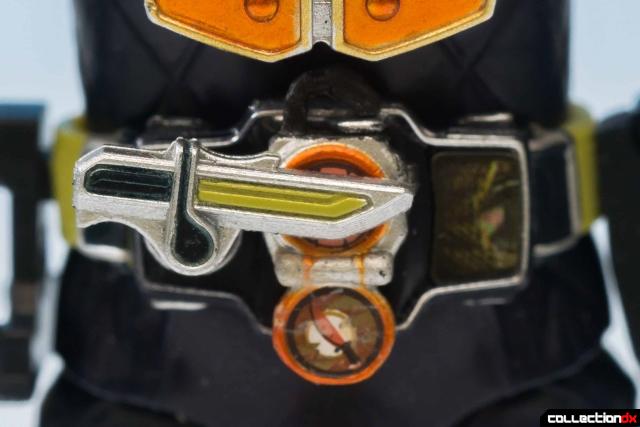 The sculpting and detailing on Gaim is wonderful; easily one of the best looking SHF figures to date. All the little details in the suit are wonderfully recreated and the metallic paint really makes the figure pop. The miniature sword on the Sengoku Driver can also move, allowing you to pose Gaim performing his Squash functions. 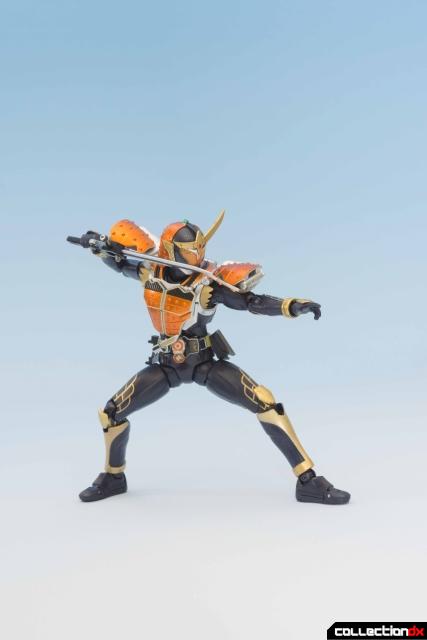 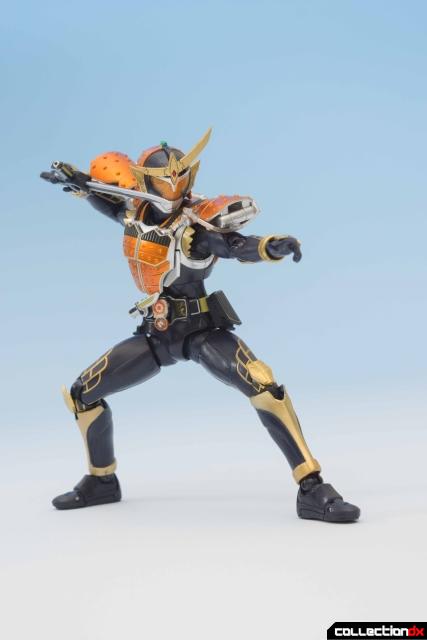 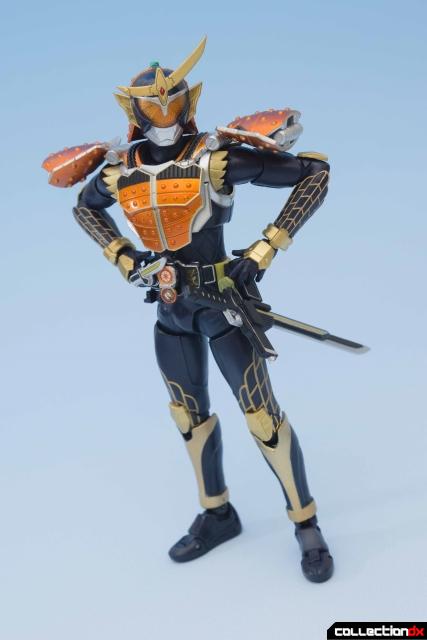 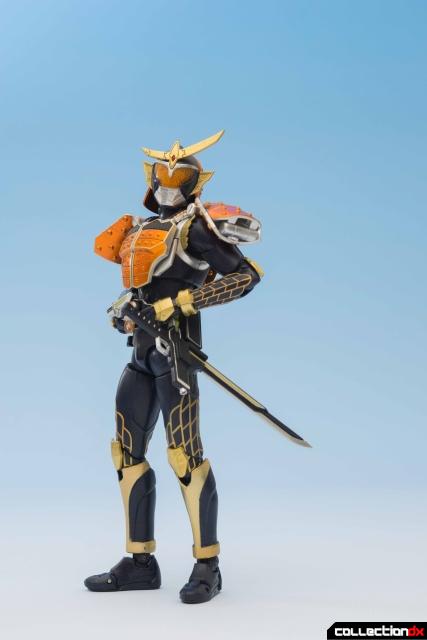 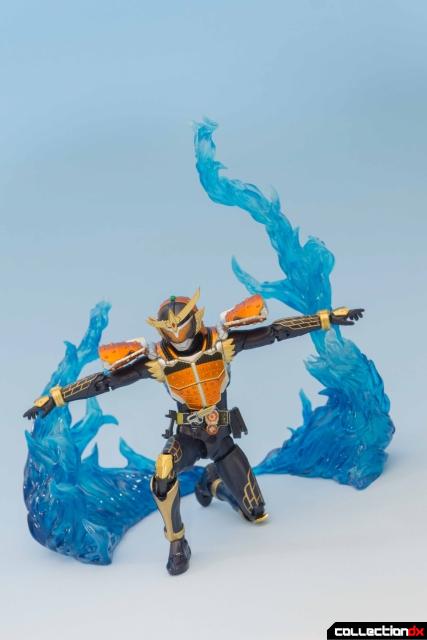 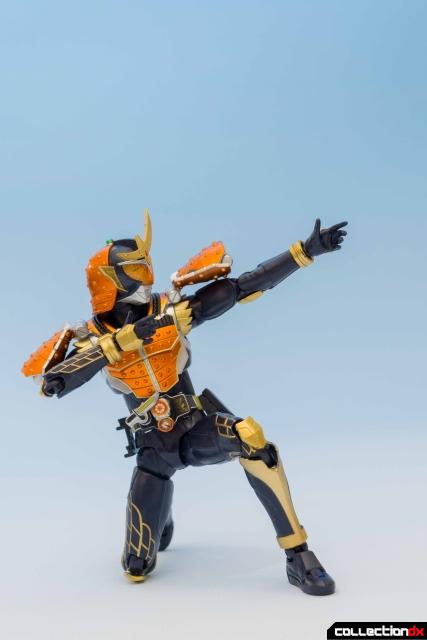 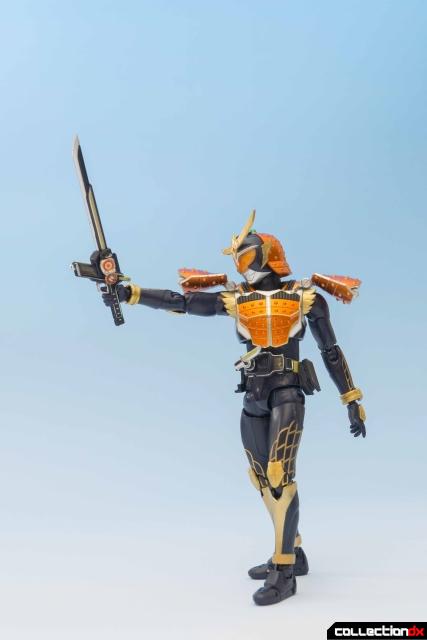 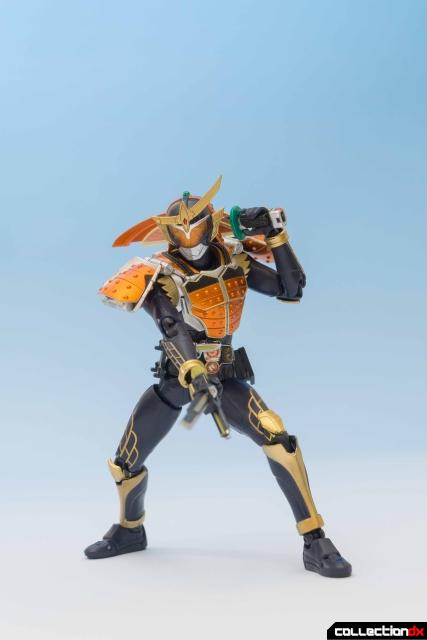 Articulation on Gaim is fairly good. The design of the armor and the Sengoku Driver limits the waist articulation a bit, but the legs and arms have a fairly good range of motion. 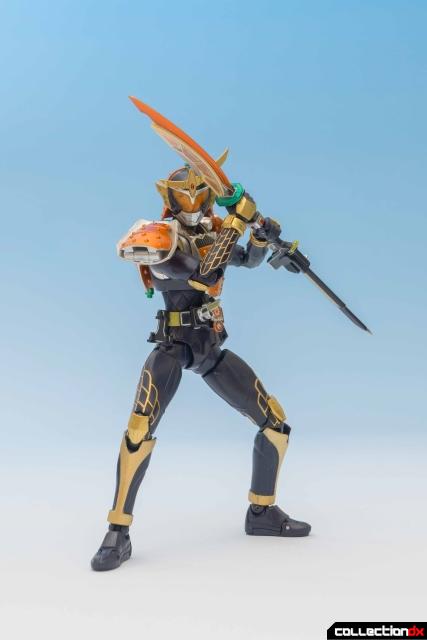 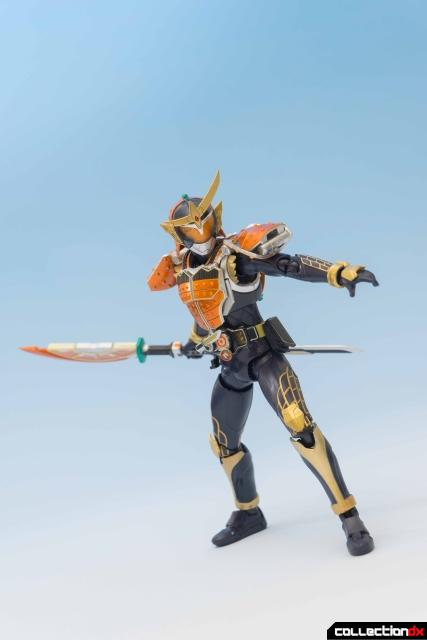 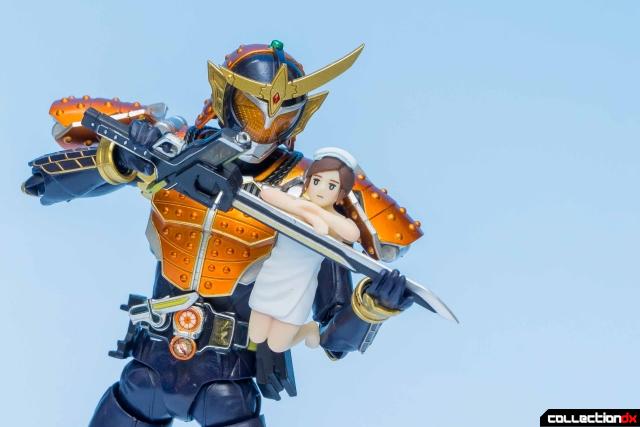 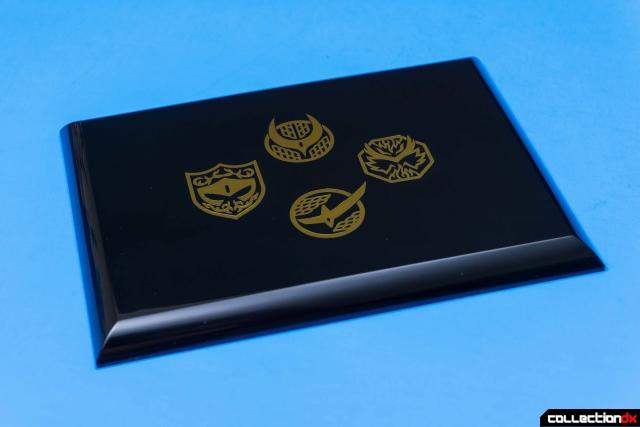 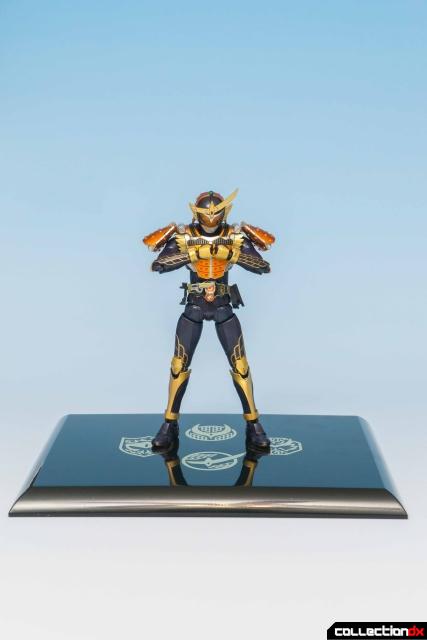 The Musou Saber and Daidaimaru can also combine to form the Daidaimaru Naginata mode. As a preorder bonus, Gaim came with a nice display stand featuring the symbols of the four primary Riders in the series. Unfortunately there are no holes to attach any Tamashii arms, though it is a nice looking base to display your figures on. 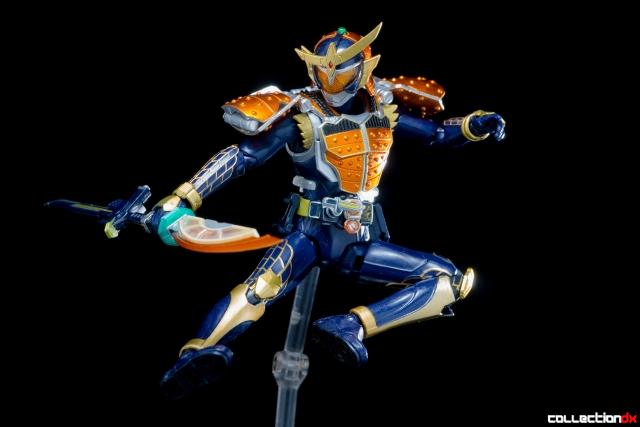 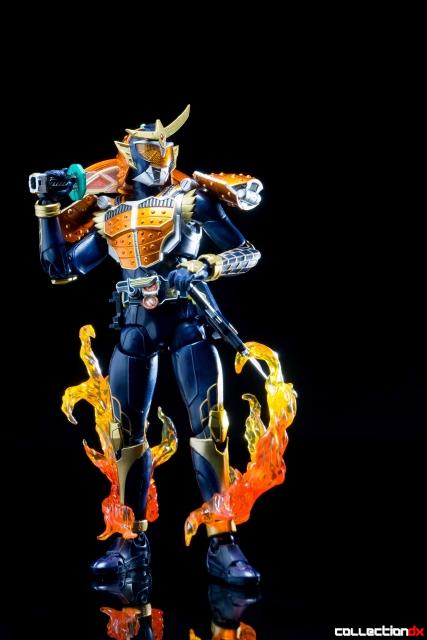 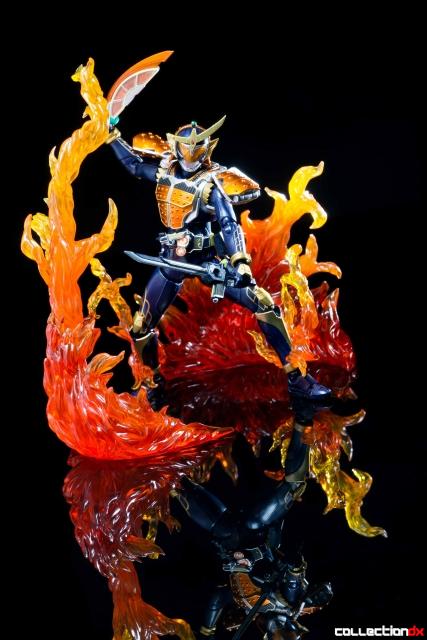 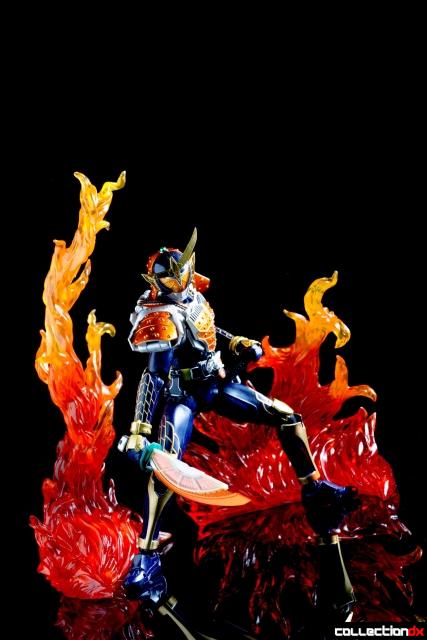 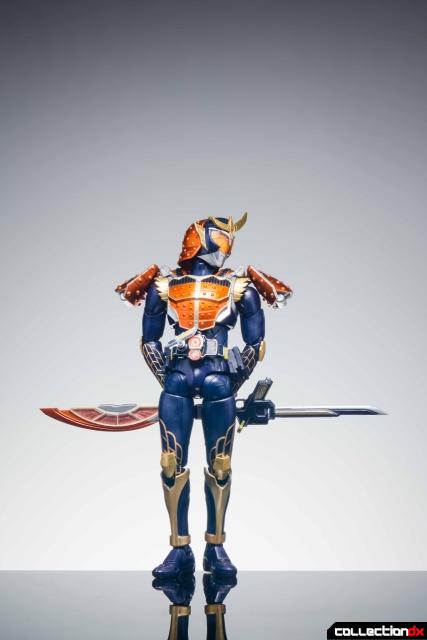 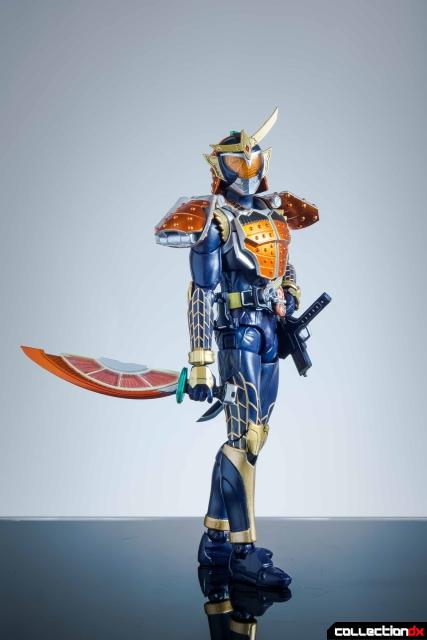 SH Figuarts Kamen Rider Gaim is one of the nicest looking figures I’ve purchased recently. While the SHF version lacks the interchangeable armor of the Arms Change Series, I think the SHF Gaim is superior in every way. I actually like the figure so much that I ended up selling off all my Arms Change figures. SHF Gaim is highly recommended for any Gaim fan, though being able to find one may be a bit difficult. Like all previous Gaim toys, the popularity of the series meant that preorders tended to sell out instantly and you will most likely pay a premium to get one on the secondary market. 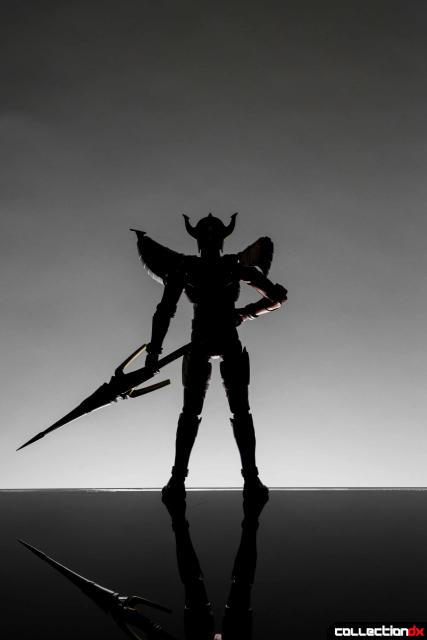 Dude...You sold the Arm Change Series? The fruit can be used with Kachidoki to show Kiwami transformation..Well Photoshop can do it too..haha.

Such a sexy figure! I really need to get around to playing with mine.