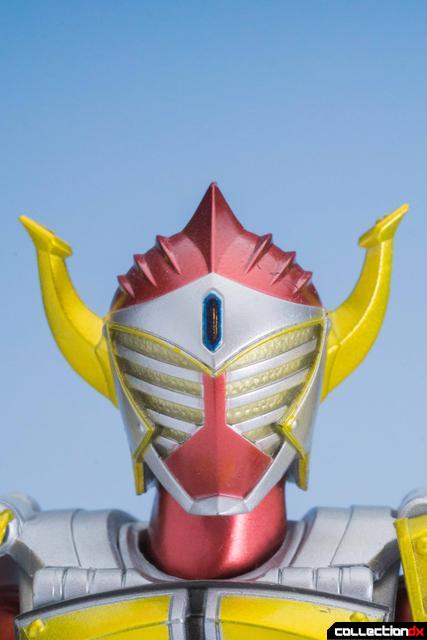 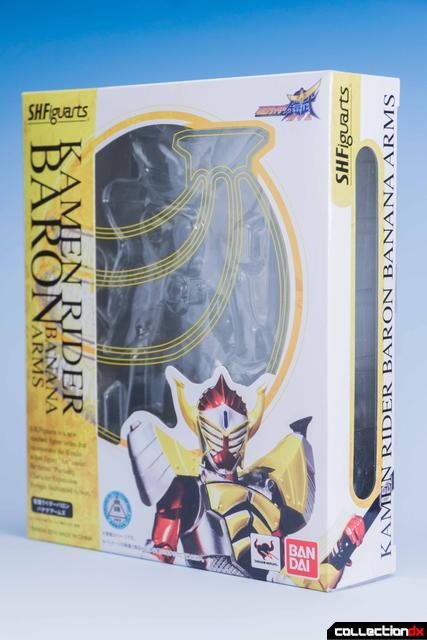 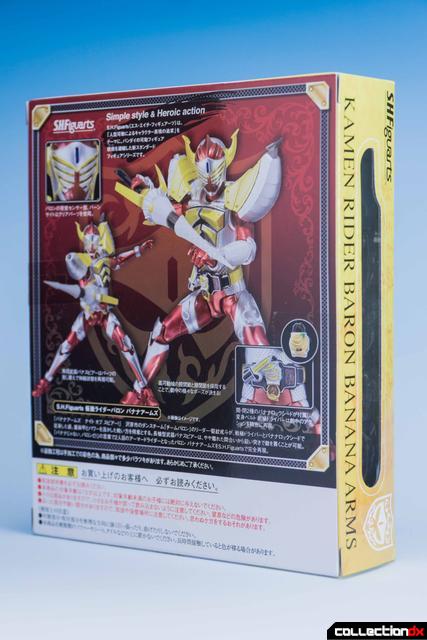 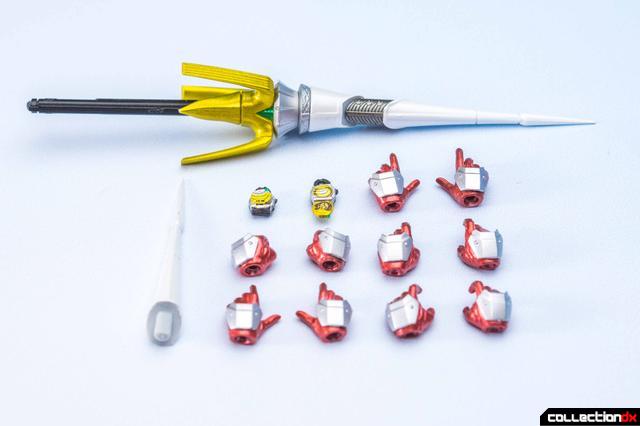 Baron comes in the same beautiful packaging as Gaim, with a banana on shaped window instead of an orange. Inside the plastic tray contains the Baron figure itself, five pairs of hands, an open and closed Banana Lockseed, and the Banaspear with extra extended spear head. I might be getting old, but I can’t seem to remember the Banaspear ever being collapsed. 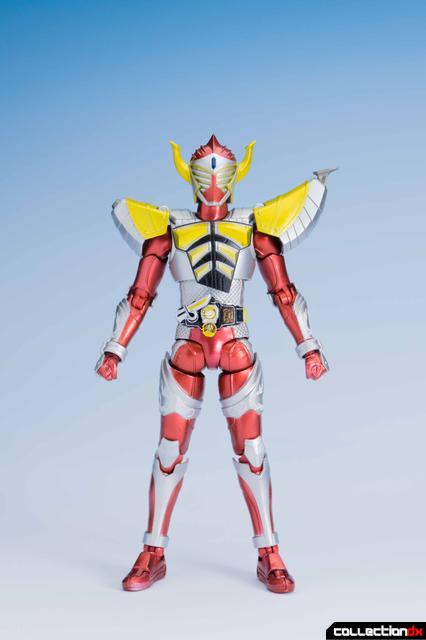 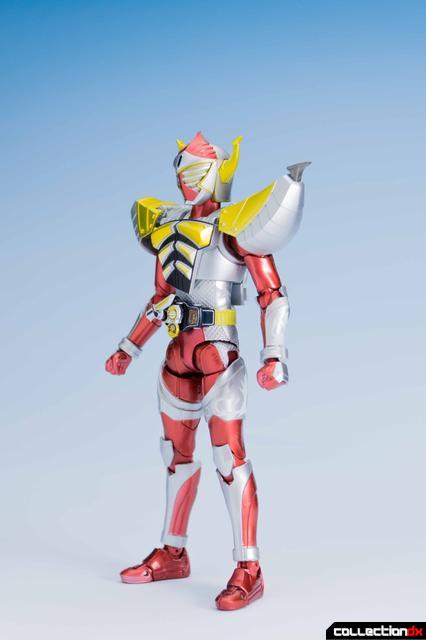 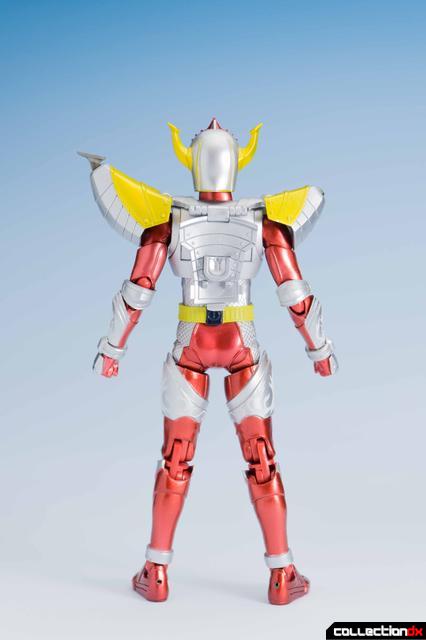 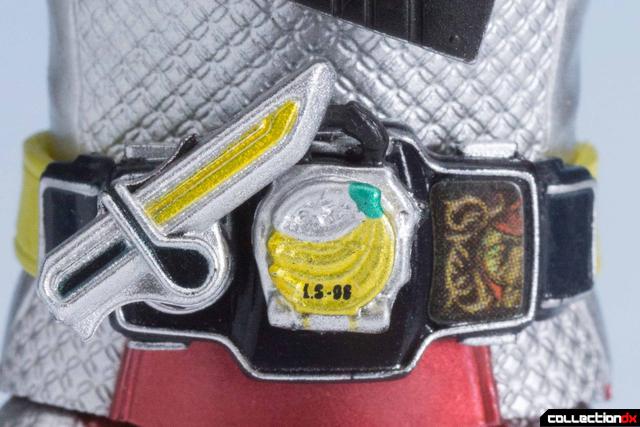 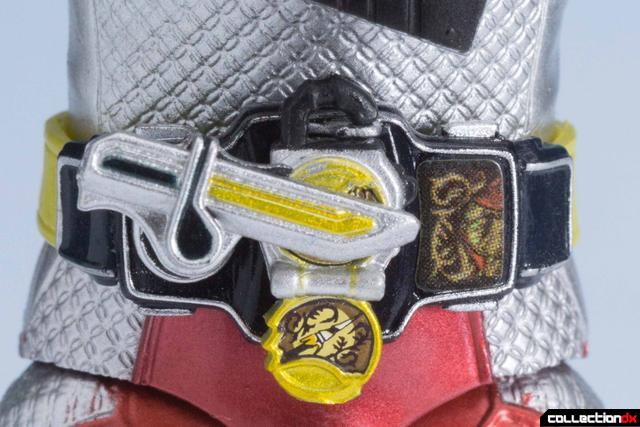 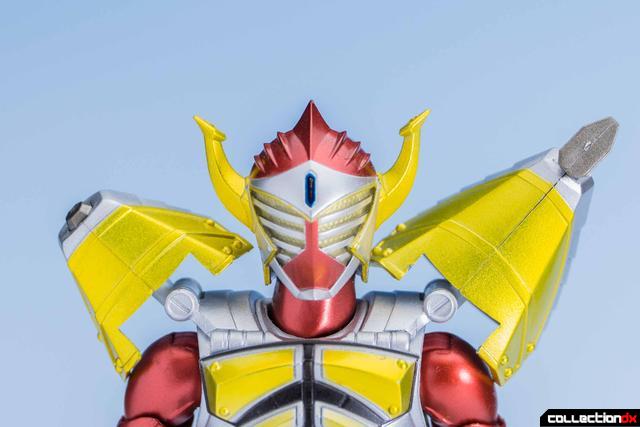 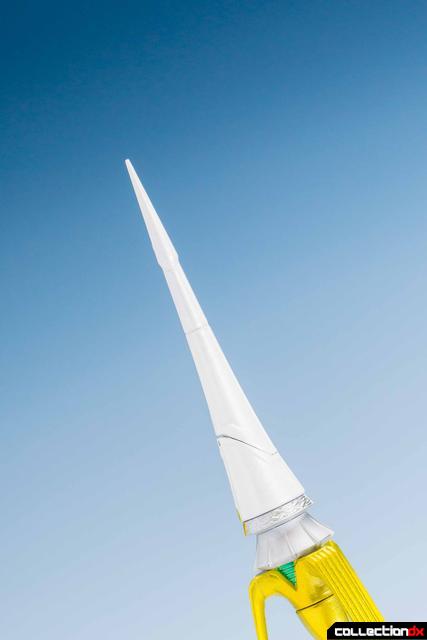 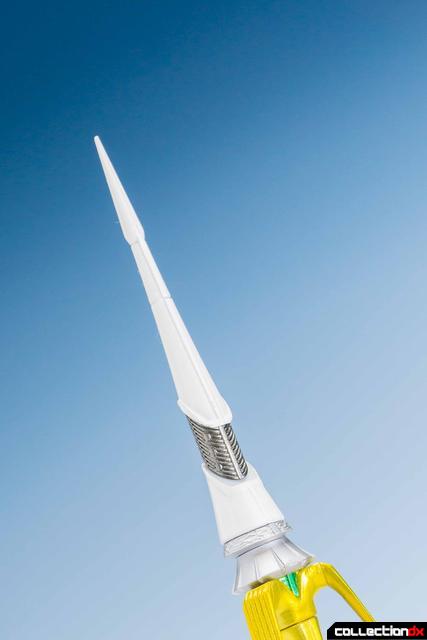 The sculpting and detailing on Baron is spot on and consistent with the overall high quality of the other Gaim SHF figures. All the little details in the suit are wonderfully recreated and the metallic paint really makes the figure pop. Baron’s shoulder armor is double articulated to allow a much better range of motion compared to the Arms Change version. The miniature sword on the Sengoku Driver can also move, allowing you to pose Baron performing his Squash functions. 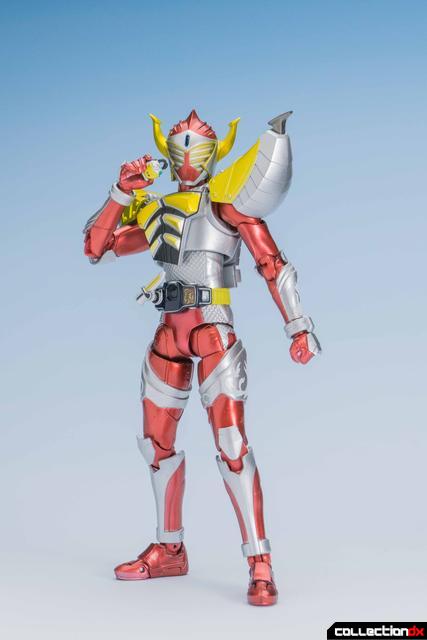 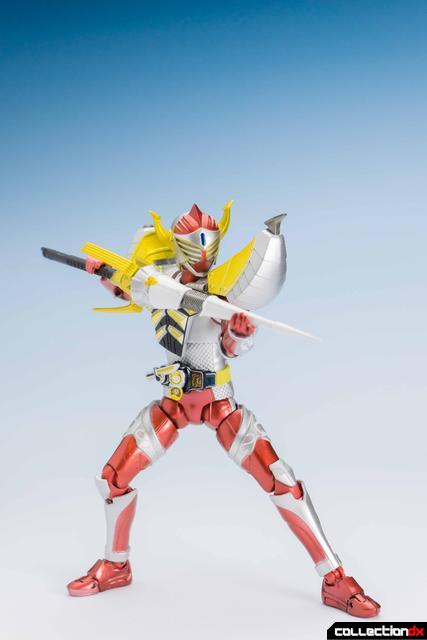 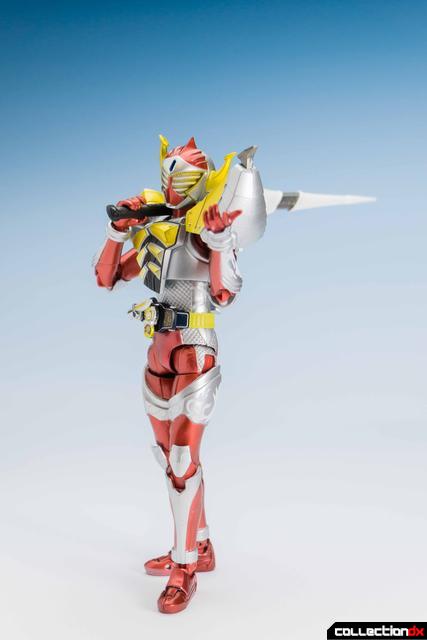 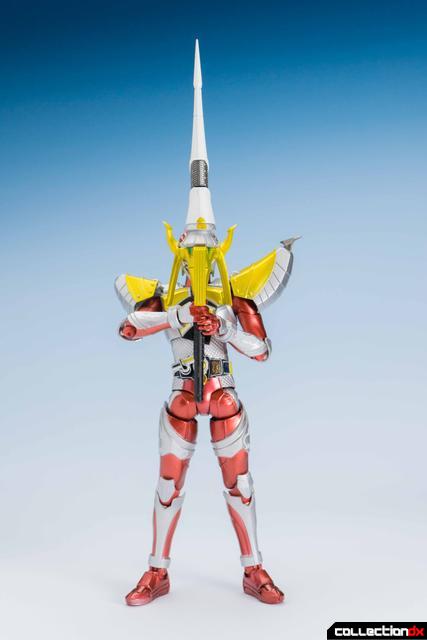 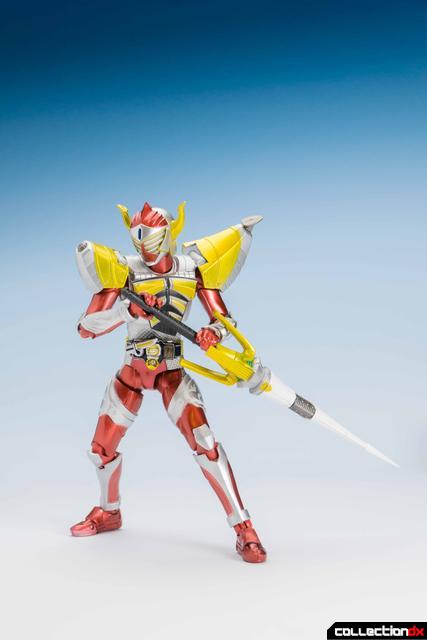 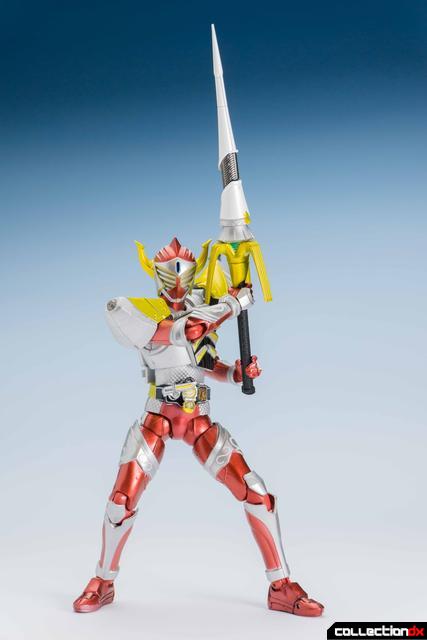 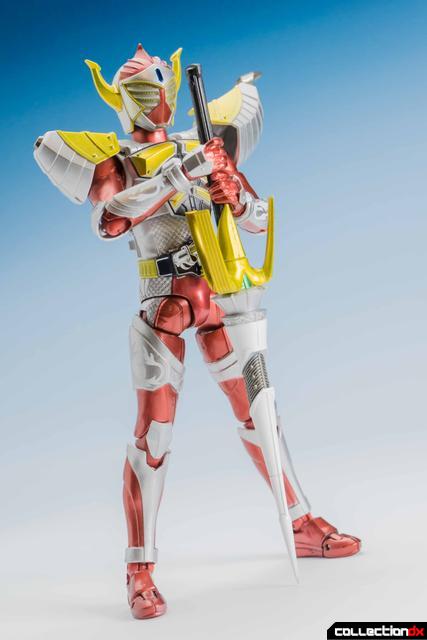 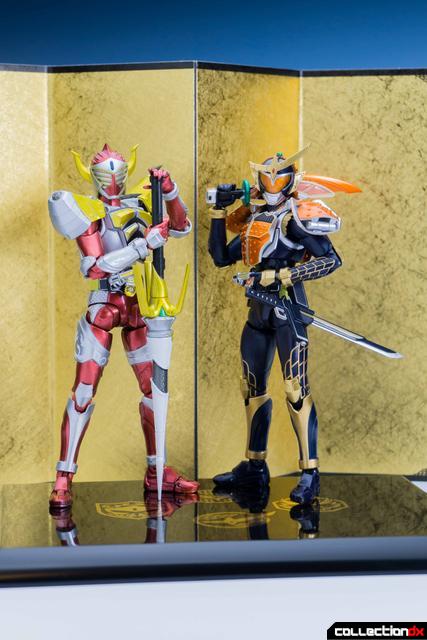 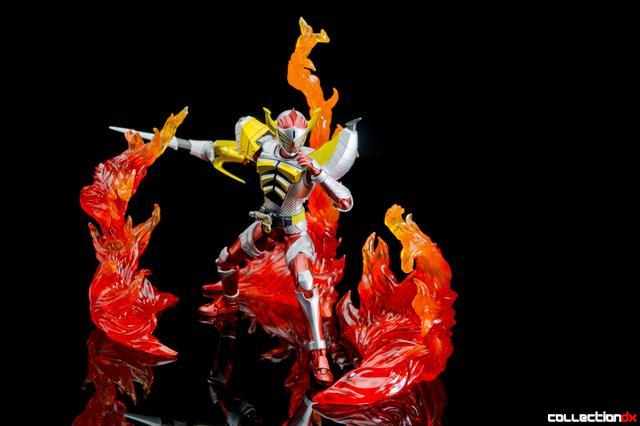 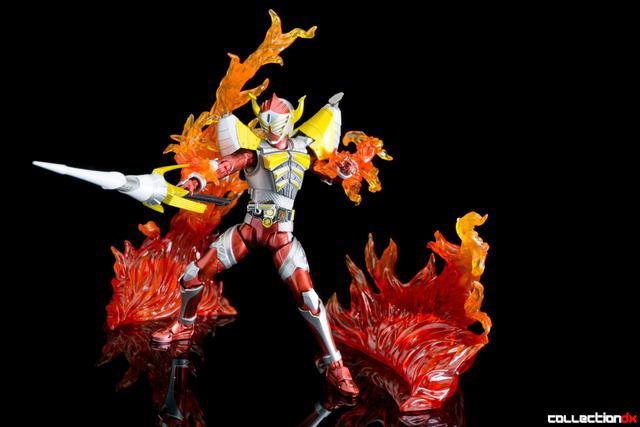 Articulation on Baron is pretty much the same as Gaim’s and allows him a pretty good range of motion. As a preorder bonus, Baron comes with a gold folding screen meant that goes together nicely with the stand included with Gaim. Unfortunately my backdrop was a little too small to show the whole thing. The two preorder bonuses are a really nice touch and really add to the value of the figures. It’s a shame Bandai didn’t include any more preorder bonuses with the subsequent Gaim SHFs. 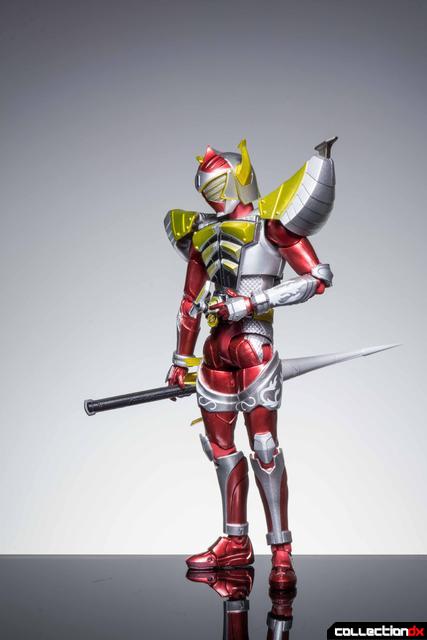 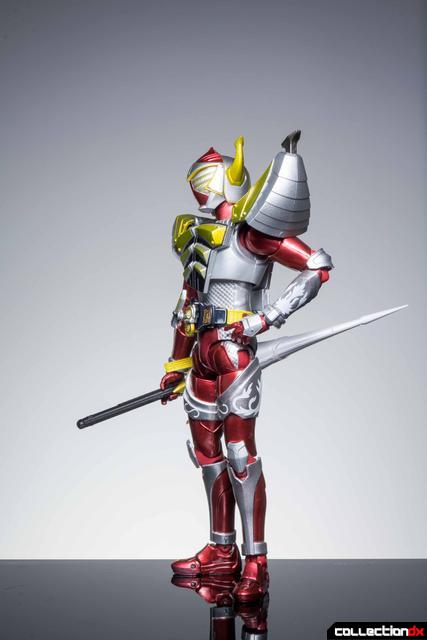 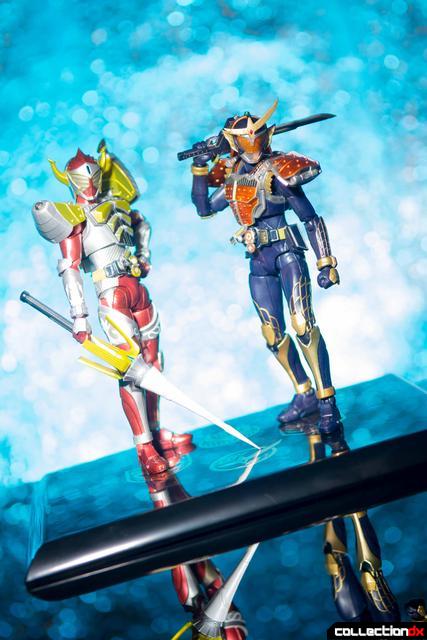 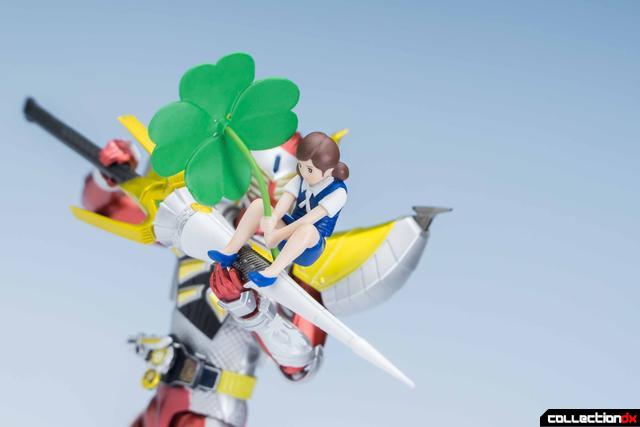 SH Figuarts Kamen Rider Baron is just as great as figure as Gaim and a must purchase for any Kamen Rider fan. The Gaim SHF’s have not made me regret selling my Arms Changes figures at all and I look forward to each new release. Like every other Kamen Rider Gaim figure, Baron sold out instantly is sells for 50-60 dollars on the secondary market these days. It’s frustrating trying to keep up with the Gaim SHF’s knowing how quickly they sell out, but sometimes you just have to wake up 3AM and camp Amiami for preorders. 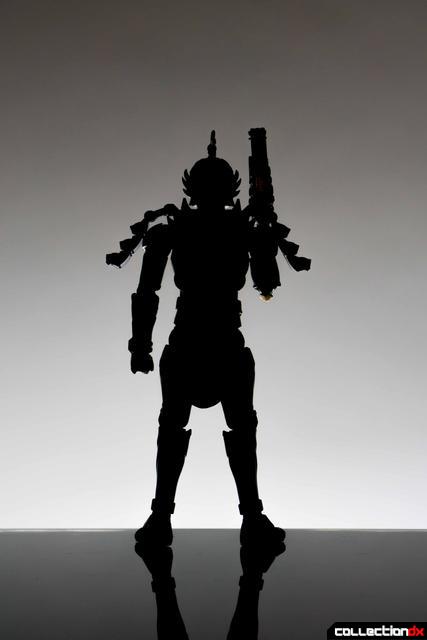 The collapsed spear is VERY rarely seen; it extends almost immediately after Baron transforms. However, I'm not sure that's why they included the collapsed spear. I suspect that Bandai intended it so that we can re-create a pivotal moment late in the series.

I suspect this is also related to the other surprising articulation, which is that the chest plate of the armor can be shifted slightly up.

(I don't want to get too much more specific, since I'm sure there are people who haven't seen the series, yet.)