Kamen Rider Taisen feat. Super Sentai is another crossover movie featuring Toei’s top tokusatsu shows. One of the Kamen Rider show that is showcased in that movie is Kamen Ridre Den-O, a wildly popular show that owes part of its success to Japan loves of trains. The show itself was pretty lackluster, filled with very one-dimensional characters and a story that was a jumbled mess (even by kid’s television standards). Nevertheless, Kamen Rider Den-O sold tons of merchandise.  So it makes sense that Bandai and Toei found another way to make people buy more Den-O goods by producing a Den-O train in the current train-themed Super Sentai line.

Enter the Den-O ressha. It is a revised form of the Den-O’s primary train, the Den Liner.
Rather than the four-section train that was the Den Liner, the Den-O ressha is composed of two fronts, which are pretty much identical, except for the fact the location of the connection clips is mirrored the trains. 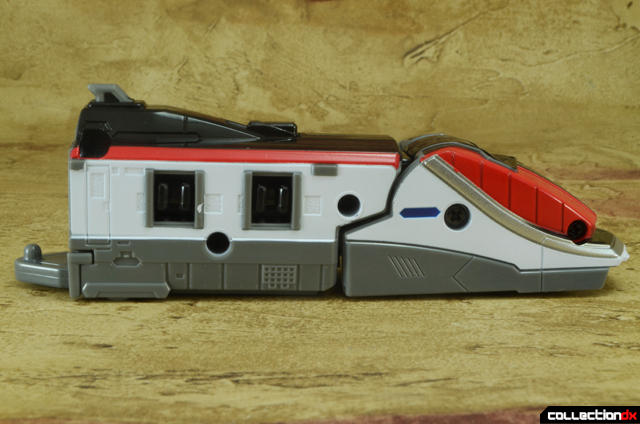 Other than that, the train’s halves are twinsies. 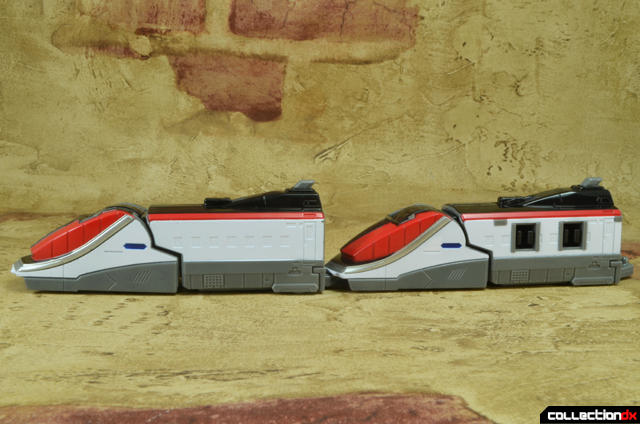 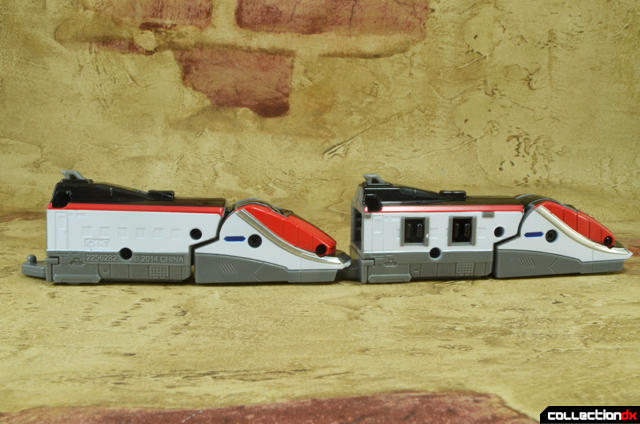 For this release, the Den-Liner aesthetics have been modified a bit to fit with the designs of the other trains in the ToQGer’s arsenal. The design actually sifts between the front and rear parts of the trains. 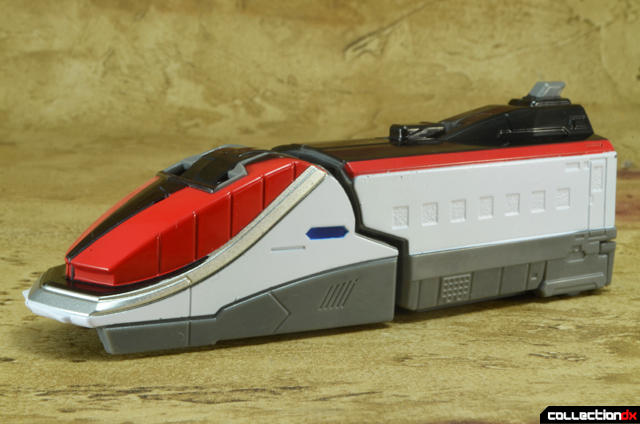 The front of the trains retain the futuristic look of the Den Liner. On the other hand, the rear part of the trains look like a more traditional train. In the rear, the hexagonal windows of the Den Liner are replaced with the standard square windows. However, with the Den-O Ressha the transition between the two parts of the trains is more subtle than with the other EX trains. It’s not like they just stuck a T-Rex head in front of a train.
While the Den-O Ressha’s front part looks much like the Den Liner, there are some differences between this train’s front part and the one that appeared in Kamen Rider Den-O. The cab of the train has been shortened a bit. The cab is also missing the symbols that are present on the Den Liner, both on the red and black parts of the cab.

There are hitches present on the underside of the trains, so you can link the parts to each other, which is the only way to keep them together. 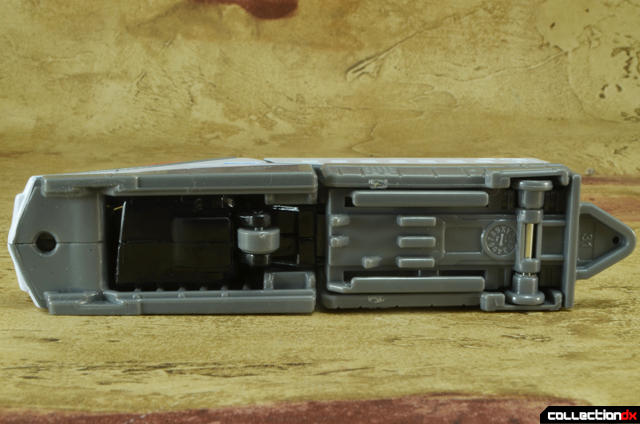 The Den-O ressha interacts with the ToQ Changer to produce sounds specific to this train. Check out the video for that. 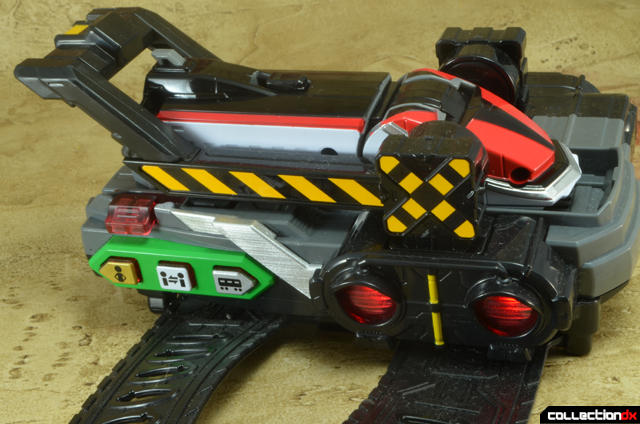 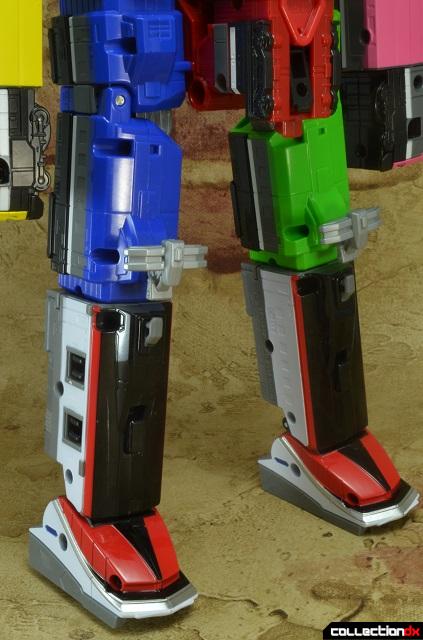 However, if you want to have the authentic ToQ-Oh Kyoryujin combination as it is seen in the film, you need to slap on the Den-O legs. 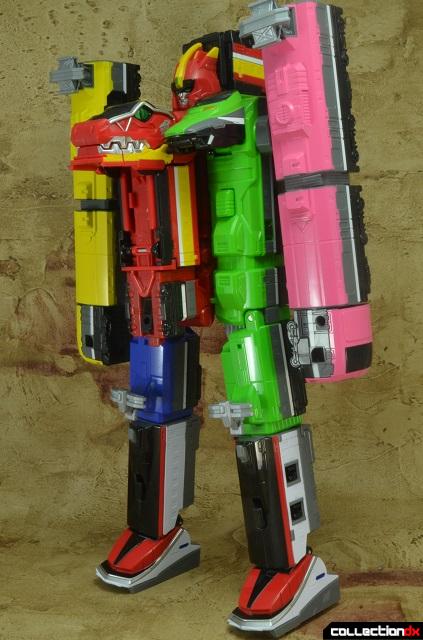 Overall, the Den-O ressha is the biggest disappointment in the EX Ressha Gattai line. Not only is it missing some of the finer details of the Den Liner, but it also doesn’t bring anything new to the table. If I were a bigger fan of Kamen Rider Den-O, which is to say that I actually cared about the show in any way, I would probably be more disappointed in this train.  That beings said, I only bought this so that I could experience the whole first wave of the EX Ressha Gattai line.