Dyjupiter is the large, wedge-shaped carrier mech from Kagaku Sentai Dynaman, the seventh Super Sentai series. You may recognize Dyjupiter as one of the more common base ships from the Godaikin line, or from the parody version of Dynaman that appeared on Night Flight in the 80s. 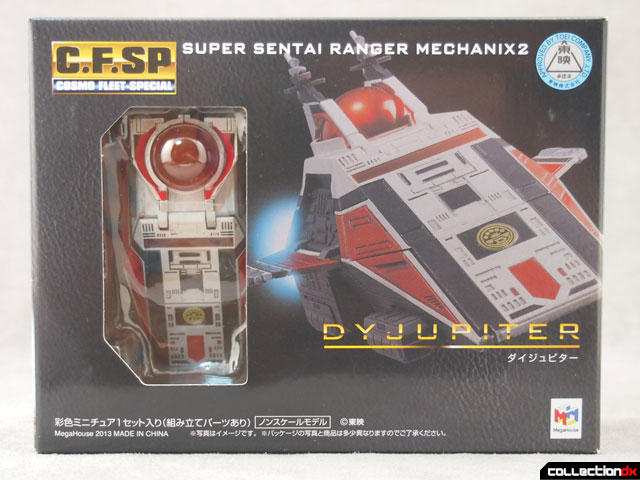 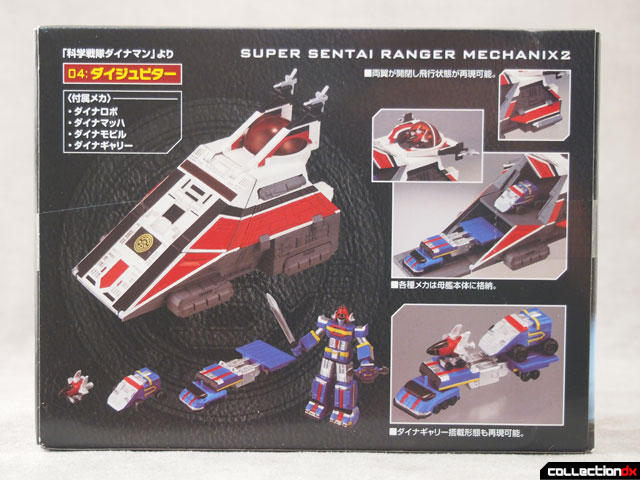 Yeah, its small. But it's packed with detail and show-accurate weathering. 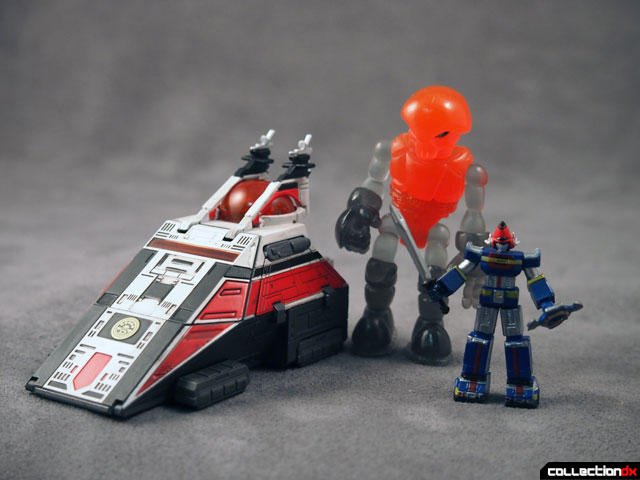 Dyjupiter comes with a small Dynaman robot and the three vehicles that form the robot. 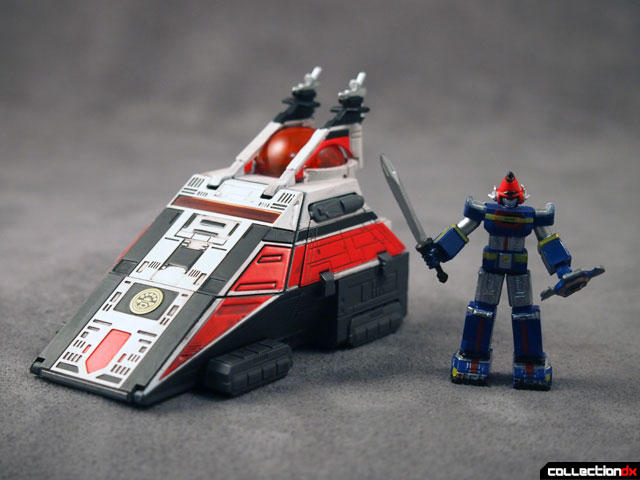 Just like the original the wings fold down on the sides, and the panels around the dome also fold down. The dome opens and you can place the small Dyna Mach vehicle inside. 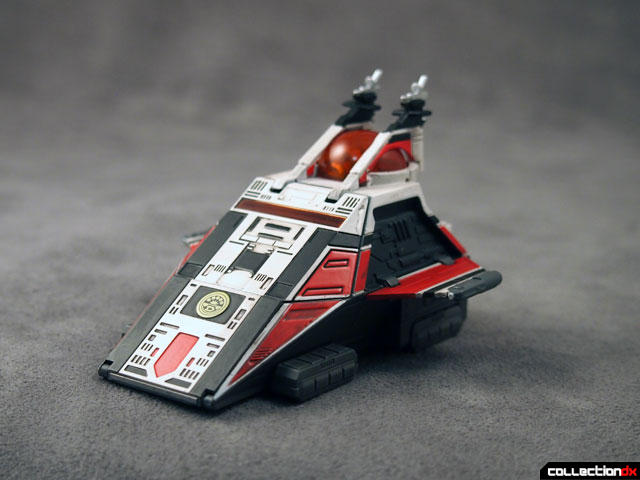 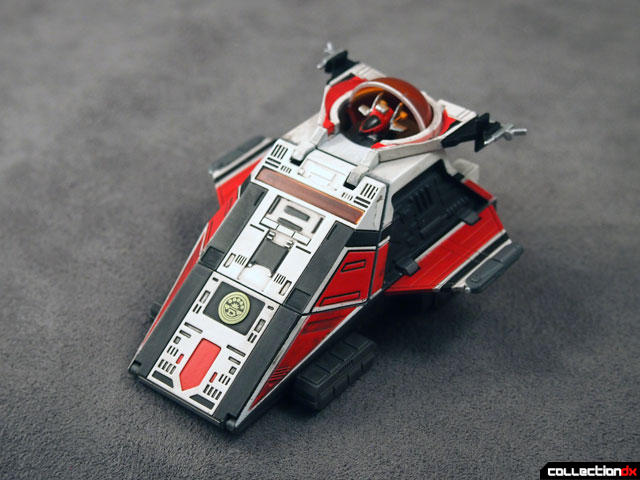 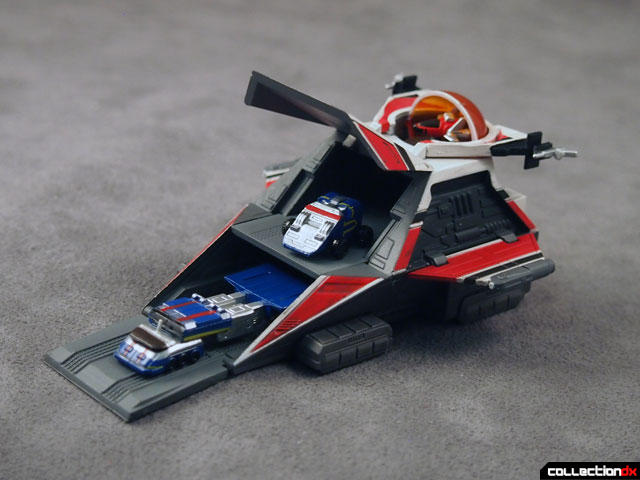 Just like in the show, you can have the Dyna Mach and Dyna Mobile ride on the Dyna Garry. 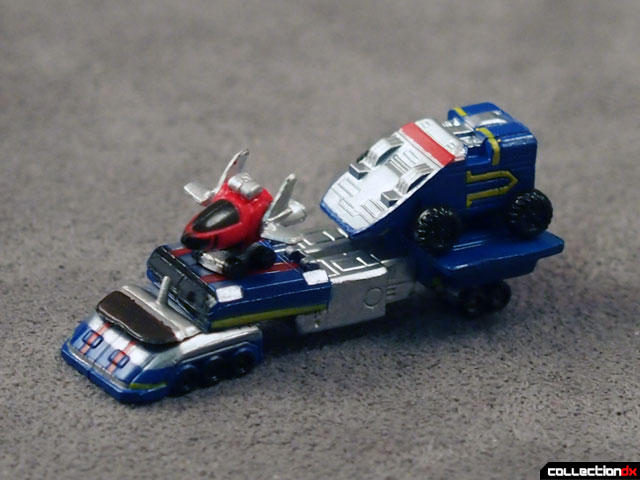 So it's a cool piece, albeit small. The two look good together, and the also look good as part of the set. However the price is a bit high for the individual item. It's better to get the set. 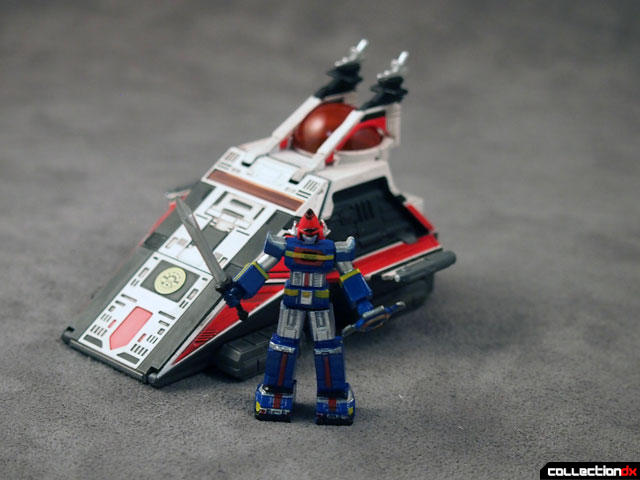 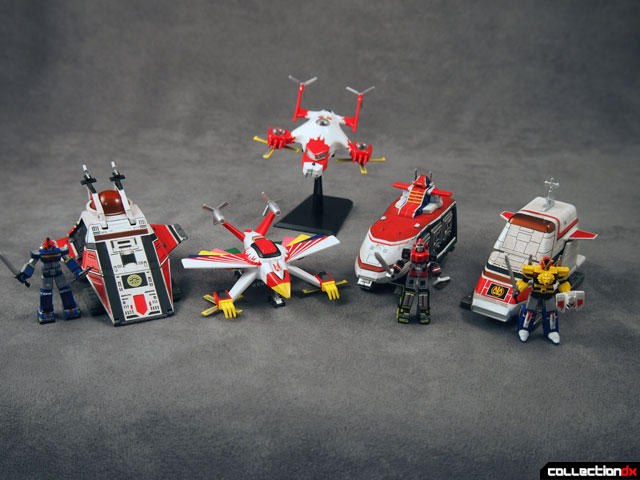 1 comment posted
Can we please have an SOC Dynaman?