We now present part two of the critically ignored three part Diesel-Oh series: Tank Ressha. The Tank Ressha is a long-lost train that the ToQGer find in the woods. It is also a component for the ToQGers’ secondary mecha, the Diesel-Oh. 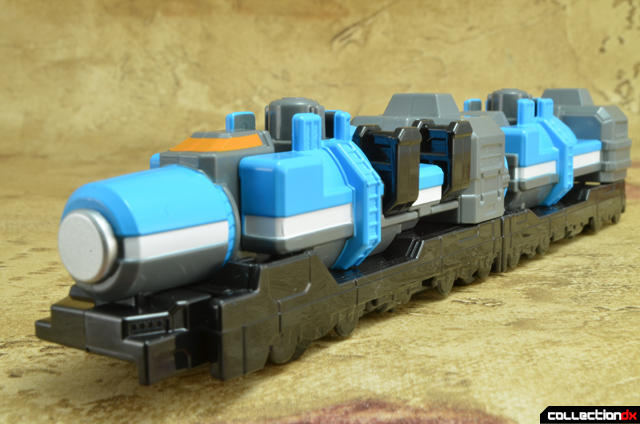 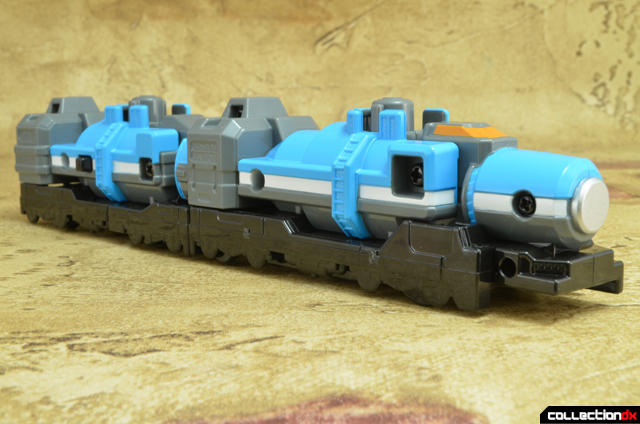 This cyan colored tank serves as a fuel transportation train. I love the modern and armored design of this train. This is my favorite train in the line so far for a couple of reasons.

First, I like that the train is not blocky like the rest of the trains in the line. The two fuel tanks on the the train and the structures around the fuel tanks make the body of this train unique. The second reason that I like the Tank Ressha is a purely subjective reason: It is cyan. I love me some blue.   Just like the other Ressha’s in the DX line, the Tank Ressha has nice details, such as the ladders on the sides of the fuel containers and the molded wheels on the lower sides of the trains.  The underside also has some real wheels so that you can roll the Tank Ressha around.

Each of the two segments of the train have hitch in the rear and a circular hole on the underside of the front. The hitch and hole piece for the rear train must be extended out from the underside. 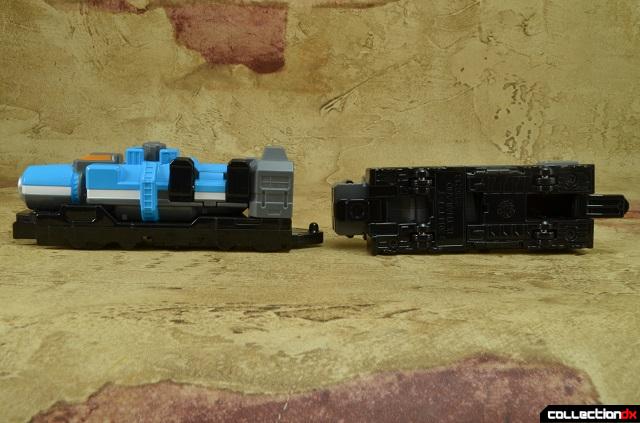 These parts allow the Tank Ressha to link up with the other trains in the line. 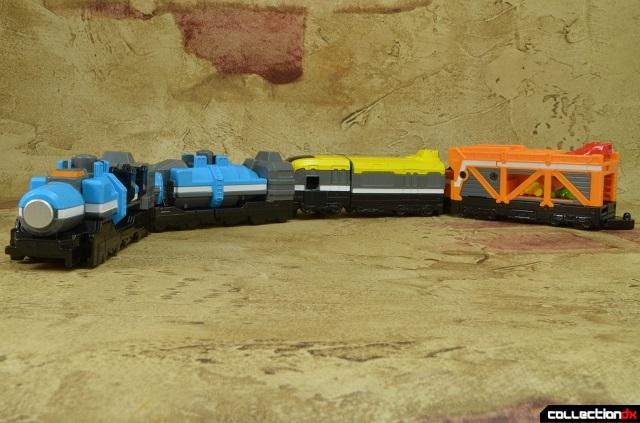 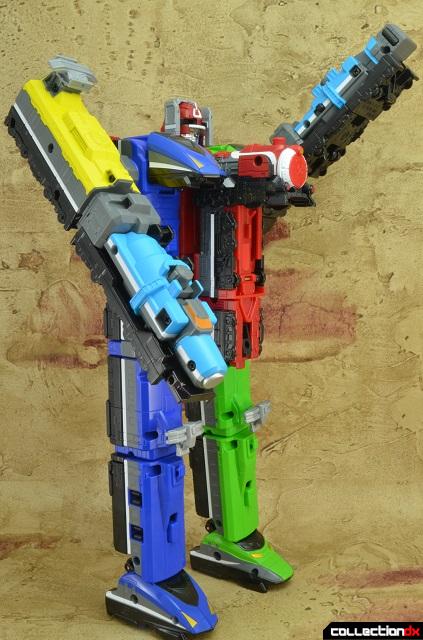 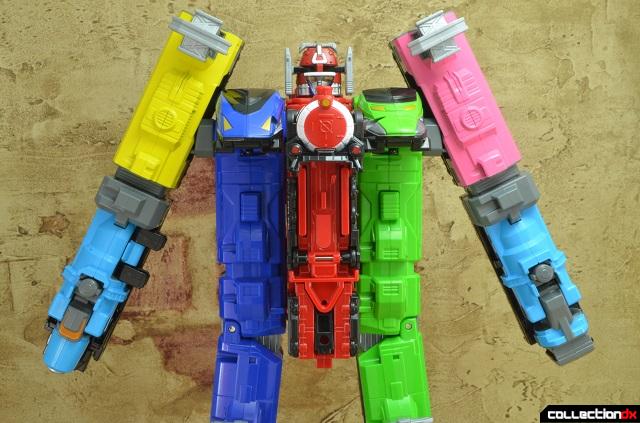 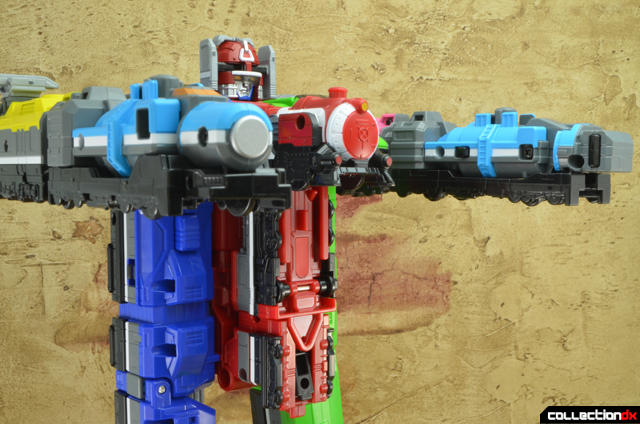 The left arm fairs better.The end of this arm looks somewhat like a fist, albeit a very blocky and generic looking one. 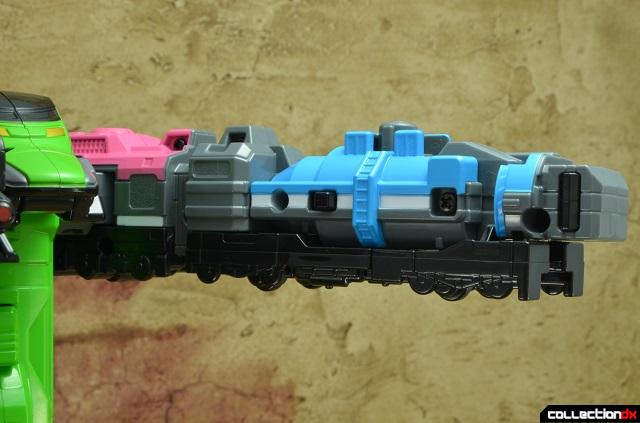 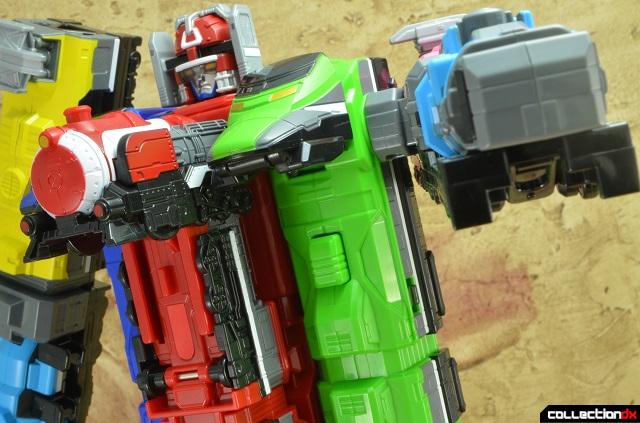 Equipped with the Tank Ressha forearms, the ToQ-Oh becomes a boxing robot that can throw fast and heavy punches at its opponent. Since the ToQ-Oh toy lacks elbow and other joints in the arms, posing is very limited. 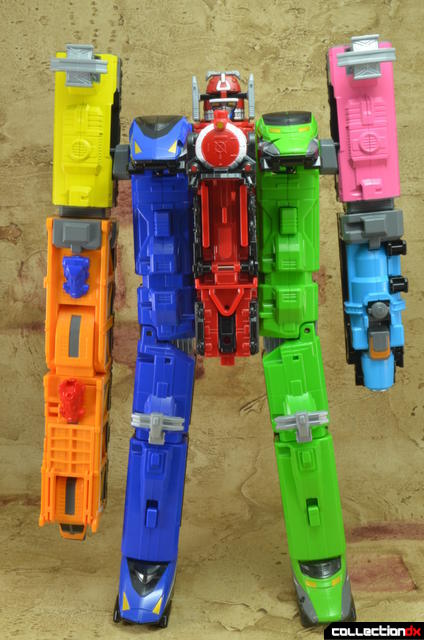 Like with the ToQ-Oh Car Carrier, I am not a big fan of the extra-long right arm of this combination. 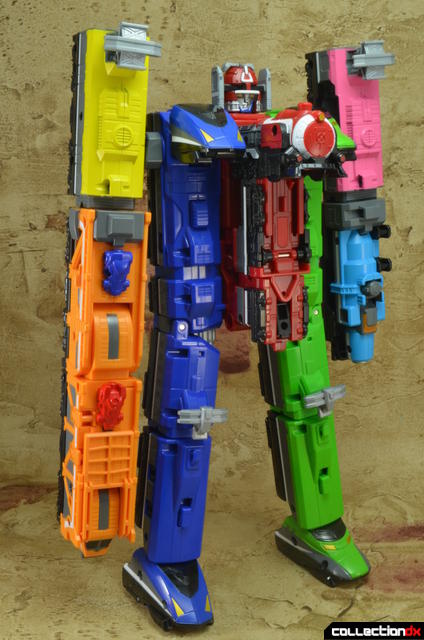 There is really nothing to this combination that we already haven’t seen in one way or another, unless you want to use your imagination and perform the finishing attack for this combination. 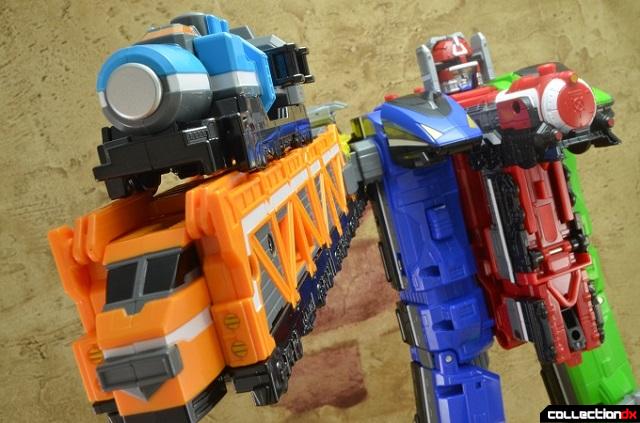 For the sounds that the ToQ Changer plays when you insert the Tank Ressha into it, please check out my video review. 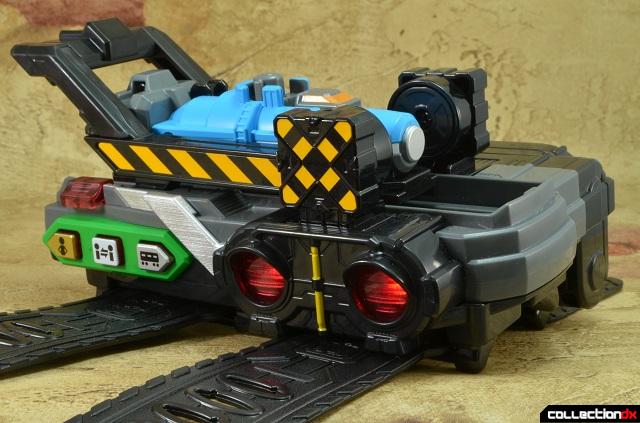 can't wait for my diesel ressha to finally arrive, so these guys can join their friend

Tank and Car Carrier will be happy to have Diesel in their midst.

This is by far the worst Super Sentai line of all times. This line is a complete... trainwreck.