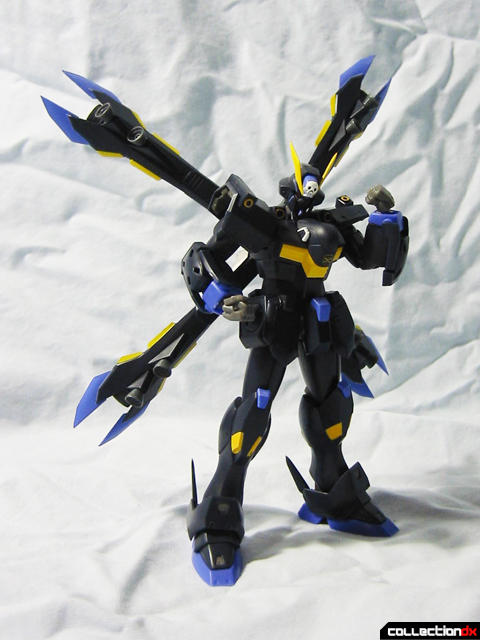 This Gundam is piloted by Zabine Chareux. You might remember him from the Gundam F-91 movie, the pilot of the Berga Giros (I love that mobile suit). 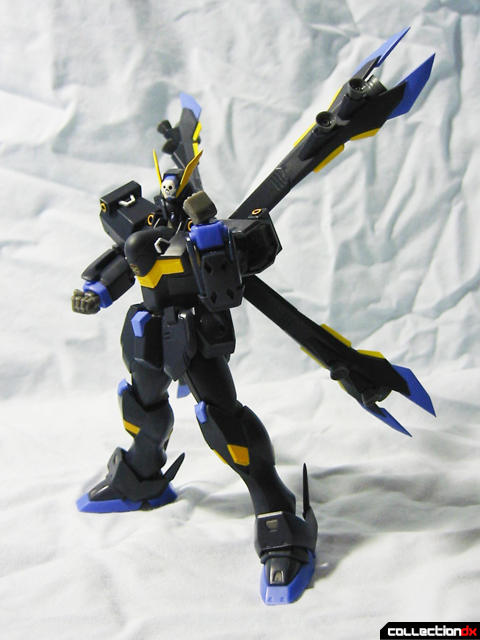 Released in 2014, this figure is cast in a black (actually a very dark purple) with grey and purple parts, giving it overall image that lets you know this is one evil dude. While this figure is 5 inches tall, it being from Crossbone Gundam, the mobile suits are much smaller thus this is actually in 1/144 scale more or less. 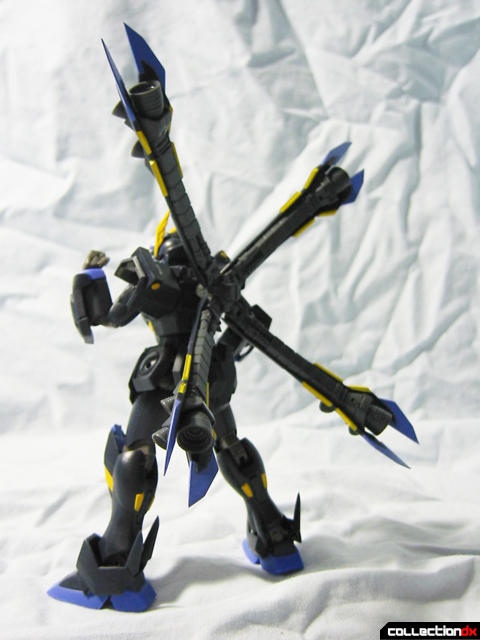 Handling it at first, some parts do like to pop off a bit more easily than I’d like, such as the lower right arm and the cover for the head (more on that later). Otherwise it’s still a solidly built figure. 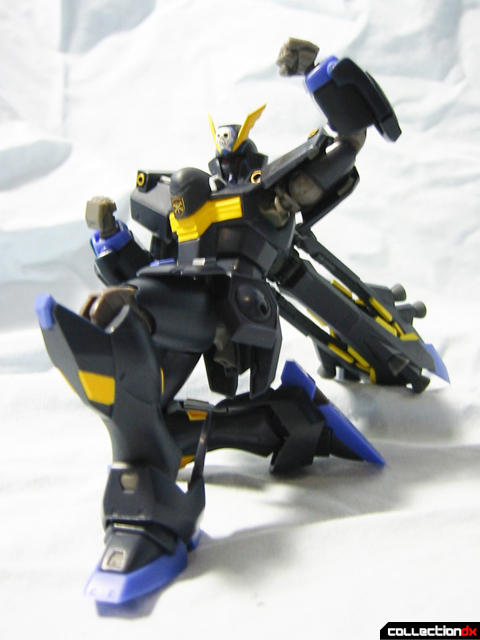 Initial pictures I’ve seen of the figure don’t really show off the range of articulation this toy has. While it has the usual points of articulation you’d expect in a Robot Damashii, it has some surprises like rotation just below the elbow so you can have the Brand Markers face the side. Also the toes can point upward (I love it when Robot Damashii can do that). 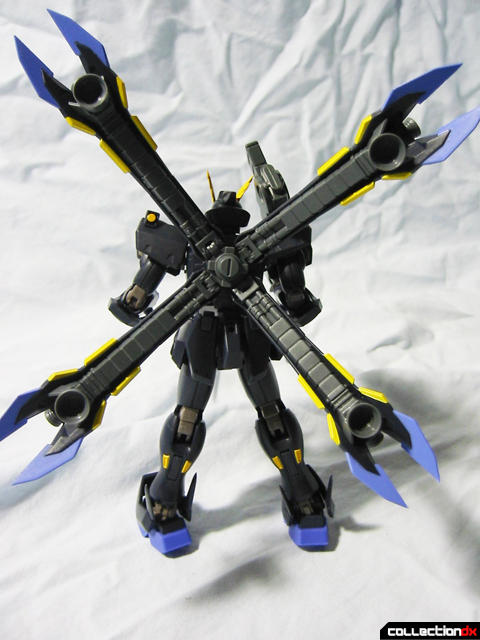 Even the rockets in the back are articulated so they face outward, something I didn’t realize until taking these photos. 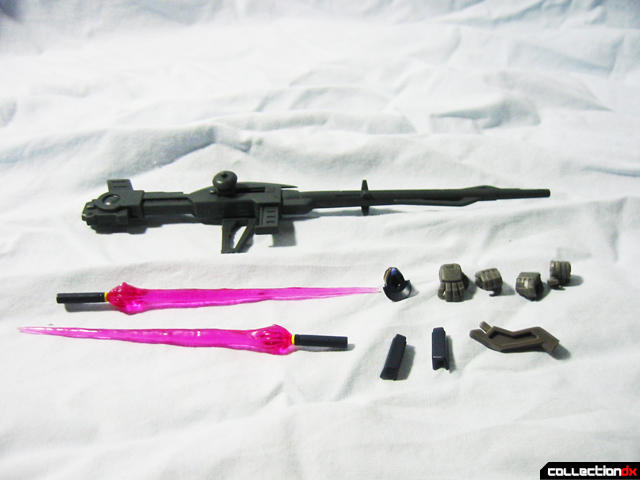 Accessory count is kind of low here. You get six hands (four right hands, two left), open face part, beam sabers, Buster Launcher, shoulder parts for when the beam sabers are out and a stand attachment. 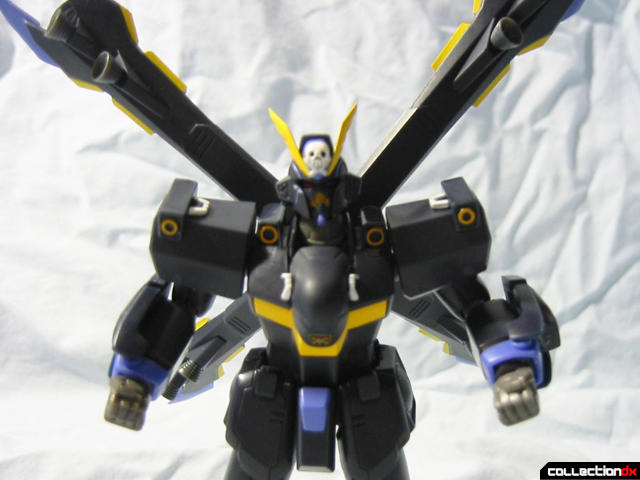 To do the alternate head with the open mouth, you take the head off (think of it as a helmet), then pop off the face from the neck. I’d prefer if this gimmick was two separate heads since the helmet comes off easily when handling it. 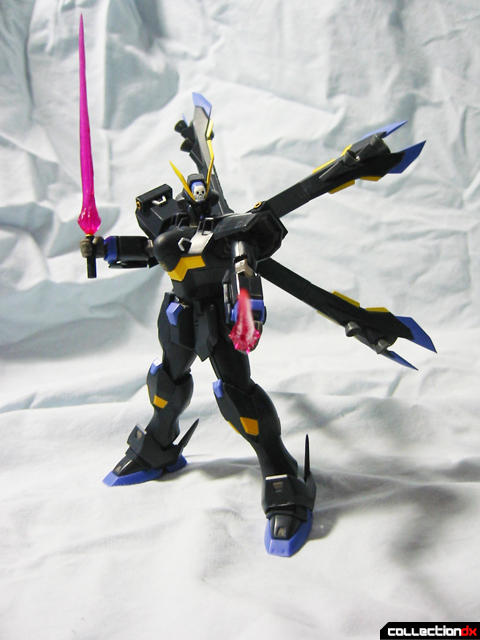 The beam sabers do indeed look nice as they have a bursting effect on the beam. 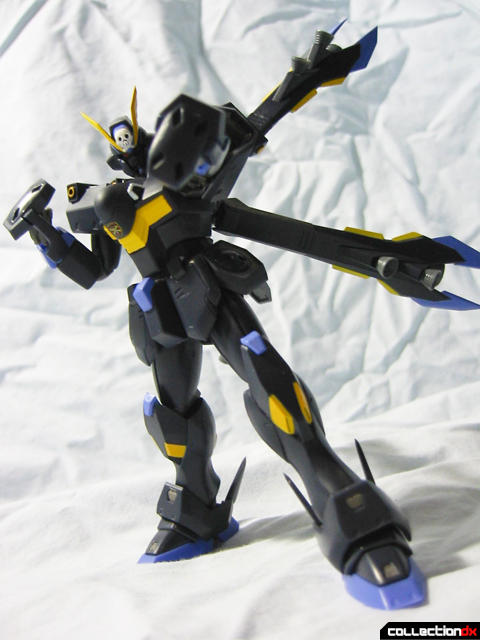 Here’s the Brand Markers. You’ll notice this doesn’t come with the actual beam. 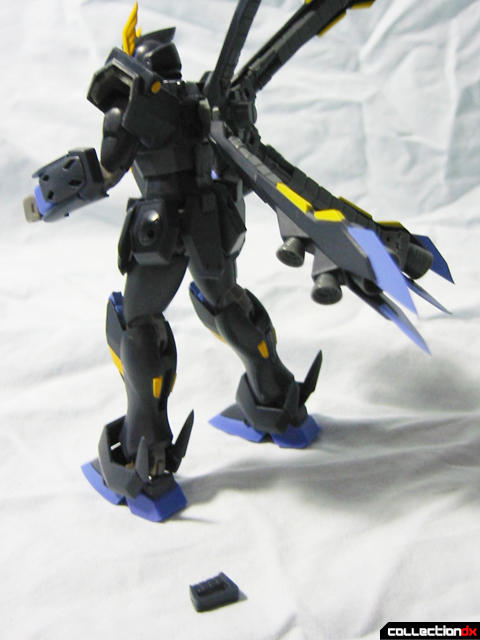 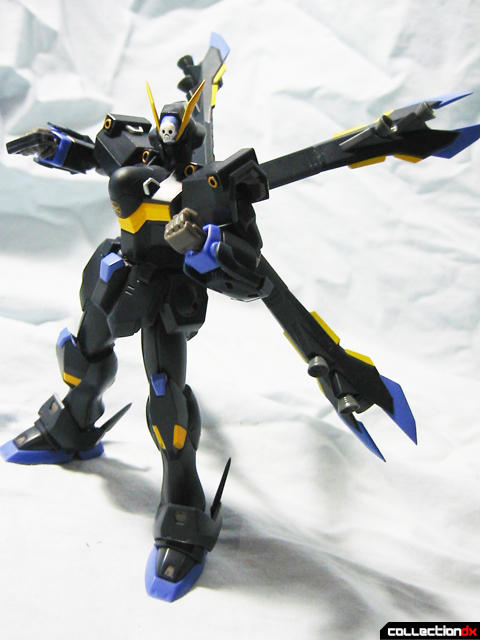 Same goes for the heat daggers. You get the hilt but not the blade for it. 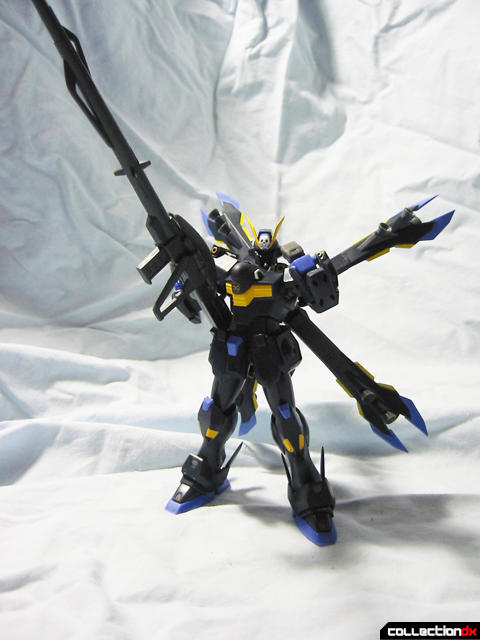 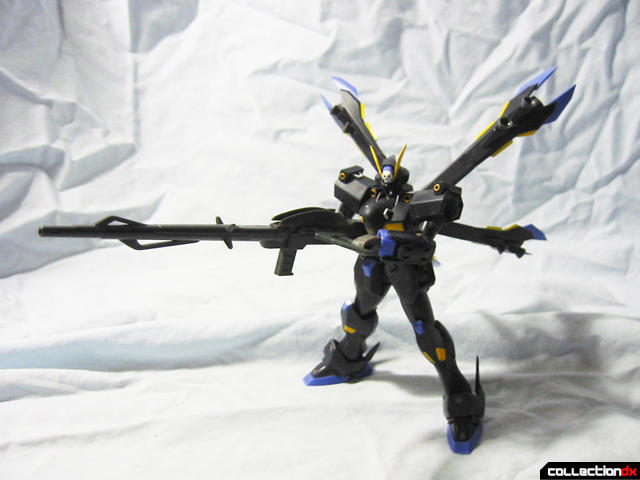 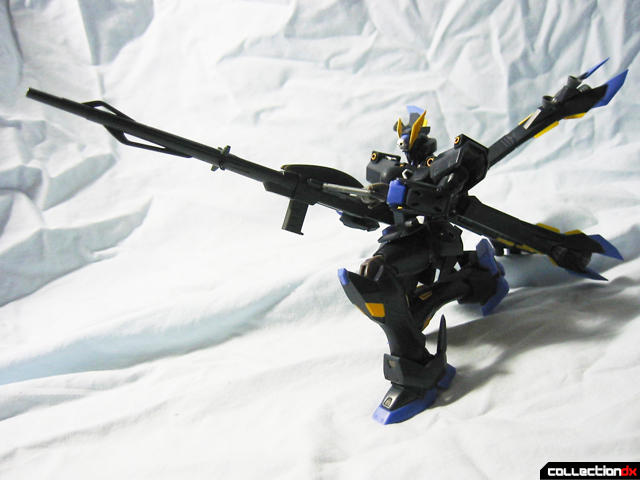 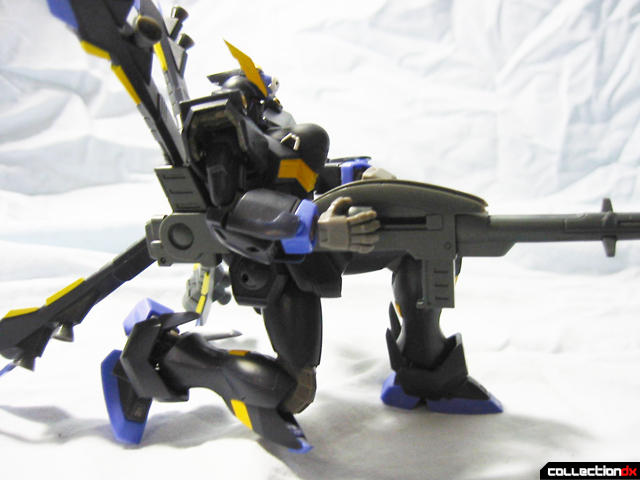 Finally, here it is, the Buster Launcher. Use the open palm right hand to peg into the side of the cannon while the left hand holds the grip. An impressive looking weapon with a sliding part on the side to simulate cocking (think of the weapon L-Gaim Mk2 has). 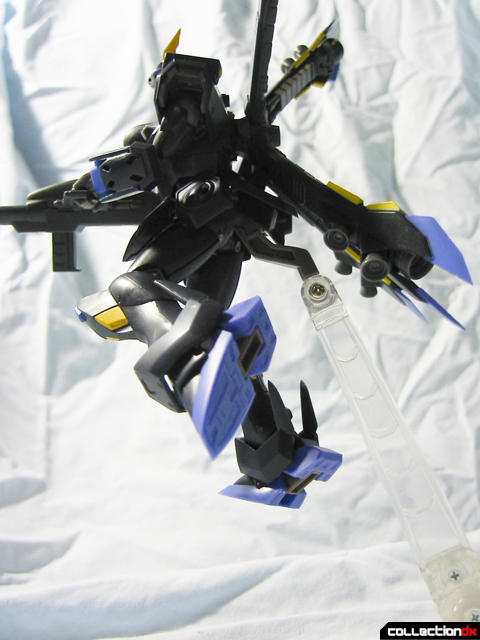 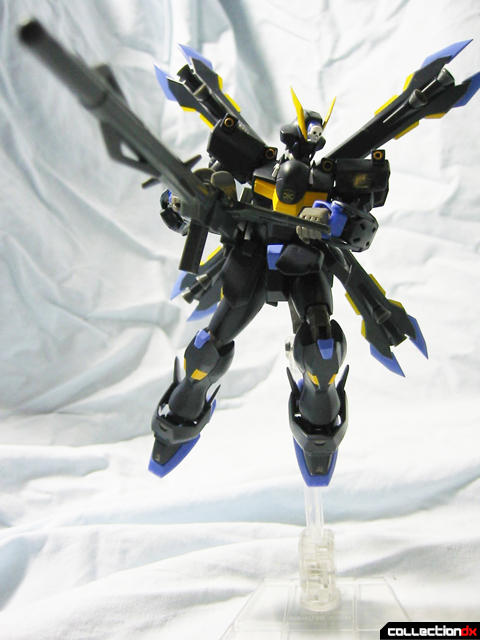 You can’t forget the stand attachment. The Crossbone looks great in mid air. 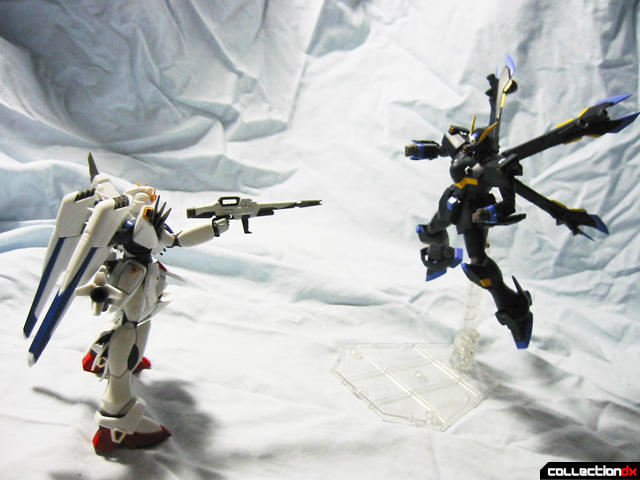 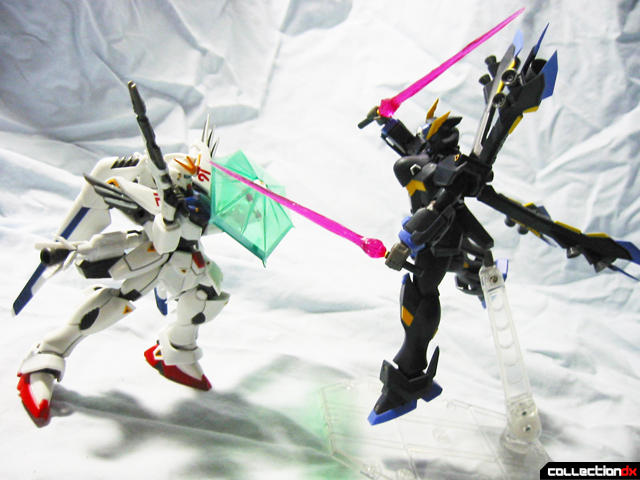 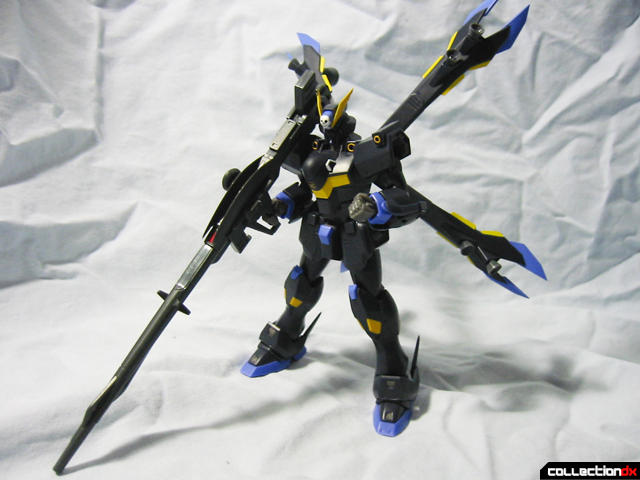 Overall, despite some parts coming off easier than I wish and certain weapons being neutered of their beam parts, this is still a fantastic Robot Damashii that I recommend.