The 2012 series Girls und Panzer is undoubtedly the least offensive anime relating to World War II made in some years. It takes place in a world much like our own, except high schools are on battleships and high school girls engage in senshadou (basically, “tank fu”) and battle other schools in tournaments. It's proven enough of a hit to get OVAs, a movie announced, and all sorts of merchandise, from Nendoroid Petits to Real Action Heroes. Today's review is of Figma Yukari Akiyama, one of the five girls who battles in Oarai High School's Panzer-IV. 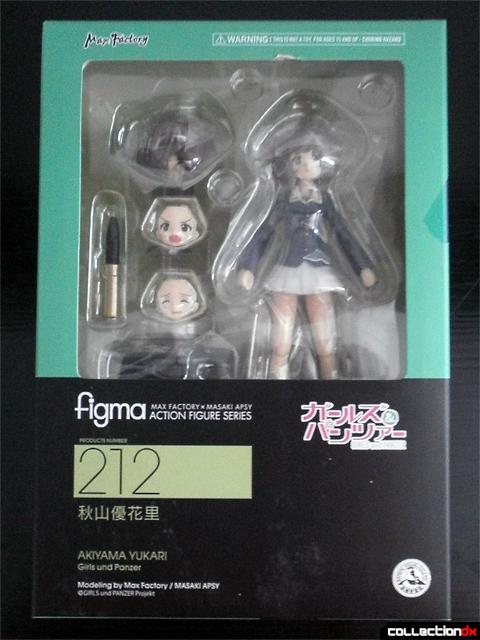 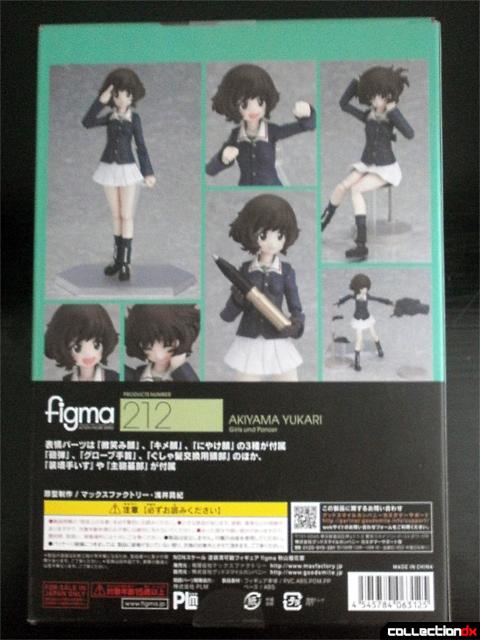 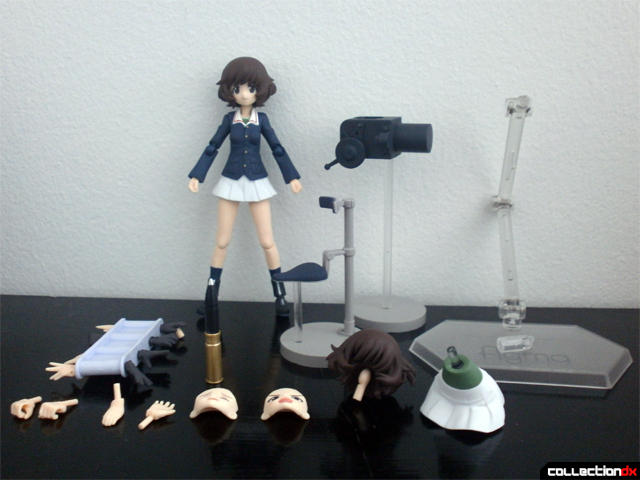 The box and its contents. As well as the figure, a stand, and a dozen extra hands, you get an extra hair piece, two swappable faces, and a different skirt piece so Yukari can sit. To replicate scenes inside the tank, there's a chair, a tank shell, and loading station. 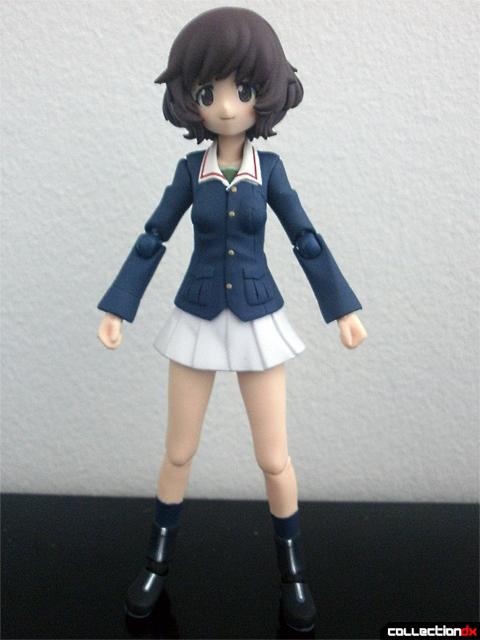 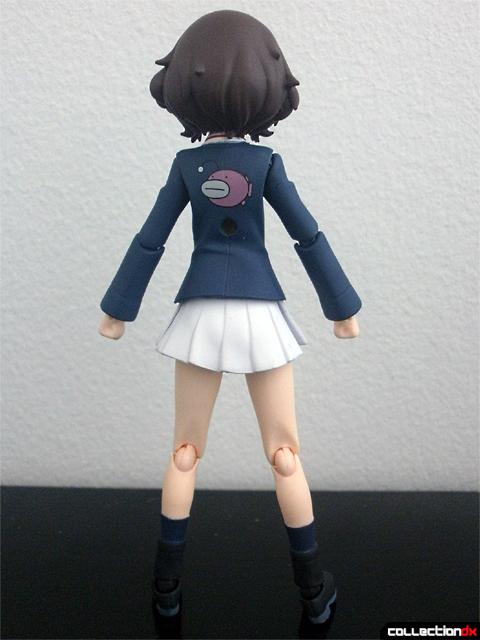 Although this isn't the most complicated character ever made into a Figma, there's no slacking on the details, and a wonderful paint job. The Angler Fish team logo on her back looks like it swam straight off the screen. As expected, there's practically no limit to her poseability, besides the skirt hindering movement at the hips. 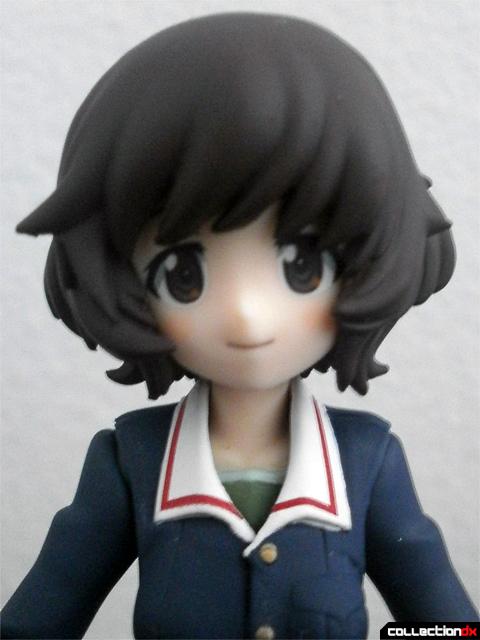 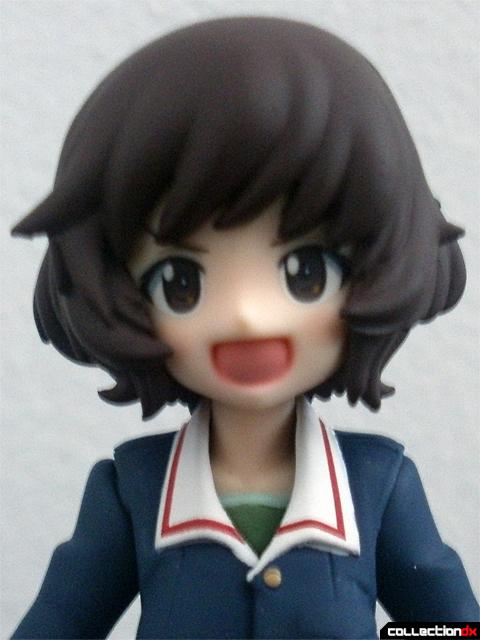 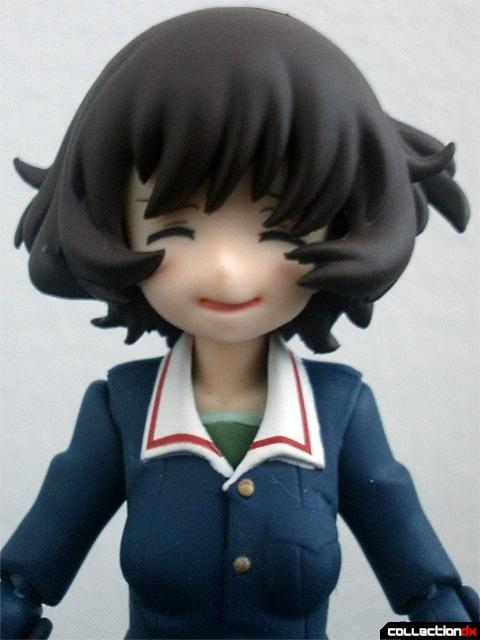 The default expression is a small smile, which you can replace with an outright exuberantly enthusiastic face. The last face goes with the other hair, for super hair-ruffling action. 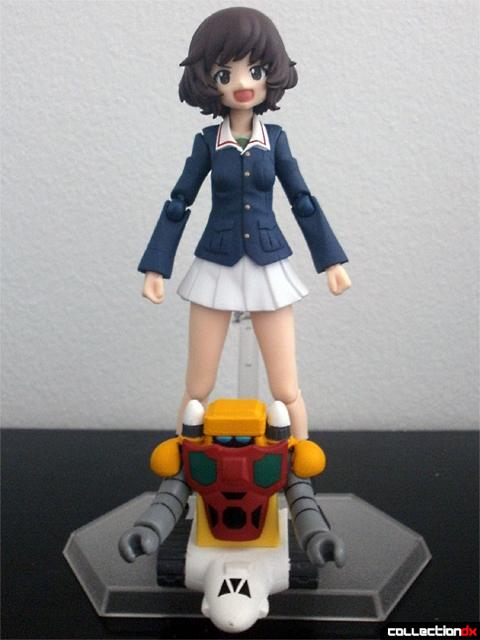 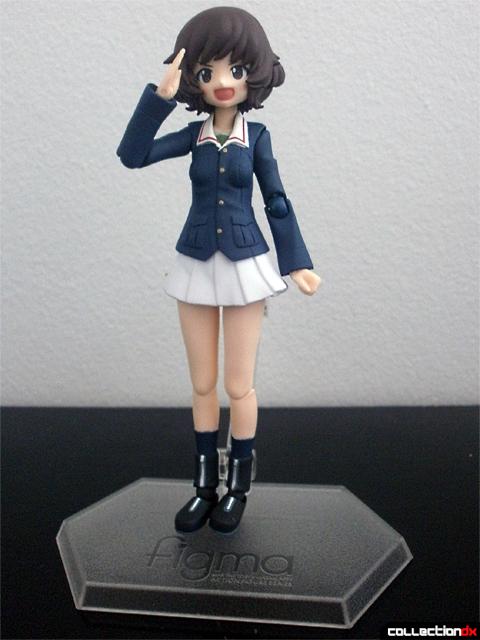 Filling in for the normal Nise Gundam size comparison, we have a tiny Getter 3, which seemed more fitting since it has tank treads. Once the stand is attached, Yukari is ready for action, showing off her signature salute. 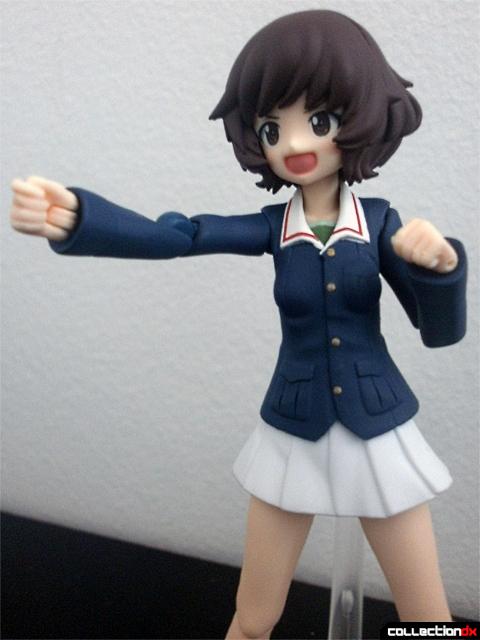 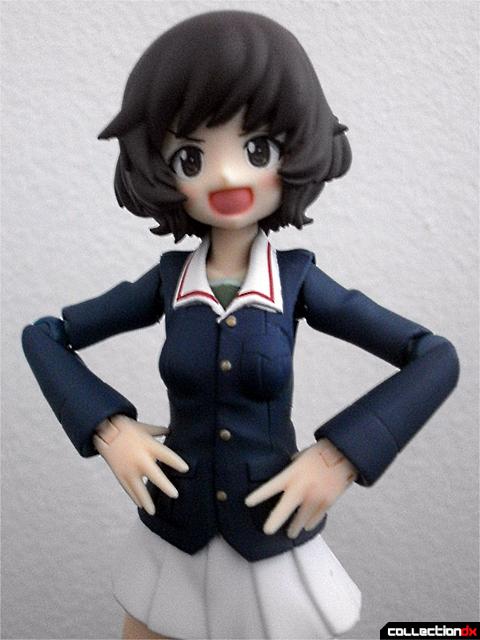 With over a dozen optional hands included, there's very little Yukari can't do. 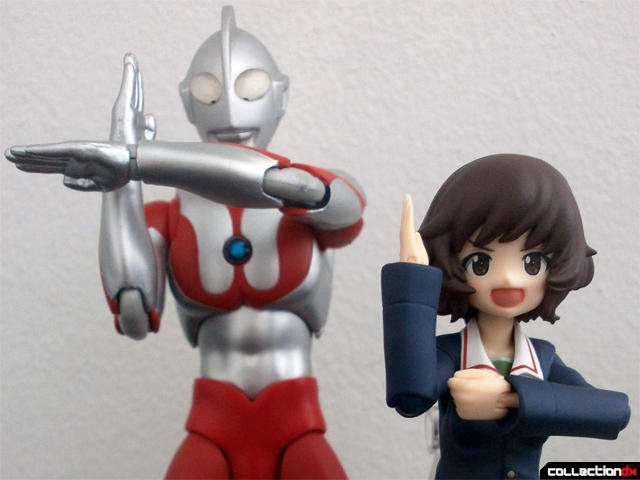 Plus the saluting hand allows for some unexpected crossovers. 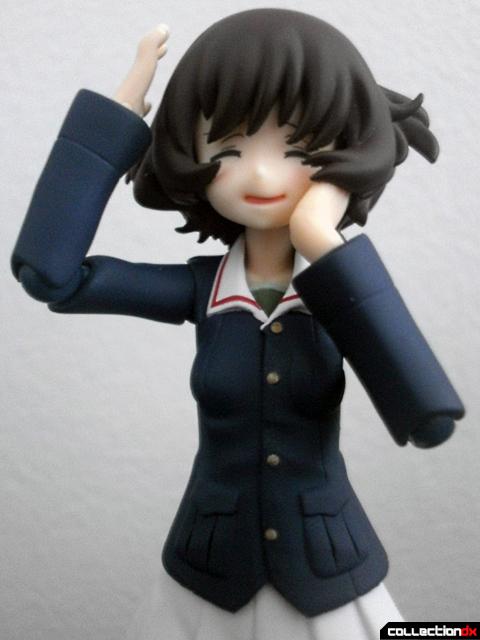 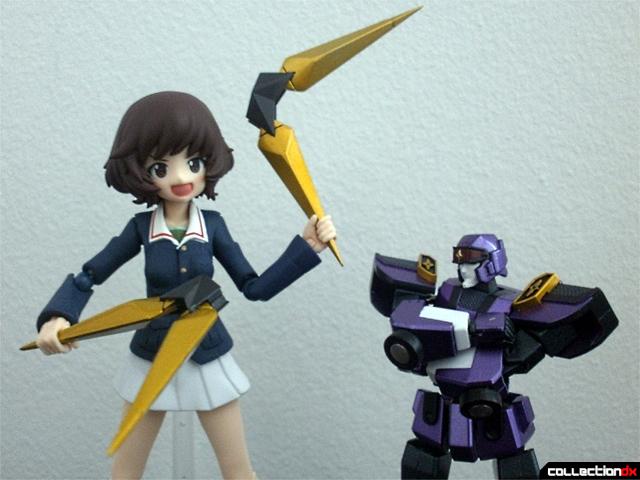 Plus, there's even ones to hold other accessories, but none are included. The hands are very small, the only things I could find for her to wield were Volfogg's Silver Moon boomerangs. 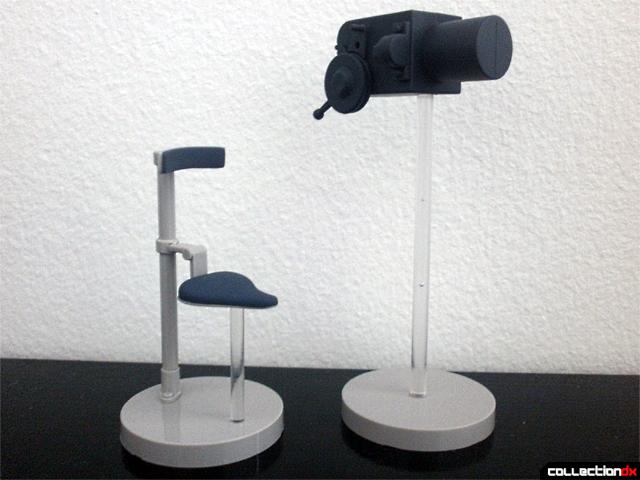 Here's everything you need to put Yukari at her usual position as loader. 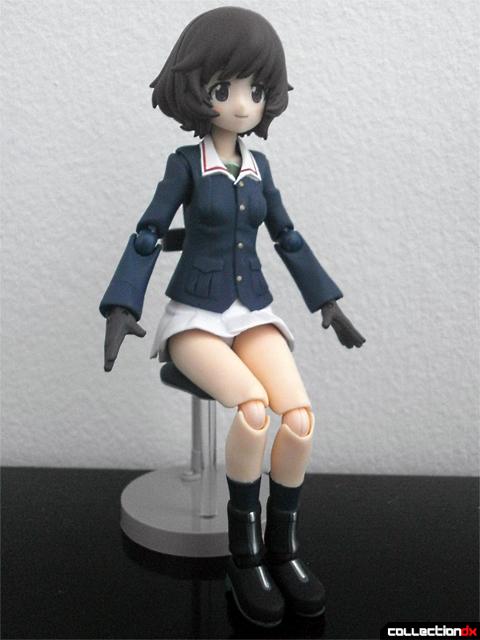 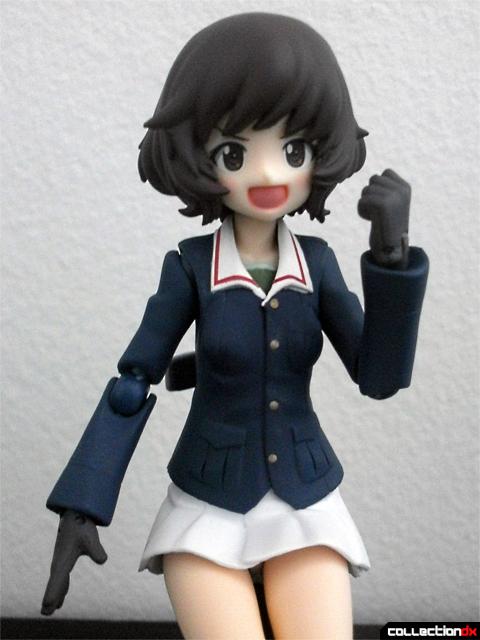 This is where the alternate skirt comes into place, swapping between the two is simple, although you will have to remove and reattach her legs. This is also where the black alternate hands come into play, as Yukari wears gloves while in the tank. 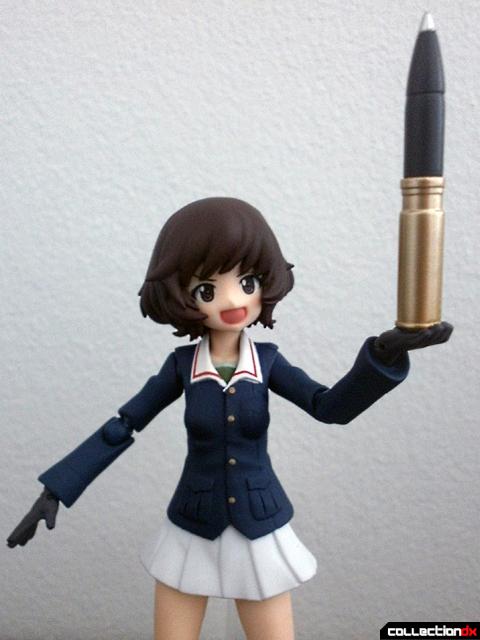 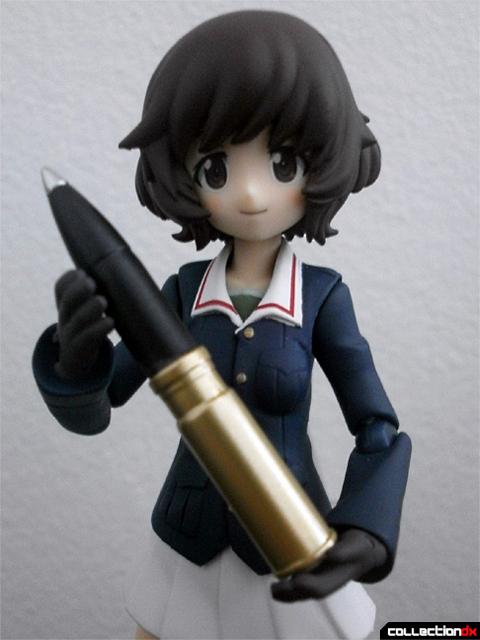 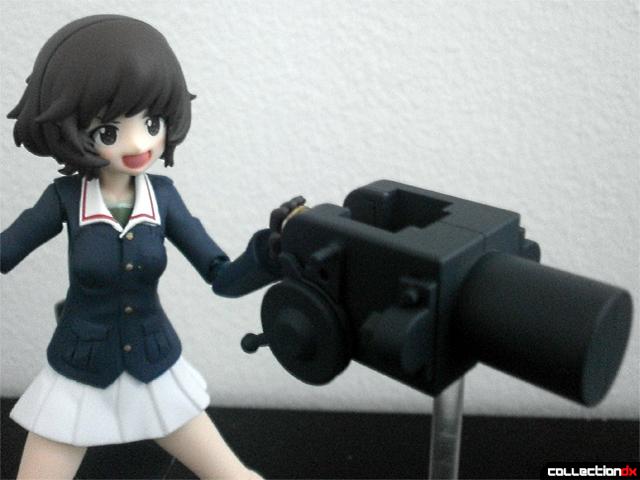 One of the optional left hands has a peg that plugs into the bottom of the shell. There's a hole in the back of the loader to place the shell in, but you can't actually fire it. 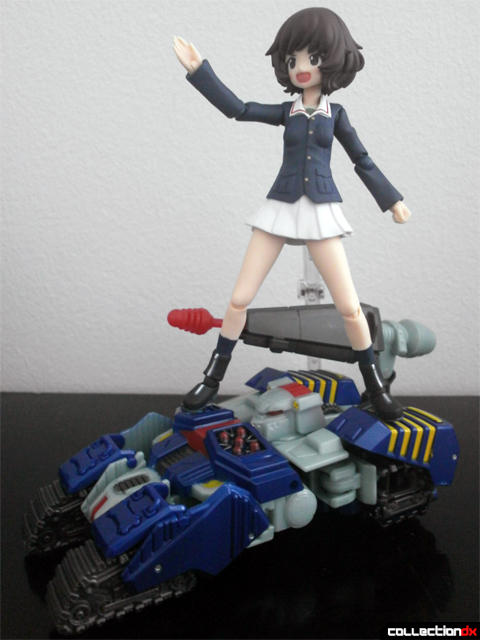 While Max Factory has announced a Panzer IV that's in scale to the Girls und Panzer figma, I find it's much more fun to display Yukari with other smaller tanks. Panzer vor! 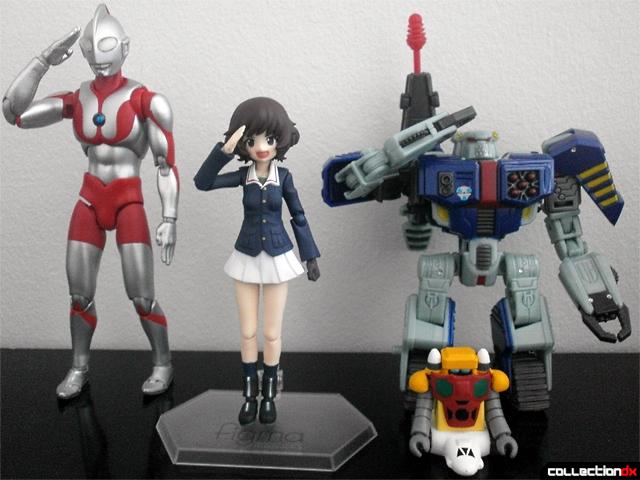 Akiyama Yukari is a first-rate offering from the Figma line, and I'd definitely recommend grabbing her if you're a fan of the series.