She’s the reigning queen of magical girls and, at present, the subject of one of the most beautiful lines of figurines around. Max Factory’s Ultimate Madoka, from the figma line, might not be a glorious as that Good Smile statue, but man is it close. 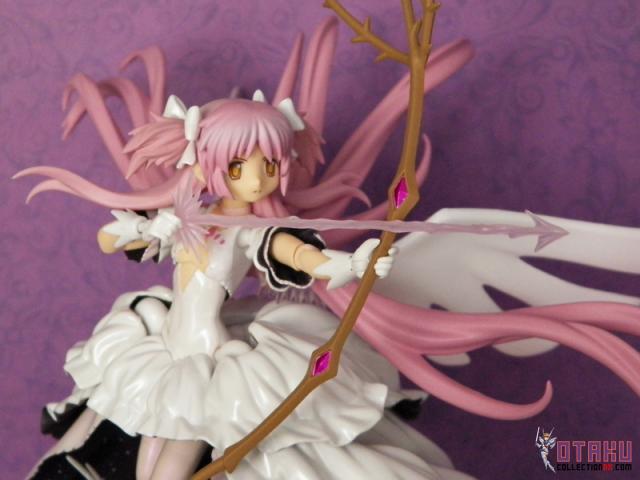 I was really excited to get my hands on this figma (courtesy of the fine folks at Angolz). Like everyone else, I obsessed over “Madoka Magica,” and while I have plenty of other figures from this series (notably Nendos), this is my first Ultimate Madoka. 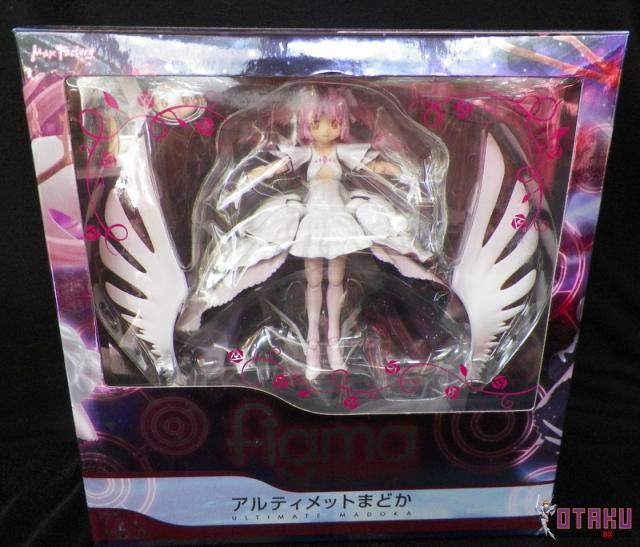 Her casing is three-tiered. That’s a lot of plastic and accessories. 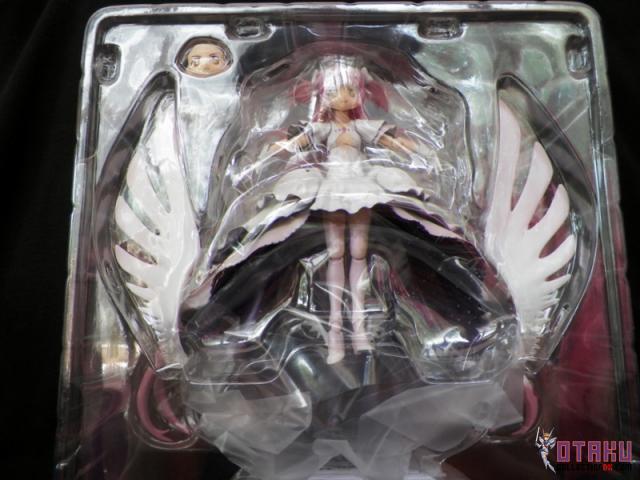 And here she is out of the box! 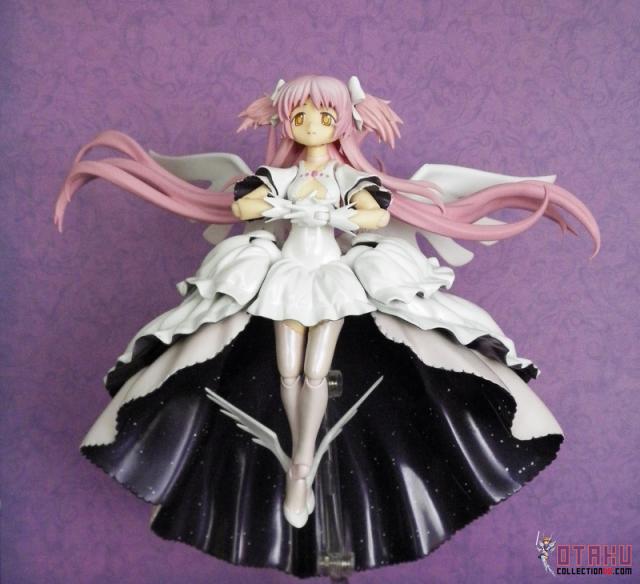 She’s a tall girl. The skirt alone is just massive, and Madoka doesn’t stand on her stand - she hovers. Add in the wingspan of her combined hair and wings and you’ve got something much bigger than your ordinary 1/8 figma. The view from the side is probably the best illustration of just how big she is. 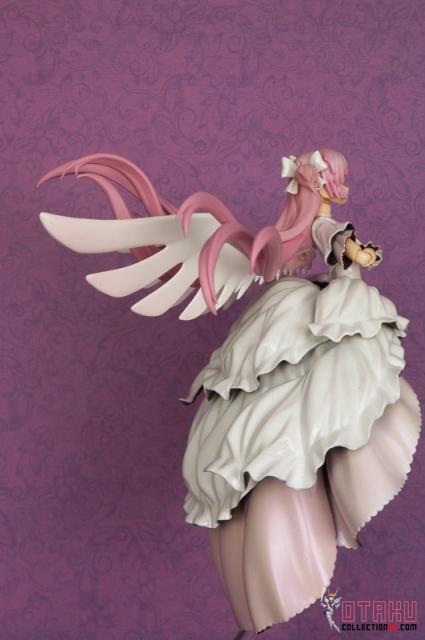 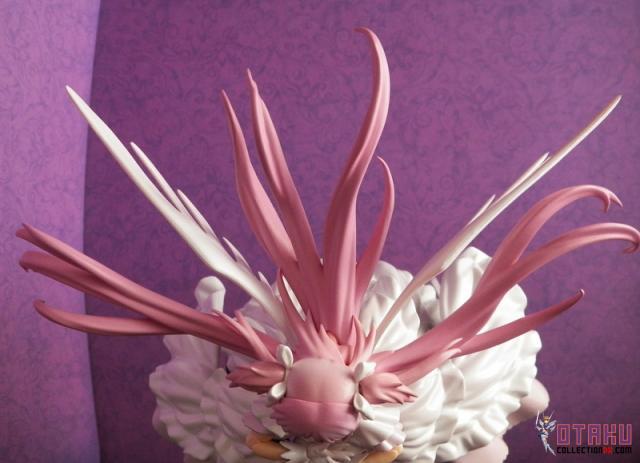 Because she’s so big, she has a lot of parts. The wings have to be snapped in, as do the side bits of hair (which, oddly, remind me of elephant tusks). She also has some fairly substantial ball joints, like the one on the back of her head which moves around one of her hair pieces. 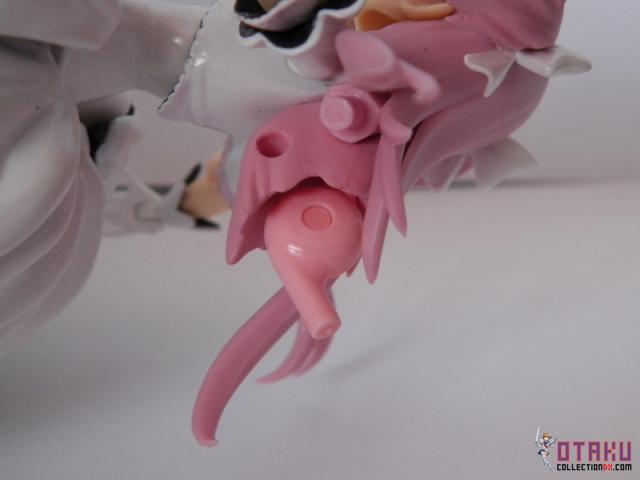 The side hair strands come with a plug in the holes. Kind of odd. 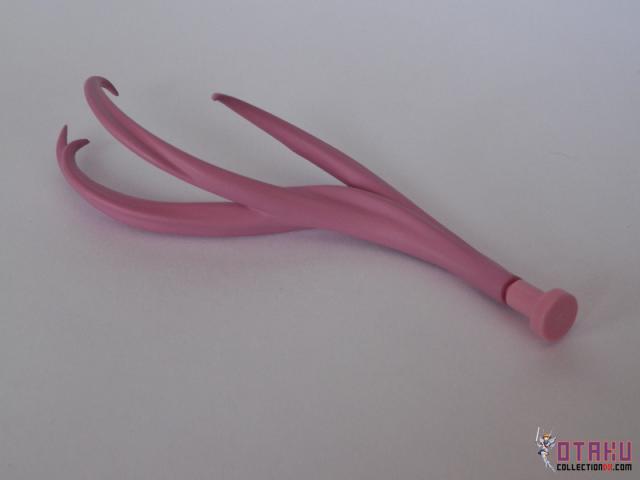 I’m not going to lie: putting Madoka together is a bitch. Not because the parts are difficult to assemble (though those wings do get a little annoying at times, mostly due to all that hair), but because there are just so many working parts going on at once that it is very easy to knock one thing out of alignment while adjusting another. Then, sometimes, while you go back to fix the second thing, she rotates on her stand, or just falls over, knocking everything you just fixed out of whack again. This happened more than a few times. She’s heavy, she’s complicated. There are five joints in her skirt alone, six parts on her back, and a torso that is really difficult to line up properly while posing. And when you add on that all that weight is balanced on that one little peg… like I said. Complicated.

She’s worth it, though. 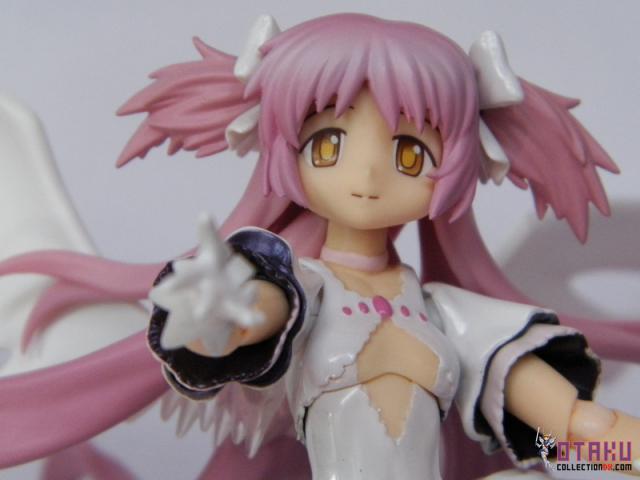 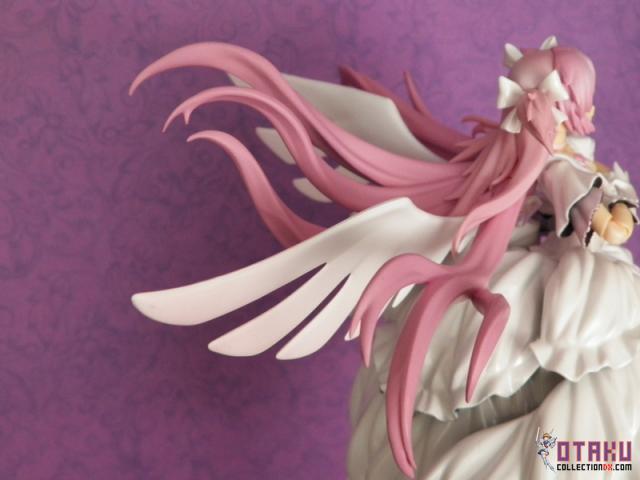 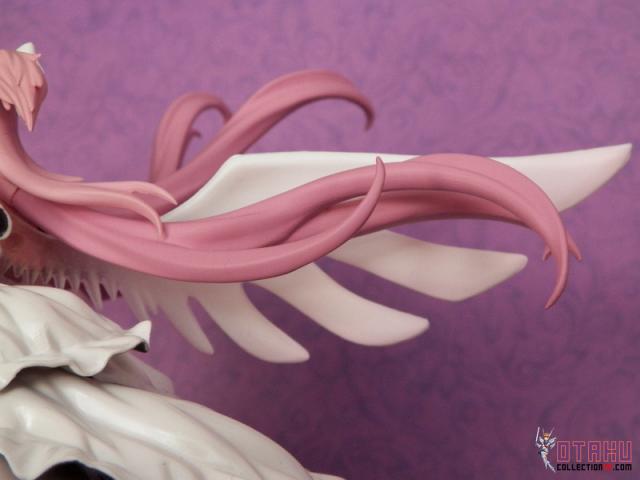 Her hair and wings are just beautiful. The wings actually fade to a very pretty pink blush, which is kind of difficult to see against the purple-ish background. Have a look at it against the white. 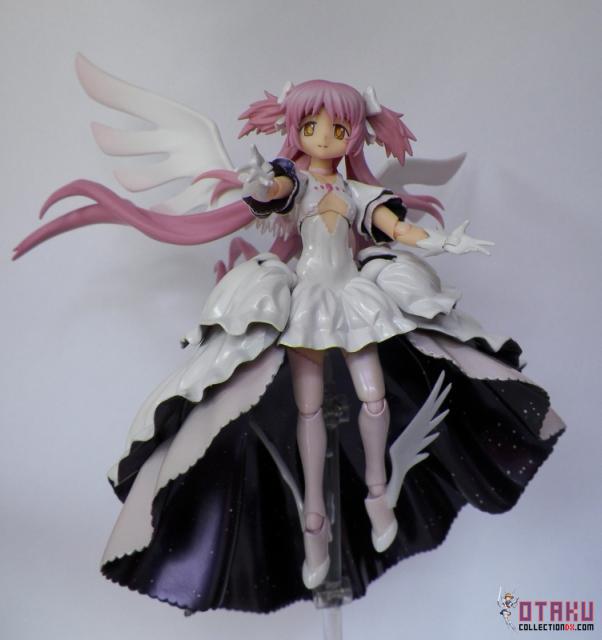 And now for the skirt. 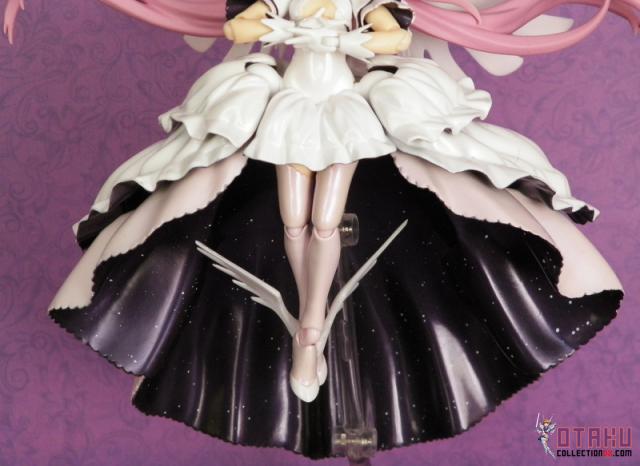 I love the concept of the skirt, even if it does get the “He’s got the whole world in his hands” song stuck in my head - lyrics changed to “She’s got the whole universe in her skirt,” naturally. 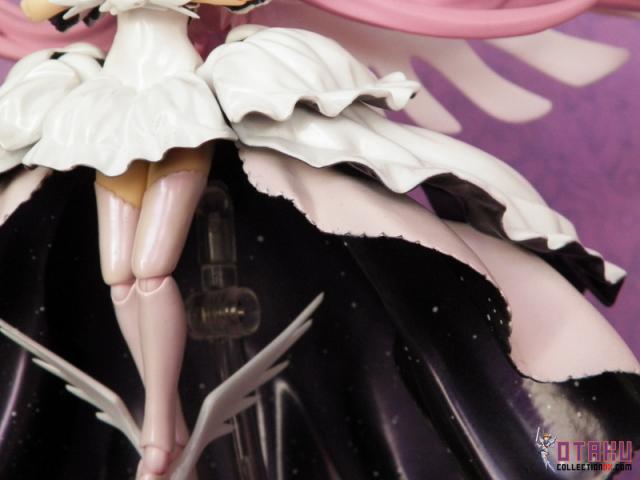 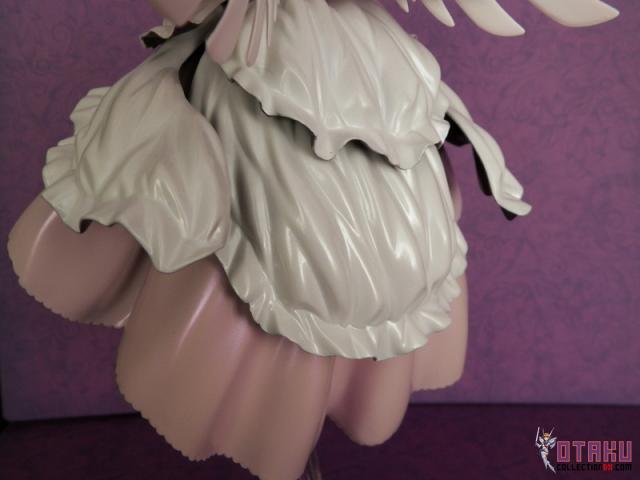 You can see how the parts move a little better here. 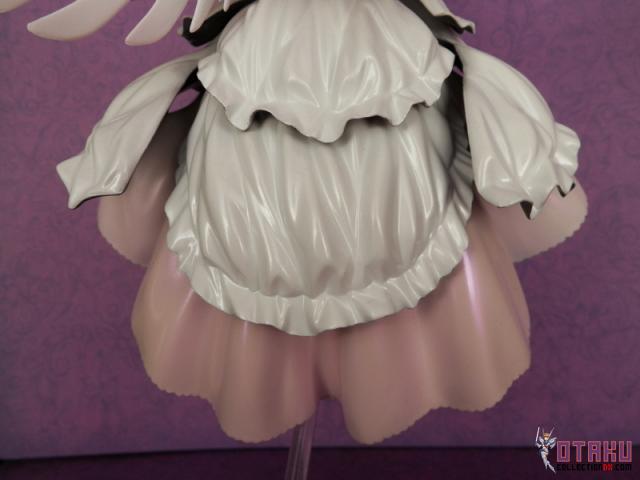 I love the colors in the skirt. The white is slightly opalescent. The sculpt on the white part is particularly well done, too. It looks like it’s billowing in the wind. 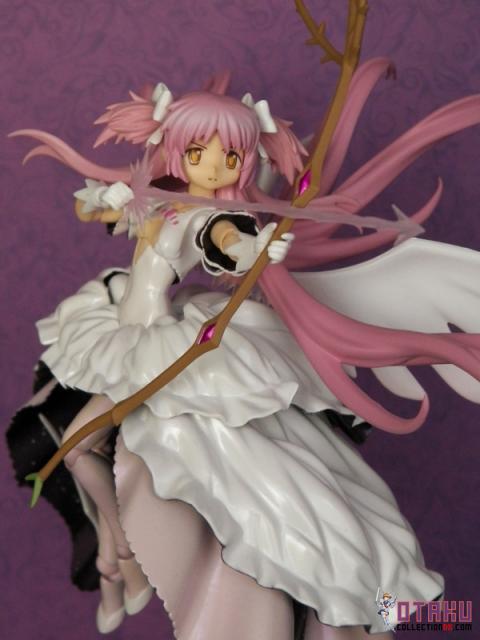 This is the game face. She means business. 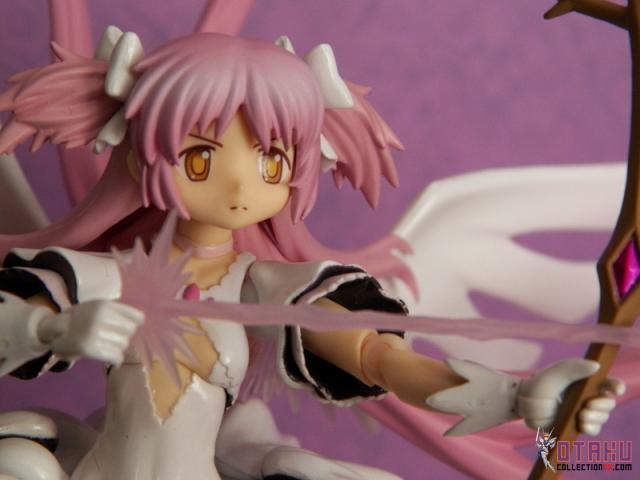 The arrow is a little precariously placed. The burst at the end does fit into her hand but it doesn’t really lock in. There’s no snap, just balance and gravity. 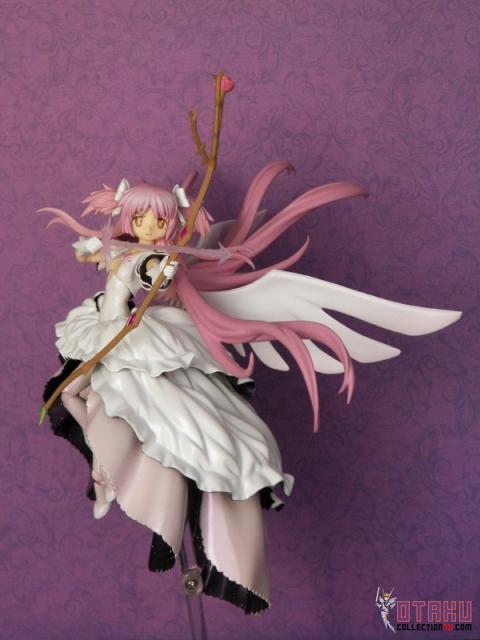 This shot shows you the full length of the bow. The rose on top is very pretty. 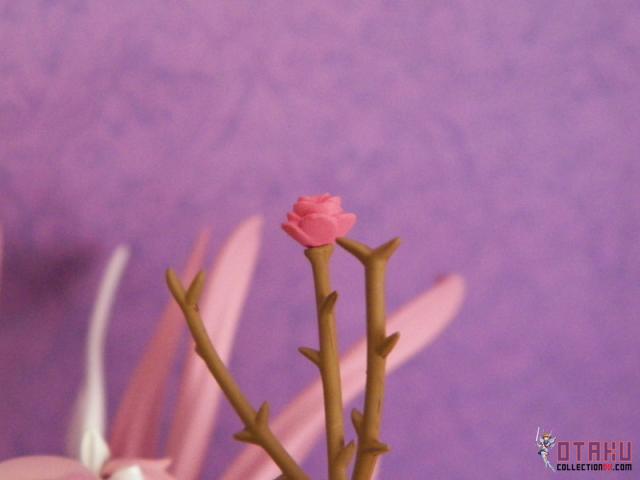 In the next picture, look at her belly. 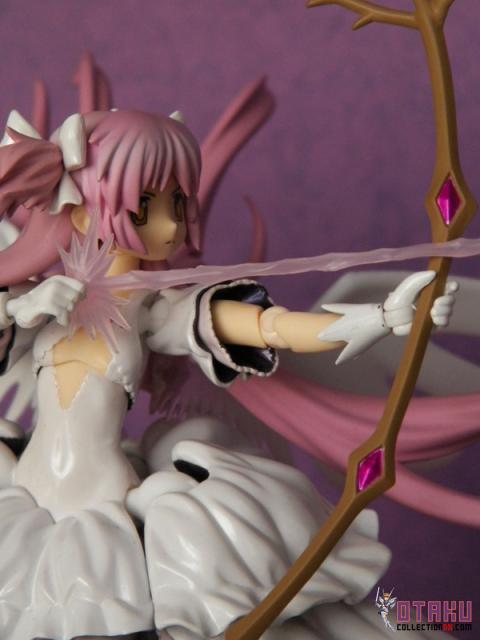 I can’t tell if I think it’s weird that the anime industry has gotten really good at belly sculpts or if I’m just grateful they did, because look at that. It’s so pretty. It’s got a feminine curve and swell. She’s lovely.

So, bottom line? This is a gorgeous figure. She’s high maintenance, but worthwhile, in my opinion. More than likely she’ll end up being one of the  centerpiece figures in my collection. A crown jewel.

You can check out more info on her on Good Smile's website, or purchase her at Angolz.