I’m fond of Nitroplus. Those guys have some of the most twisted minds around; after all, they’re responsible for giving us Gen Urobuchi, AKA the Butcher, most commonly known as the man behind Madoka Magica, Fate/Zero, Gargantia on the Verdurous Planet and Psycho-Pass. Of course, Super Sonico has nothing to do with all of that; she’s just the mascot who has appeared in visual novels and a whole lot of tawdry fan art. That’ll happen when your mascot has breasts so big they have their own gravitational pull. 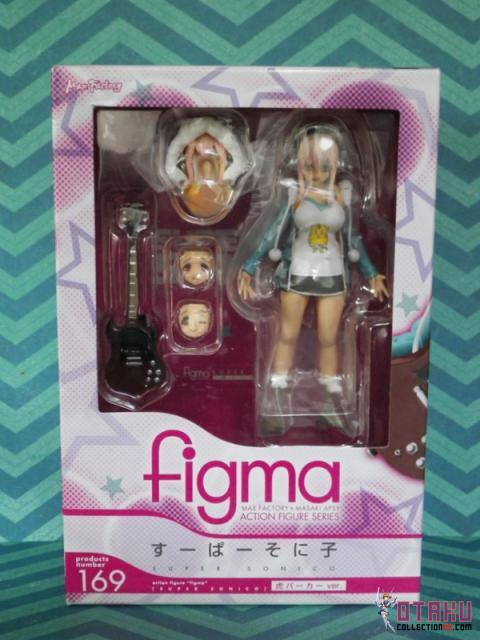 And in the case: 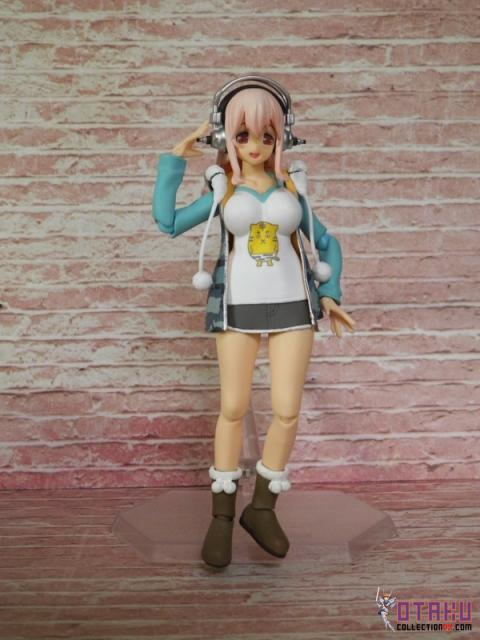 And out of the box:

This is the Tiger Hoodie Version, and as you can see she’s sporting the blue tiger “striped” hoodie. The cutest thing about that outfit, though, has got to be the very grumpy cat on the shirt. 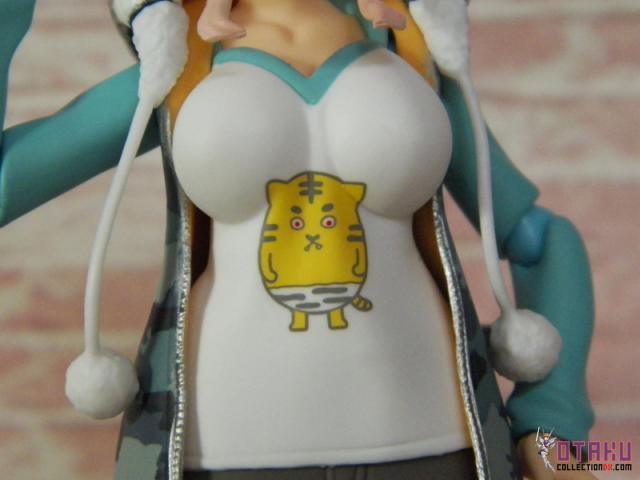 She’s got a very sweet face: 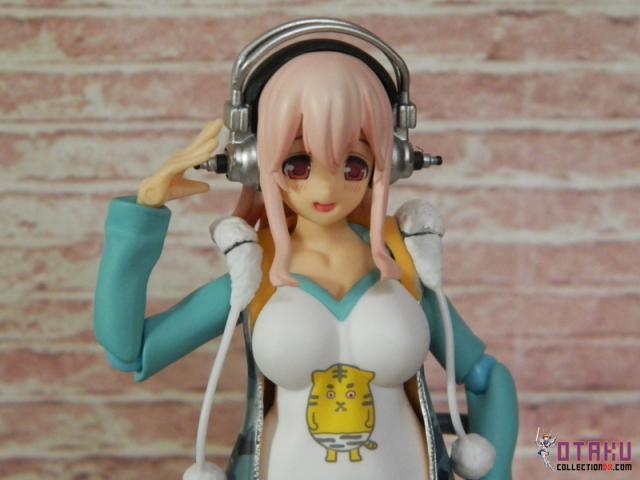 I put stripes in quotes earlier; that’s because her camo look is really in the pattern of cranky diaper cat instead of the traditional blotches or tiger stripes. She does have an adorable little tail and ears on the hood. 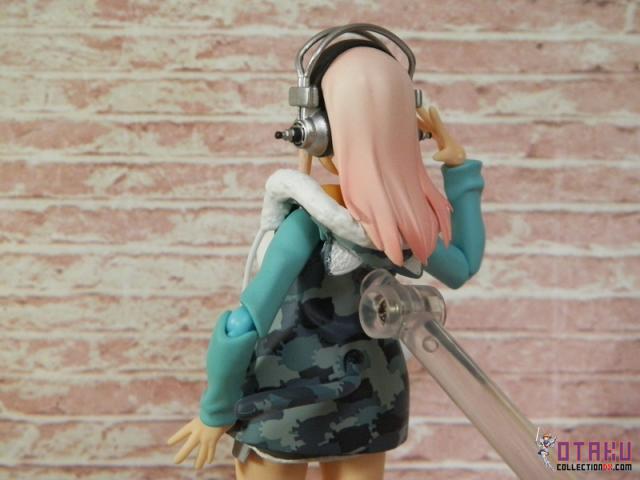 You can also see the fade in her hair from this angle. It looks very nice.

Sonico comes with other faces, including this coy wink. 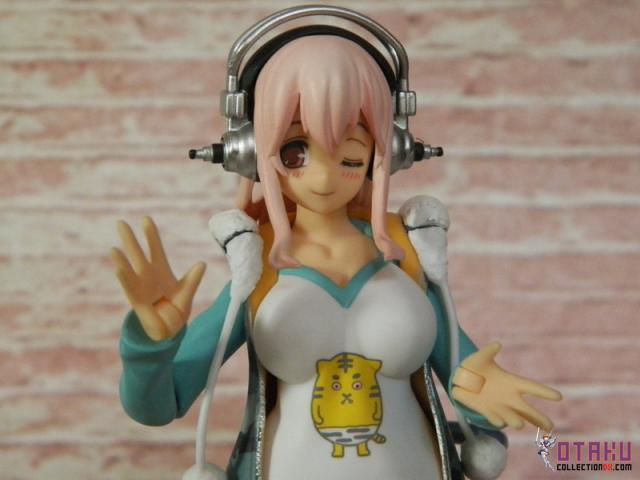 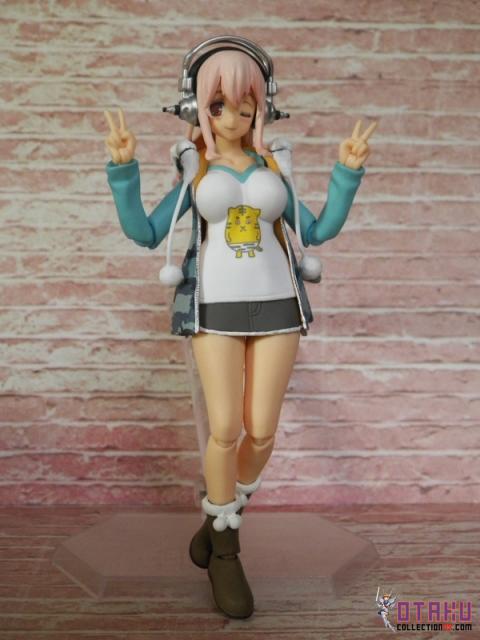 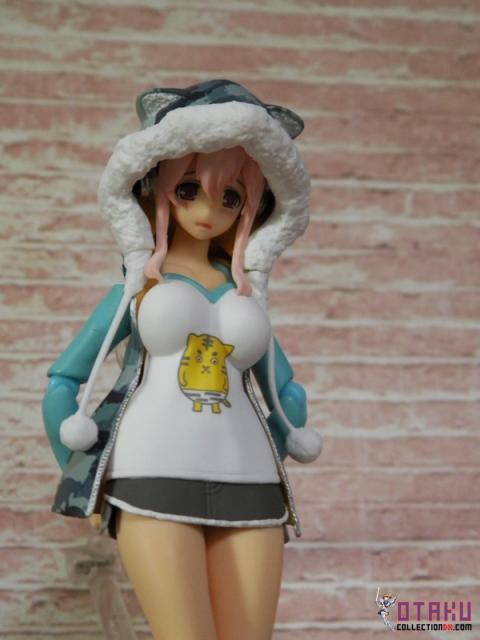 So sad! This version of the hoodie is kind of difficult to handle. The fluffy trim comes off, allowing you to put the face of your choice on her. Once the hood is back on, though, you really have to maneuver around it to attach the hood.  Once it’s on you’re good, but it takes a little wiggling and patience. 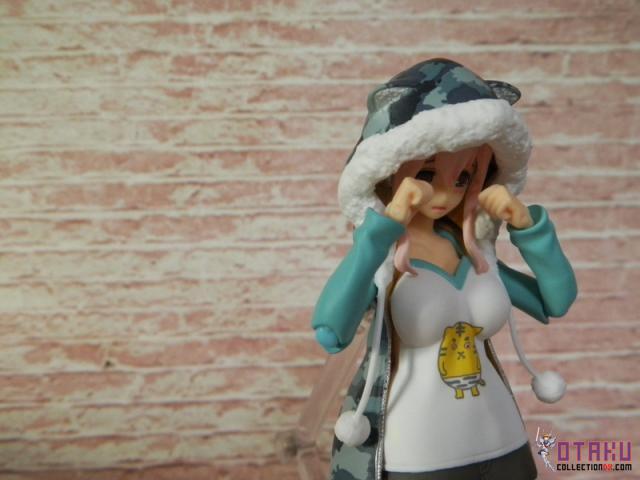 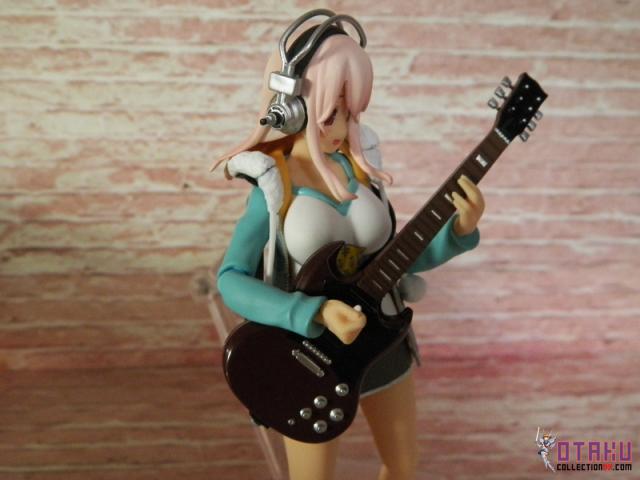 Notice how well the hands go with that guitar. Usually you have to wrangle them, but Sonico’s hands know just where to go. It’s really well done.

All in all? She’s pretty fun! I had a little trouble with her hood, but for the most part everything with Sonico is simple and easy. She’s a lot more photogenic than I anticipated, and from hands to faces, she’s very expressive.