I found these guys at a local discount store (Discount Madness!), and although obviously crappy, I can never resist a bootleg, especially one I have never seen before.

The box is full of great engrish. The line is called "Speed Police", but the robots have individual names. 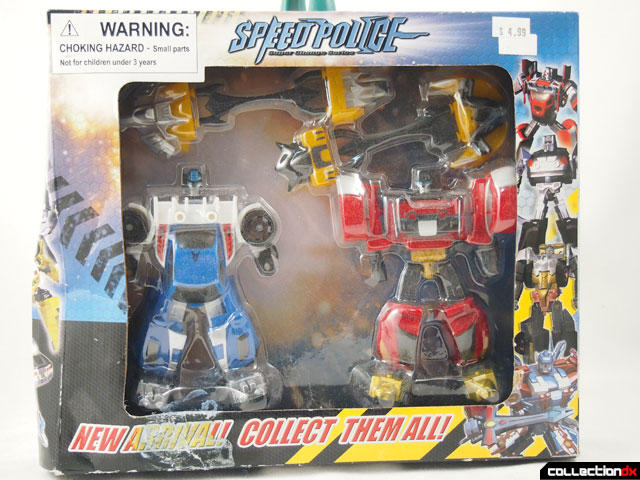 Apparently this is a "NEW ARRIVAL"

The back now calls them "The Configurators" There are four models pictured, 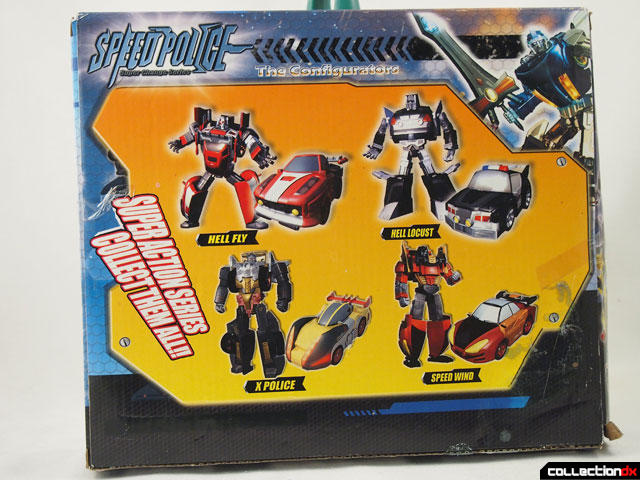 None of them accurately represent the models I have, but I would guess these are variations of Hell Fly and Speed Wind.

This was made by a Chinese company called EVER MAN INDUSTRIES out of ZHONGSHAN China. However in the states they are brought to you by Midwestern Home Products of Columbus Ohio. 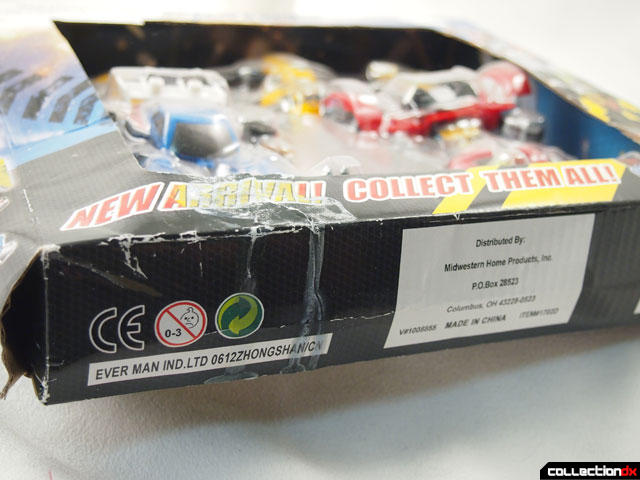 The robots themselves are actually not bad. The plastic is decent, the molds decent and they feel alright. If these are a bootleg of some other product I don't know what. 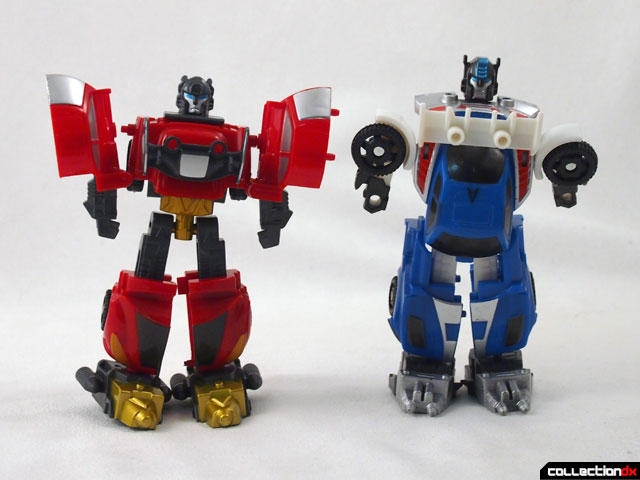 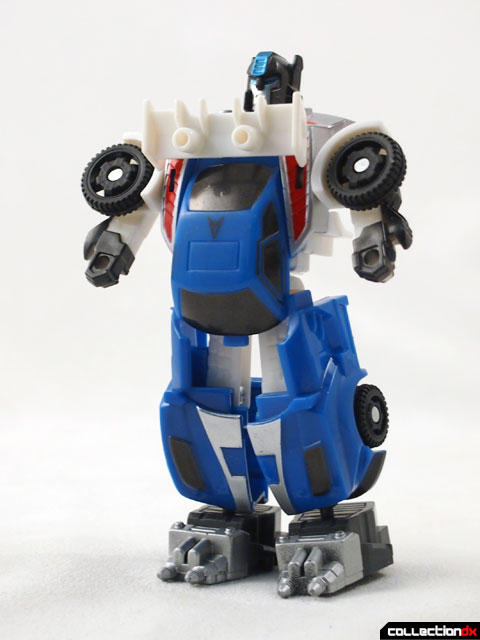 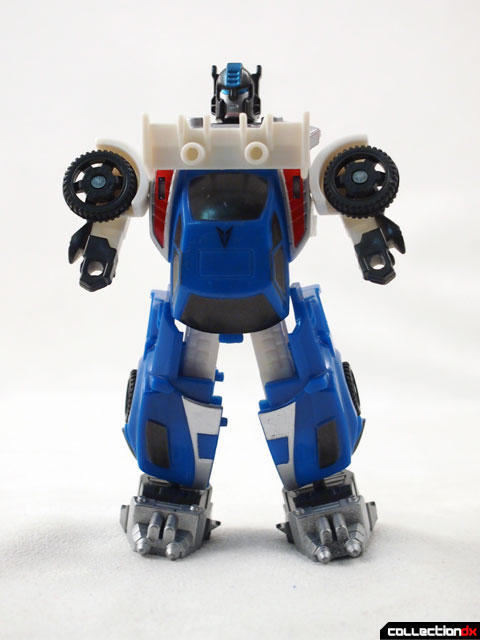 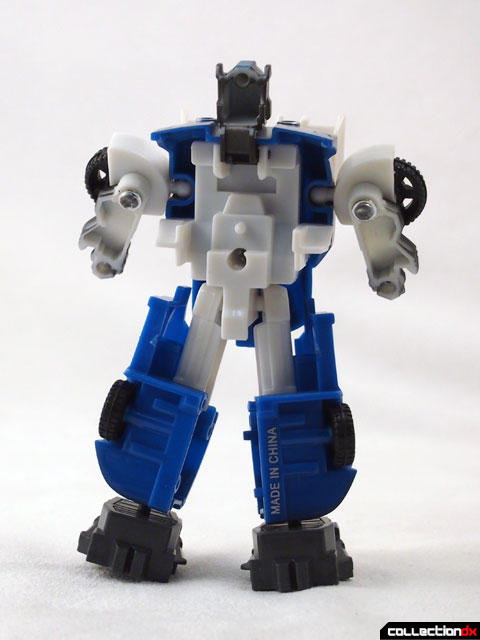 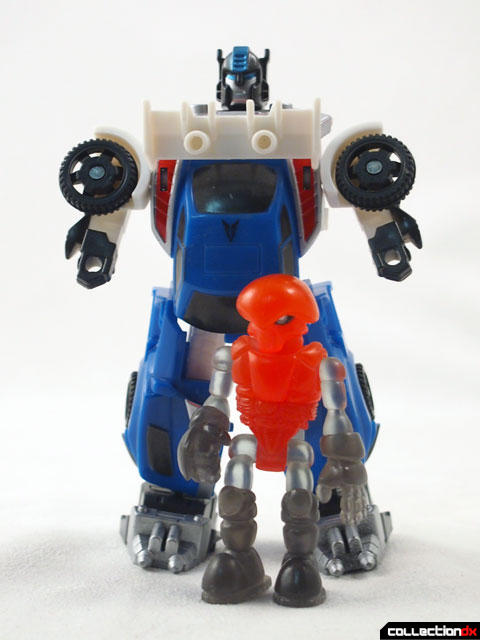 His weapon is interesting. It's a dual forked handle with removable yellow parts on either end. He can't actually hold the weapon, so it just sort of rests there. 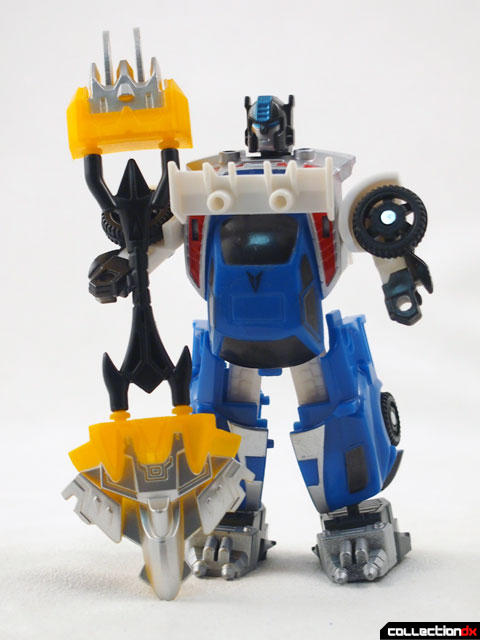 You can detach the yellow parts and use them on the pegs on the chest. 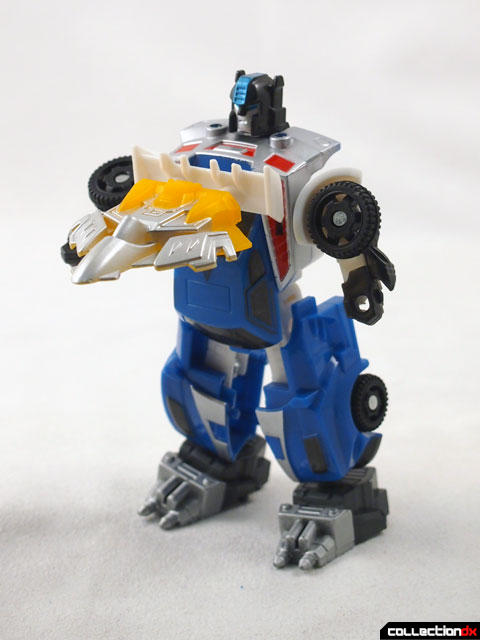 Car mode is also solid. It's a stylized sports car that reminds me a bit of a Choro-Q racer. 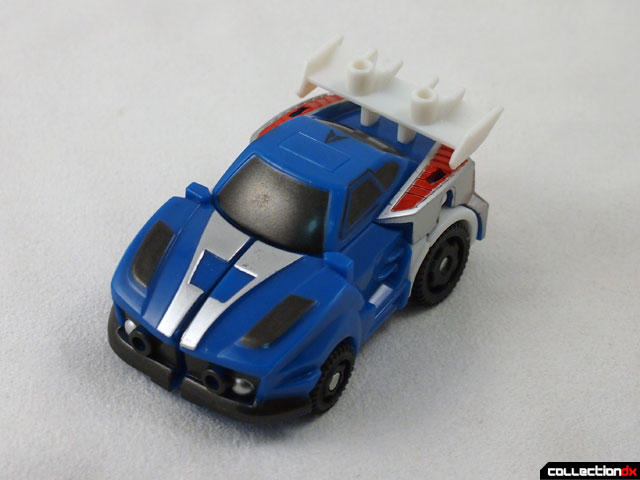 The yellow parts connect to the front and back, while the feet can connect to the spoiler. There are no instructions that show this, I just figured it out. 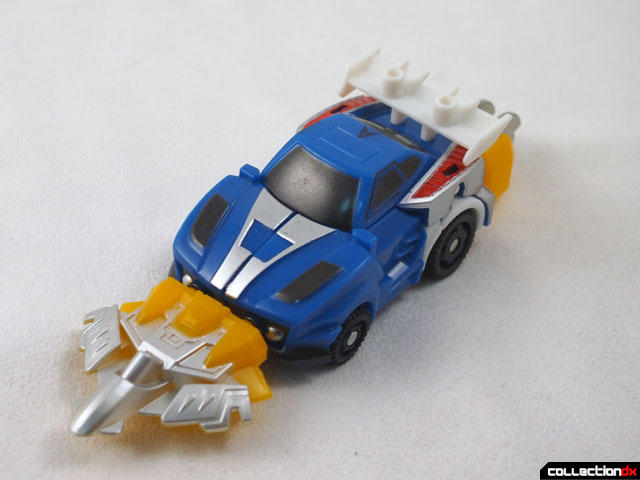 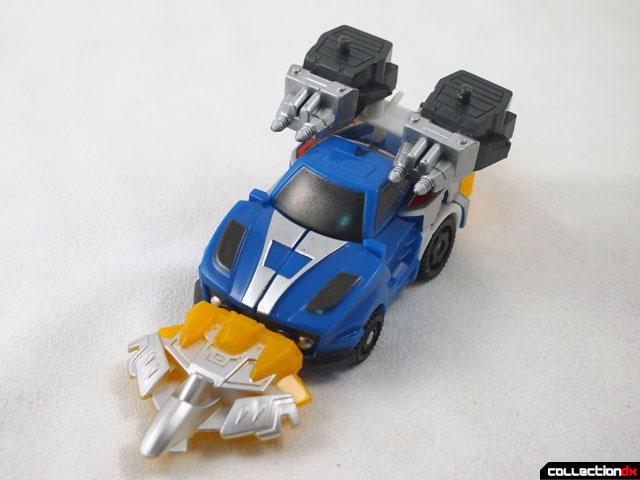 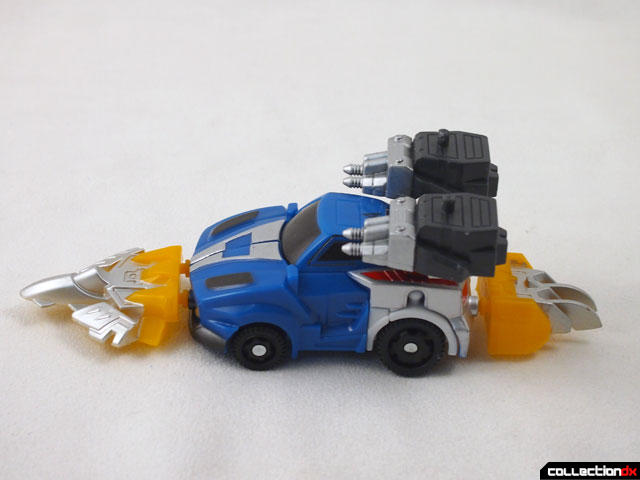 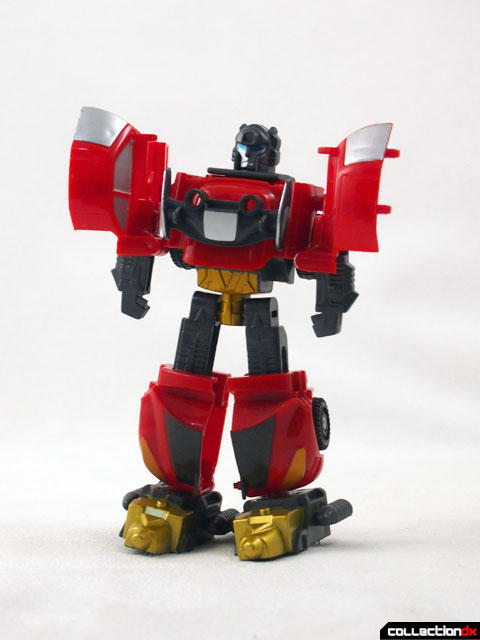 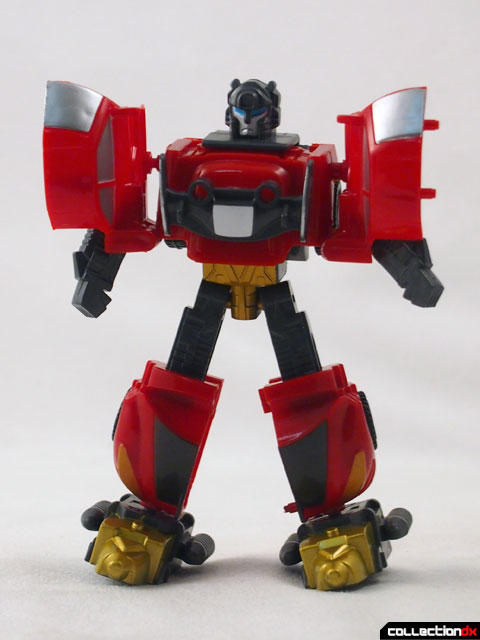 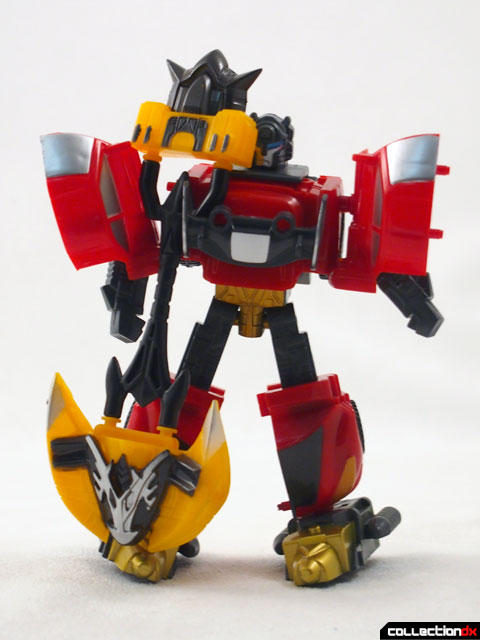 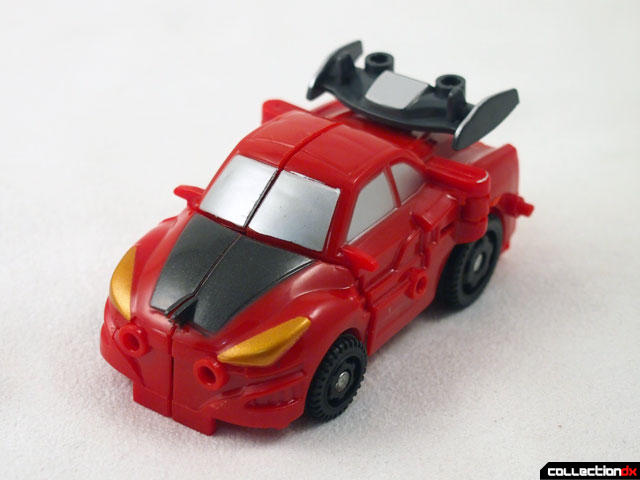 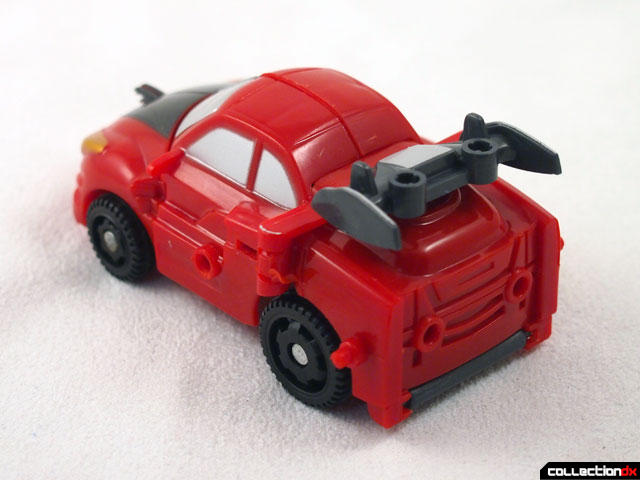 Interesting to see the manufacturing info tampo-printed on as opposed to molded. 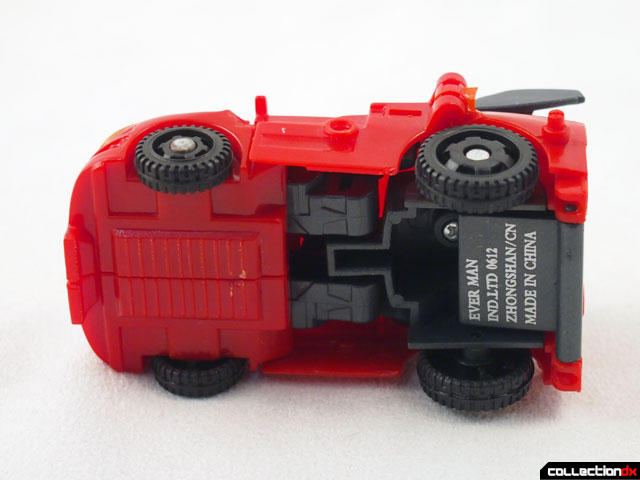 Adding the weapons on car mode is similar, but in this case the feet go on the side. 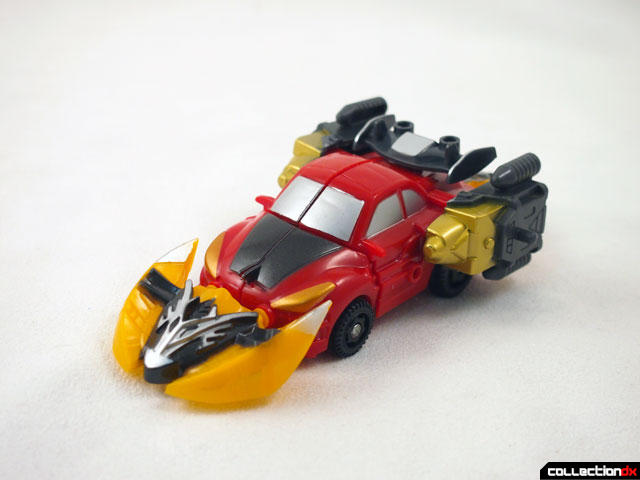 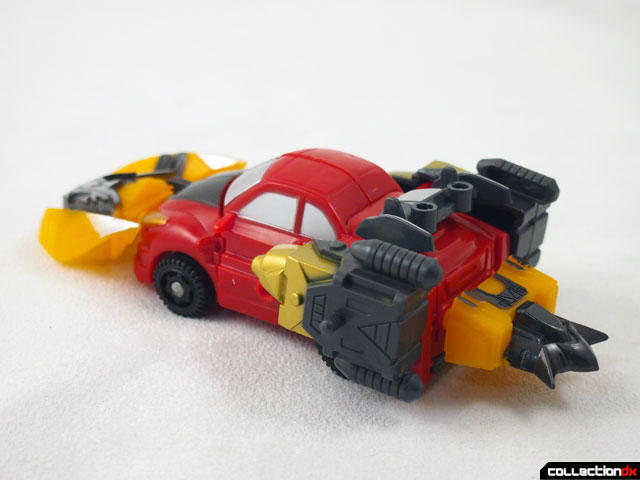 These are a fun, if not disposable distraction. They're not weird enough to keep my attention, but i felt they should be chronicled somewhere. Worth the five bucks if you come across them. 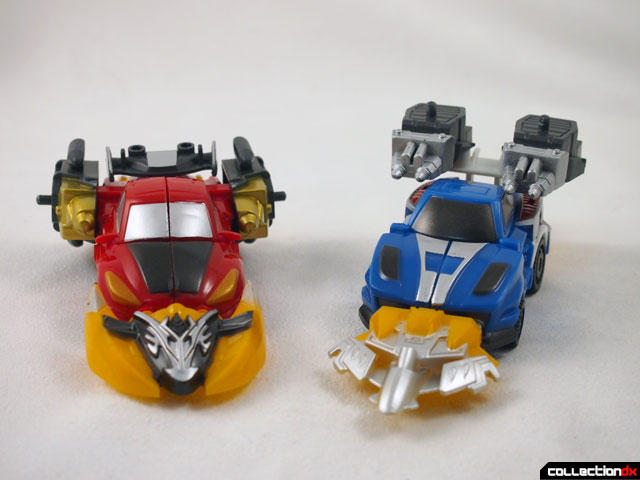 2 comments posted
I cannot see anything other

I cannot see anything other than a cow head on that car's front bumper in the last picture.

Josh, if I sent you this bootleg Mugenbine toy that I bought only because the elephant mode head was in a VERY interesting place in robot mode, would you write a review of that too?