You are not hallucinating, this is a giant whale strapped into a powered suit. A strange concept, but it works for me.

Mechawhales is the product of the mind of German designer Hauke Scheer, founder of Deep Fried Figures. This is his first outing into figure making and it’s an impressive first effort! 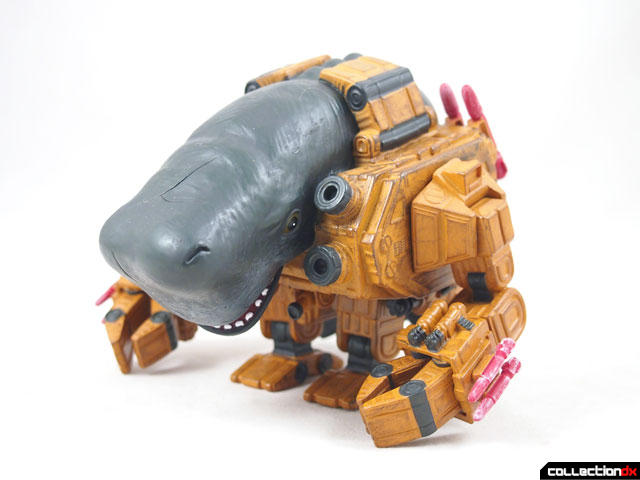 There’s an elaborate backstory for the Mechawhales, and Hauke is animating the story so far. It’s nicely done.

The Mechawhale comes in nice collector-friendly packaging that is very toy-like. It doesn’t scream “designer toy” or “Art piece”, it says OPEN ME! 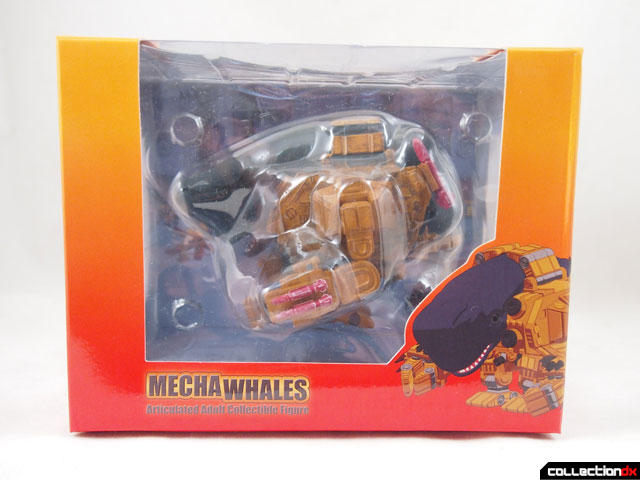 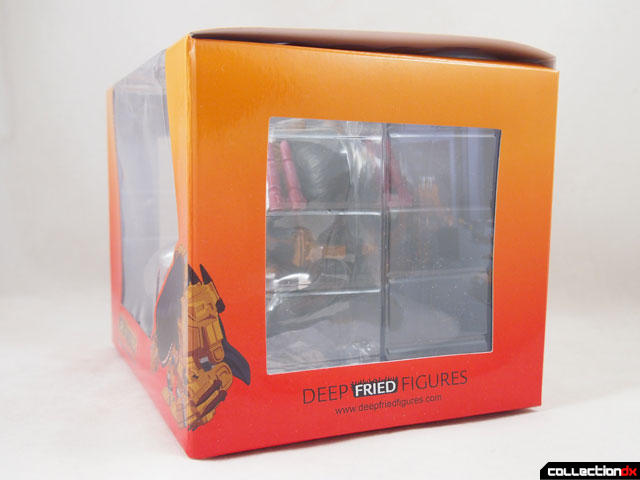 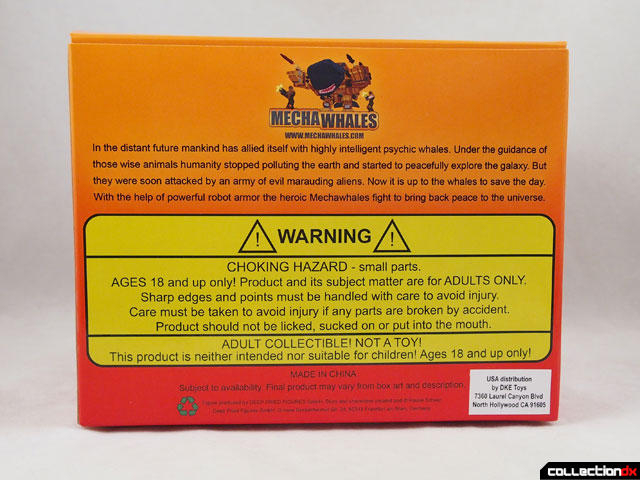 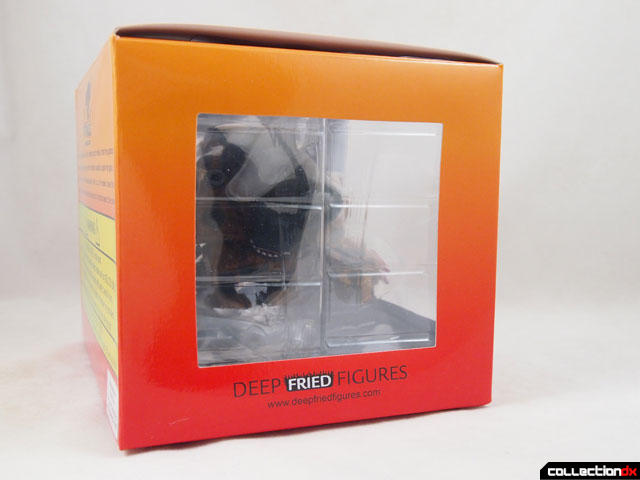 Inside the figure is enclosed in a re-sealable plastic clamshell, and it includes a printed backdrop. The backdrop is neat for display in the box, but sort of useless for outside as the paper will curl with little humidity. 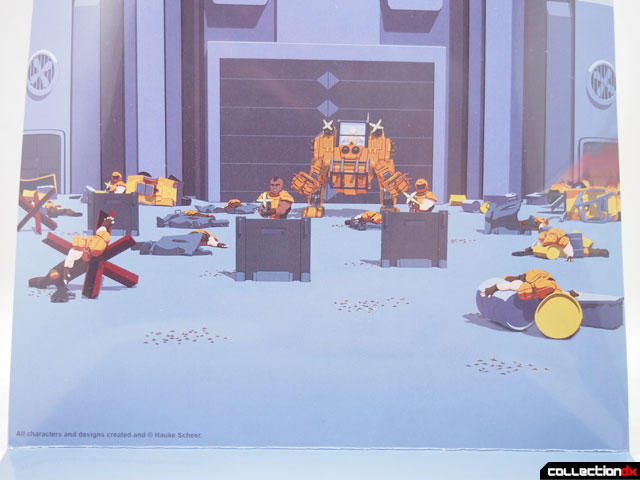 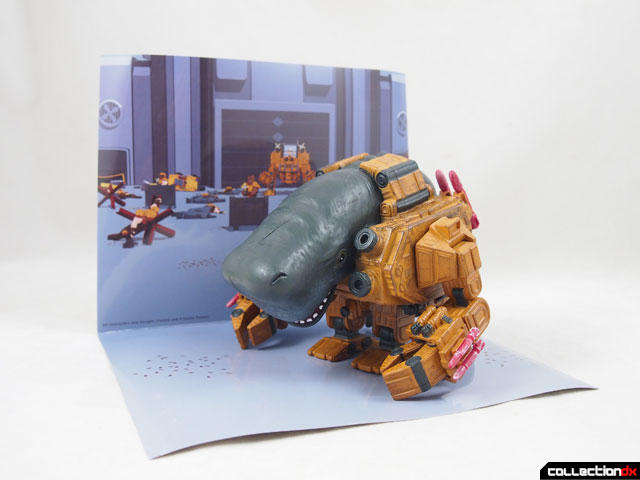 The figure itself is fantastic looking but not very big. It’s only 5.5 inches tall, but it has substantial girth. 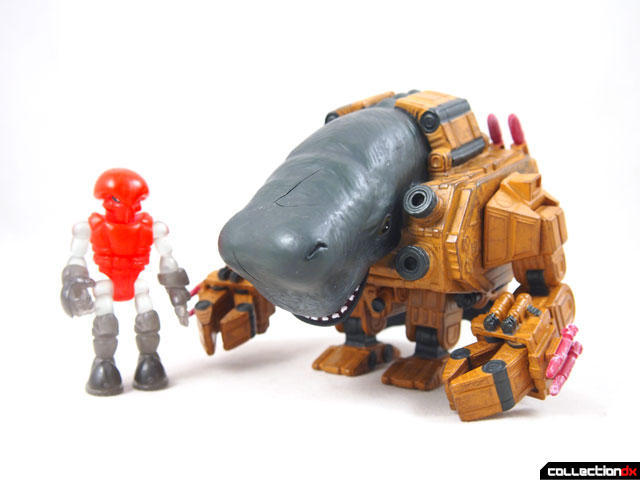 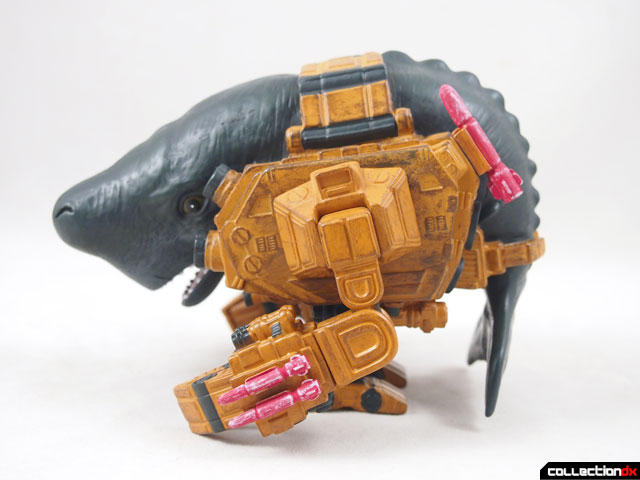 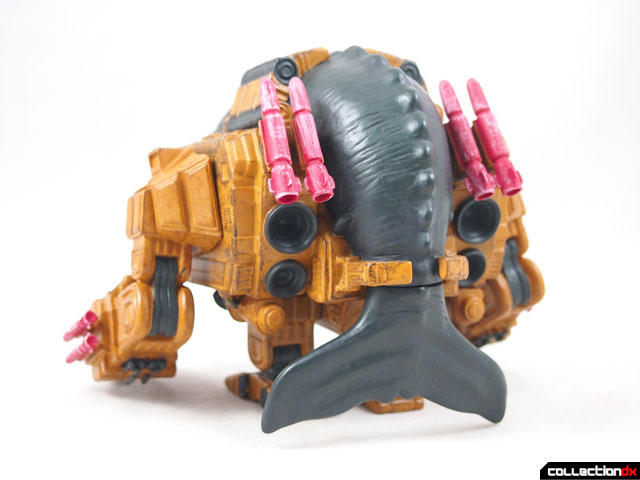 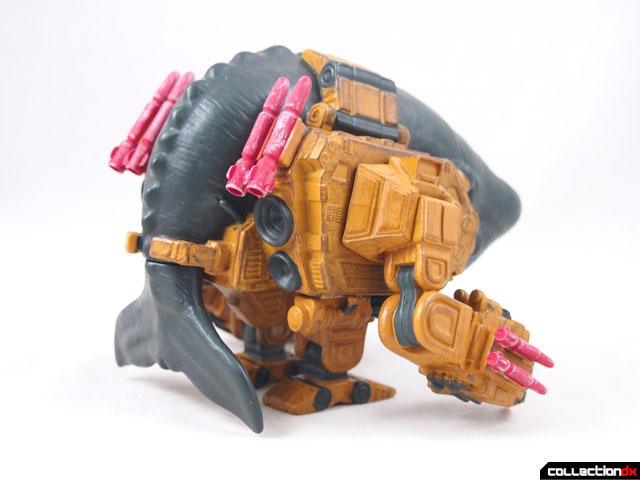 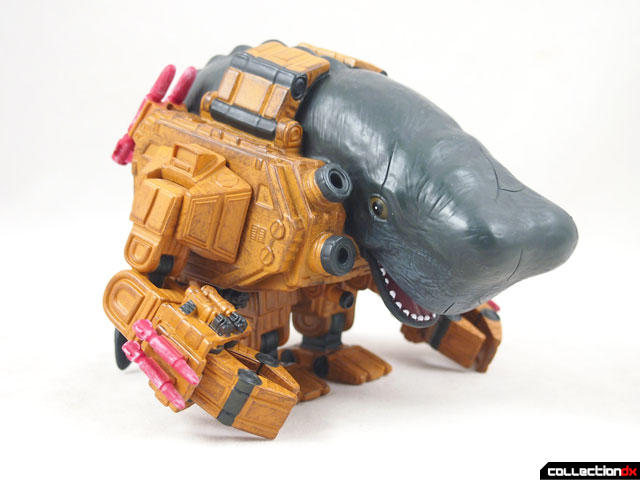 It’s made out of hard vinyl, so it feels reasonably solid. Articulation is limited to the shoulders and wrists, although other points look like they could have been made to move reasonably easy. I would have loved one more joint in the shoulders and some basic leg articulation. To be fair, considering the bulk of the whale, the legs would have to be pretty tight to not buckle under the weight. 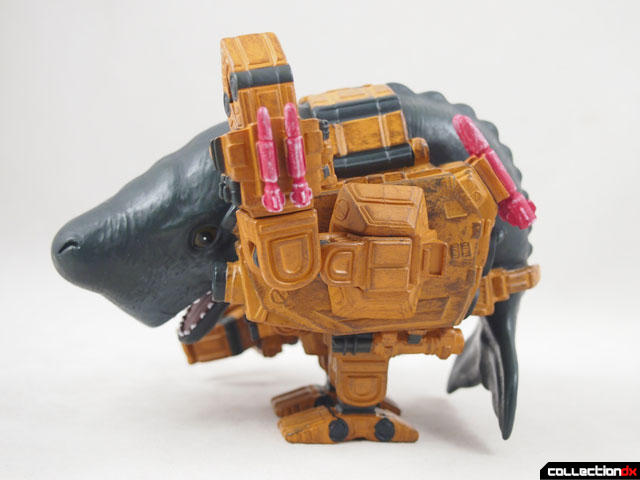 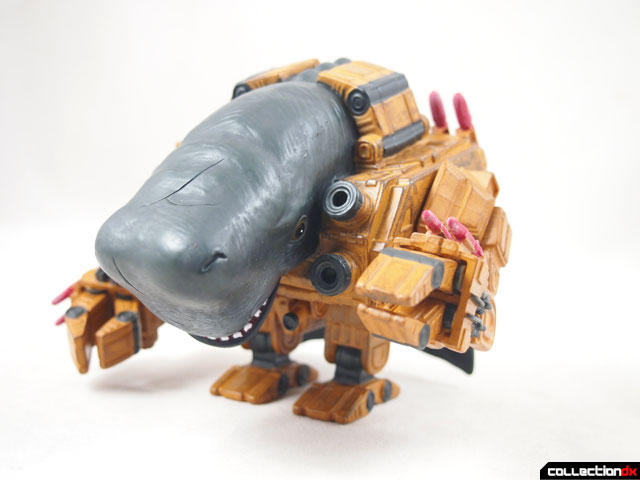 The paint overall is great, especially on the whale itself. The whale looks like a real whale, not a cartoony representation. The weathering on the mech portions are good, but not as sharp or precise as a 3A figure. It does the job. 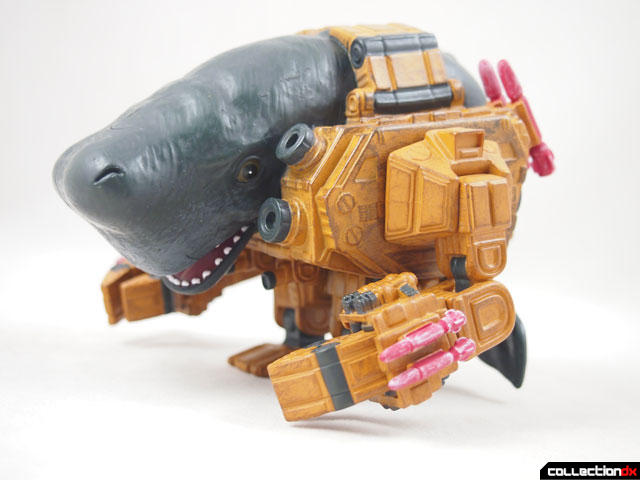 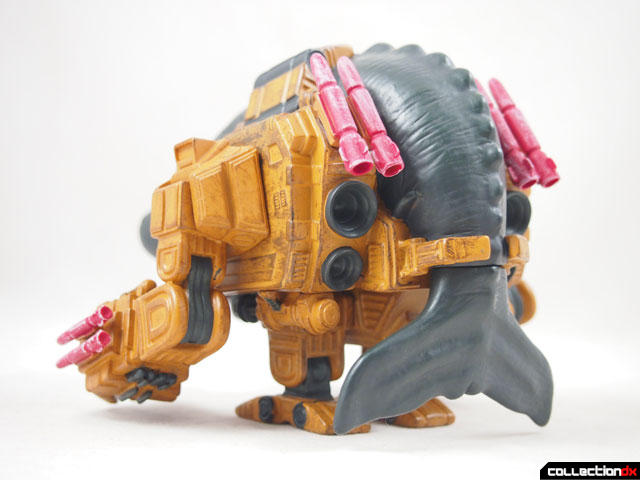 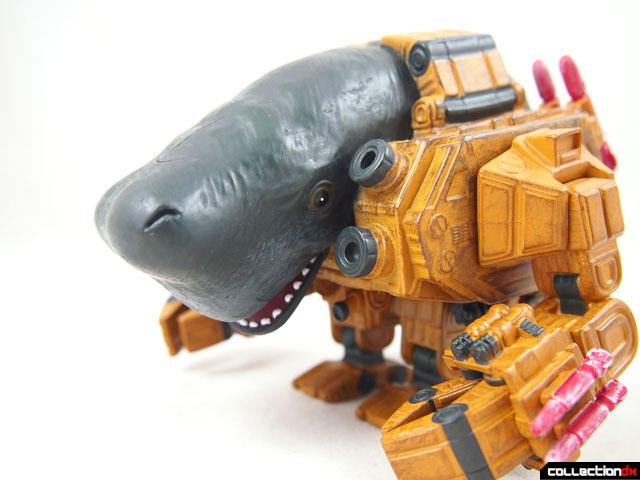 The sculpt is good, but I feel that the lines on the mechanical parts should have been a bit sharper – the material and the molding loses a bit of detail, and the paint application on top is a bit thick. Still, in the context of the overall design it works well. There are several parts that are molded separately and then glued on, such as the missiles, underneath cannons and the legs. The lower jaw is glued in place and the tail is also a separate piece. 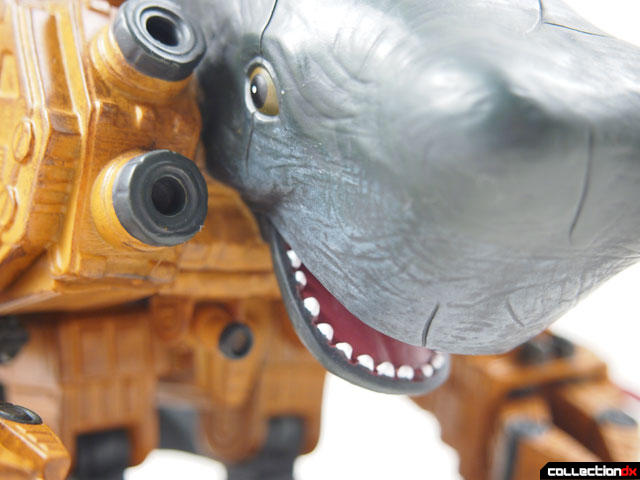 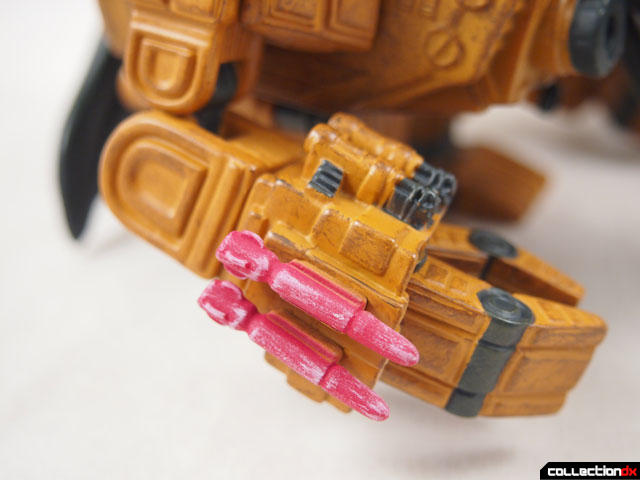 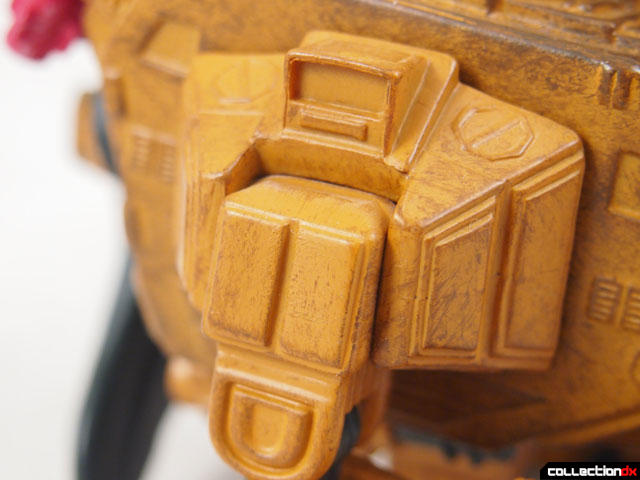 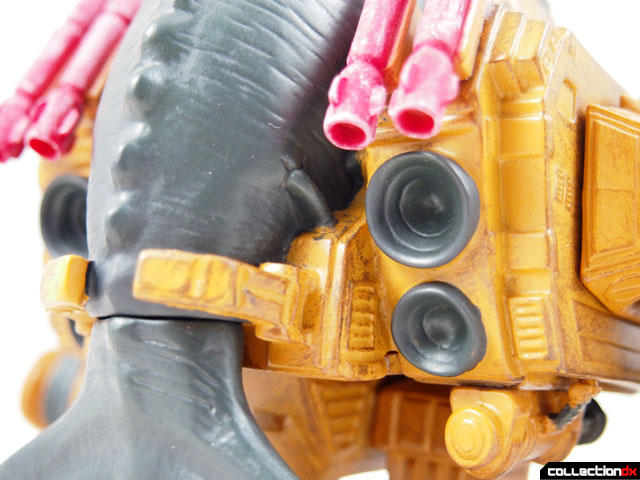 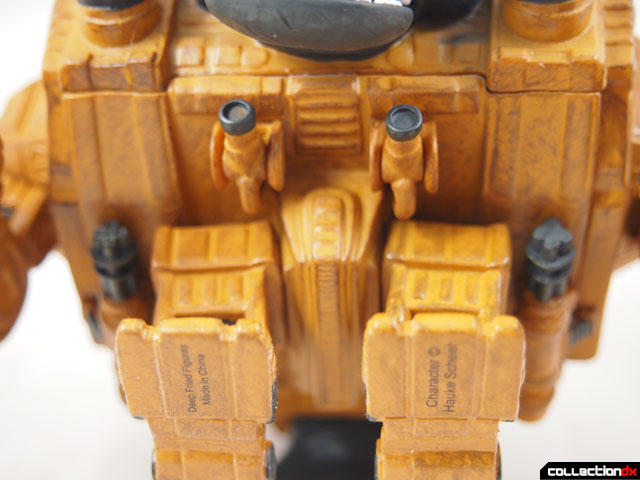 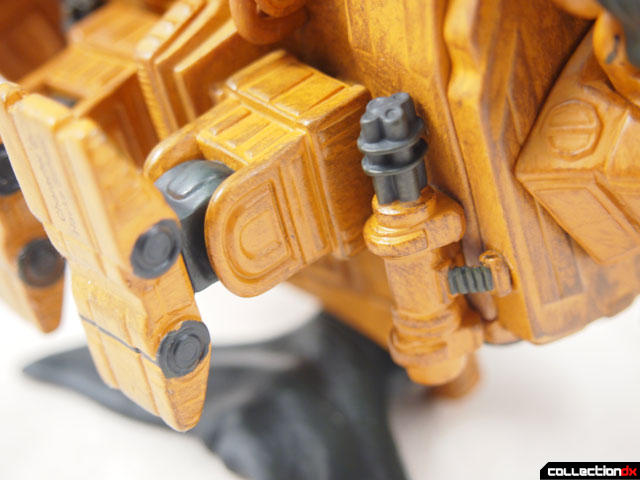 This figure retails for about $45 USD, which is a nice price considering the amount of parts and paint that go into each one. The design hints to a larger world that I hope Hauke continues to explore with future toy offerings. The thing is – this is supposed to be a WHALE. Whales are huge. Unless you make more whales, if you want the other releases in this line to be in-scale, they will be very, very small.

To find out more about Mechawhales, visit their homepage at http://mechawhales.com/

5 comments posted
WTF is this?? O_o

... does this follow the long lines of animal incarnations from Ninja Turtles, Battletoads and Biker Mice from Mars...

One thing is missing ... spring loaded missiles, that would've been dope. I mean its says 18 years old and older, I miss the springloaded weapons of the 80s

I stumbled across this line a couple of months ago and came awfully close to pulling the trigger. Nice to see it show up here.

If you look at the site, you'll see a fairly serious war story there. Which would separate it from the kid-friendly properties like TMNT, Biker Mice, etc. It also fails to anthropomorphize the whales, forcing them to wear uncomfortable mech suits to move around.

My second thought was "dolphin hands", but if you haven't read Larry Niven then you don't know what that is.

Nice review. I've seen some of this guy's stuff before. He did a cool interview and some figures of his were reviewed over at InfiniteHollywood.com a while back. Glad to see he's adding articulation.