Kamen Rider ZX is the only Showa era Kamen Rider whose show I’ve seen all the way through. This admittedly isn’t difficult as he only got a forty-minute TV special, but I’ve always been a big fan of the design. Will his Figuarts measure up to those of his predecessors? 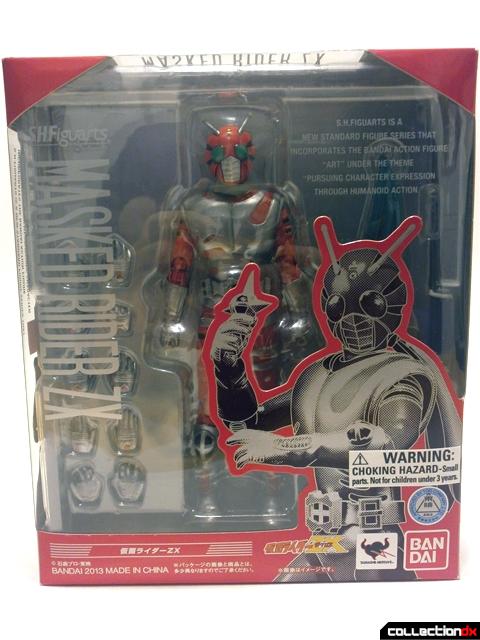 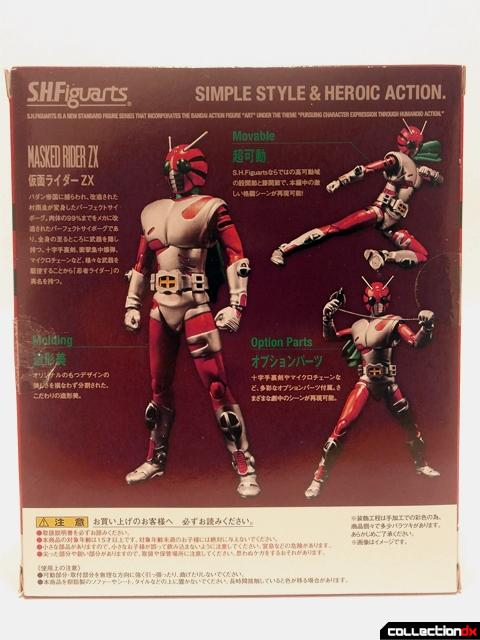 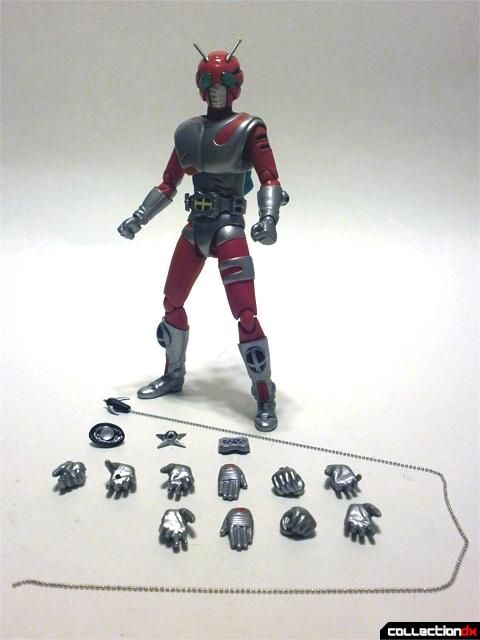 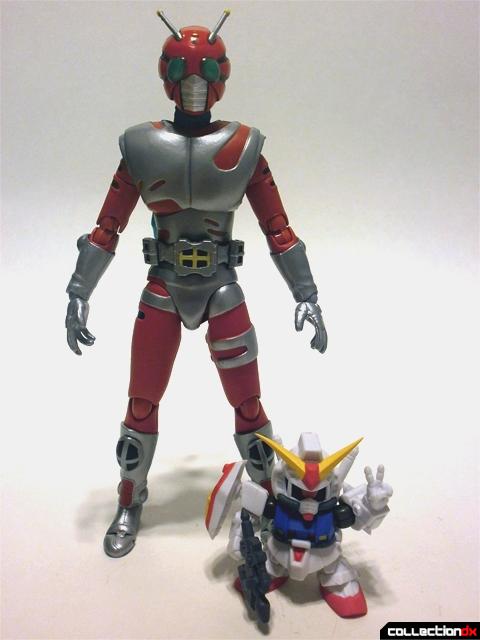 ZX comes with a whopping ten extra hands, as well as an alternate belt piece. He also has a sizable arsenal; including a shuriken, micro chain, and focus bomb. However, his most important accessory is his green muffler, which plugs into the back of his neck. 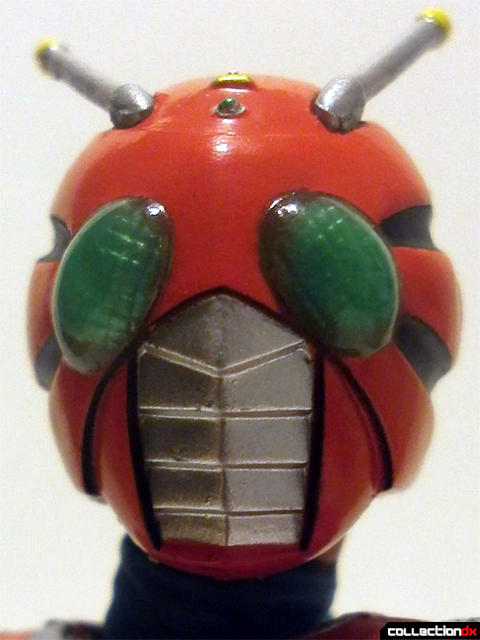 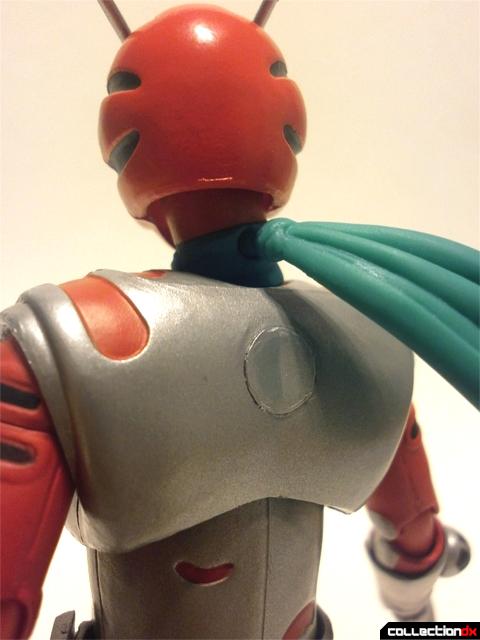 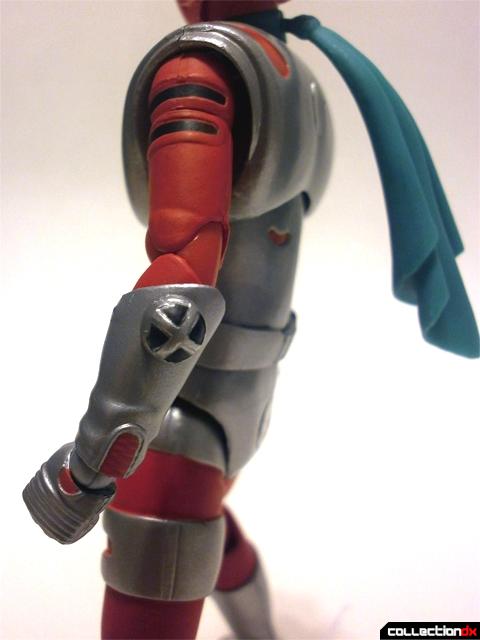 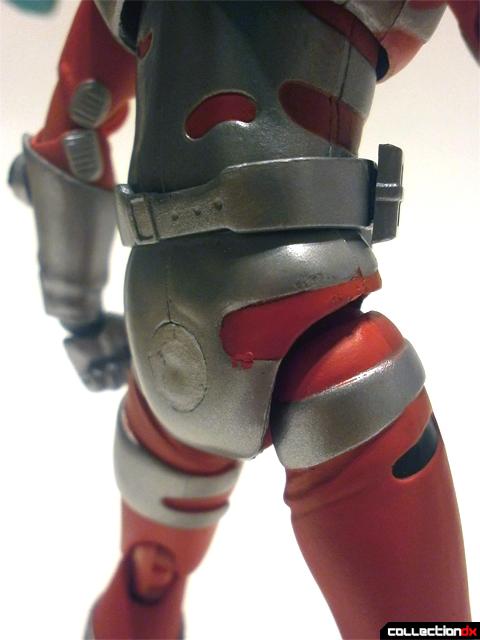 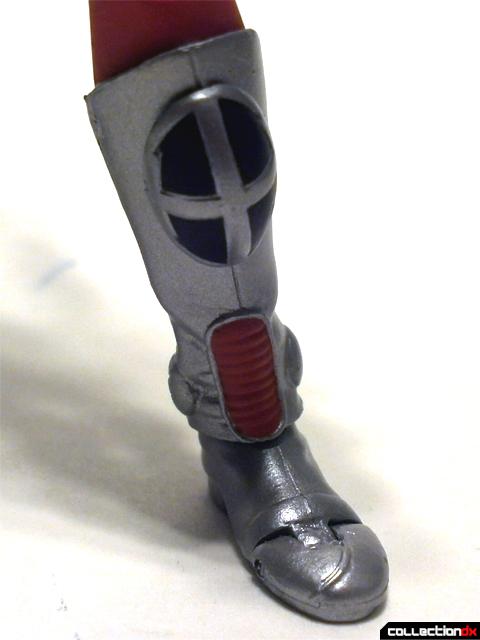 While ZX is superbly detailed, he’s got more than his fair share of paint splotches, although that’s likely just for this individual figure and not the whole batch of them. 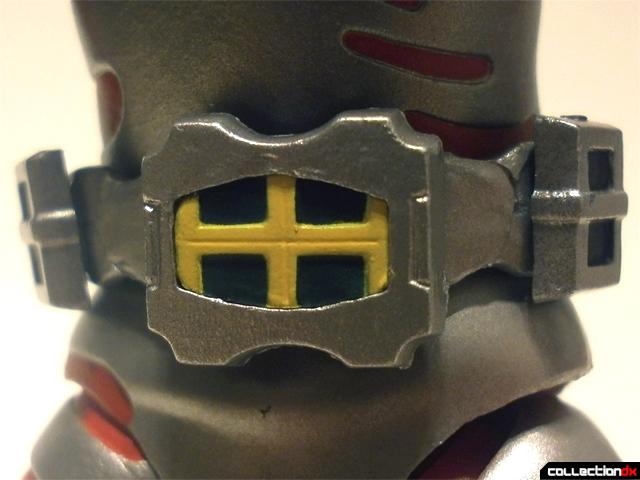 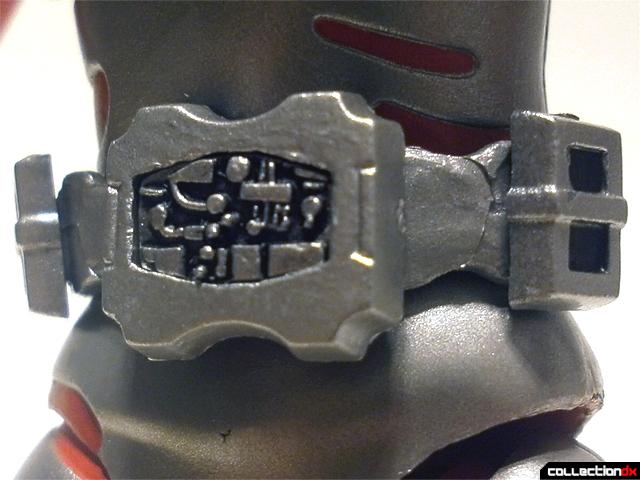 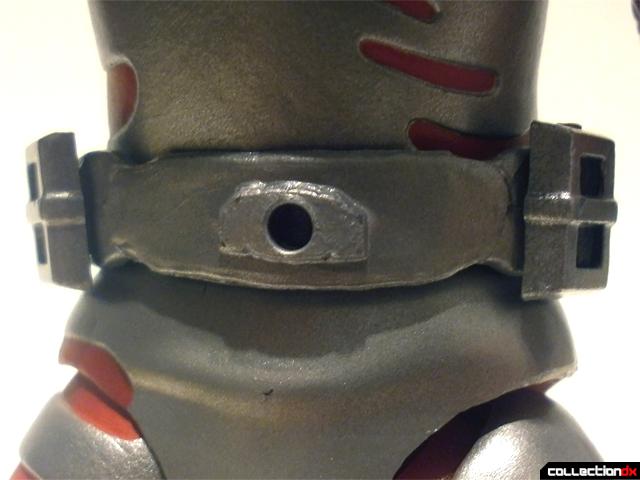 ZX comes with two pieces to put on his belt, although I can’t remember for the life of me what the alternate one does. Unfortunately, they’re not attached very securely, so the buckle often becomes skewed while you’re not looking. 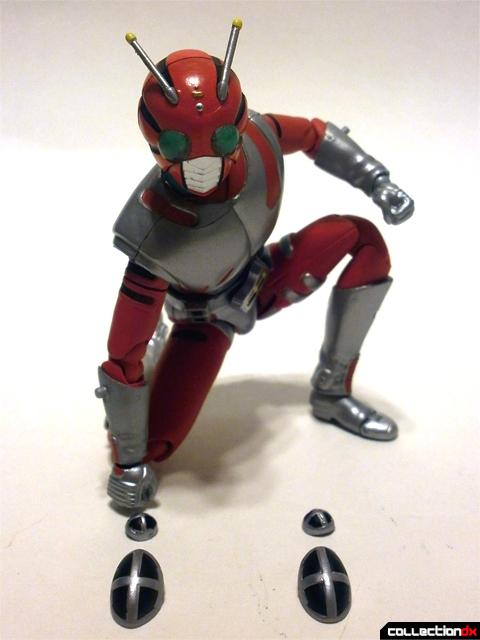 Both the elbow and knee armor are removable. The pegs for each armor piece are a different size so it’s impossible to put the armor back on incorrectly. 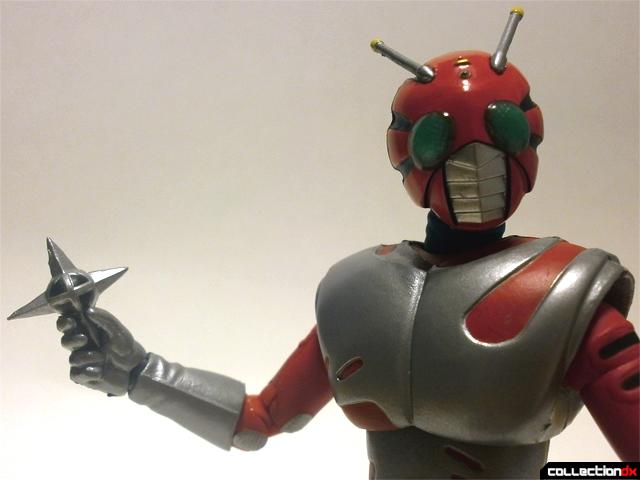 ZX’s star weapon, the Cross Shuriken, is more difficult to get him to wield than it should be. There’s definitely no way to display it mid-throw either because it’s so tiny. 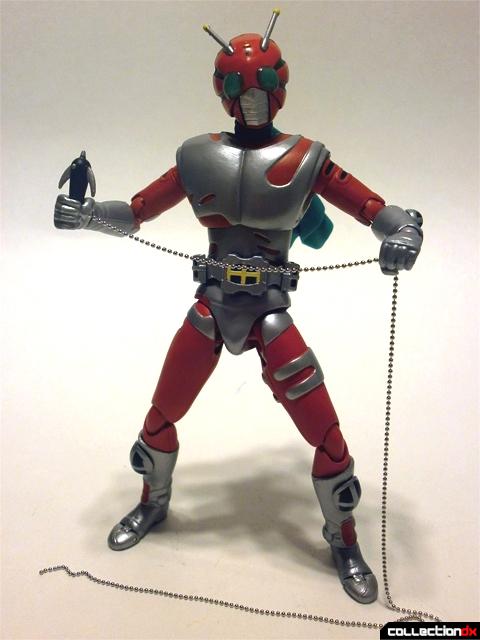 The Micro Chain is an awful lot longer than the promotional pictures suggest. Using an actual metal chain is a nice touch though. 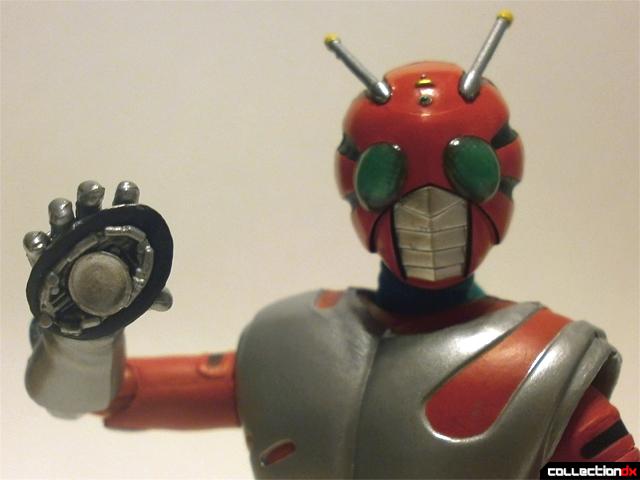 There’s a hand with a peg hole just for holding the Focus Bomb. 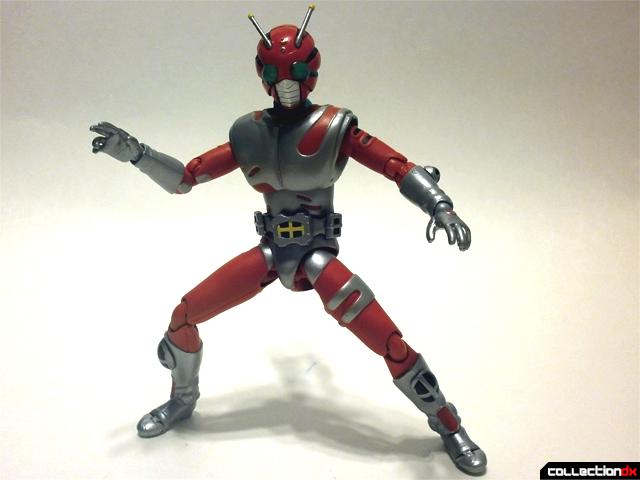 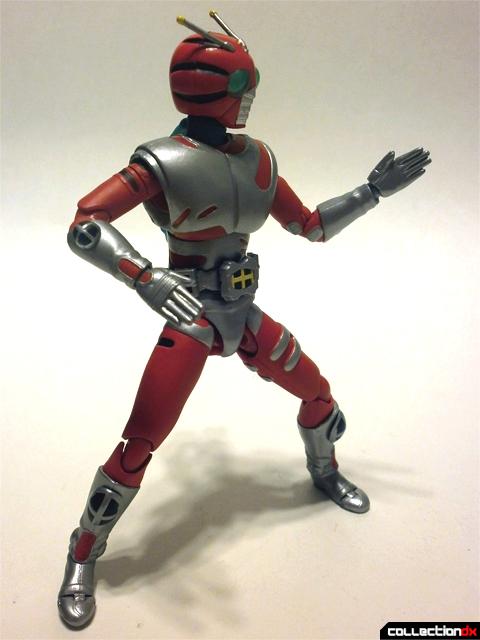 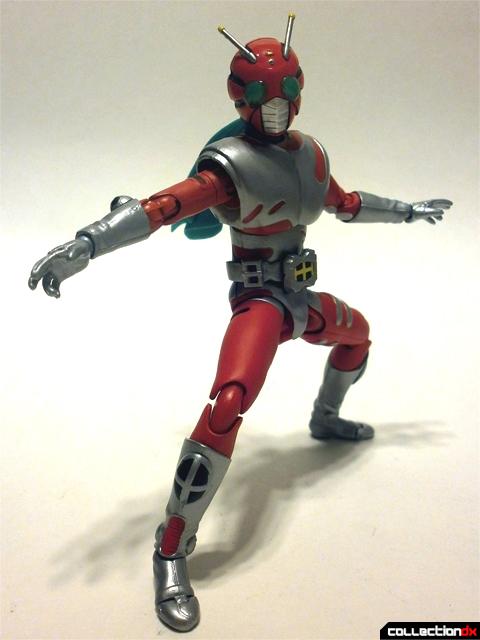 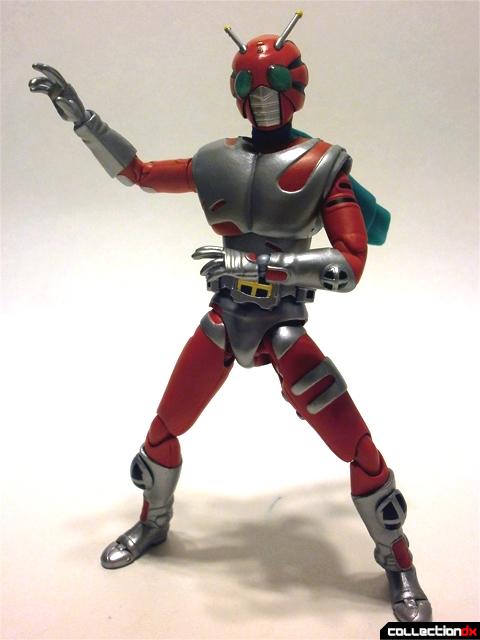 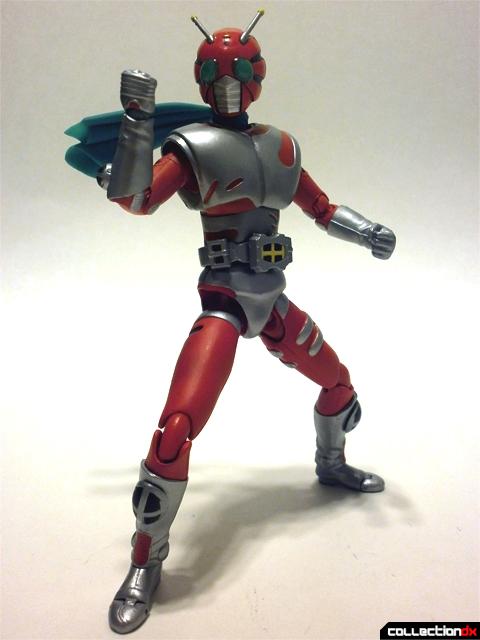 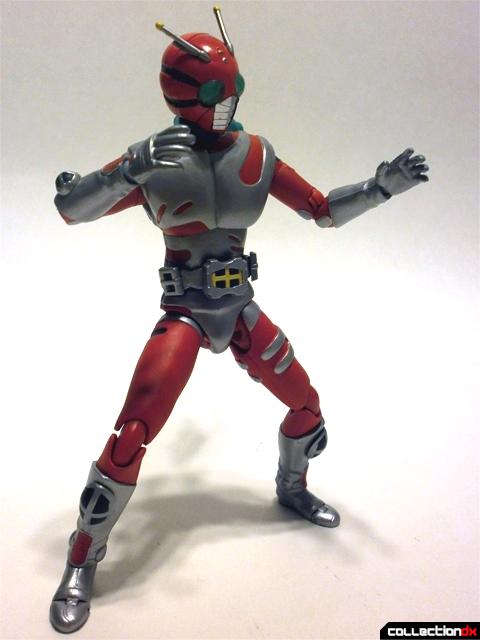 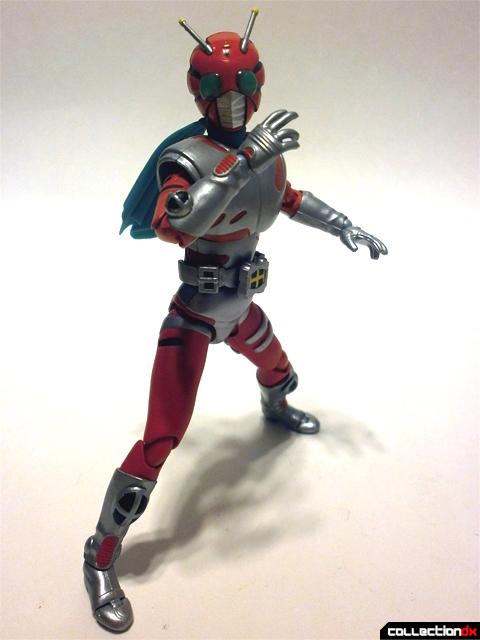 However, as with all Riders of his era, ZX looks best unarmed, ready to punch or kick any organization bent on world domination. 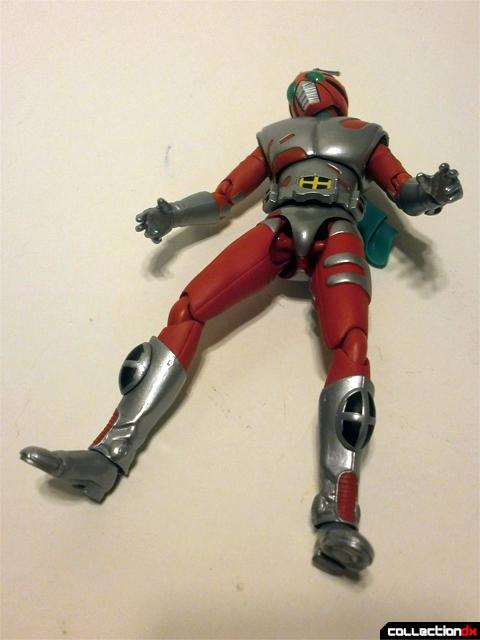 Unfortunately, my ZX is plagued with a weak waist joint. All attempts to pull him open and see what can be done about it have only exacerbated the problem. However, this is easily fixed by giving him a Tamashii stand so he can perform his signature move. 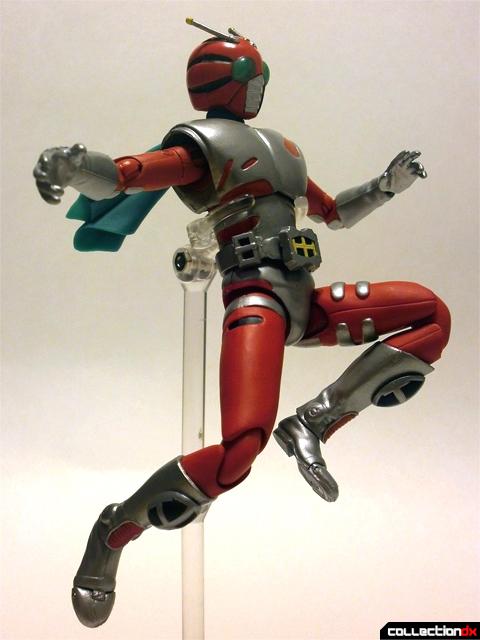 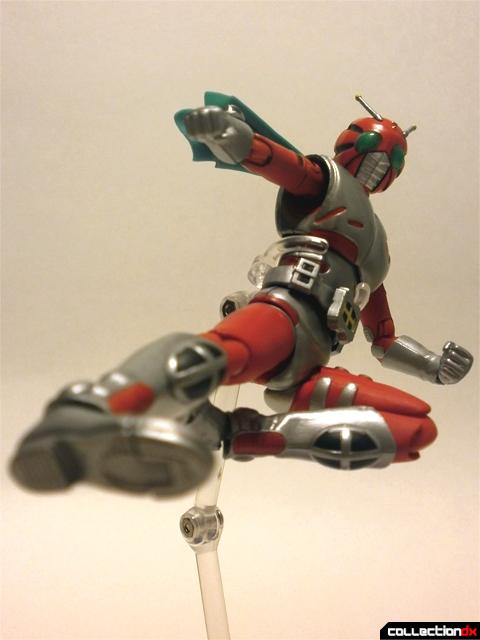 Whatever other flaws this figure might have, I can overlook for how well he pulls off a Rider Kick. 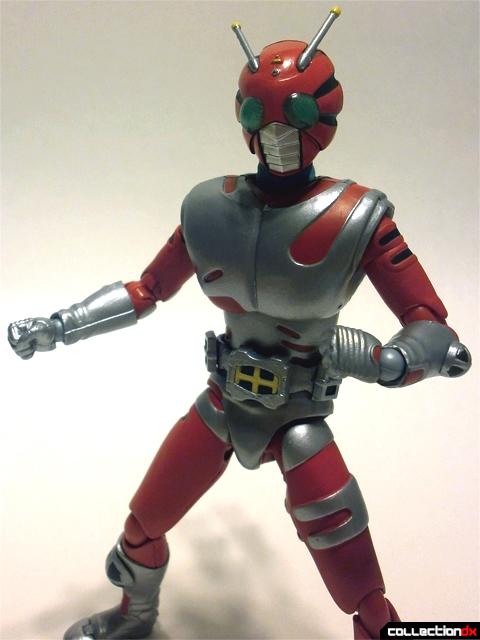 While this is not a perfect figure, the outstanding issues of sloppy paint and a weak waist are probably just for the one I purchased. Kamen Rider ZX is still a great figure that’s worth your while to pick up.