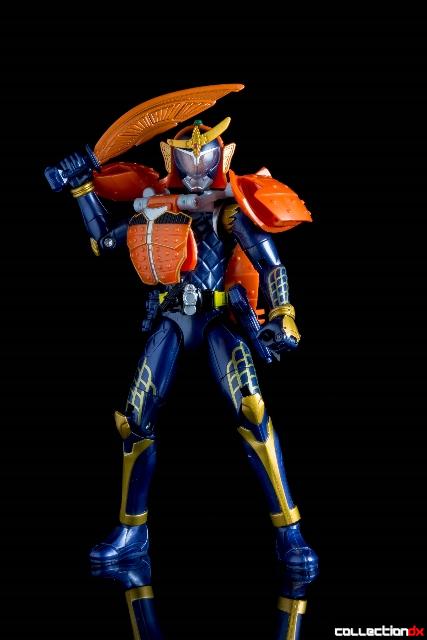 Kamen Rider Gaim is the 15th Hesei period series airing currently in Japan. While I won't go deeply into the series, the show does revolve around items called lock seeds that allow riders access to fruit themed armor. The Arms Change gimmick toy line recreates this function, with Kamen Rider Gaim Orange Arms being the first in the series. Each rider comes packaged in their base form along with their primary armor that attaches using a universal connector for interchangeability between figures. 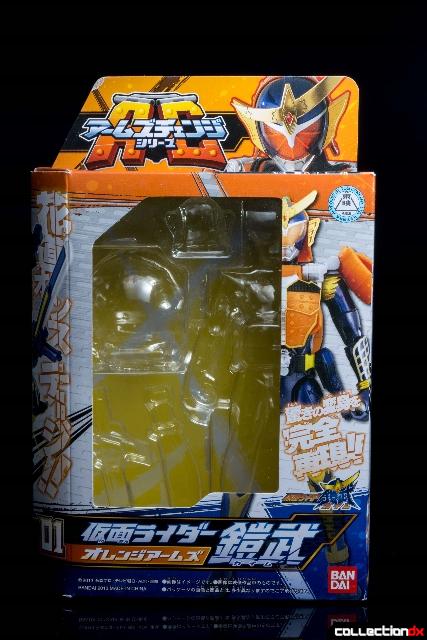 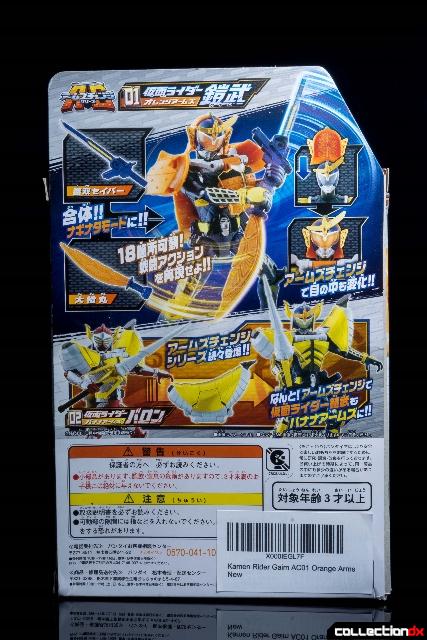 Gaim, the titular hero of the series comes packaged in a simple window box with a bevel on one side. The figure is packed in his base form, along with the Orange Arms, Musou Saber, and Daidaimaru. Gaim has standard articulation reminiscent of the old Souchaku Henshin figures with cuts in the biceps and thighs and articulated fingers. 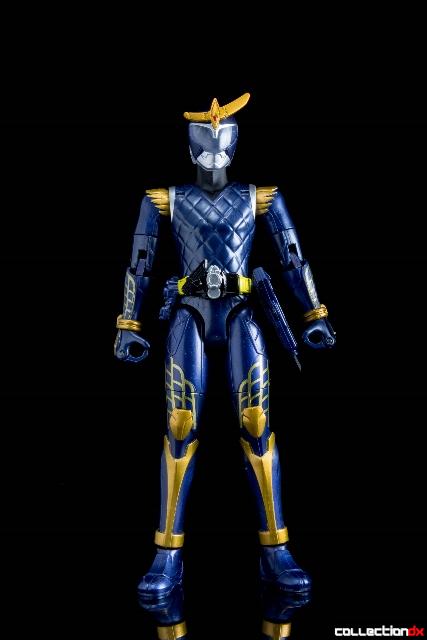 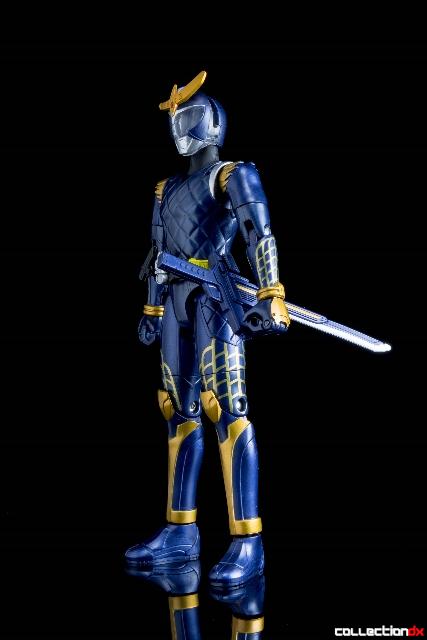 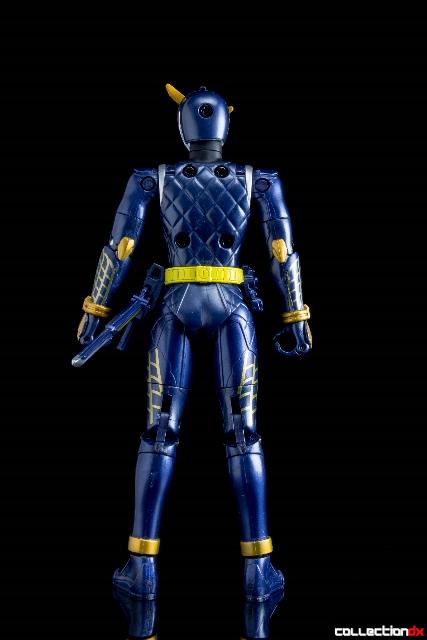 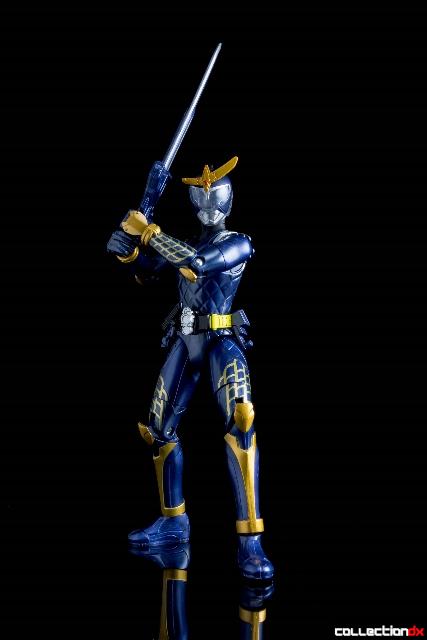 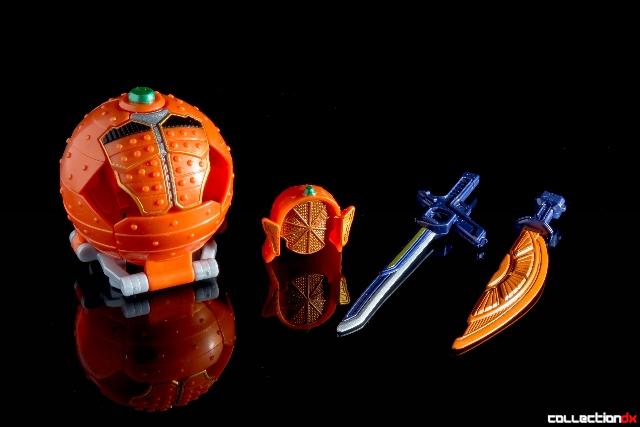 To transform Gaim into Orange form, the helmet is pegged inside the Orange Arms plugged into his shoulders. The helmet attaches via a slot in the head, and each armor has a unique helmet design that shows through the visor. The Orange Arm then simply folds open to reveal a traditional samurai armor. In Orange form, Gaim gains access to the Daidaimaru, an orange slice shaped sword. 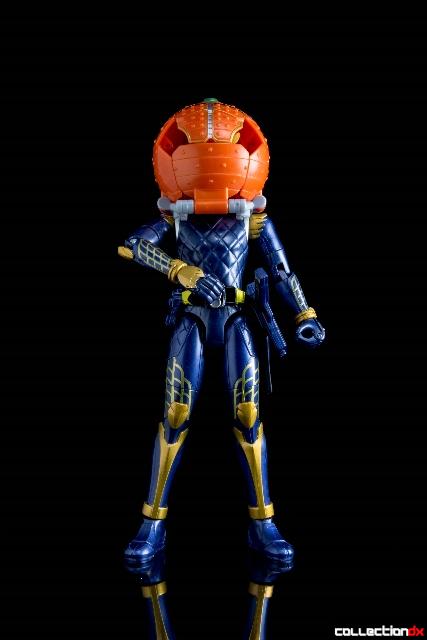 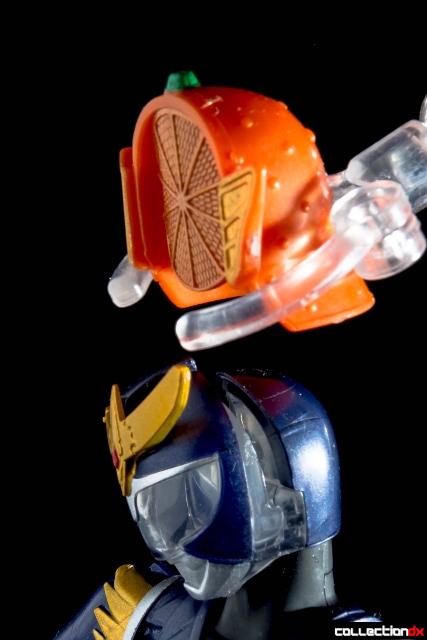 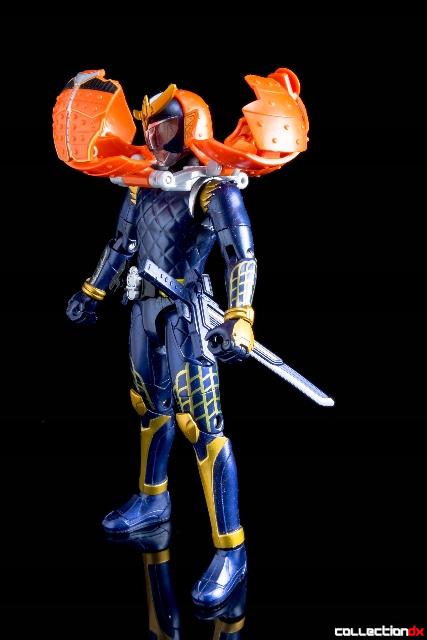 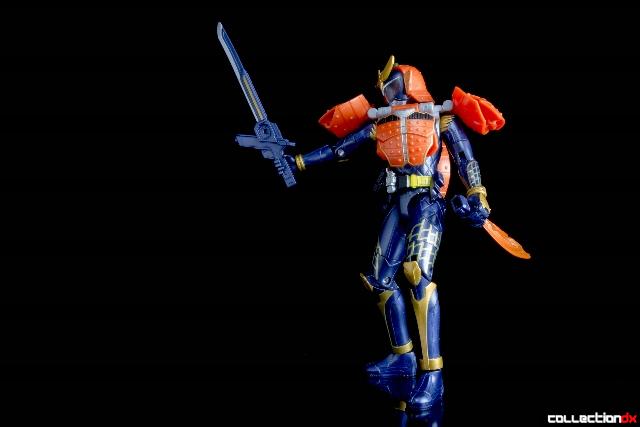 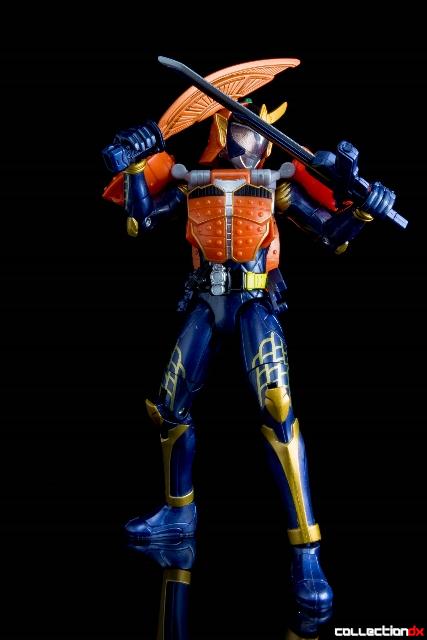 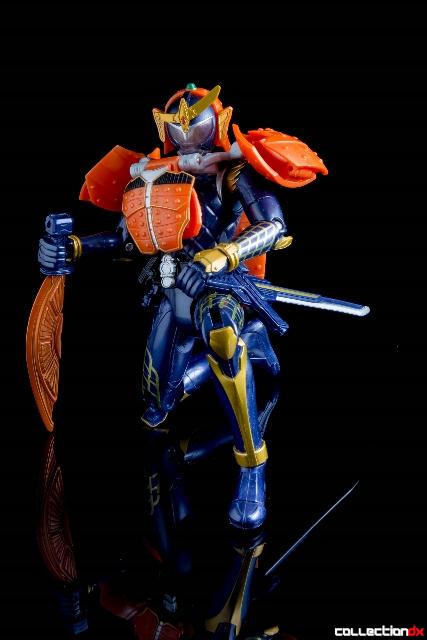 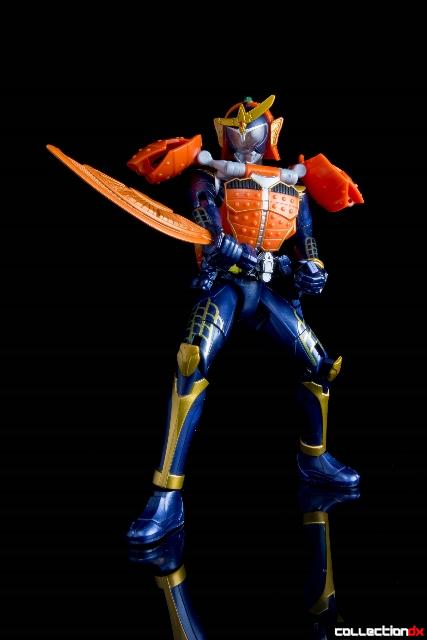 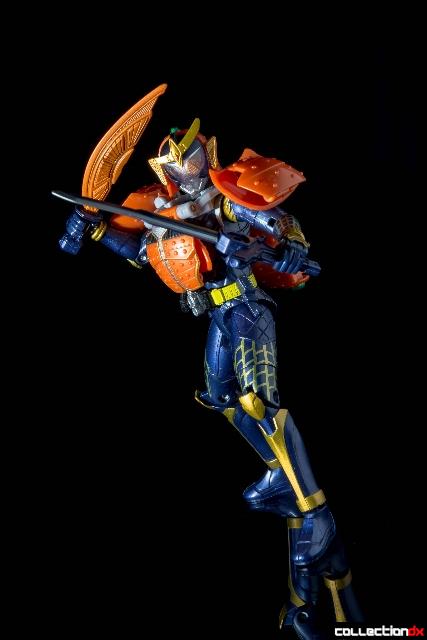 The Musou Saber and Daidaimaru can also combine into naginata mode by simply plugging in one hilt into the other. 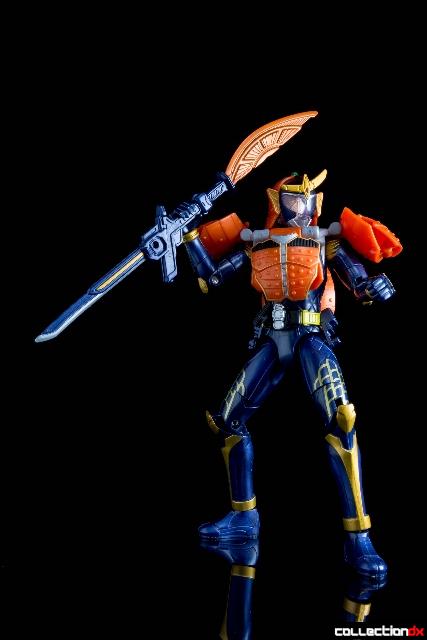 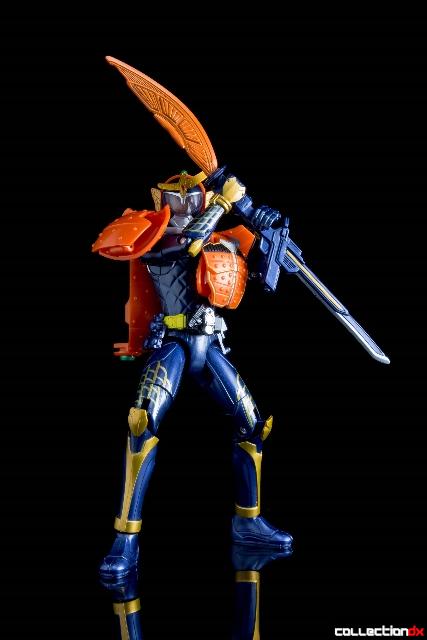 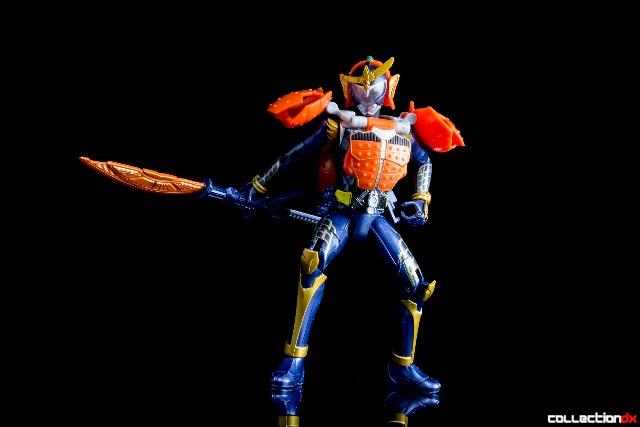 The Arms Change Gaim is a fantastic toy that is incredibly fun to play with. The last Rider series I had any interest in with Kabuto, but the absurdity of a fruit themed series was enough for me to pick one up on a whim and they definitely do not disappoint. I don’t find the simple articulation particularly hindering, and the only thing I wish could be improved were the jointed fingers that grip the weapons. I wouldn’t expect interchangeable hands for toys in the gimmick line, but allowing the weapons to peg into the palms could definitely improve how tight the figures hold them. The Arms Change Gaim is probably one of the best toys I have purchased in recent months, and I cannot recommend them enough. The ability to interchange armors between figures and the uniqueness of the fruit theme makes Gaim a constant companion on my desk. 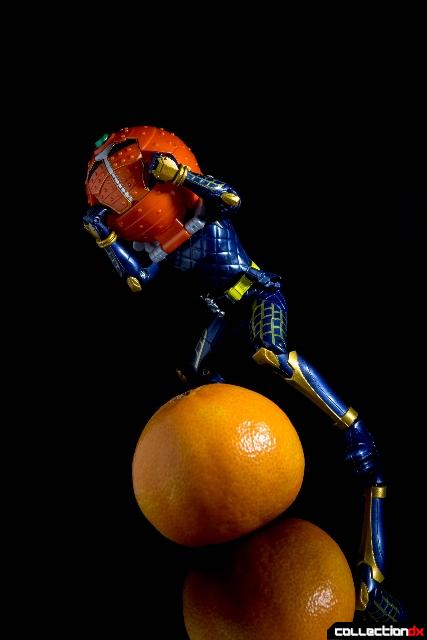 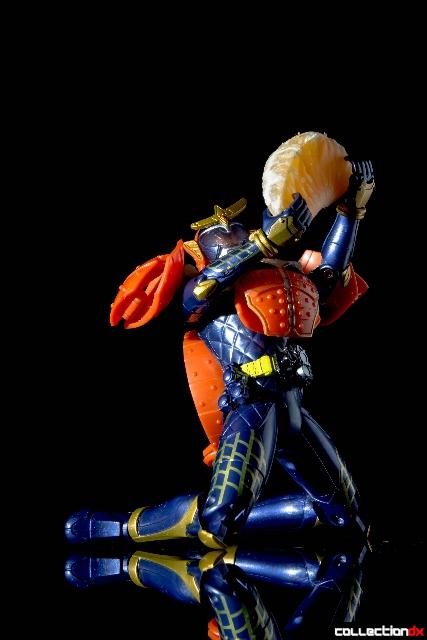 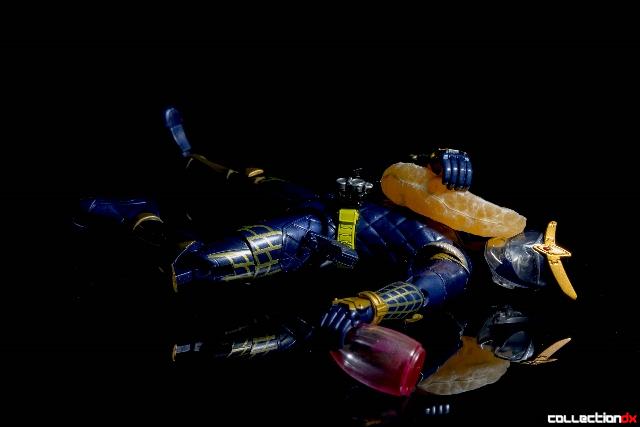 8 comments posted
Your photography is

Your photography is fantastic, and I love the mirrored base. Keep it up!

Thanks! I think the image resizing degrades the quality a bit, but if you need full res version, i have them on flickr here: http://www.flickr.com/photos/siningy/sets/72157639784209486/

...hate to ask what happens when they use Bananas.

This is just plain mad neat