Kaito Kumon is the leader of Team Baron and rival to Team Gaim’s Kota Kazuraba. Like Kota, Kaito receives a Sengoku Driver, allowing him to transform into Kamen Rider Baron Banana Arms using the Banana Lockseed. 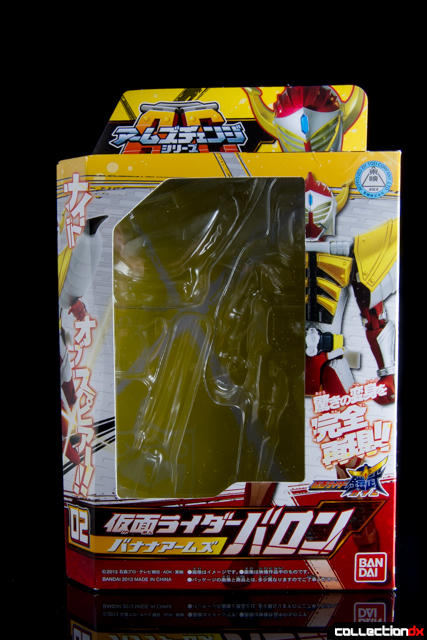 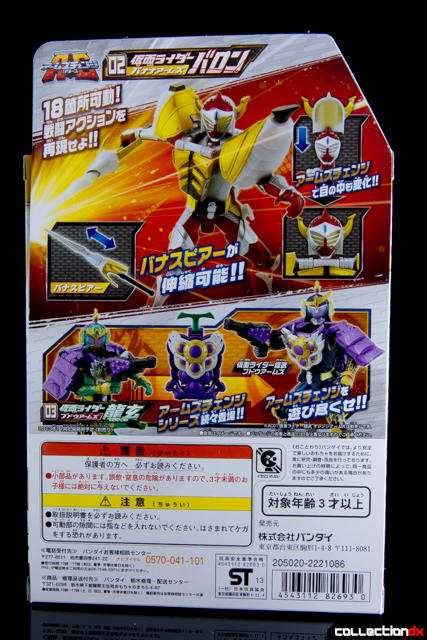 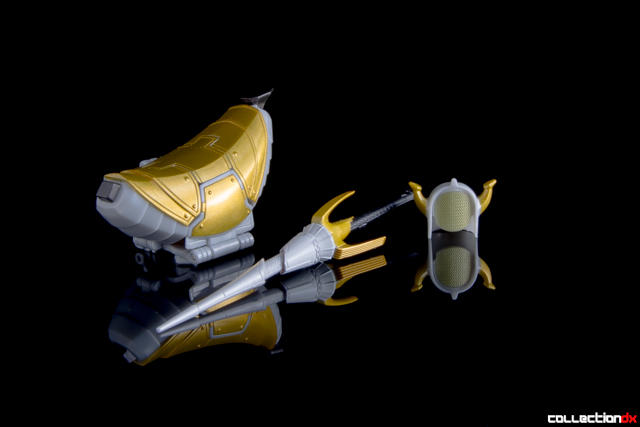 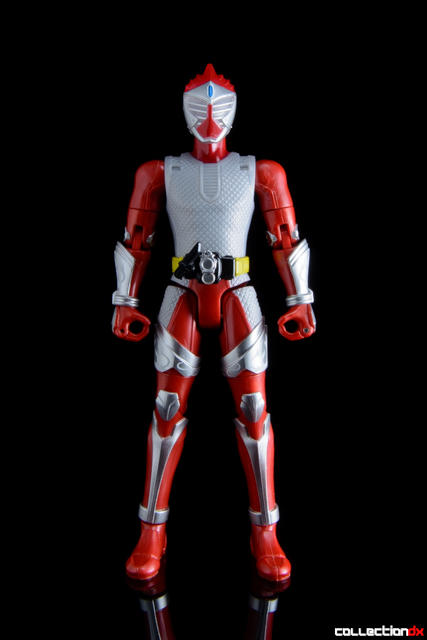 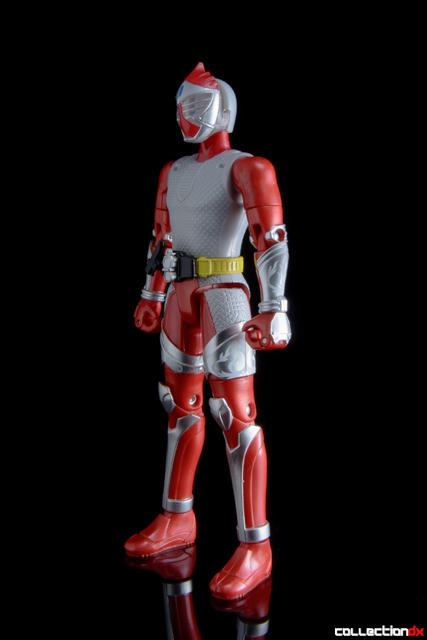 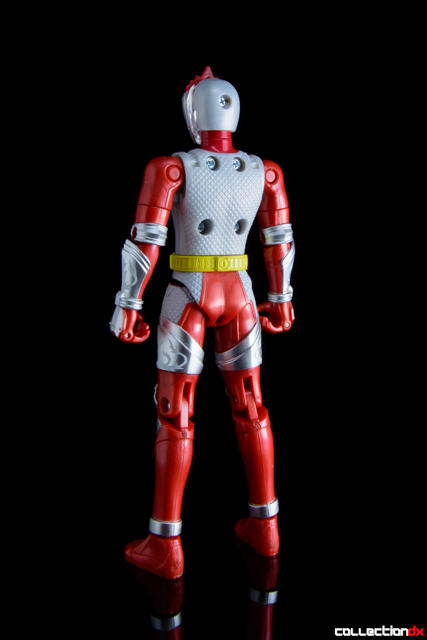 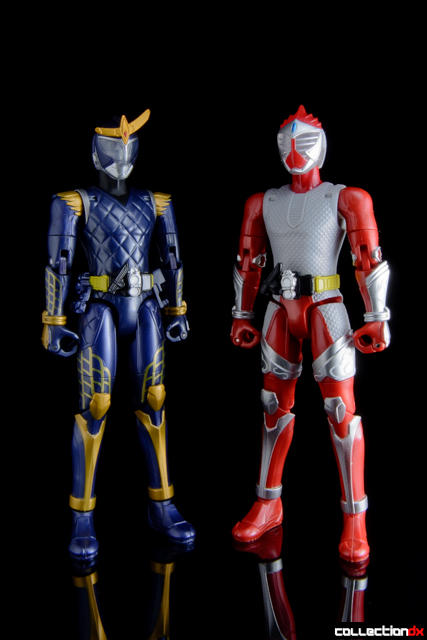 Like Gaim, Baron comes in the same window box with a bevel on one side. The set comes with Baron in his pre-Arms form, the Banana Arms, and the Banaspear. In contrast to Gaim, Baron’s pre-Arms form has a much more medieval theme, with chainmail-like patterns on his armor and a knight-like helmet.

Baron transforms into Banana Form by attaching it over his head, with the helmet inside the banana slotting into the helmet. Transformation simply involves splitting open the Banana Arms open and folding the parts down. 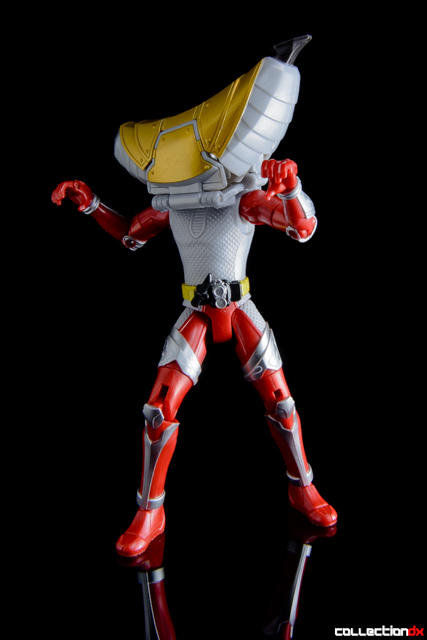 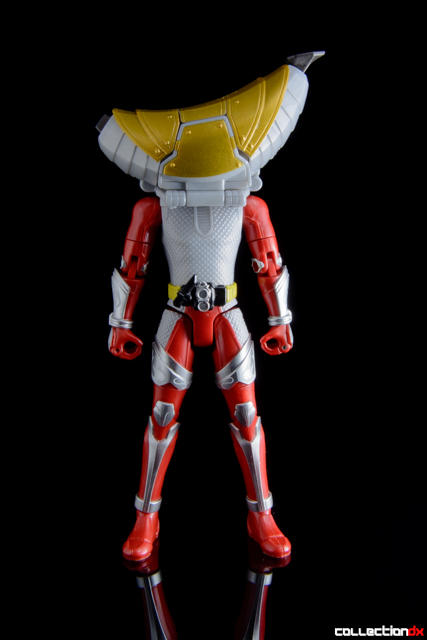 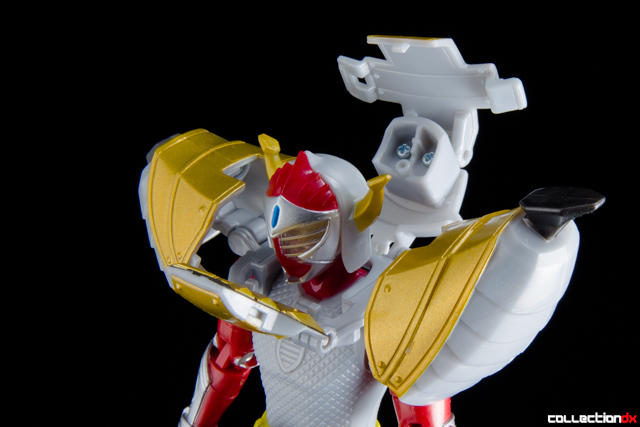 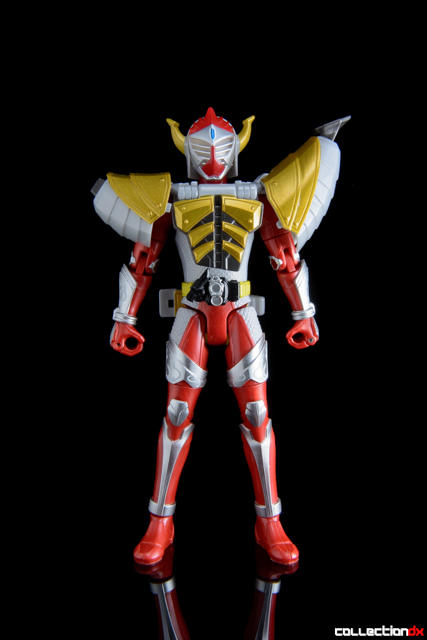 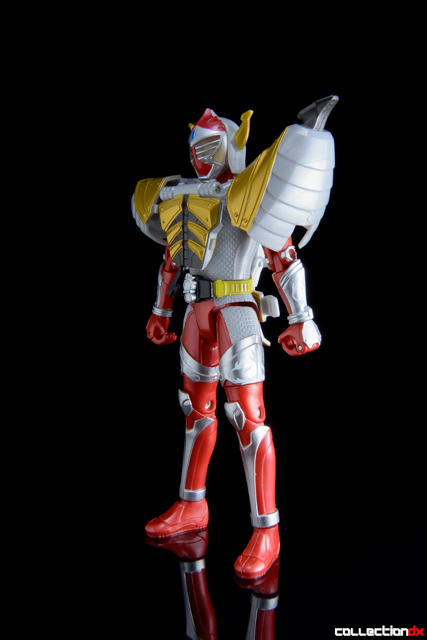 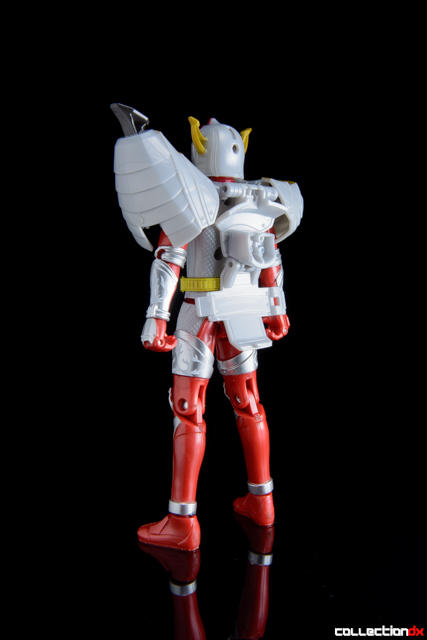 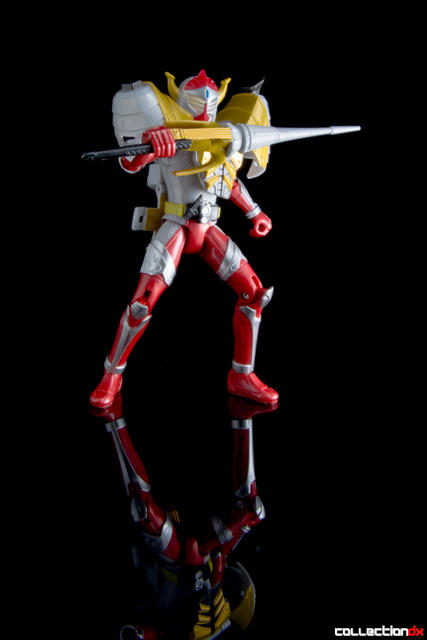 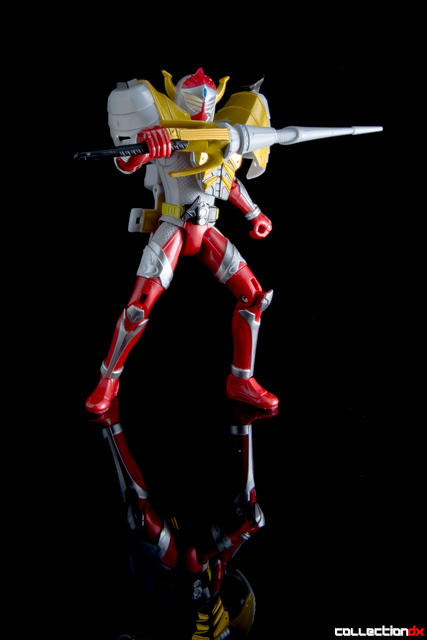 Baron has the same articulation as the rest of the Arms Change figures, but can still be posed in a variety of ways. The Banaspear can be held with two hands though the large shoulders can get in the way sometimes. 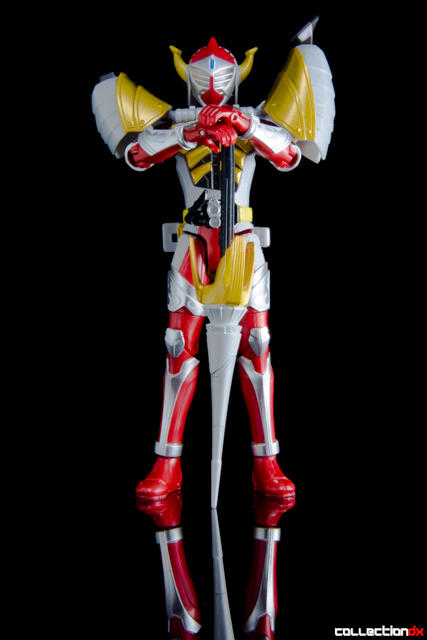 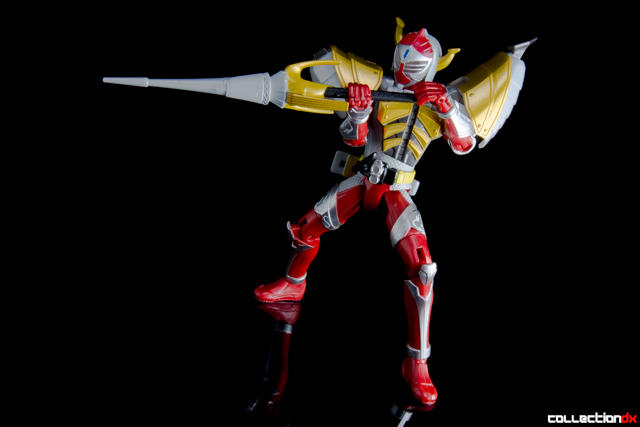 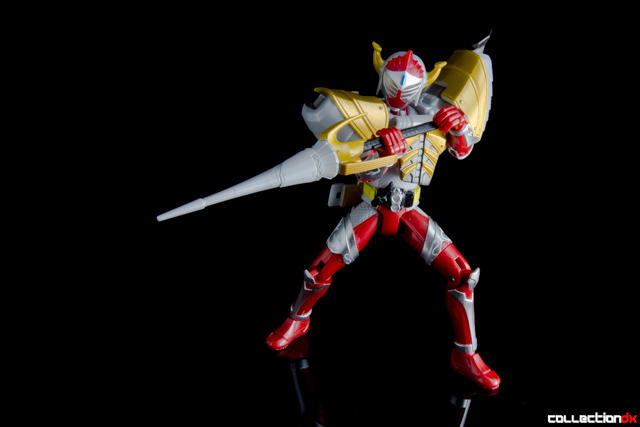 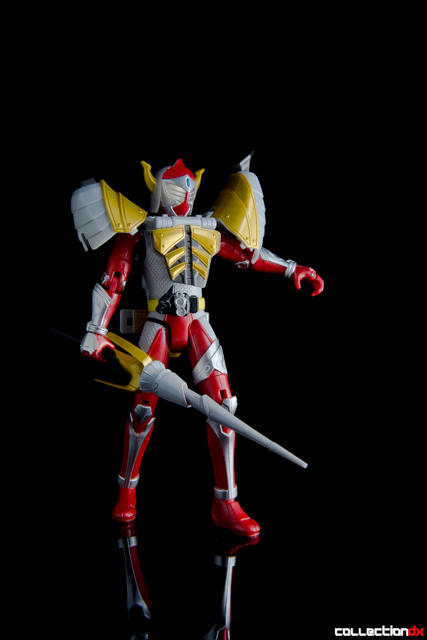 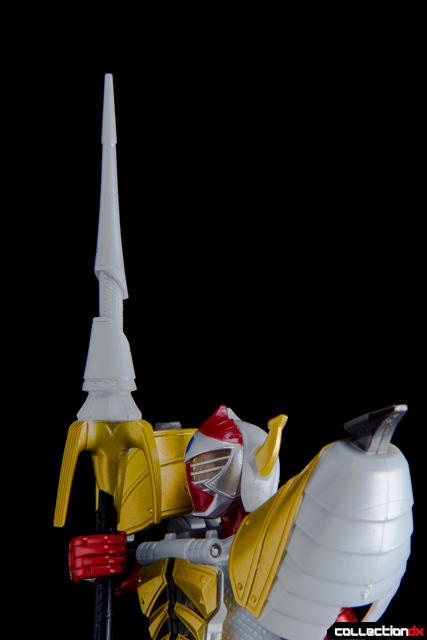 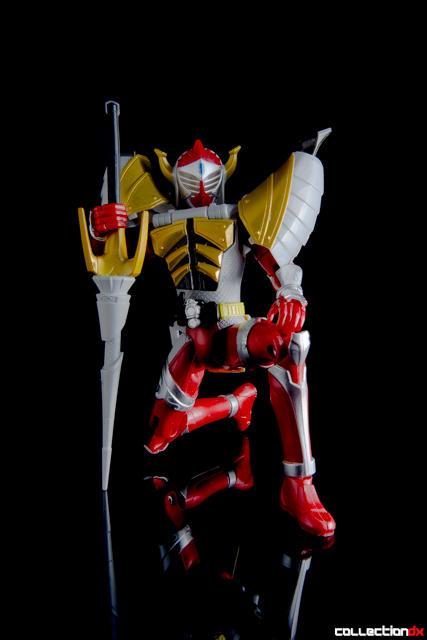 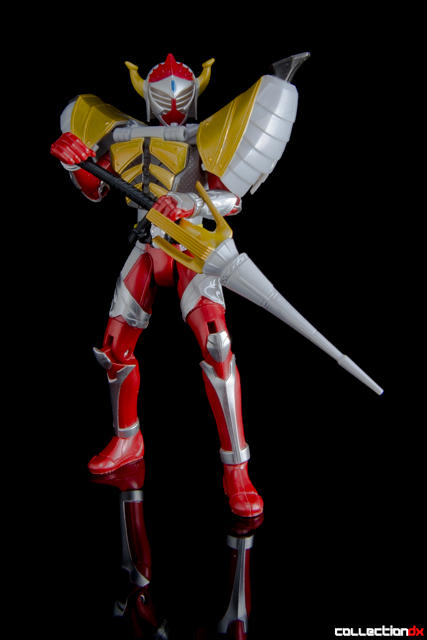 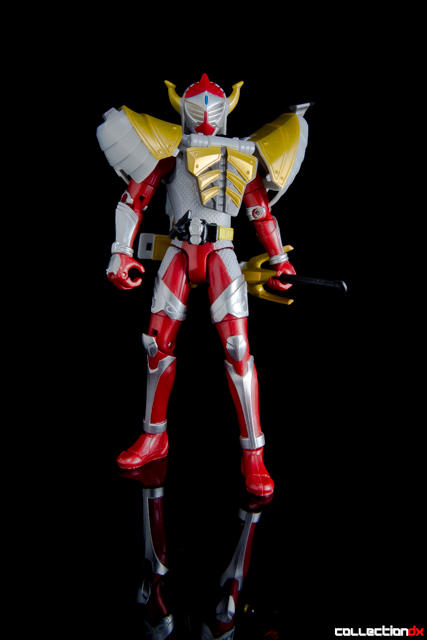 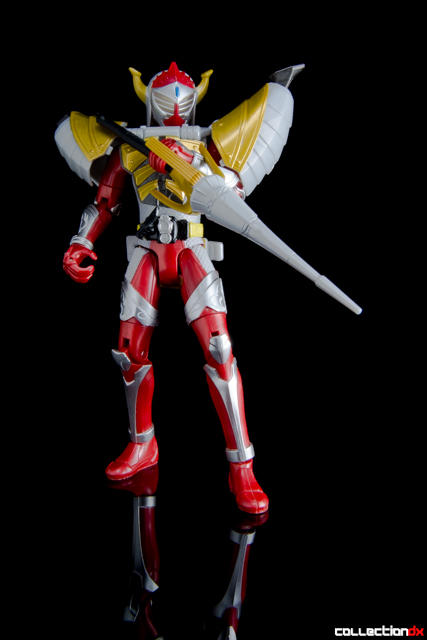 Since the gimmick of both the show and toy line are interchangeable armors, the Arms Change figures can equip any fruit armor. I think Gaim looks great in Banana Arms, with the gold complimenting the suit. On the other hand, I don’t think Baron doesn’t look as good wearing Orange Arms. The colors don’t go together too well and I’m not a fan of how the helmet looks with Baron’s head. 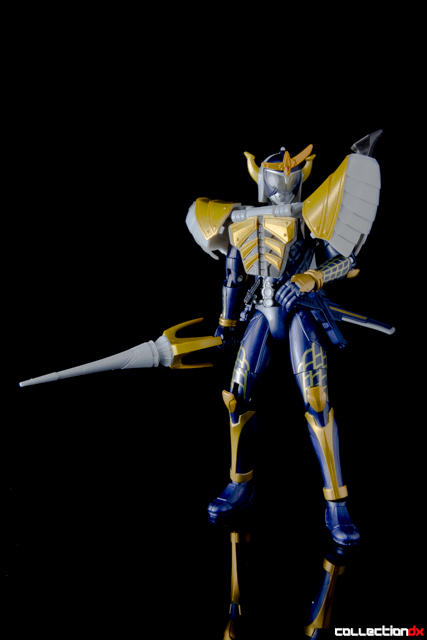 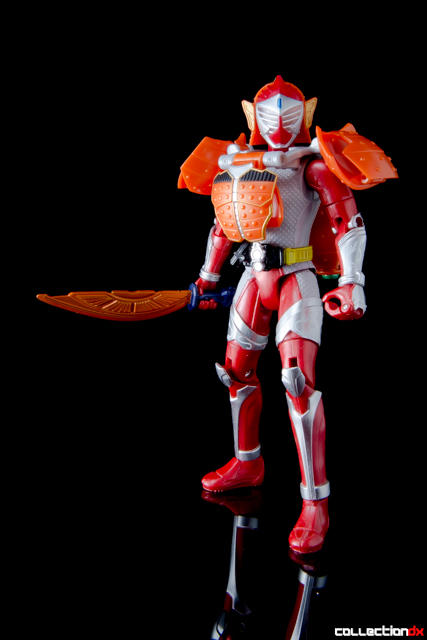 Baron is another great addition to the Arms Change line and just as fun as Gaim. He still suffers the same annoying Souchaku Henshin hands Gaim and the rest of the Arms Change figures have, but his joints are very tight. The only other problem with Baron is that it is hard to remove the folded up Banana Arms from Baron with the Helmet staying inside the Banana. I think this is more of a design with the helmet and the way it’s pulled off the body than anything else and does not take away any enjoyment in the figure. Both Gaim and Baron are equally great toys, and while I personally prefer Gaim’s design more, Baron is still a fantastically fun toy to play with. 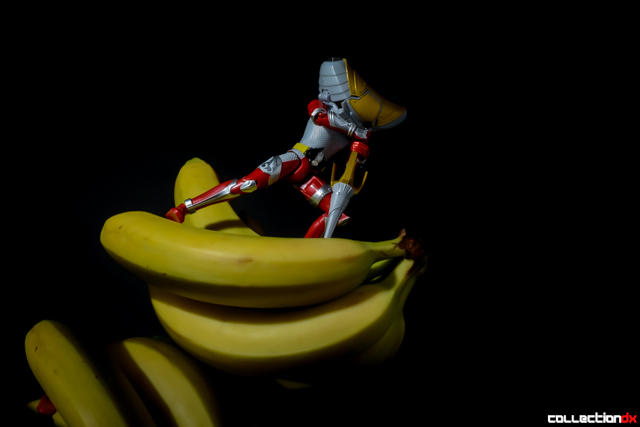 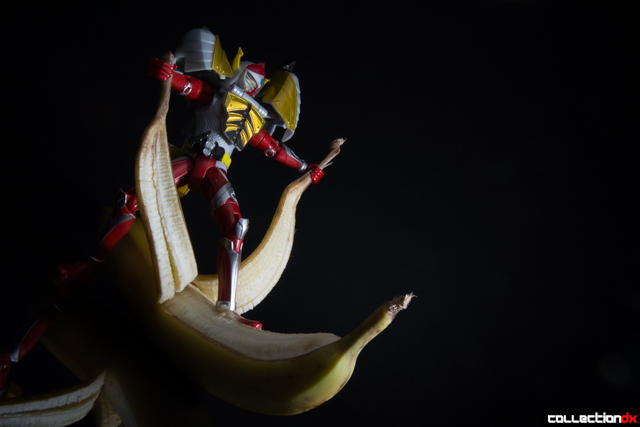 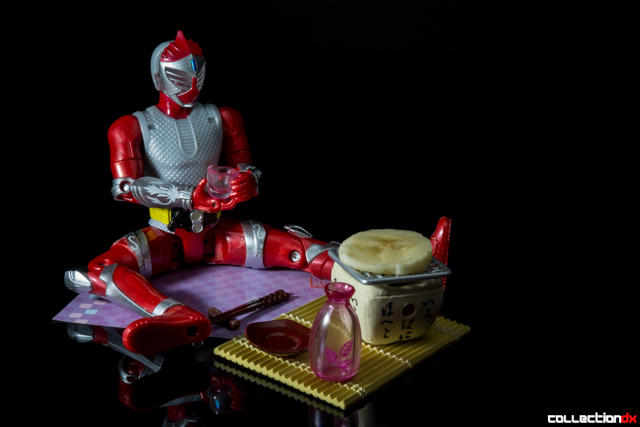 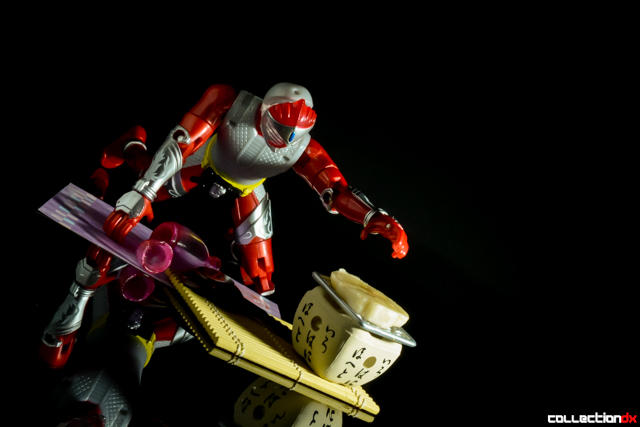 2 comments posted
Great review! Are you

Great review! Are you planning on getting the Arms Change Kamen Rider Bravo?

Thanks! I'll probably be skipping out on AC Bravo just because it's a web exclusive and I don't want to pay that much for a gimmick line figure. Also, I don't want to buy an actual Durian.