One of the best things to come out of Gundam SEED were its side stories. The various manga did a wonderful job of fleshing out the Cosmic Era which is full of awesome mobile suit variants and entirely new design as well. Most notably is the mobile suits designed by ORB: The Gundam Astray.

The Astray is a prototype mobile suit, and it really looks the part. It doesn't have the standard flashy bits and pieces of a titular Gundam. It really does look like a test bed for new technologies, and I like that a lot. 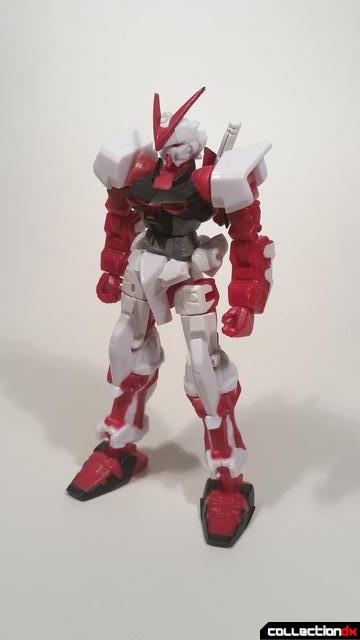 The red and white throughout are actually really well applied. This is a figure that could have easily been a sea of red unpainted plastic, but most of the major details are present. 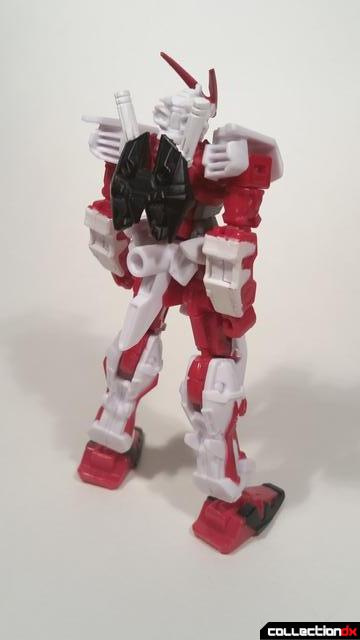 The Astray's head is long and its V-fin is huge, just like it should be. 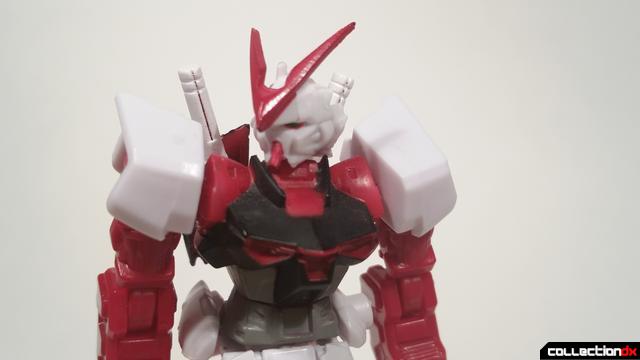 As a prototype mobile suit, there's not a lot of armor or fancy pieces that get in the Astray's way. So it can move pretty freely. Especially in its feet. 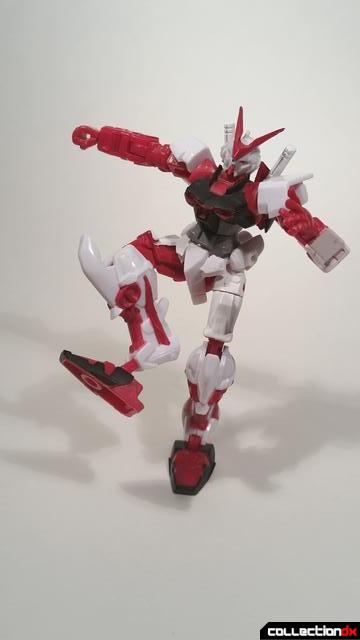 Astray features the triumphant return of my beloved swing out ankle, and with no armor impeding its feet, it can do all kinds of crazy stances! 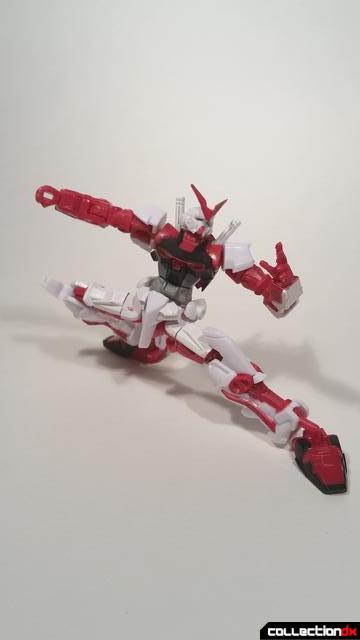 Now the Astray Red Frame is most well known for using its giant sword, the Gerbera Straight. As this was still in a time period when most mobile suits ran on batteries, a melee weapon was actually a really good idea. 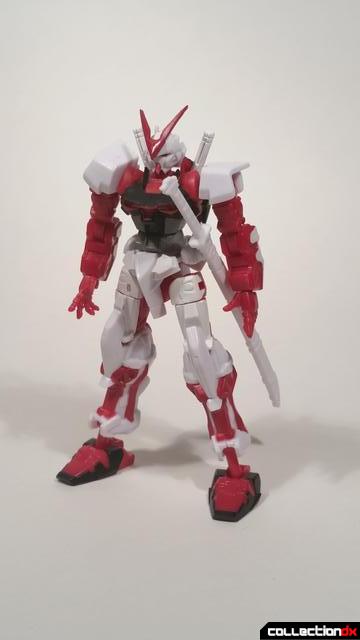 There are two scabbards included. One with the Gerbera Straight still in place, and the other empty. 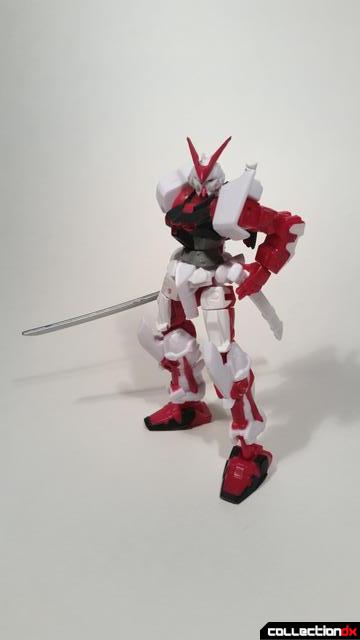 There's not a lot to say about the sword. It's silver, well painted, and Astray can totally hold it with two hands if you try. 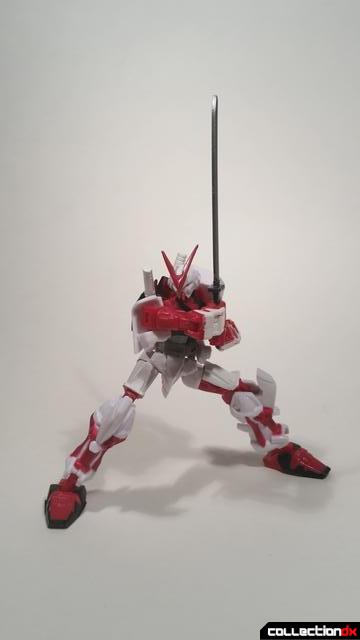 Although personally, I think it looks much better when Astray is swinging it around heroically. 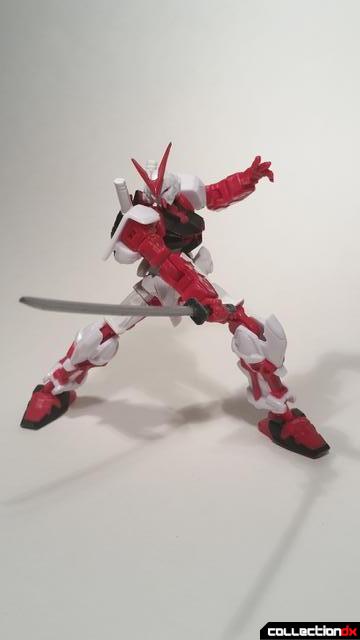 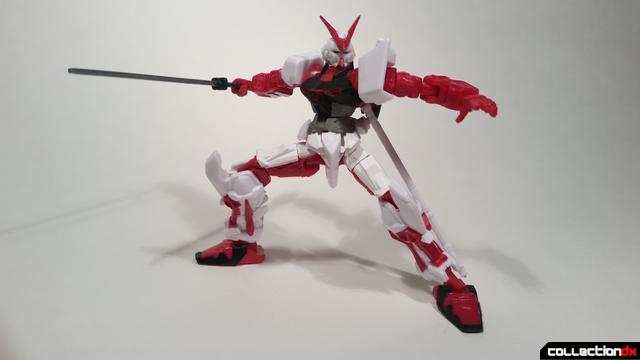 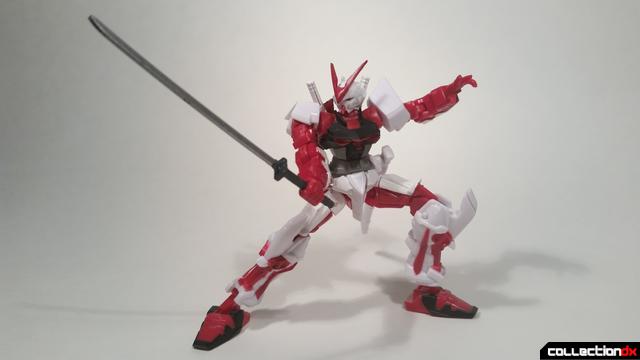 Assault Kingdom is a line that I wouldn't expect to ever give much attention to secondary or even MSV mobile suits. So the fact that the line went a little astray and covered a Gundam from a manga series makes me very happy. The insane ankle posability and unique aesthetics of this figure easily make it one of my favorite figures in the line so far. Now, give us a Blue and Gold Frame as well! 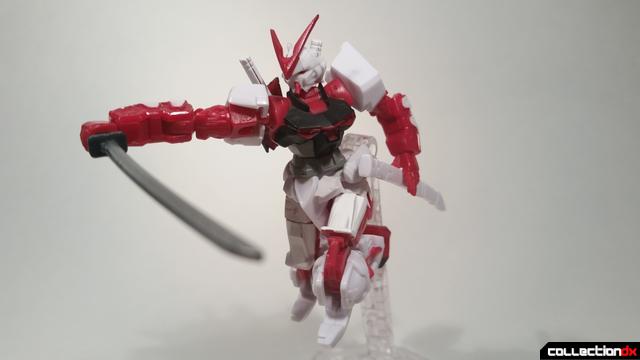 2 comments posted
BAH, I didn't know they made

BAH, I didn't know they made the Red Astray! Crap, I gotta track that down.

Fun review, always happy to see more Astray! Yet, I see this and I feel like I need a gallon of red paint... and frell, some white paint too.... leave us and lock the door.