Review sample provided by Bluefin. Get yours at BigBadToystore!

Releasing bikes for the SH Figuarts line has been a long and confusing ride. Bandai originally showed a lot of concern and fear regarding how well these accessories would sell, and the first several bikes in the line were web exclusives that proved very annoying to get a hold of for a reasonable price. Despite that, quite a number of bikes and machines have made their way into a main line release over the years. The latest being the ride of the titular Kamen Rider Blade.

If there was one set of bikes that needed to be released at retail, it would definitely have to be Kamen Rider Blade since they rode those things everywhere in the show. Although I was quite happy with just having my Kamen Rider Blade stand, having a sick new ride for him is quite nice.

The Blue Spader is a simple but stylish bike. With loads of silver paint and a details. The clear plastic used for the front wind shield is beautiful and looks crisp. 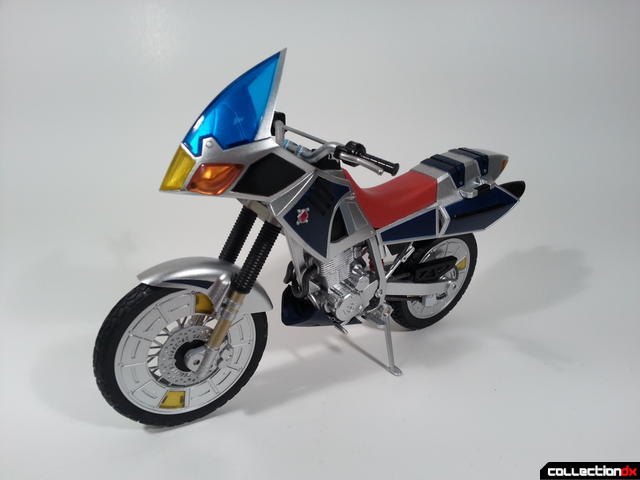 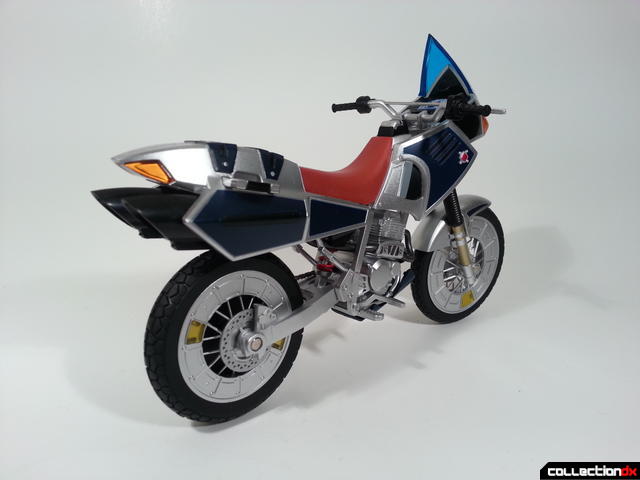 There's not a lot of detail, but everything you would except is there, including the display for the bike's controls. 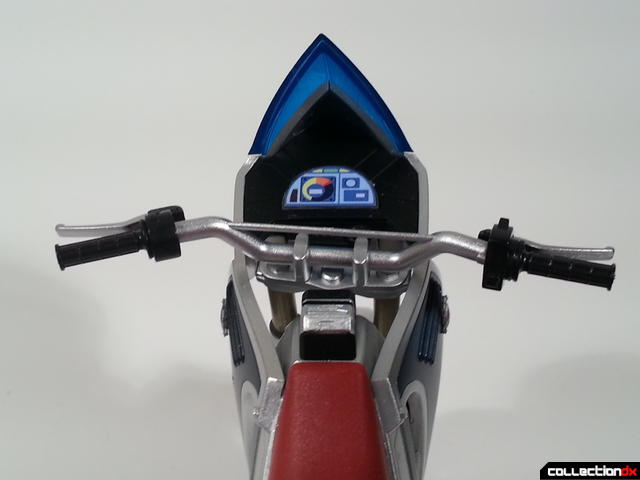 The axle turns, and the back wheel has suspensions as well. Combine that with the incredibly tough rubber used for the tires, and you have a very satisfying bike. 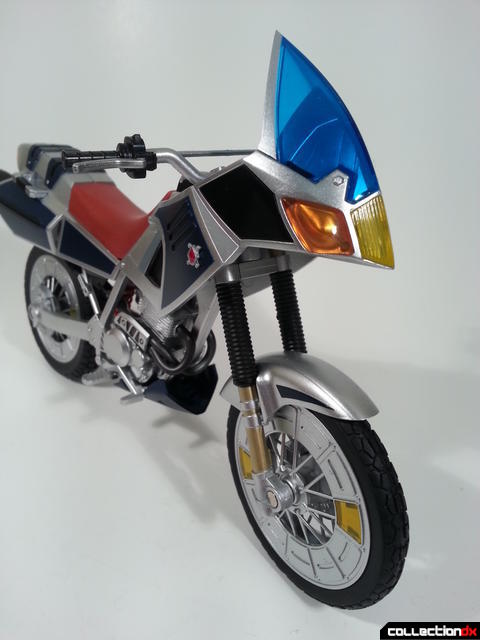 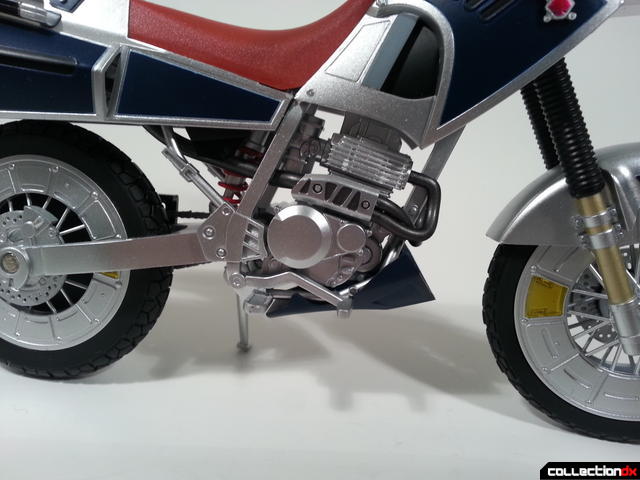 But what's a bike without a rider? Thankfully Kamen Rider Blade can easily get on his bike with the help of some holding hands that hold the handles of the bike very well. 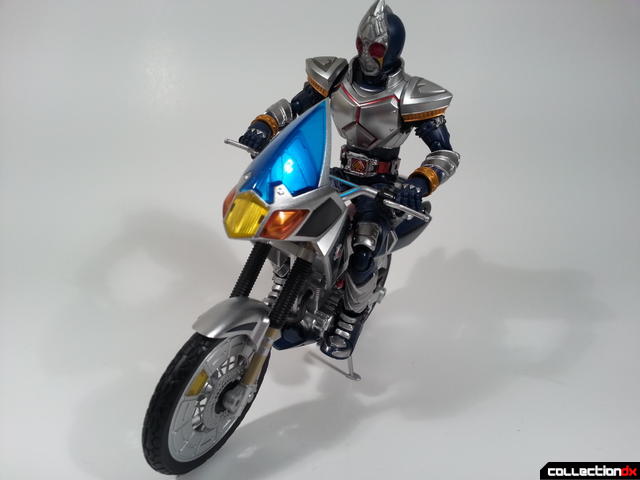 In order to support the bike upright, a small plastic holding piece is included for the rear tire. 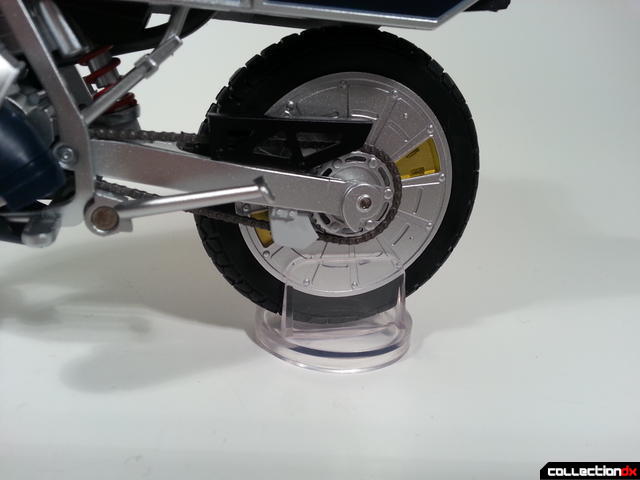 With that, Kenzaki is ready to ride into battle against the Undead! 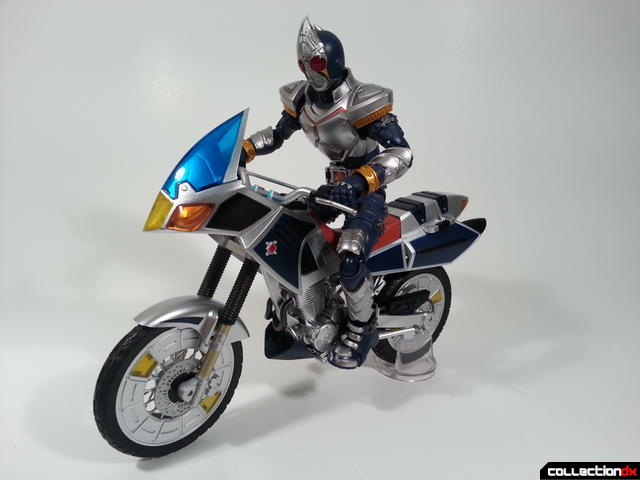 Well, at long as you don't pull too hard on his handles, which seem to unpeg a bit easily. A second set is included, but feels superfluous. I'm honestly considering gluing them into place. 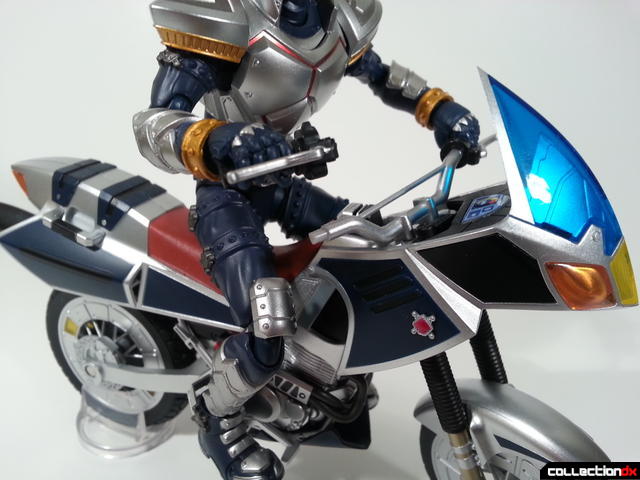 Despite that, this is a very nice looking bike. It doesn't do a whole lot, and if you're just a casual fan of this design I would say skip it. But if you love Kamen Rider Blade as much as I do, you owe it to give Kenzaki an opportunity to shake it up. 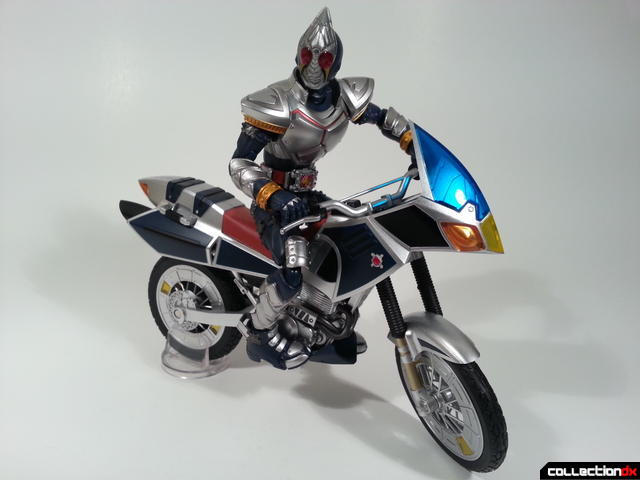 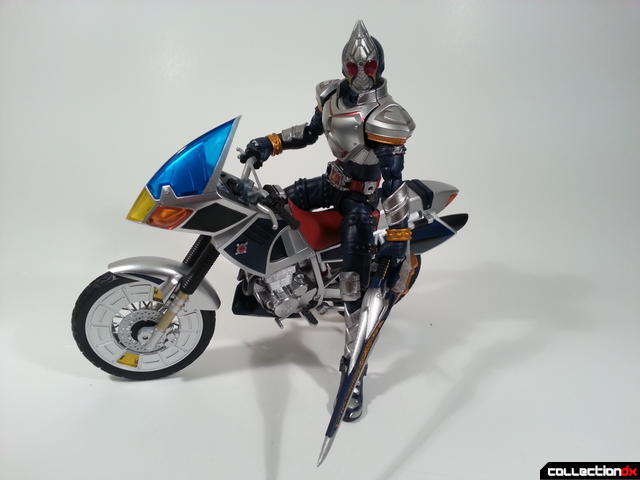 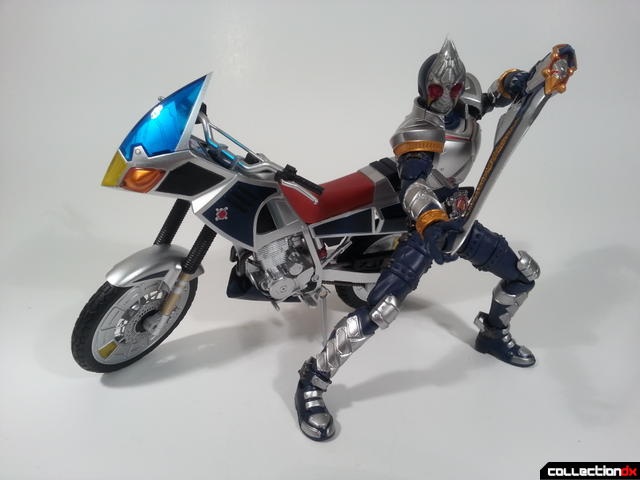 Review sample provided by Bluefin. Get yours at BigBadToystore!