In order to escape the suffering of being a bullied weakling, Haruyuki Arita wanted to rise into the sky…

After becoming Silver Crow in the game ‘Brain Burst!’ he could do just that. 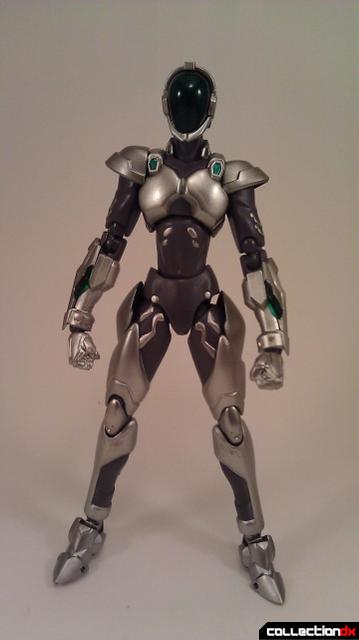 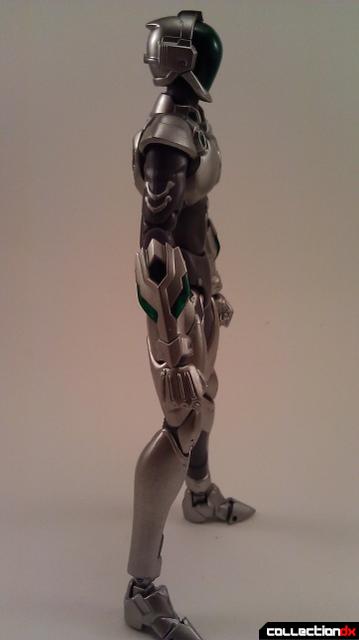 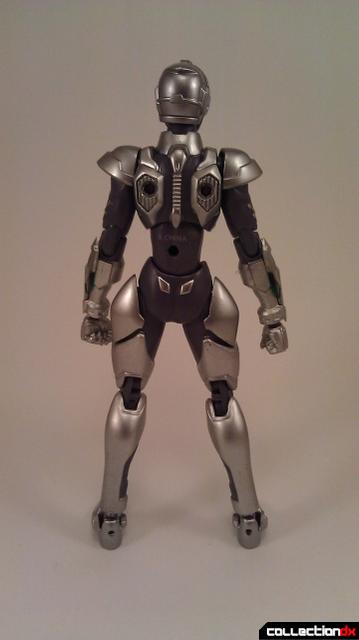 This toy depicts the battle avatar of Haru from the anime Accel World. After being suddenly thrust into this world of vibrant colors and no-holds-barred brawling he soon discovered that each avatar's special ability is based off of the deepest fears and desires of the person they represent. 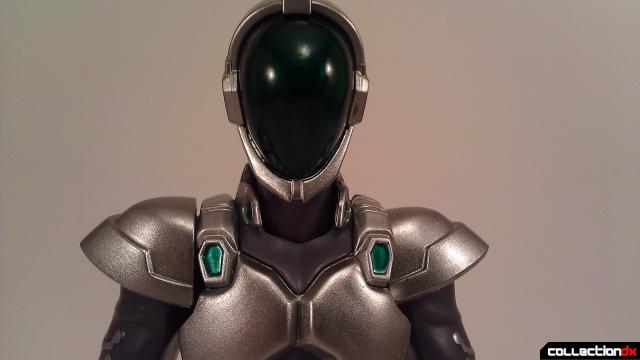 In his case Silver Crow embodies his yearning to touch the sky, and so he achieves a special power. Wings! 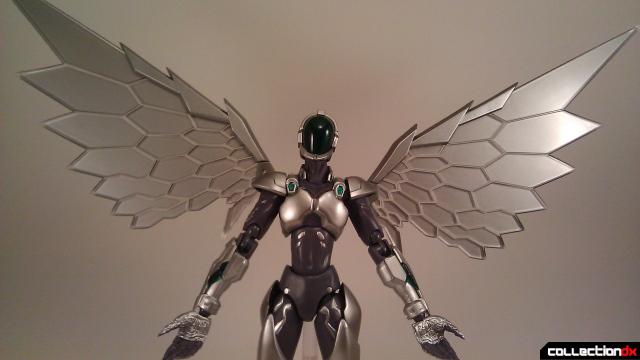 As one of the latest releases in the S.H. Figuarts line Silver Crow exemplifies the evolution of the toy line. His slim build, reminiscent of earlier Figuart releases, fits the character perfectly. The gunmetal silver has just the right amount of sheen and the clear green plastic accents the rest of him quite nicely. In short, appealing to the eyes and accurate to the character.

It also comes with a vast plethora of accessories to keep the avid imagination busy. He has a total of five pairs of hands including: knife hands, calm open hands, calm curled hands, splayed open hands, plus the standard fists. His laser sword, punch effect, and swappable arms round off things nicely. 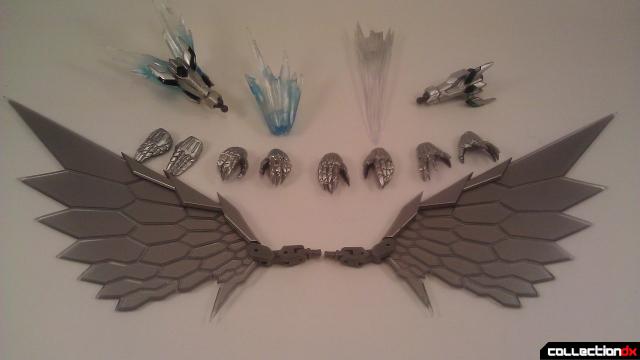 Another unique feature of this toy lies in its back. There’s a peg hole designed to allow him to easily plug into the arm end of the provided Tamashii Stage. After all, the standard clamp would barely work around his super skinny waist. 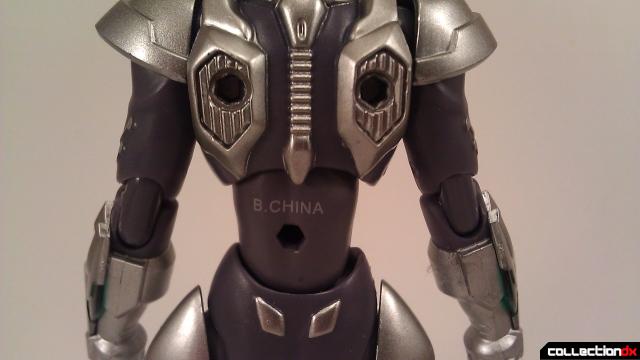 The arm swap gimmick is easy and allows for a lot of great action poses, especially when combined with the wings. 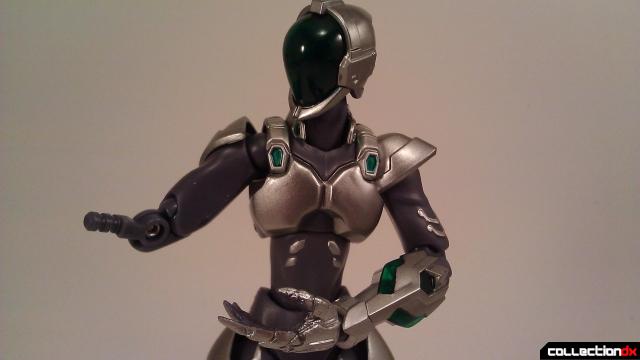 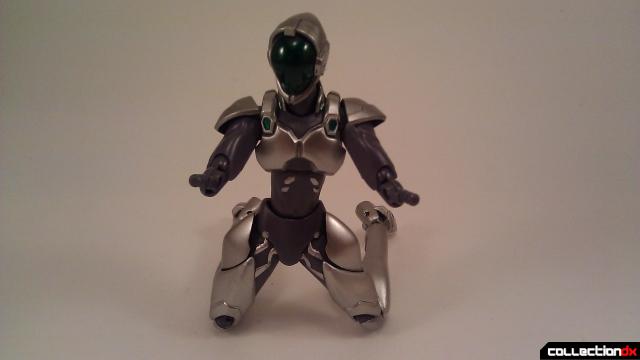 Speaking of the wings, they are magnificent! Beautifully rendered in metallic silver inside of clear plastic, the wings are definitely the main attraction. With multiple joints, posing the wings for any kind of look is easy. 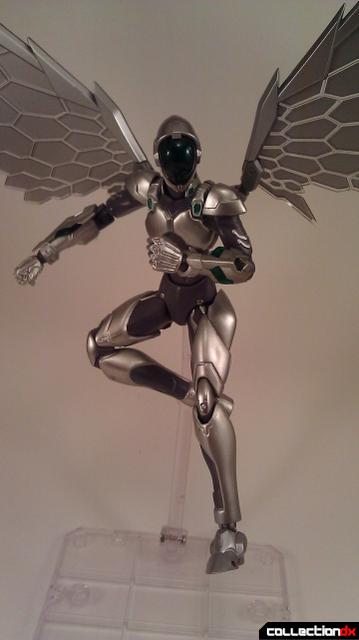 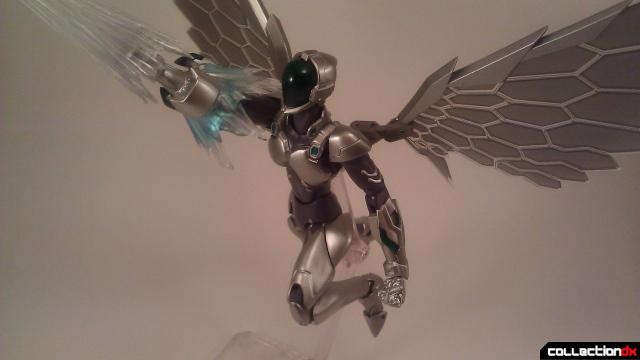 Articulation is superb, as is to be expected with the S.H. Figuarts line. Double jointed everything just about everywhere, though he does have a couple of minor flaws. The tiny shoulder pads can sometimes hinder his arms if you’re going for a really crazy pose and his neck can only move back so far. This can be a problem for some flight poses. 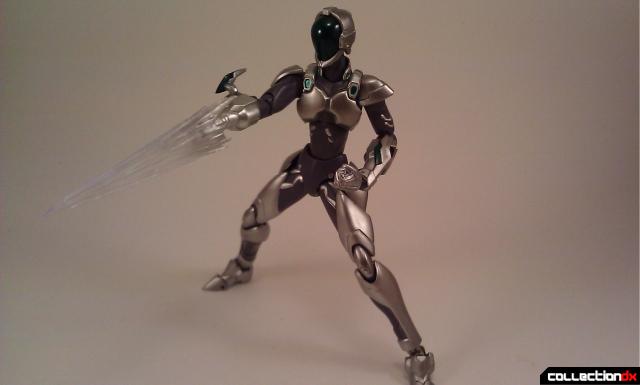 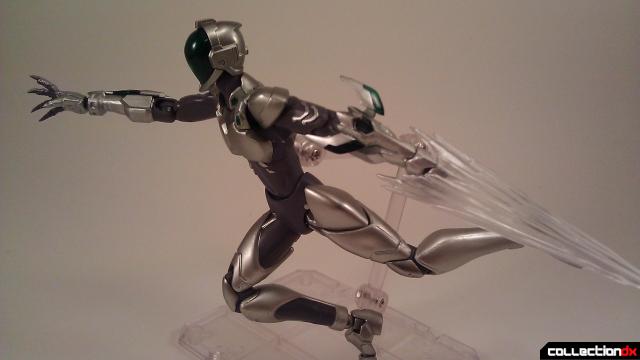 Teeny tiny flaws aside, Silver Crow is a fantastic addition to anyone’s collection be he toy fan or anime fan. The gorgeous wings, unique to a non-Tamashii web excusive toy, are a really big selling point and promise hours upon hours of cool poses. 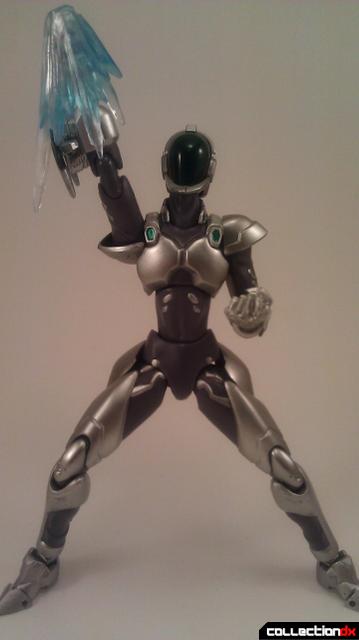 2 comments posted
Thanks for the review. I have

Thanks for the review.
I have always found the design for the silver crow kind of neat, but also a bit generic. I wonder if it will evolve as the series progresses.

His design has always felt to me like it represented the idea of potential. Of hidden growth. And he embodies that idea in the show pretty well I feel. Glad you enjoyed the review yours are pretty top notch, too.